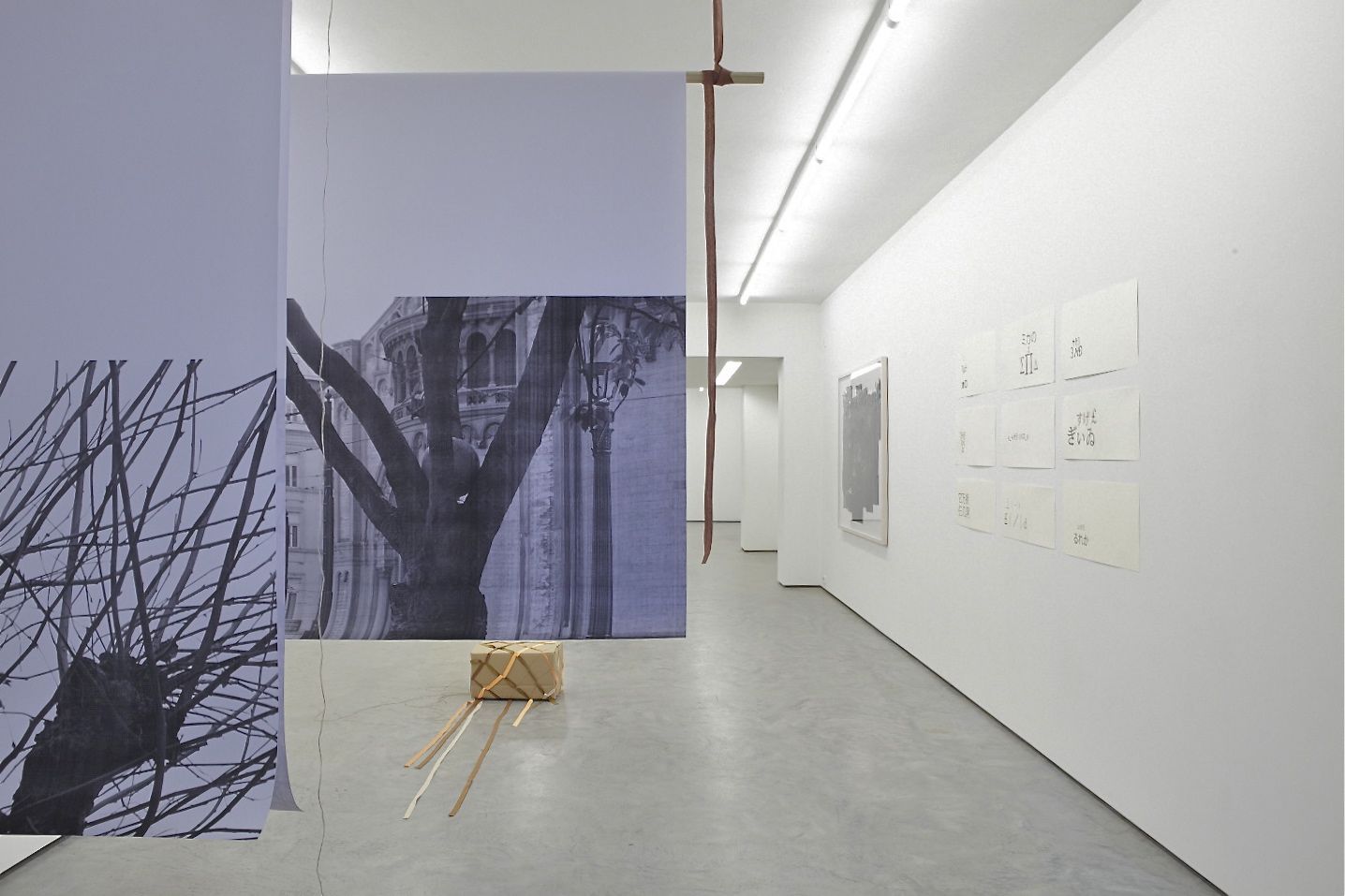 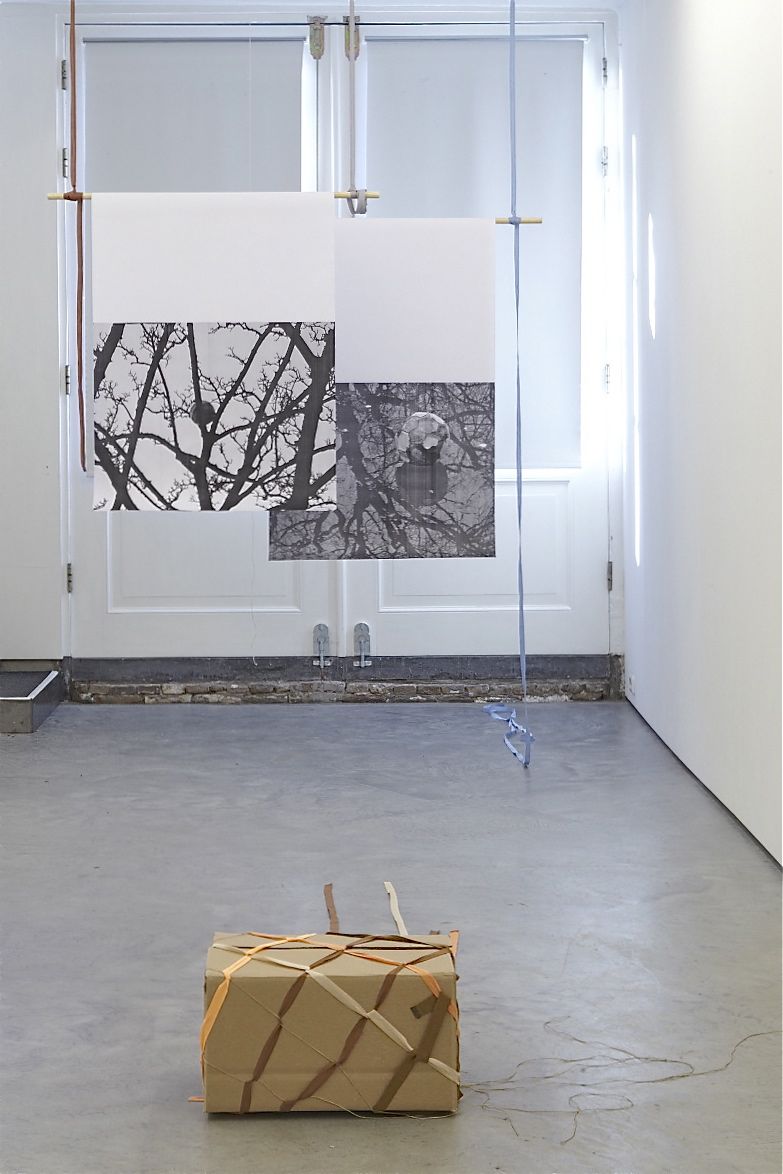 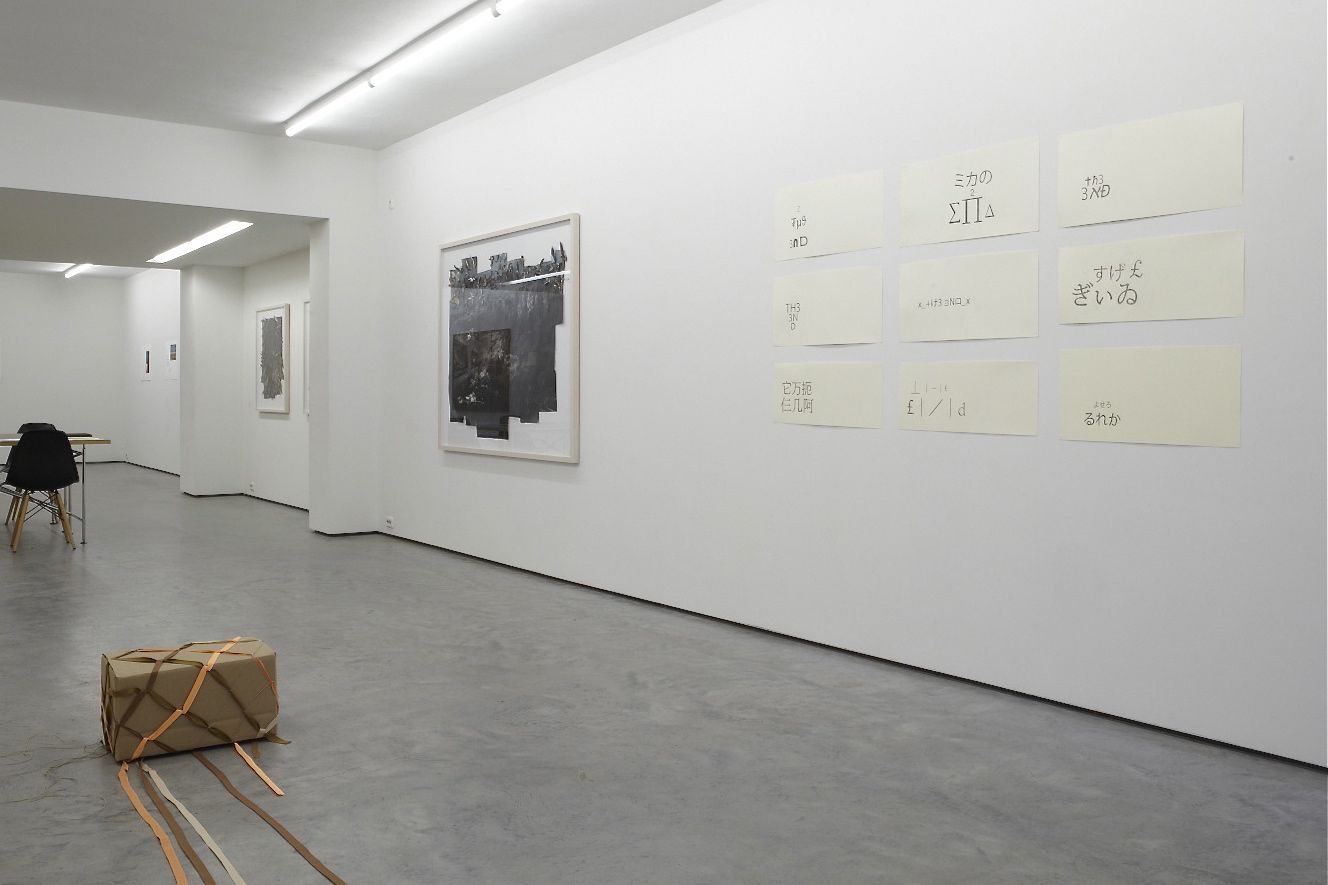 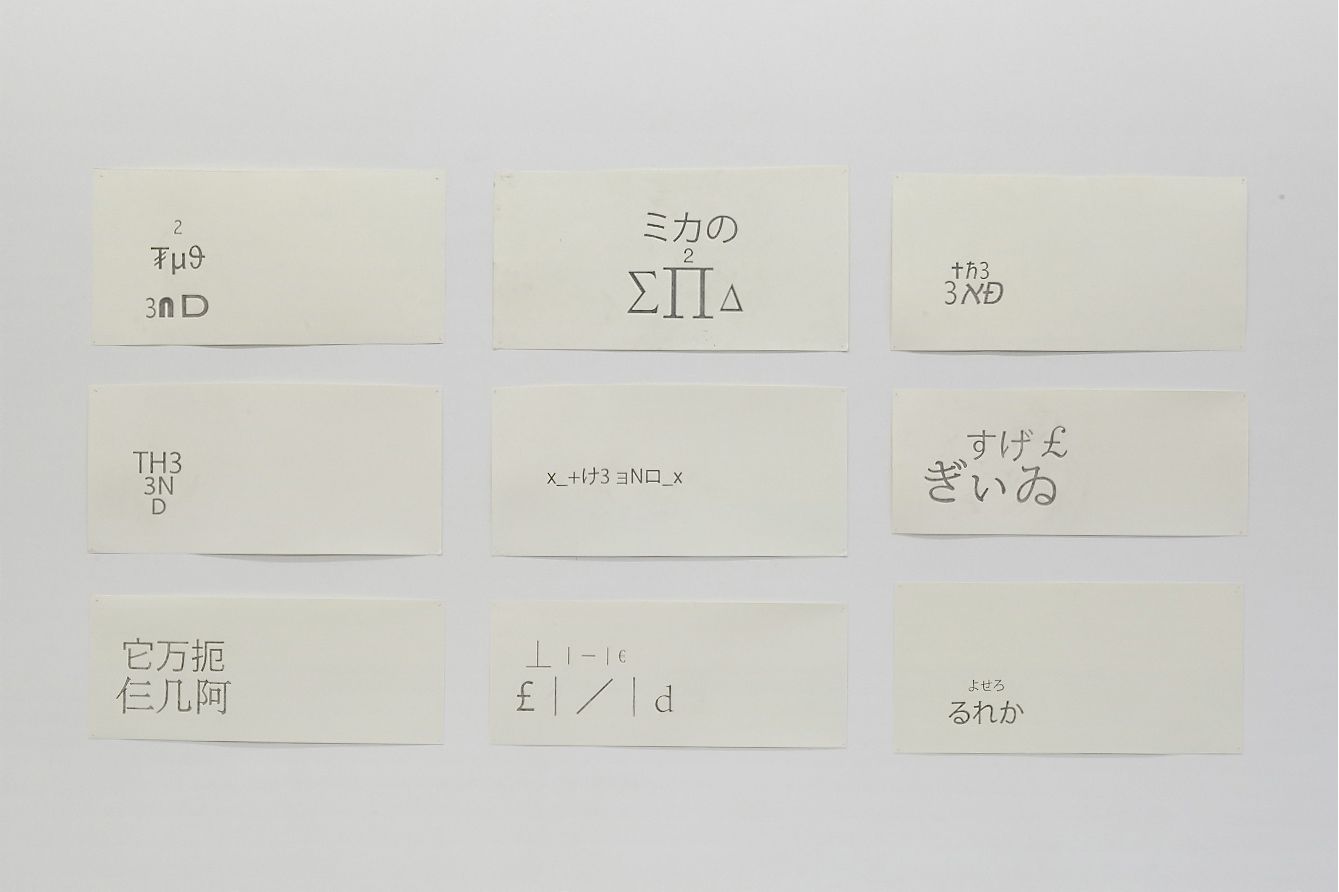 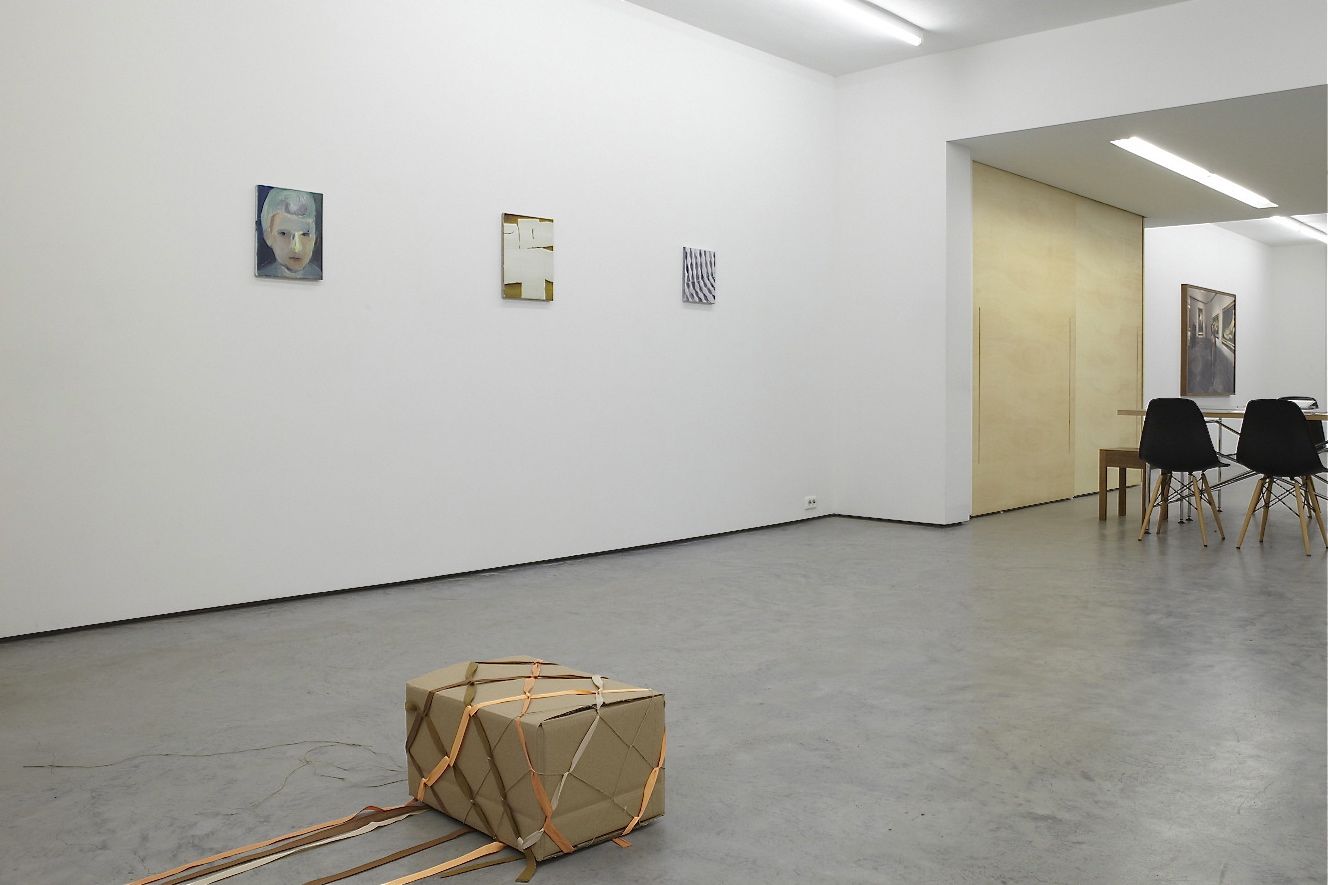 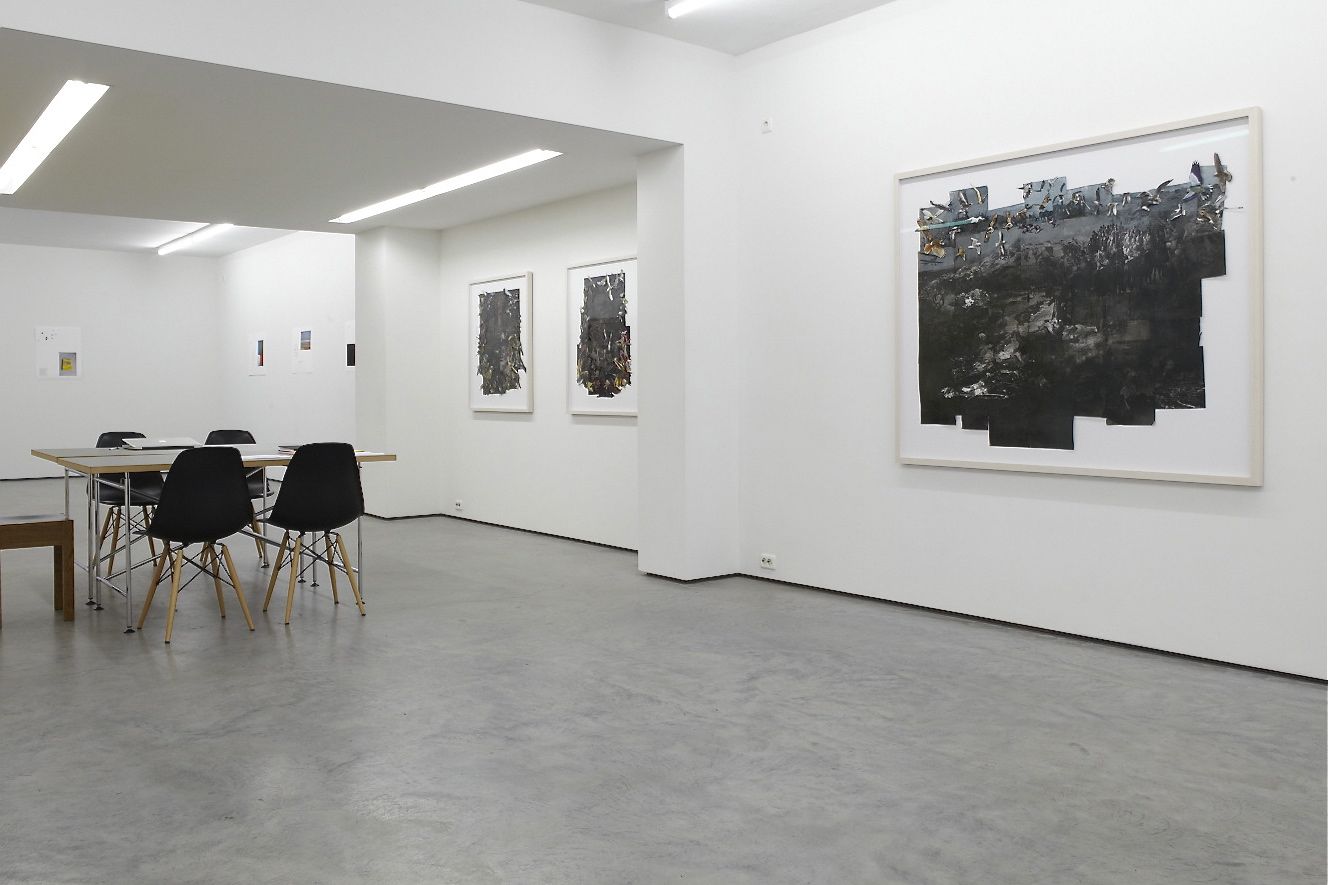 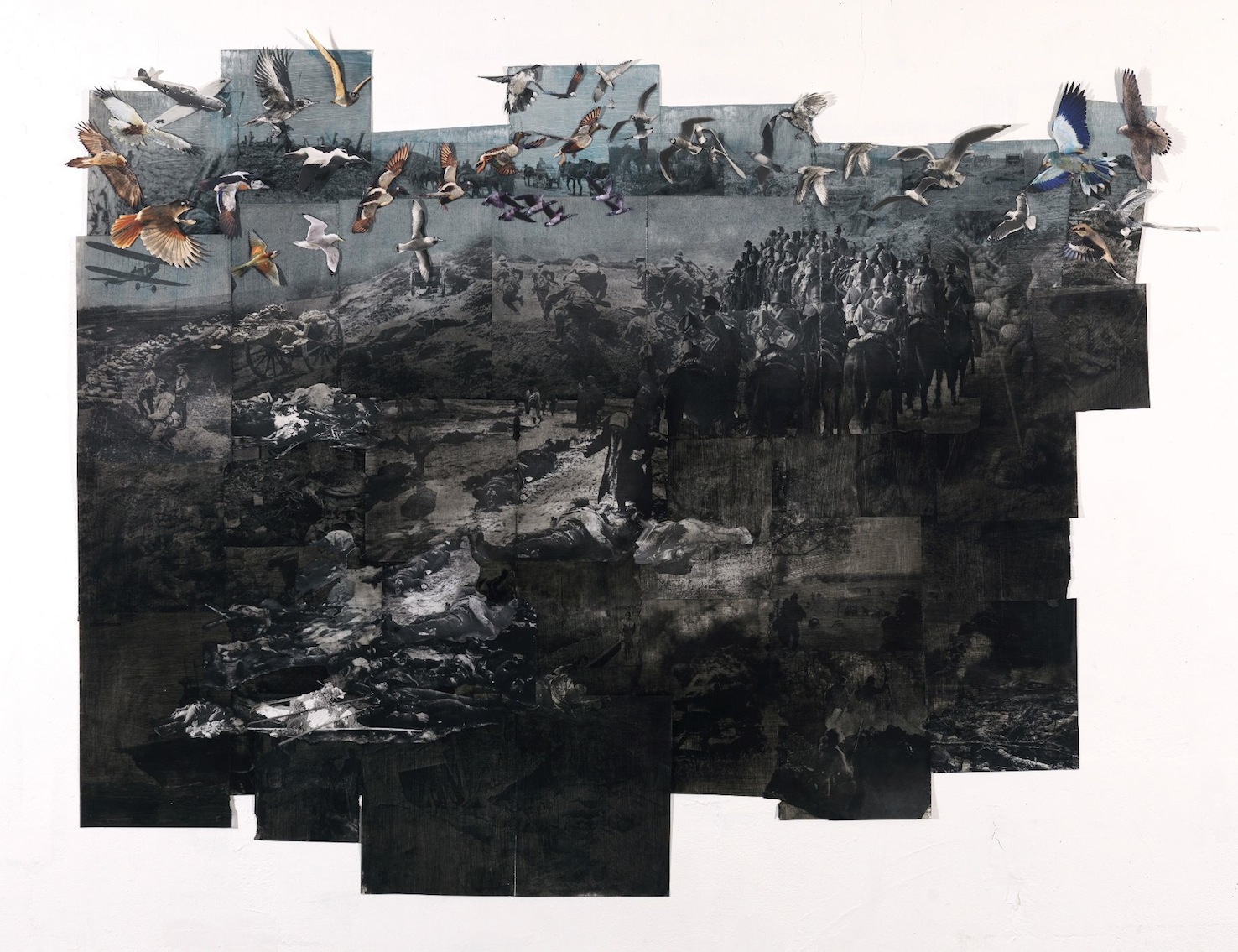 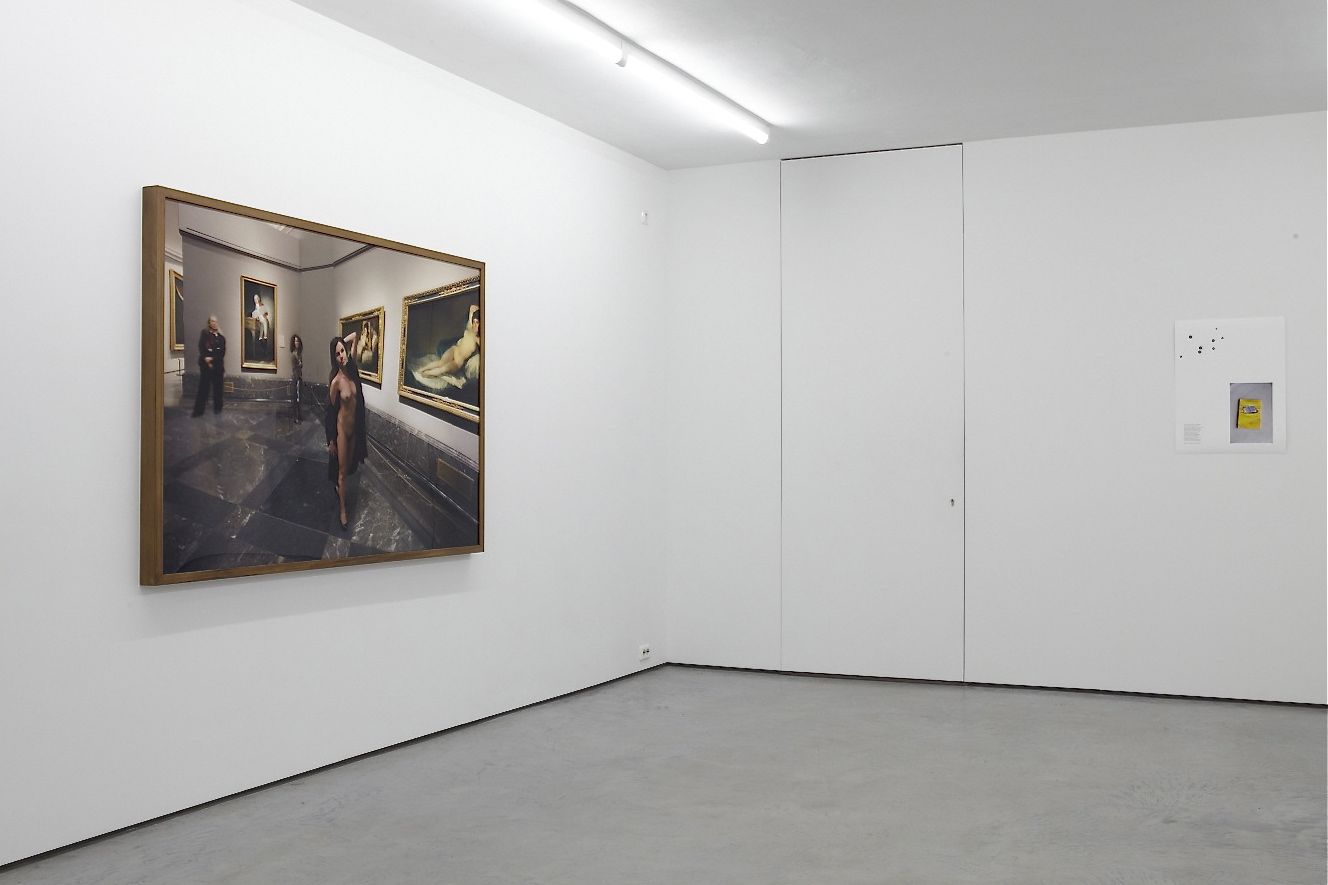 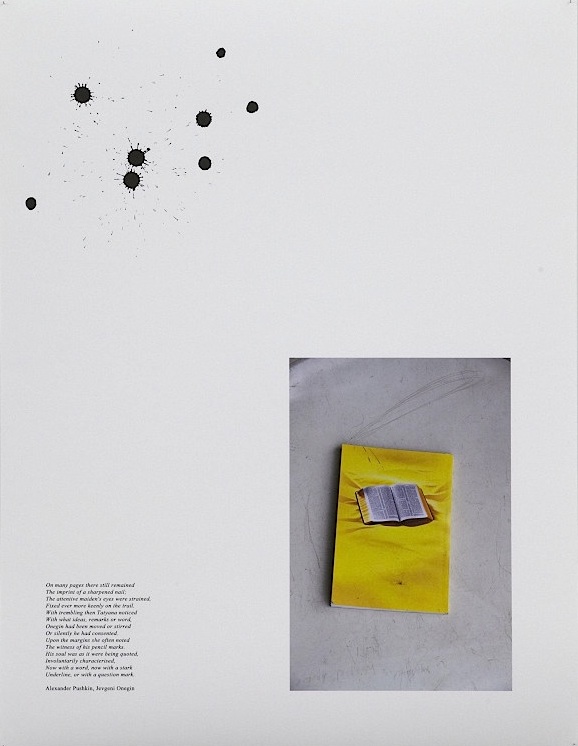 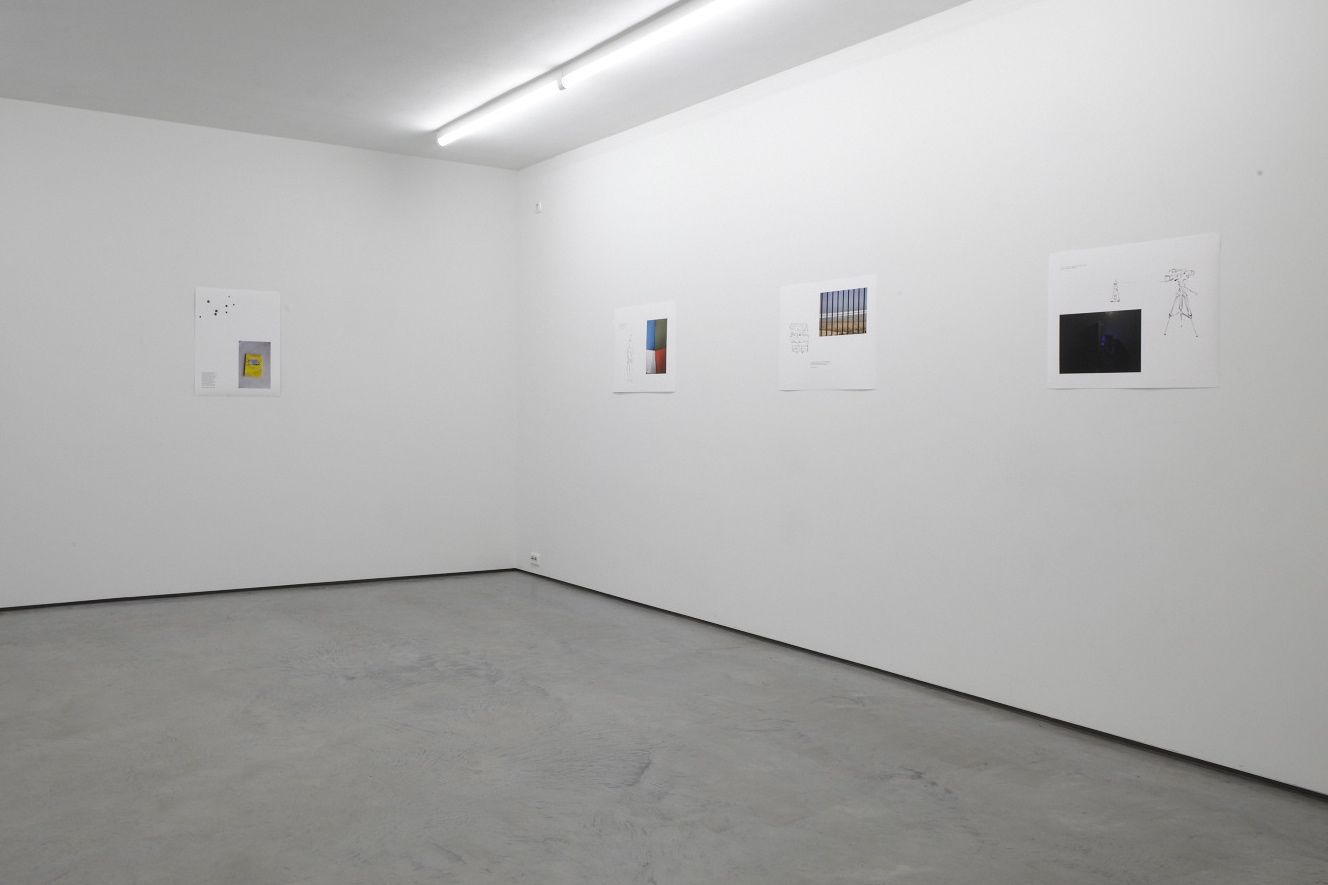 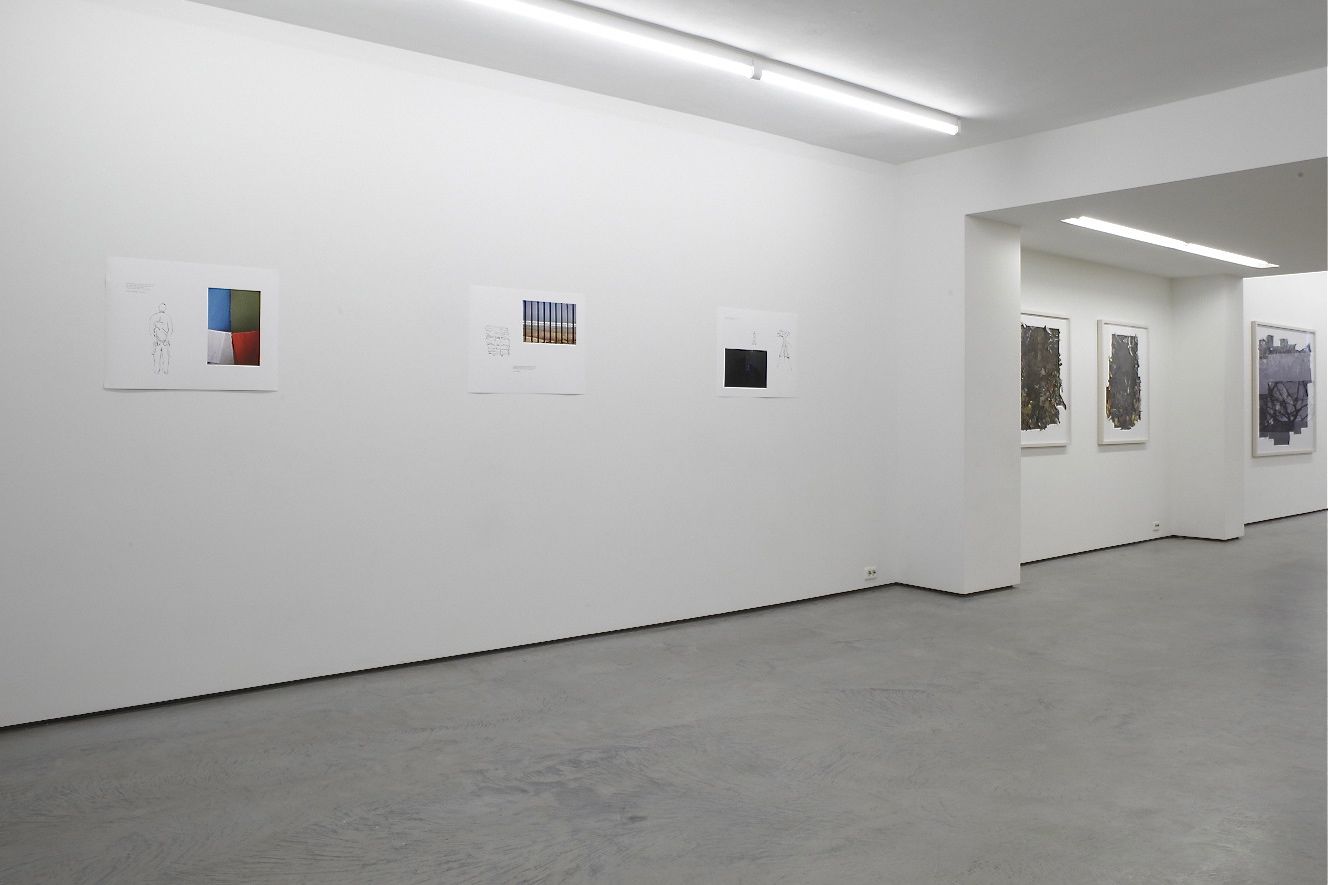 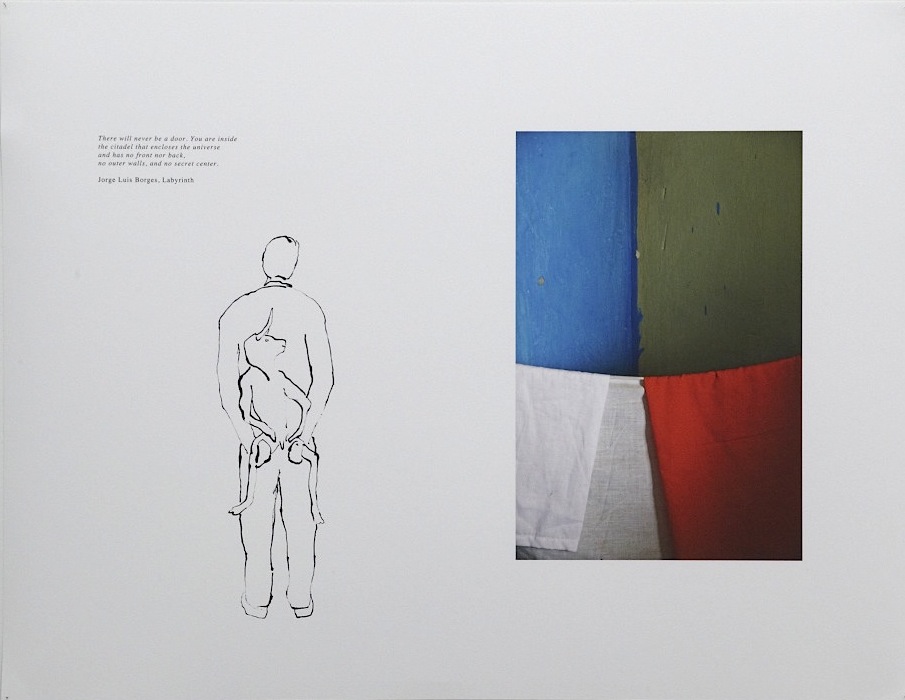 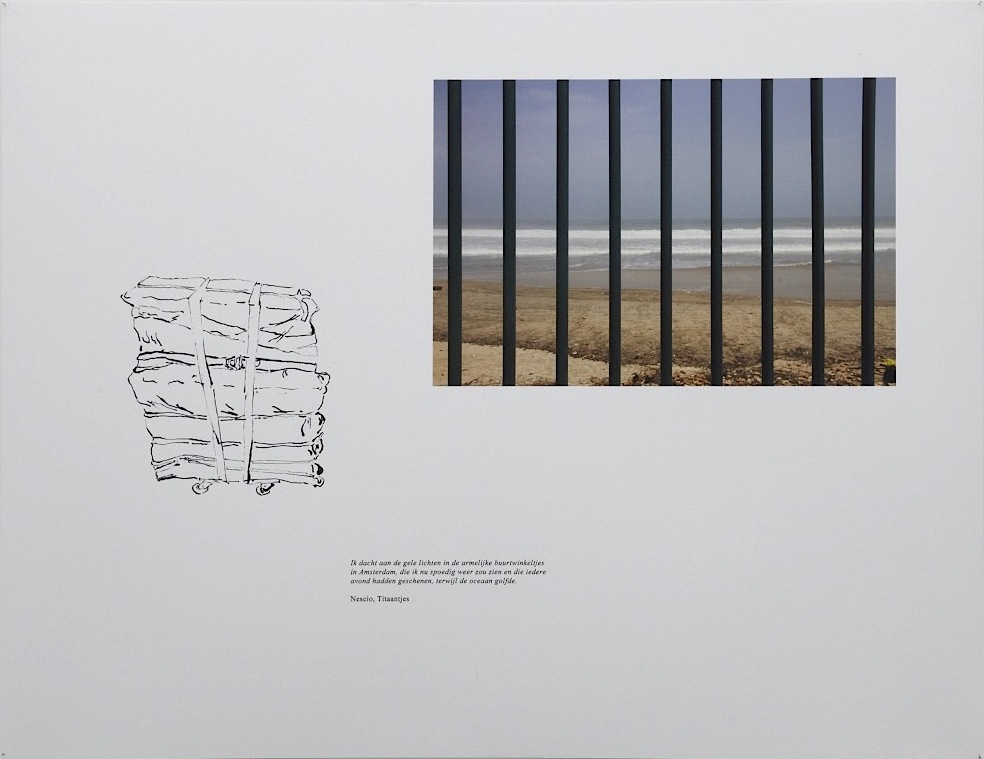 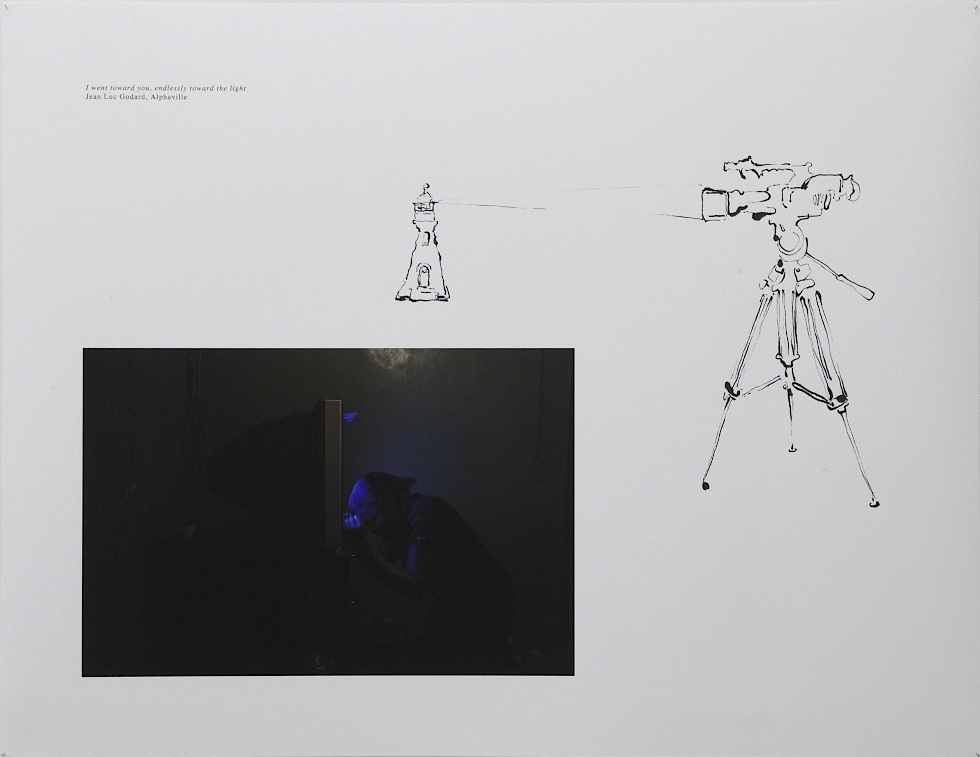 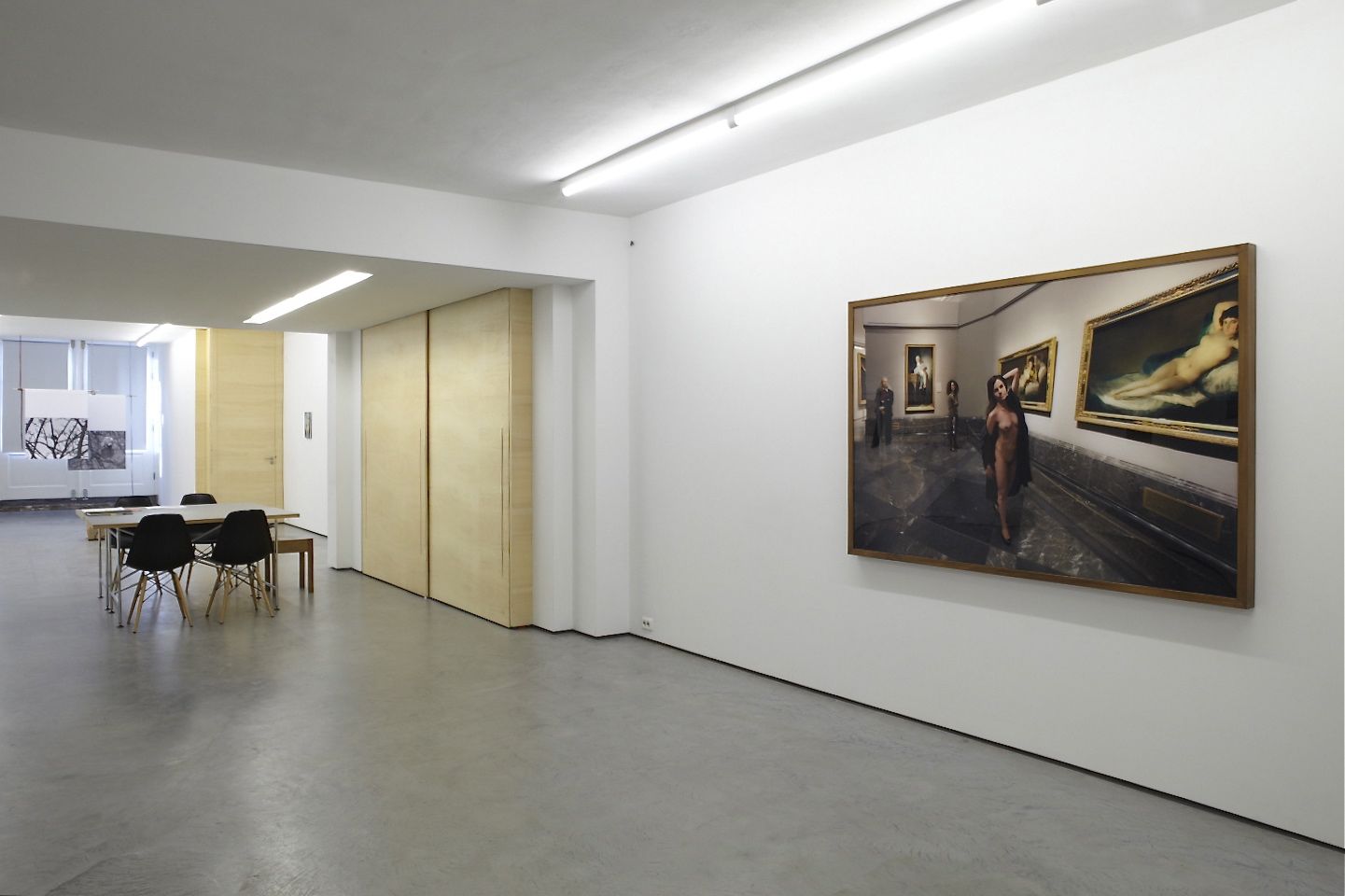 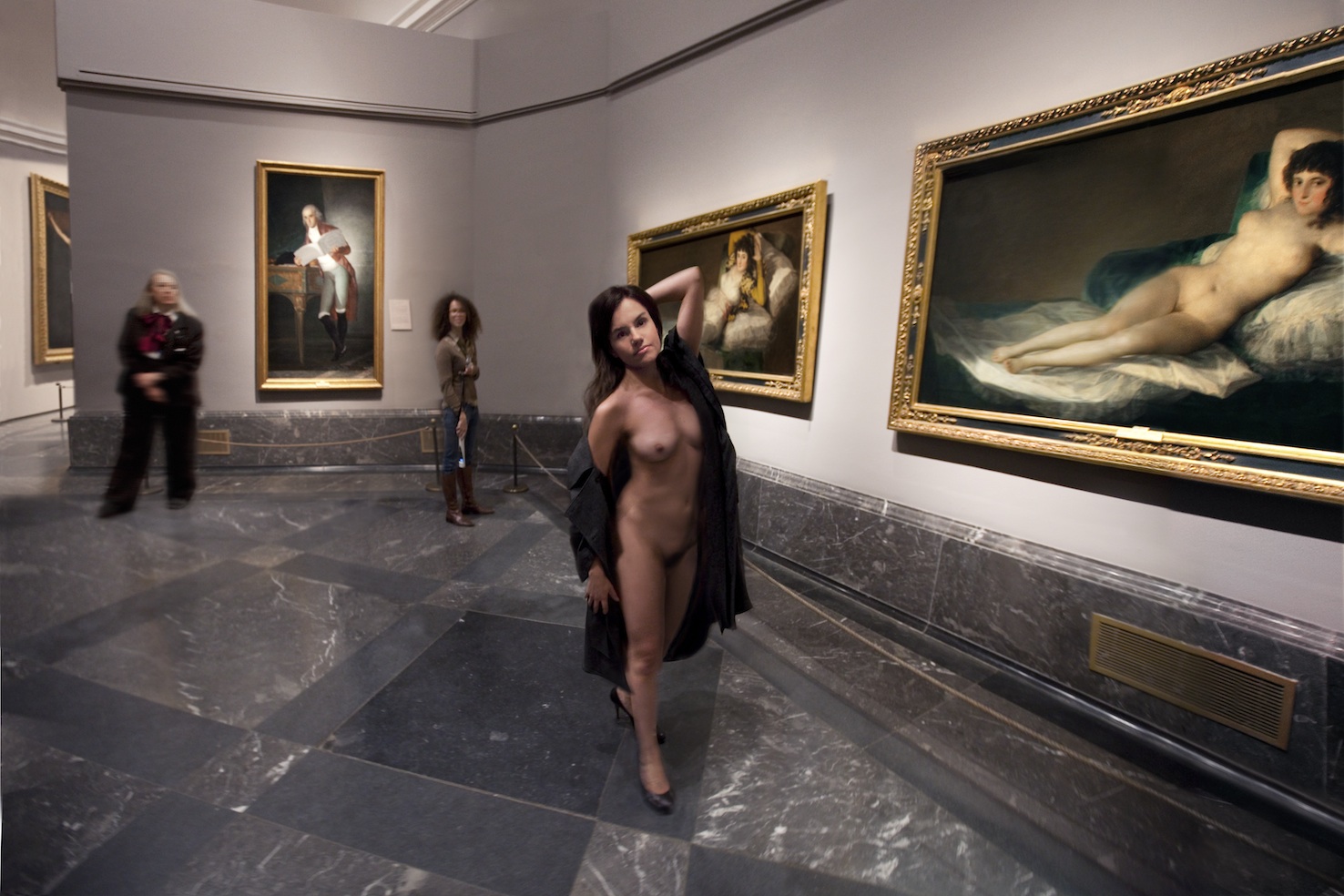 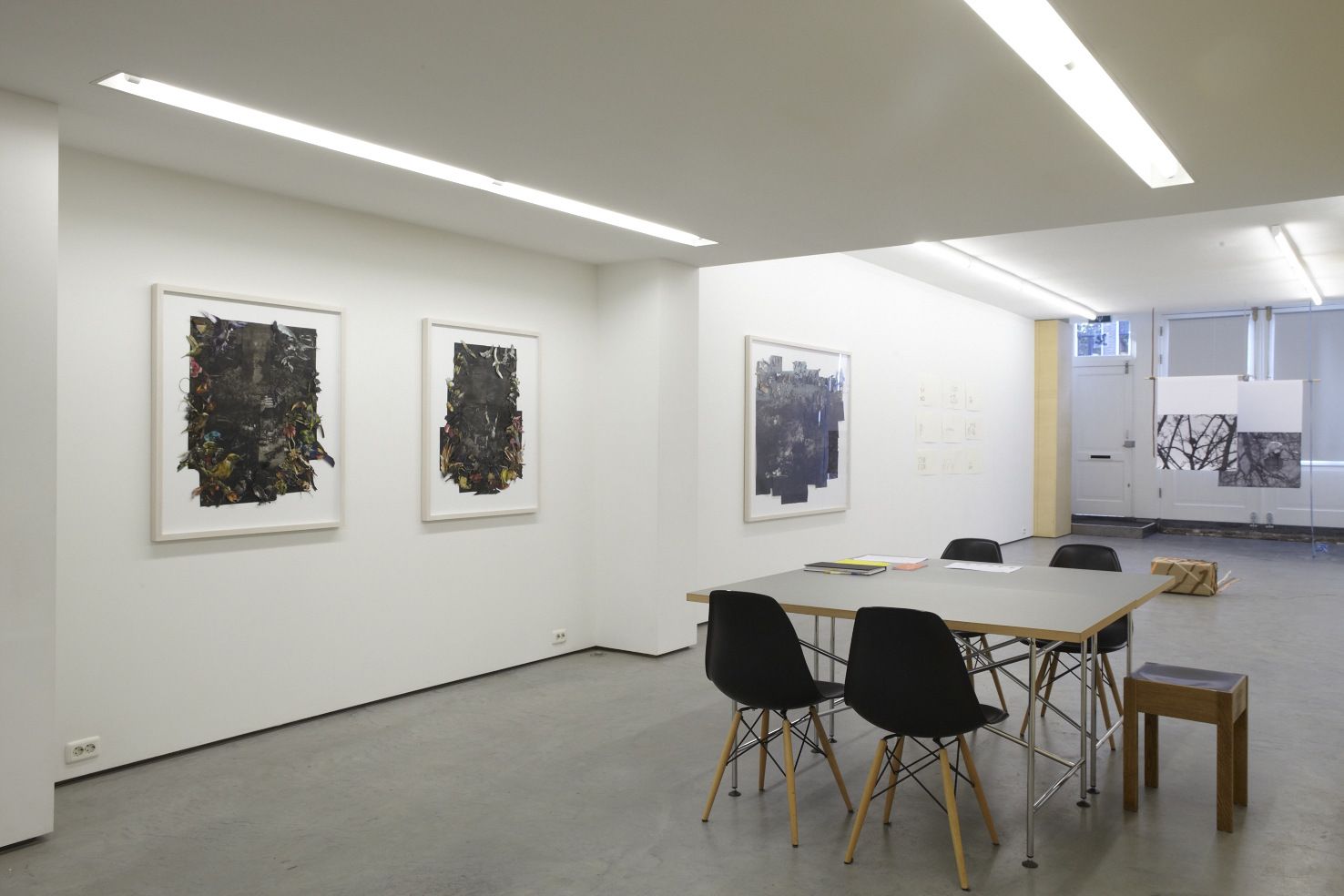 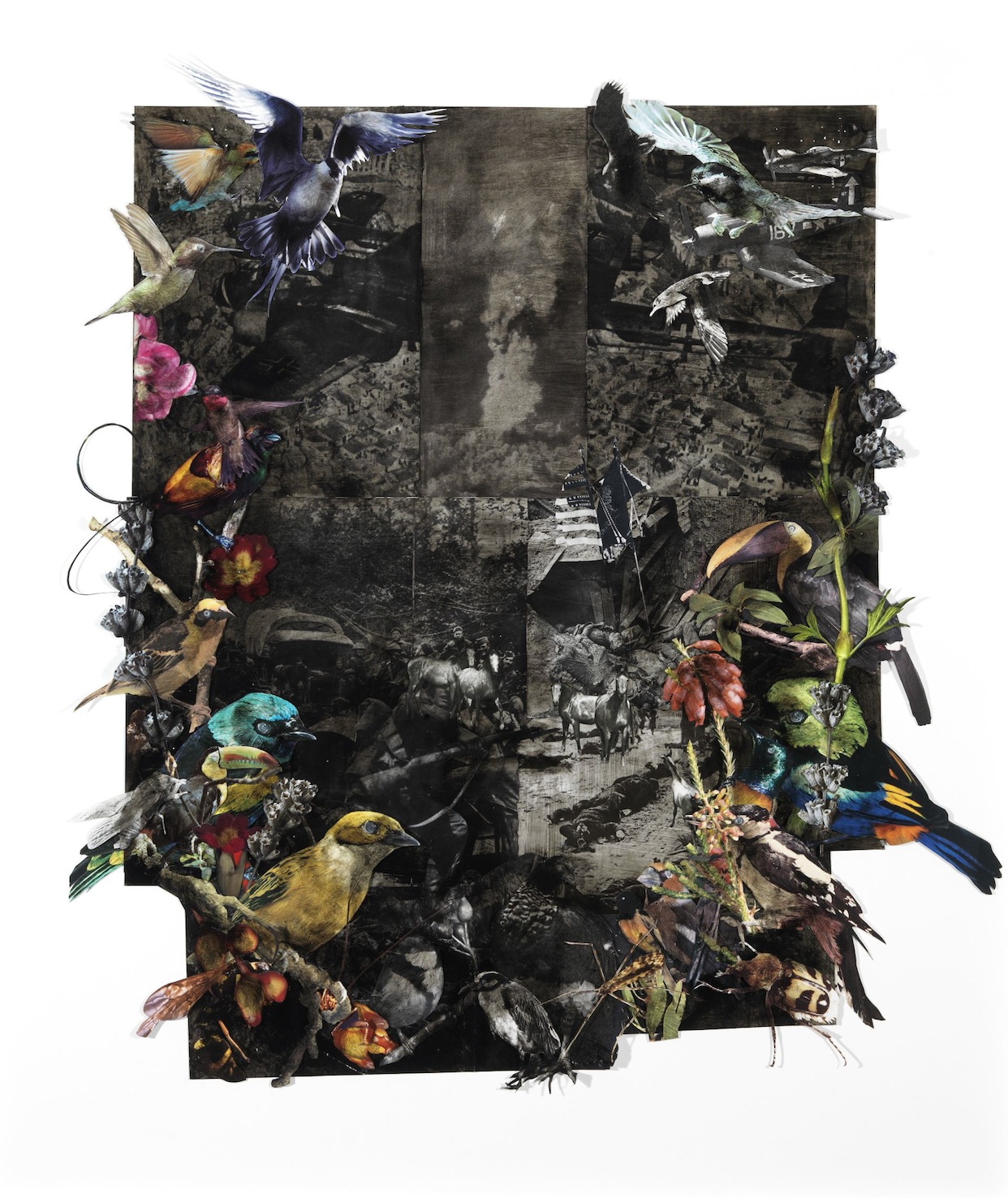 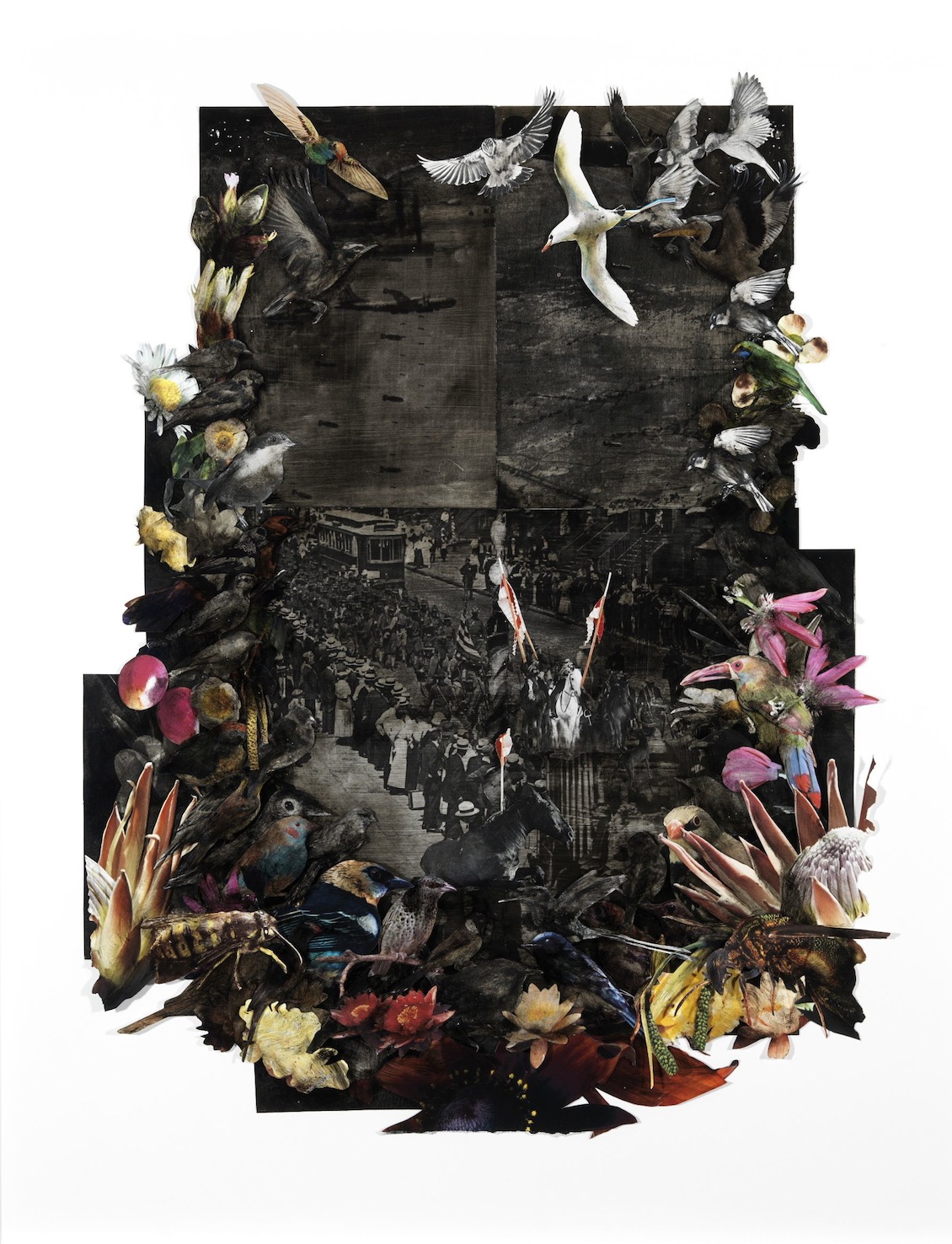 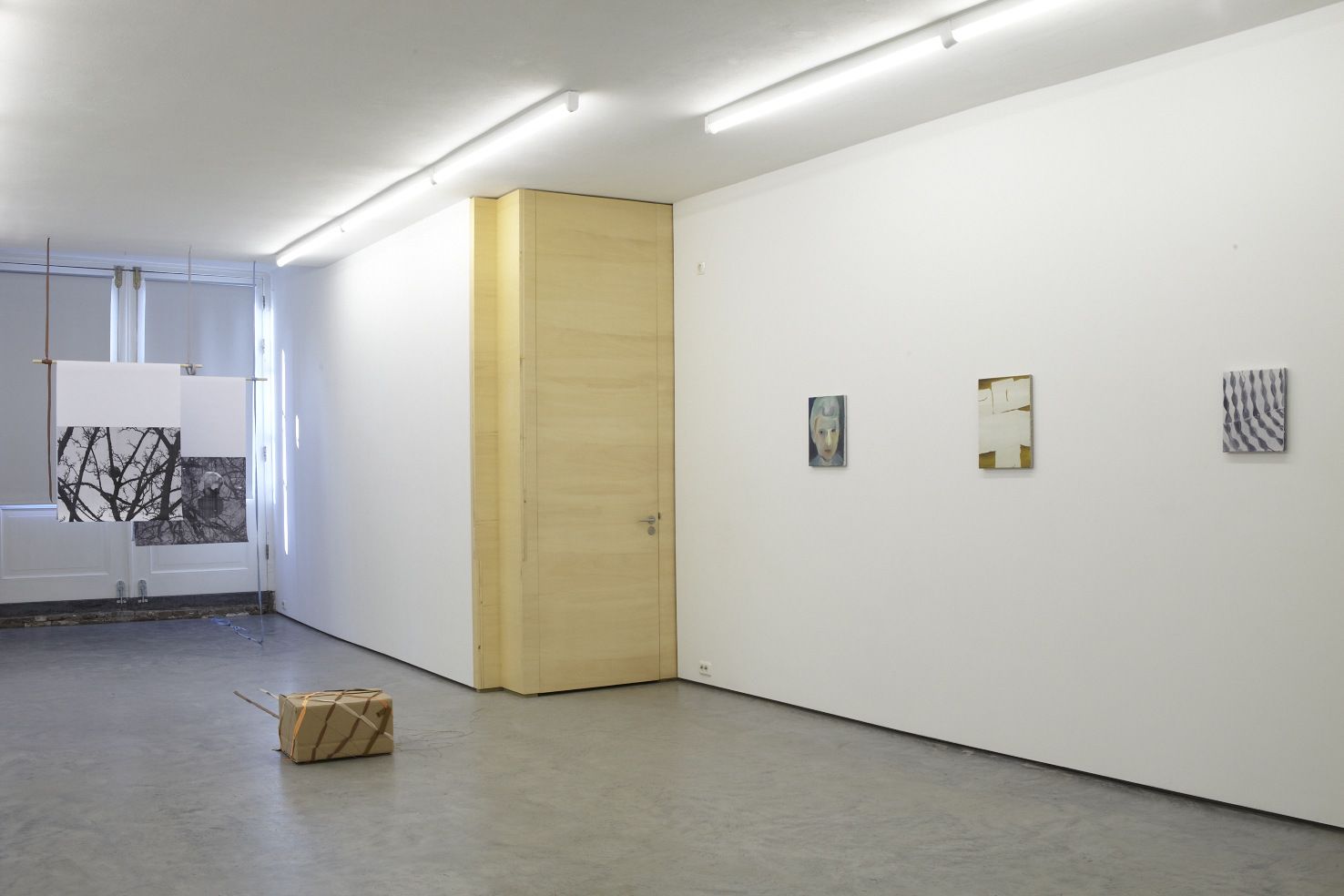 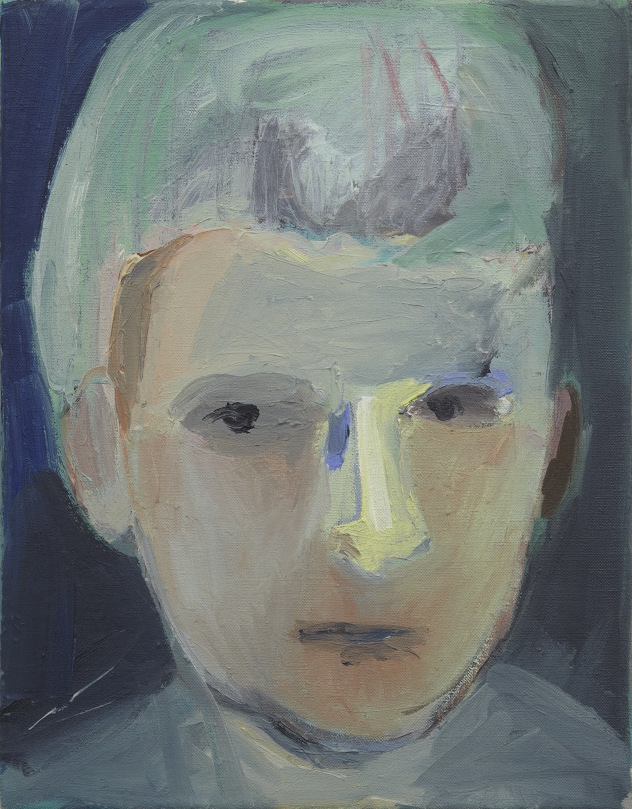 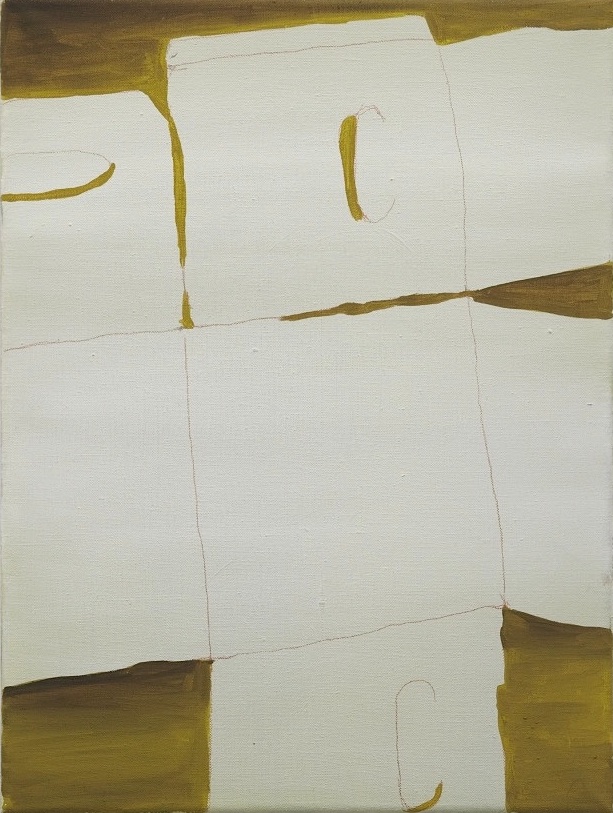 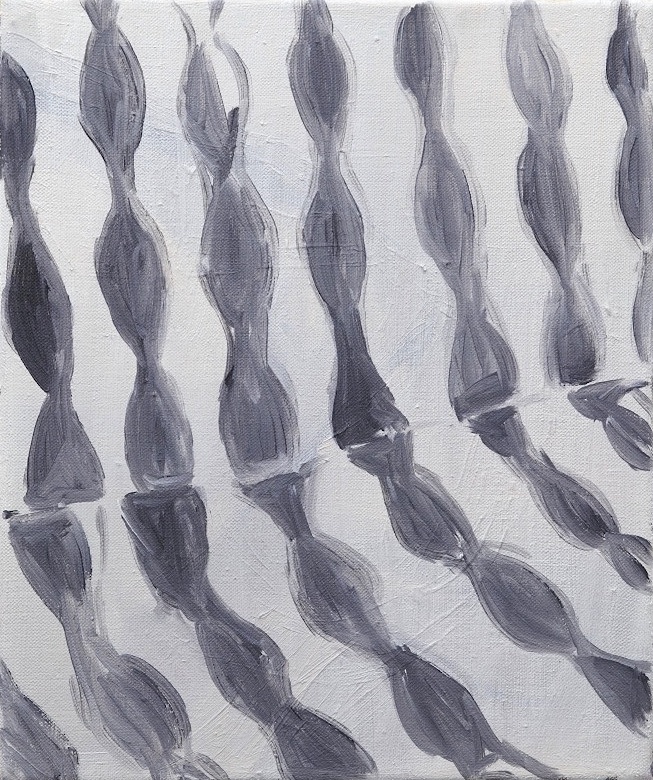 At first glance the works in NEW only have this in common: they are recently dated. Some are even ‘hot off the press’. The question is whether they are looked upon favourably when it comes to a double play in meanings. NEW means nothing, while NEW can also say everything. NEW is a playful entity of works made by six different artists from varying disciplines. Conflicting formal and conceptual points of departure can run into each other aNEW, and thus provide a NEW image.

One of the works by the German artist Heide Hinrichs (Oldenburg 1976), Ribbon Box 2012, comprises of an inside-out cardboard box held together by orange, brown and beige ribbons, as though a netted structure is stretched around the box. Without the box the ribbons would never have gained their current form, and vice versa neither would the box without the ribbons. In the simultaneously conceptual and poetic work of Hinrichs it’s all about matters of construction, stability and support: to show and to conceal.

Sander Breure (Leiderdorp 1985) & Witte van Hulzen (Bolsward 1984) are showing recent photo works in NEW. Aside from photos, on the opening day they will also carry out a performance in collaboration with the actor, Phi Nguyen, in which, just as in Hinrich’s work, a form of deconstruction leads to a conceptual game with reality. Breure and van Hulzen are particularly known for their video works, photos and drawings, but also regularly produce performances.

The photo works of the Spanish artist Cristina Lucas (Jaén 1973), as well as her installations, videos and performances are witty and playful, yet at the same time, they can also be downright critical and jesting. Lucas seduces her audience with beautiful, theatrical images, but doesn’t shy away from holding up a grim mirror to this same audience. In an equally refined and inevitable manner, social, political, historical and cultural clichés are disintegrated and emasculated under her direction. In this case, the artist focuses on the moral ambiguity with which female nudity is treated, both within art and in our daily reality.

Marc Oosting (Dronten 1975) is interested in the use of text as image. In his drawings Oosting uses numbers, punctuation marks and other signs from foreign languages to draw words with a deviating visual form. The unconventional use of these signs is inspired by the gaming culture, but also by popular street culture and the language of software programmers from the 70’s and 80’s. In their more autonomous, new form the words become in a certain sense more introvert and the textual meaning shifts to the second level, like a ghost in the background, an absence that is present.

Lately, the work of Sanne Rous (Apeldoorn 1984) keeps moving further away from the narrative. The concentration is focused on the image itself and how that image relates to direct sensory experiences such as seeing and feeling. On the painting C, 2012 you can see a box folded out. The box is a painted, flat structure and in terms of size is perfectly in keeping with the painting. The question is whether it is possible that ‘signs’, such as a painted structure, can contain or represent anything at all. The painting in effect offers a shelter to the idea of transformation.

Dieuwke Spaans (1973) loves to speculate. Fact and fiction are captured and entwined within her collages. Confusion, deception, seduction and entanglement perform a passionate dialogue that delivers complex images: images in which speculation transpires around internal relationships, around time, around history, around beauty, around rituals, metaphors and symbols, and in which a solid position simply cannot be detected.