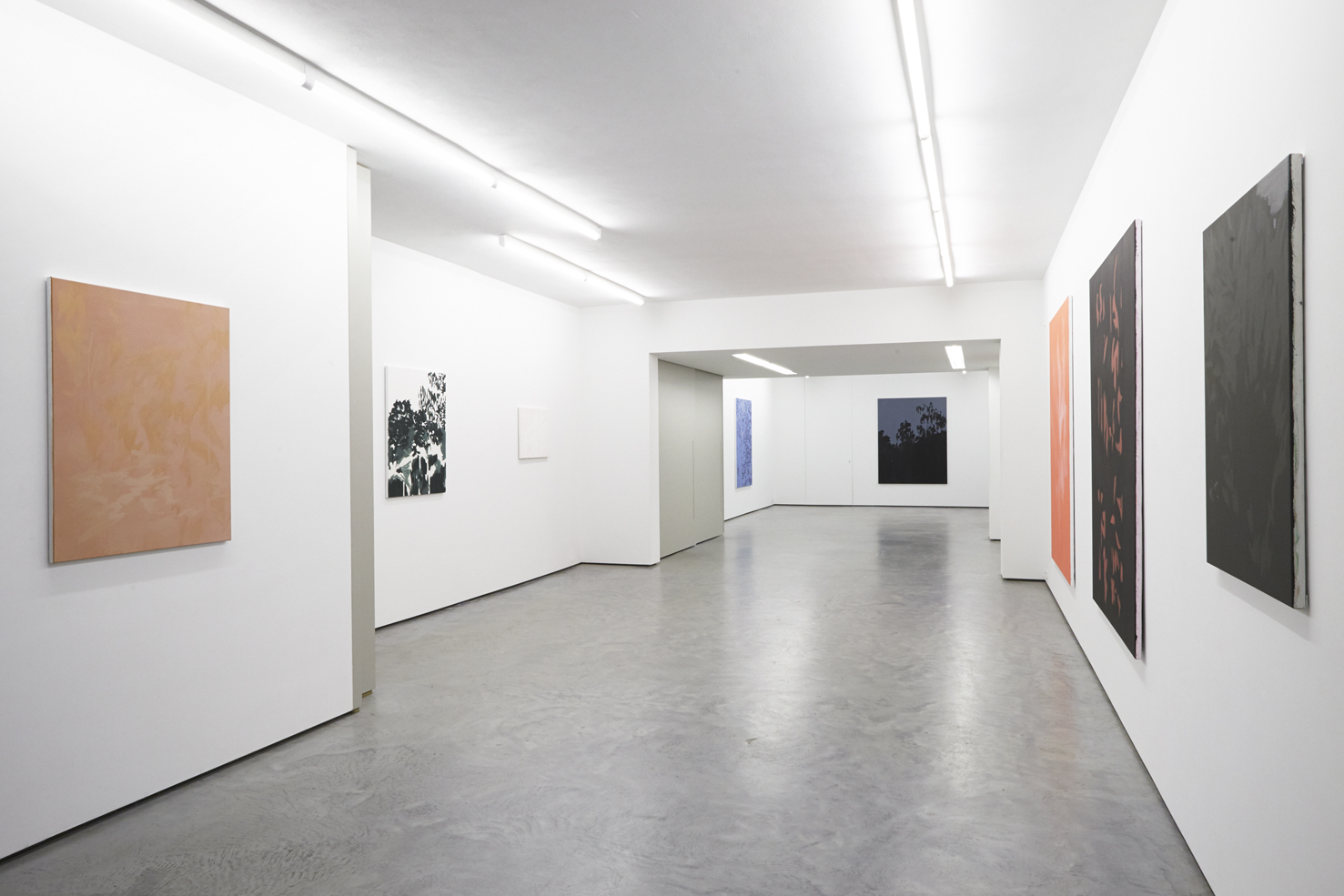 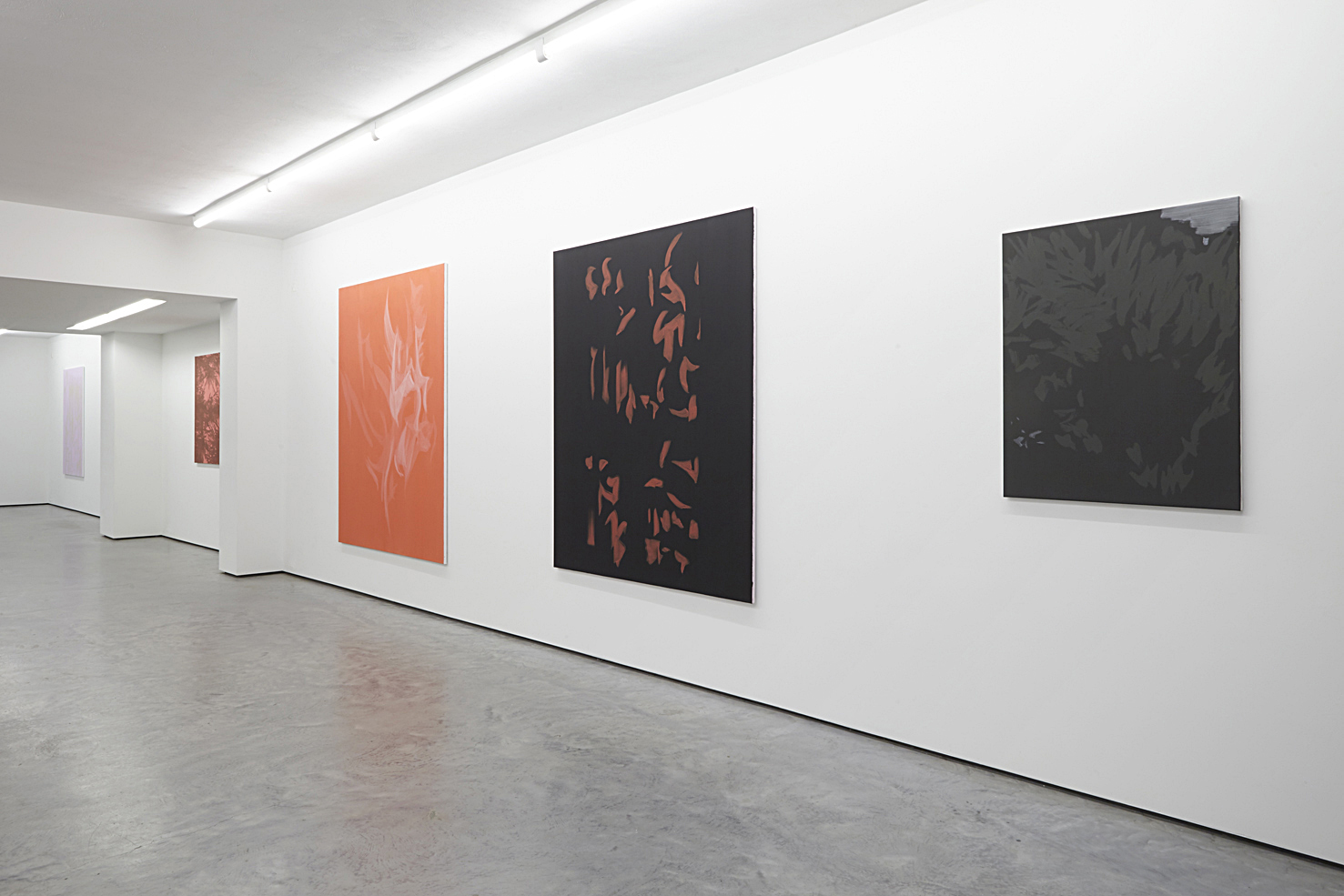 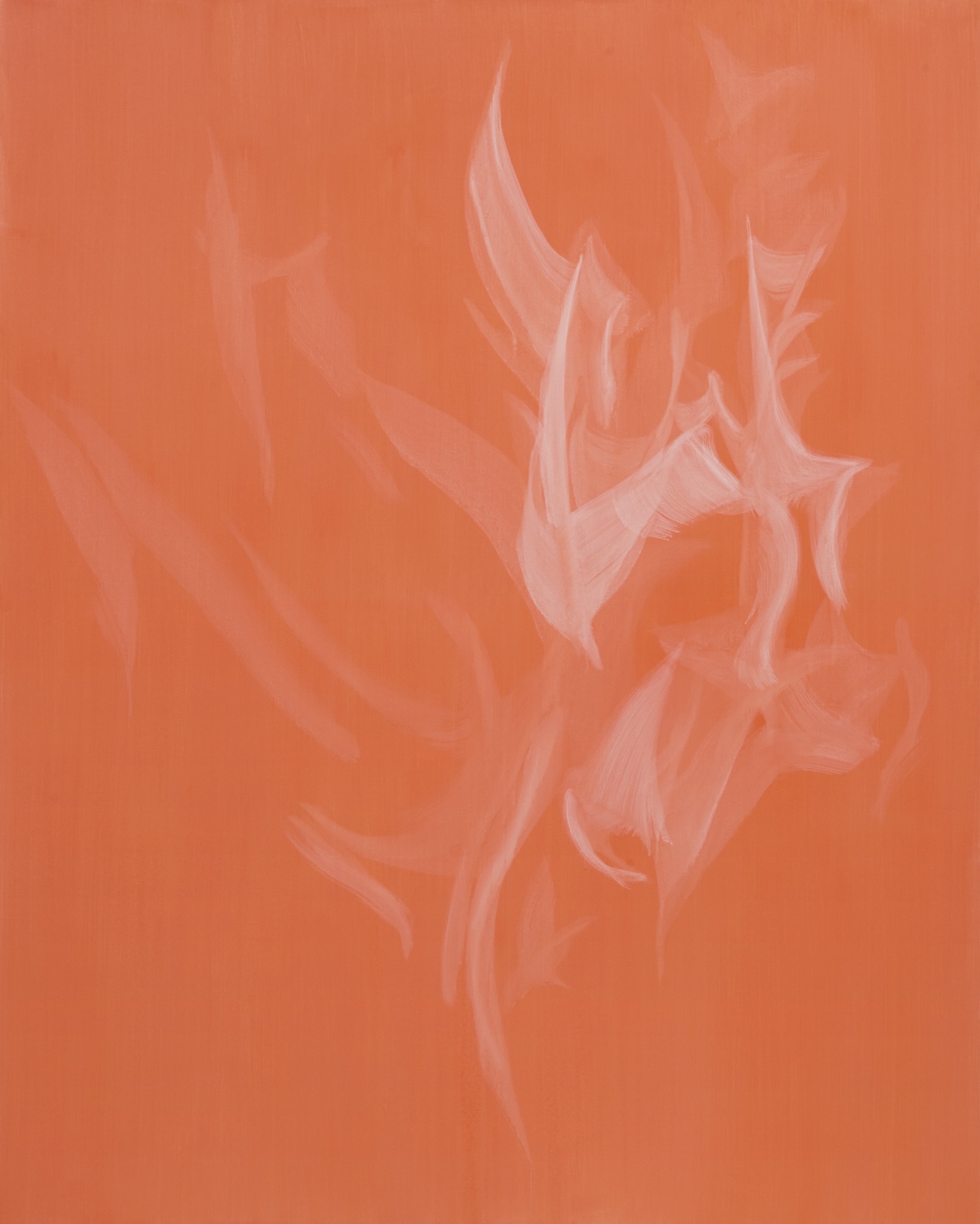 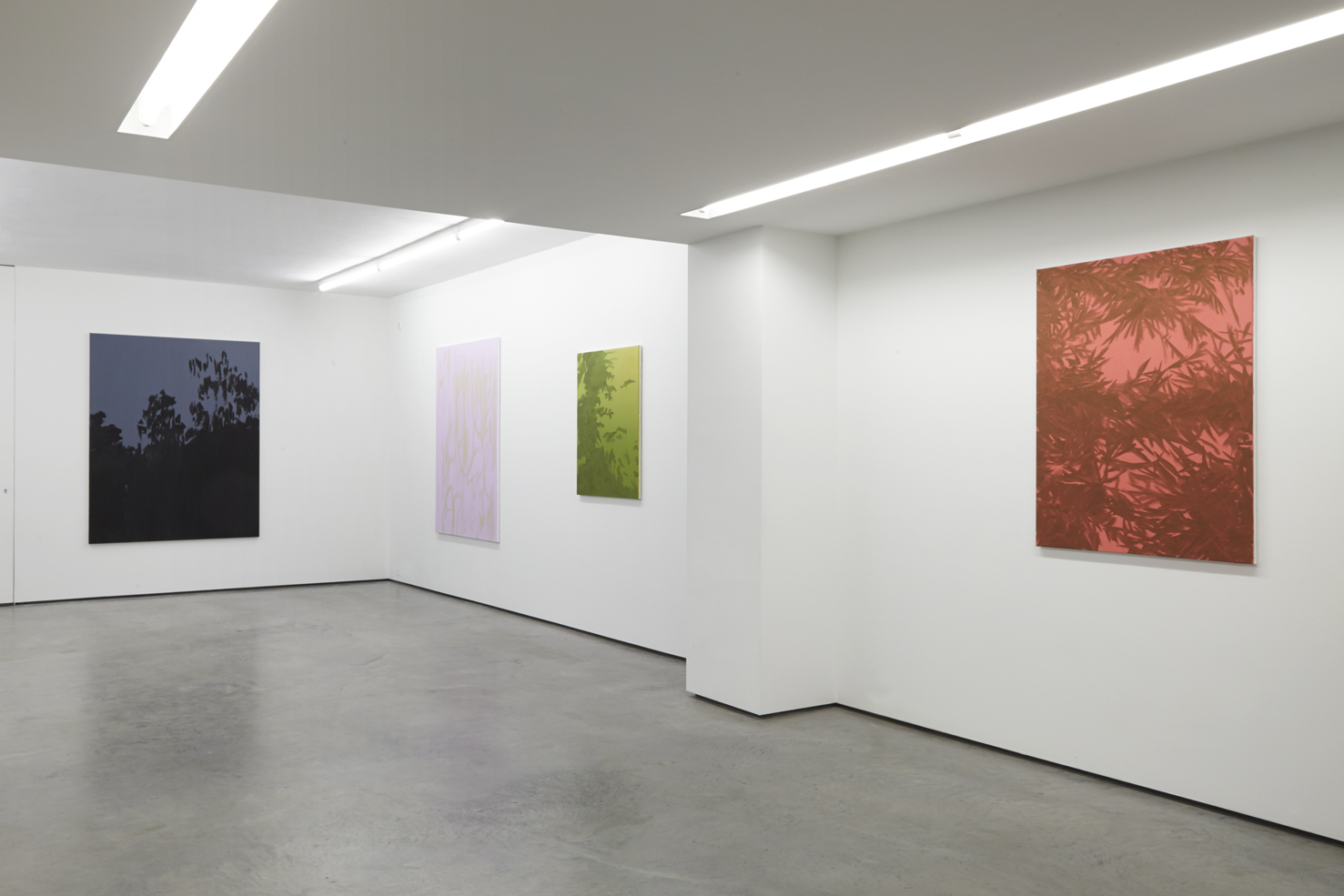 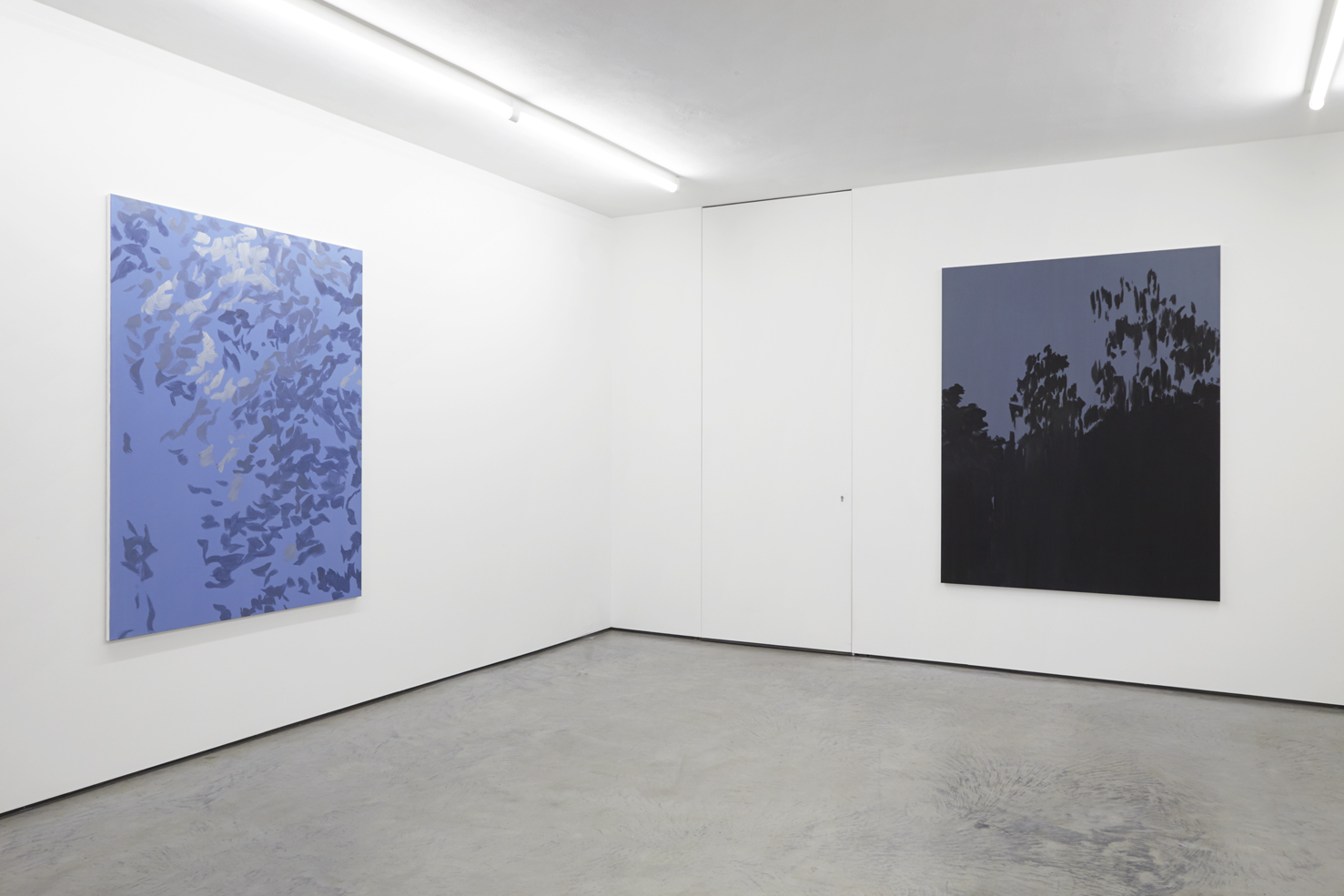 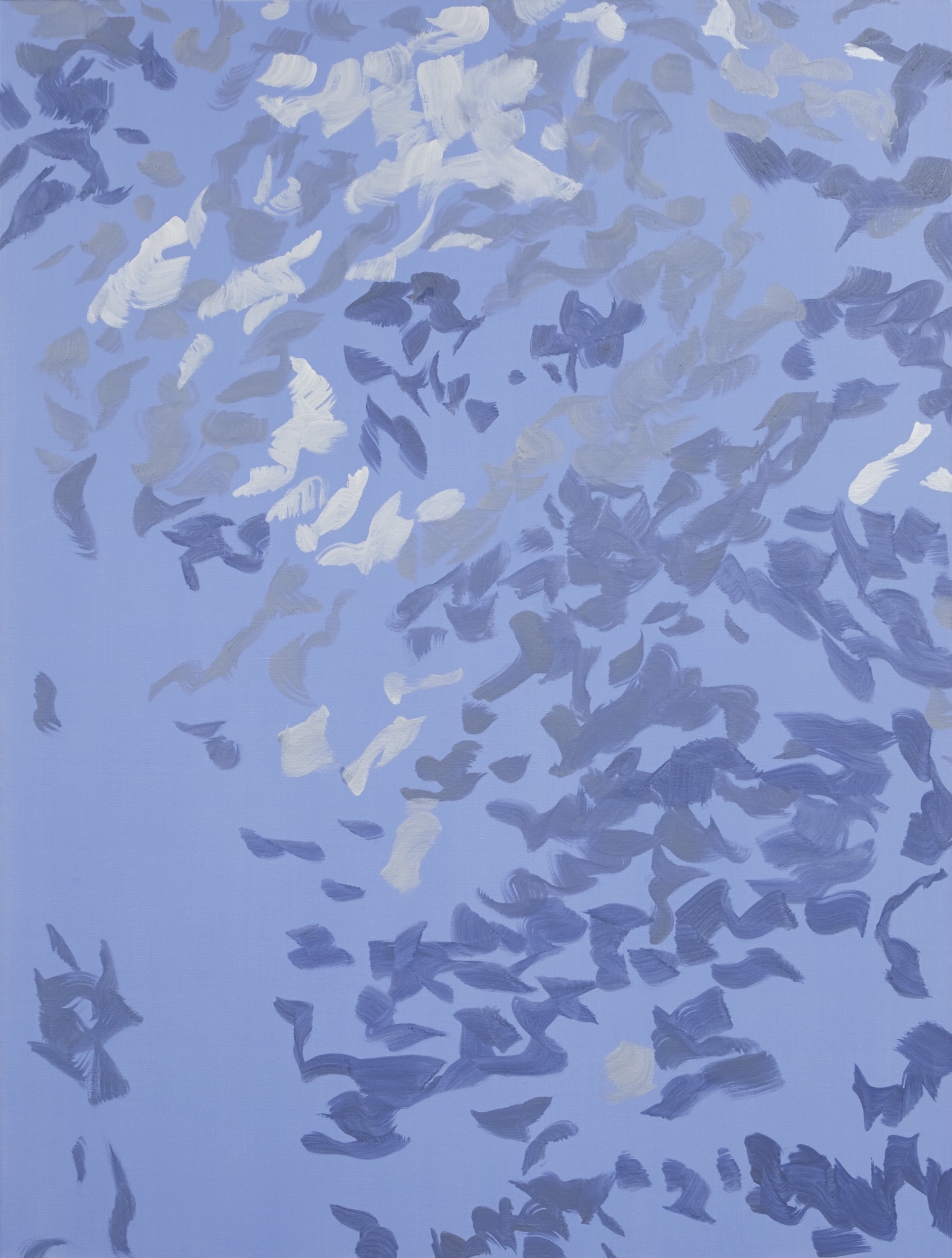 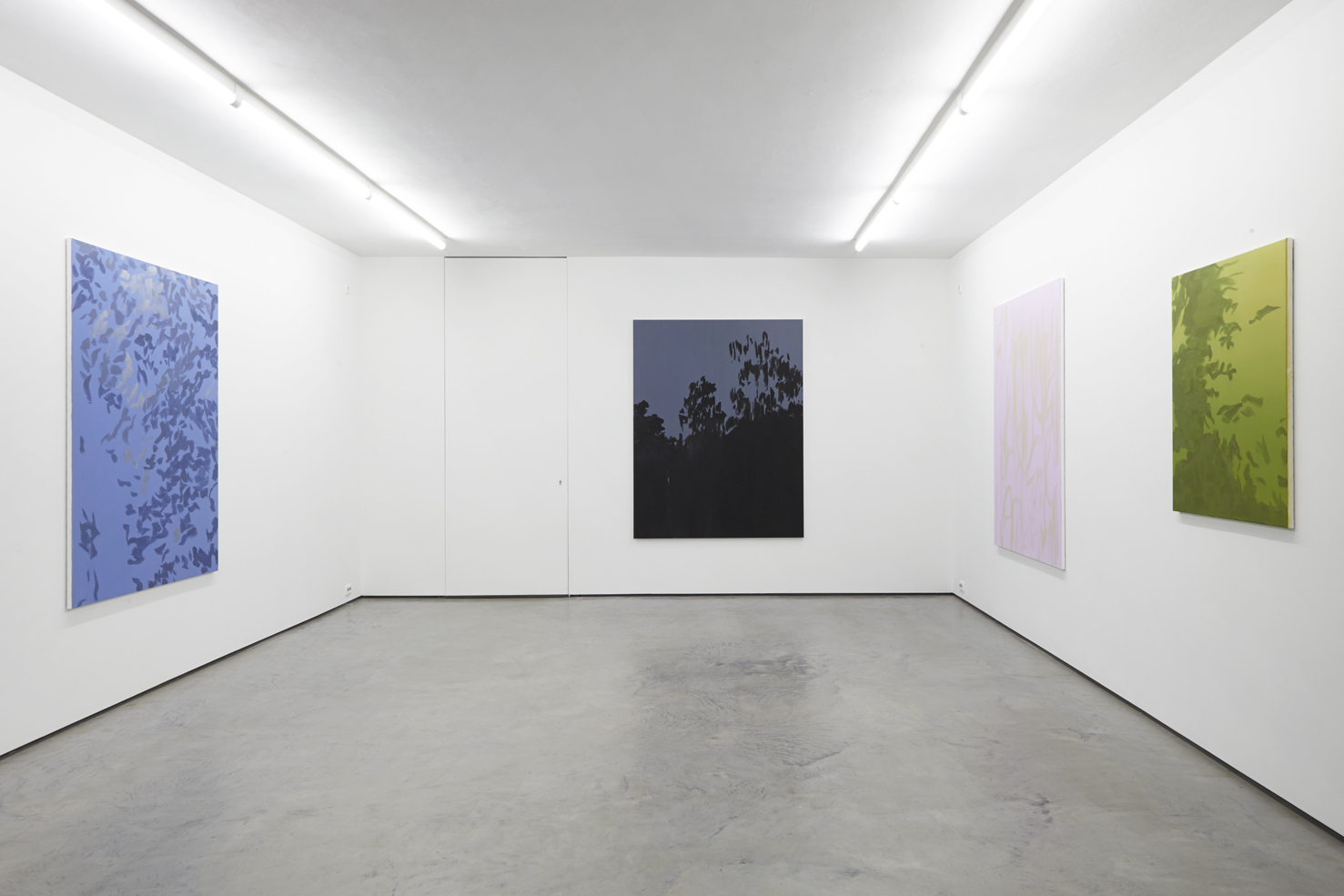 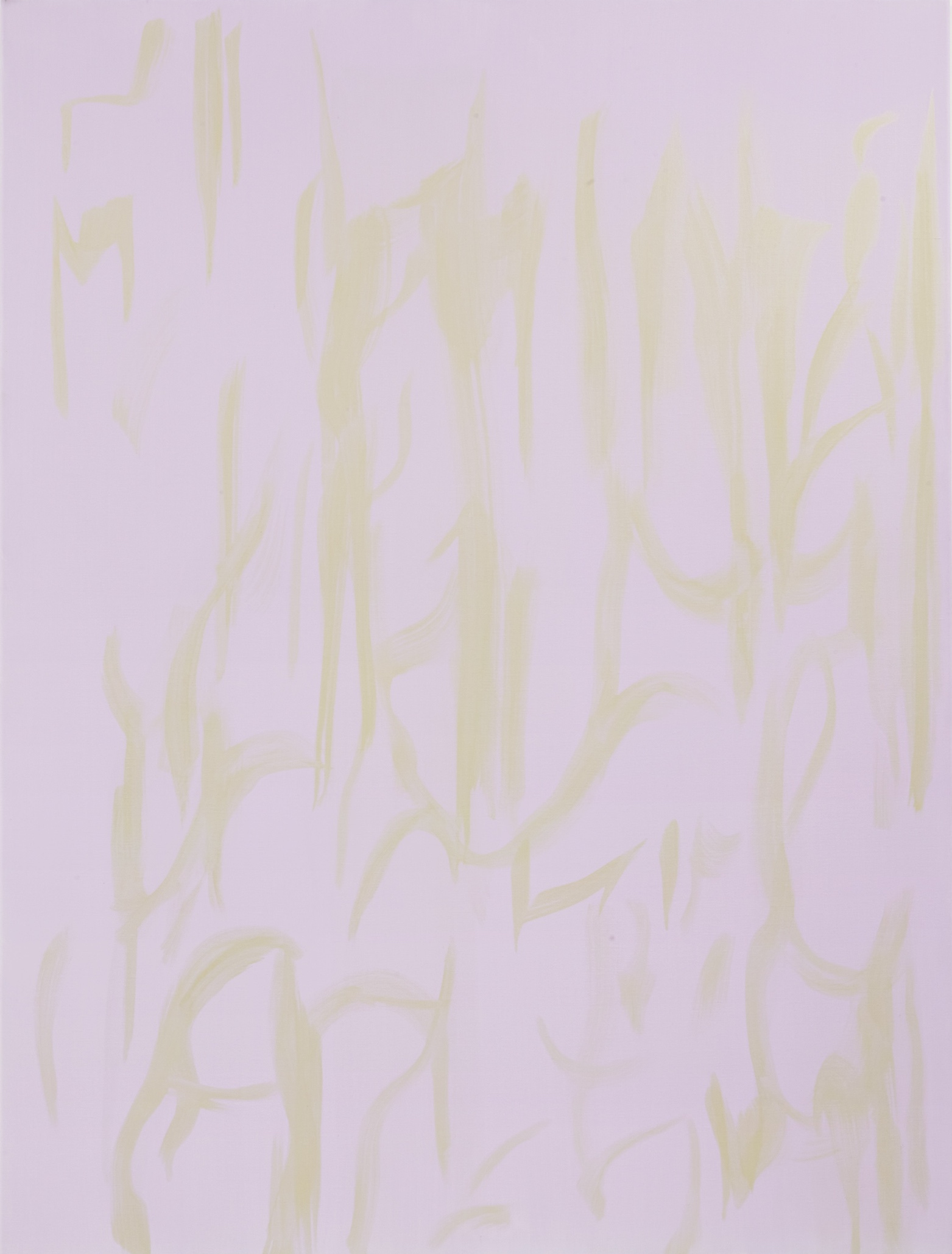 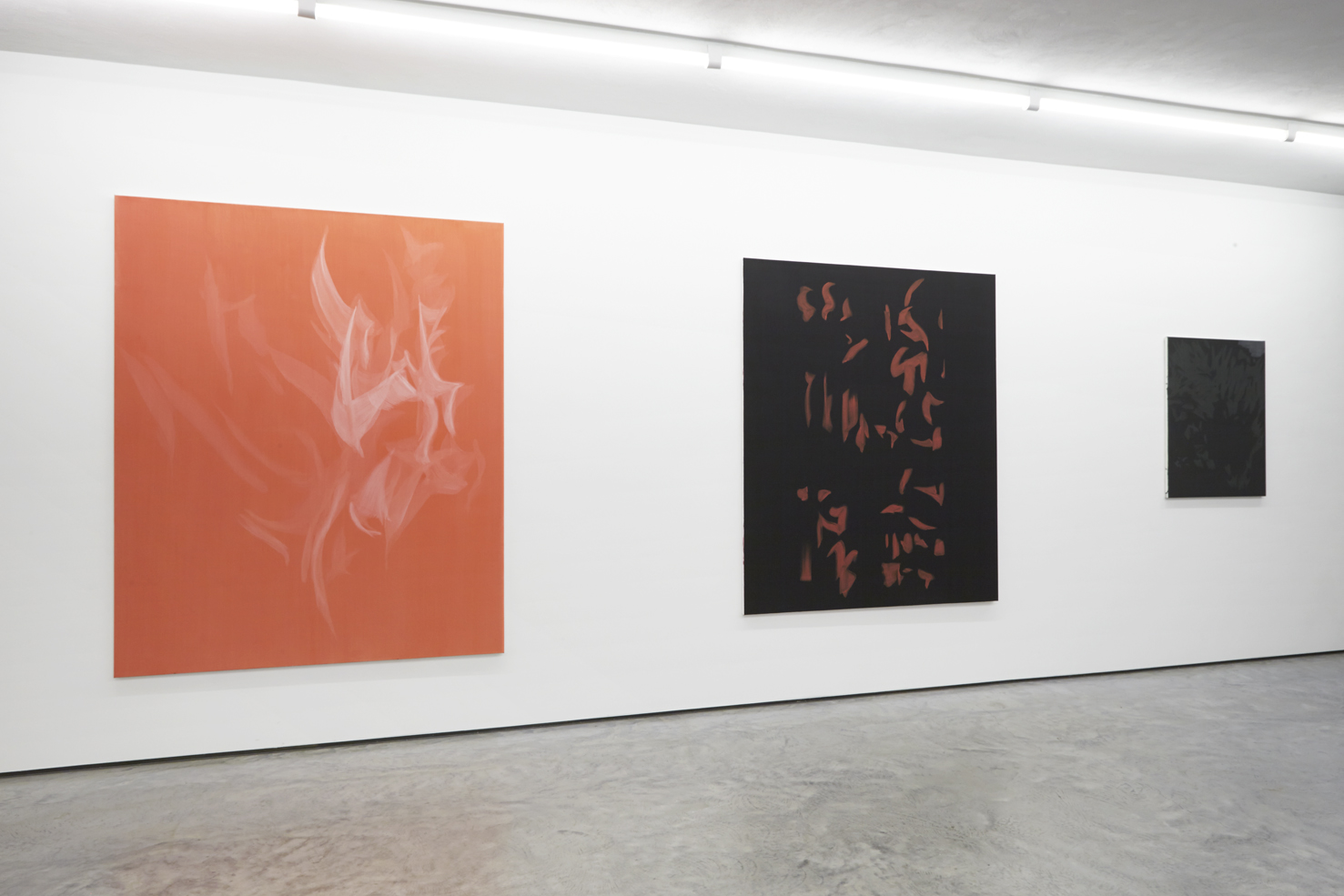 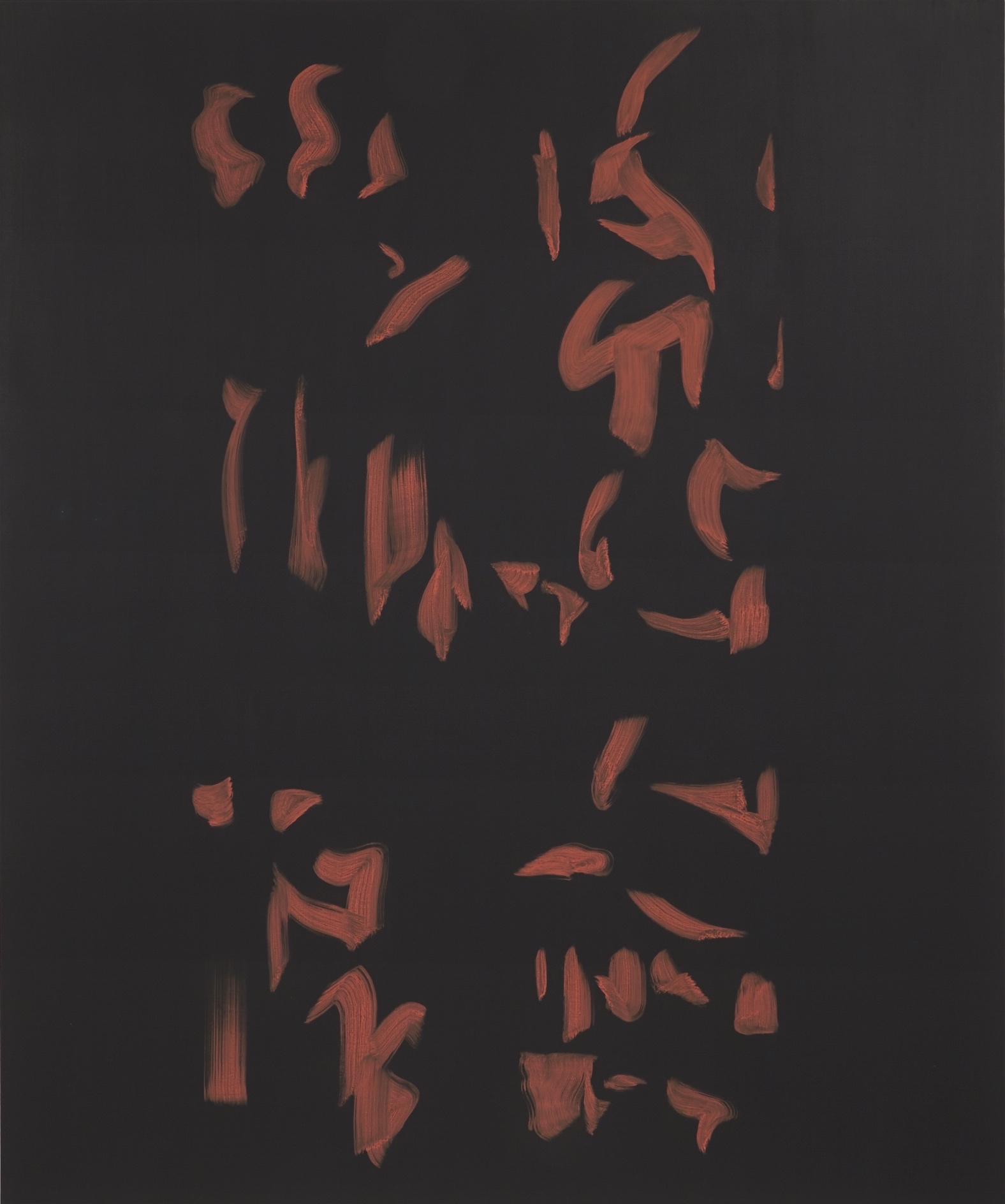 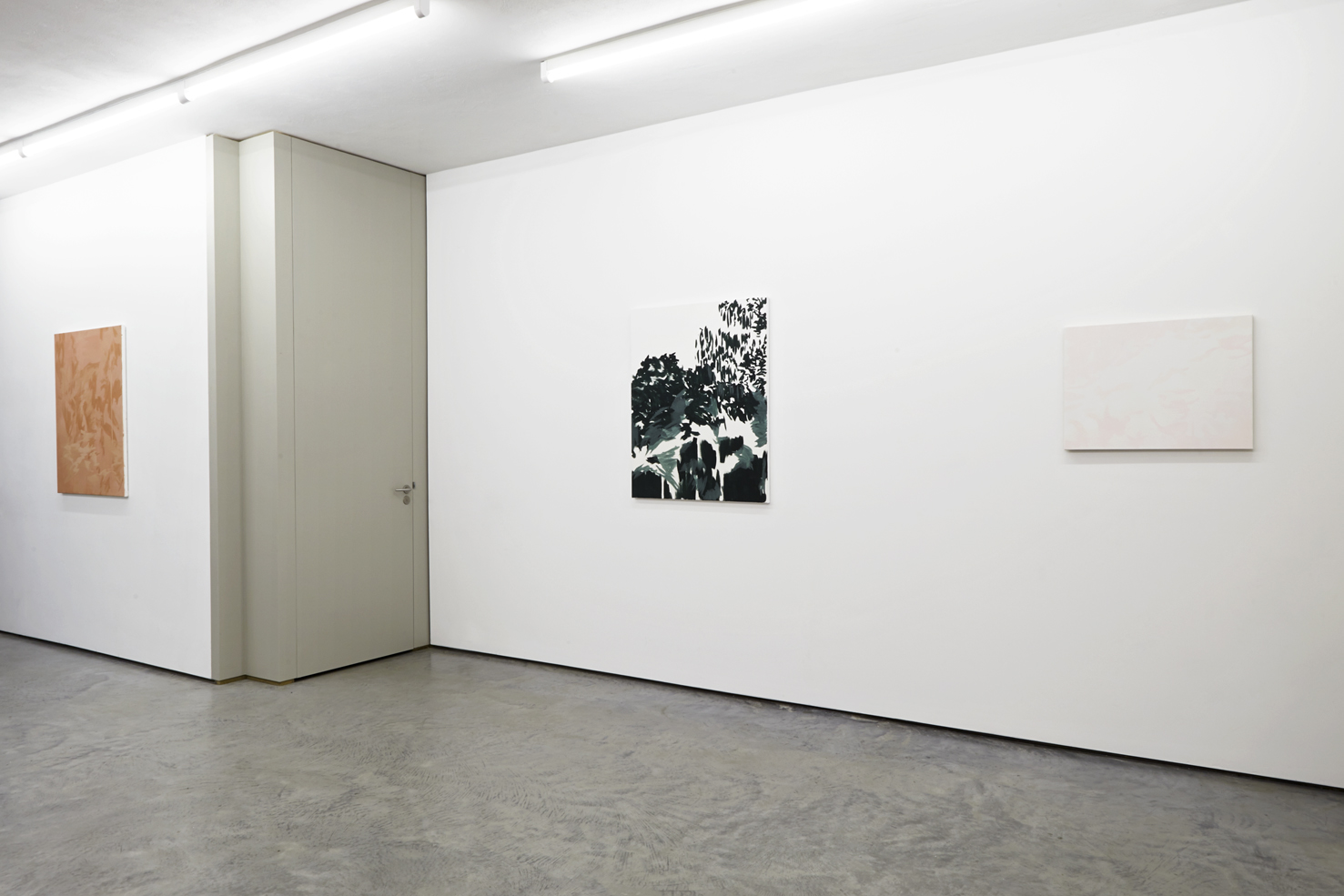 Each of her works is part of ‘anything and everything’, as she herself puts it in an almost offhanded way. In the work of Evi Vingerling, a moment is captured; or it could be said that a specific experience is transformed into an image. Once, for instance, she became mesmerized by the shadows in a mountainous land-scape, an image that she held onto in her mind as well as in some quick snapshots. On returning to the studio, that image changed magically, through a playful and informal process of painterly omission and conjuring forth, into a land-scape in which rhythm, space and color collectively make up a void that teems with the suggestion of life. And in nocturnal darkness, when trees and bushes in a garden light up as an entity of endless layers of foliage, that whirling panorama gives rise to paintings that reflect all sorts of moods. Vingerling juxtaposes movement with absolute silence in a submerged world of grey hues, of earth tones or of dynamic and vivid contrasts. Take, for instance, a monumental red painting: an image of red absorbed by the canvas, in which wisps of white rise upward – smoke-like trails with pointed ends, reminiscent of sinister devils.

Time and again, that one moment in day-to-day reality is her point of departure. The result is always part of a longing for the greater whole, the spontaneous ‘all’. In order to give intensity to that desire, there is a need to be well-prepared: the unique moment is retrieved in a photograph and sought anew in series of drawings. The ultimate act of painting is on edge, with a brush that needs to be just full enough for the paint not to drip. This leaves little time, but the flow of the painterly process does allow for experimentation. The technique remains transparent, comprehensible, and thereby creates no distance. On the basis of that openness, the images become imbued with new meaning. Evi Vingerling endeavors to set the ‘incomprehensible’ in motion and render the spark for observation. Just as in the Chinese and Japanese traditions, where artists aimed, after practicing endlessly, to set down on paper the very essence of a landscape. To hit home. Just as the lines in drawings by Warhol, or by Matisse, seem by chance to end up in the right place. Evi Vingerling turns that combination of practice and chance into a method. So that we can see what she saw and thereby also become part of the spontaneous, the ‘all’ of Evi Vingerling.

Evi Vingerling (1979, Gouda) graduated from the Koninklijke Academie van Beeldende Kunsten in The Hague in 2002. From 2005 to 2007 she was a resident at the Rijksakademie van Beeldende Kunsten, and in 2011 she was invited for a residency at Wiels in Brussels. She has been granted, among other prizes, the Royal Award for Painting in 2012. Vingerling has exhibited within the Netherlands and abroad, and her work is represented internationally in both private and museum collections.