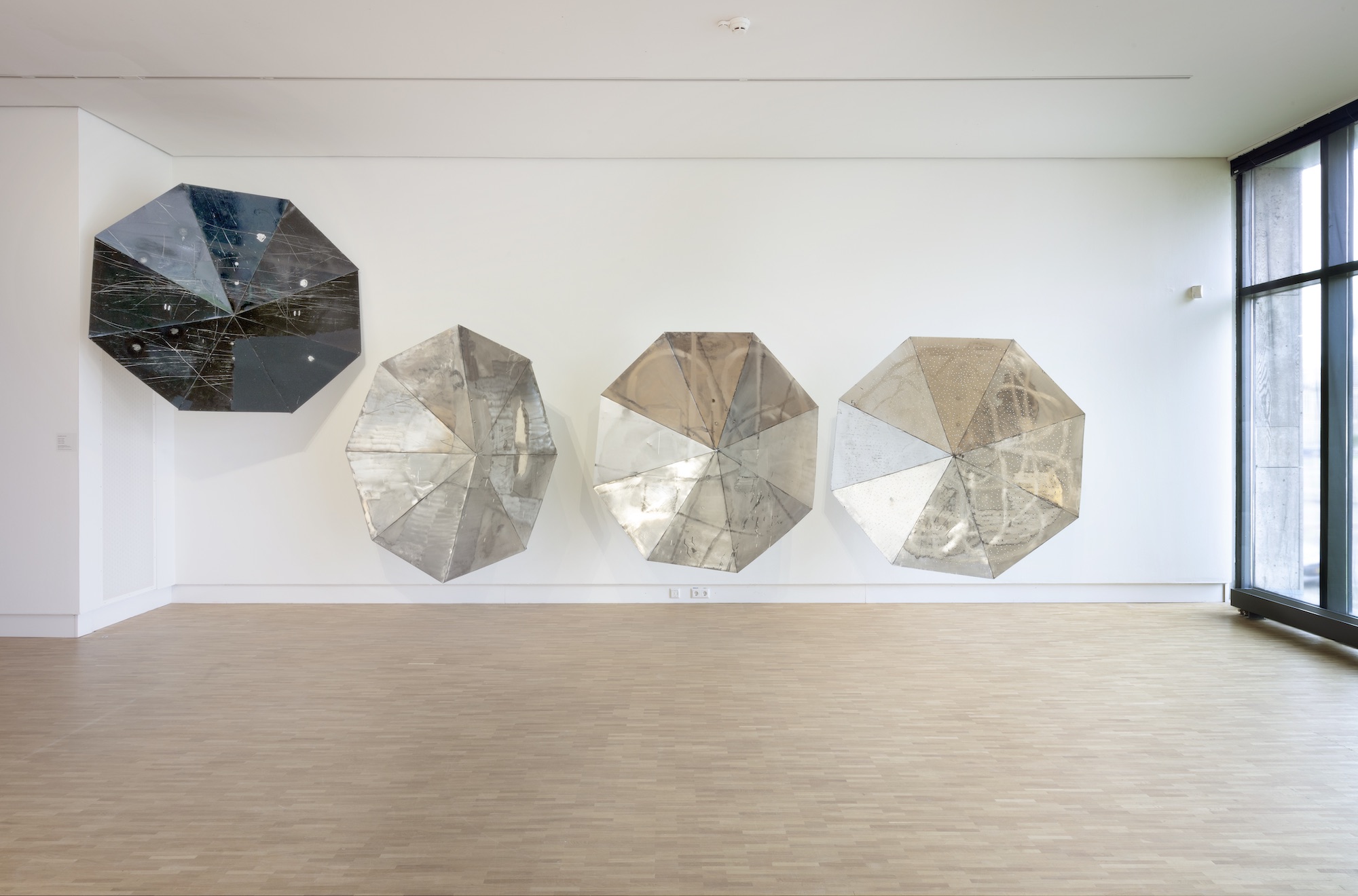 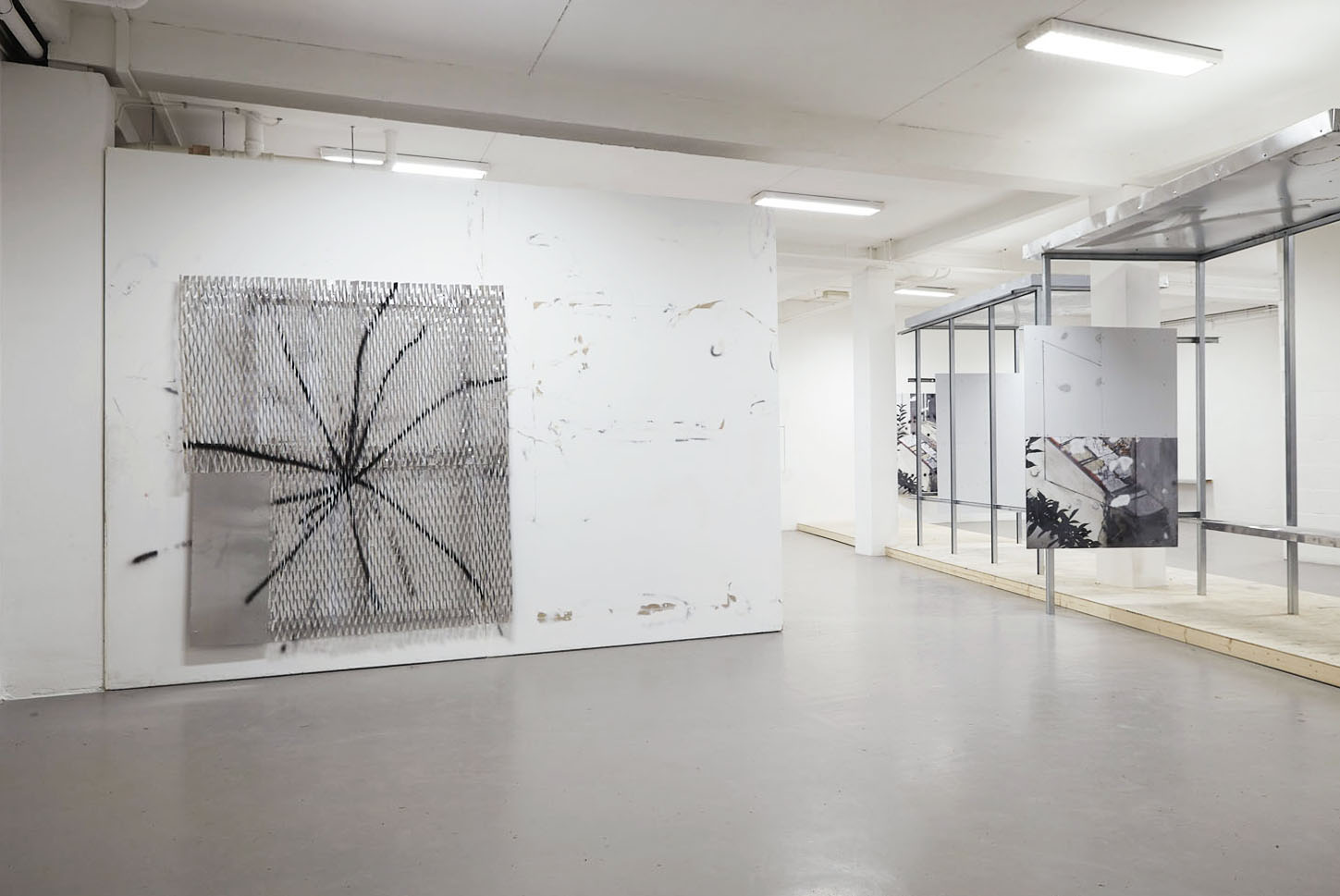 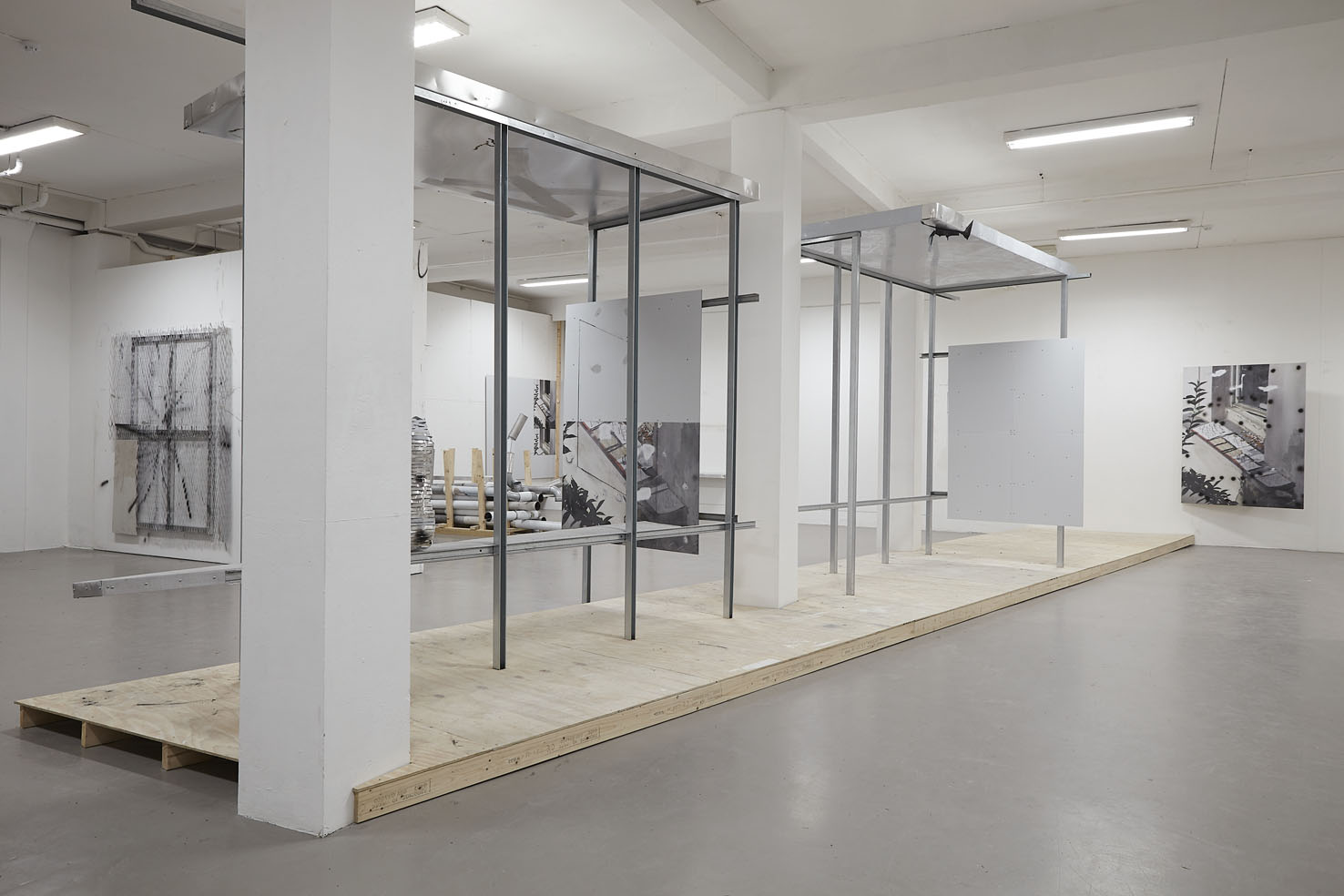 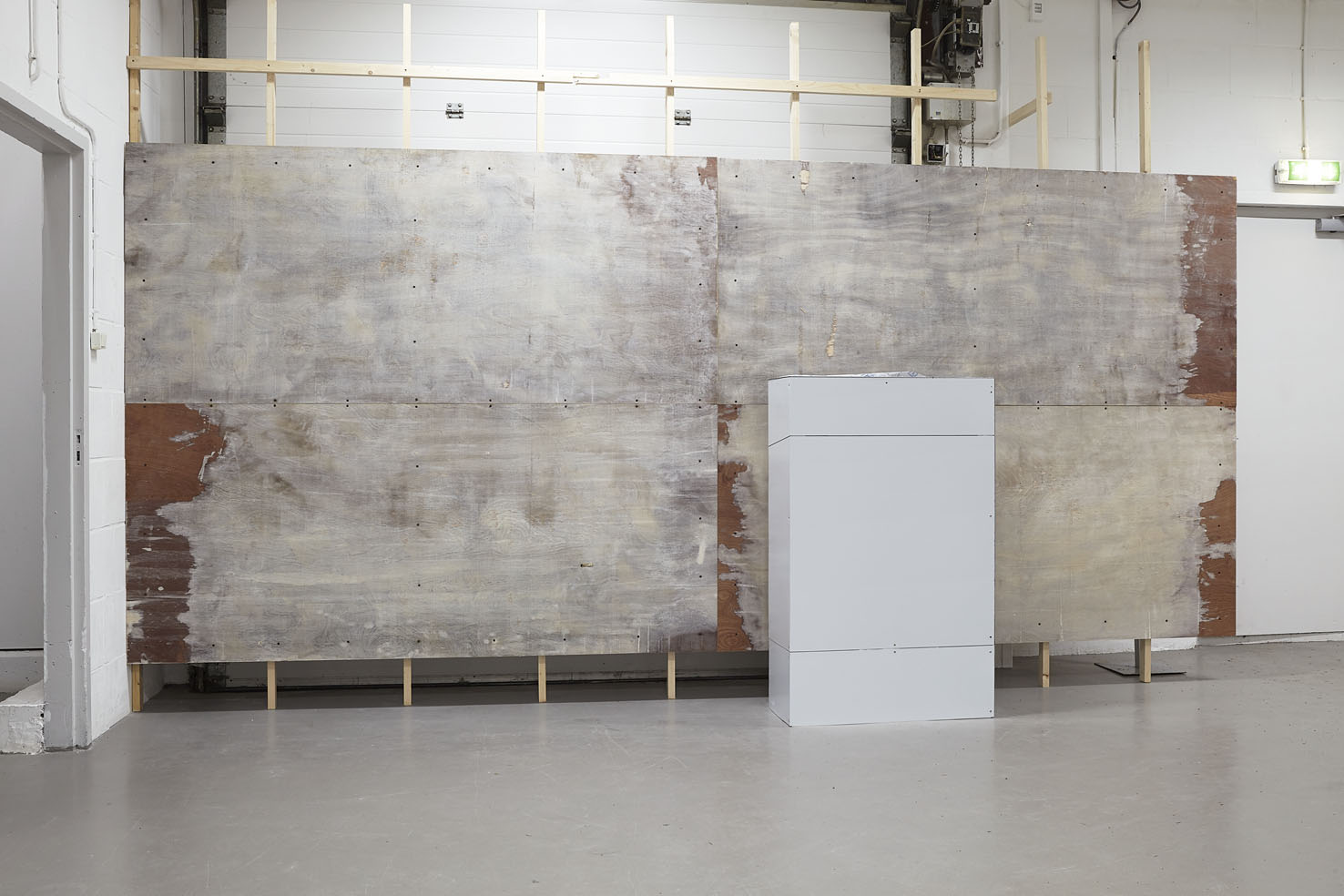 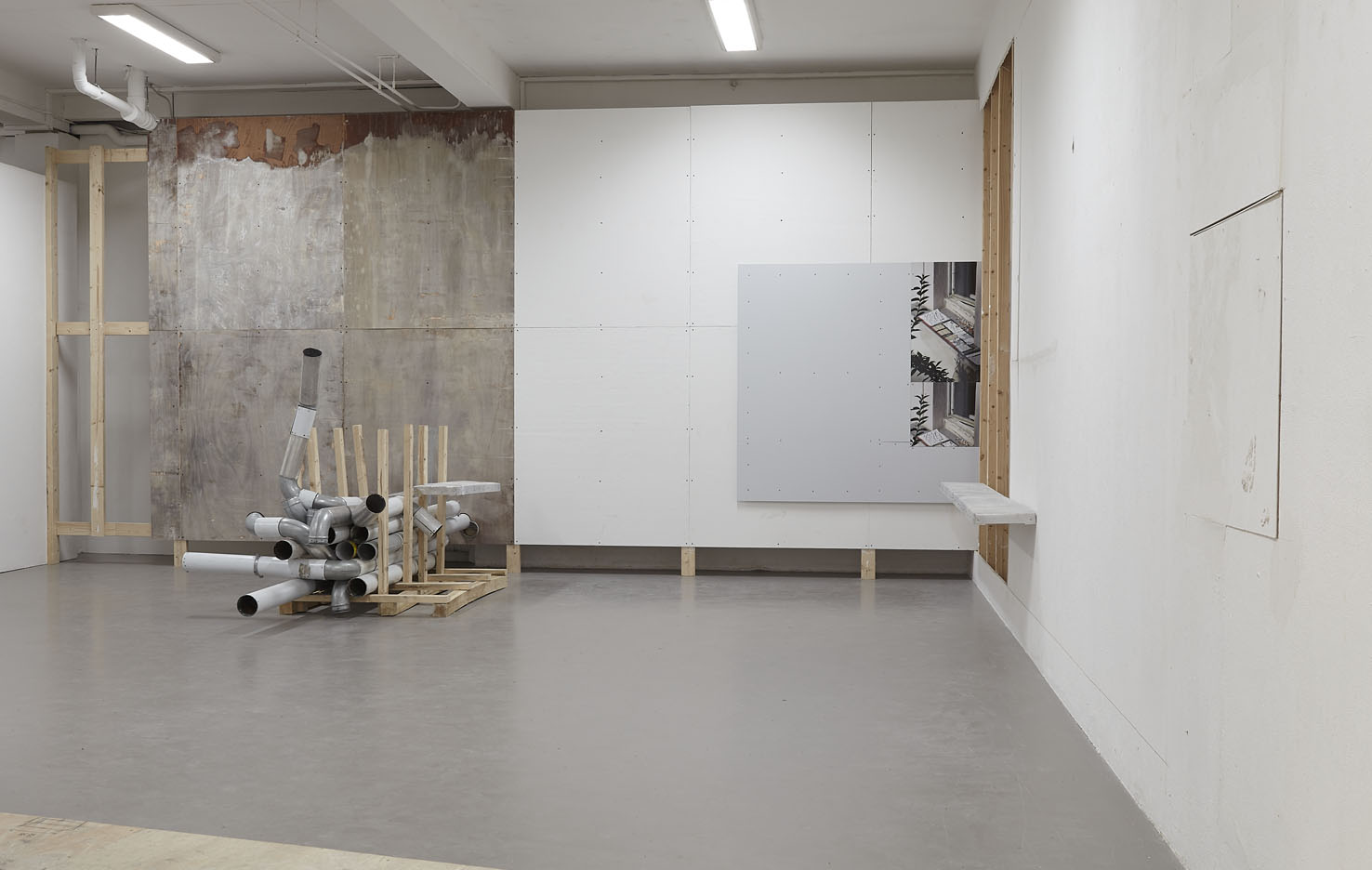 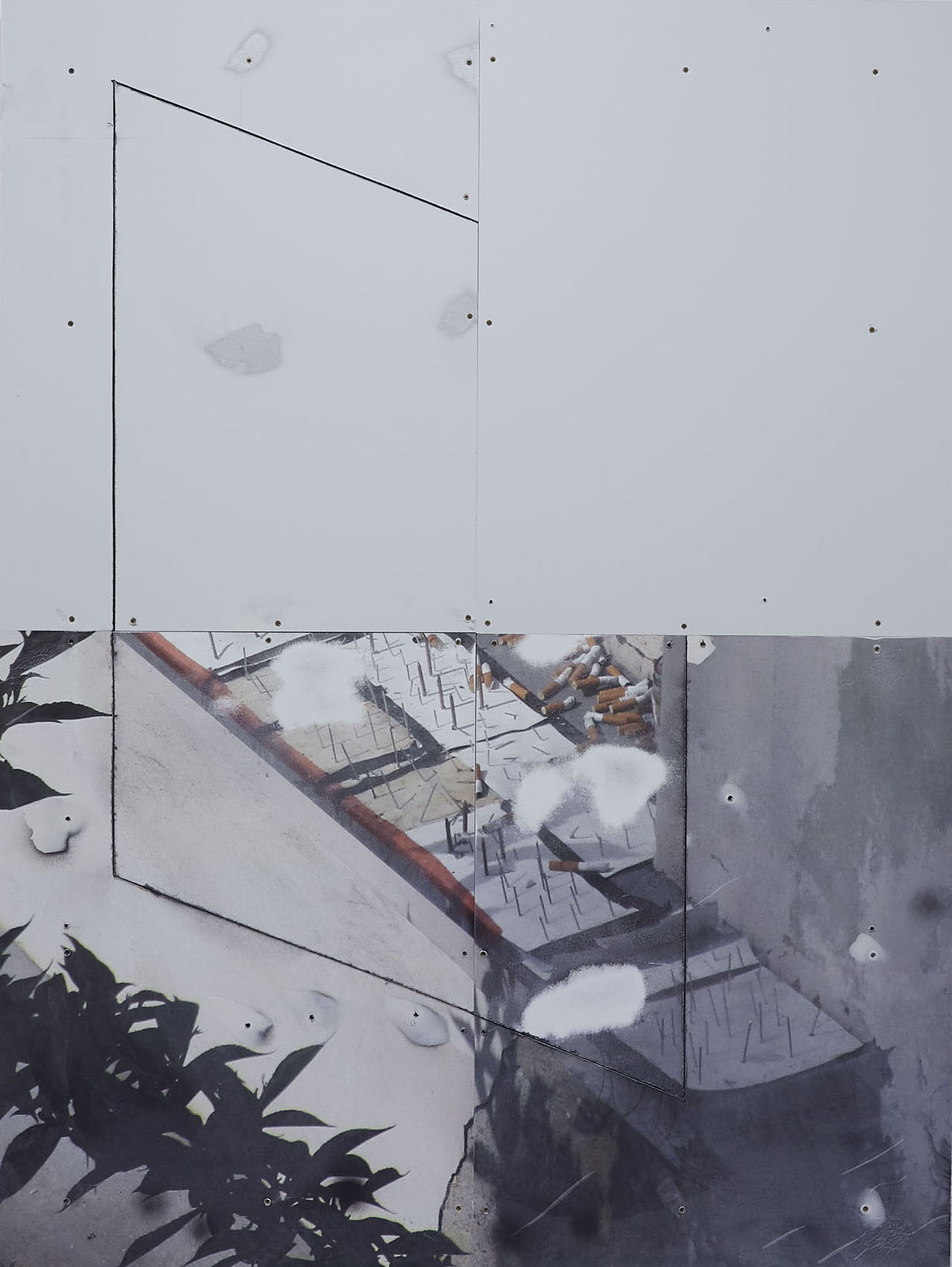 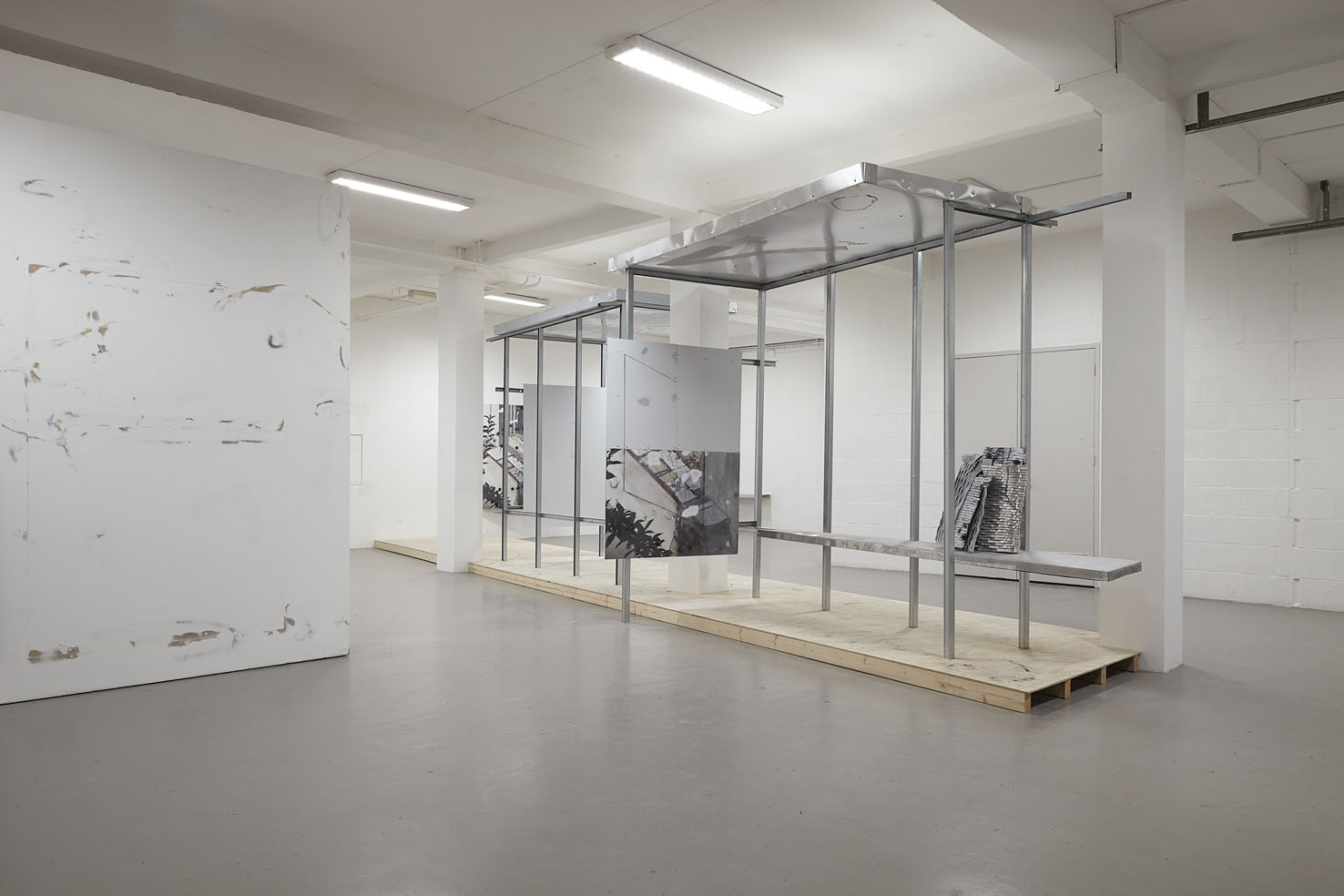 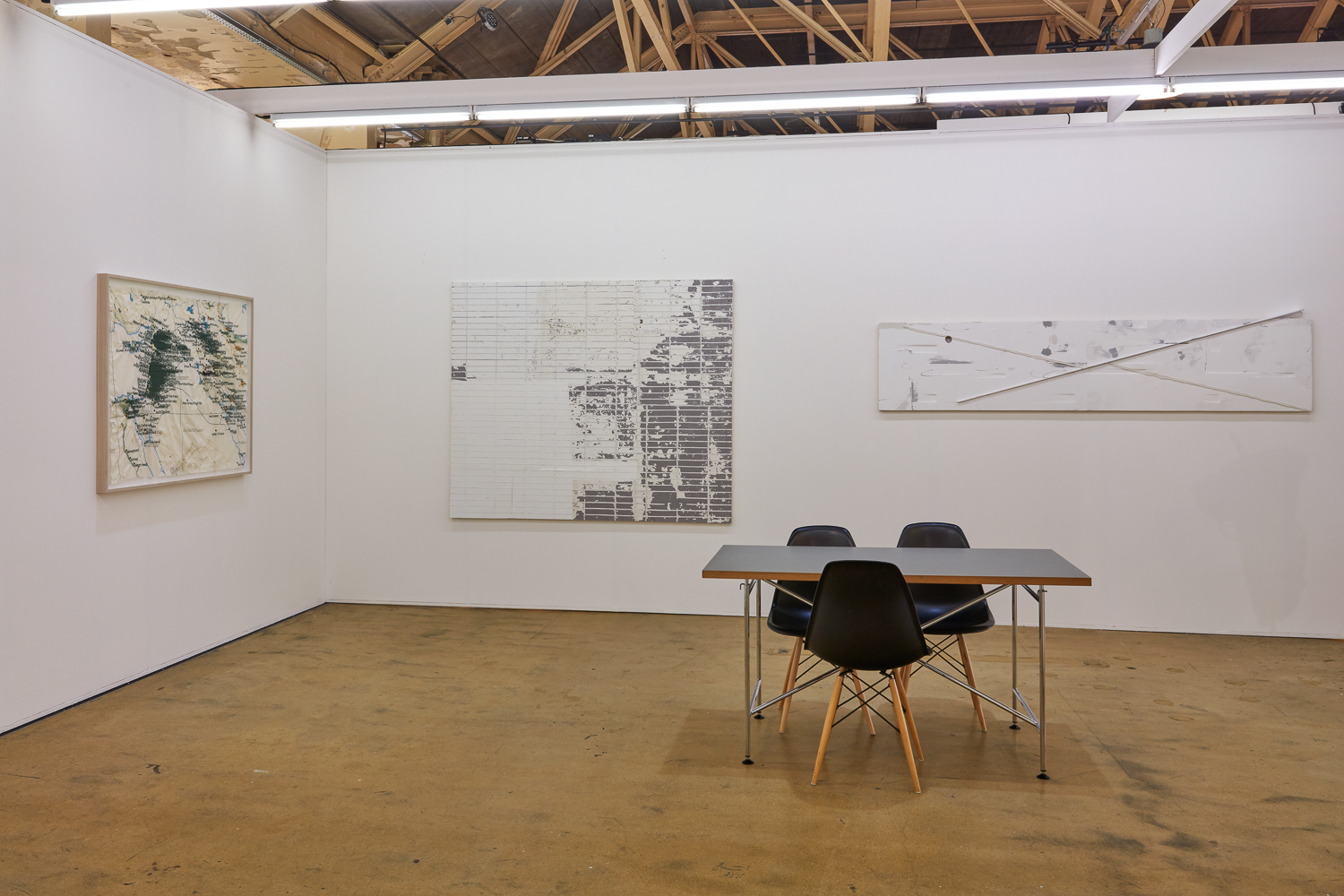 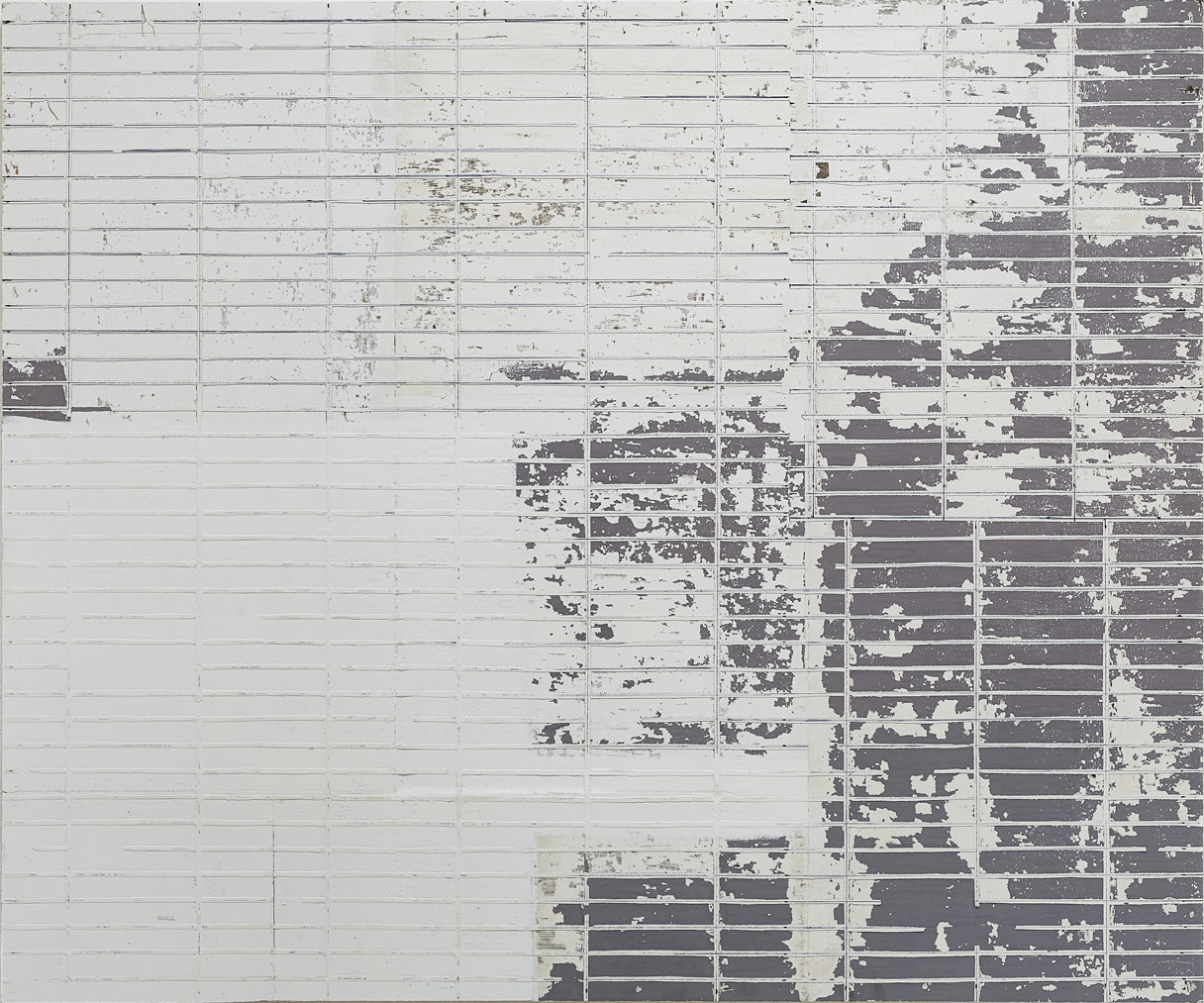 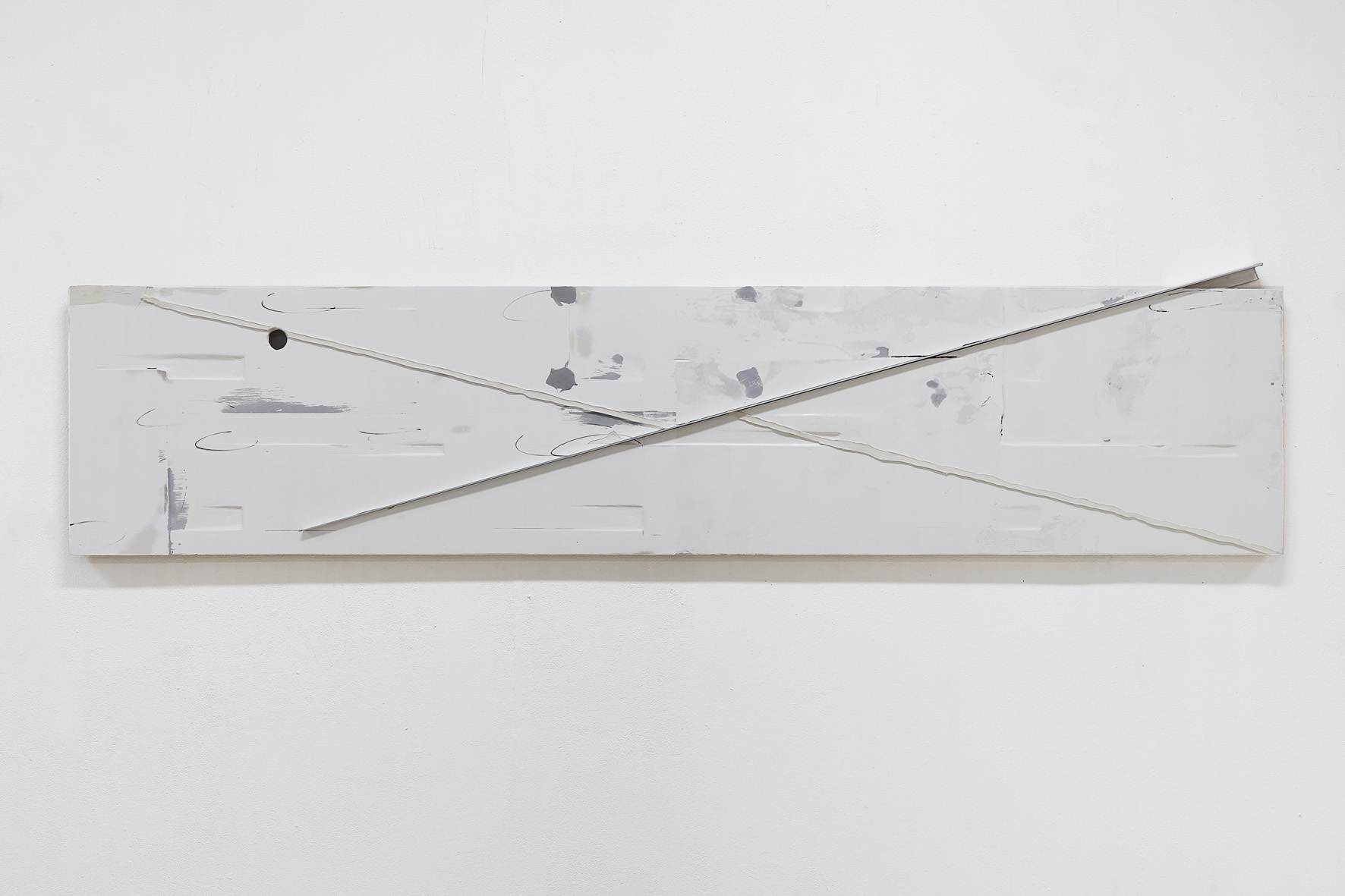 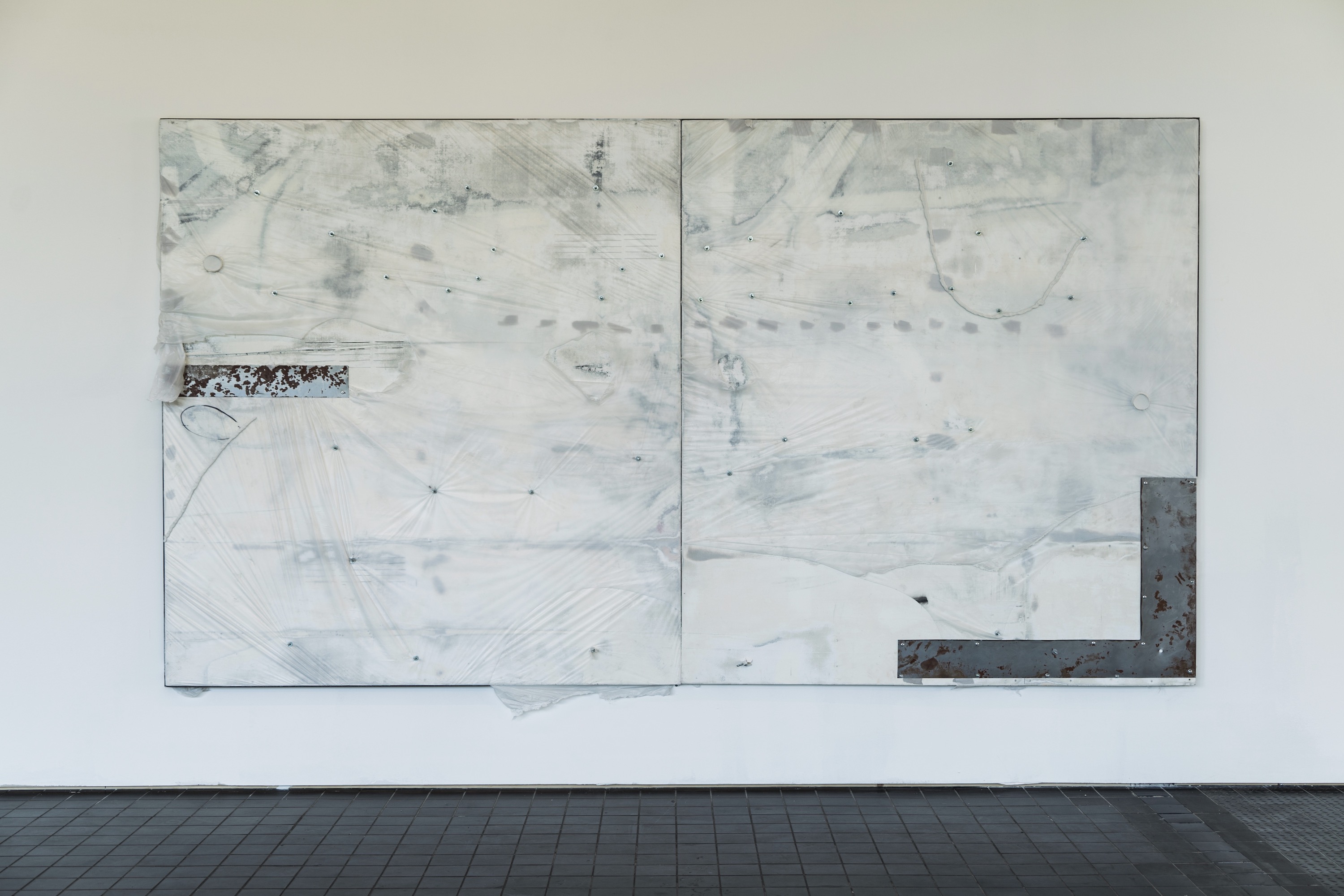 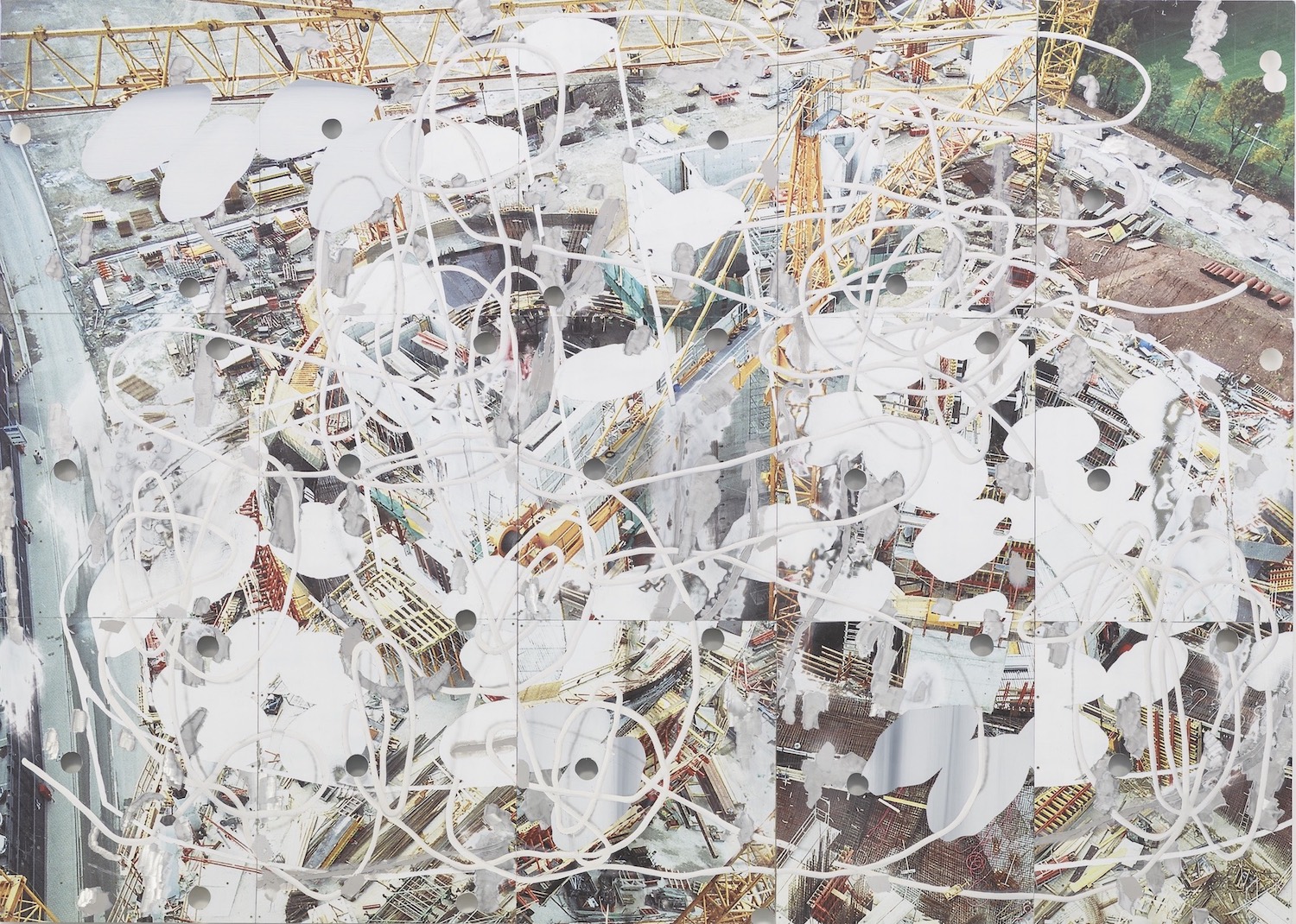 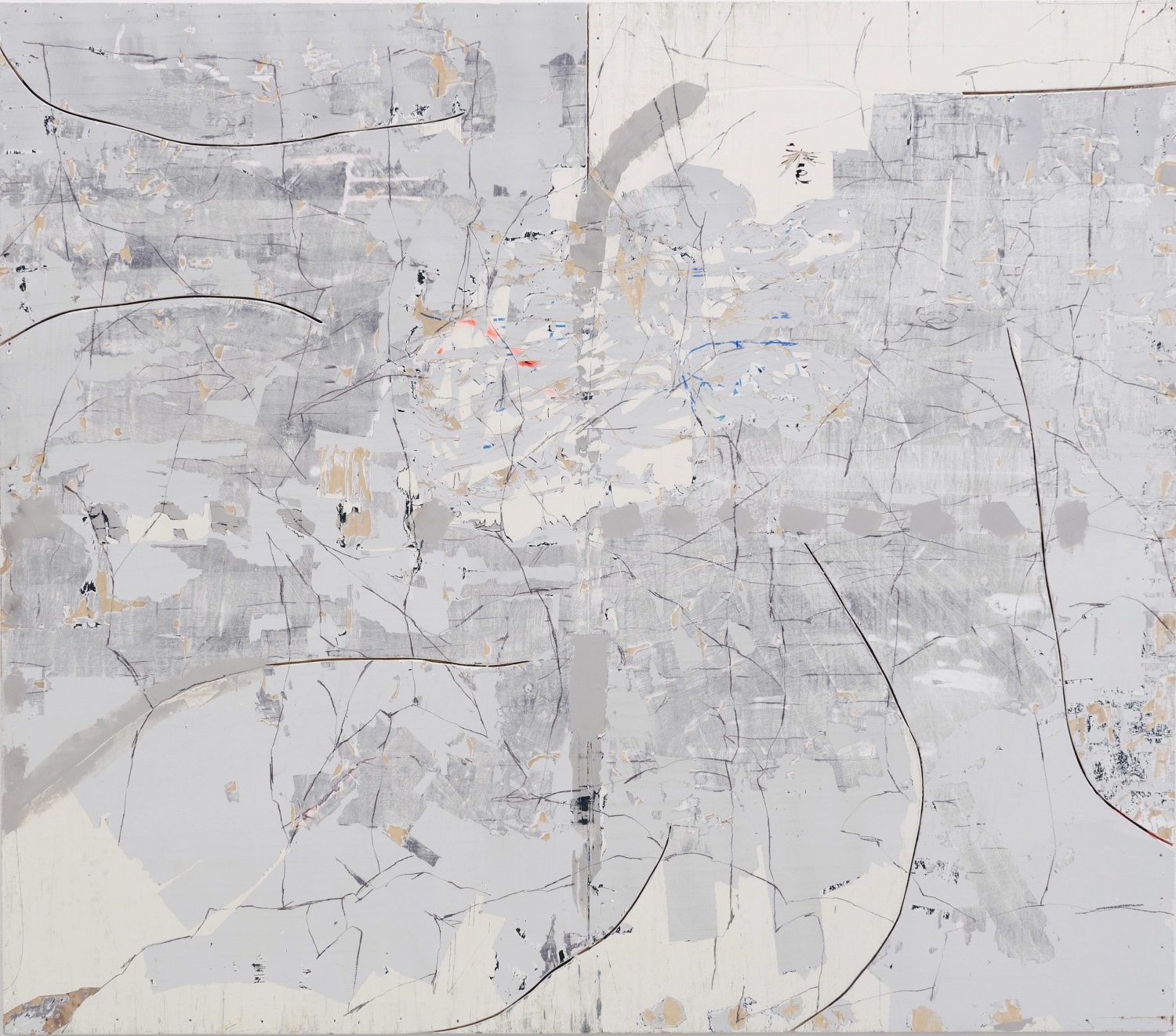 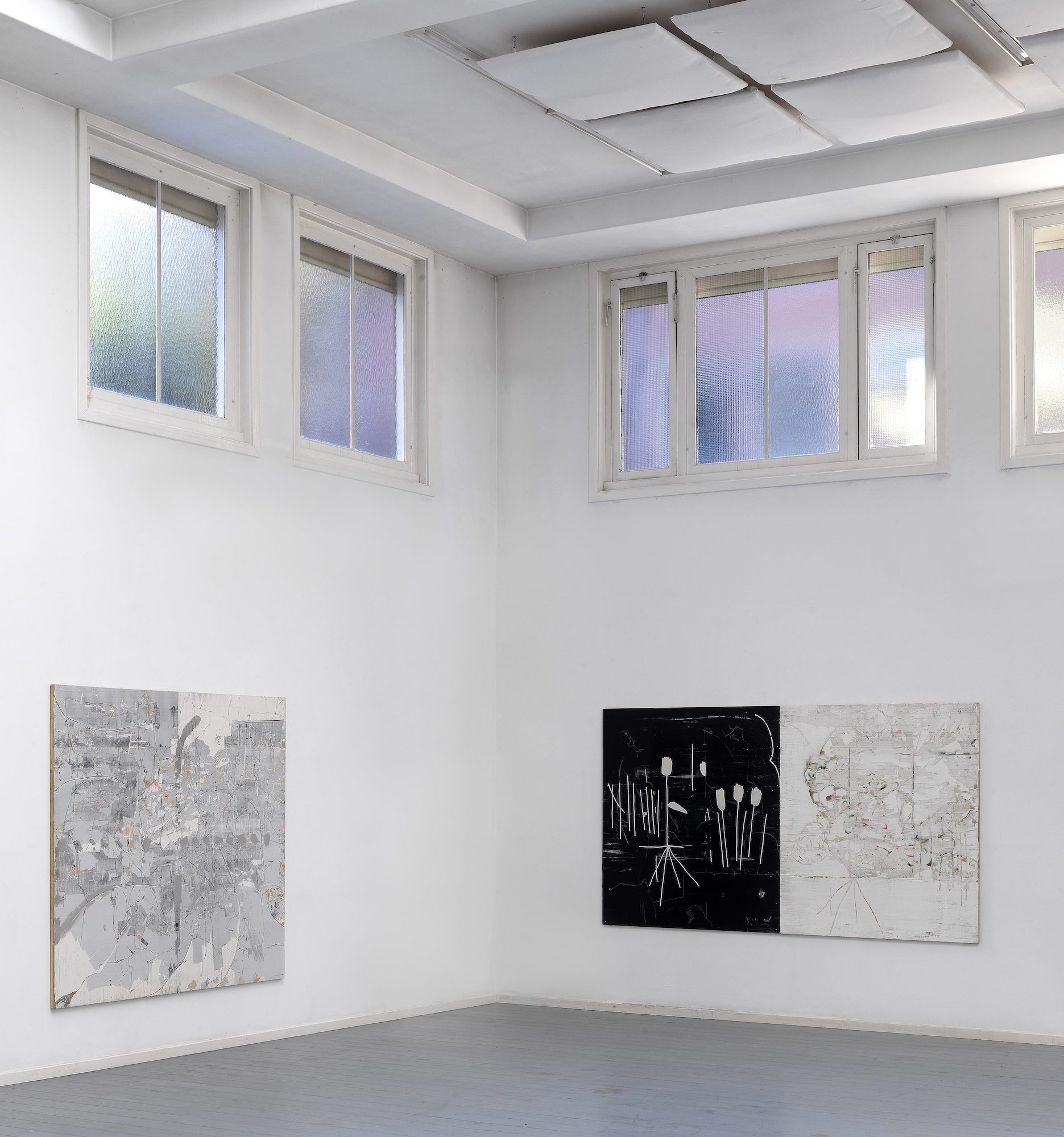 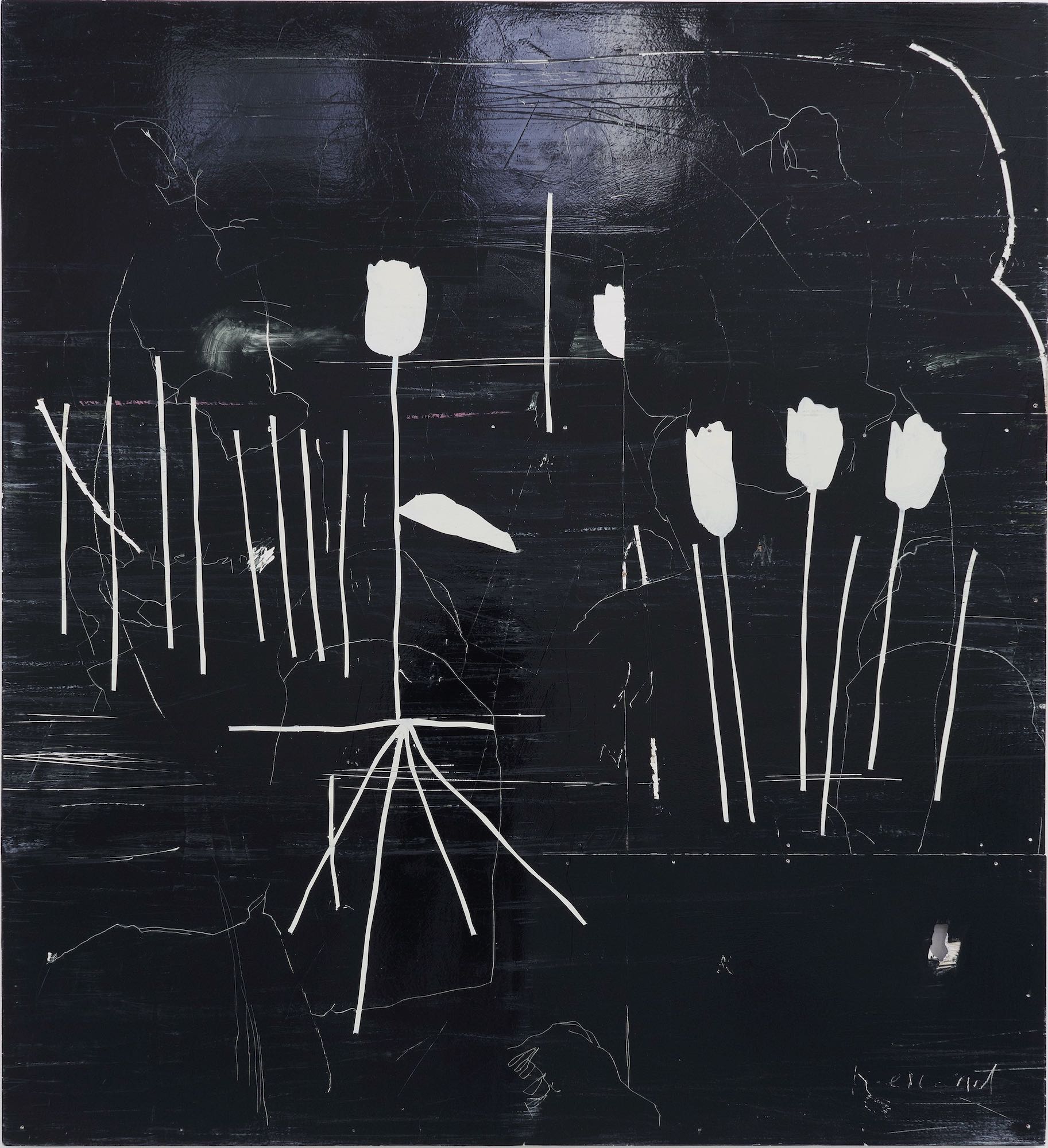 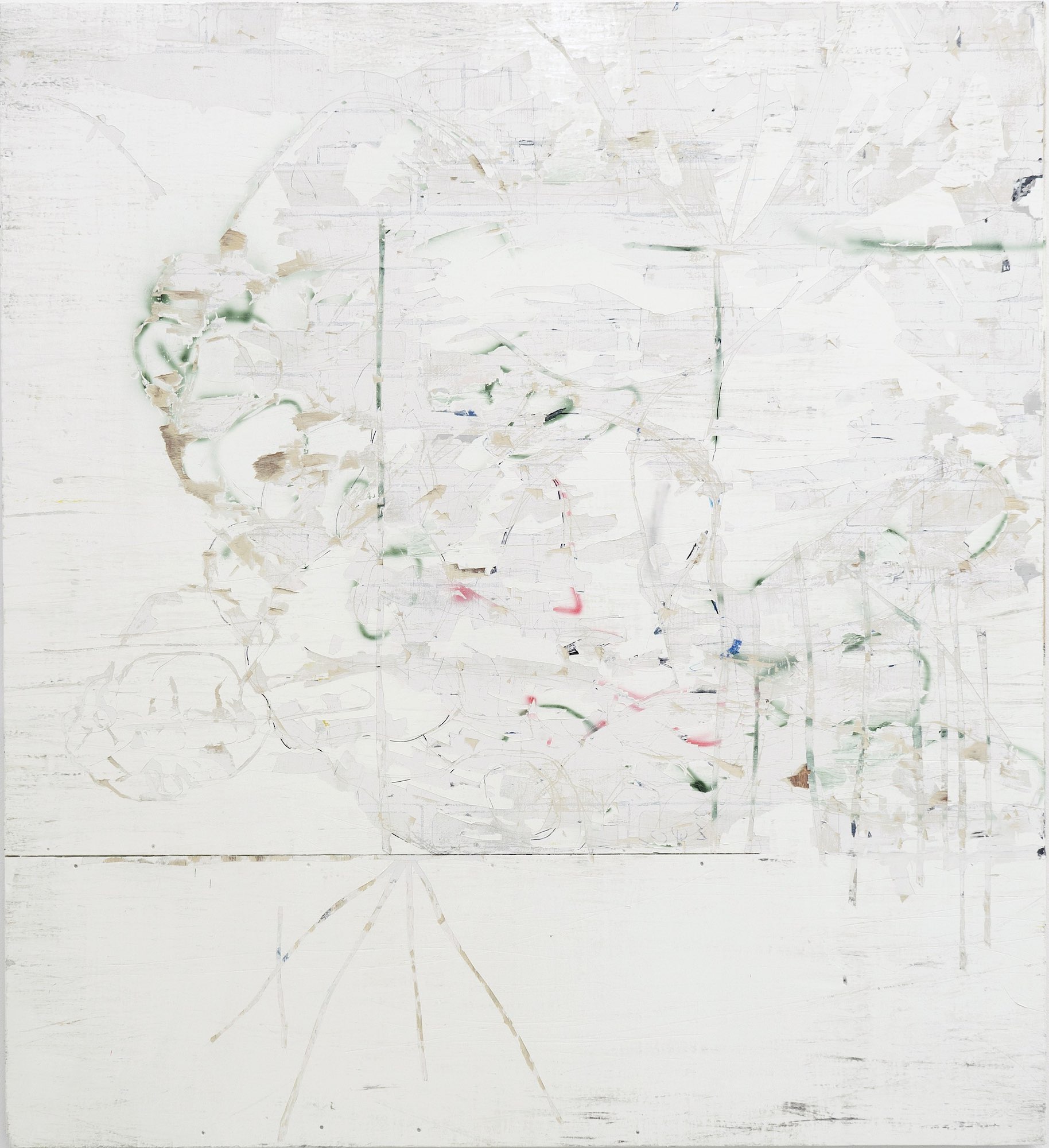 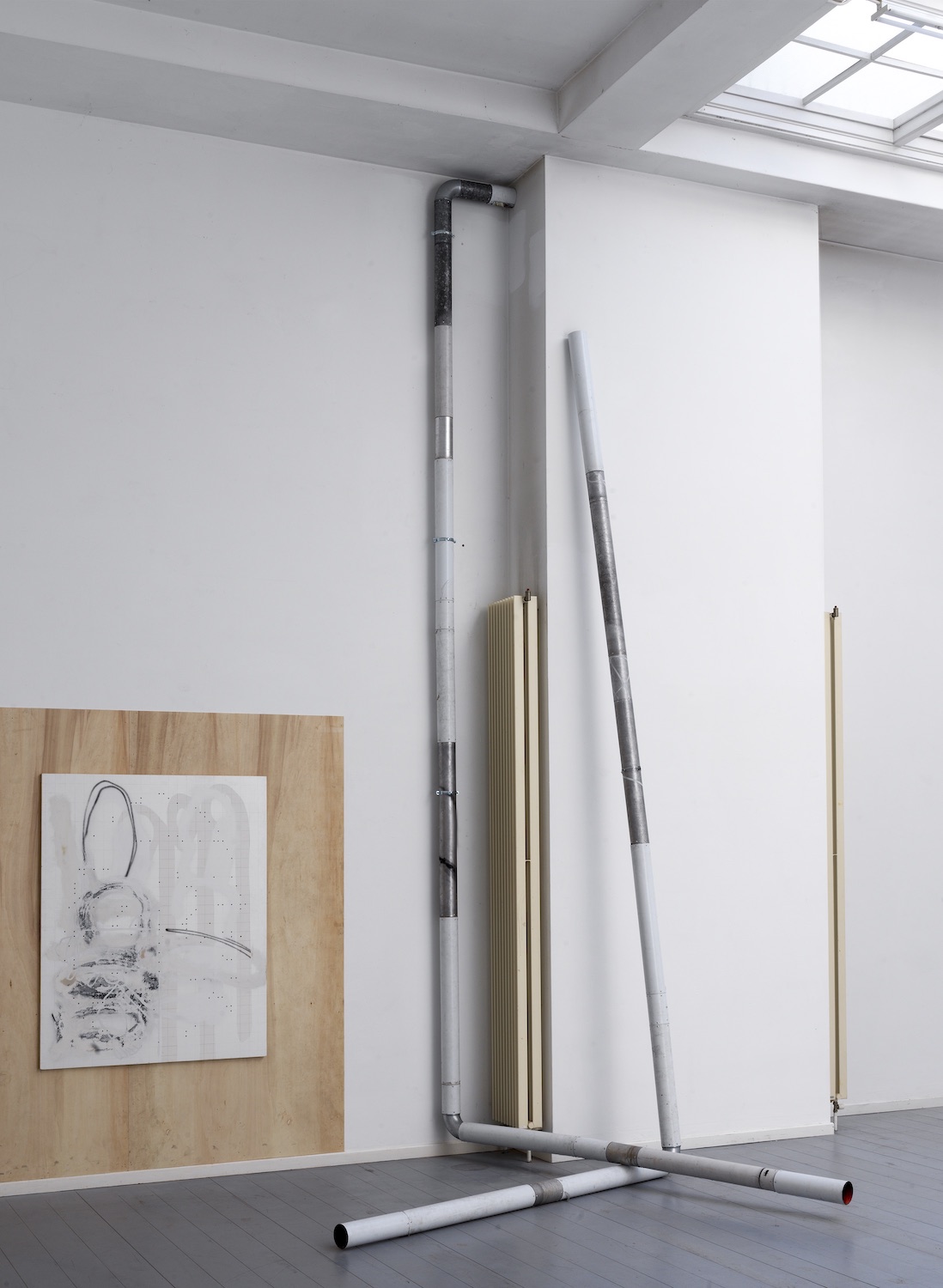 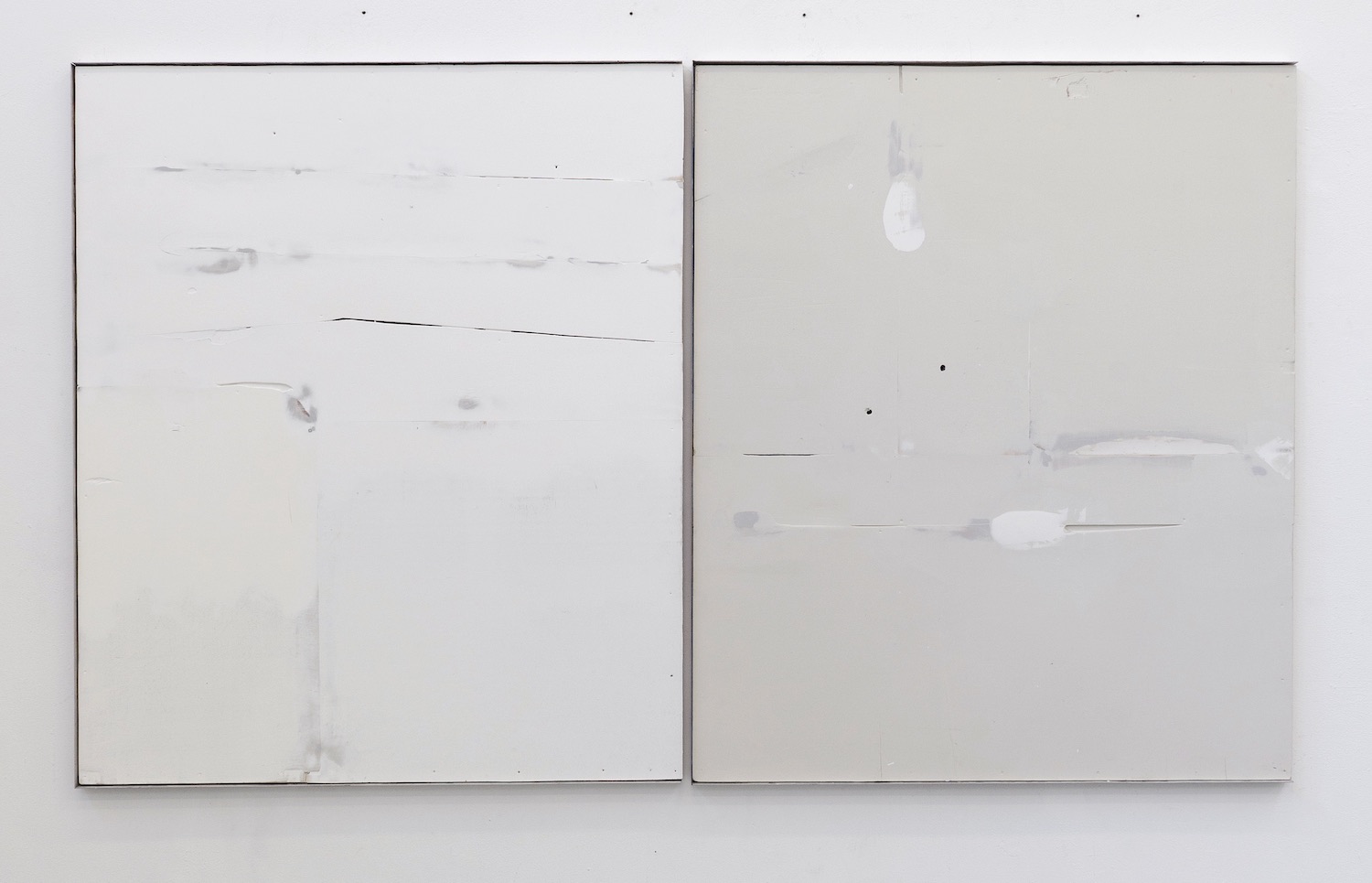 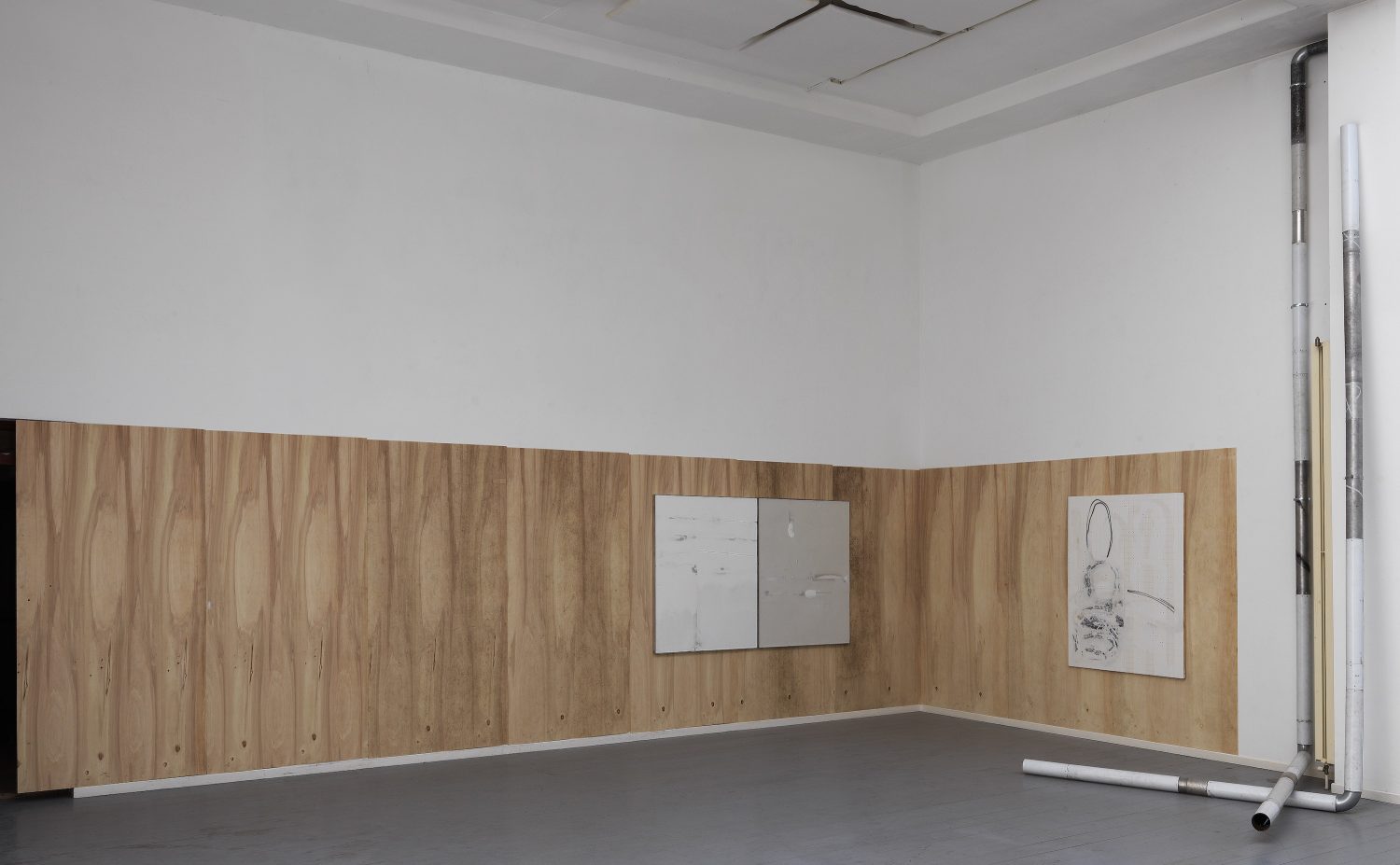 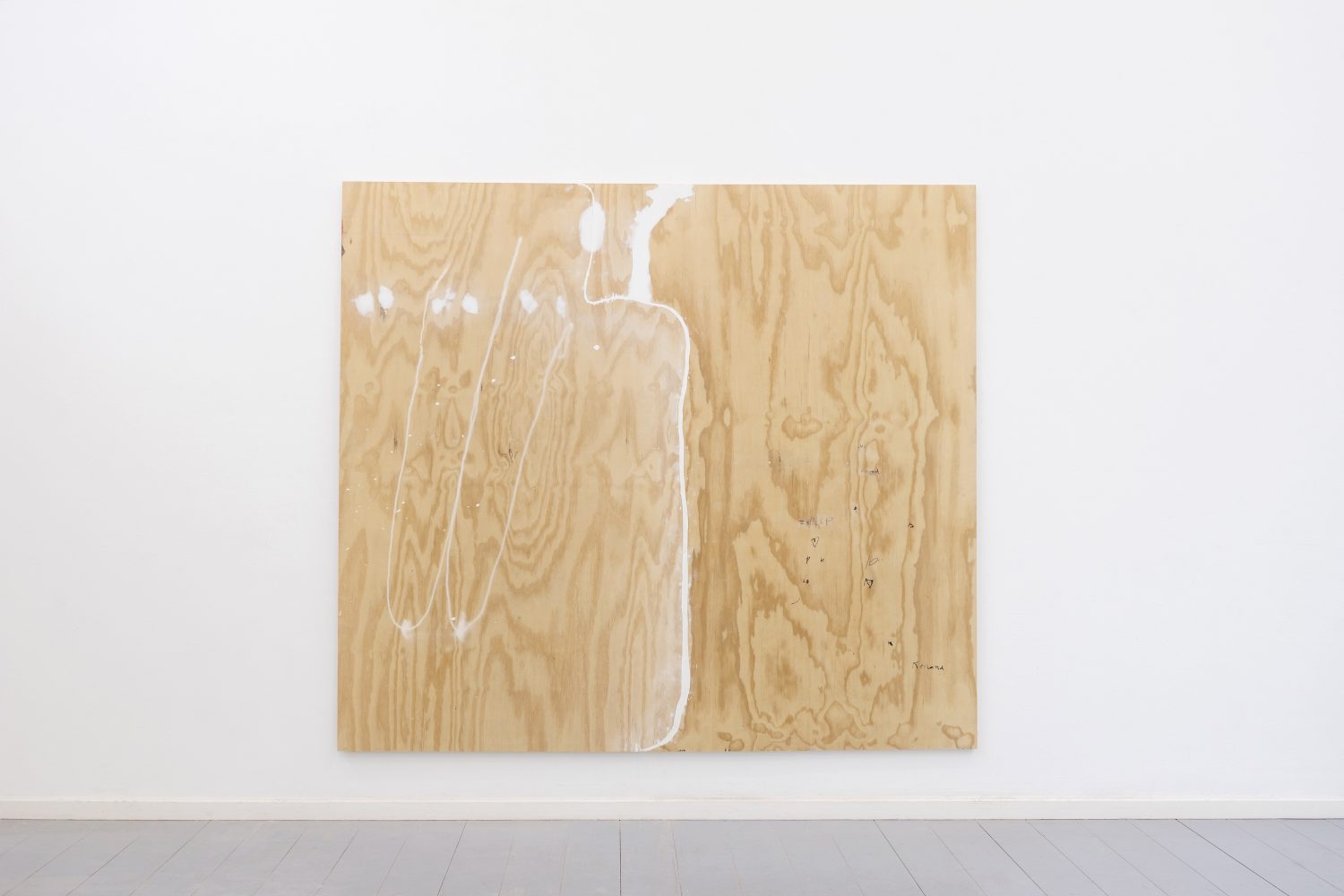 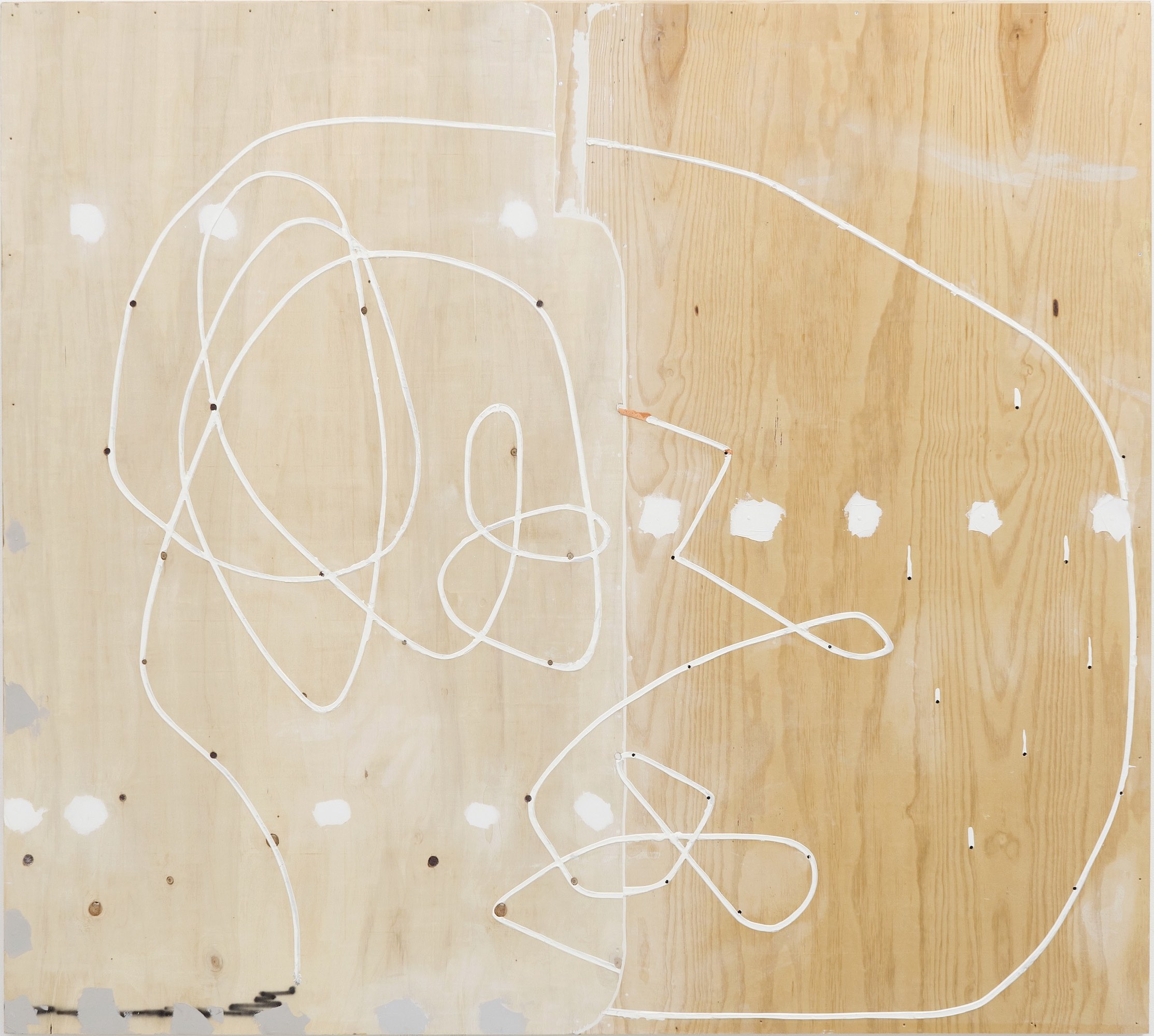 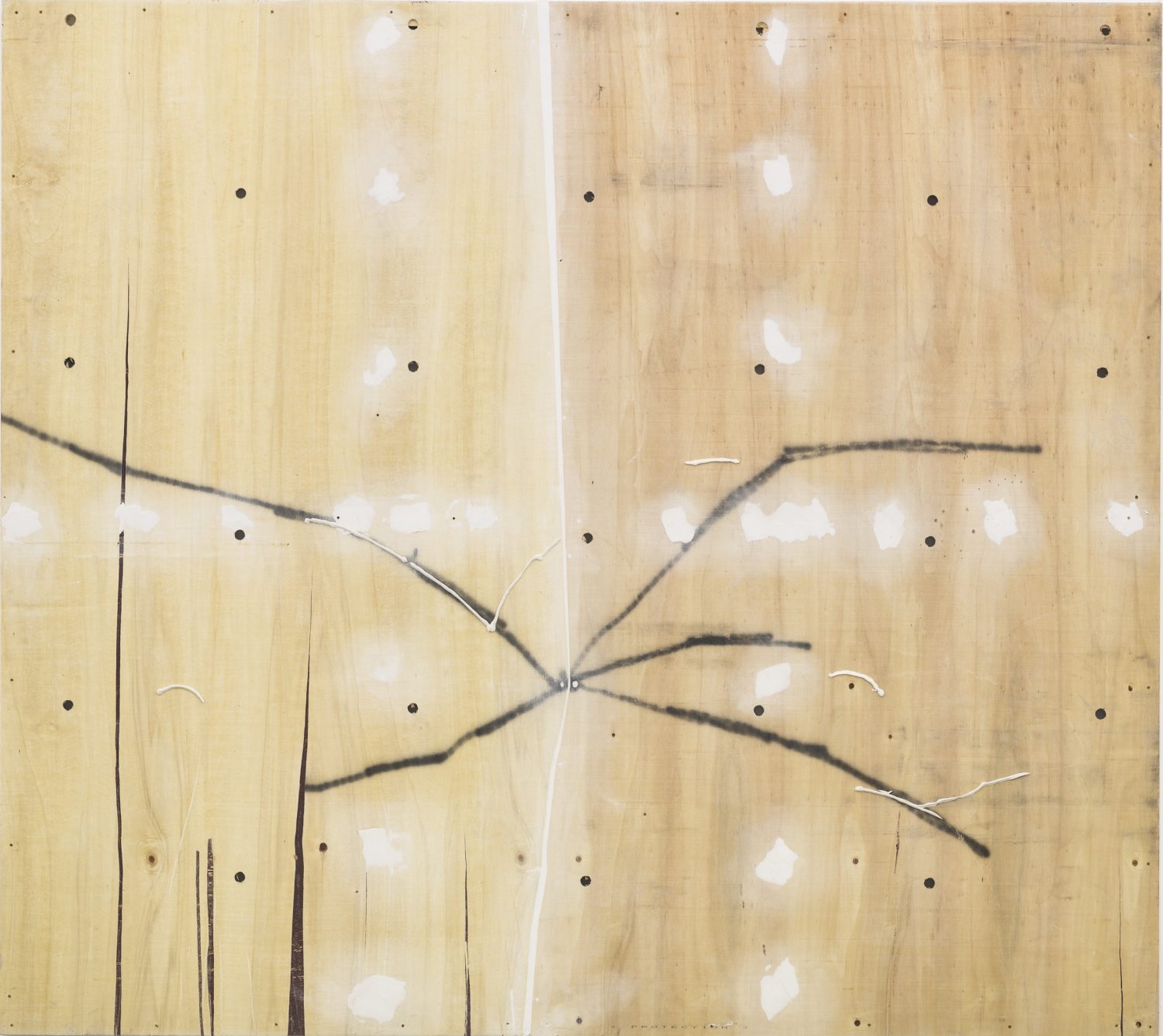 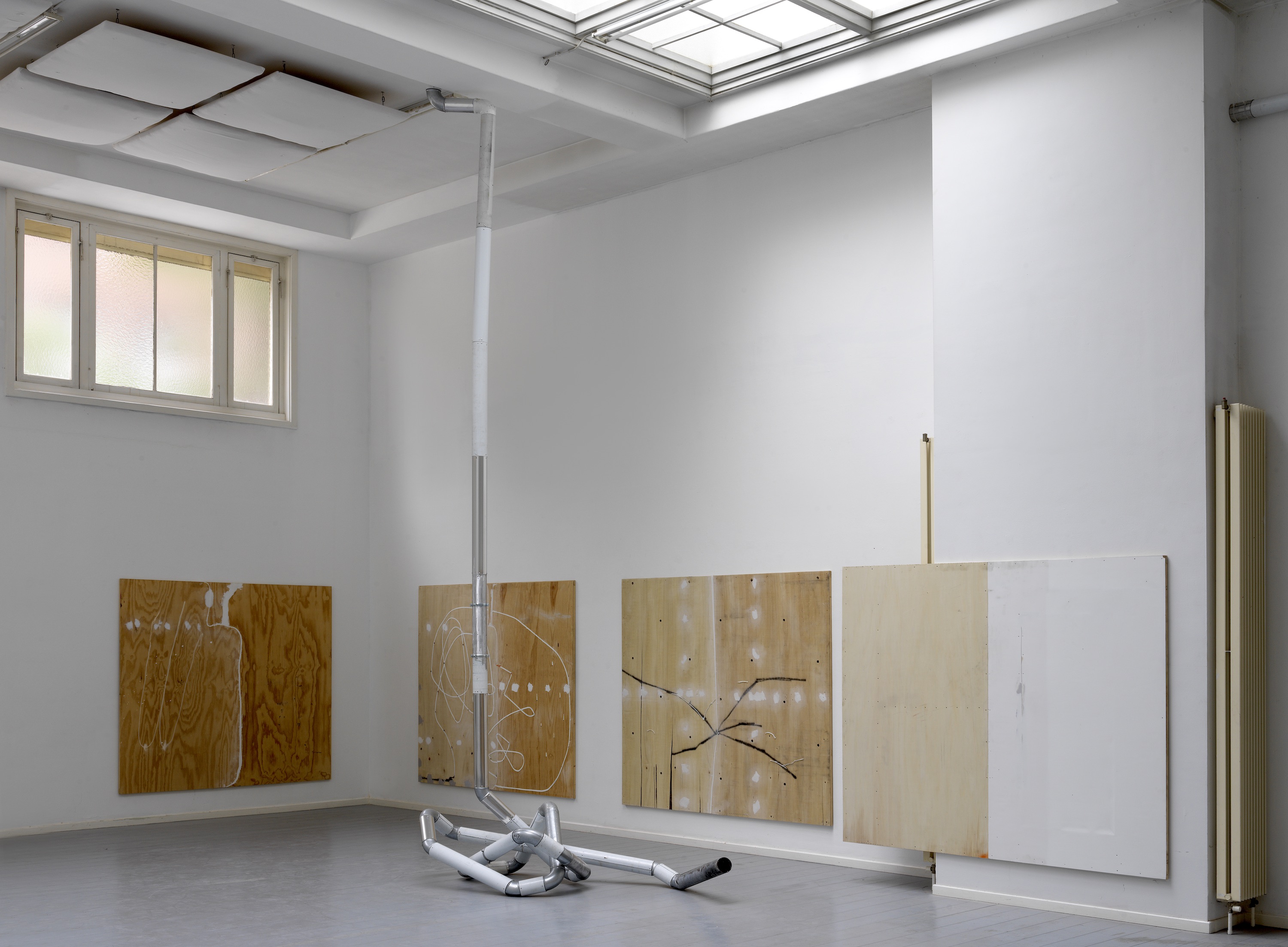 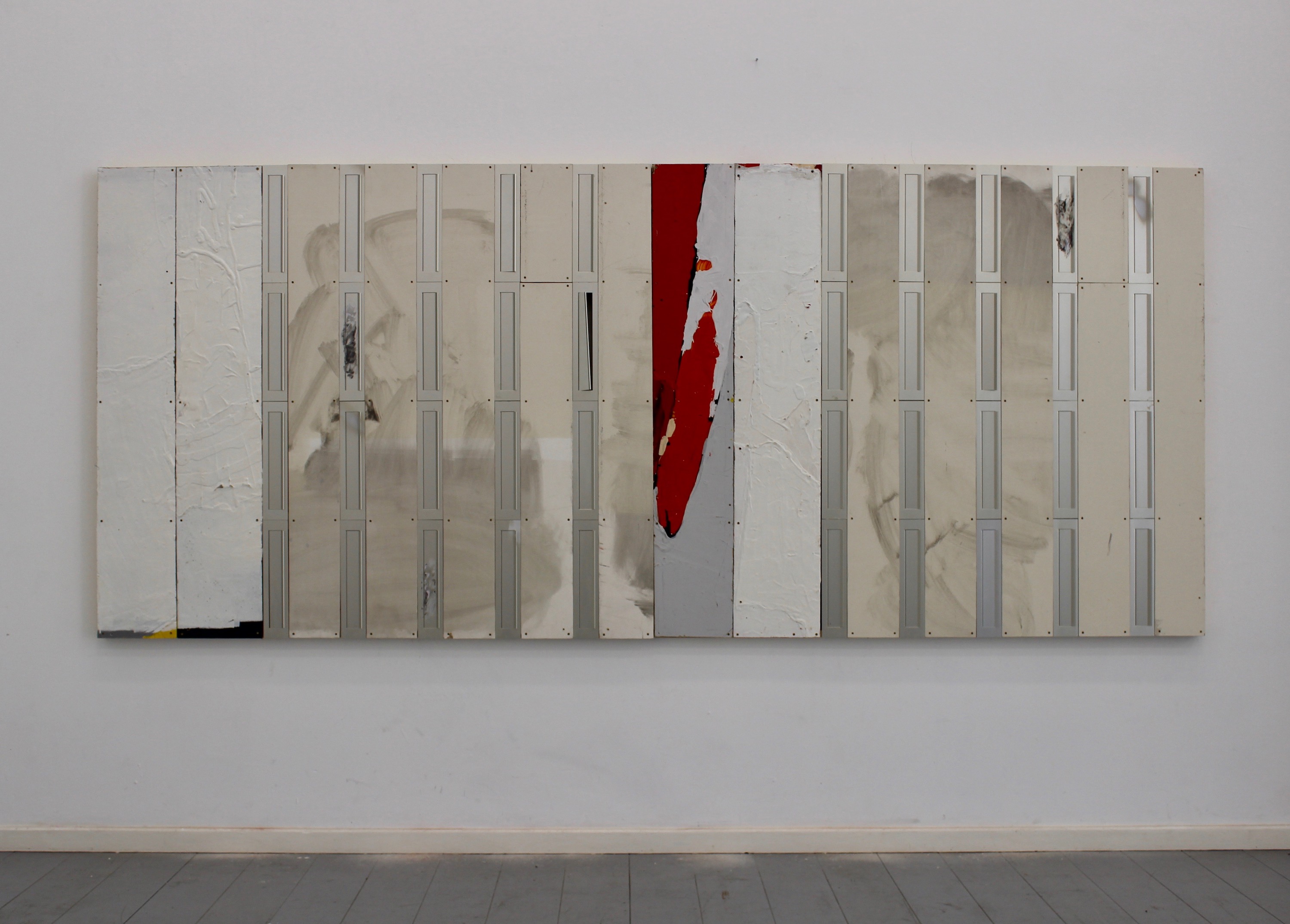 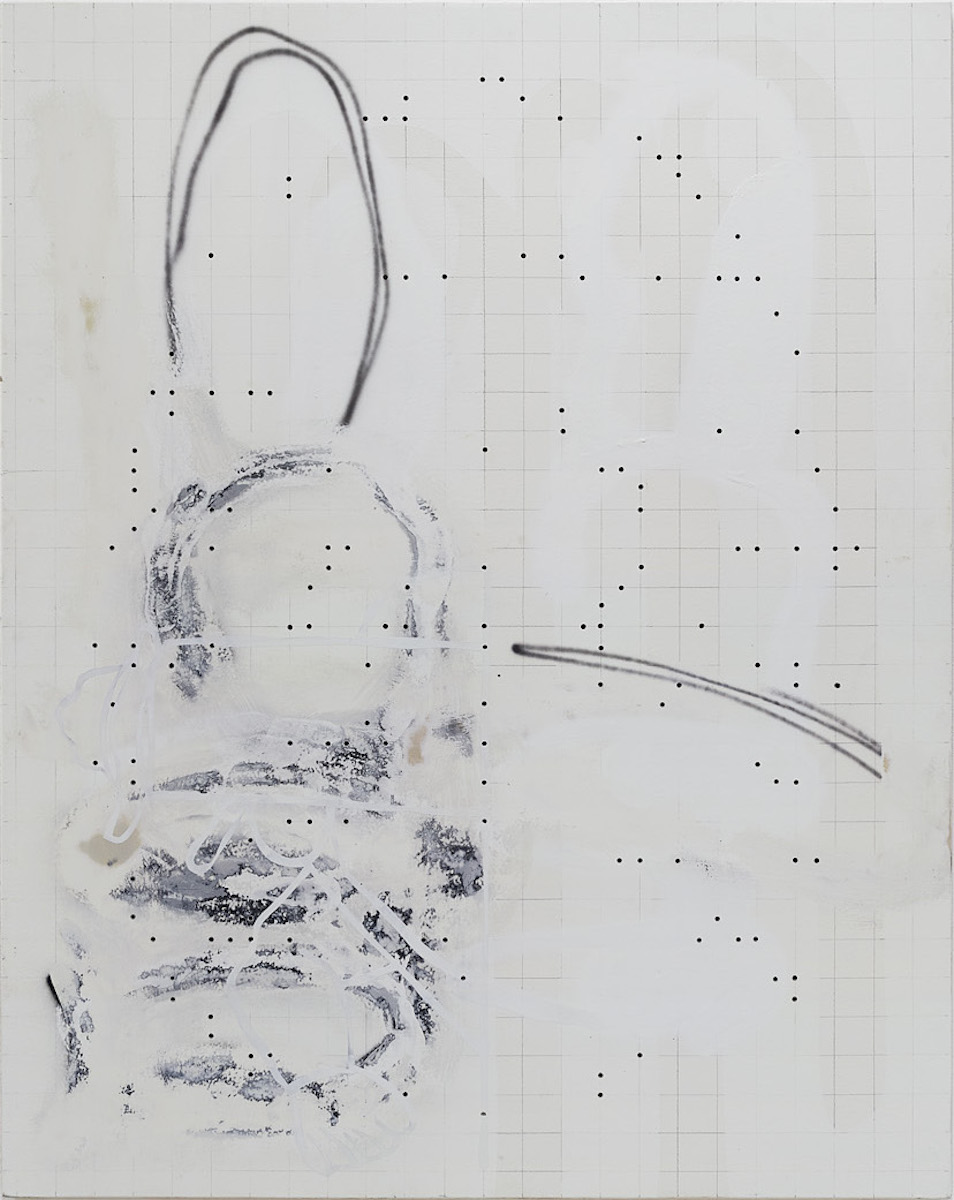 Ricardo van Eyk considers himself a painter. His work arises from an amazement with regard to the urban environment and the way in which the city functions as a ‘support’ bearing the traces of human presence, the lapsing of time and signs of decay. Images from his surroundings that he finds meaningful are isolated and used within his own work in order to discover the logic of those images. Van Eyk works on the basis of wooden constructions: boards that are placed against each other, the saw-cut becoming a visual element, while paint is applied and sanded away and applied again. Found objects, as well as the use of everyday household materials, underscore his playful way of working.

Dominic van den Boogerd on the work of Ricardo van Eyk in his publication Great Temptations. The irresistible art of painting: “Over time, the choice of a wooden carrier turned out not to be incidental, but structural. The drill holes that casually appeared on the screen, sealed with filler, gradually became a recurring part of the image repertoire. The cuts were gradually given a role in the lines of the composition. Scraping off the paint initially started out of dissatisfaction with the painted surface and changed from destructive gesture to constructive creation. In this way, his visual language was slowly but surely formed. A characteristic of this visual language is that actions that serve to prepare a painting have themselves become a form of painting. According to Van Eyk, painting is a matter of sawing, scraping, drilling, mounting, screwing, filling, sanding, painting, spraying, scraping.”