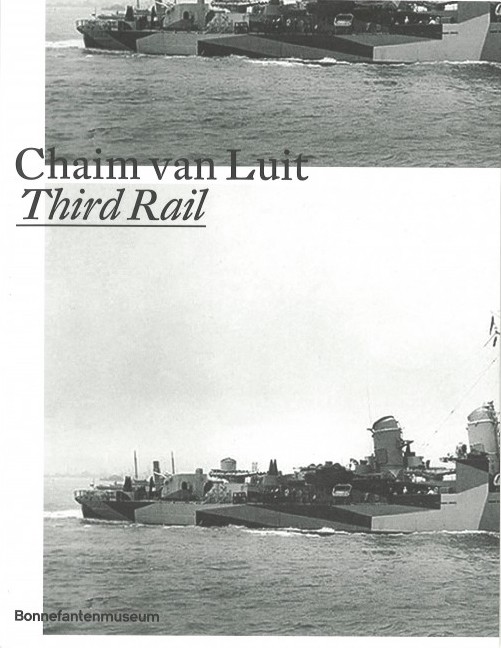 
The teenage years of Chaim van Luit (Heerlen, 1985) were defined by graffiti and rambles through woods and European cities, and also by his time spent with the Dutch Royal Navy later on. Van Luit is distinguished by the individual and meditative qualities that he manages to give to his artworks. In a time when many artistic oeuvres are driven by engagement and the greater ideological discourse, Van Luit’s work forms a welcome counterpoint. Starting from a particular fascination for perception and the mechanisms of ‘looking’, he creates an investigative oeuvre of forms that look simple and reduced at first sight, but which on closer inspection turn out to have an intense expressive impact. Although Van Luit uses a great variety of media, including video, audio, stone, fireworks, salt and site-specific found material, he says his work is best described by the term ‘Painting’. This publication about ‘Third Rail’ includes texts by Pietje Tegenbosch, art historian and art critic, Paula van den Bosch, curator and Stijn Huijts, artistic director of the Bonnefantenmuseum.