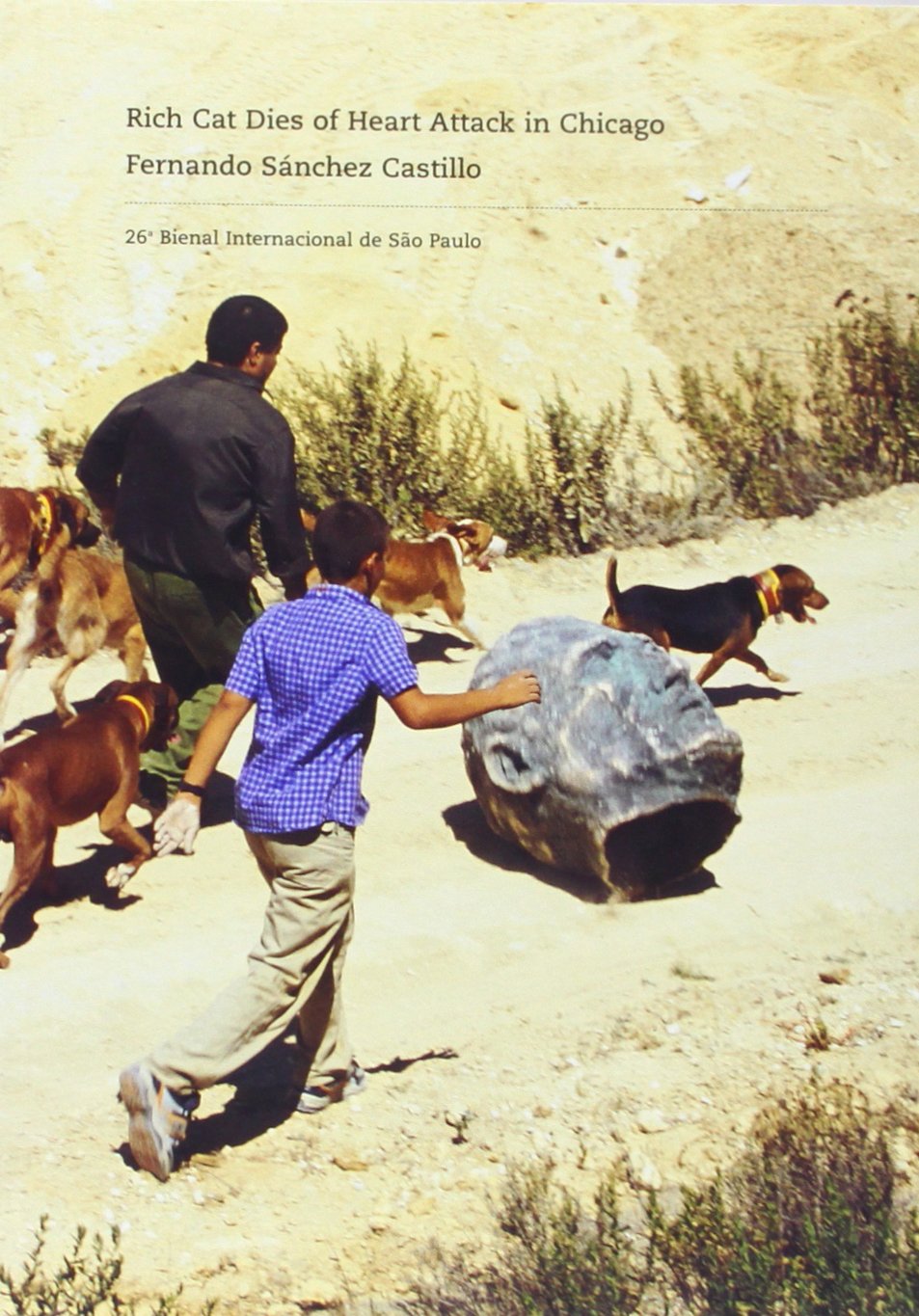 
“Rich Cat Dies of Heart Attack in Chicago” was the puzzling headline of one of Brazil’s most important newspapers in April 1964, after a coup had just taken place. (Censorship had ensured that the paper could not carry a factual title, so they resorted to using a superficial story.) Rich Cat… is also the title of artist Fernando Sánchez Castillo’s video narrative, which shows the cast bronze head of a “standard” ruler (civil, military, royal?) being subjected to a sequence of ambiguous events–choreographies, frivolous games and competitive sports–it is flung from a triumphal arch, dragged by a rope from a security tank, attacked by a pack of hounds and attached by ropes to a number of horses which pull it in opposite directions. As Sánchez Castillo explains, “The intention is to accord an imagery to those social processes which we know have taken place, but of which there has been scarcely any visual representation.” The project is extensively documented with performance images and the artist’s sketches; also included here are other projects from 1994-2003.