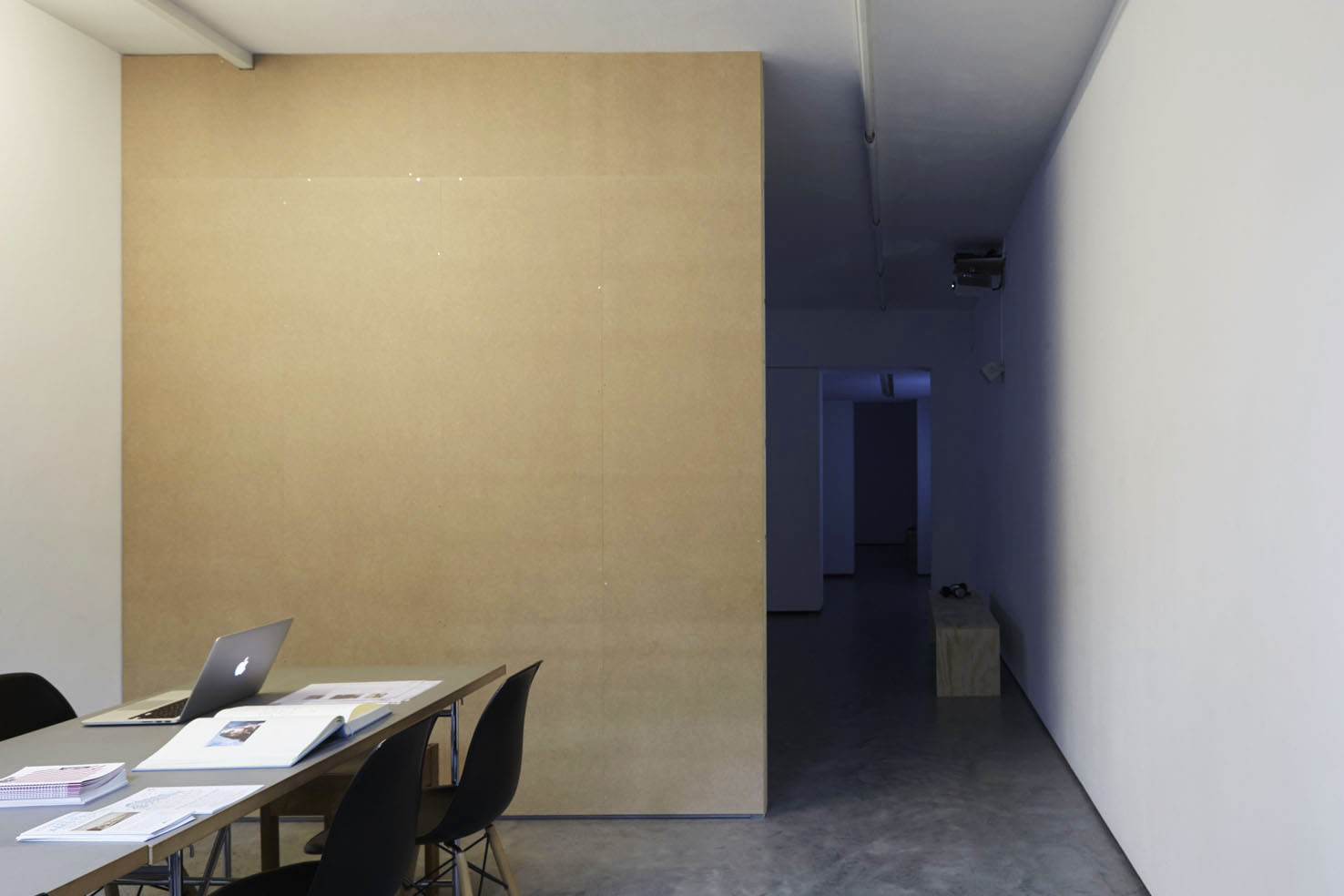 Through the Barricades, installation view 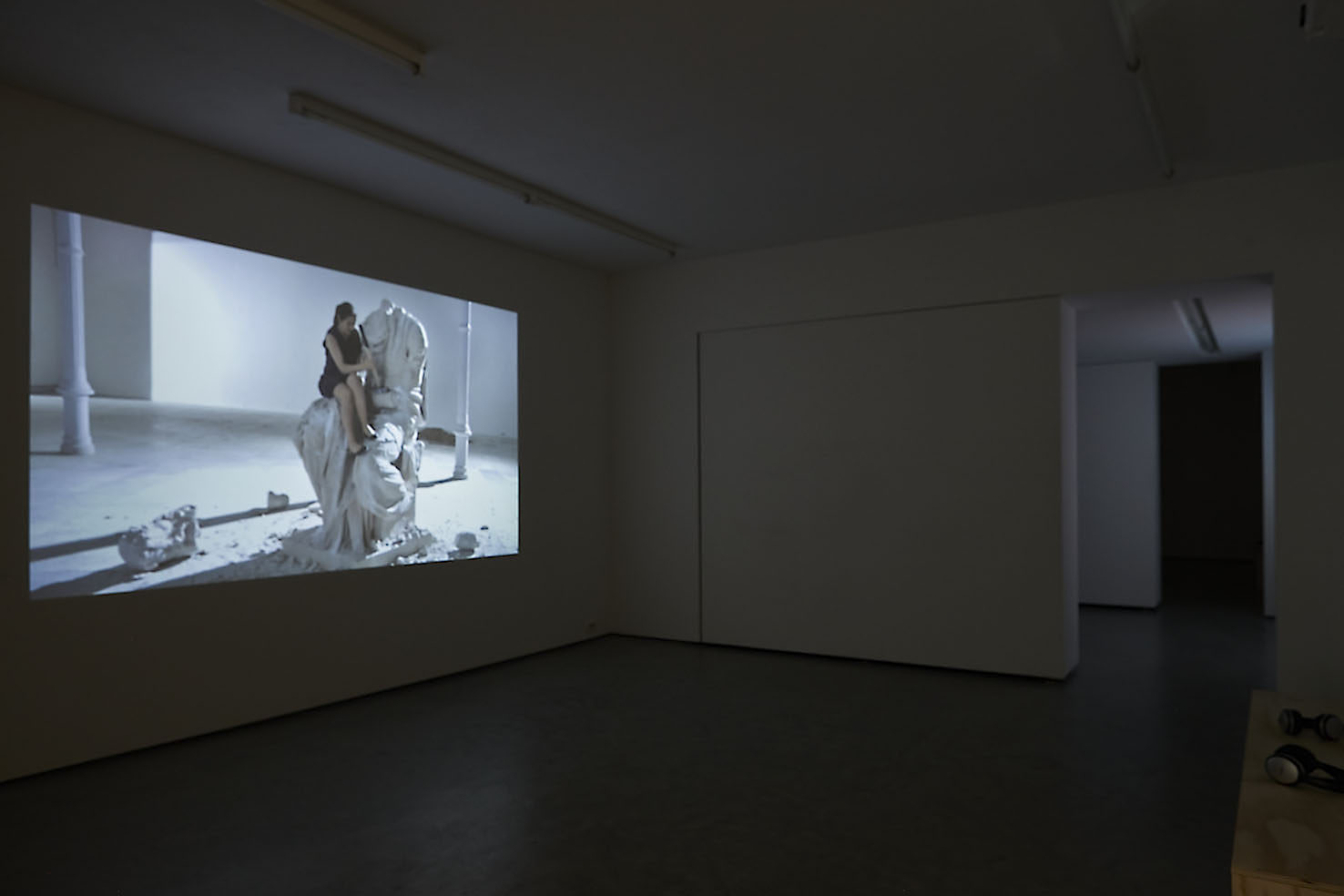 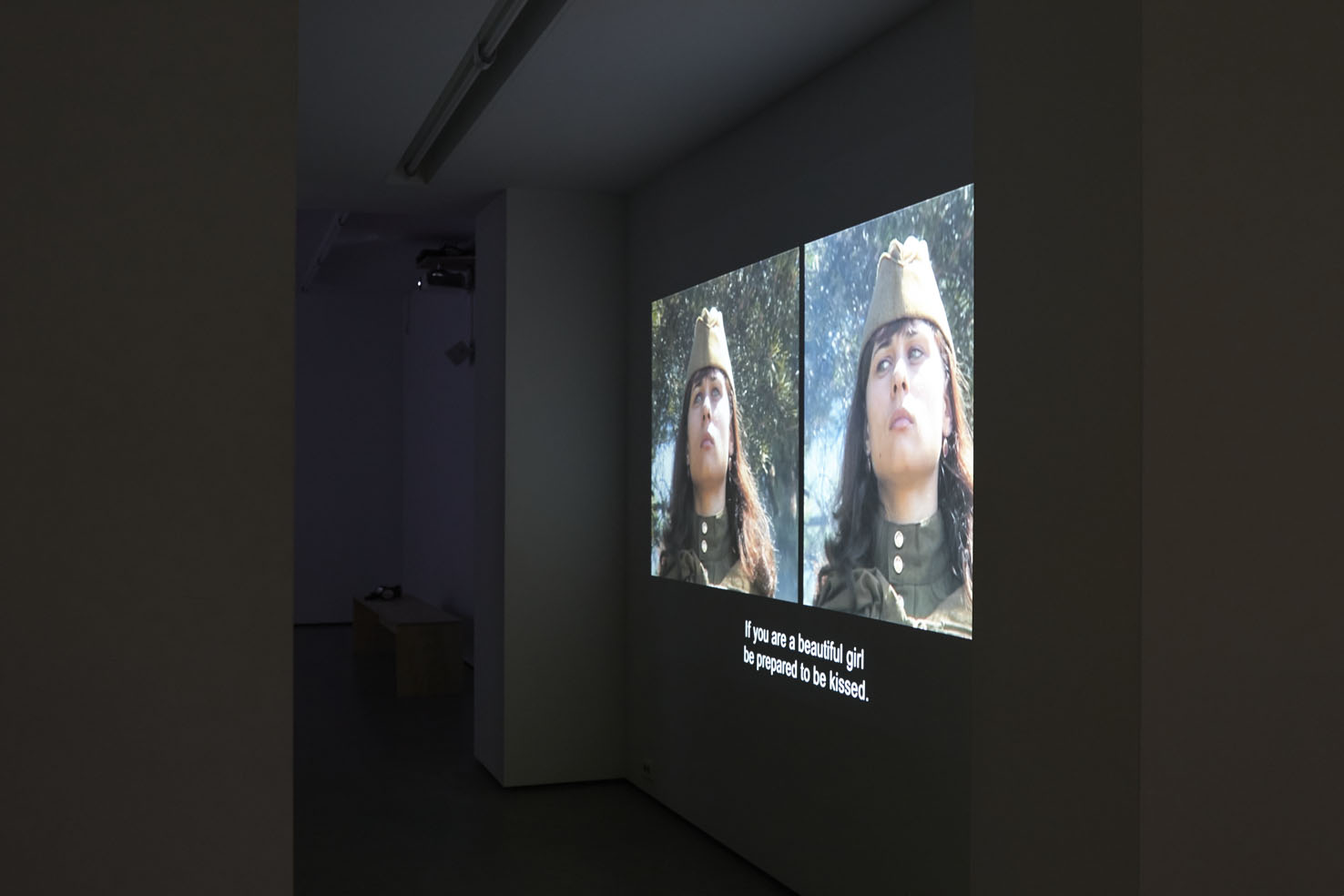 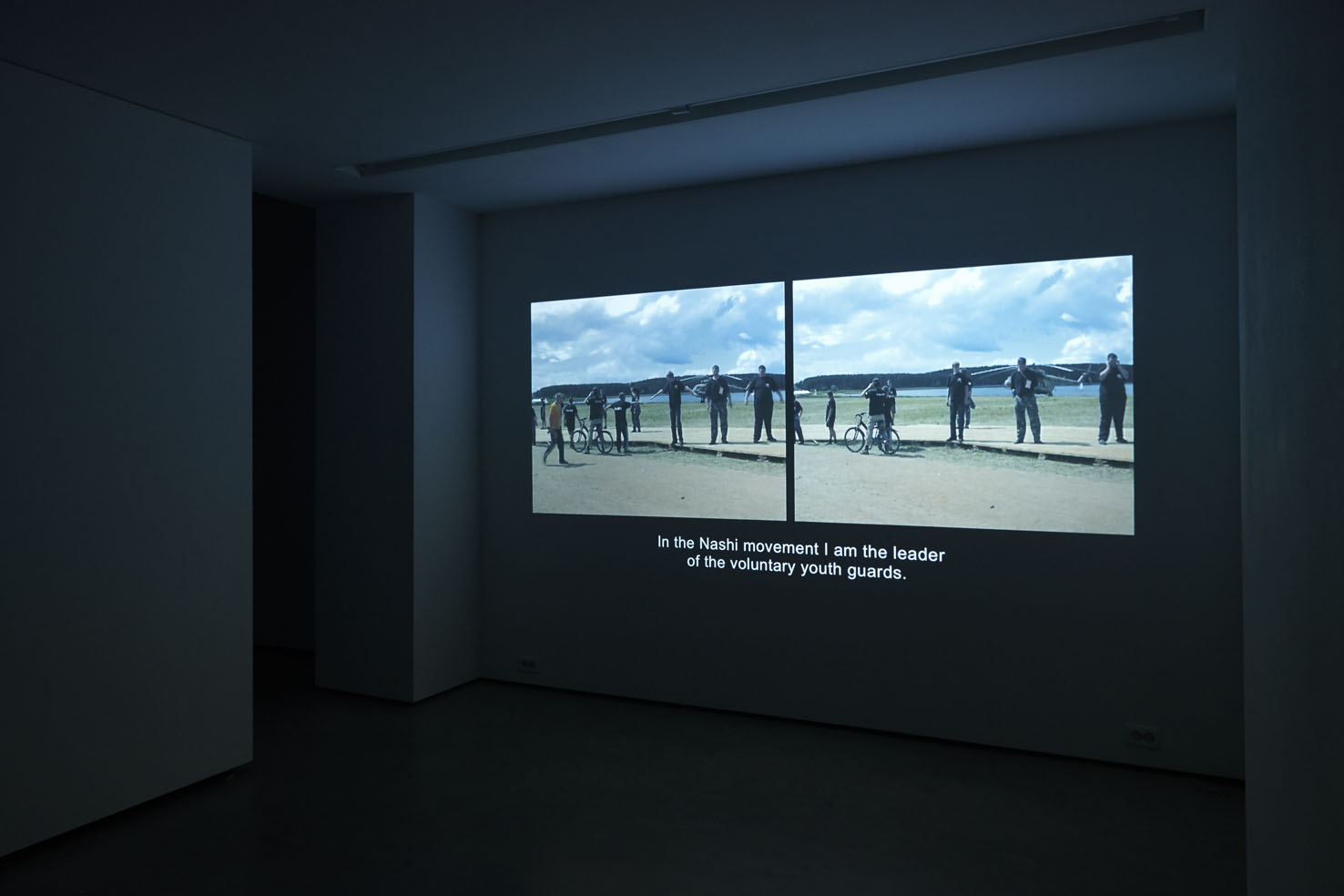 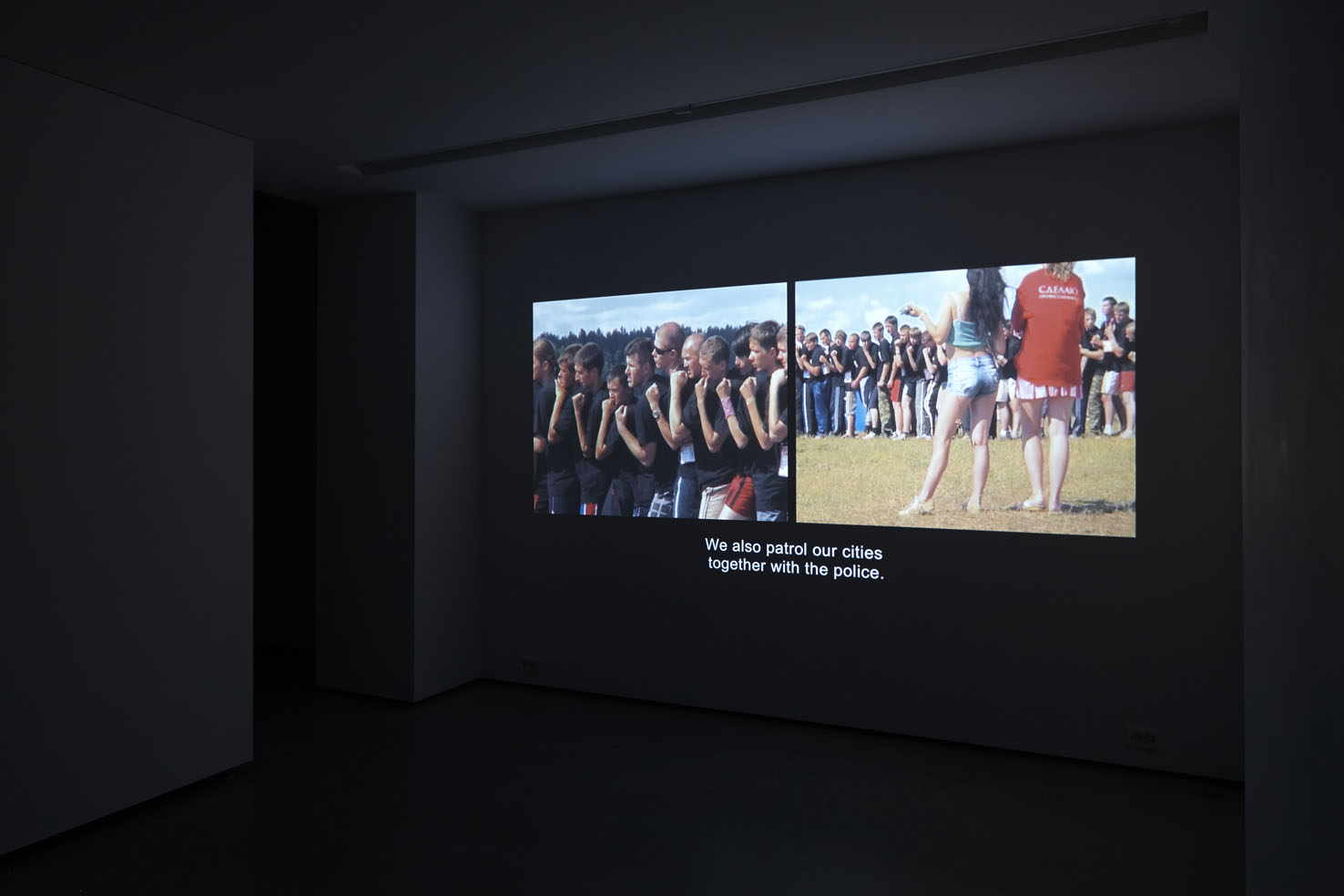 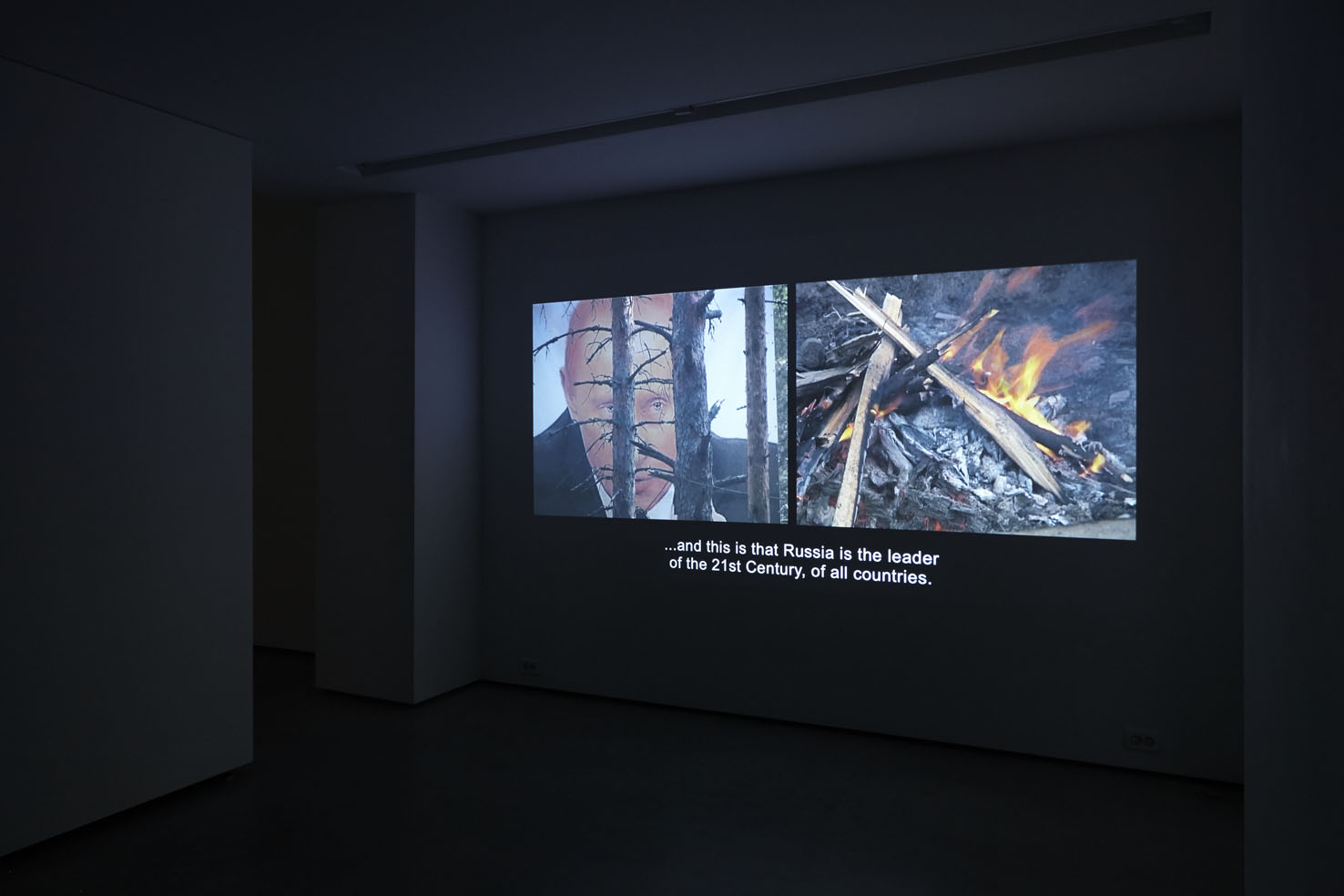 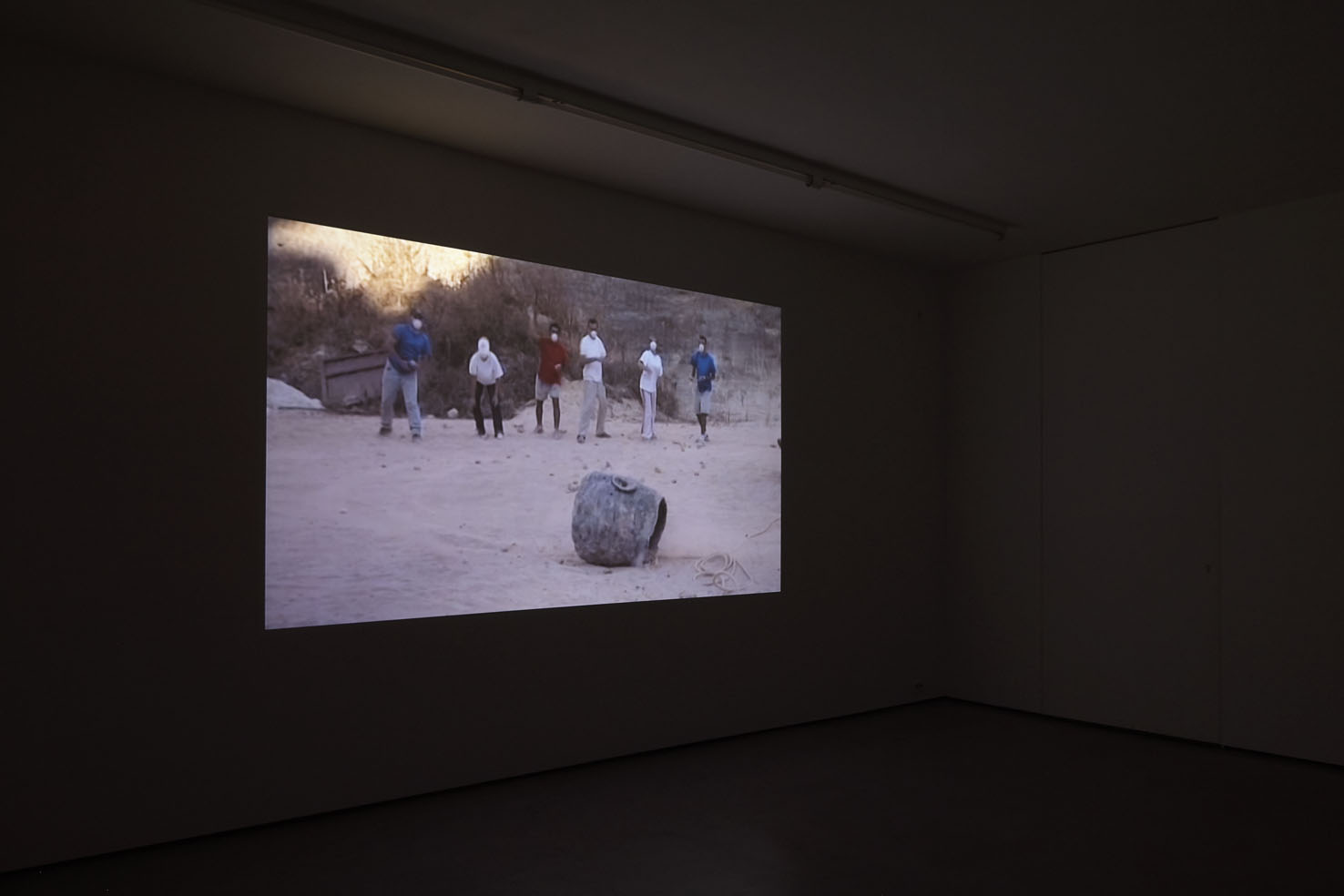 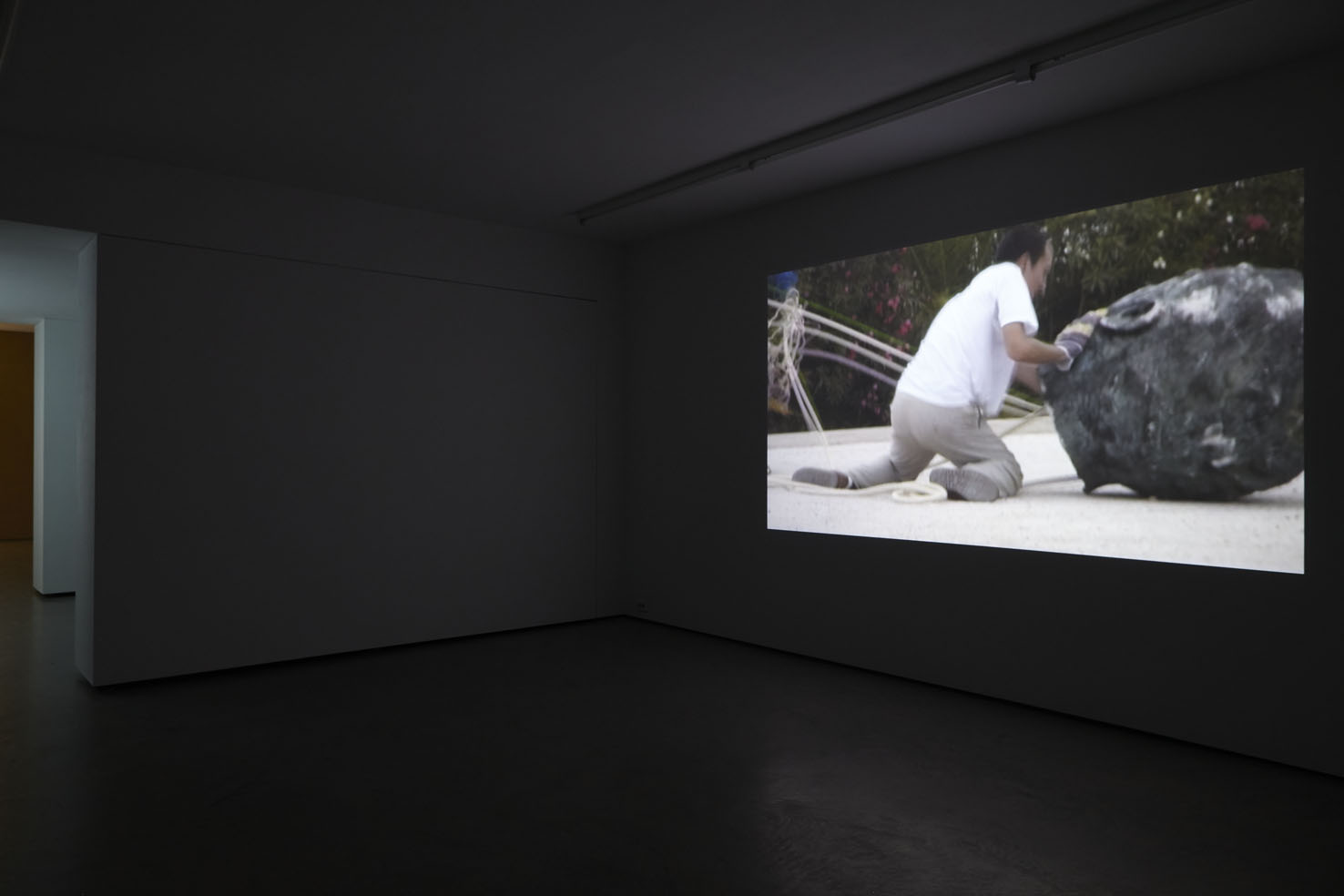 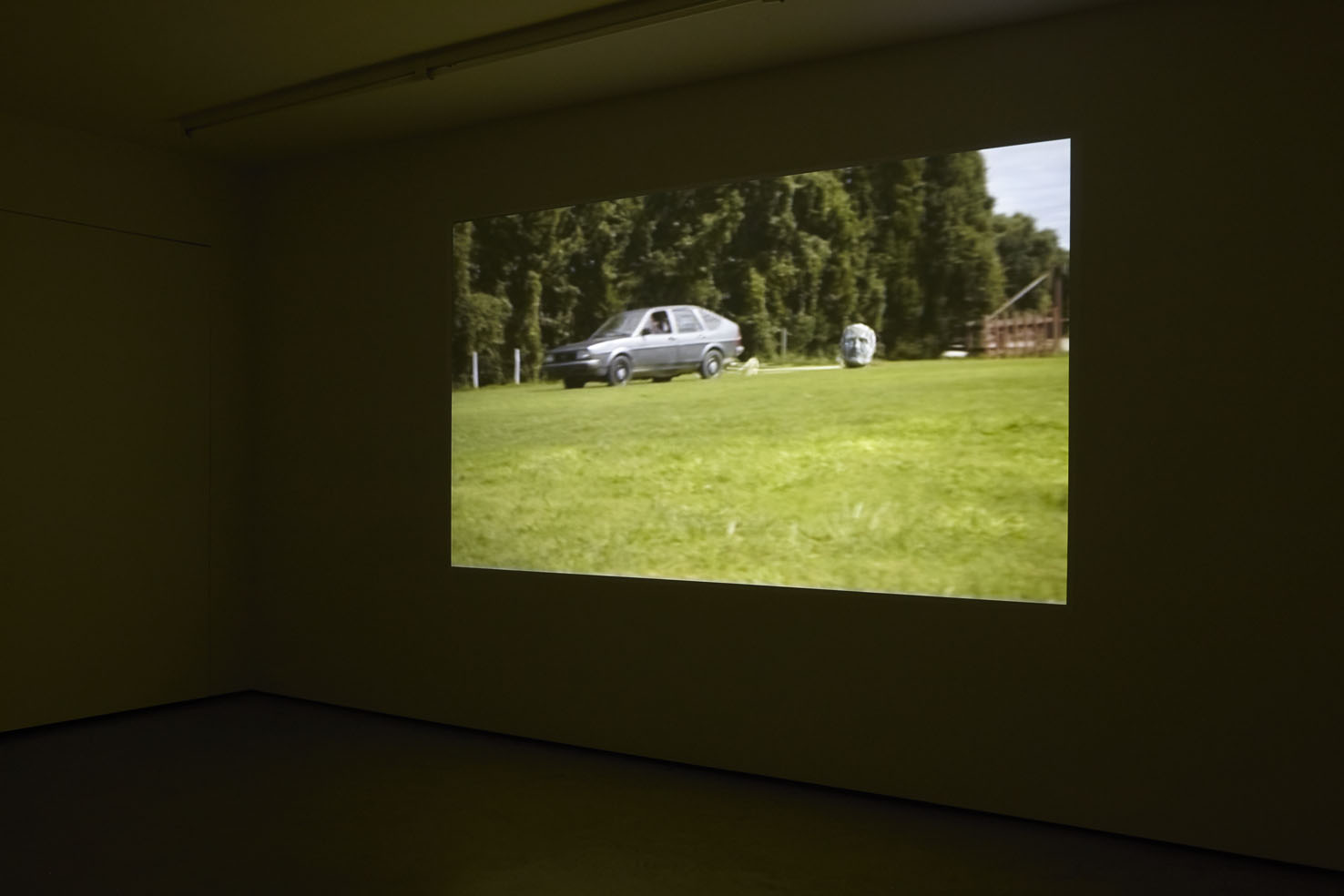 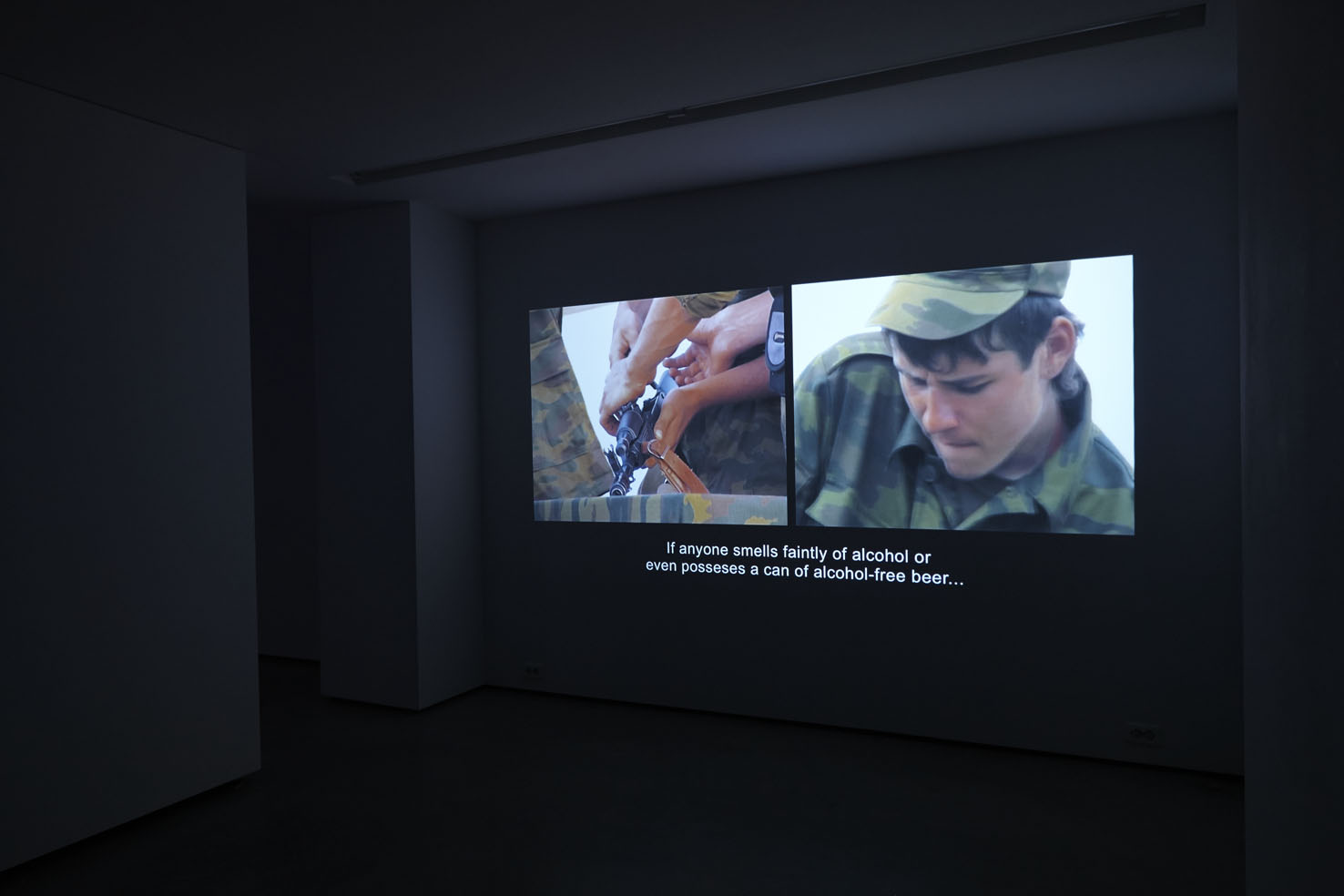 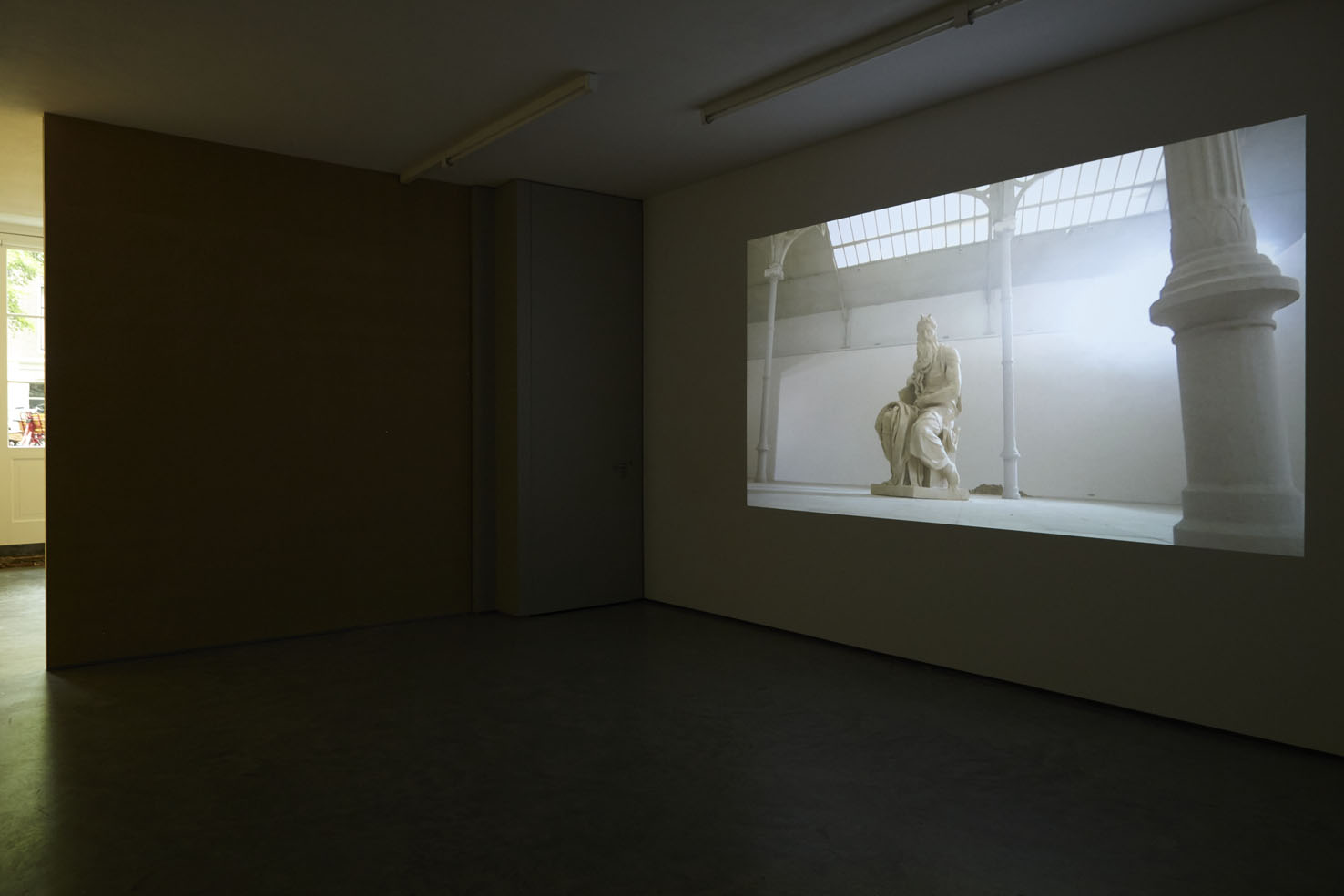 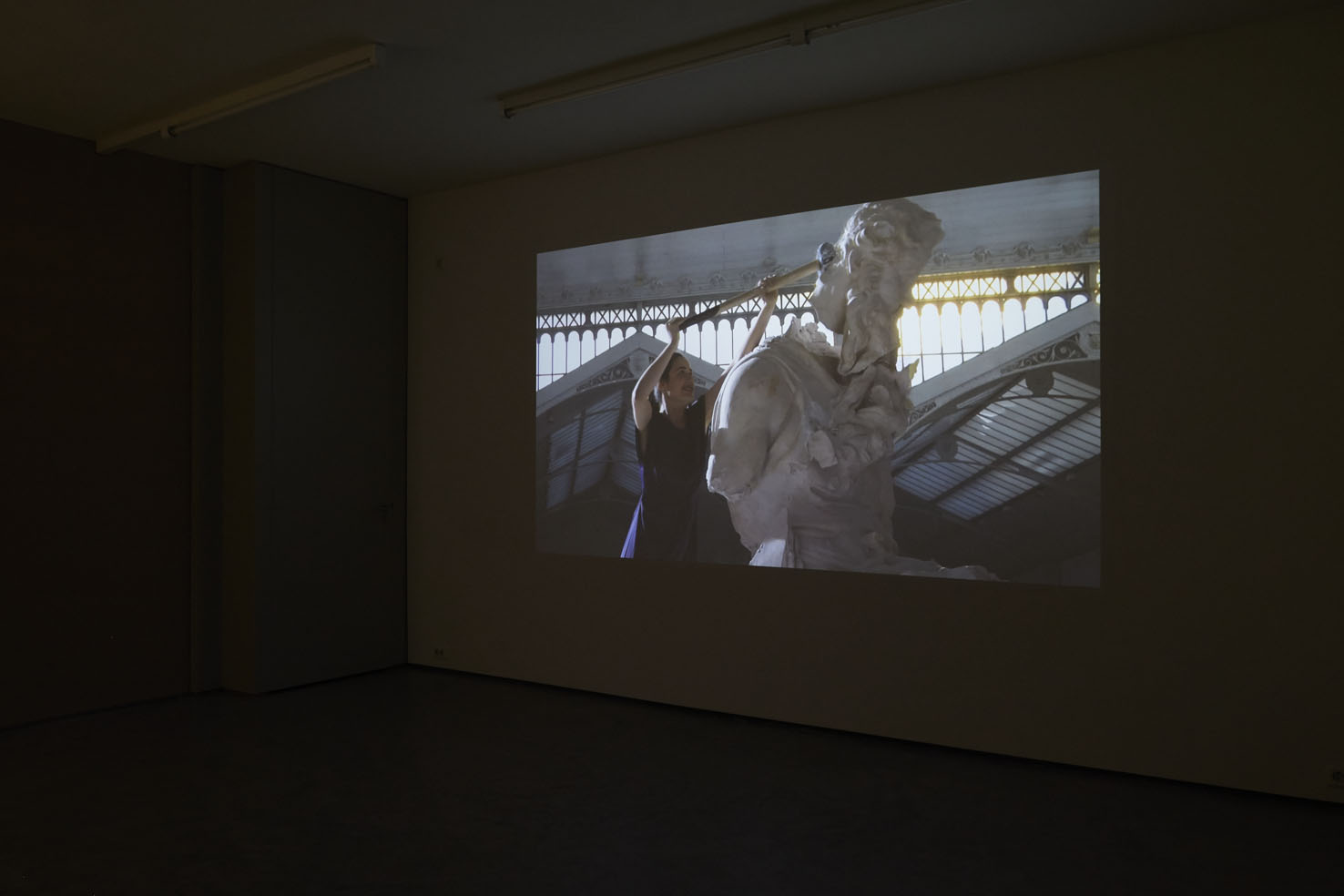 An encounter ‘at the bomb site’, in the no-man’s land between conflicting worlds: the title of the group exhibition ‘Through the Barricades’ alludes not to a Romeo-and-Juliet-style love story situated in troubled surroundings, but to (political) conflicts in general and the agony of alienation brought about by ideologies and manipulation. The video works of Daya Cahen, Cristina Lucas and Fernando Sánchez Castillo each display a distinct outlook on the consequences of the concept ‘authority’.

In the forests between Moscow and St. Petersburg, 10.000 young Russians are preparing for a heroic future. Their goal: to make Russia the world leader of the twenty-first century. They are the chosen ones, the country’s future managers and politicians. In 2007 Daya Cahen (1969, Amsterdam) was granted permission—highly unusual for an outsider—to pitch her tent in the Nashi summer camp. There she witnessed the day-to-day activities of Vladimir Putin’s radical and patriotic youth movement, notorious for the part that its members play in breaking up anti-Putin demonstrations and using violence against opponents of the regime. The boys and girls spend two weeks at the remote, isolated camp where red banners wave and loudspeakers constantly preach sermons about their future. ‘Nashi’ (our people), 2008, offers a fascinating glimpse at the way in which both leaders of the system and the system itself are molded.

The folk song ‘If I Had a Hammer’, by The Weavers, was written in 1949 in support of the progressive American labor movement. It was banned during the McCarthy era but regained its popularity during the 1960s and 70s, when it was used as a kind of anthem by the Civil Rights Movement. The iconoclastic nature of the lyrics also lent itself to radical feminism, an ideology that became prevalent during those years. In a contemporary manner, the Spanish artist Cristina Lucas (1973, Jaén) brings the rebellious poetry of the ‘hammer’ tradition into the limelight with her work ‘Habla’, 2008. She hammers at a replica of Michelangelo’s famous statue of Moses—the prophet of three monotheistic religions—commanding it to speak (Habla!) at every blow. Legend has it that Michelangelo was so proud of his lifelike Moses that he struck its knee with a hammer and asked it, ‘Why don’t you talk?’ For Lucas the issue is not the destruction of the statue, but the representation of an ideology by way of acts that oppose archetypes used to uphold the patriarchal tradition.