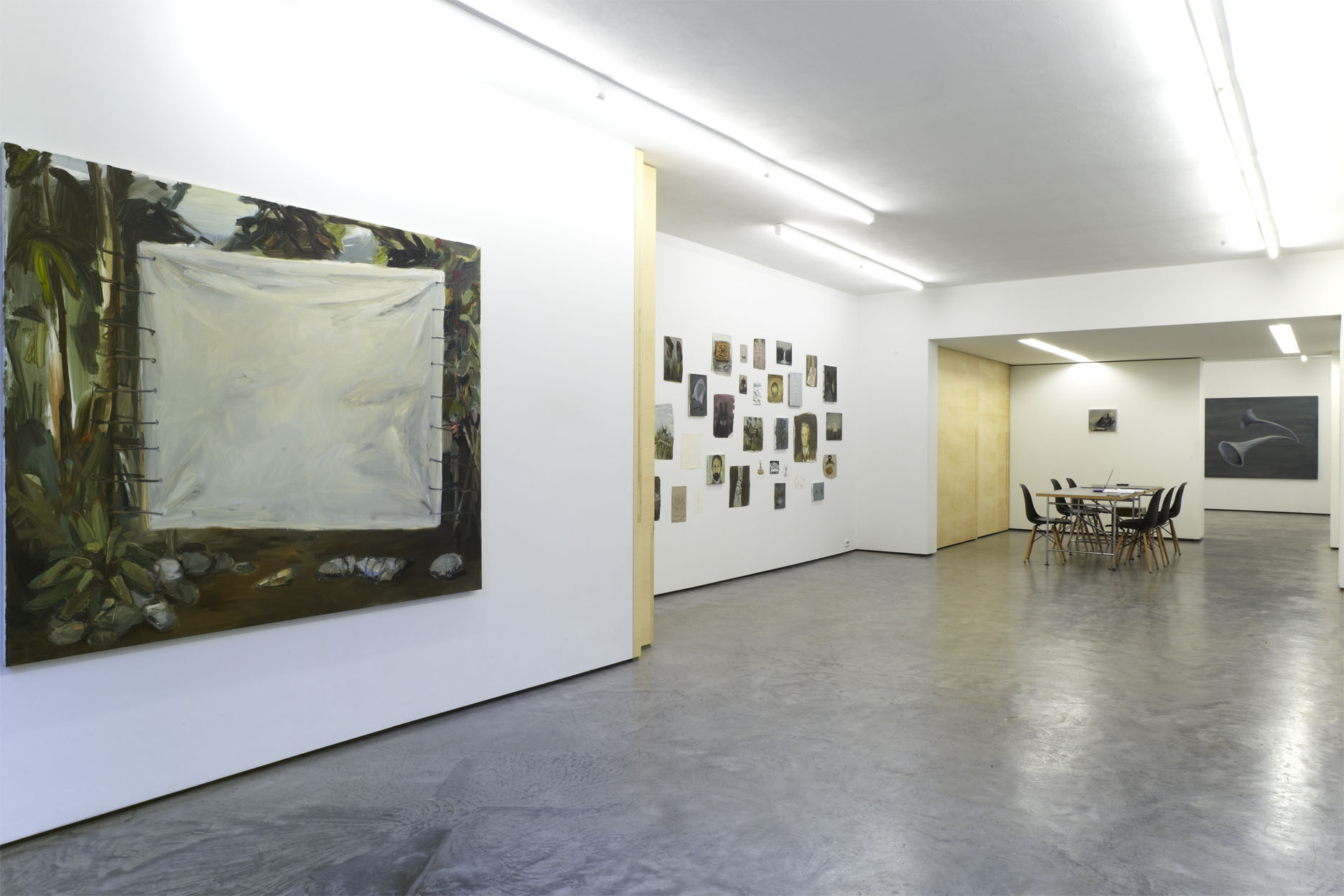 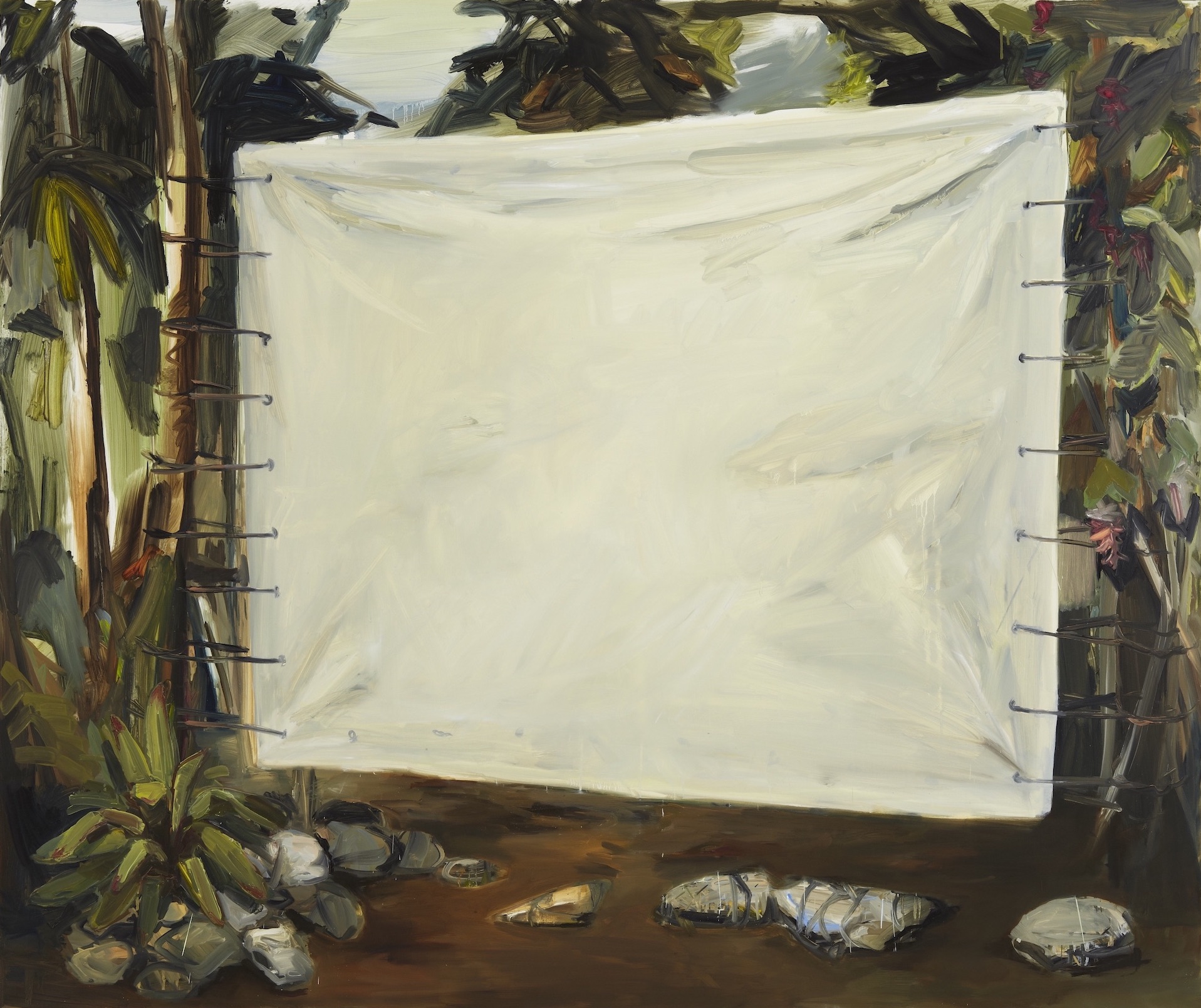 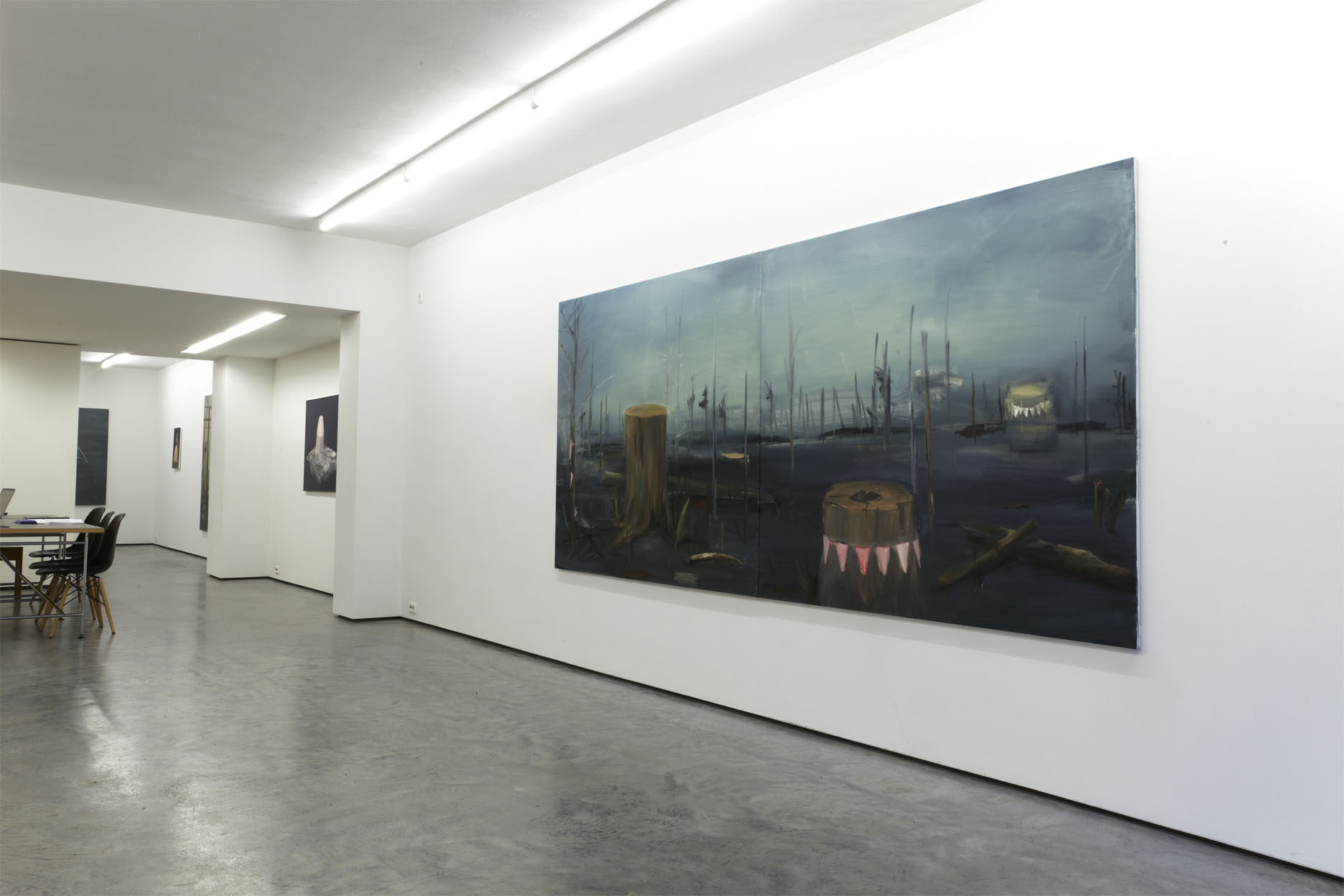 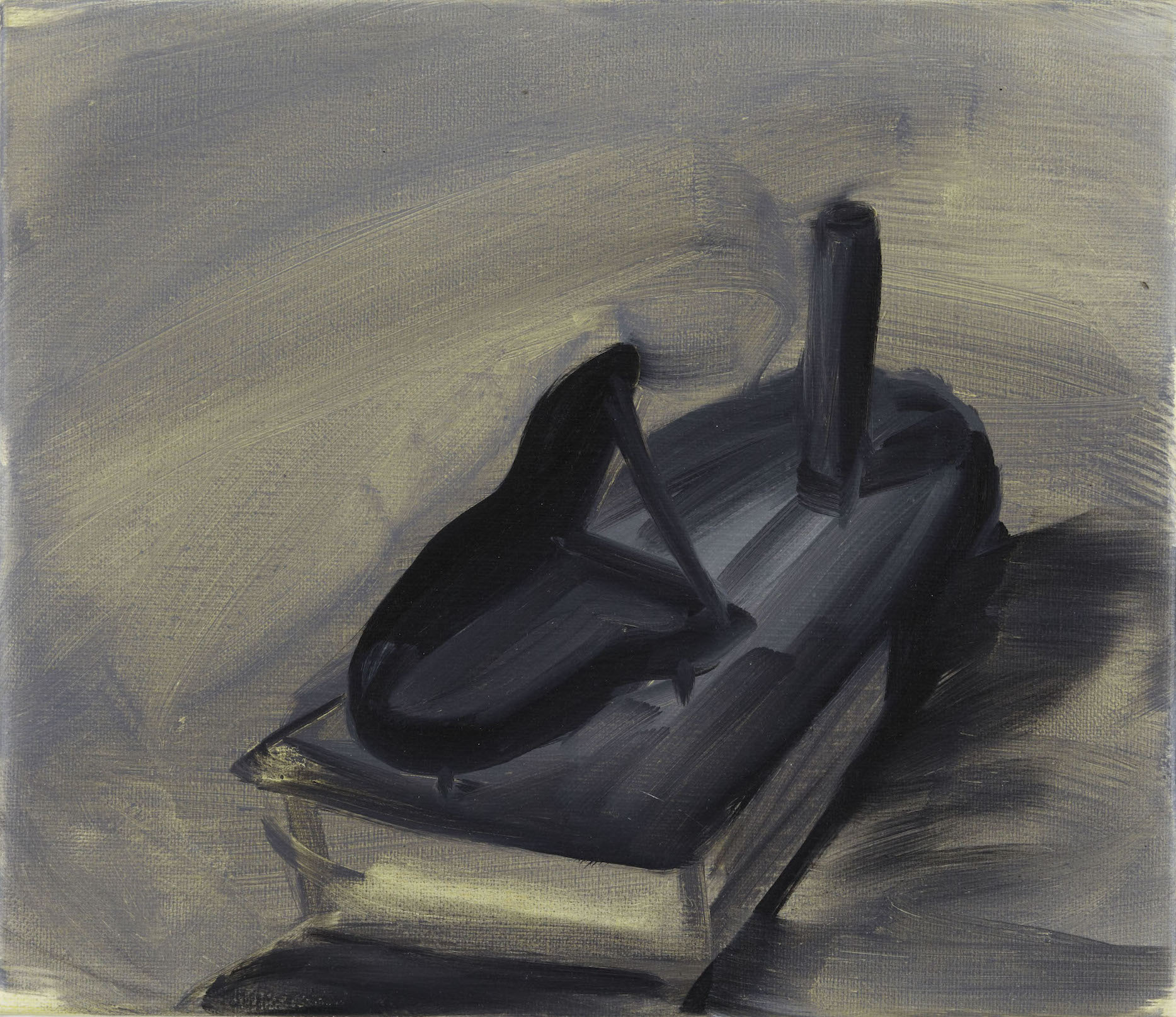 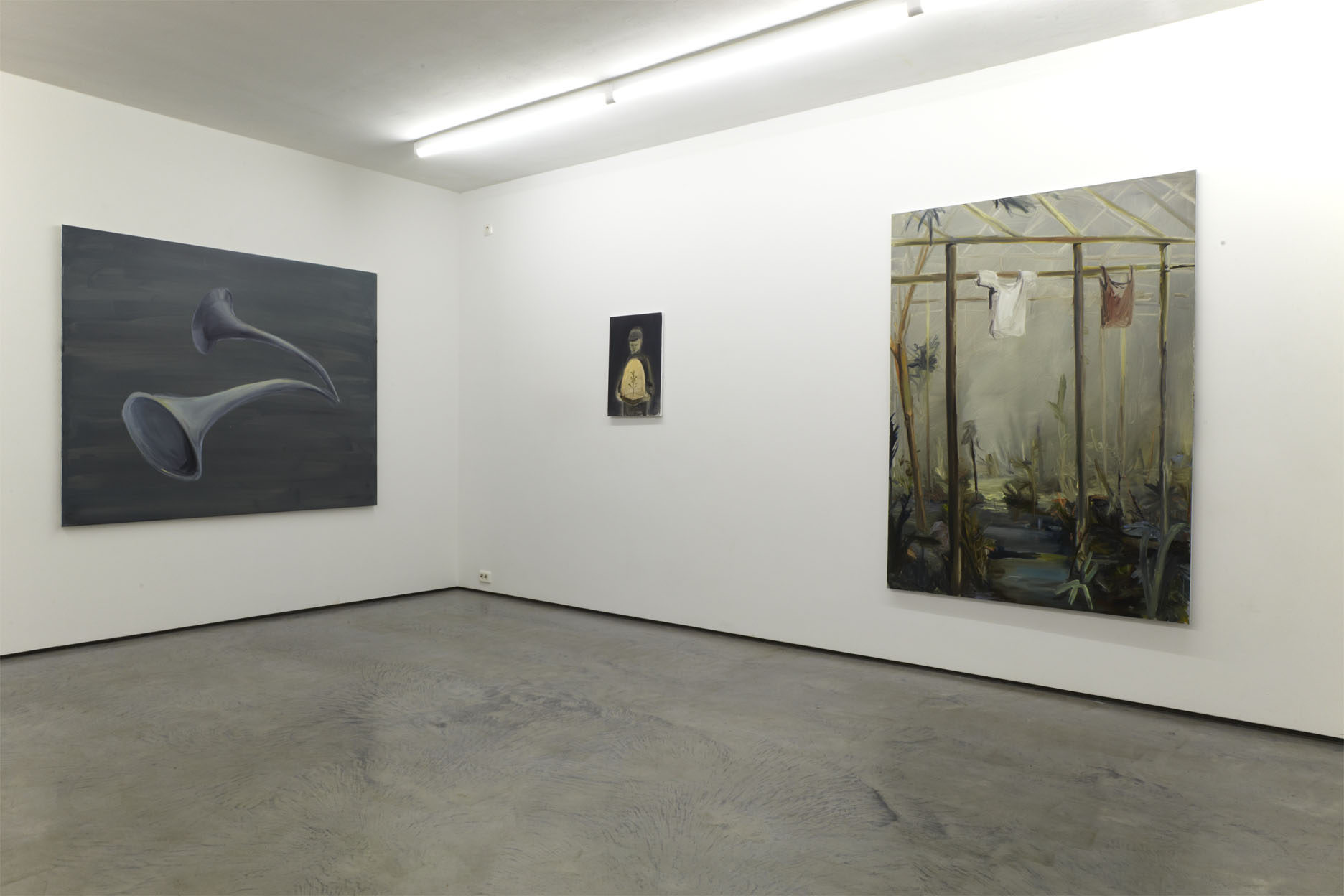 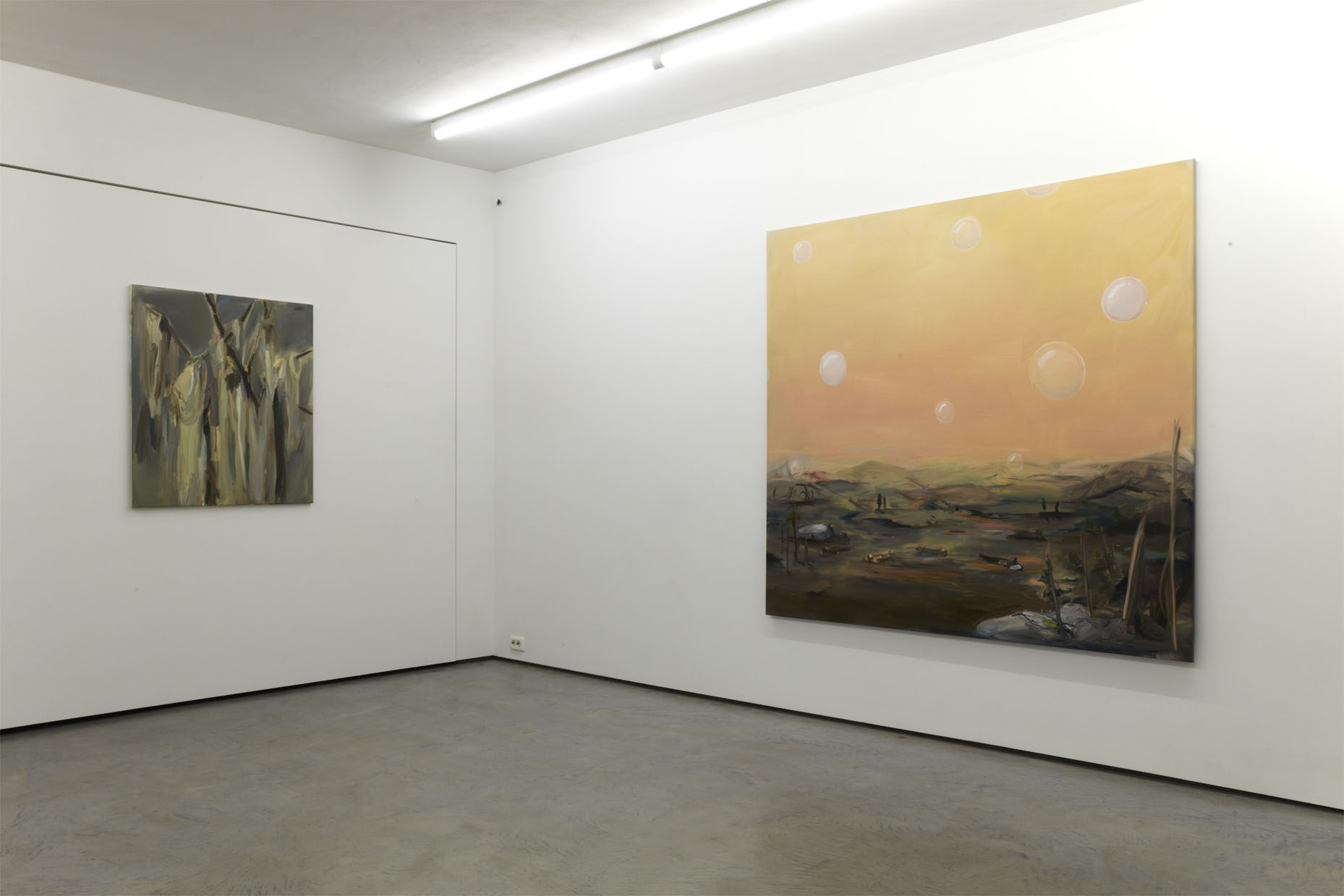 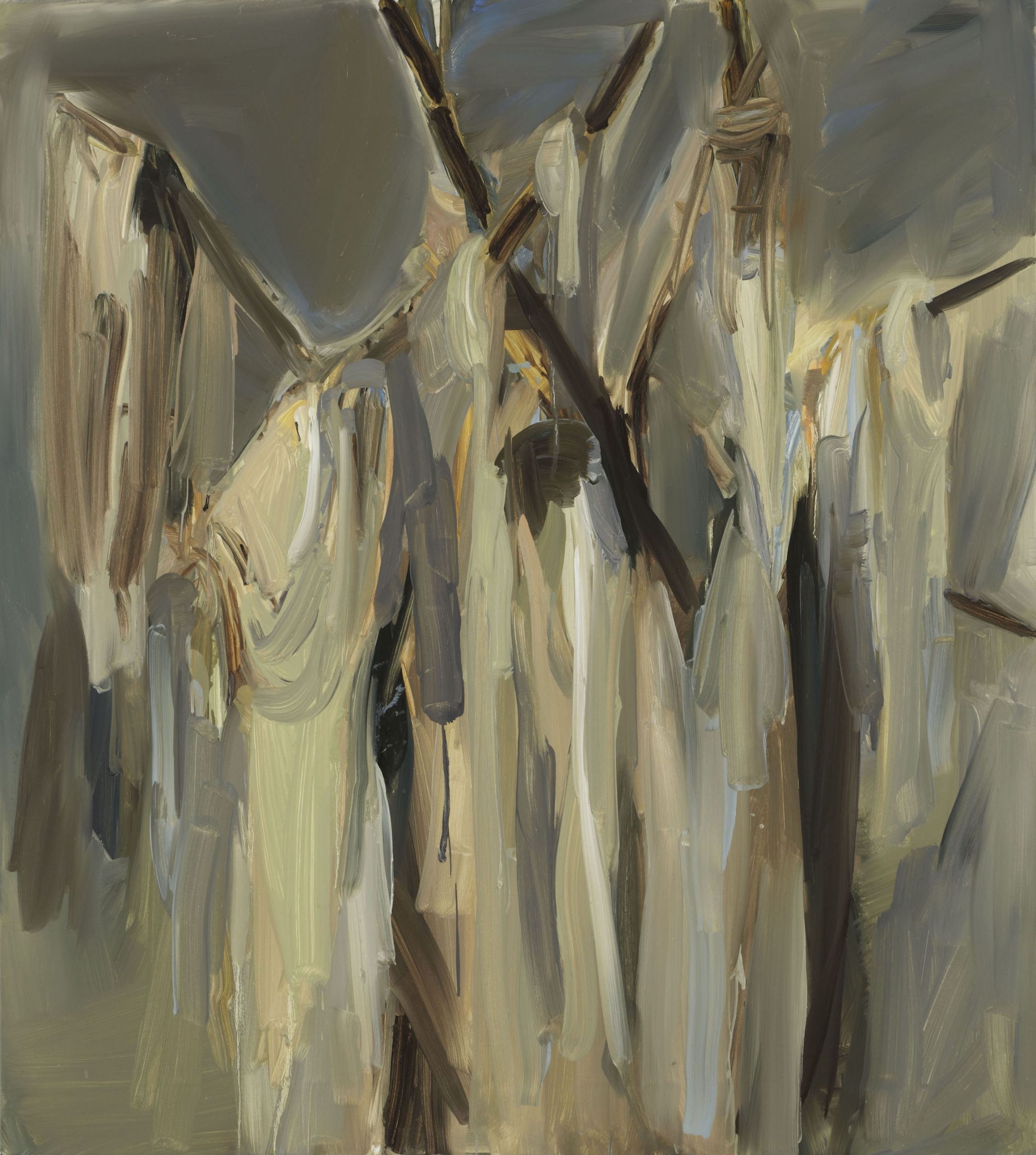 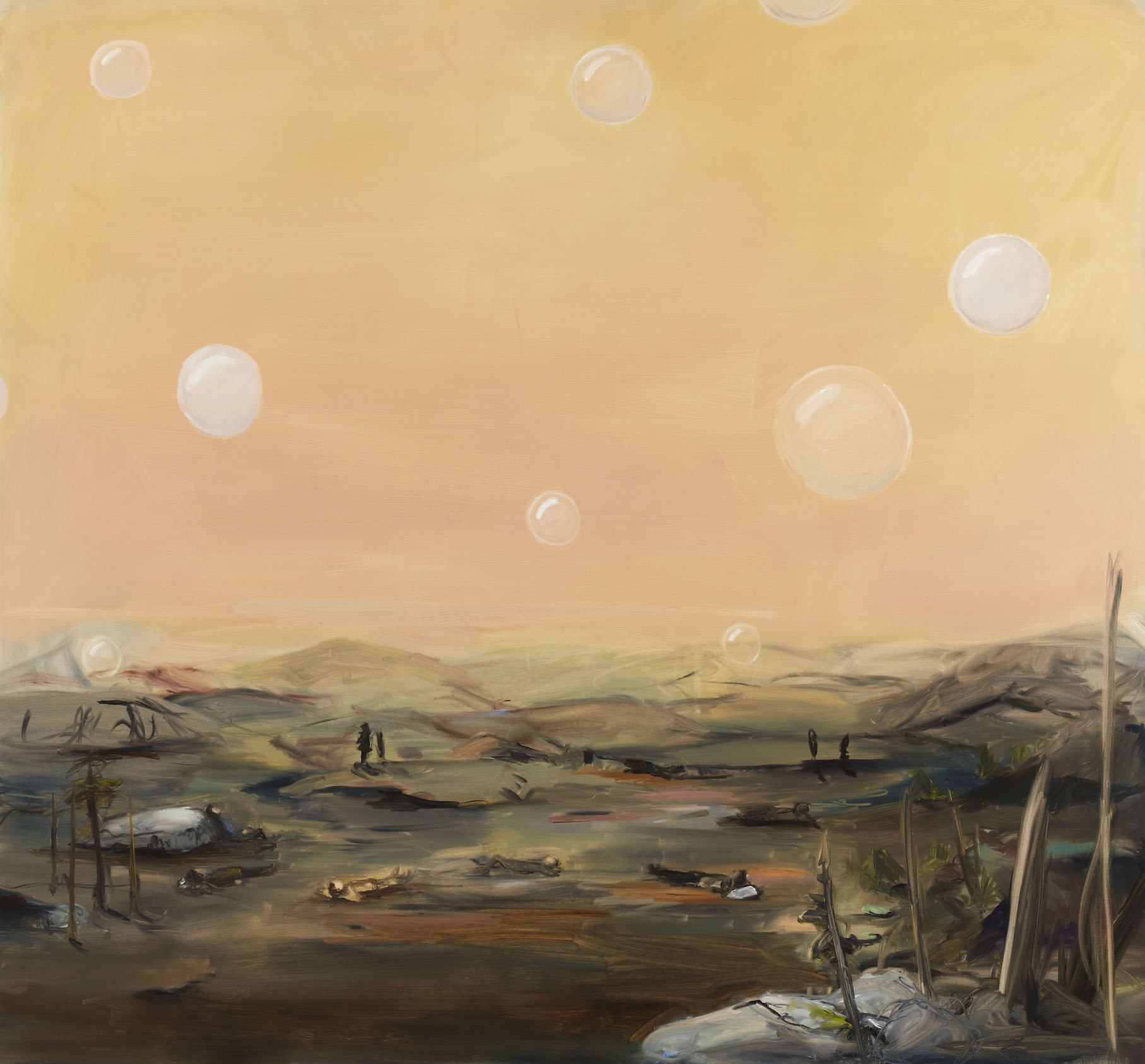 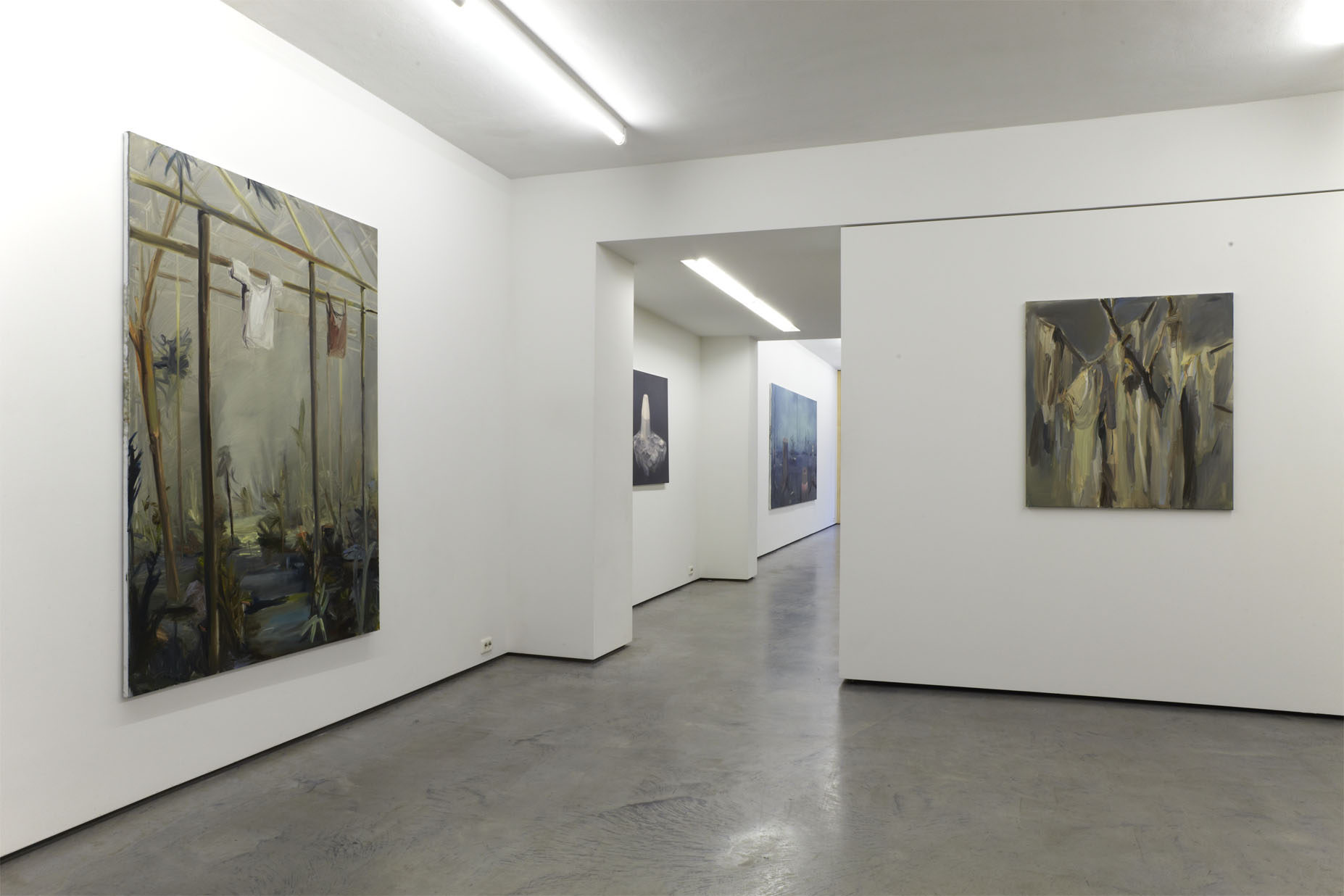 A dapper little boat heading upriver with a grand piano standing, lid wide open, atop its roof. This small painting by Sanne Rous (Apeldoorn, 1984) has prompted the title of her first solo exhibition of paintings and drawings at tegenboschvanvreden: Symphonies of the Arriving Boat. As Rous worked in her studio near Antwerp’s harbor, the noise of honking ships would be music to her ears. Those sounds, coming off the river and in through the windows, reminded her of brass instruments in a symphony orchestra. Trumpets announcing a great event, heroic rings that evoke a sense of longing.

For her recent work Sanne Rous took inspiration from stories related to the rise and decline of Brazil’s rubber industry. Around 1930 automobile manufacturer Henry Ford, seeing the potential of the Amazon rain forests as an ideal location for a jungle city dedicated entirely to the production of natural rubber for car tires, decided to try his luck as a plantation owner and began realizing his dream, the rubber plantation Fordlandia. Smugglers, however, took the rubber plant to Asia, where plantations eventually had greater success than those in Brazil. Eventually, once synthetic rubber was introduced, the economic bubble generated by these rubber plantations simply burst. Ford’s project was then doomed. His plantation was abandoned, never having made a profit. Hopeful wishes and expectations ran aground on harsh reality: here Sanne Rous found the beginnings of work in which grandness and fragility enter into a close and fatal relationship.
The work of Sanne Rous is part of a rich painterly tradition involving a highly conceptual yet also narrative tendency. Thanks to her extraordinary and distinctly individual technique, she deserves to be called a virtuoso painter. With her images she ventures to take risks and seek her own solutions. Never does she allow herself to be tempted into the familiar or an ‘easy way out’. Rous continues to develop her own idiom.