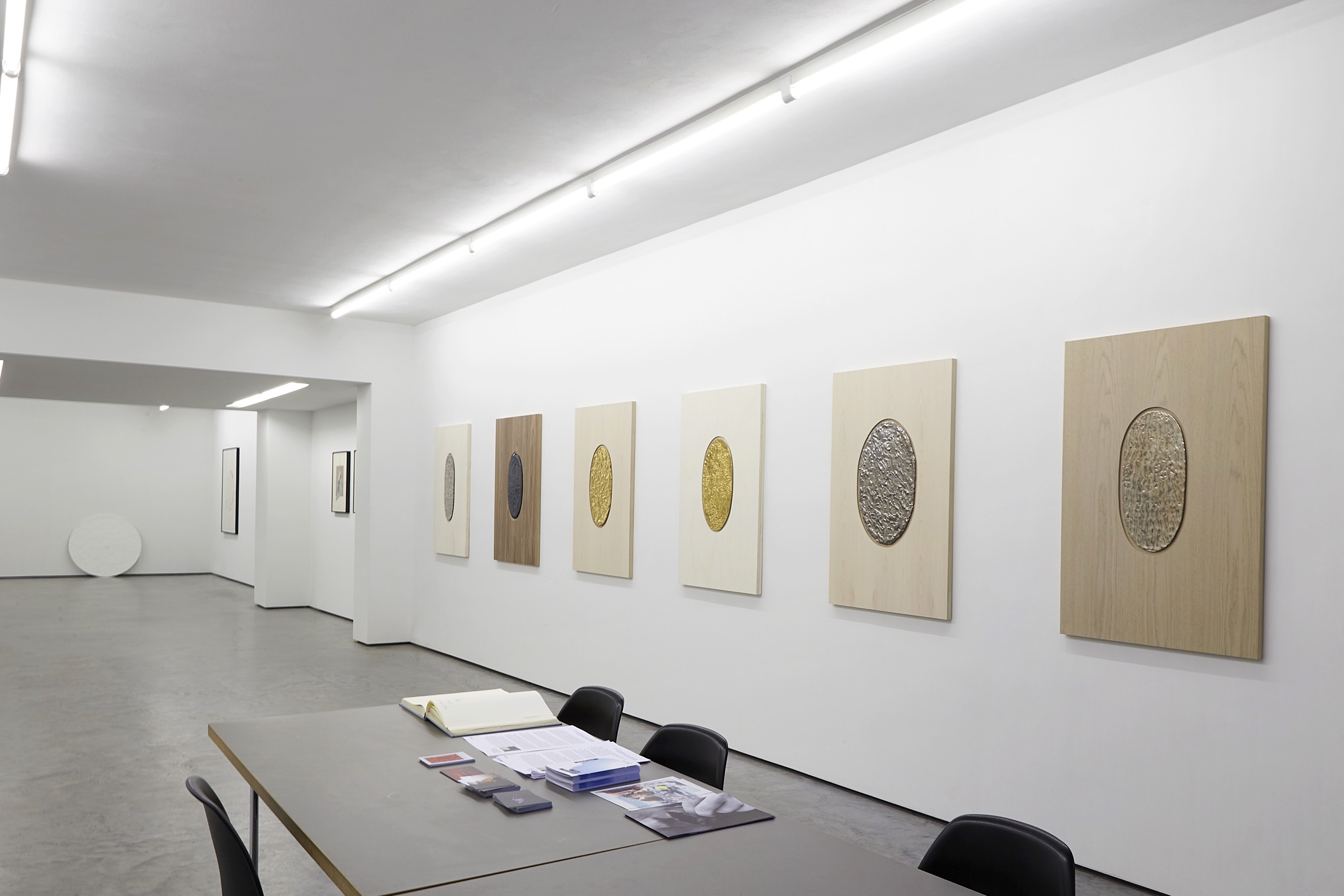 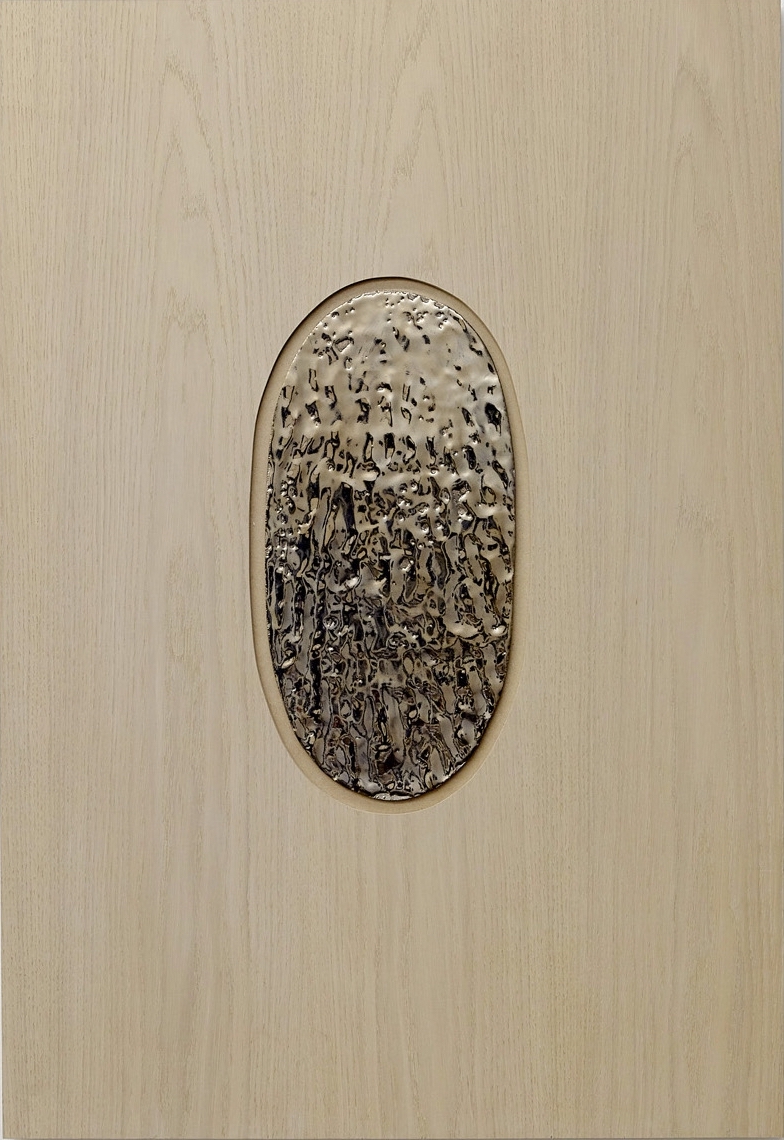 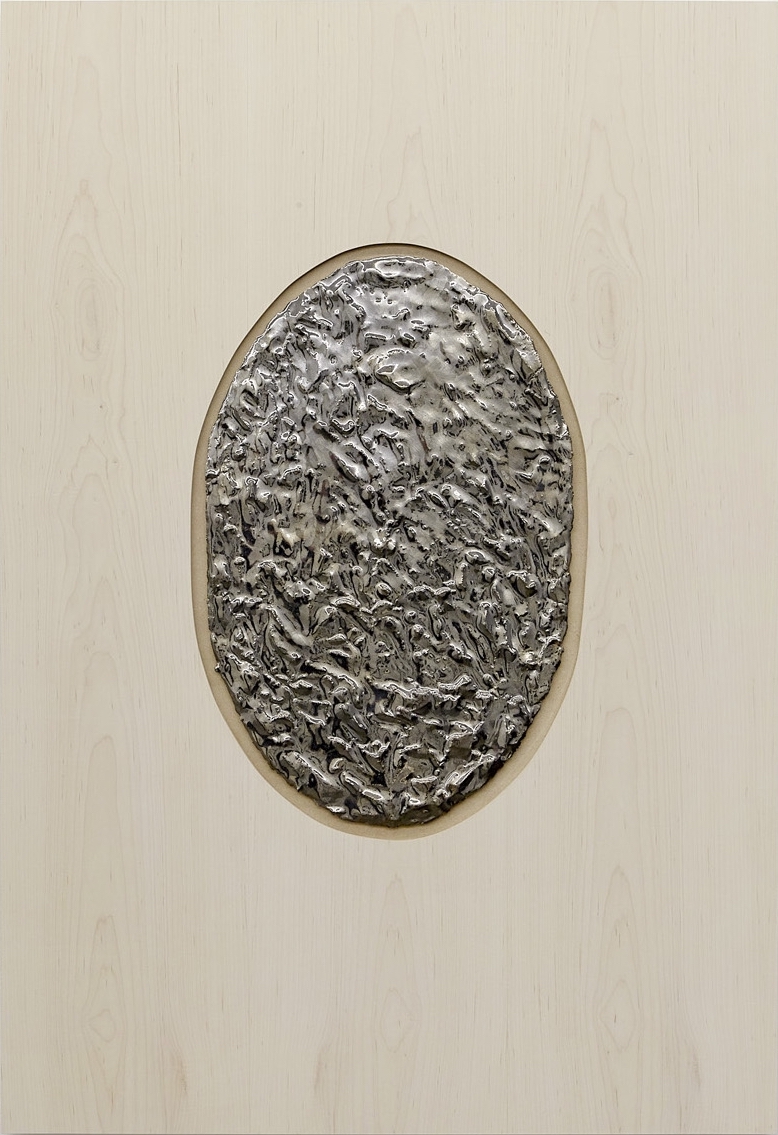 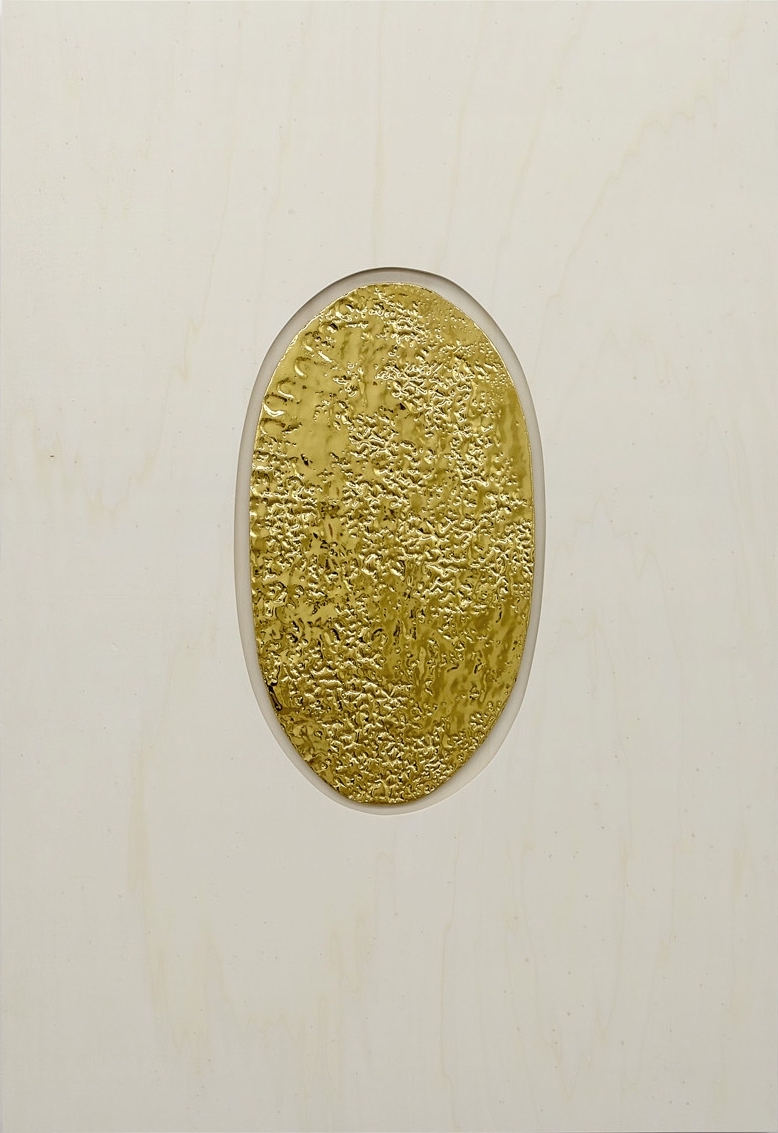 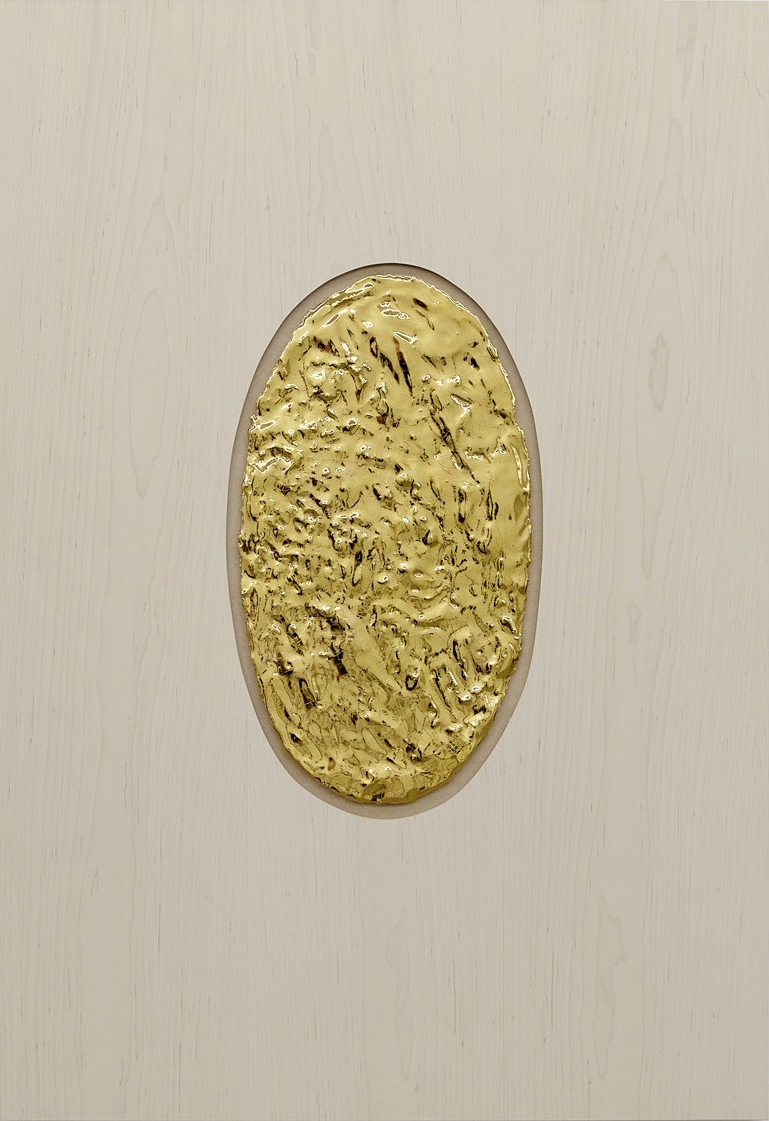 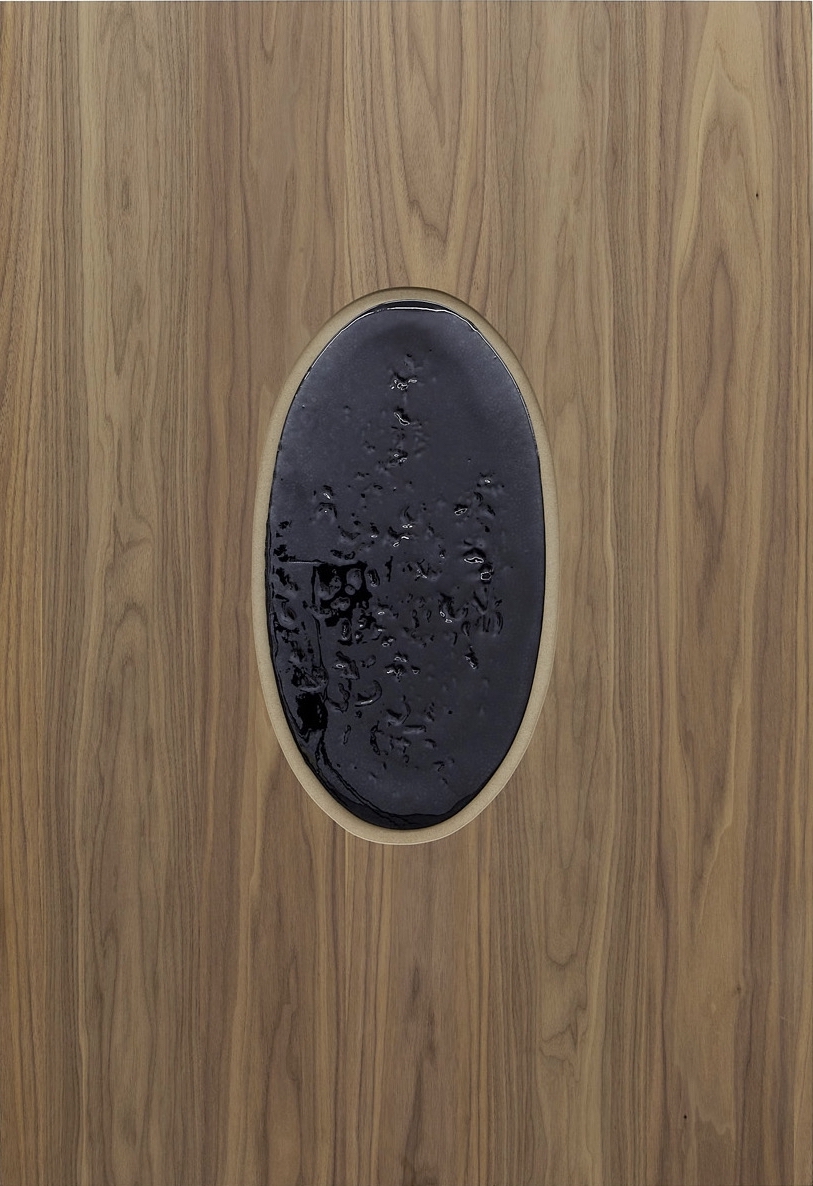 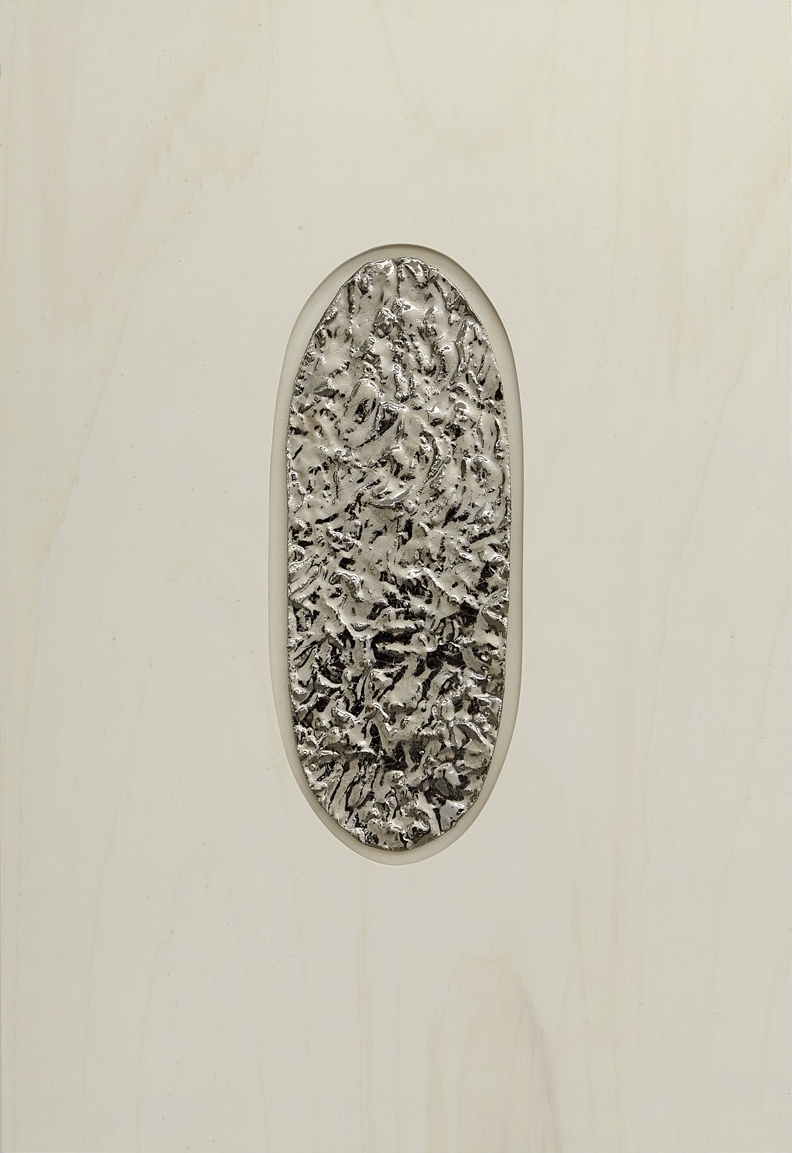 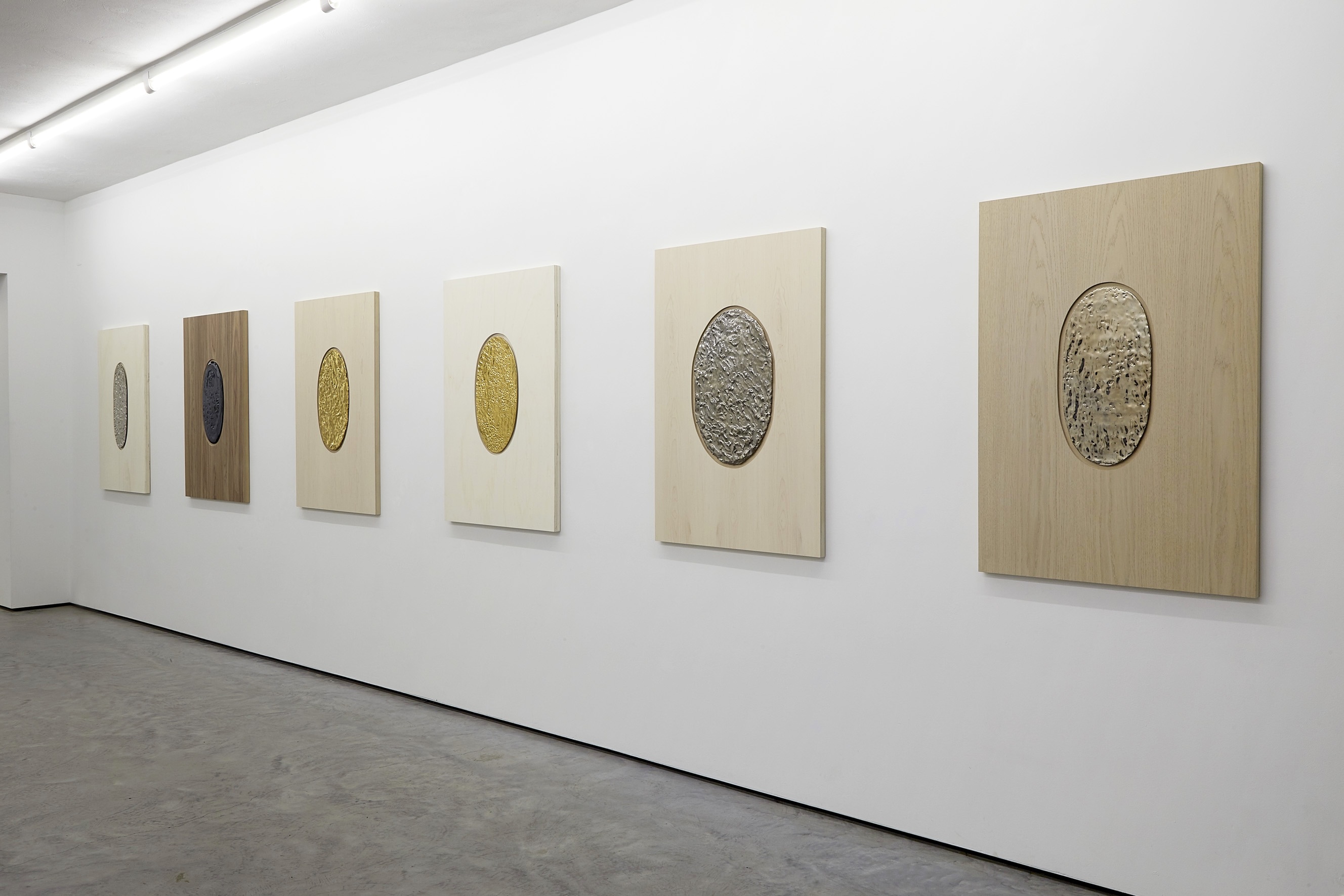 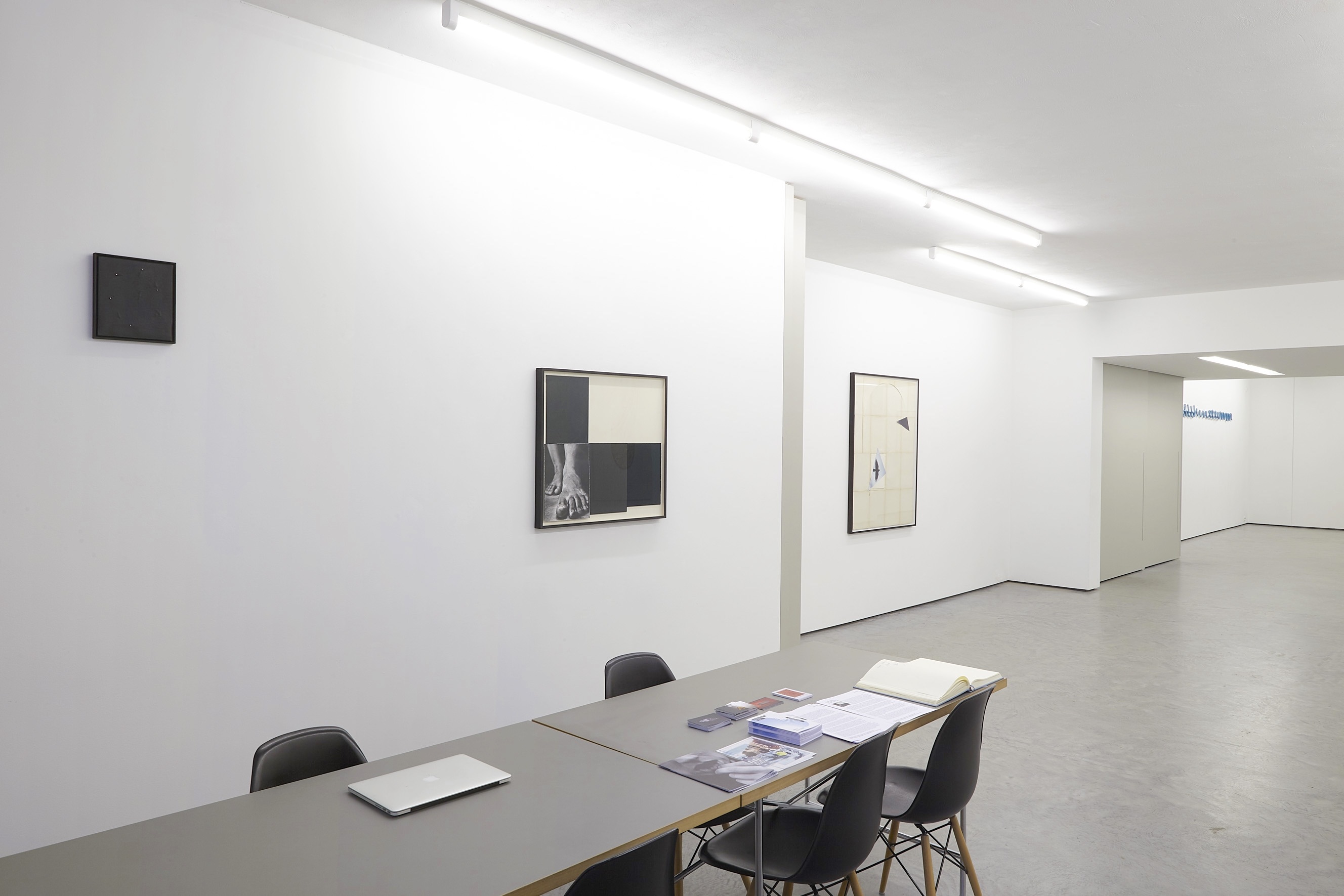 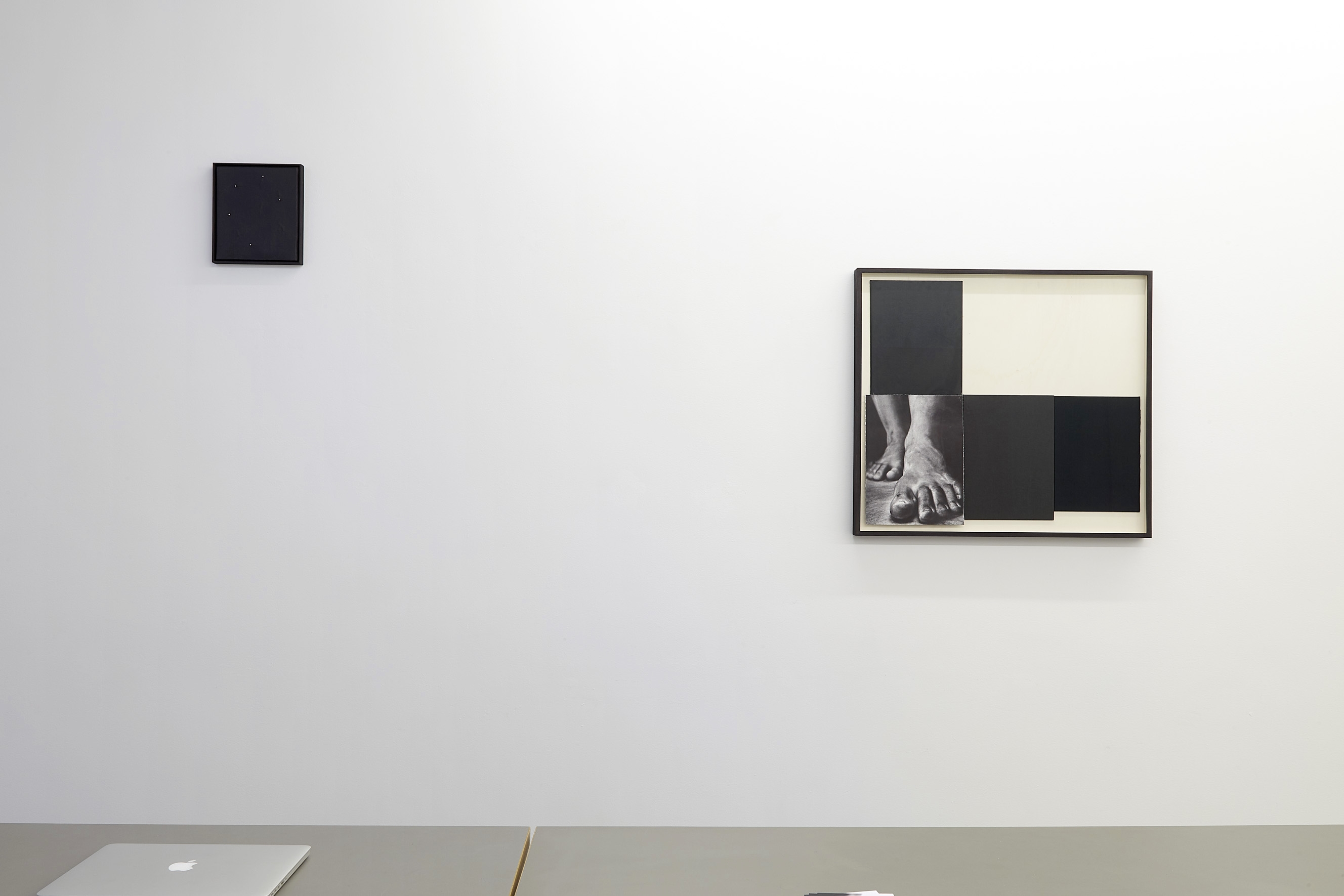 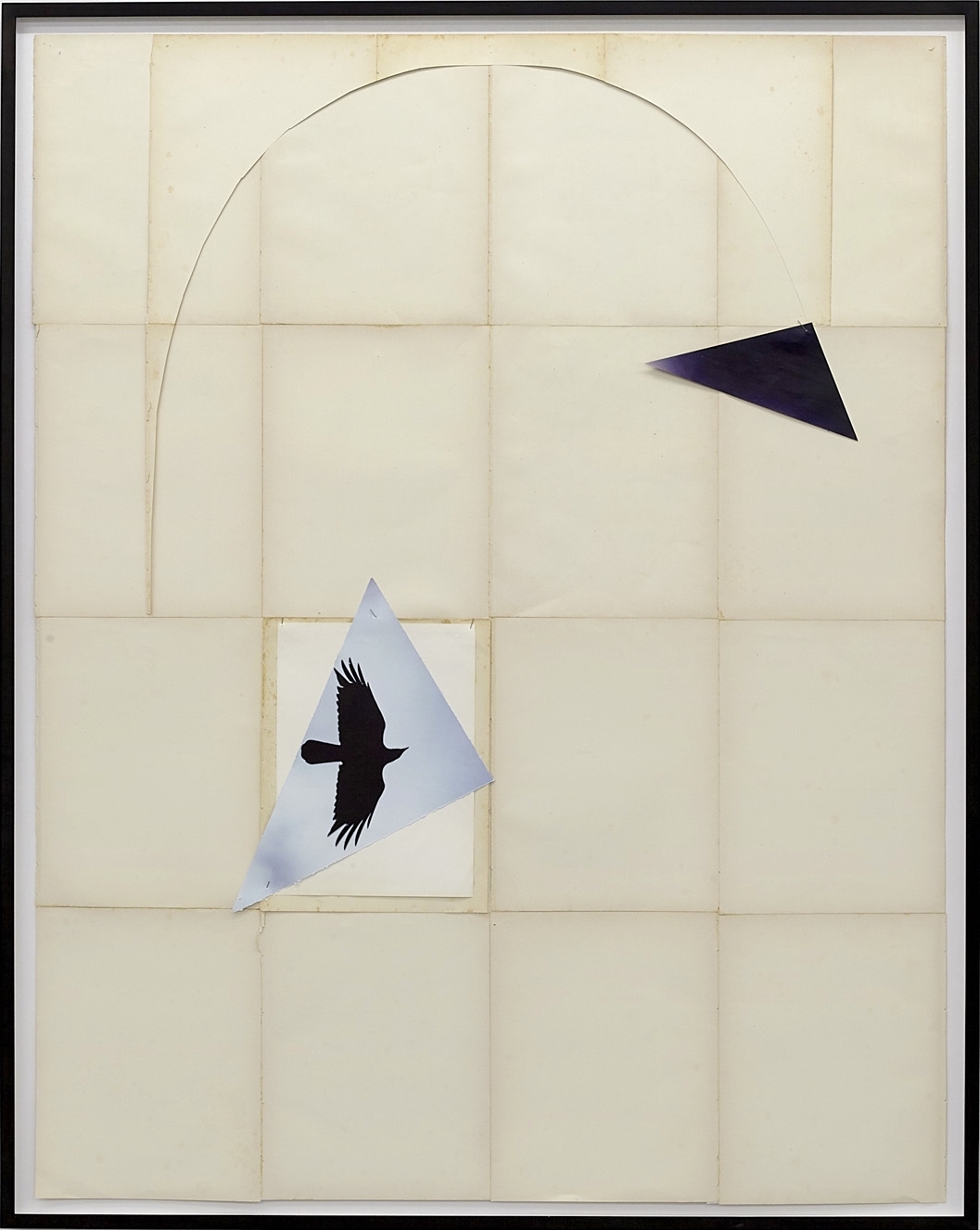 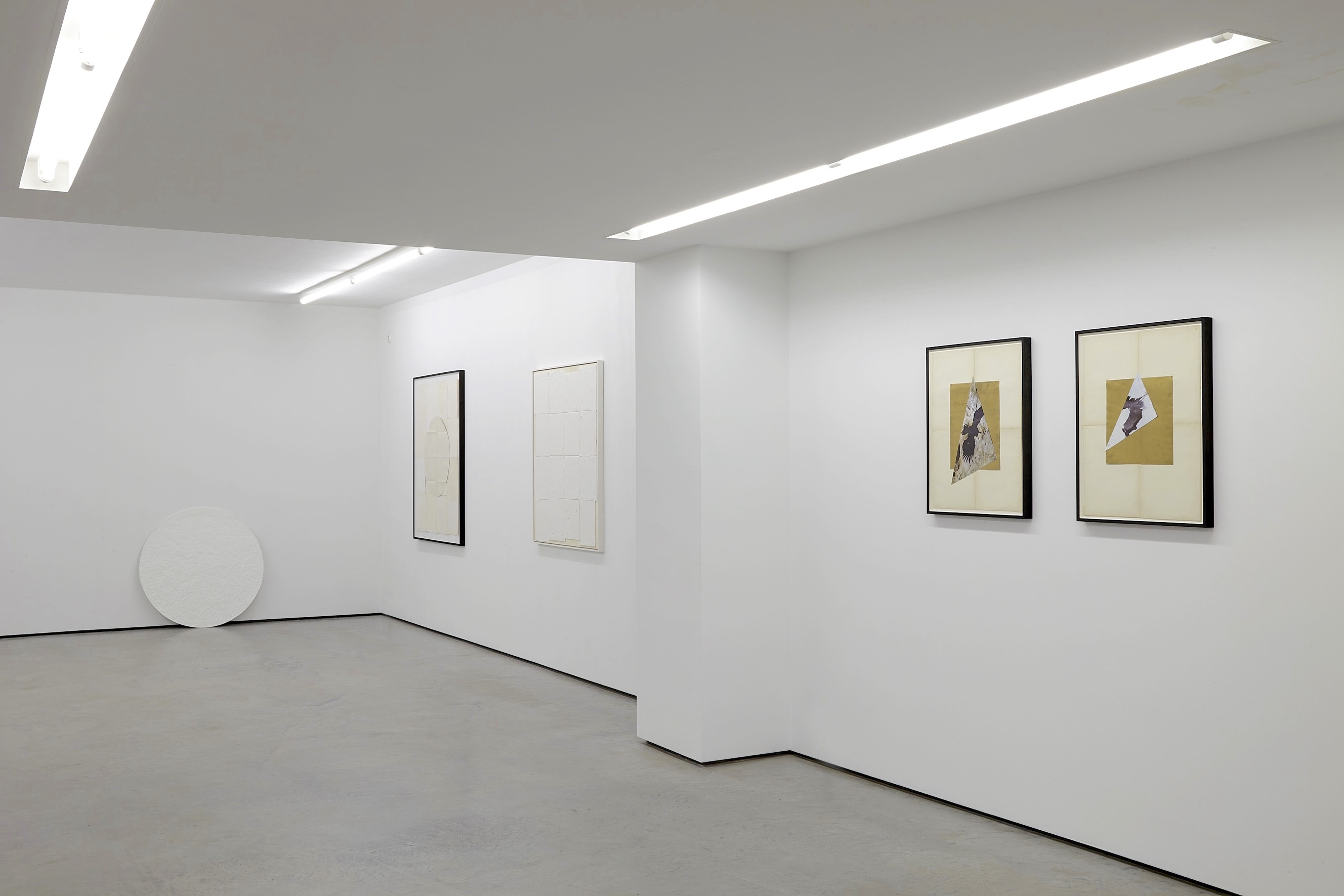 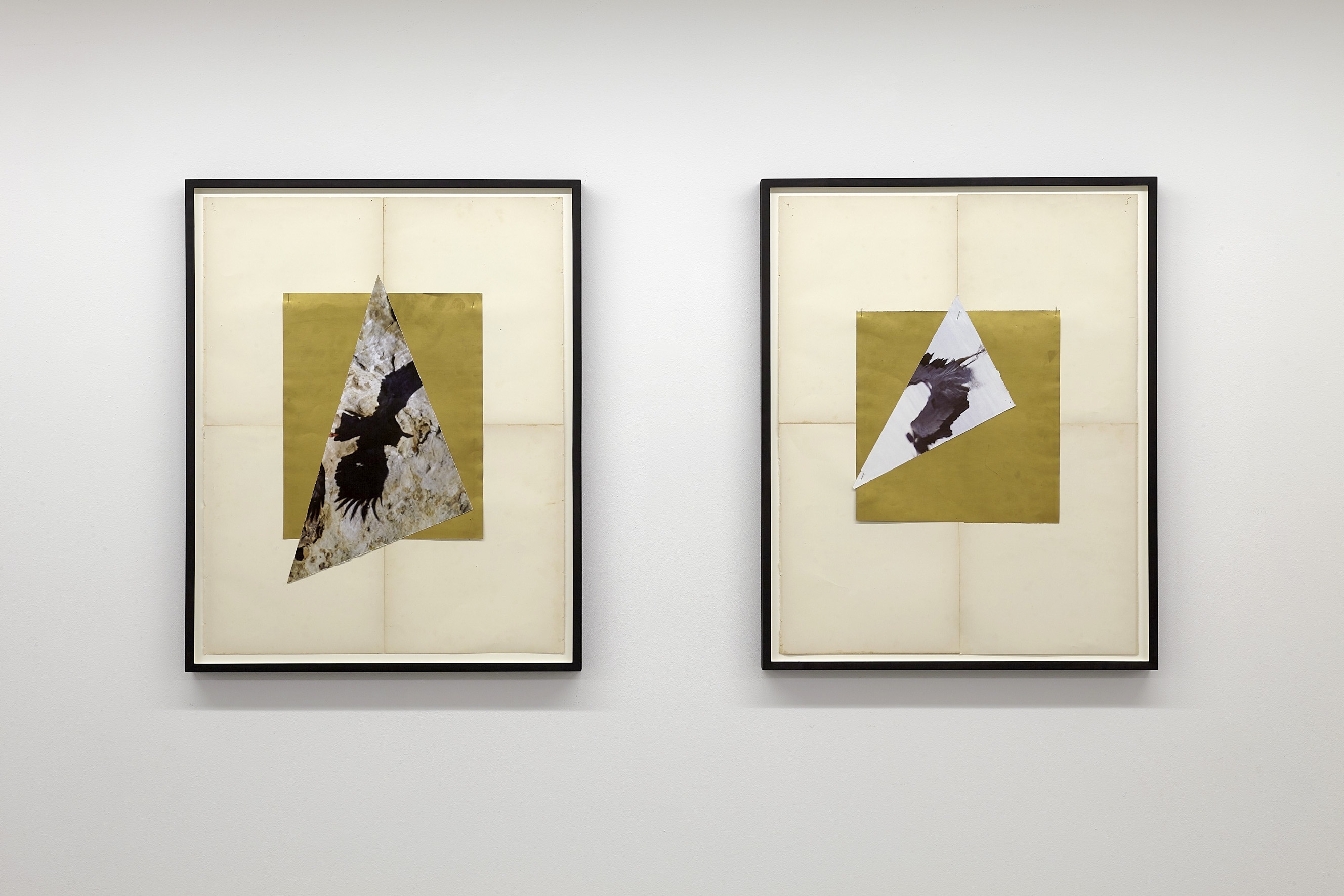 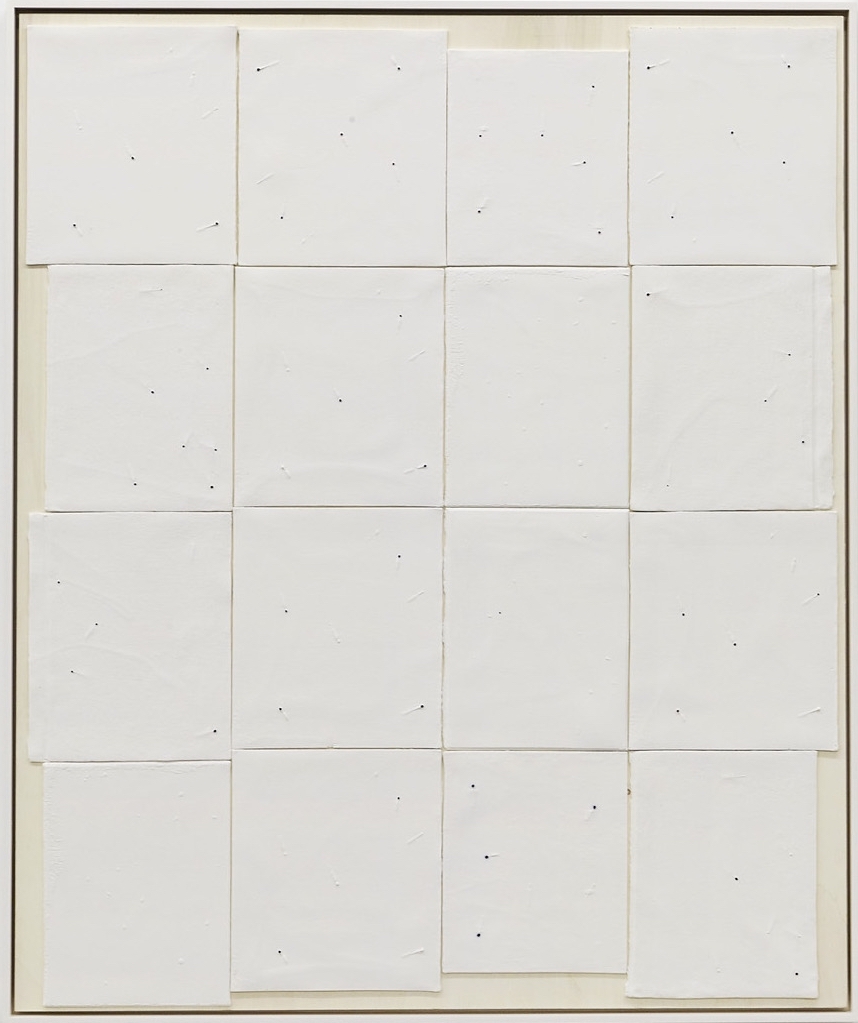 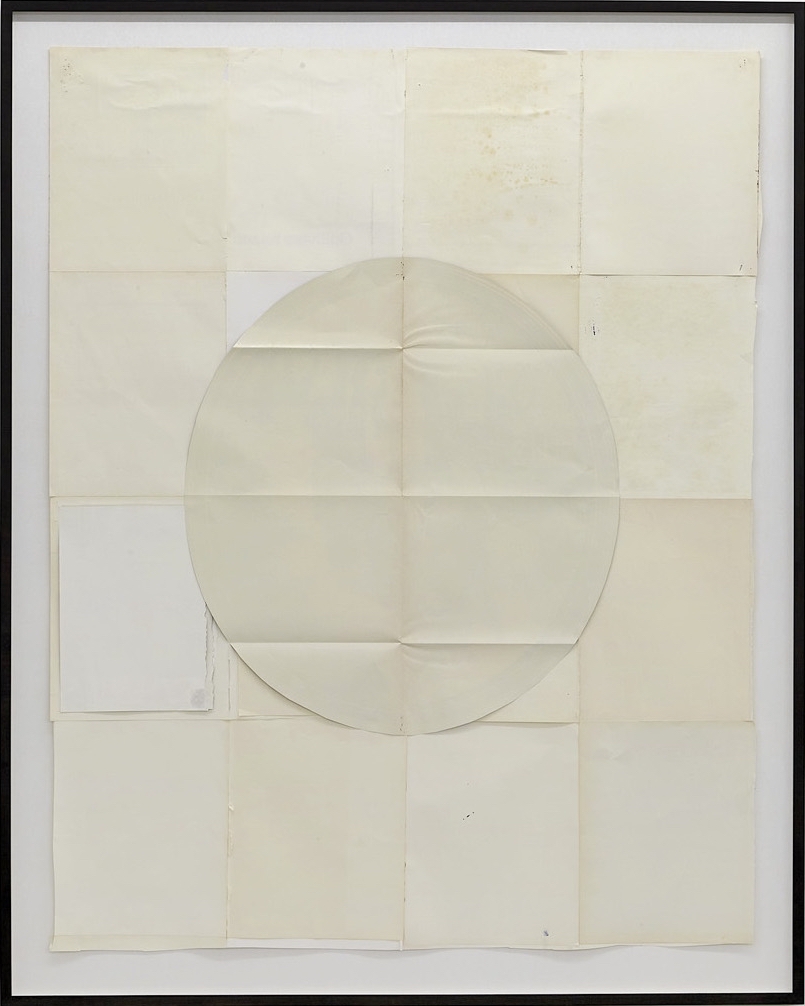 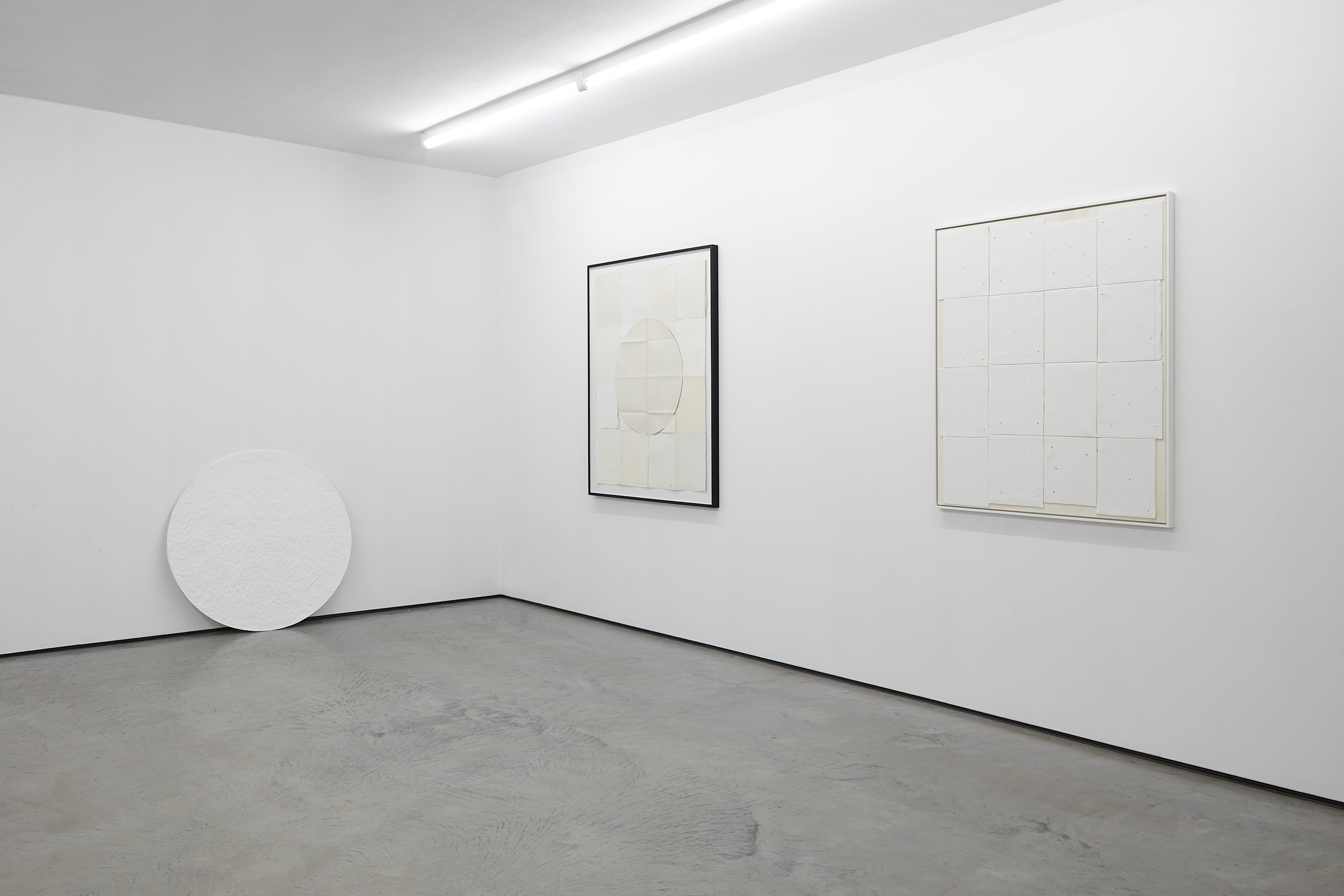 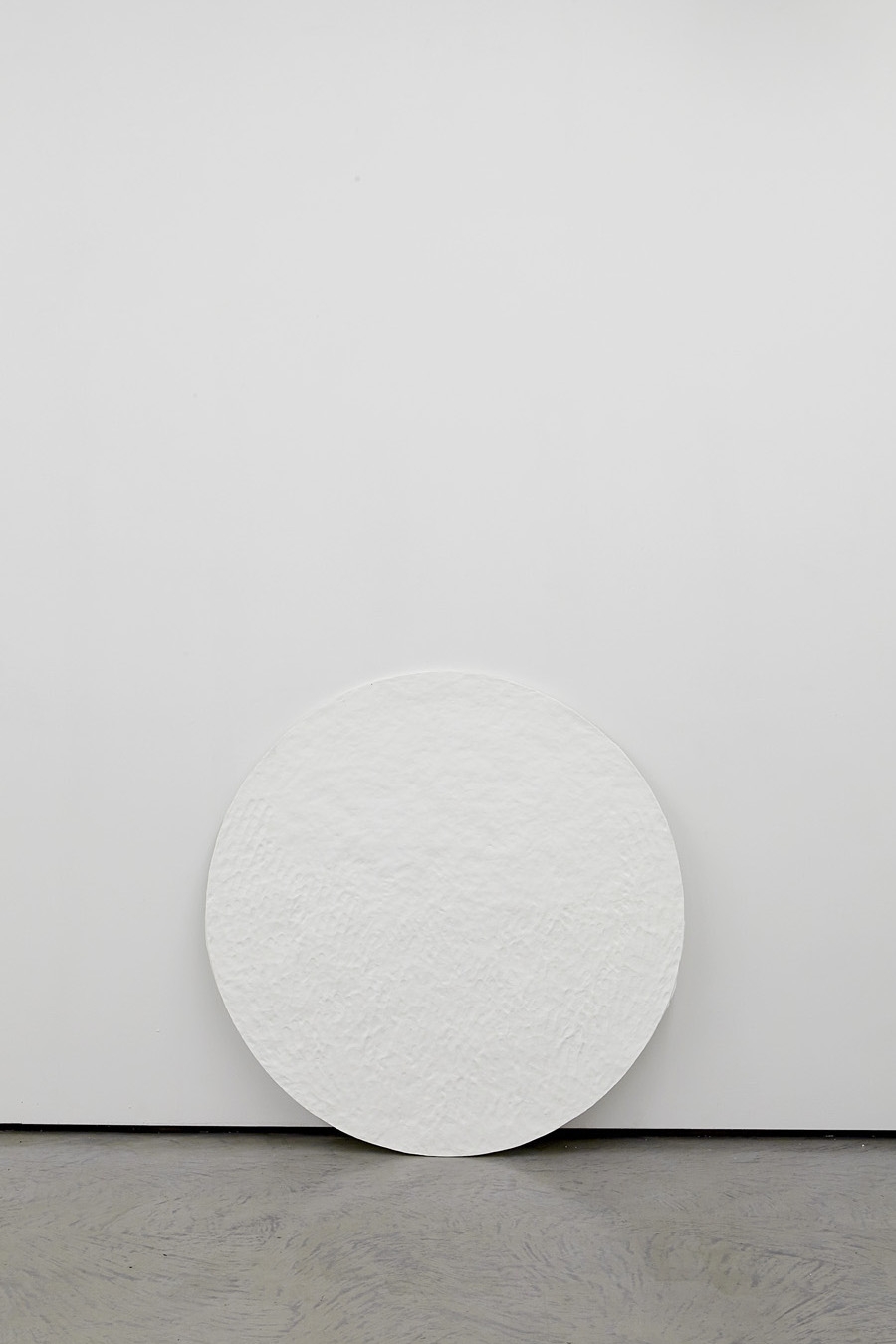 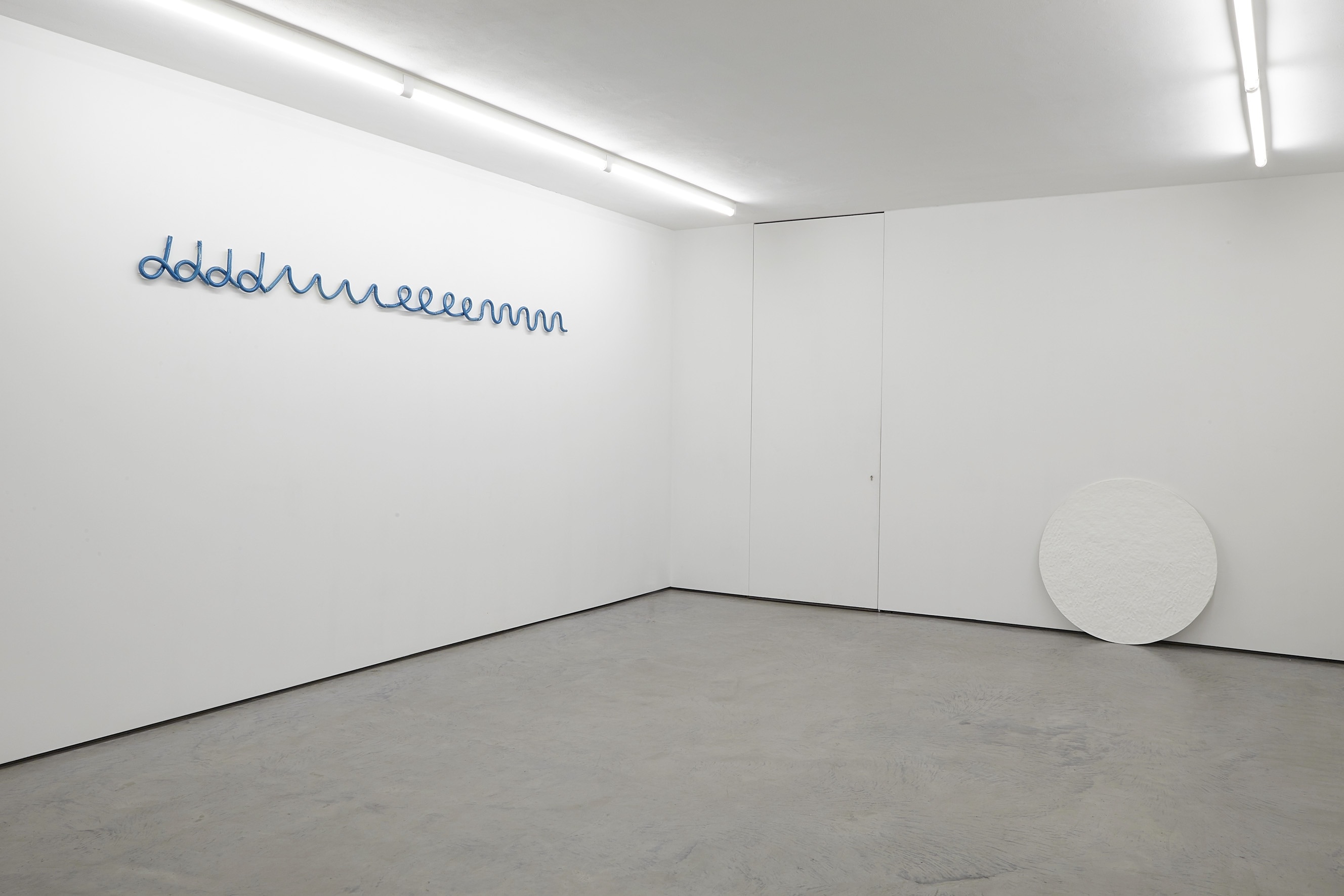 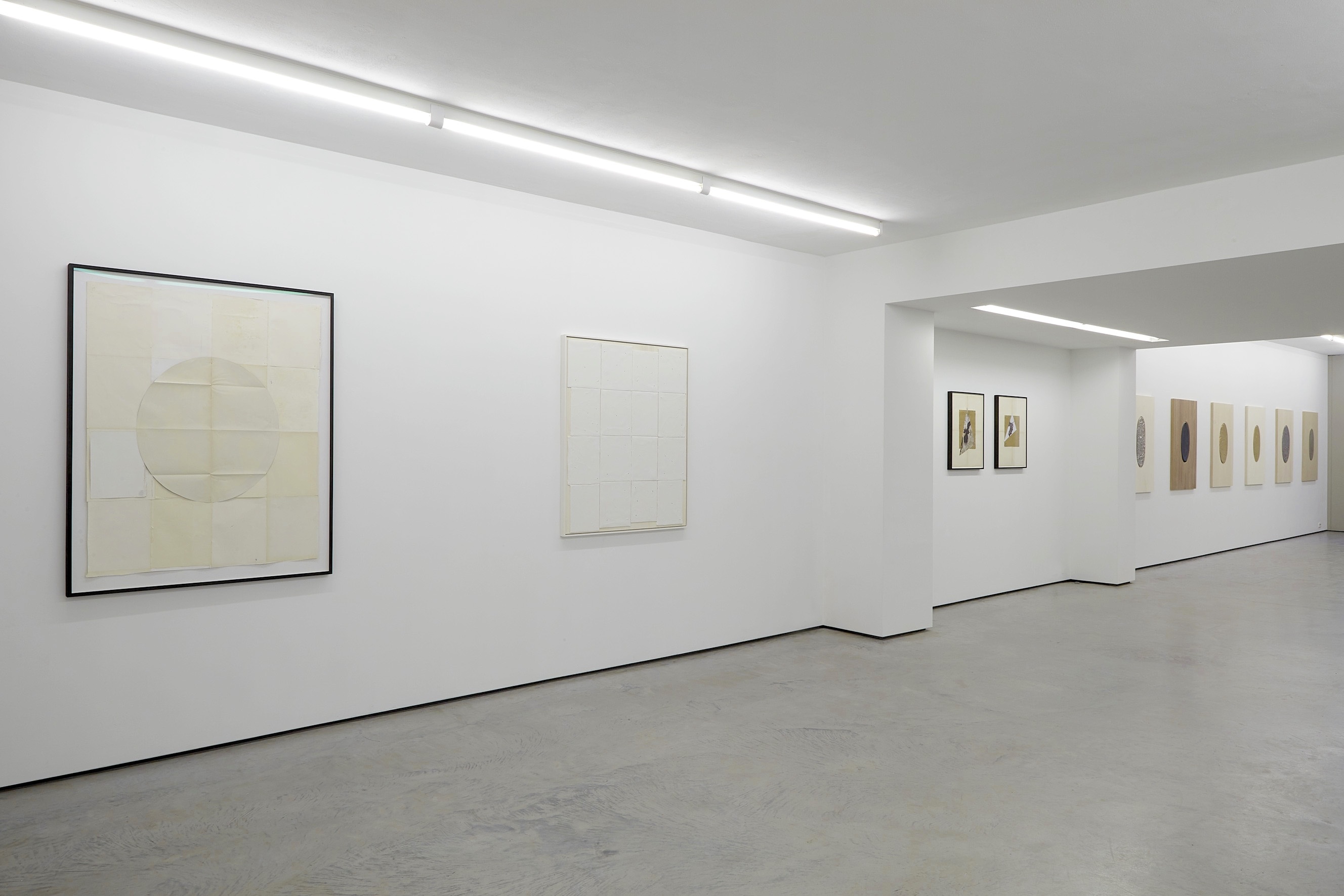 The moon is full: clouds glide across the night sky.  Their shadows are reflected on a smooth, dark surface of water. The association with such nocturnal beauty comes to mind on seeing a deep-black ceramic oval in Dieuwke Spaans’s exhibition Sun-kissed Silence. That gives rise to the bird’s-eye image of a bathtub brimming with water. As the image vanishes, slips beneath the surface, the bathtub becomes a form: the oval, which then transforms into a ‘portal’, the physical interpretation of an intangible moment of transition or access to a parallel world.

For her third solo presentation in the gallery Spaans has taken some inspiration from the world of film – Jean Cocteau’s Le Sang d’un poète, for instance, Tarkovsky’s Solaris and David Lynch’s Lost Highway. References to painting, to the work of Lucio Fontana or René Daniëls, can also be discerned. Spaans is intrigued by the notion of a parallel world. The issues that she raises in her work relate to the limits of knowledge and the reality that lies beyond reality, the subjectivity of our perception, and our inevitable break with the familiar.

Spaans provides the viewer with elements for an experience of that abstract realm without defining this further. She brings various visual elements and materials together, then leaves it up to the viewer to amalgamate them in such a way that they form a ‘spectacle’ which is greater than the sum of its parts. In doing this she fluctuates between the two poles that characterized her earlier works, namely (at one end of the spectrum) the narrative aspect and (at the other) pure abstraction.

In Sun-kissed Silence we clearly see how Dieuwke Spaans continues, time and again, to give new focus to her work. During her period at the EKWC (European Ceramic Work Centre) Spaans experimented with ceramics and with her approach to clay as a visual element. The exhibition thus includes a work consisting of sixteen paper-thin ‘sheets’ of white porcelain that have been assembled into a grid pattern. Visible on each sheet are subtle dark-blue specks: celestial pin-heads, set in a nocturnal sky of porcelain. Here she explores the potential of ceramics and paper as media.

Another work is a playful parody of Bruce Nauman’s neon work My name as though it were written on the surface of the moon: Spaans’s ‘neon’ is ceramic and blue, spelling out the word ‘Dieu’ in the handwritten script that is so typical of Nauman: whether this refers to ‘God’ or to her own name, unfinished, remains a poignant mystery. The work of Dieuwke Spaans deals with one’s own capacity to determine the structures in which to contemplate the world. Sun-kissed Silence activates memory and the imagination. The silence created by Spaans is an inviting one, a different dimension which, warmed by the sun, feels like an embrace.