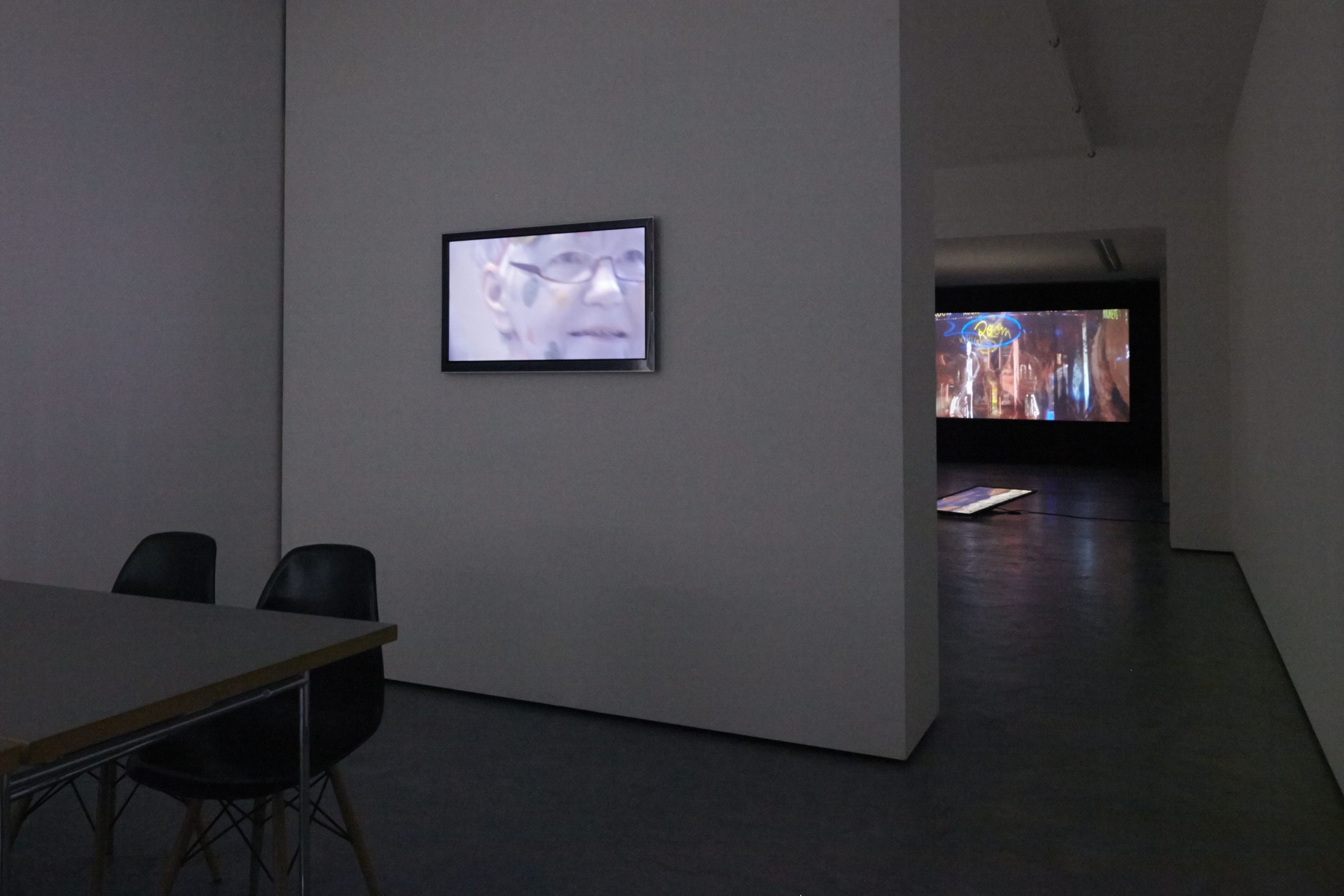 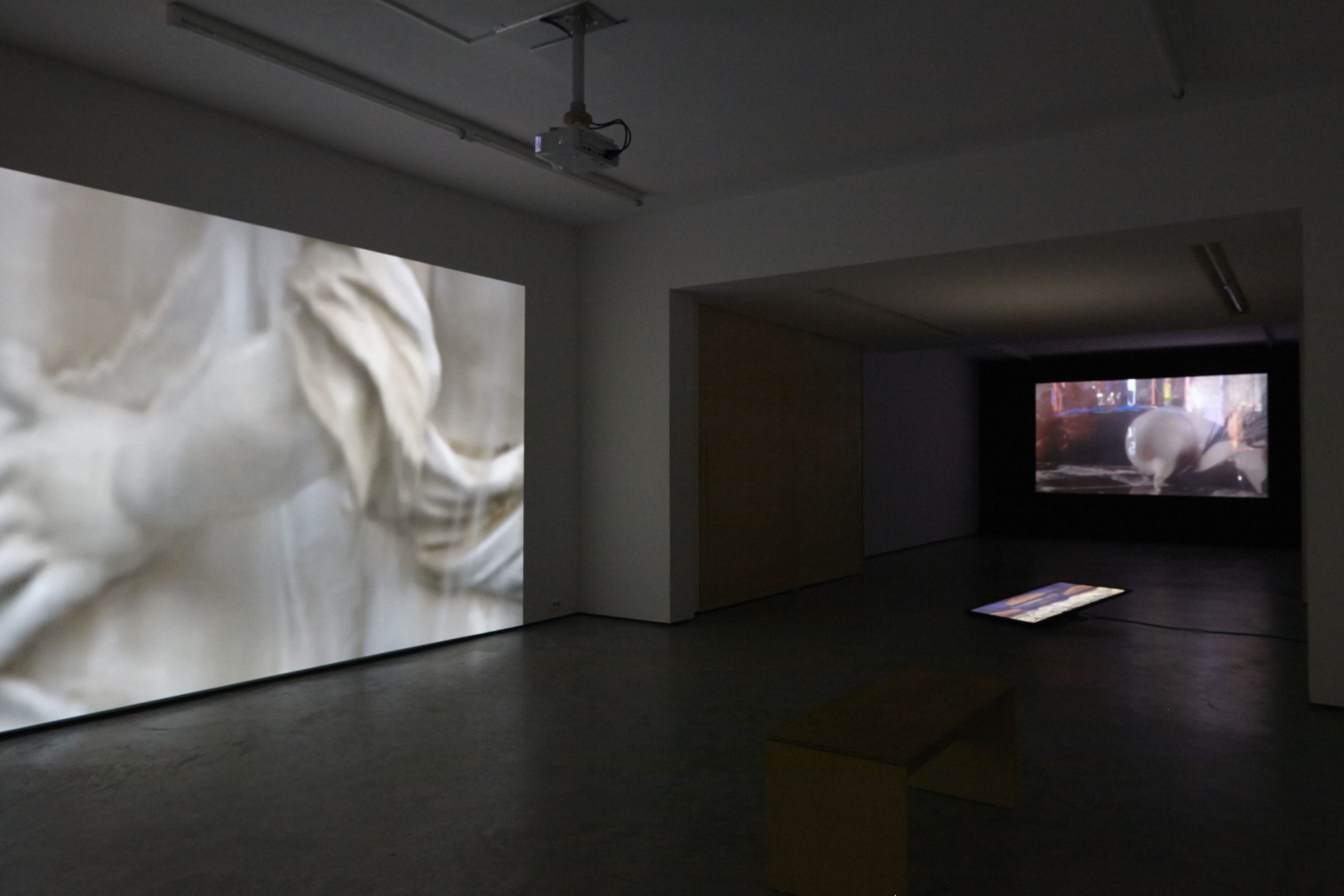 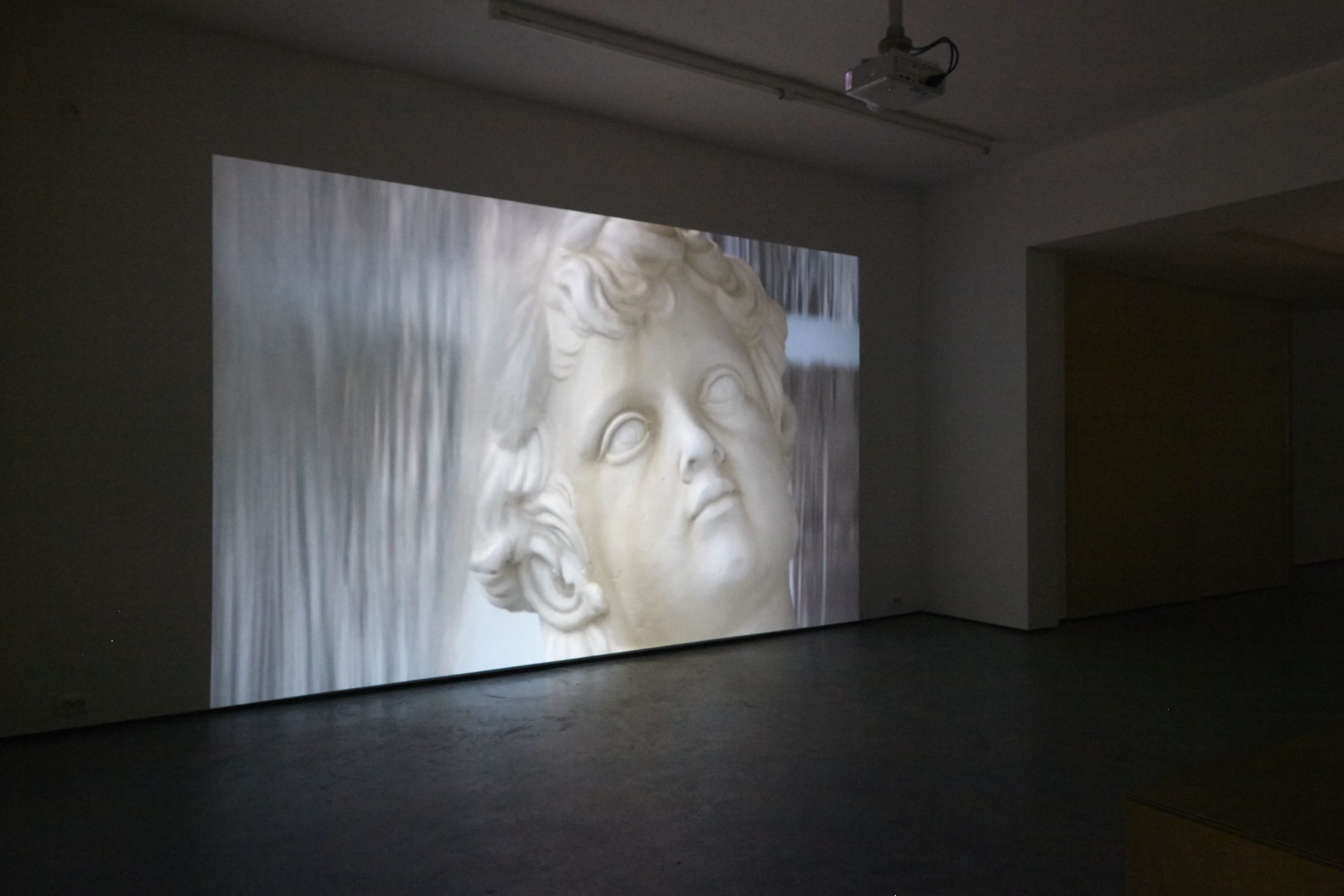 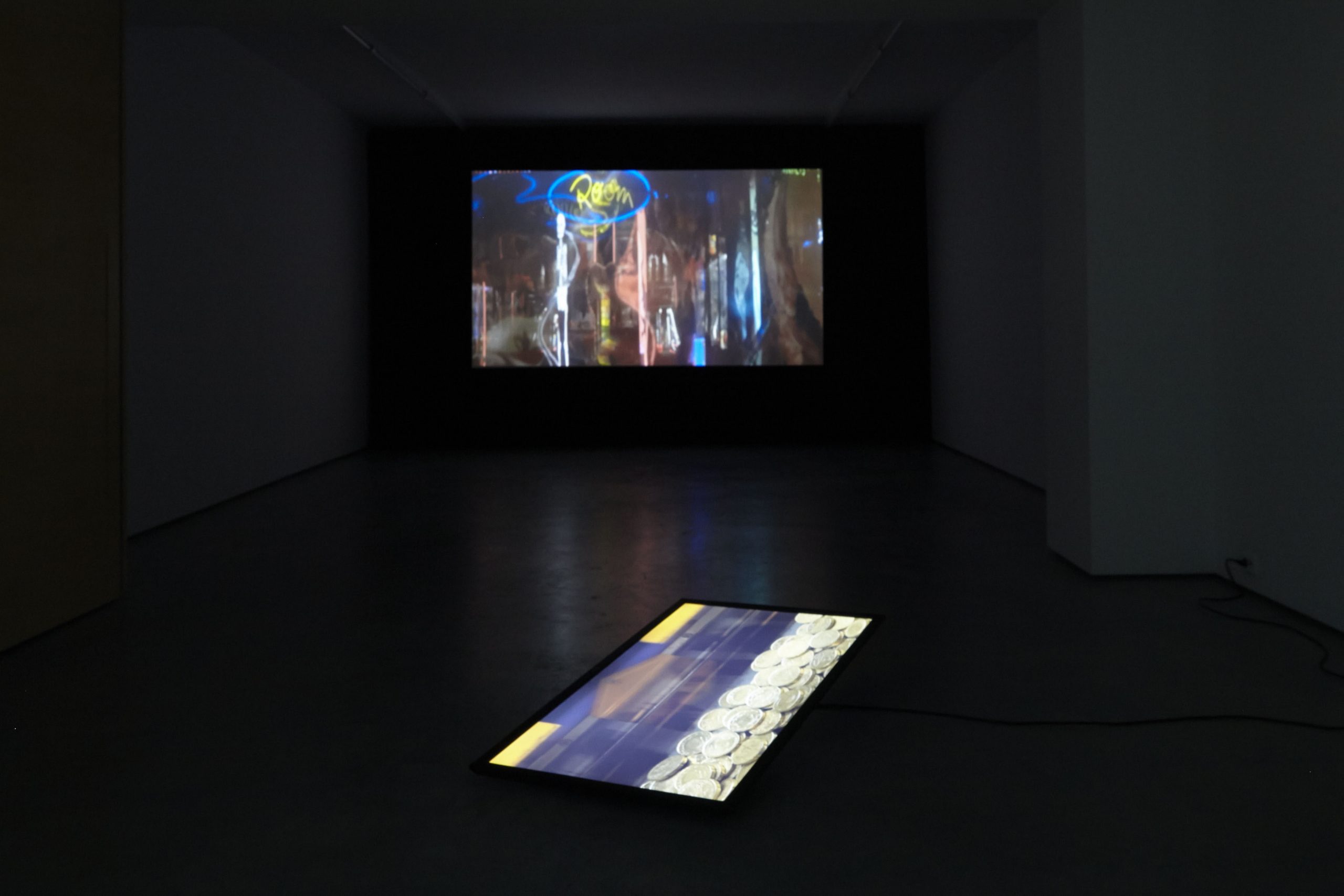 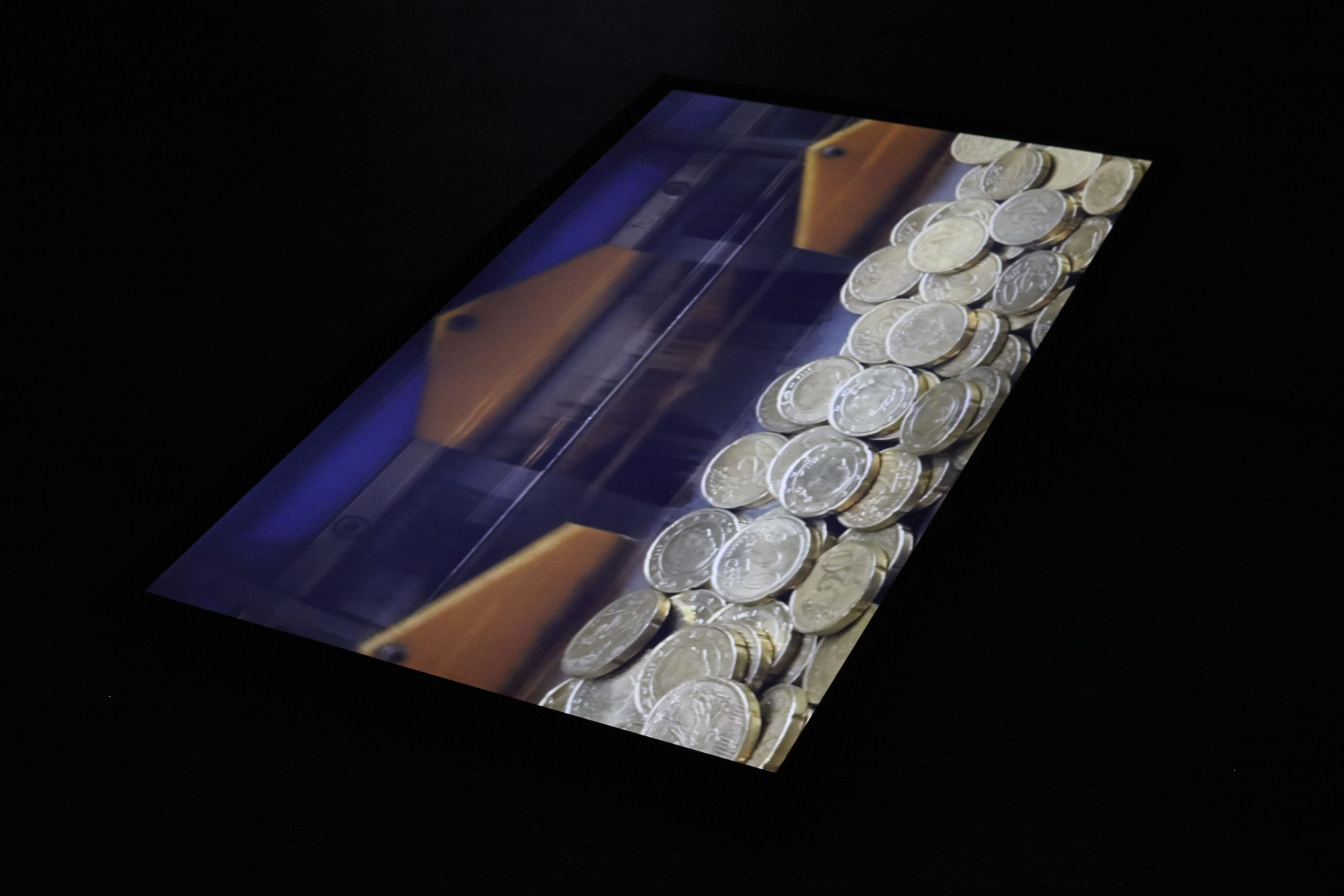 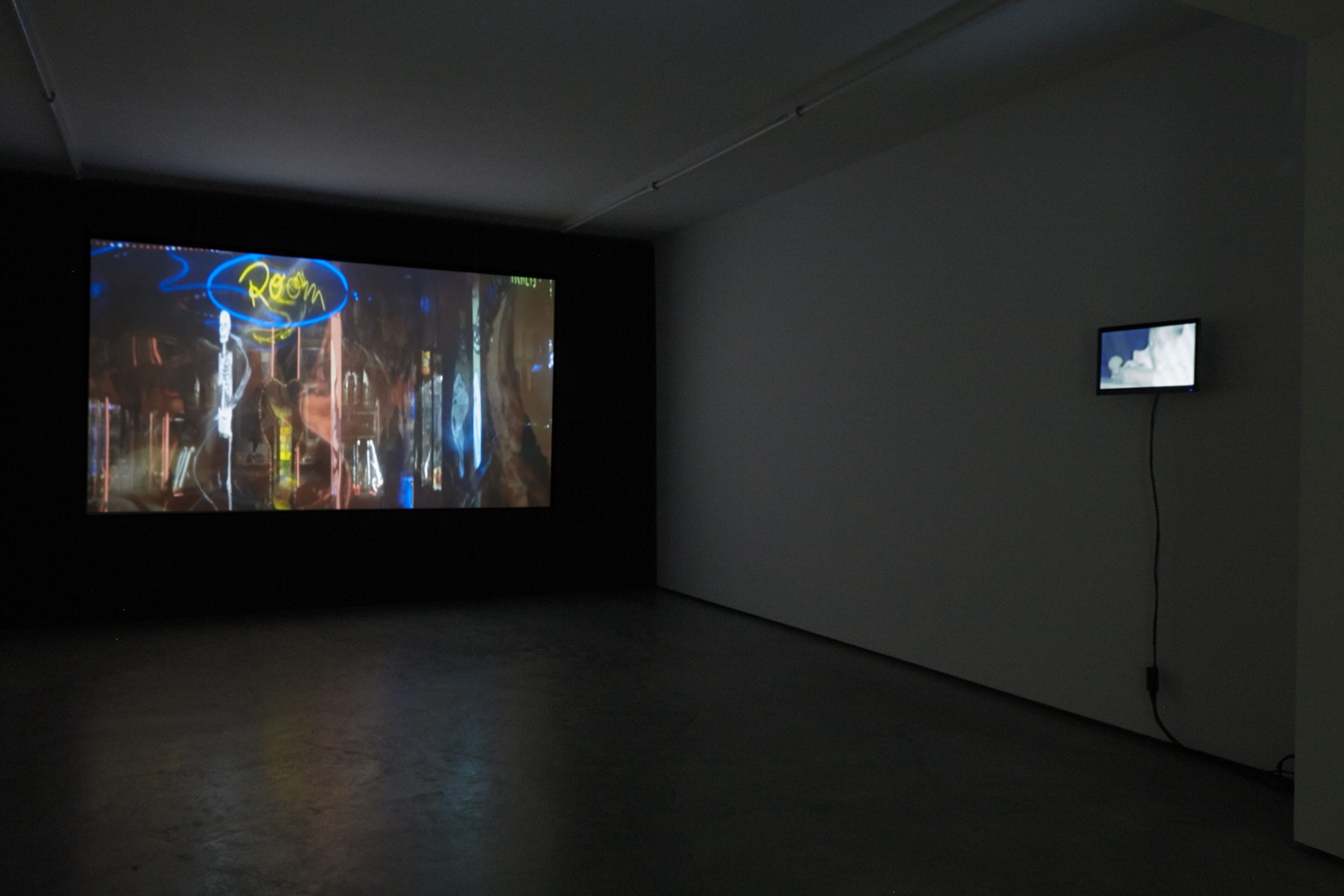 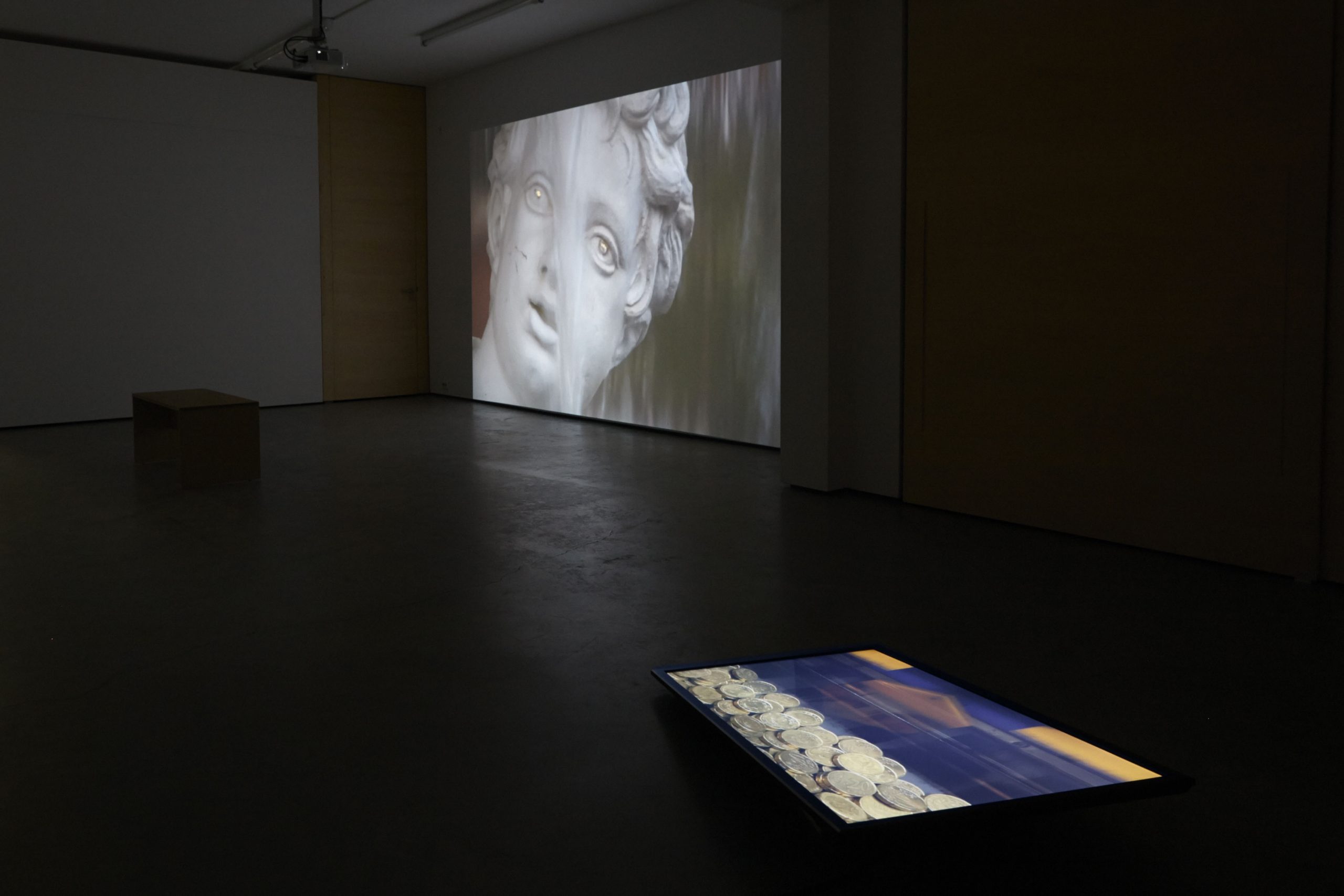 People need stories and images in order to create order within the world’s chaos. Emma van der Put (1988, Den Bosch) provides us with those images. She regards the world as a ready-made film set for her observations. Van der Put doesn’t stage things; with her camera she enters into situations that ‘happen’ to her. She sees something—a situation or a place which evokes wonder, which is alienating or simply gives rise to aversion—and becomes fascinated by it. Then she starts shooting a film.

In her first solo exhibition at tegenboschvanvreden, Emma van der Put is presenting a series of recent video loops under the title ‘Room Fountain Token’. Previous work made the viewer question whether it had been staged. In her recent work, where the focus seems to have shifted from man to his environment, a similar sort of confusion can arise. Here it relates to the issue as to whether the image has been manipulated. Rather than making use of special effects in the final processing of her material, Van der Put employs only the effects that are present while filming at the chosen location. These effects are an inherent part of the underlying image’s content or, conversely, form a contrast with that content. Whereas the meaning in her video films is generated by the succession of scenes, in her video loops Emma van der Put investigates the stratified nature of a single image.

What characterizes the work of Emma van der Put is a desire for a form of visual speculation and the conjuring forth of an underlying story. The director of the Centraal Museum in Utrecht, Edwin Jacobs— who nominated her for this year’s Volkskrant Visual Art Prize—is fascinated by the outlook, evident in Van der Put’s work, that images can be manipulated in different ways: “What she conveys is the feeling that you’re looking at the world for the first time and observing this from the inside out. As though you’re not looking at, but from within the subject. You sense the pulse of the maker not in grand gestures, but through the concentration of observation.”

A striking aspect of her videos is the ease with which Emma van der Put makes day-to-day reality abstract and allows it to have greater meaning than is visible at first glance. While filming she remains detached from the things going on around her in order to maintain an overall view of the situation. At the same time she tries—by way of the camera and the technical possibilities that it offers—to fathom the latent information held in brief passing moments. Throughout the editing process she then gives shape to the relationships among the images until they actually express, in terms of their casualness, something about a location, a situation, an occurrence. Because of the rhythm of her constructions, the viewer is prompted to observe on his own and give room to the imagination.

Emma van der Put studied at the Akademie voor Kunst en Vormgeving / St. Joost Den Bosch. From 2010-2012 she was a resident at De Ateliers in Amsterdam. Her work is on view at the Stedelijk Museum Schiedam through 11 May in the context of the 2014 Volkskrant Visual Art Prize. During the second half of 2014 she will be a resident at Wiels, in Brussels, for six months.