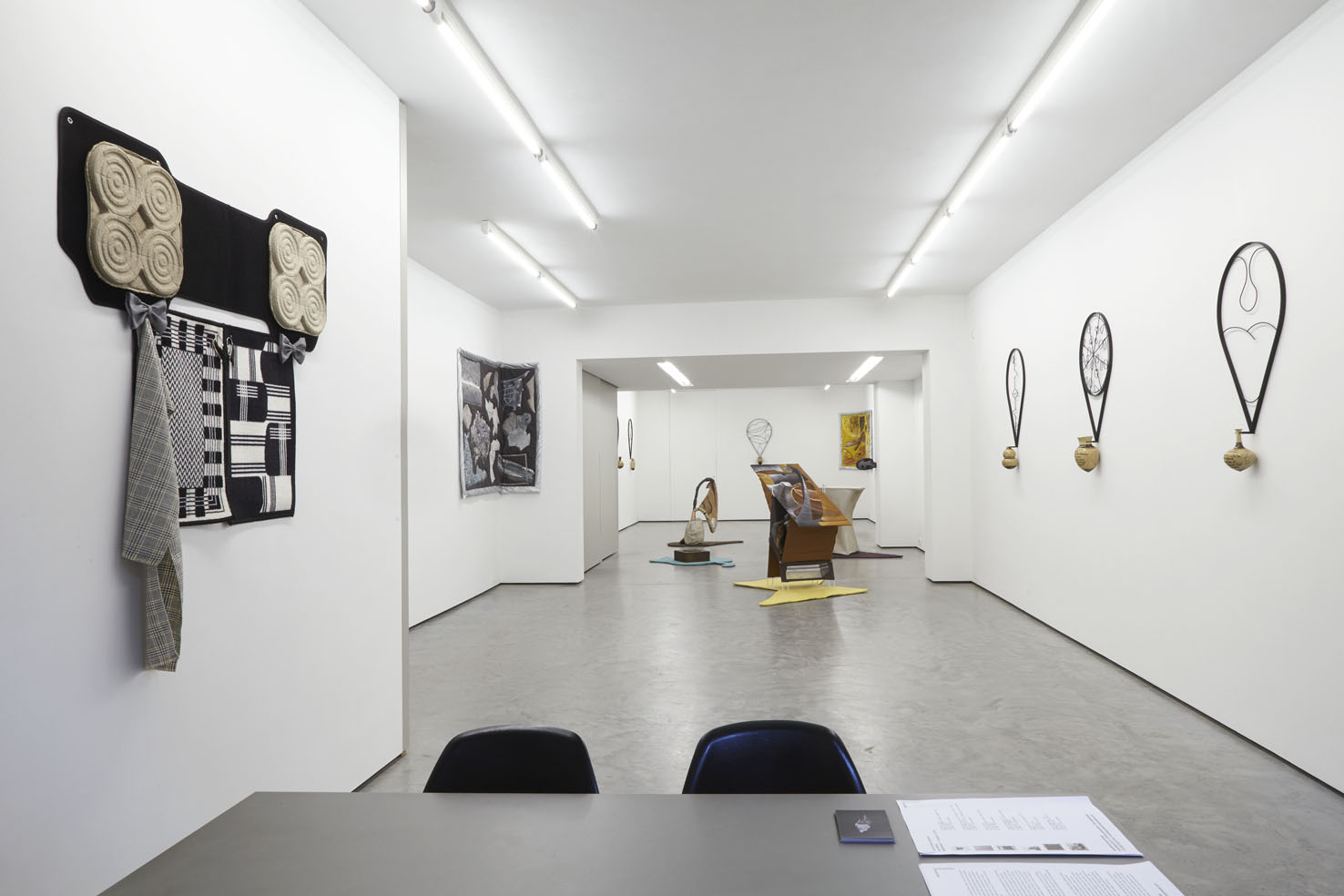 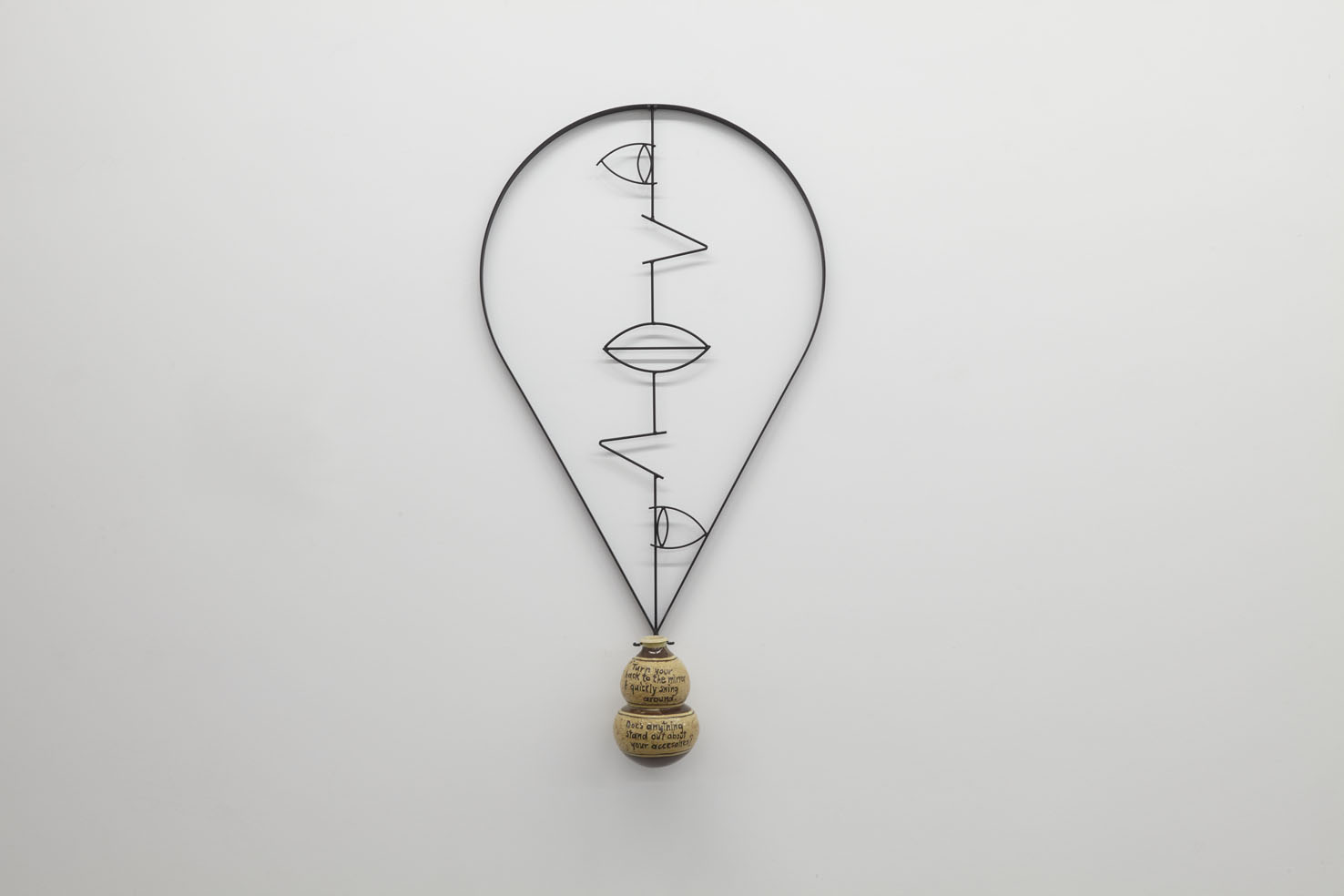 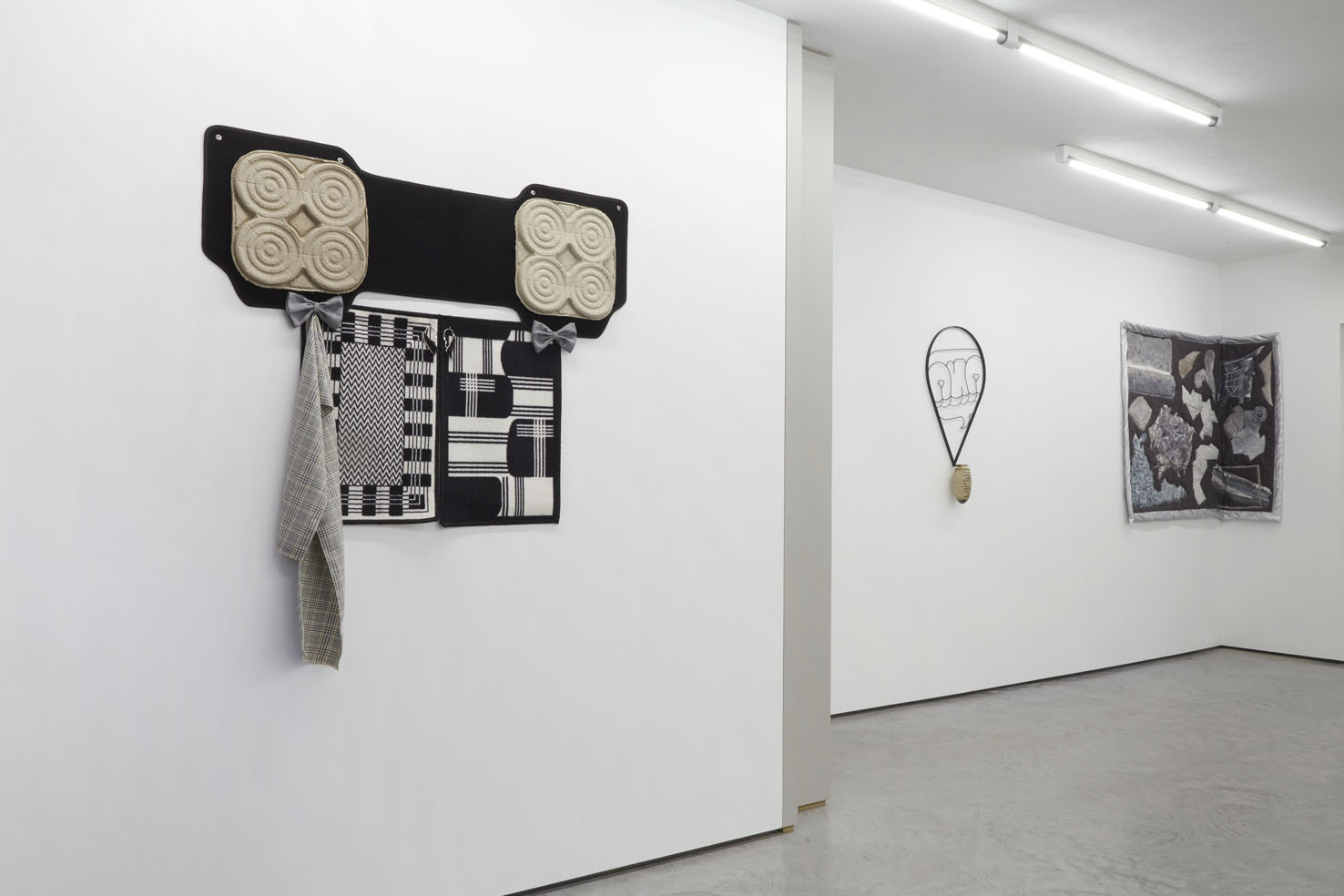 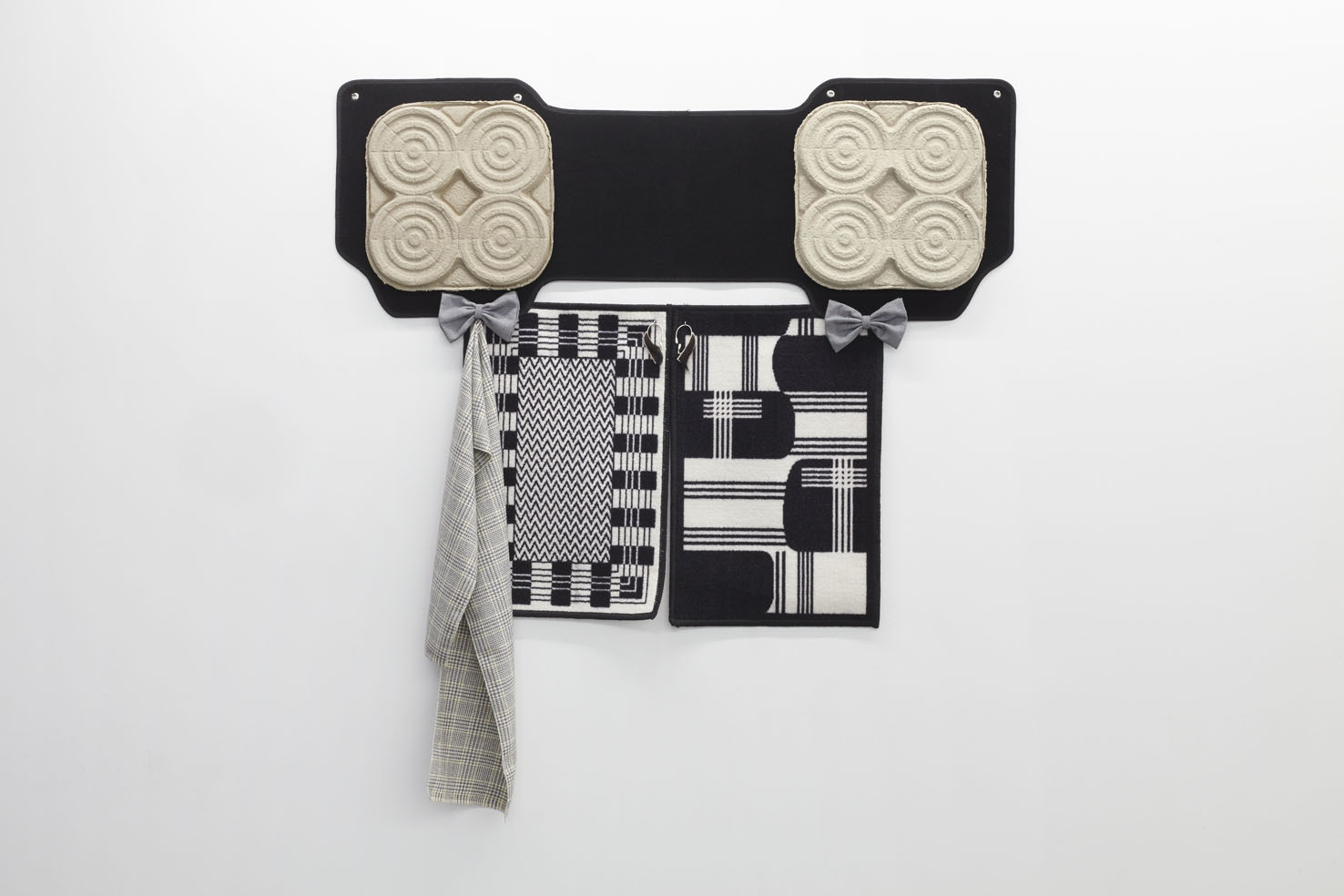 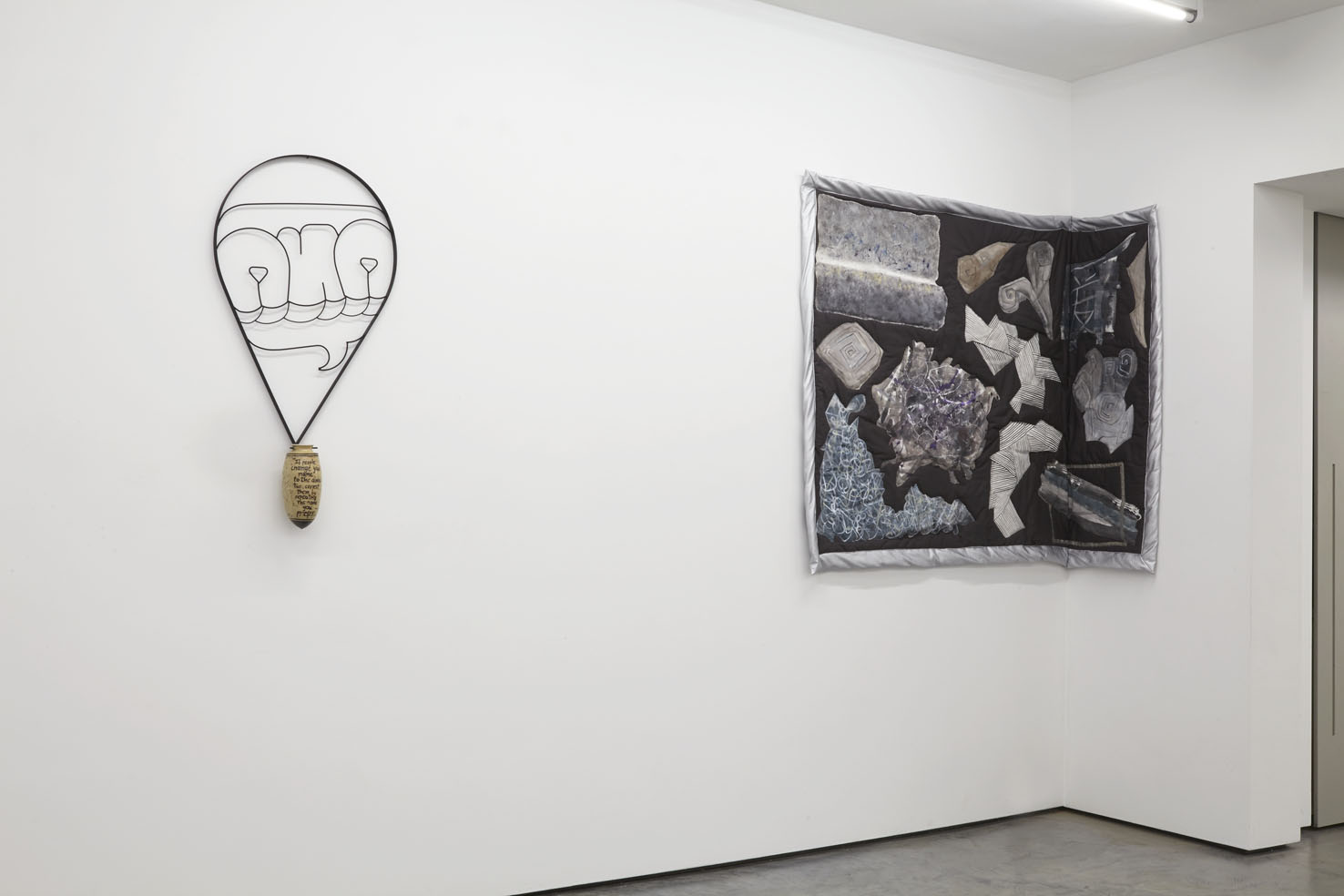 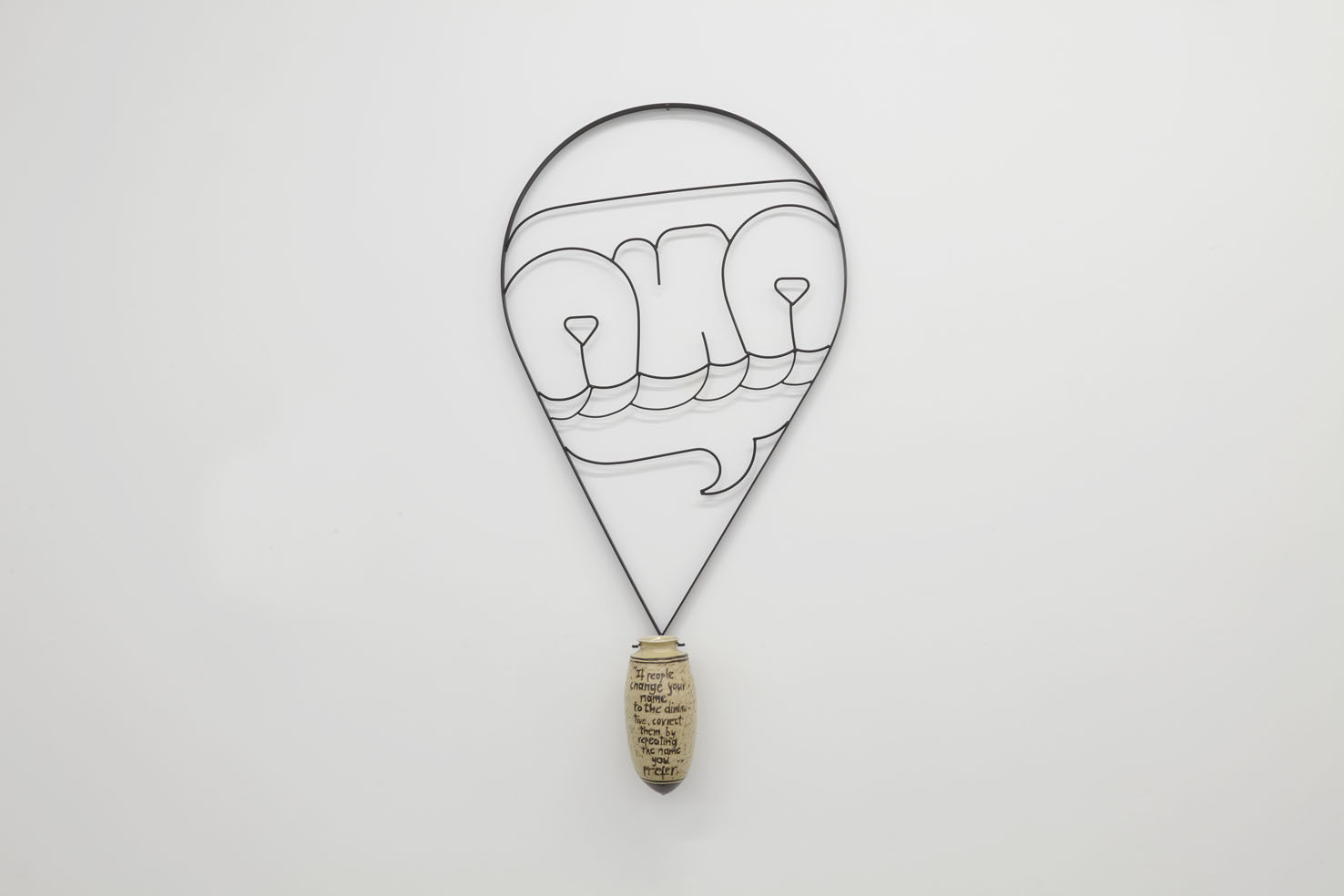 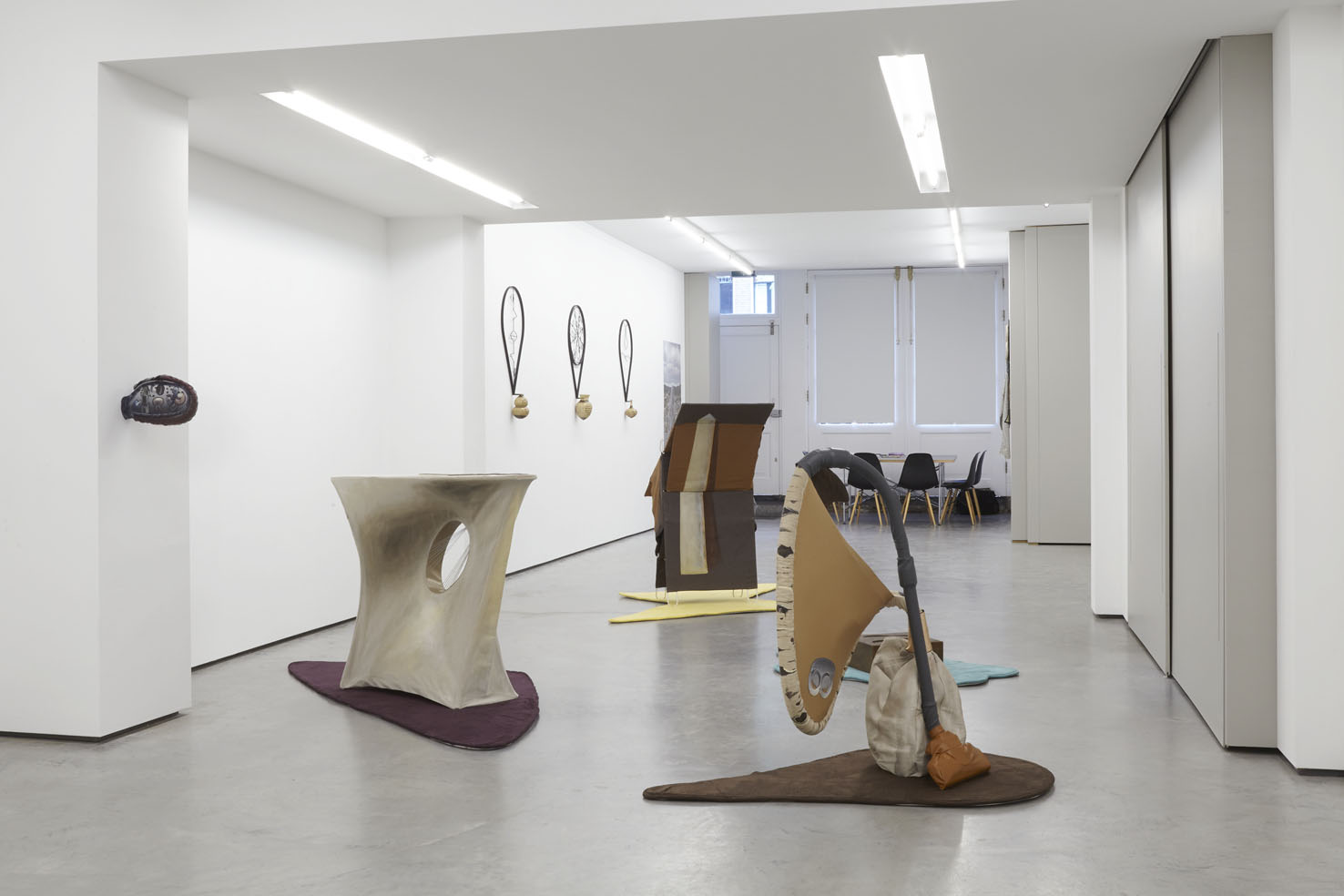 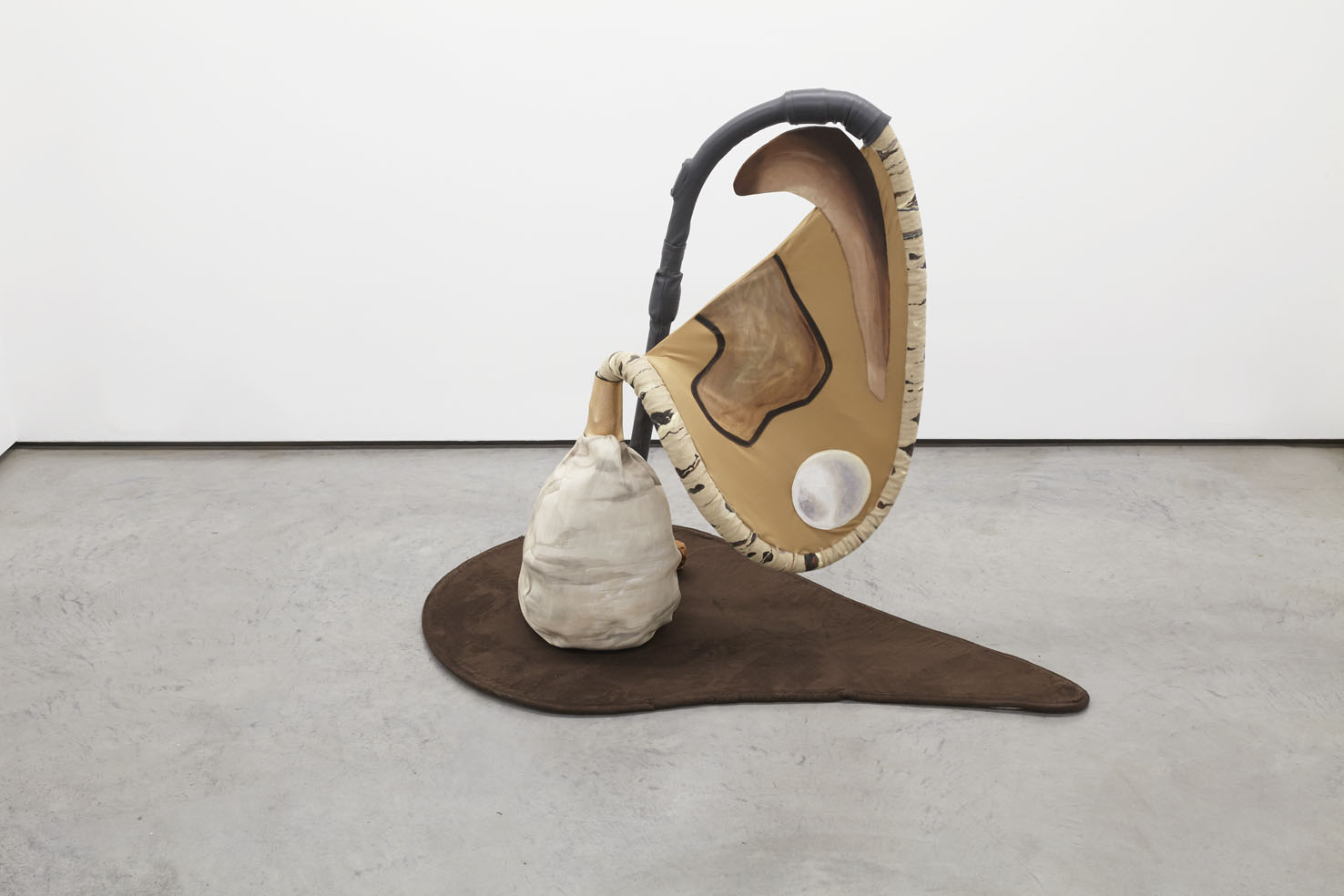 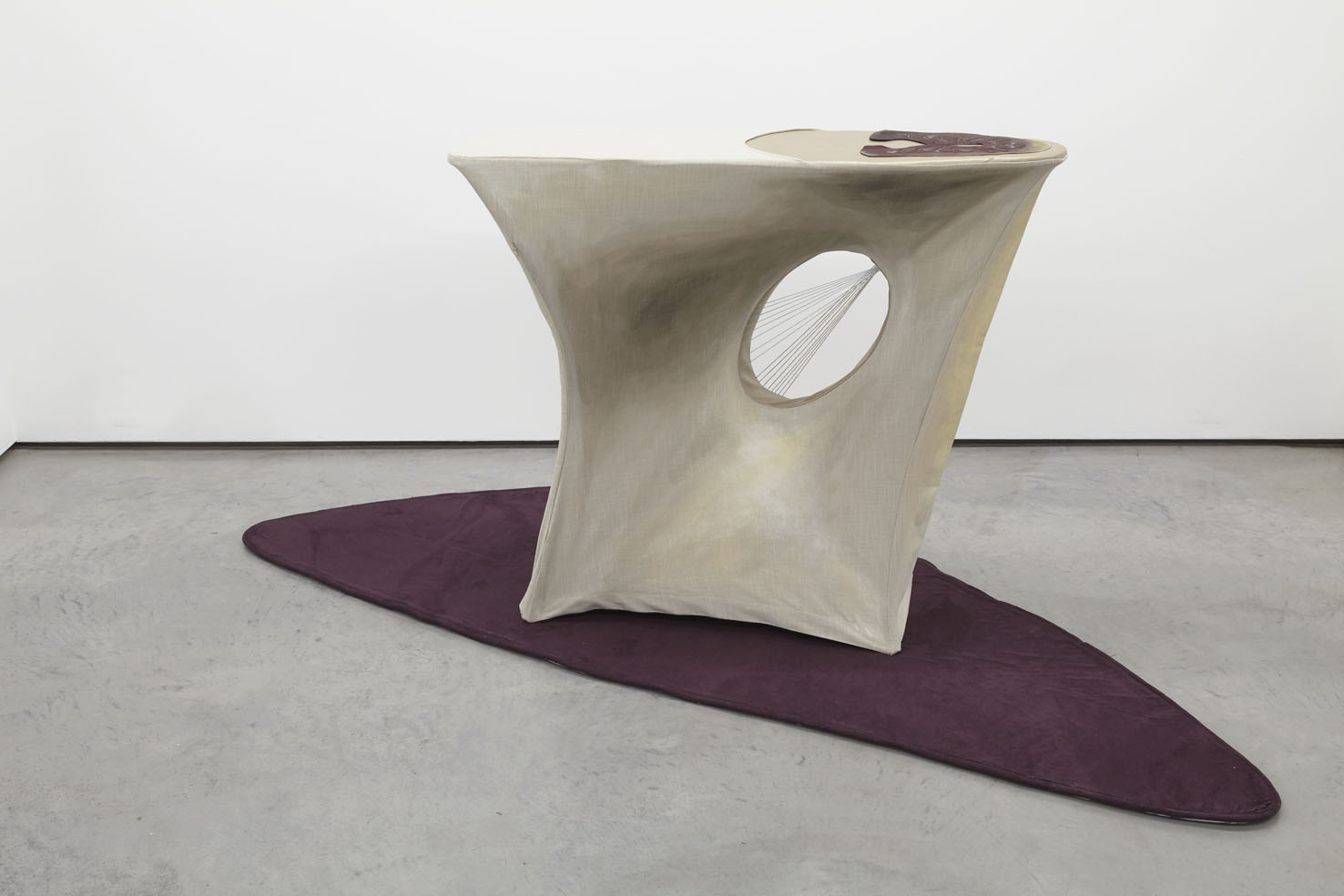 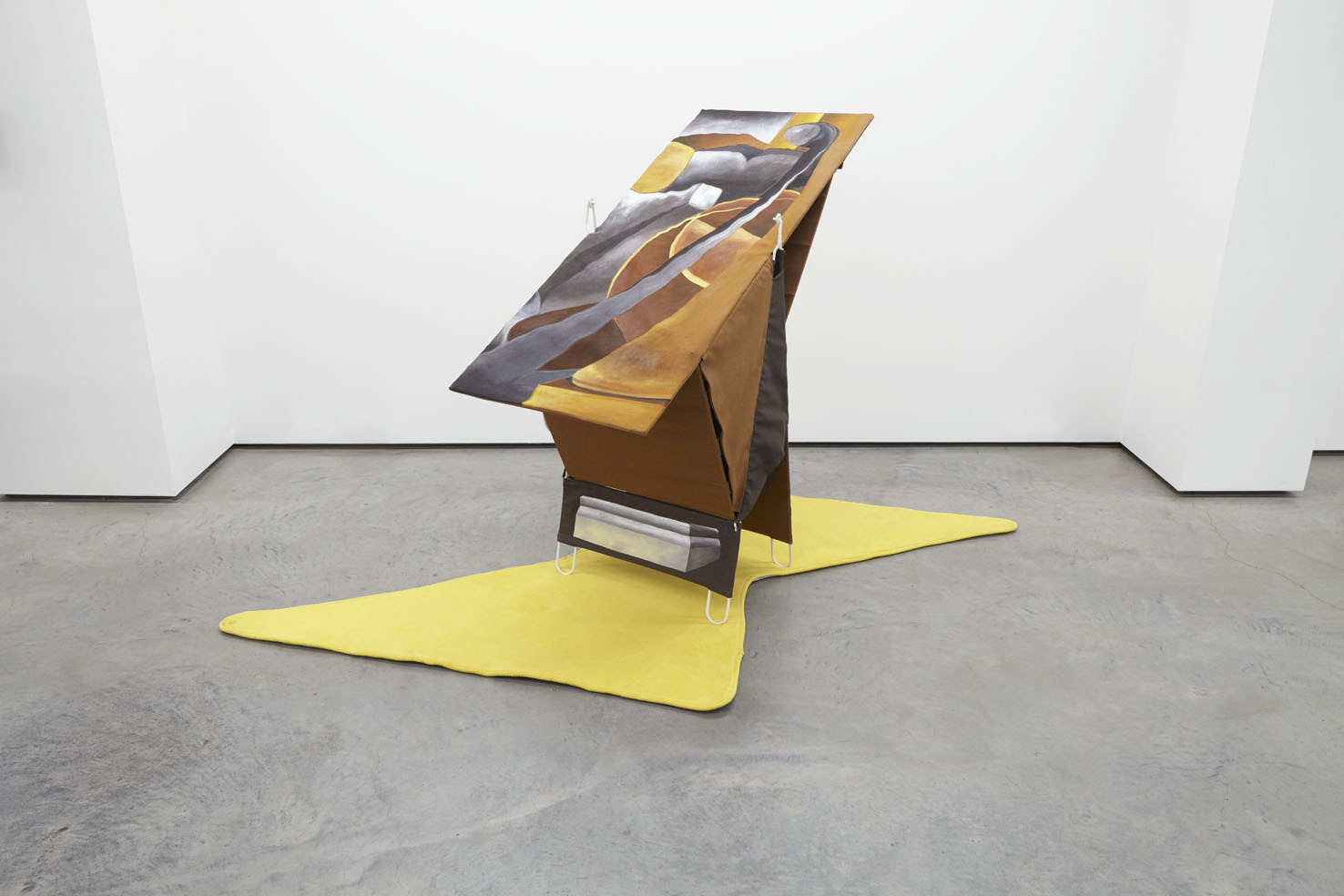 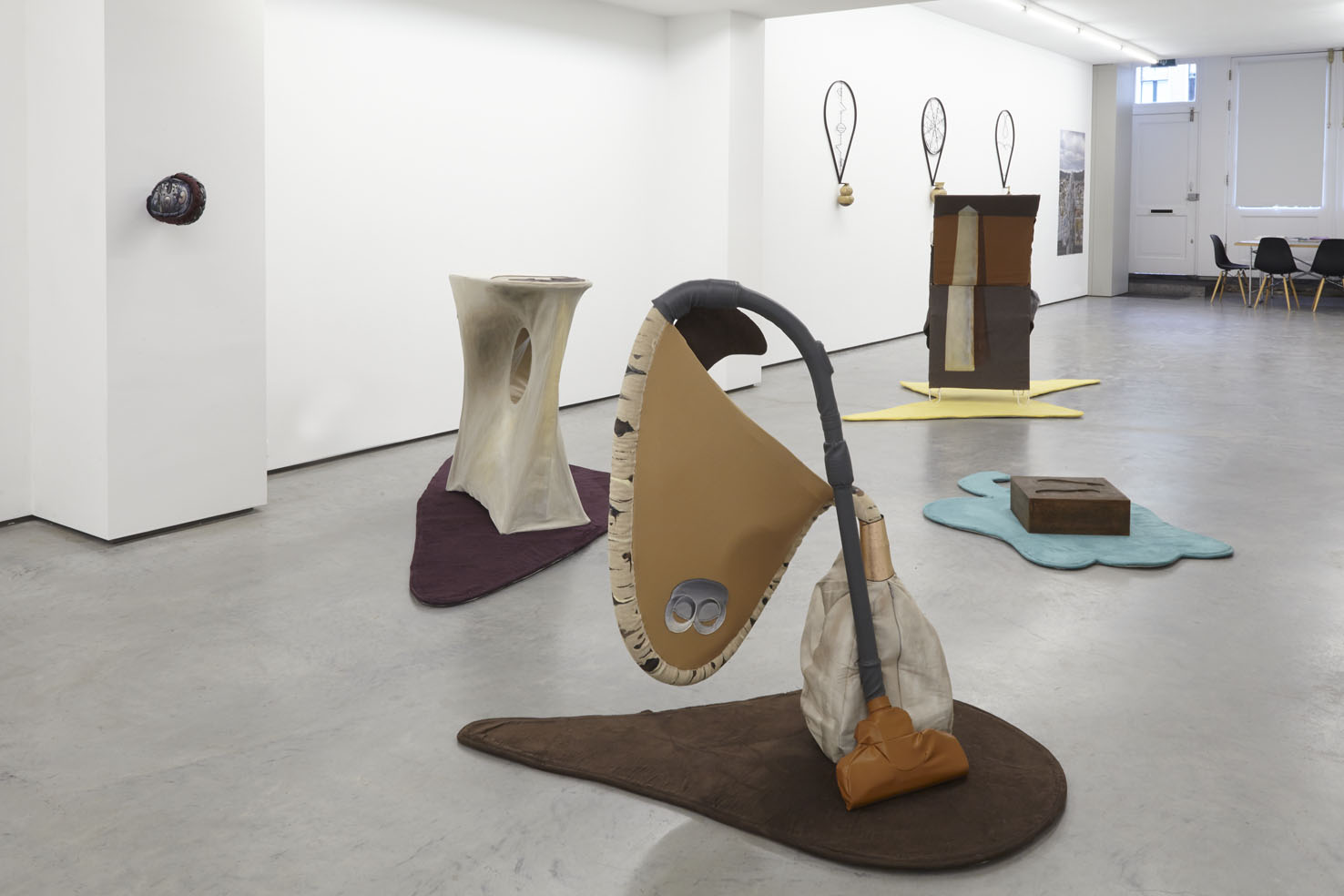 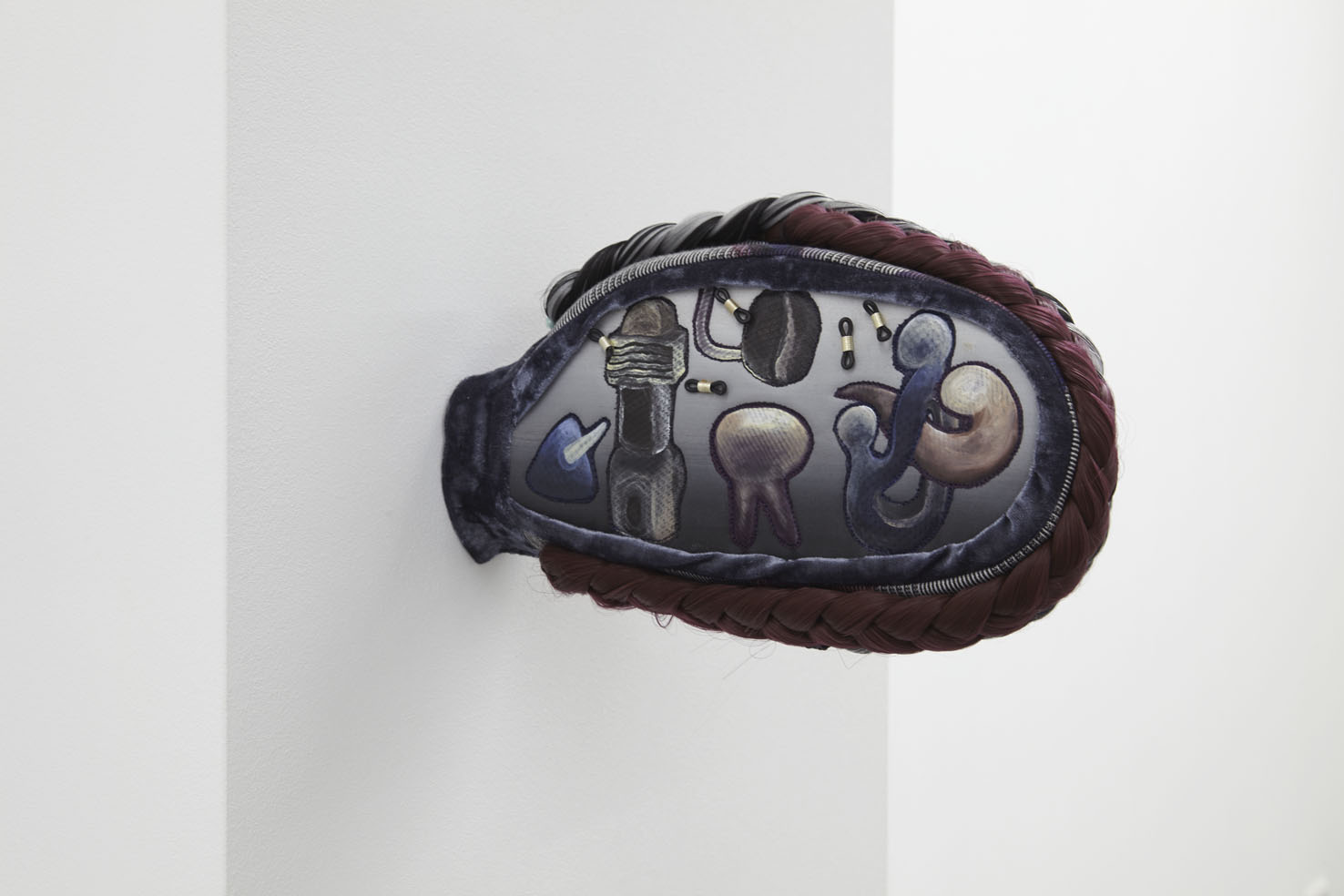 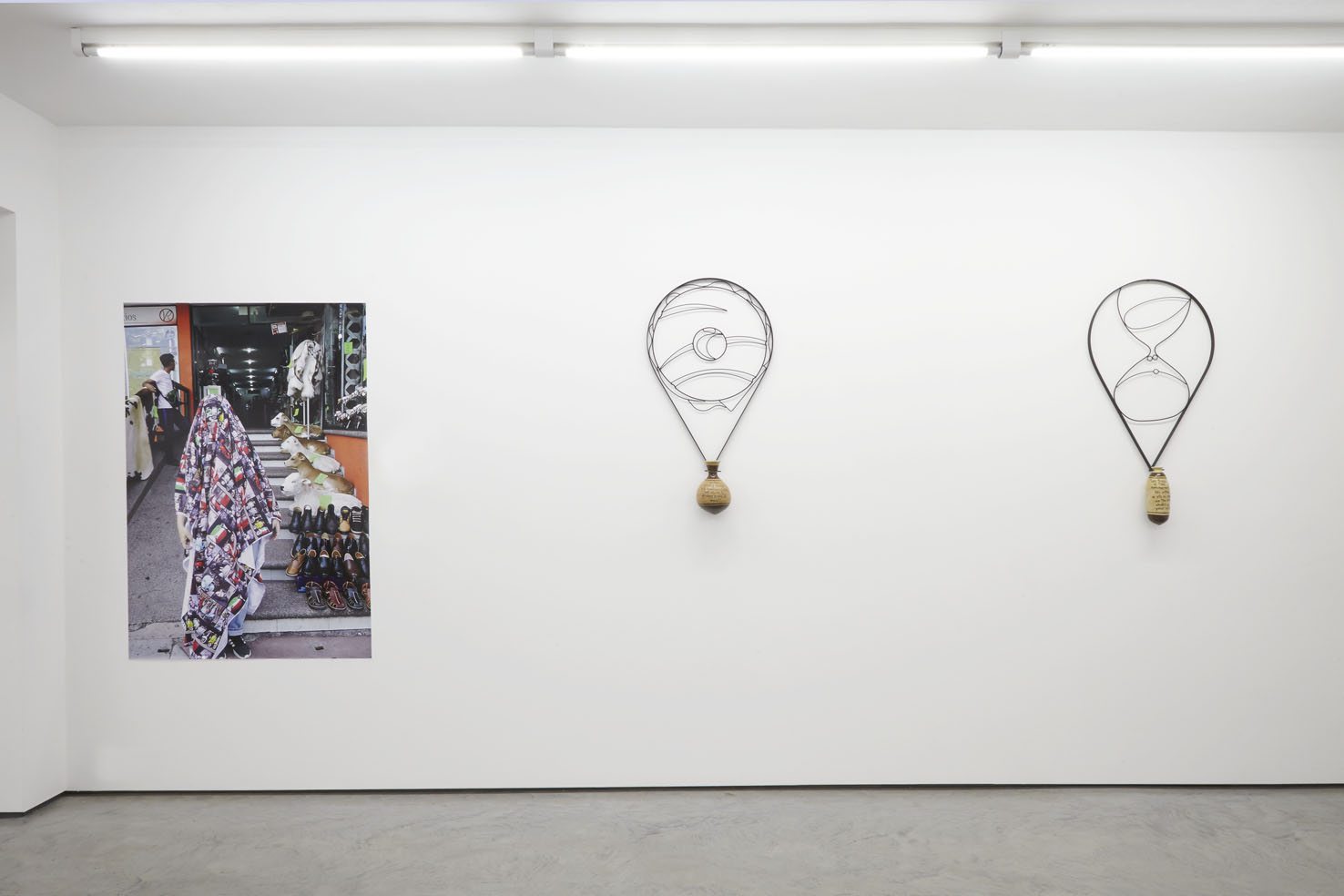 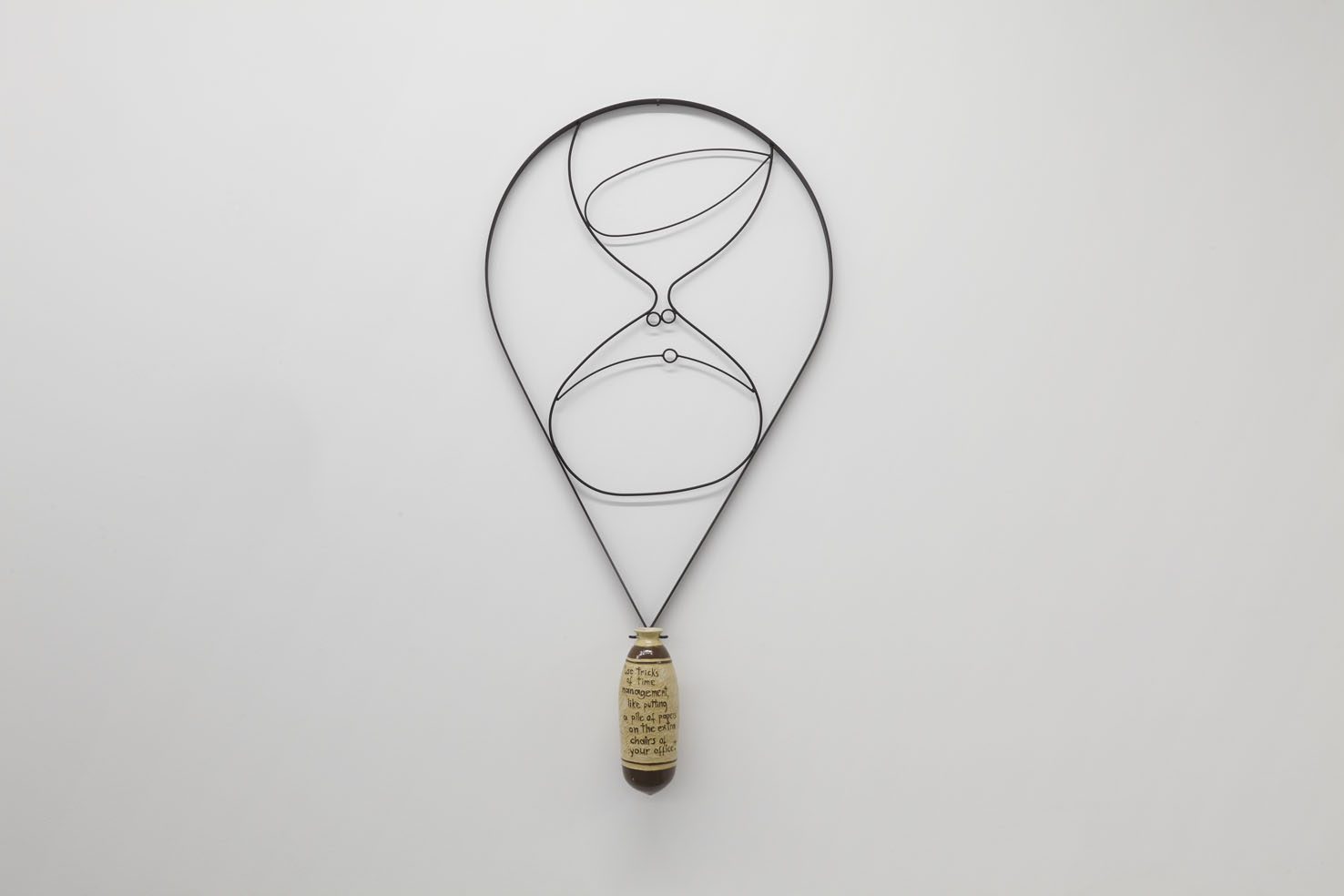 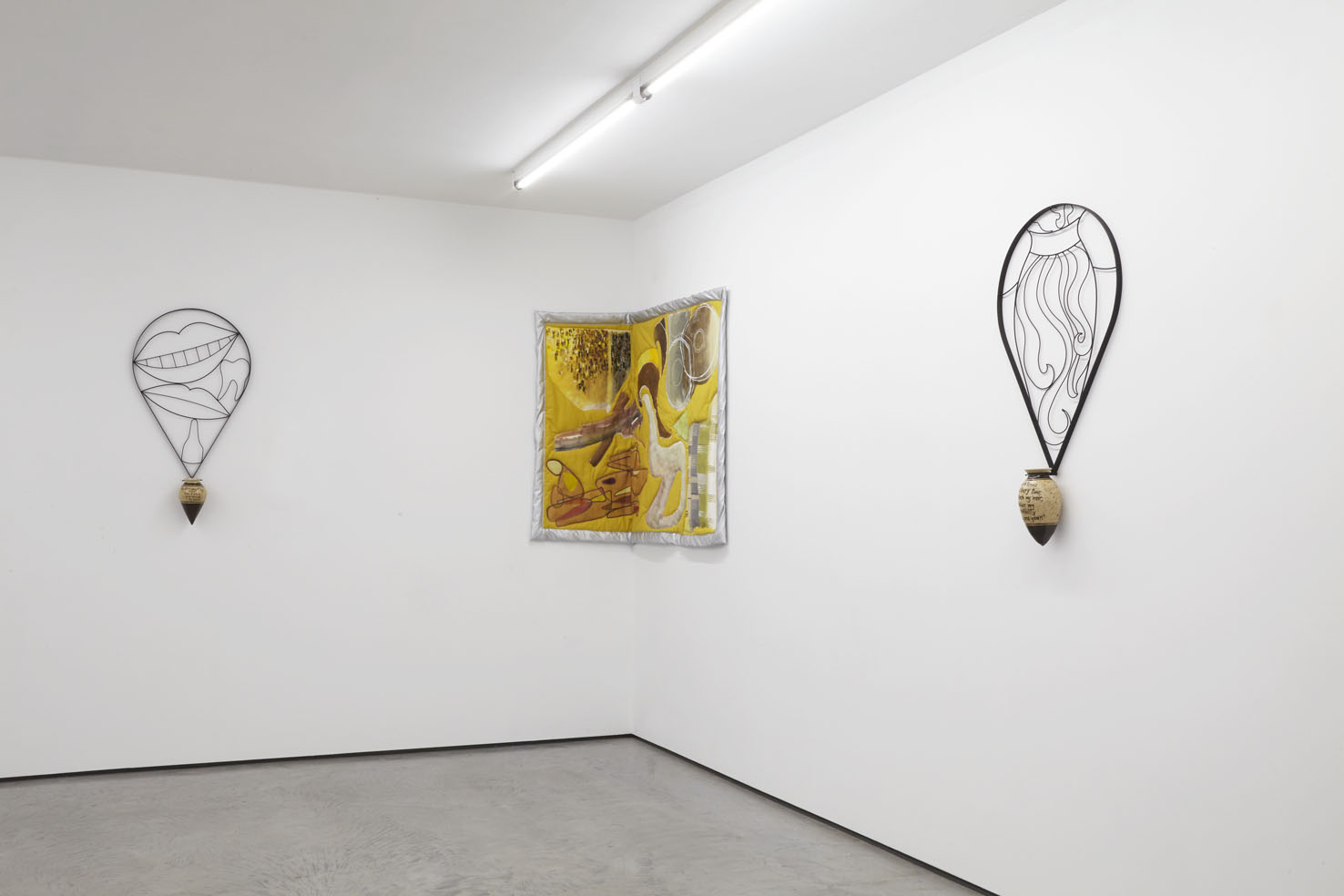 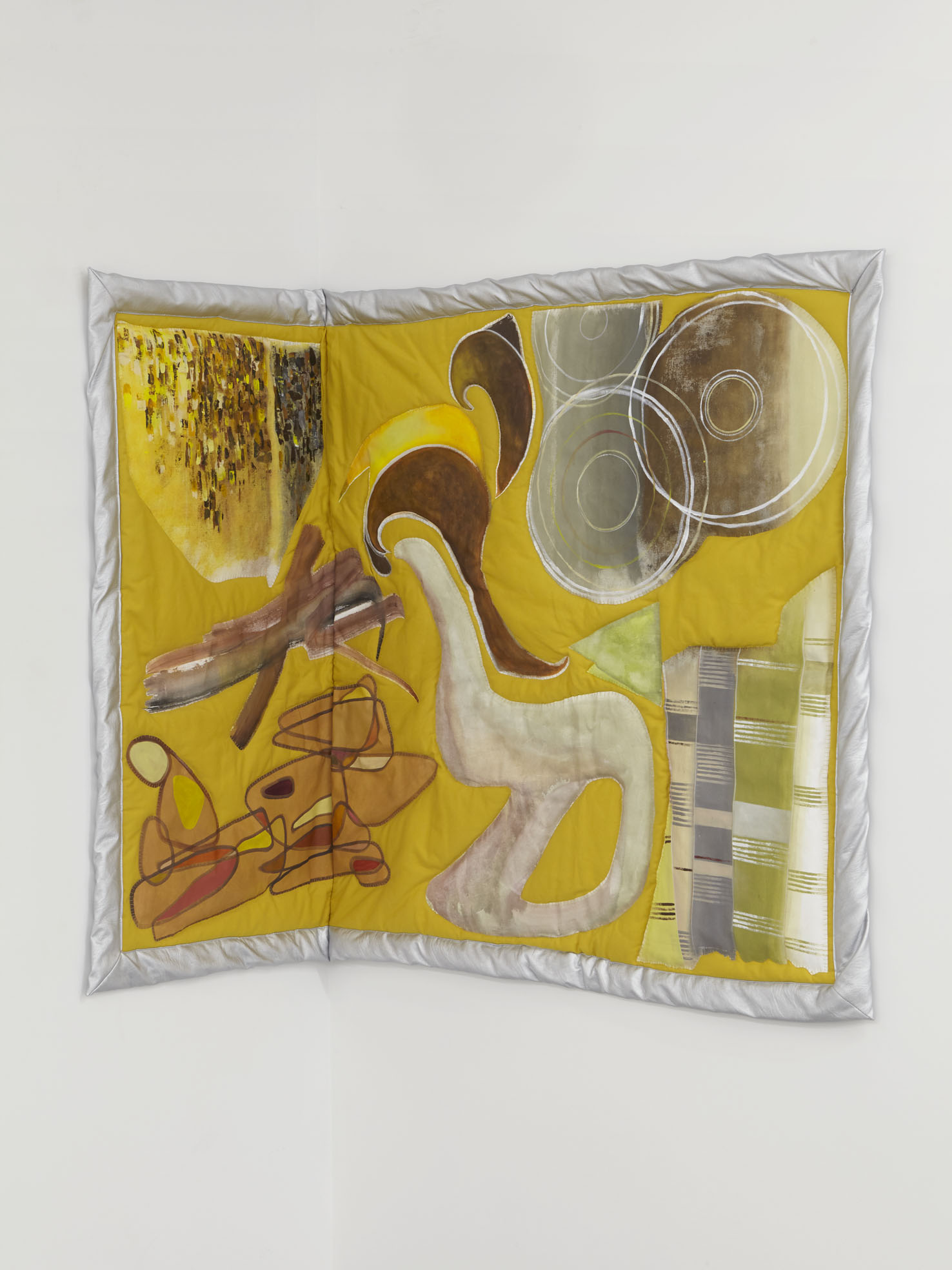 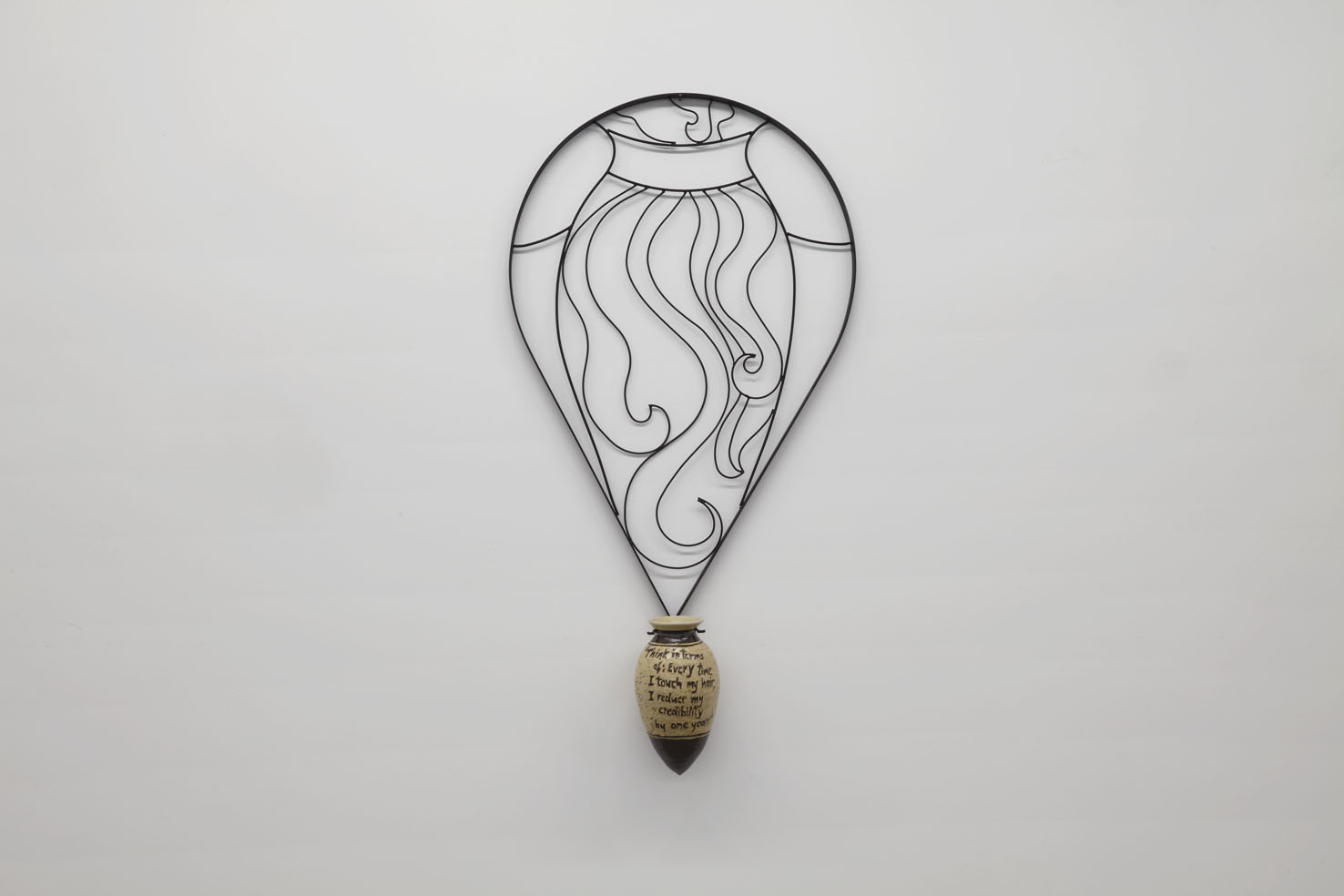 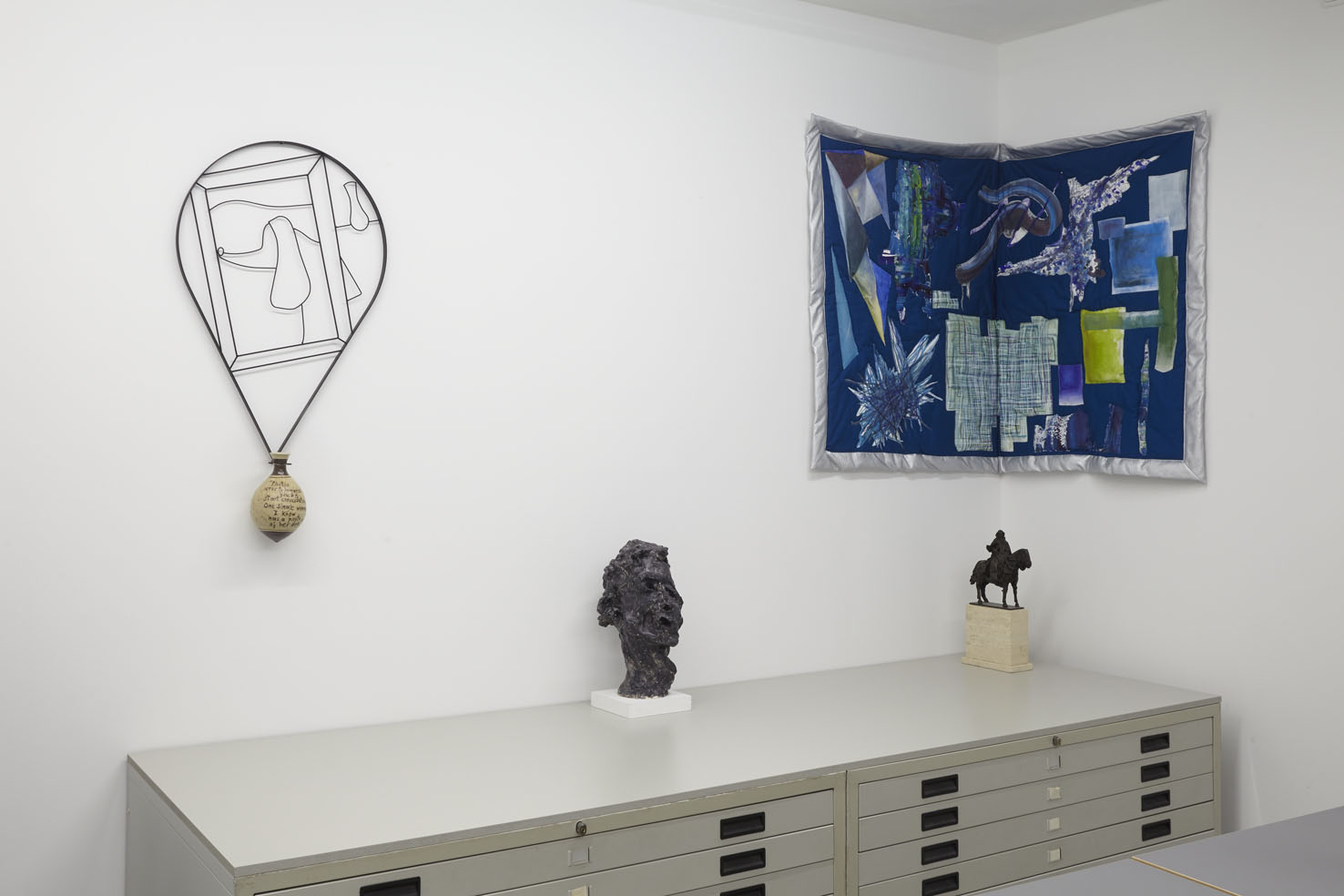 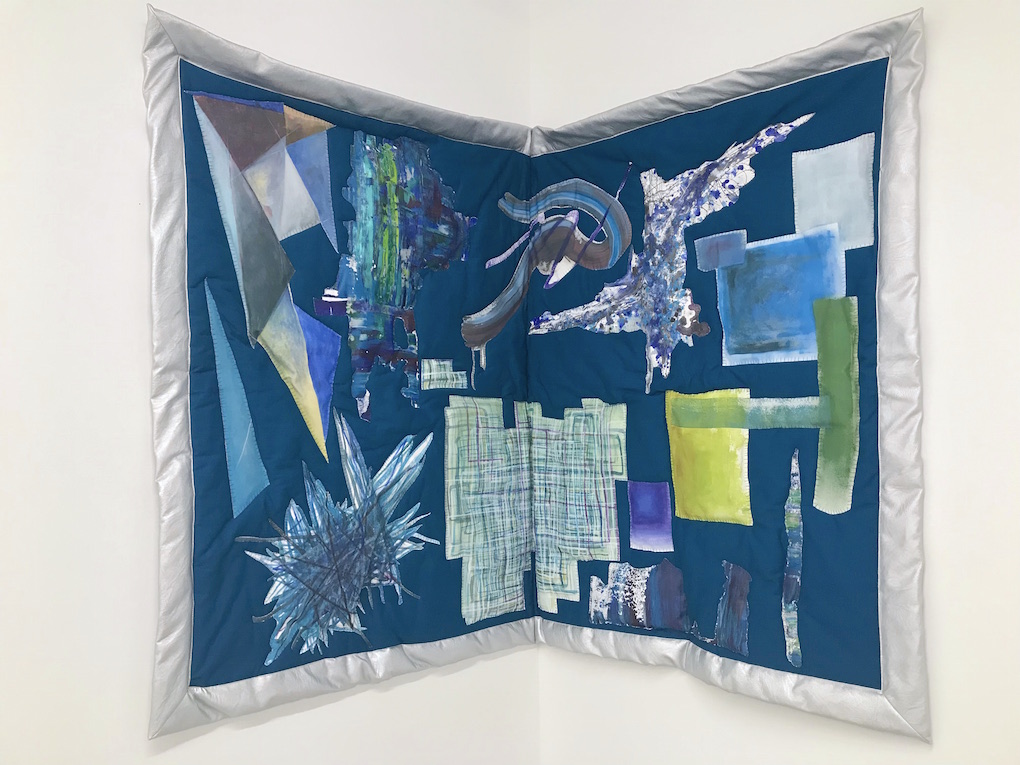 She is thirteen centimeters shorter than the average Dutch woman. One of the works in her solo presentation roll up (one’s) sleeves is a low bronze plinth showing the imprint of her shoes. This base exactly compensates what the artist herself lacks in height in order to conform to the Dutch average.

Concepts such as transformation, assimilation and appropriation play an important role in the work of multimedia artist Ana Navas (1984, Quito, ECU). Navas’ presentations often consist of installations in which paintings, objects, assemblages and video function as ‘areas’ in which those processes of transformation and assimilation take place. roll up (one’s) sleeves presents mimicry as a key theme, alongside notions of stereotype (or stereotypical identities) and the role of the accompanying costumes in social interactions. The bronze pedestal piece Thirteen is a lucky number, 2019, is one of the works in which Navas engages with ‘pretend play’ in a world full of prescribed behavior.

Over the past years, Navas has particularly immersed herself in the codes of image design: fashion advice, particularly from the late 1970s and 80s age of power dressing, makes an appearance in several works. The fictional props in some of the assemblages, such as imitation sideburns, fake Adam’s apples and pillows for obscuring the waistline, constitute a playful commentary on social codes regarding appropriate outfits for women in a professional setting (in line, of course, with the male office-wear trends of the era). Whereas the artist sometimes appeared in earlier works herself while wearing flamboyant attire, she has now created costumes for household appliances and objects such as an ironing board, drying rack or vacuum cleaner. Though these everyday objects easily invoke art-historical references, Navas is mainly interested in the diluted versions of these references as she considers those to be the most ‘social’ ones. Her work arises from an ever-recurring interest in the relations between design, art, and ‘low-brow’ disciplines such as decorative crafts. She examines the perception of art outside the context of art, as well as the notions of ‘original’ and ‘copy’.

The series of Tara works in this exhibition, for example, involves an investigation into archetypical painting and the required properties for such a work to be considered a painting. The compositions were constructed from image fragments that show up on Google Images when you search for terms such as ‘contemporary painting’, ‘abstract painting’, or even just ‘painting’. They are based on household interpretations of iconic gestures from art history.

roll up (one’s) sleeves suggests a sense of ‘let’s get the job started’, of physical labour, but Navas employs the title from the perspective of associations with image-building strategies, no matter whether they concern art , fashion, or politics. Her paintings, sculptures, photographs and objects show what can happen when one rolls up one’s sleeves.