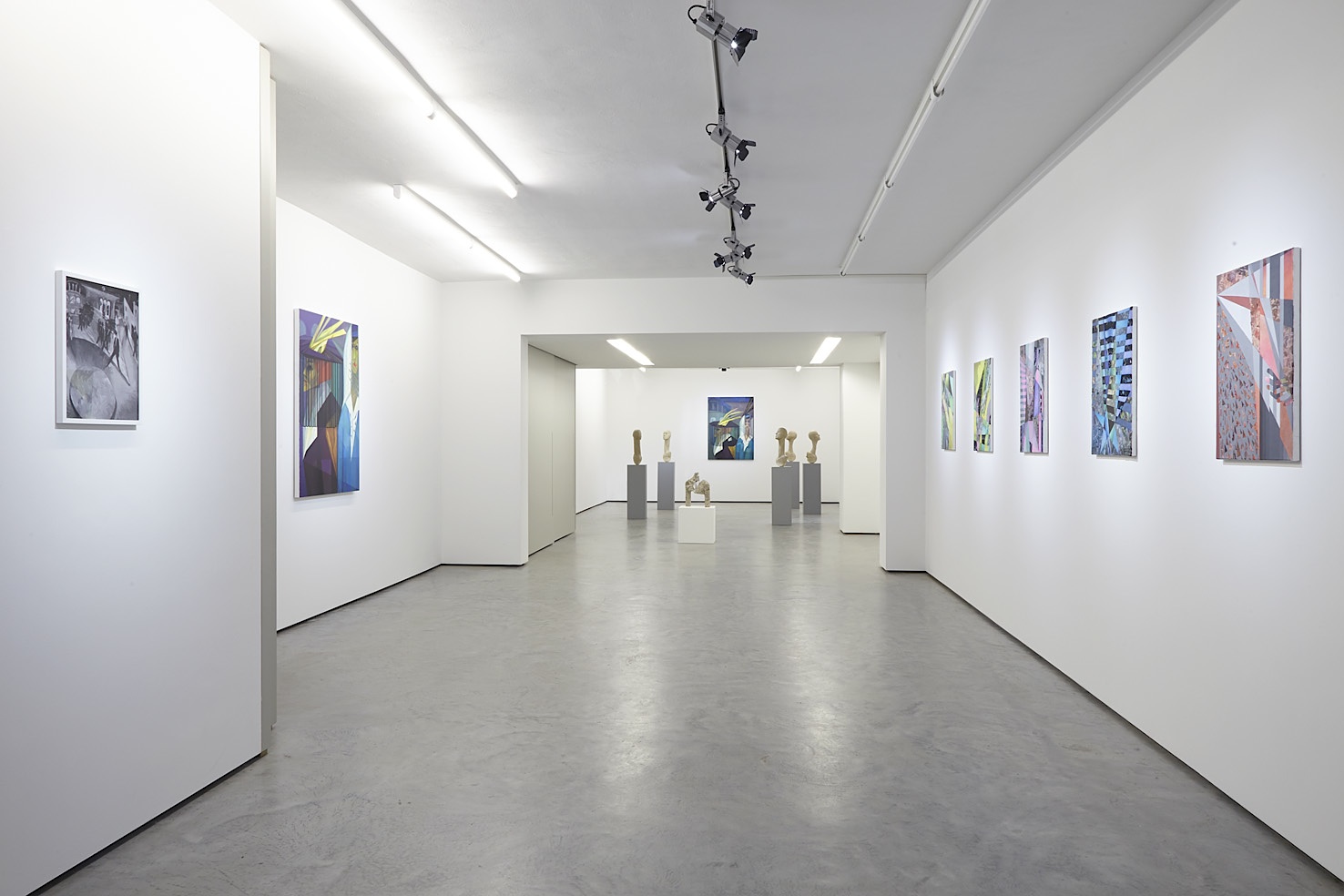 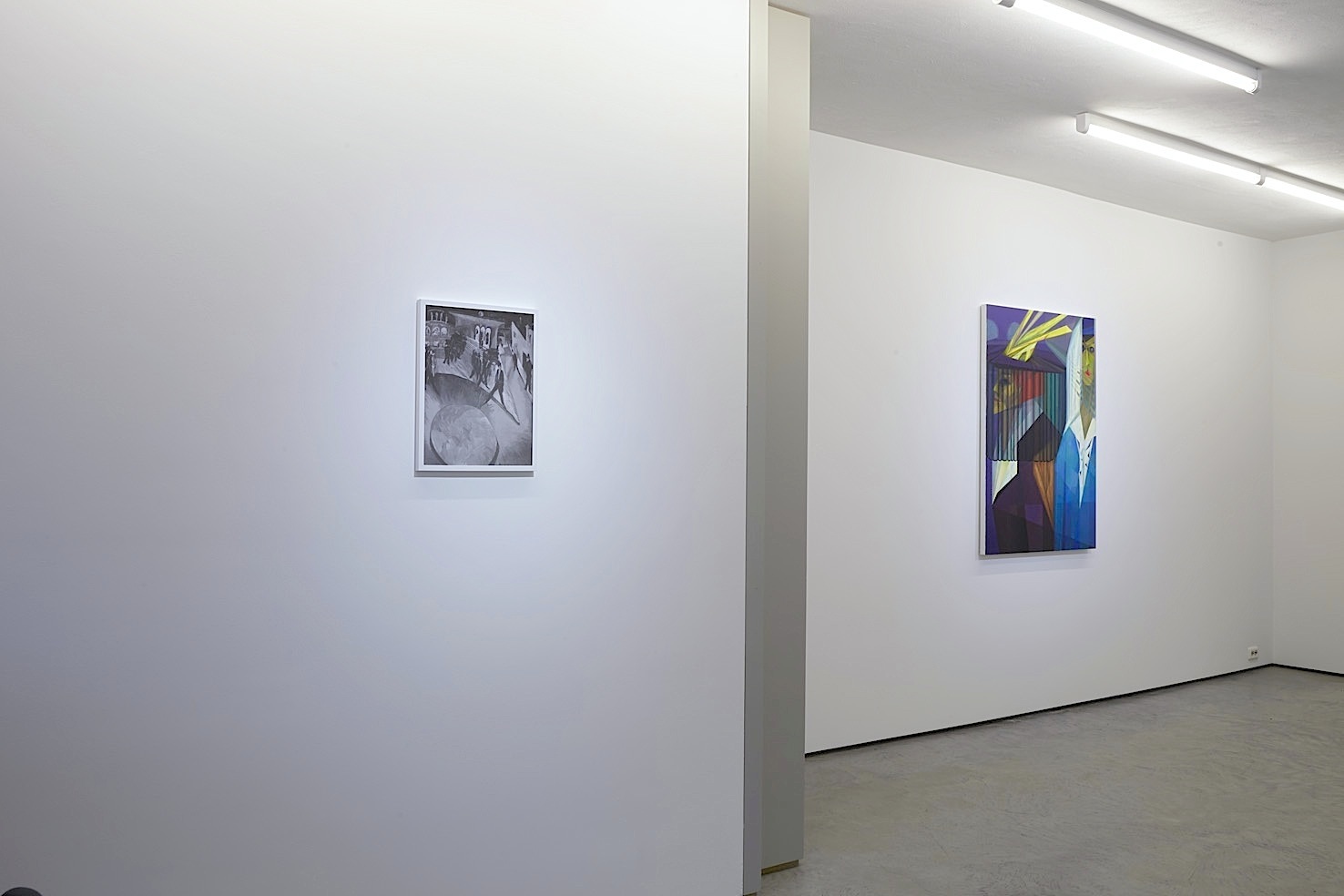 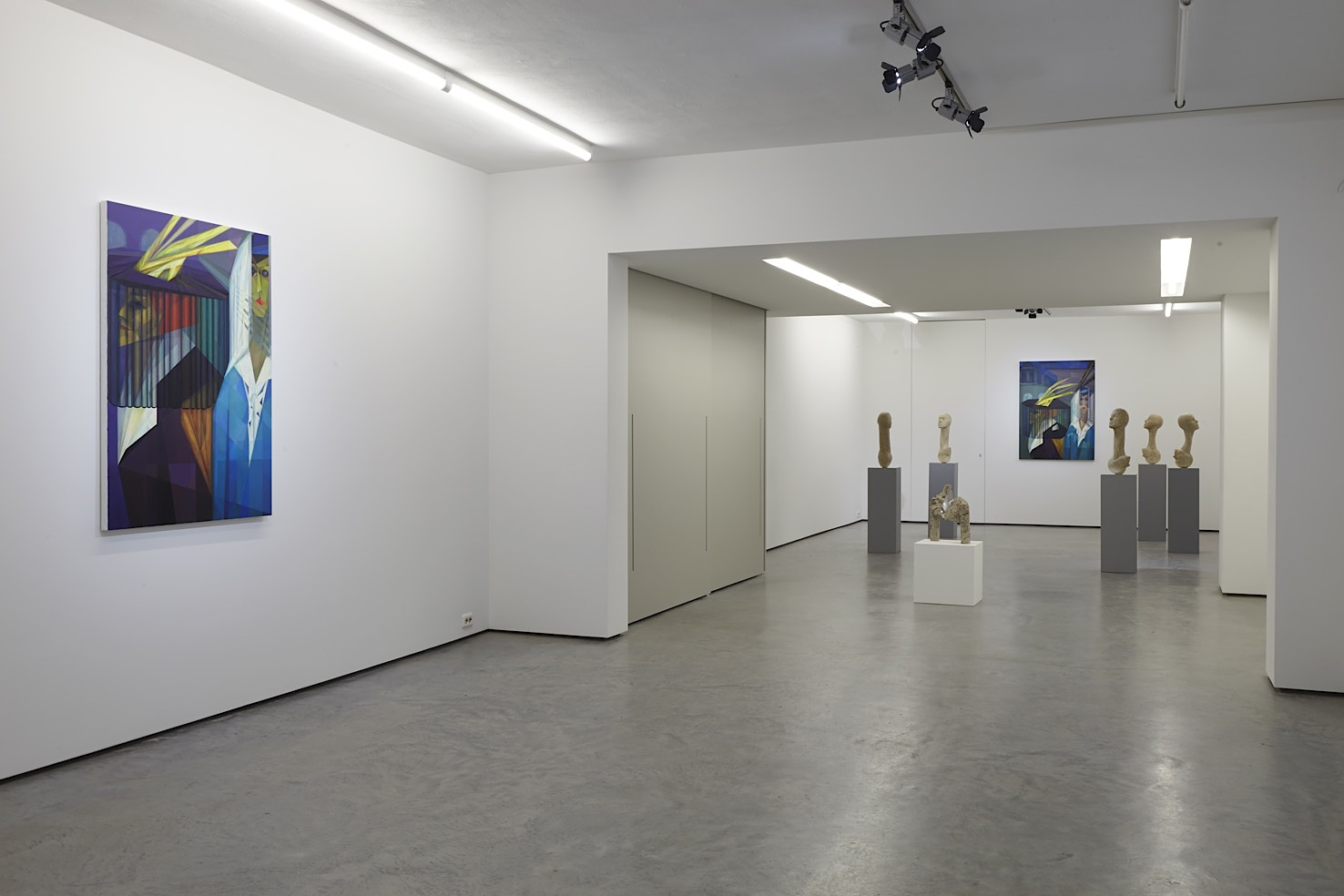 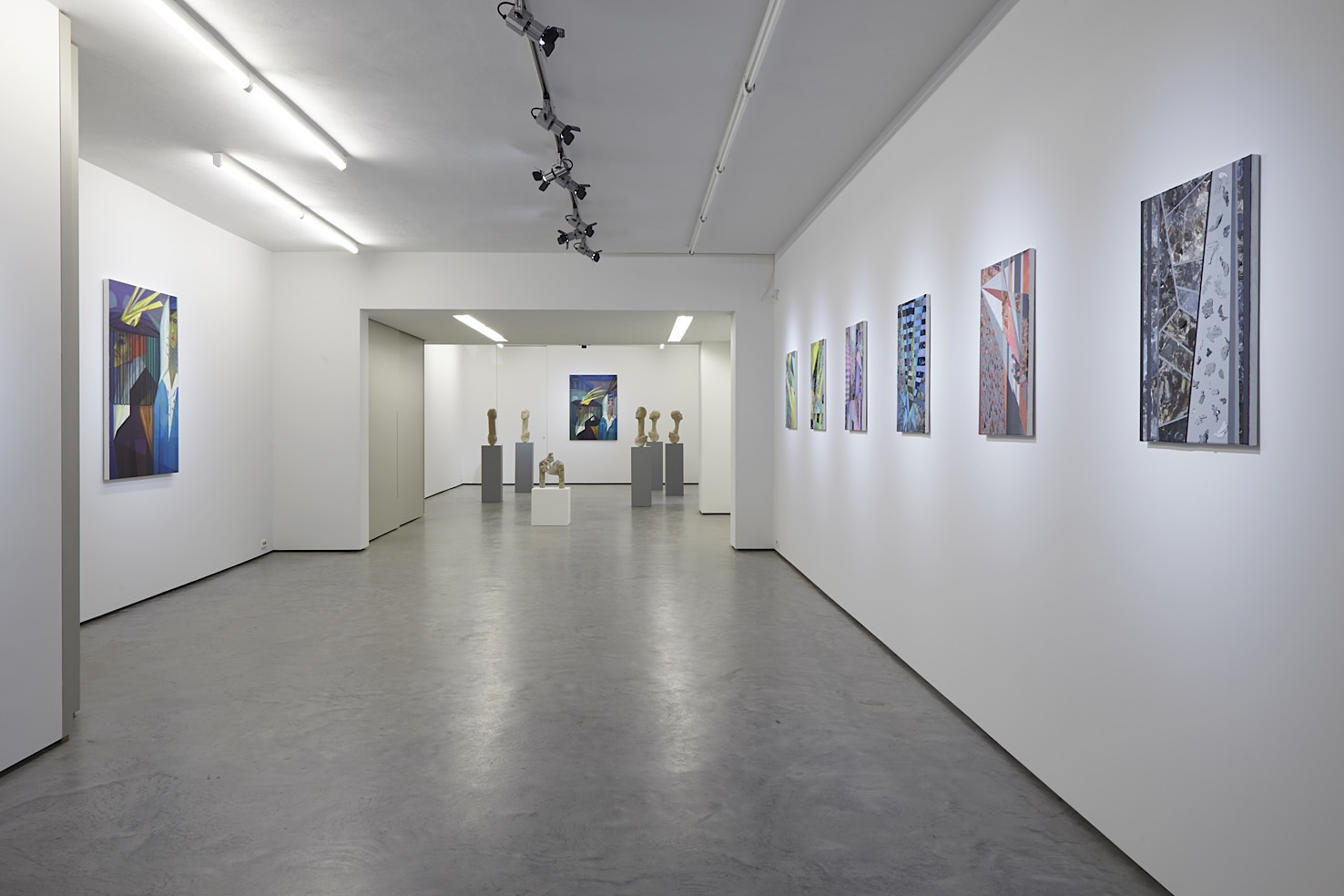 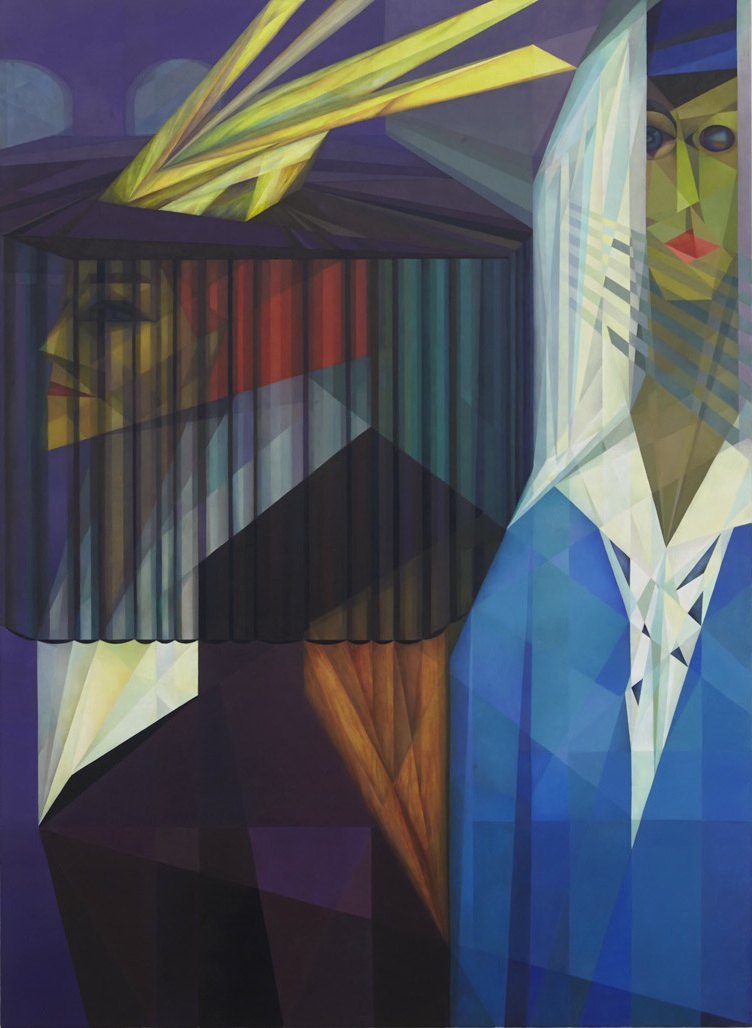 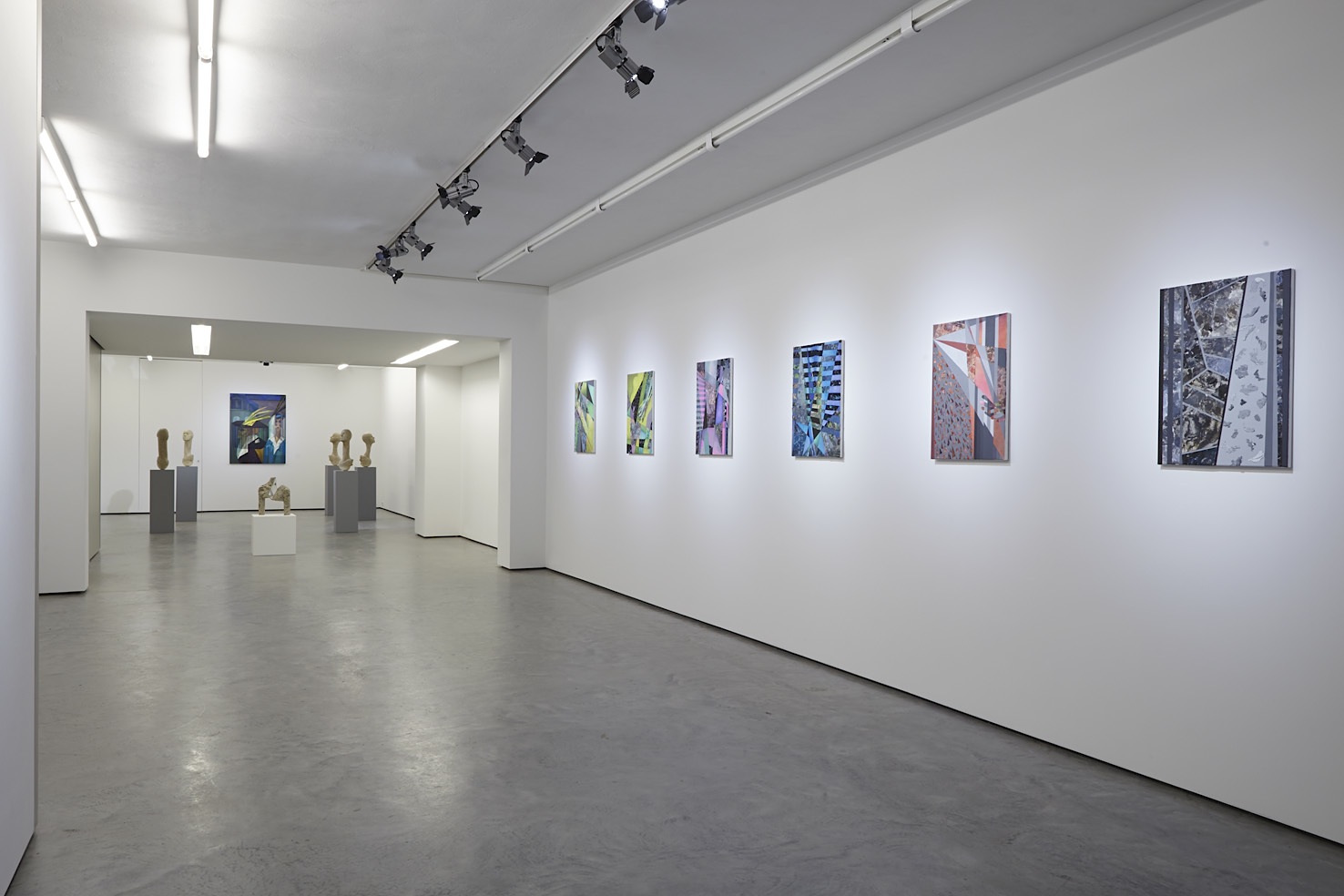 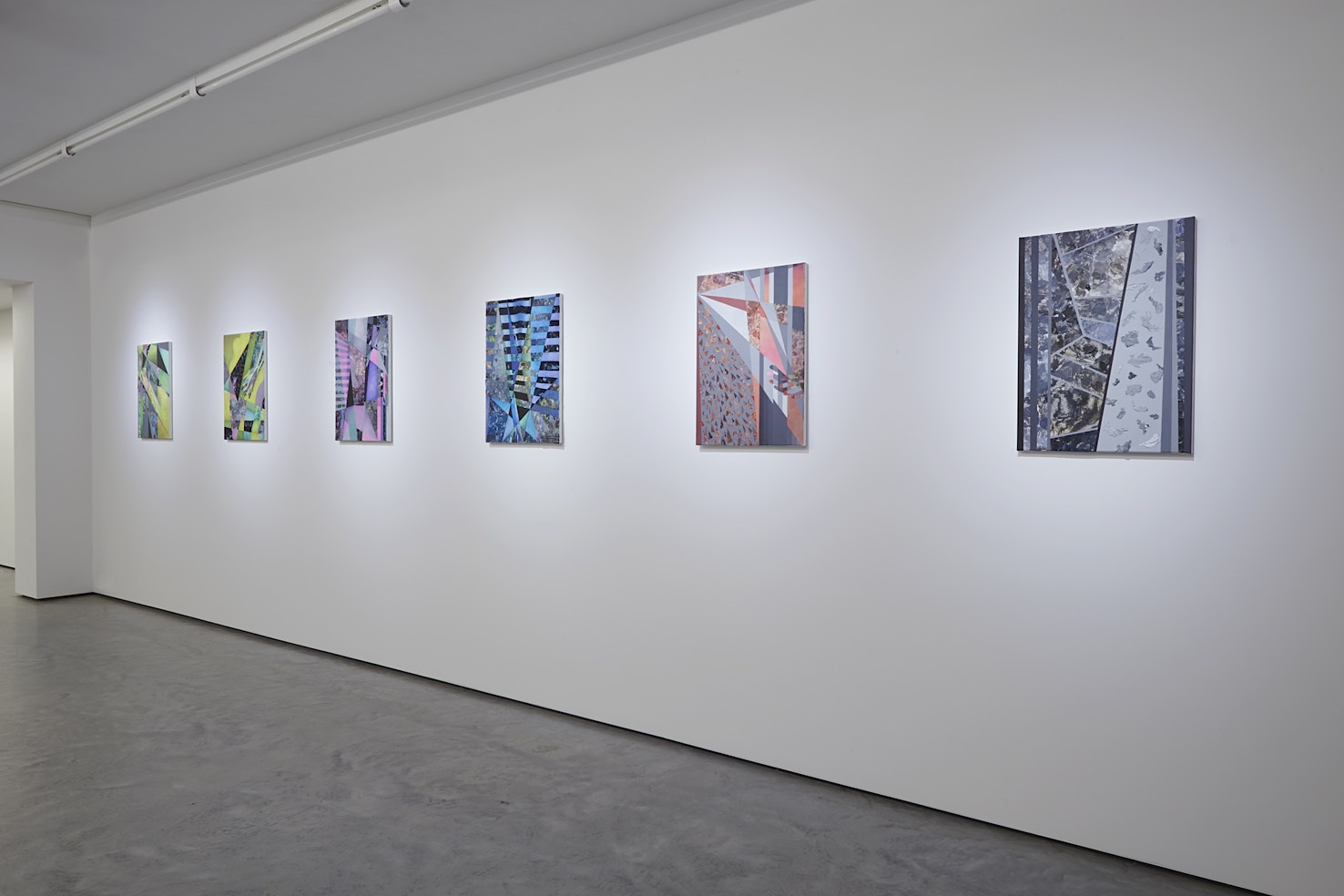 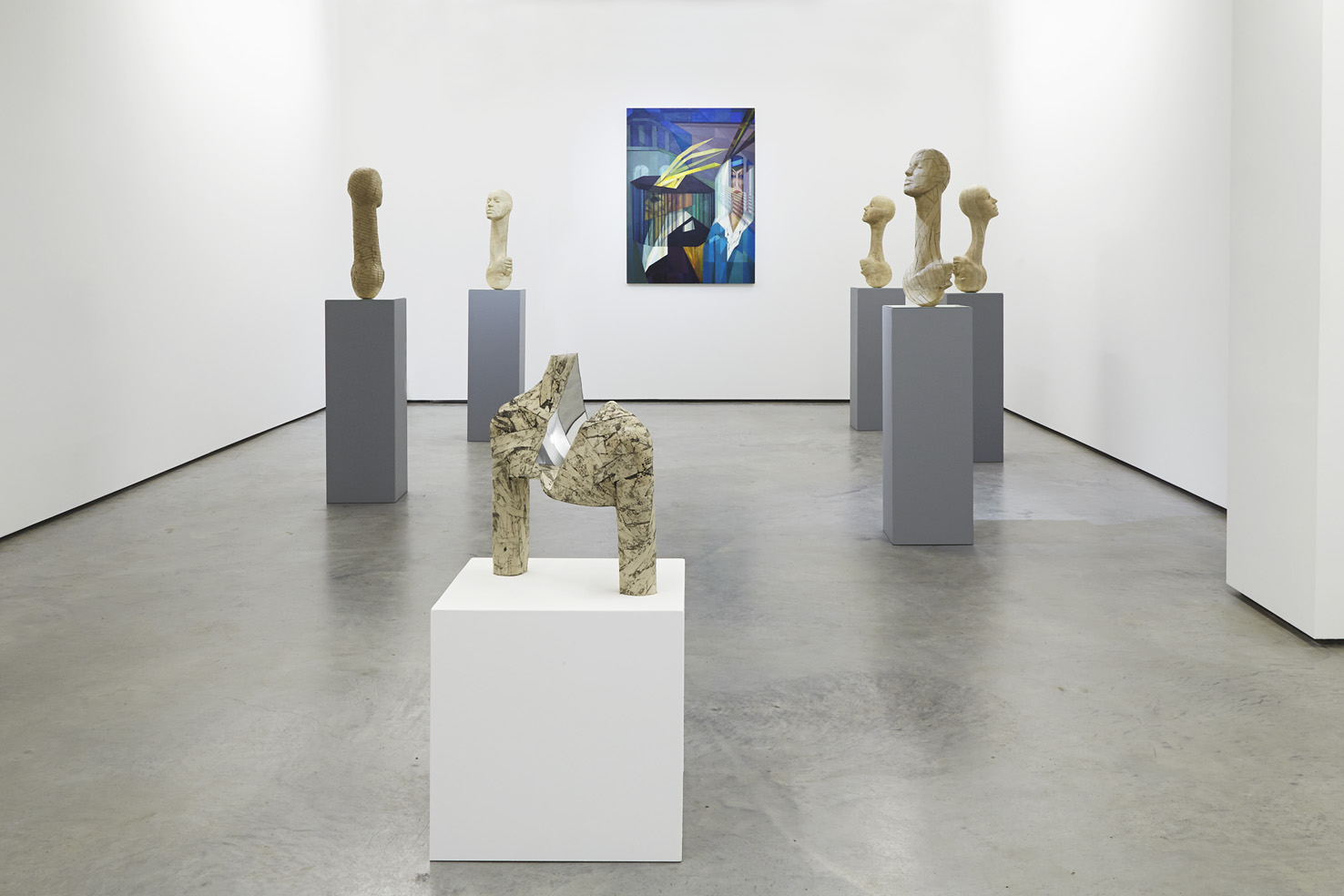 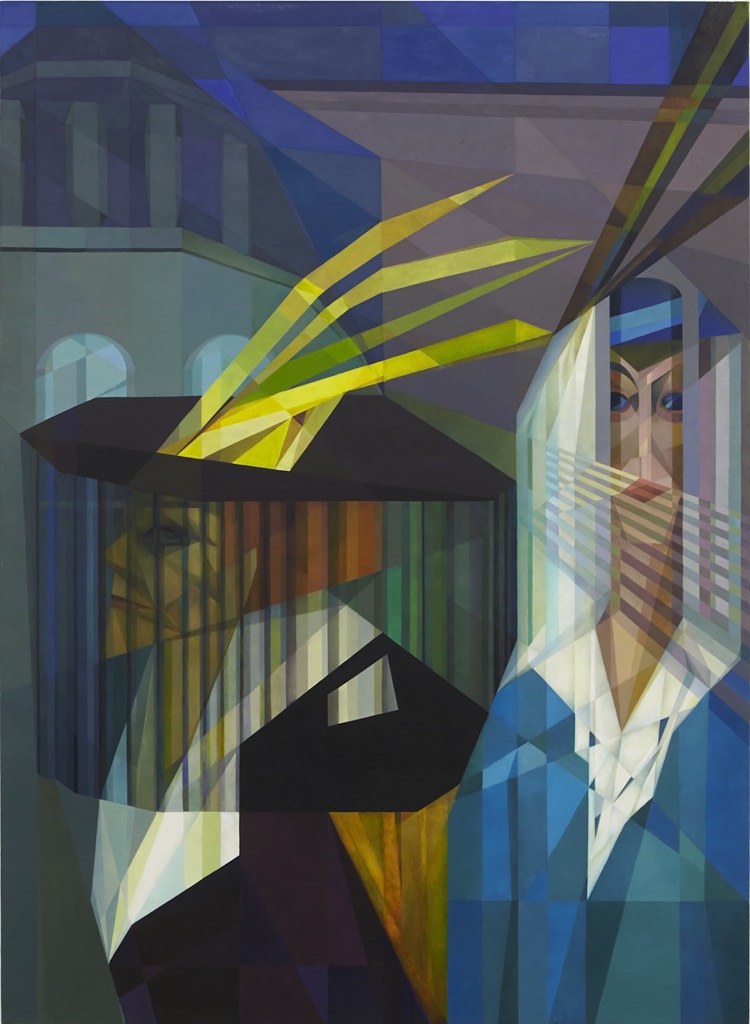 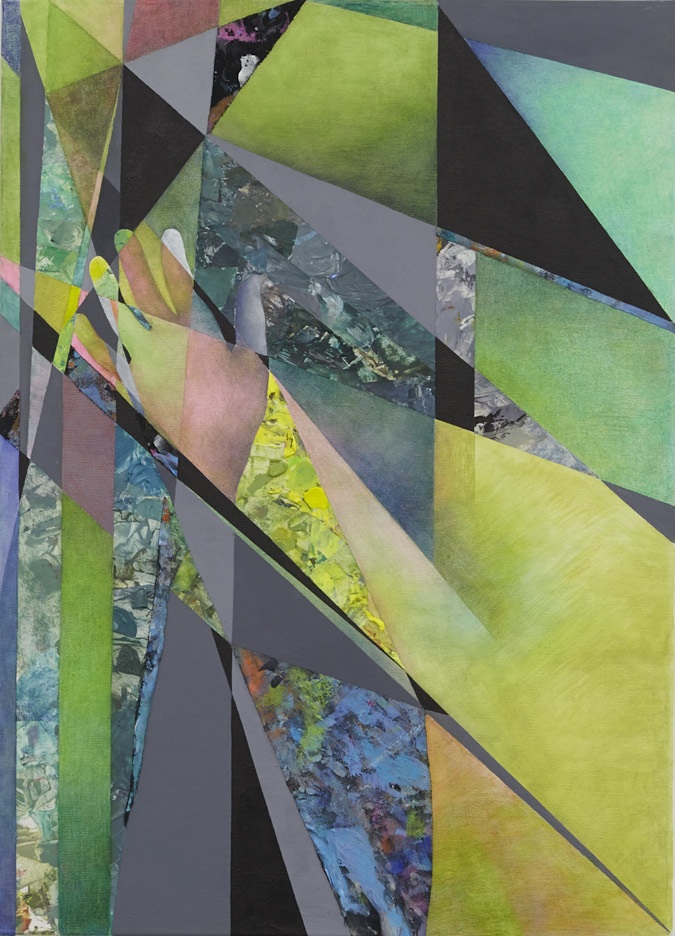 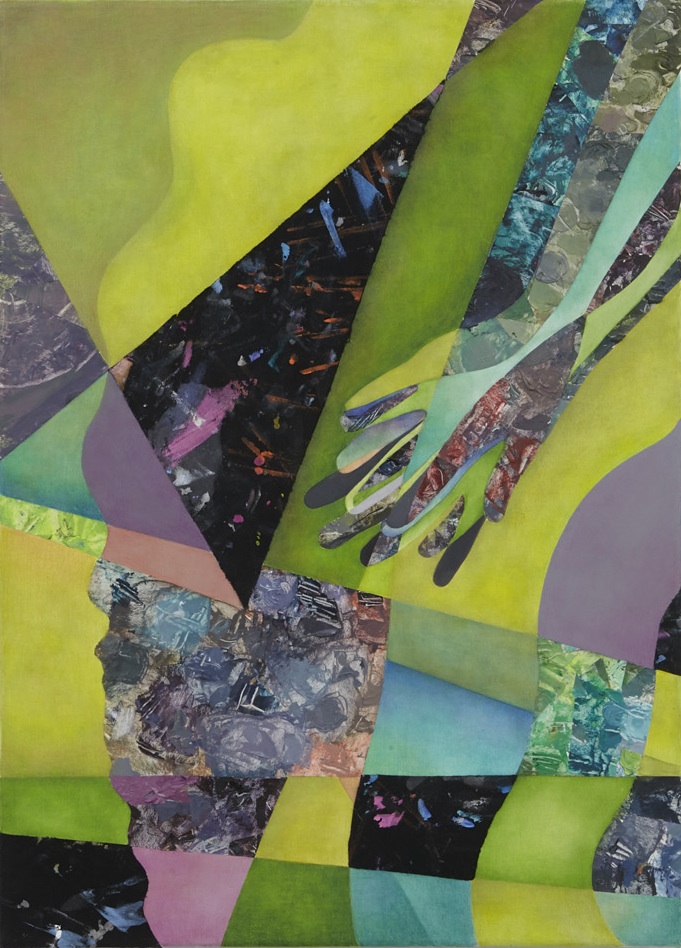 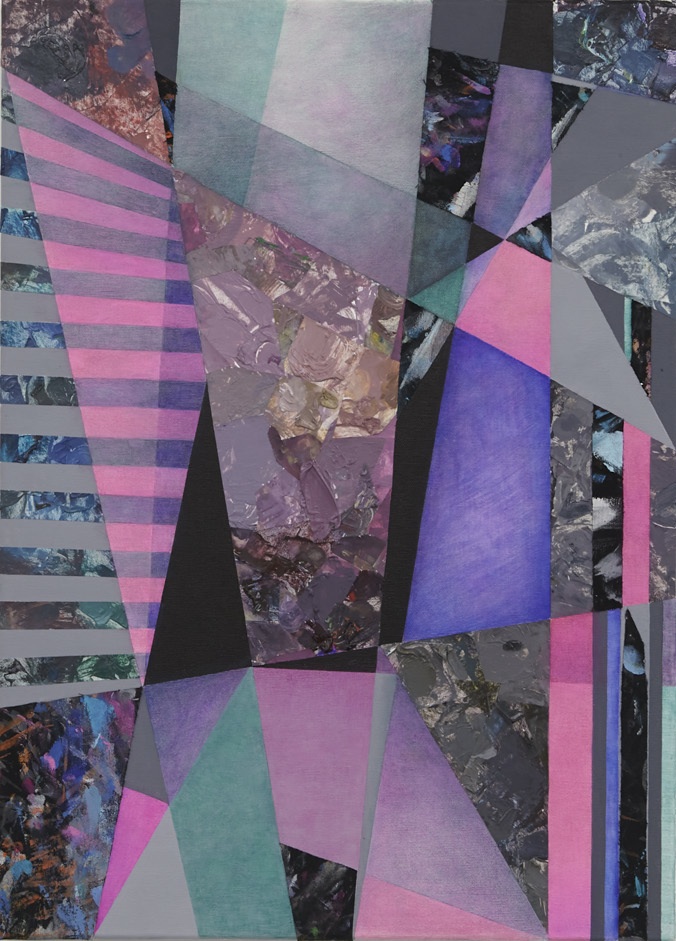 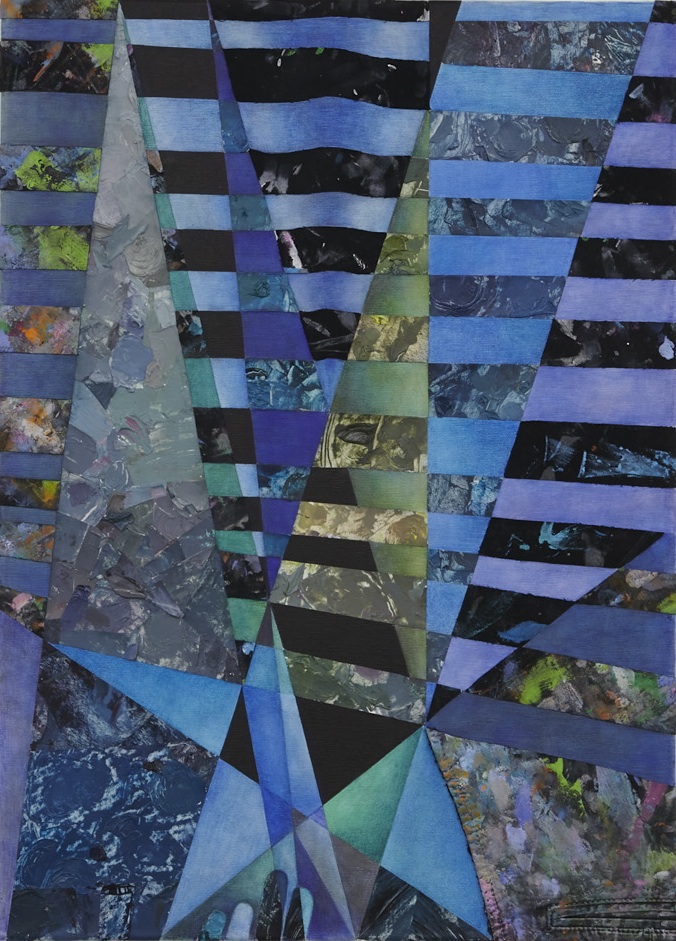 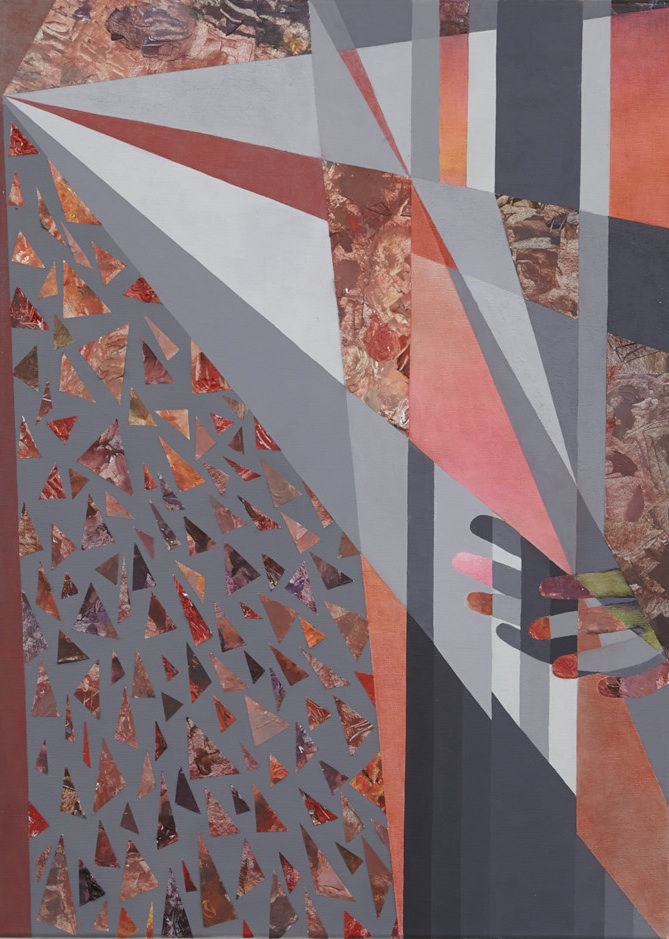 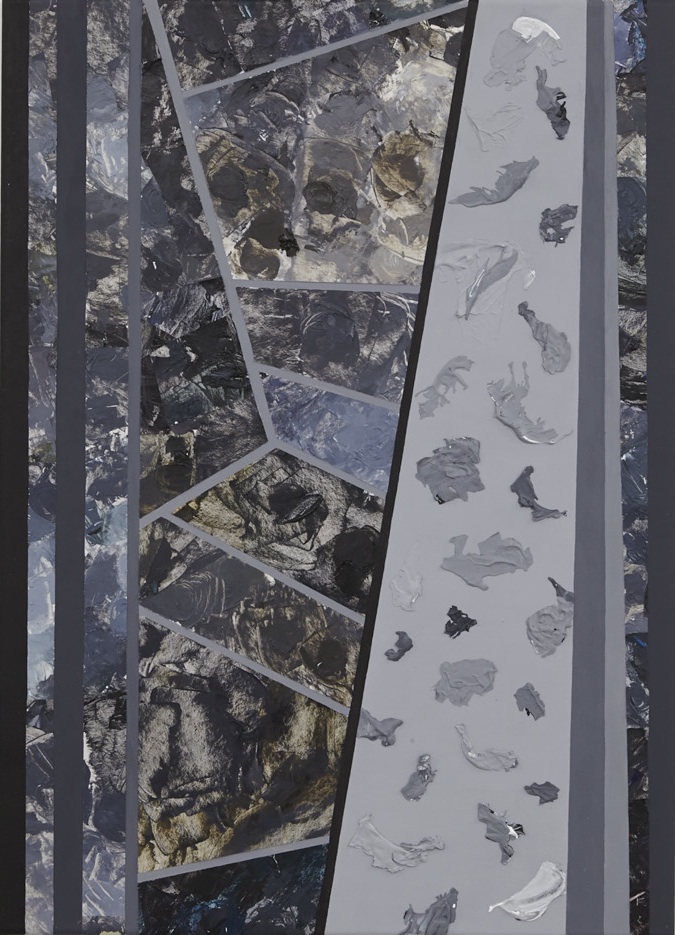 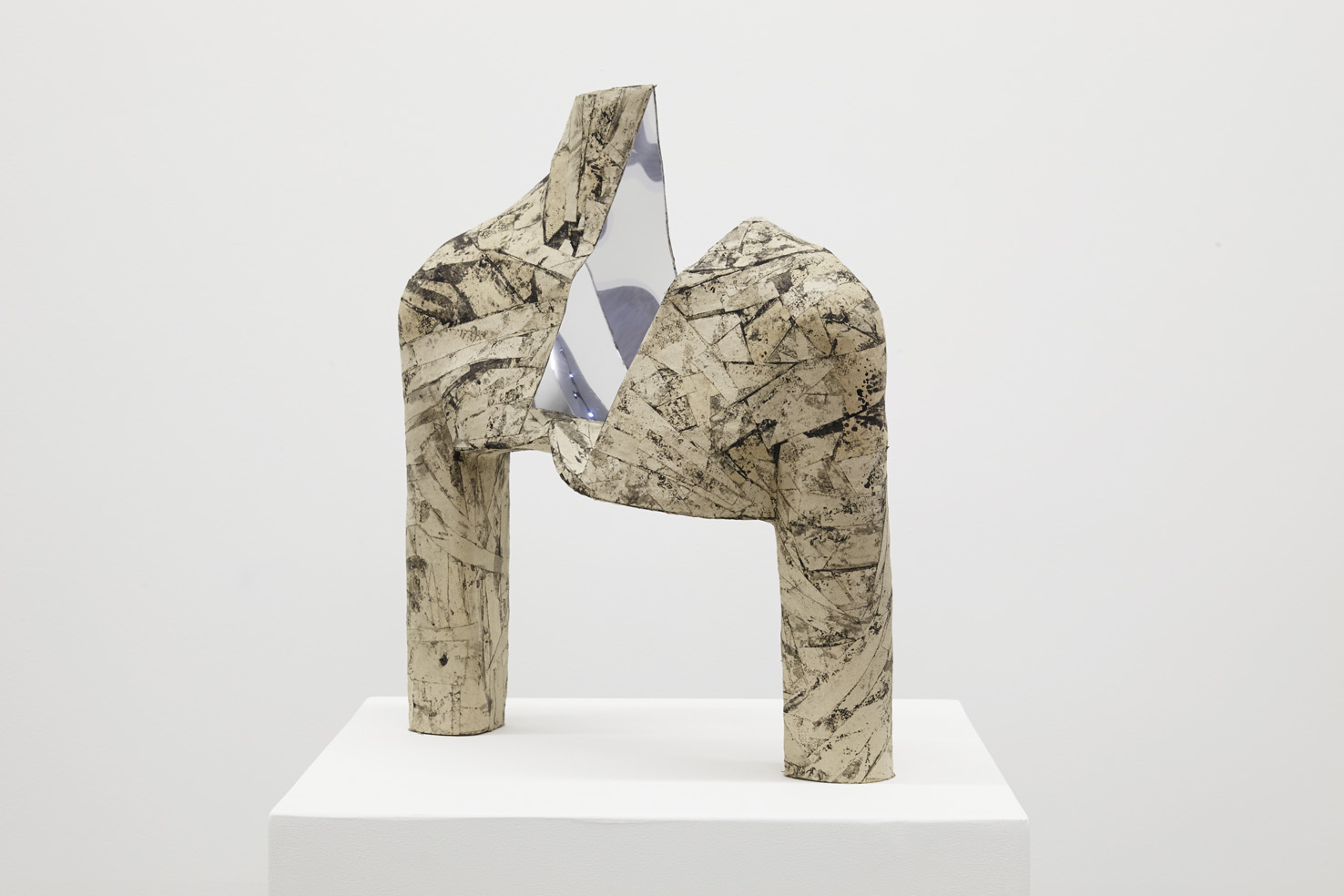 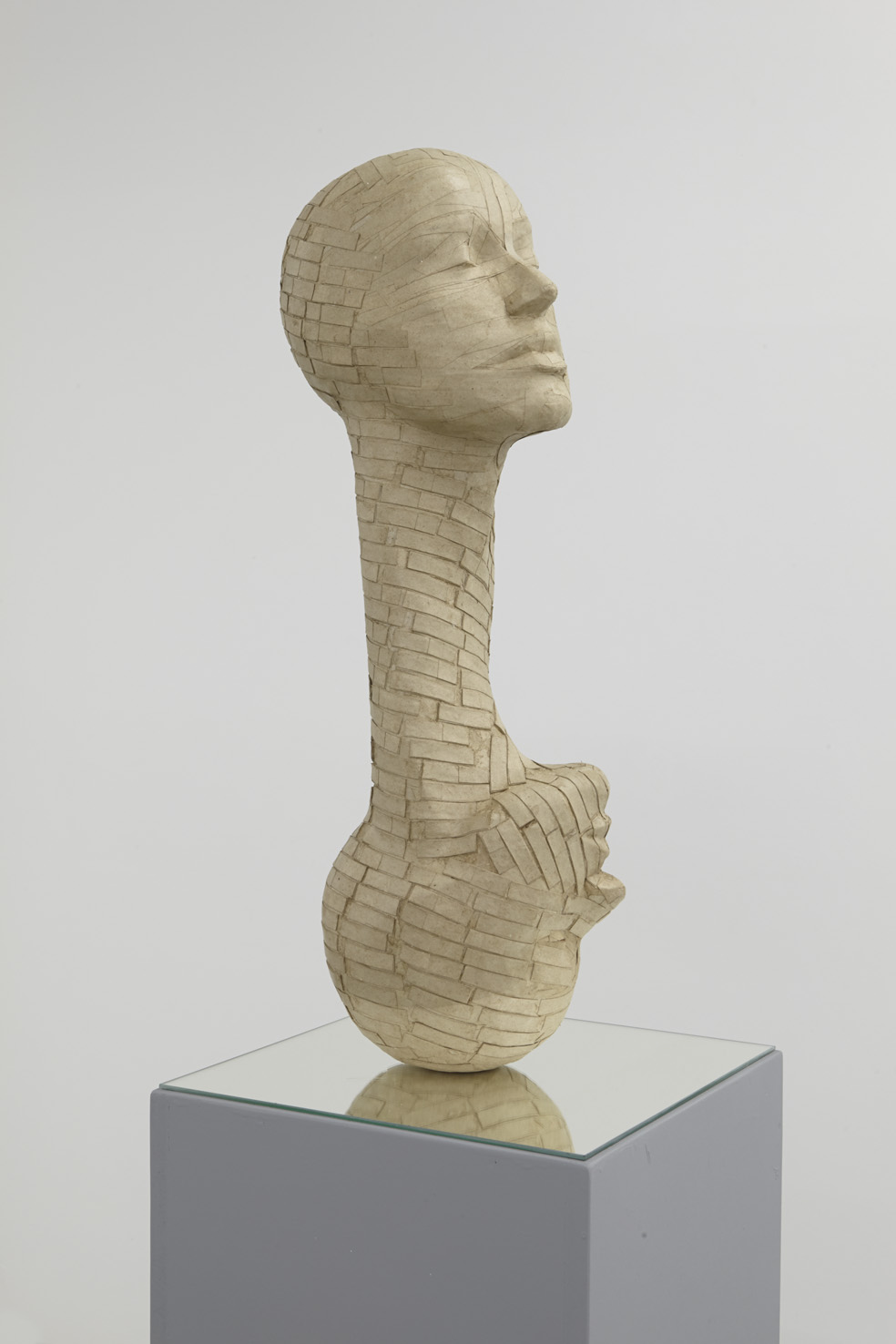 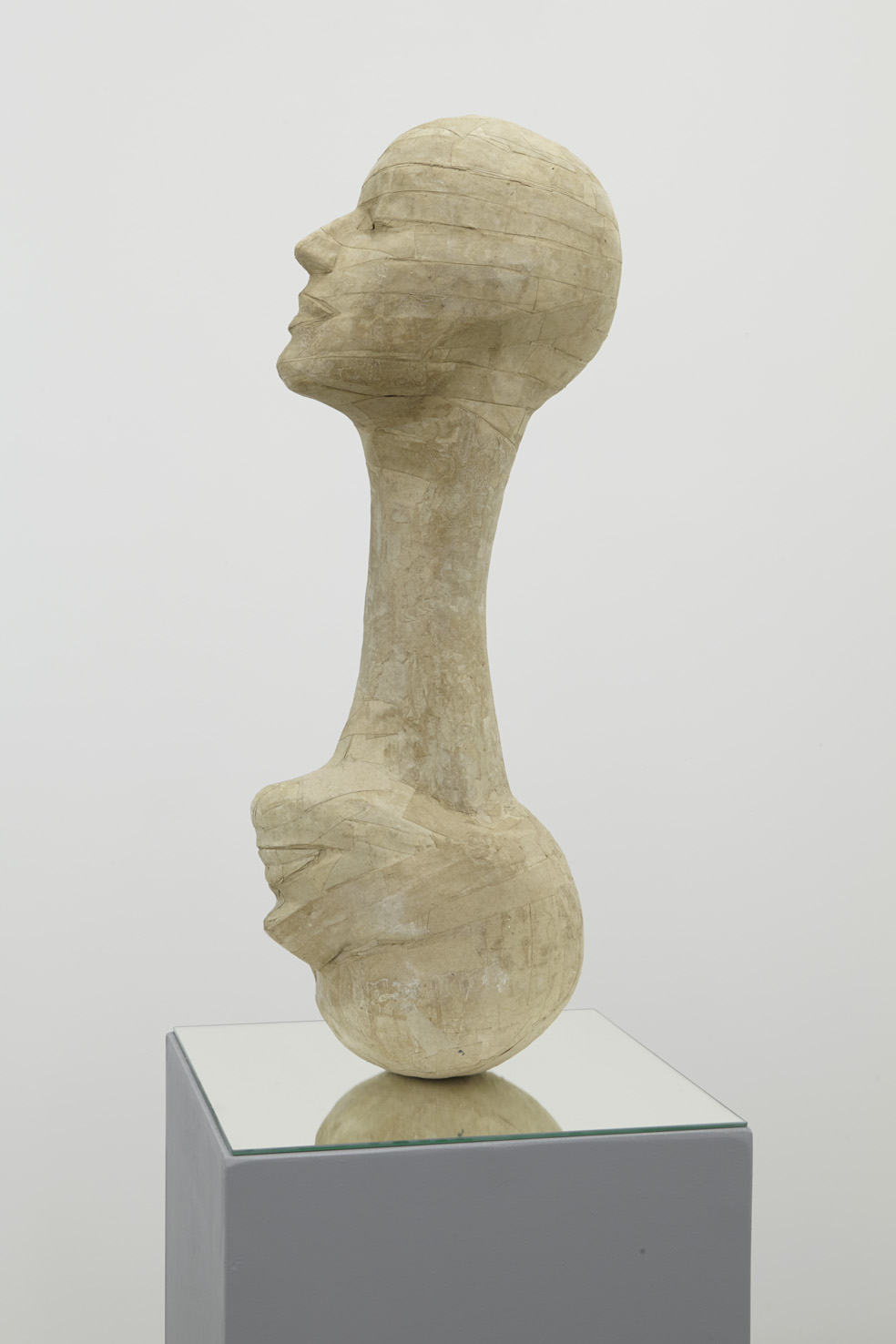 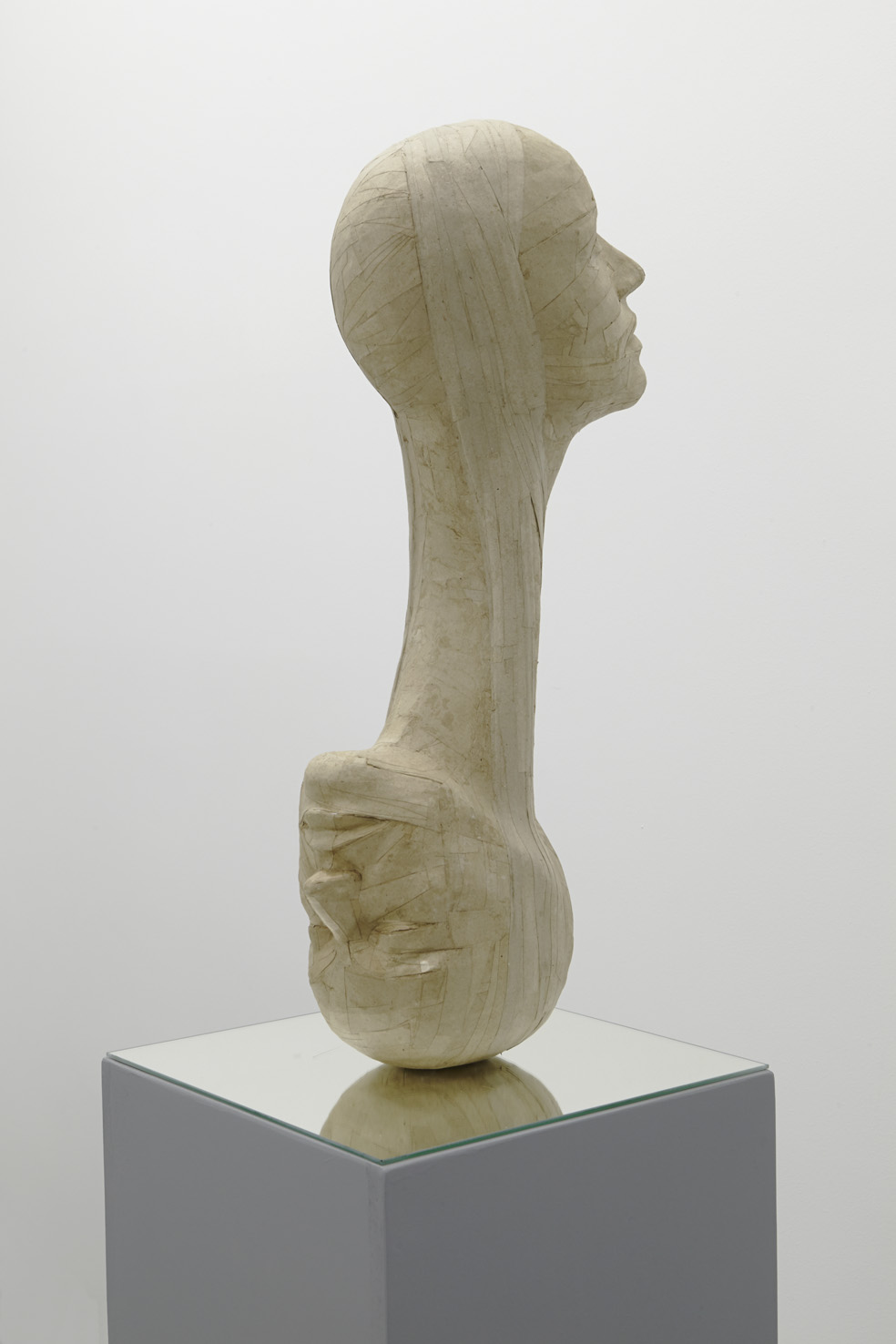 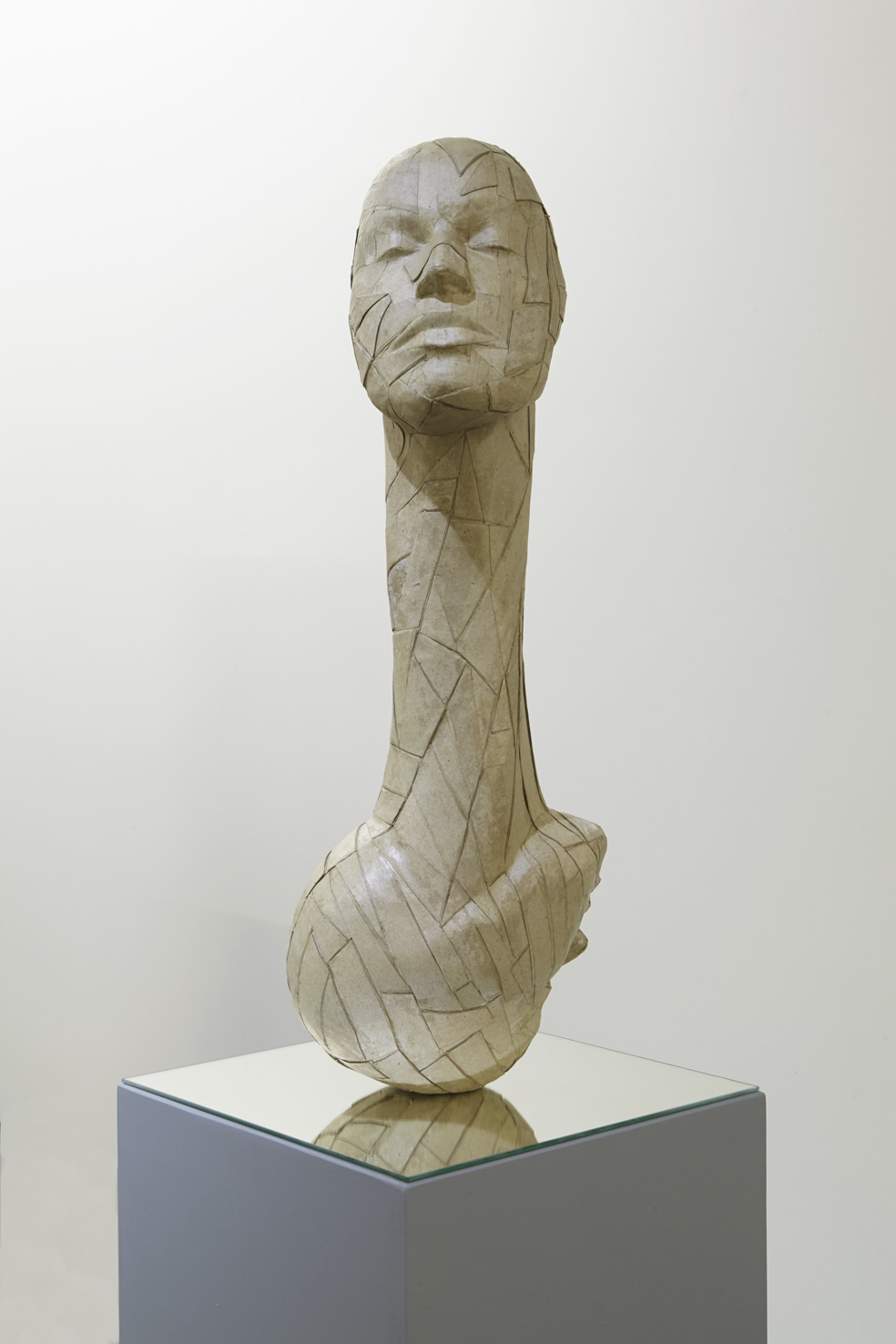 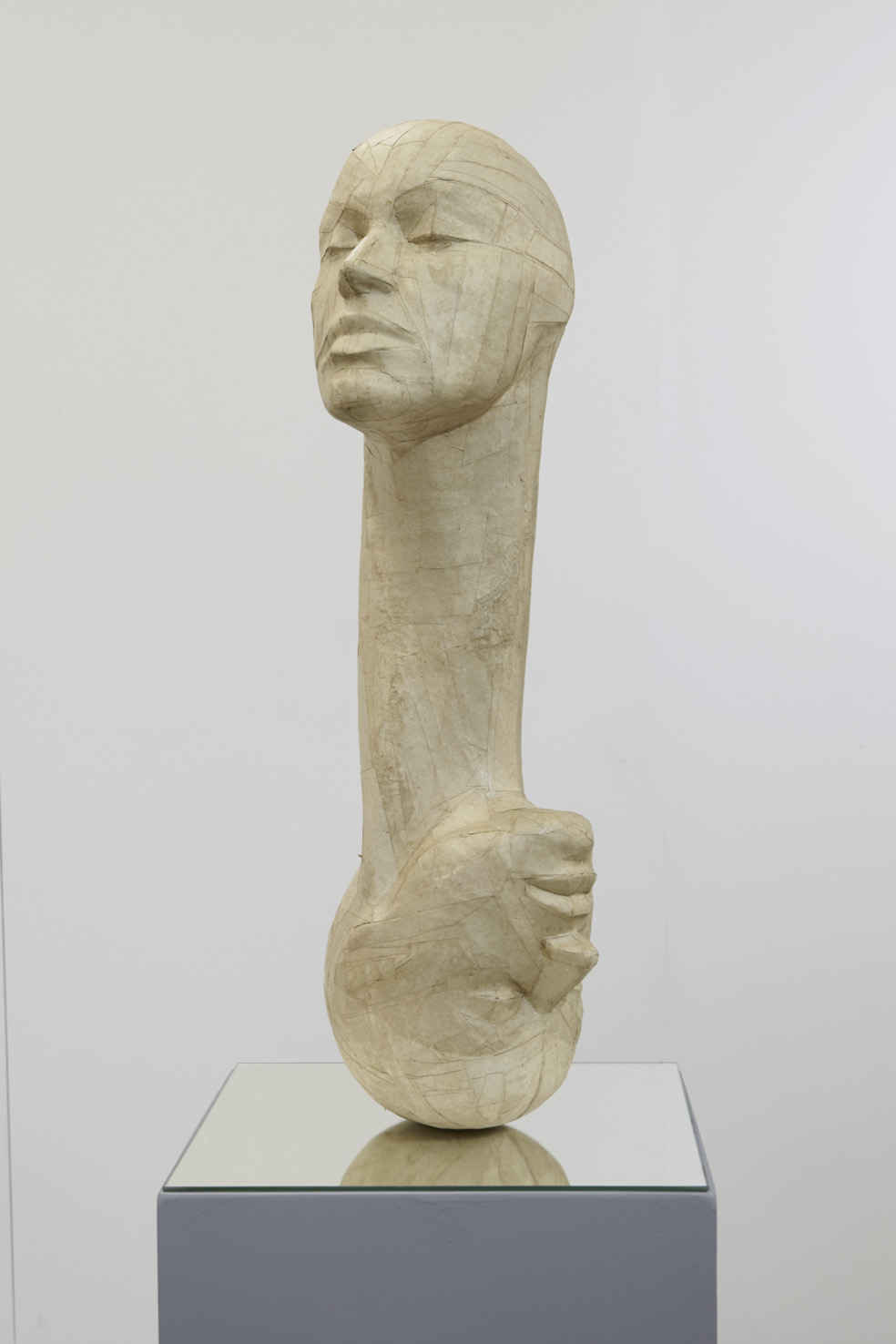 tegenboschvanvreden is pleased to announce the exhibition ‘Place’ featuring new works by Anna Ostoya and Barbara Leoniak. Ostoya exhibits two oil paintings and six mixed media compositions on canvas. Leoniak shows a series of sculptures in resin and paper. ‘Place’ is a continuation of the collaboration between these two artists that began with the exhibition ‘Disclosures’ at the Bortolami gallery in New York in 2013. The new works at tegenboschvanvreden evolve from Ostoya’s painting ‘Place’ and Leoniak’s sculpture ‘Maidens’, both shown in New York. The initial inspiration for these works was Ludwig Kirchner’s painting ‘Potzdamer Platz’ (1914), which depicts two streetwalkers in the middle of a busy intersection. The painting reflects a distinctly modern form of alienation in a world where war and money rule.

The paradoxes of contemporary alienation are the subject of the new exhibition: the collapsed sense of inside and outside; the confused sense of distance and proximity. Ostoya and Leoniak both engage in these troubled dualities. To them the title Place signals a threat and a yearning to belong to a certain space or system. It stands for a lack of integrity and safety.

In her semi-abstract works ‘Zoom 1’ and ‘Zoom 2’, Ostoya paints close-up portraits of the streetwalkers. The double rendering of the image evokes the painterly tradition of repainting significant subjects while also referring to the photographic technique of zooming in and out. In the series of compositions entitled ‘Place’, Ostoya uses leftover materials from the previous exhibition together with acrylic paints and color pencils. The outlines of a hand appear in some of the compositions. This intensifies the tactile effect.

The anthropomorphic sculptures entitled ‘Touchables’ by Barbara Leoniak depict anonymous double heads. They are made of molds using strips of cardboard soaked in resin. The sculptures are reminiscent of store mannequins and of cyberspace avatars. Small shifts in the position of their necks and in the angle of their heads, together with variations in the texture of the surface, lend a personal aspect to each piece. A headless torso, another sculpture presented by Leoniak, underlines an uncanny sense of lost identity.

The works in ‘Place’ can be regarded as autonomous paintings and sculptures, but they can also be seen collectively, as an installation. The installation, with dim lighting and spotlights, conveys an atmosphere of the intangible.

Although Leoniak was Ostoya’s first artistic mentor, the exhibition presents this relationship as being polymorphous and nonhierarchical. Just as their appropriation of modern art gives greater emphasis to recurrence than to innovation, their dialogue stresses artistic communication rather than competition. Their work presents the history of art as a conversation, not a monologue.

Anna Ostoya is an artist living in New York. She graduated from the Whitney Independent Study Program in 2009. Her work has appeared in Manifesta 7, Rovereto, the 2nd Athens Biennial, and in other exhibitions internationally. Ostoya’s recent shows include New Photography 2013 at the Museum of Modern Art in New York and Transpositions at La Kunstahalle Mulhouse. This is the second exhibition of the artist at the tegenboschvanvreden gallery.

Barbara Leoniak is an artist living in Cracow. She graduated from the Academy of Fine Arts there in 1977. Her work was shown internationally in the 1980’s. She received a golden leaf medal in 1985 and a silver metal in 1990 at the Winter Sculpture Salon in Warsaw.