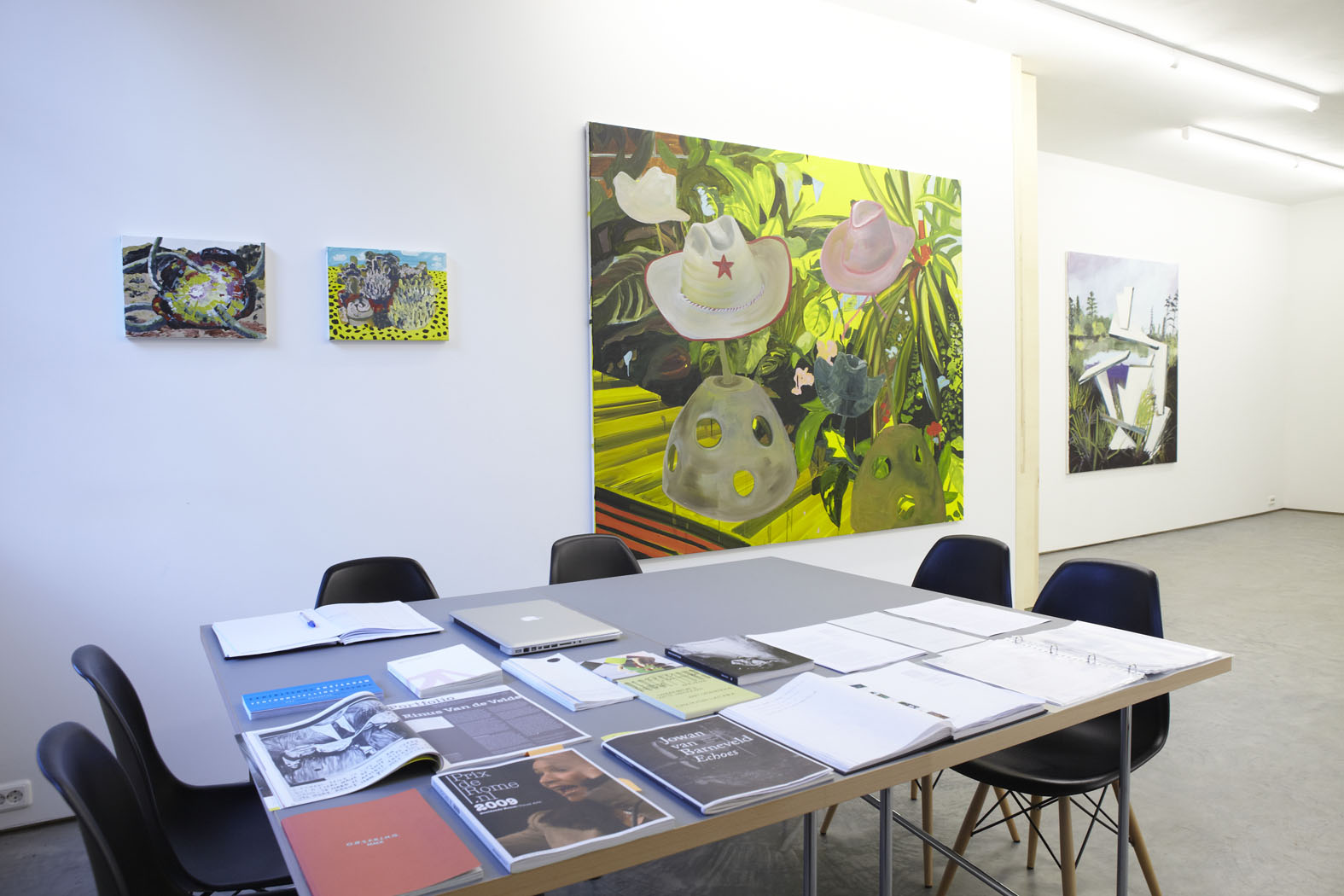 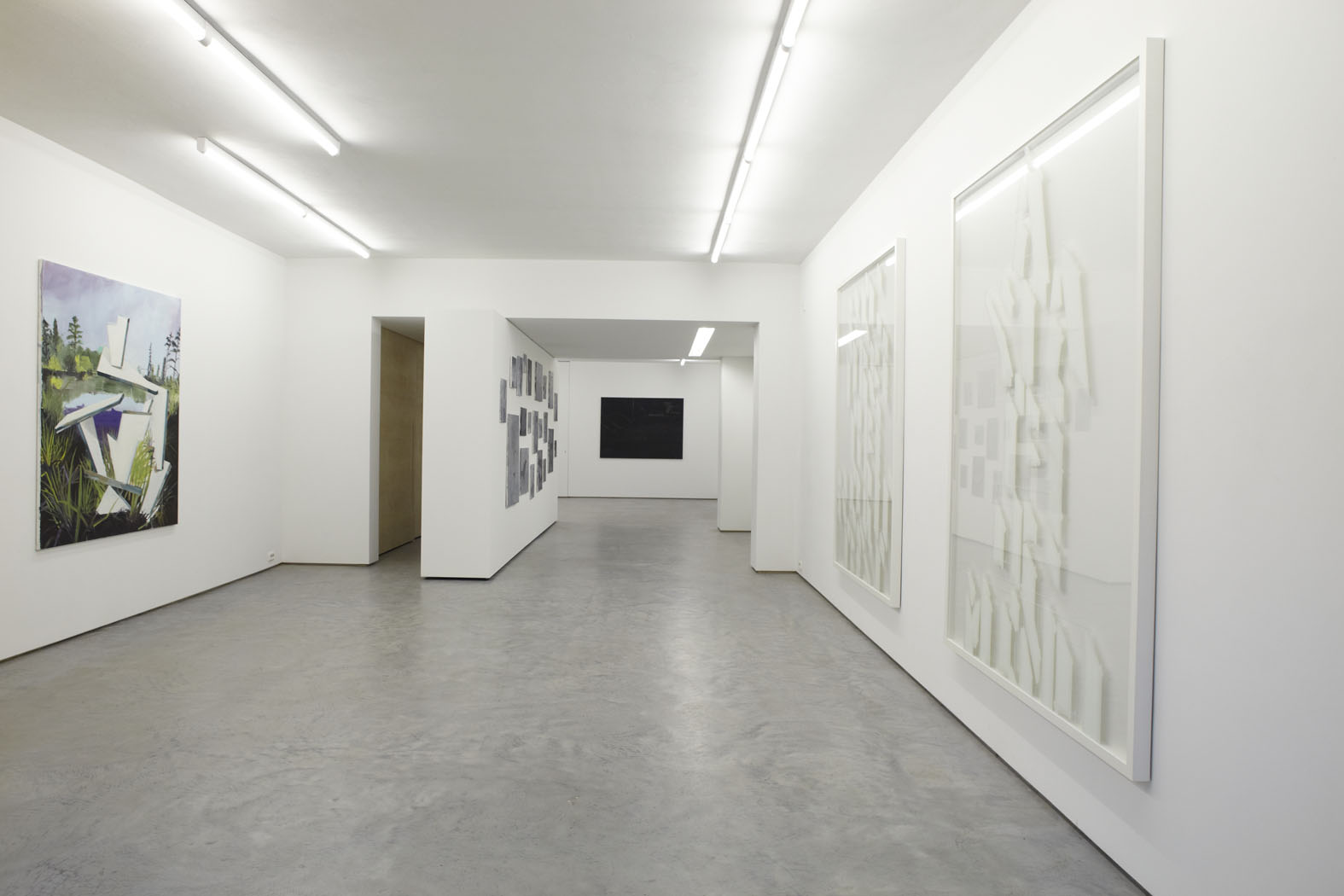 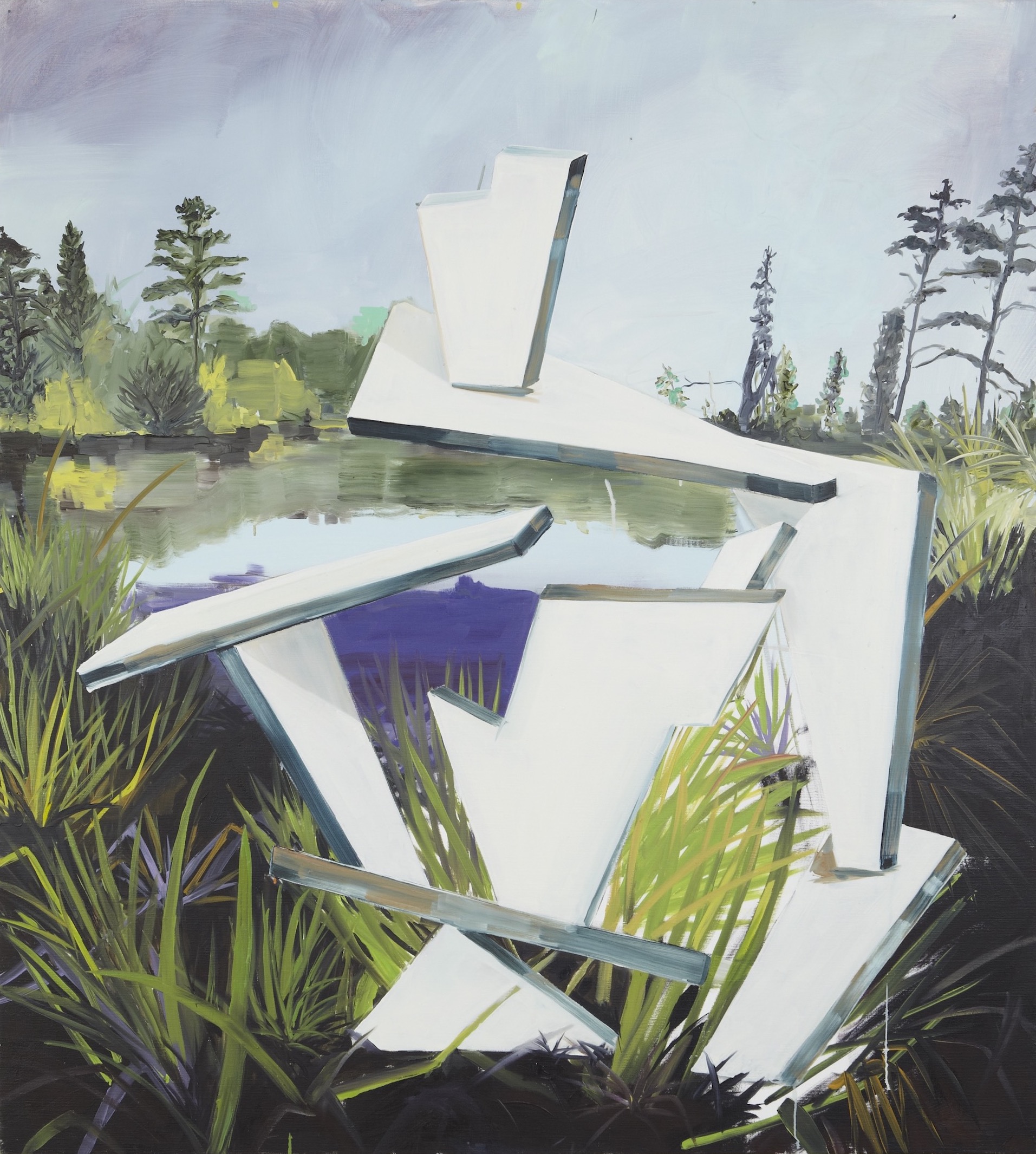 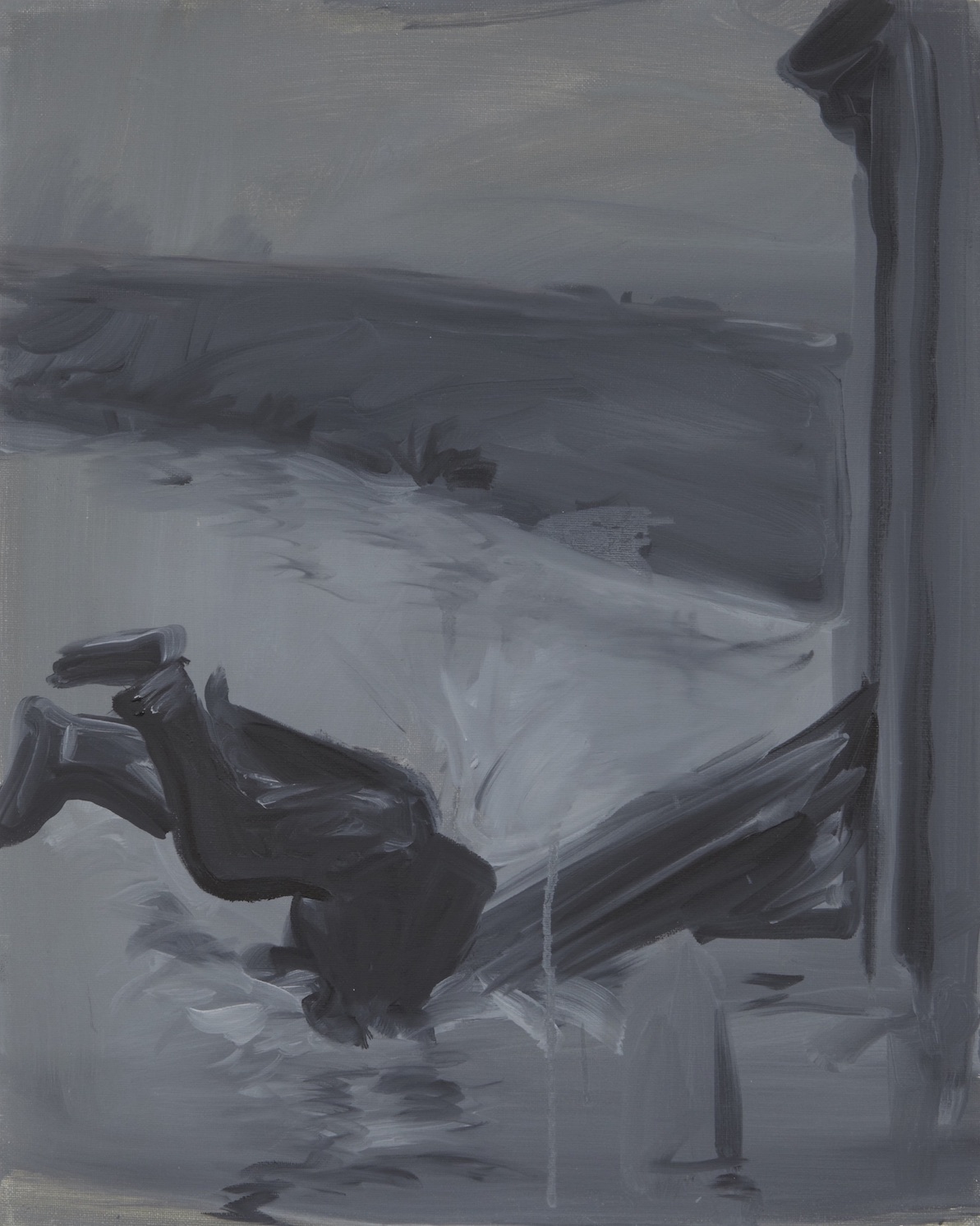 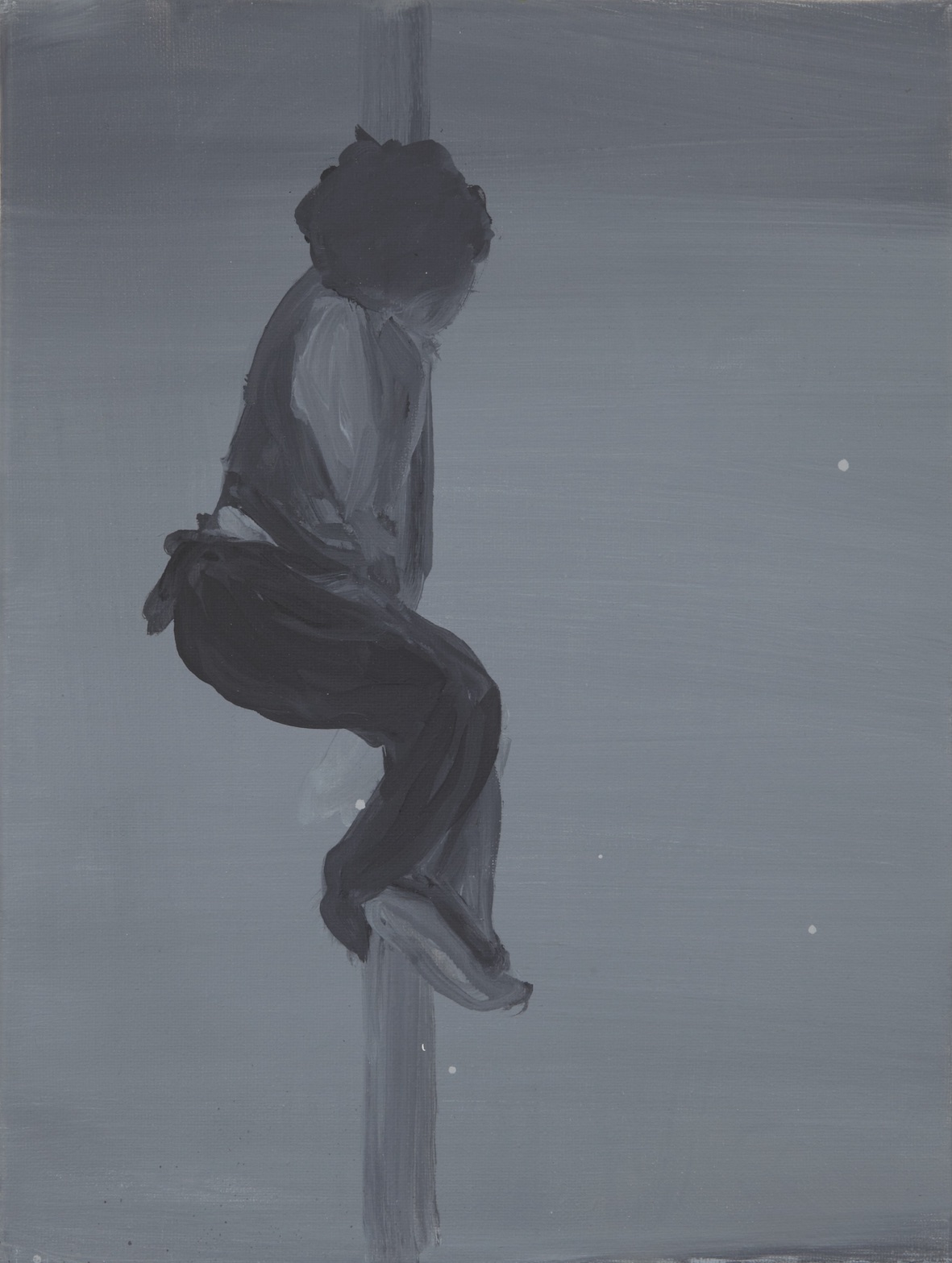 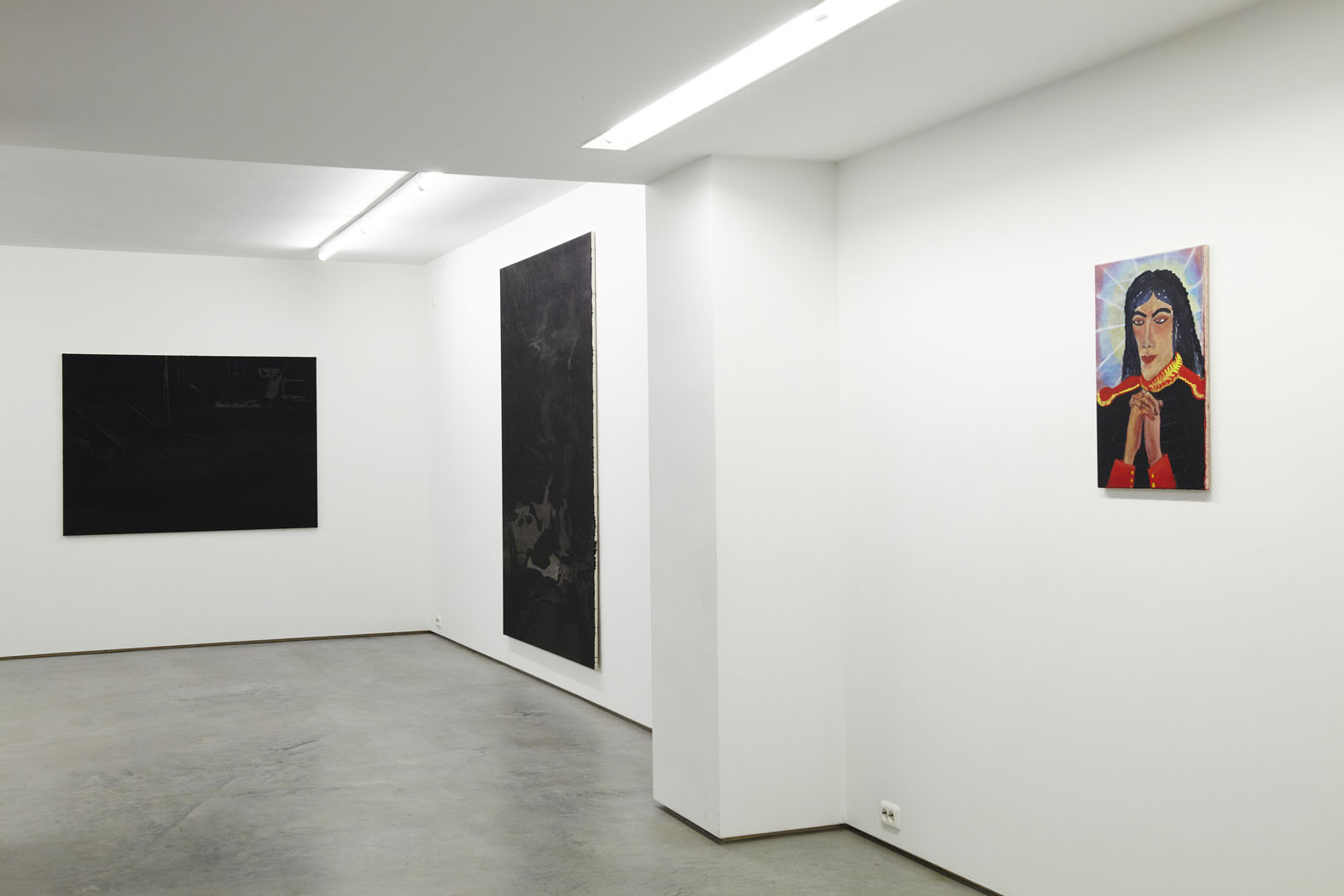 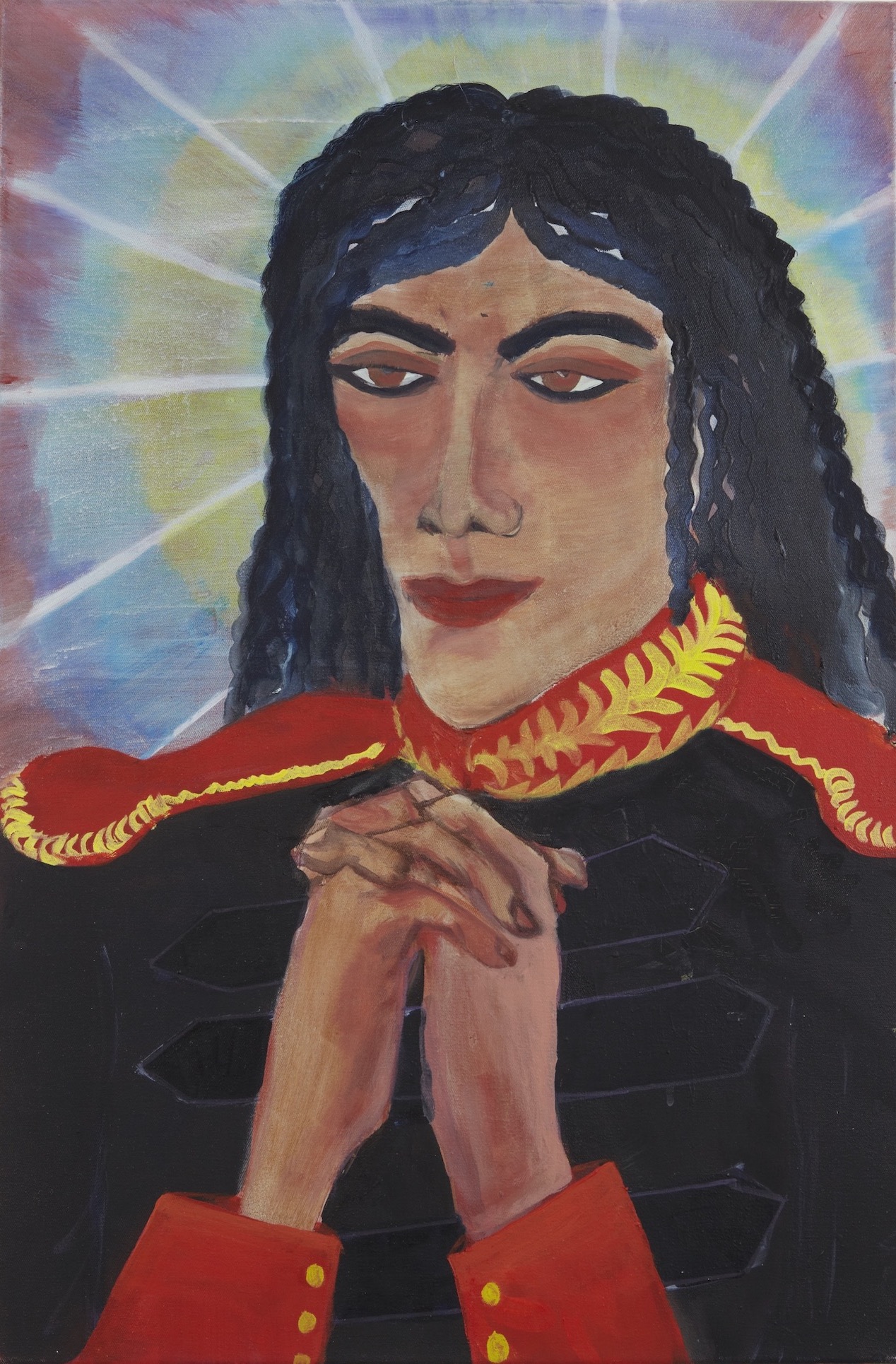 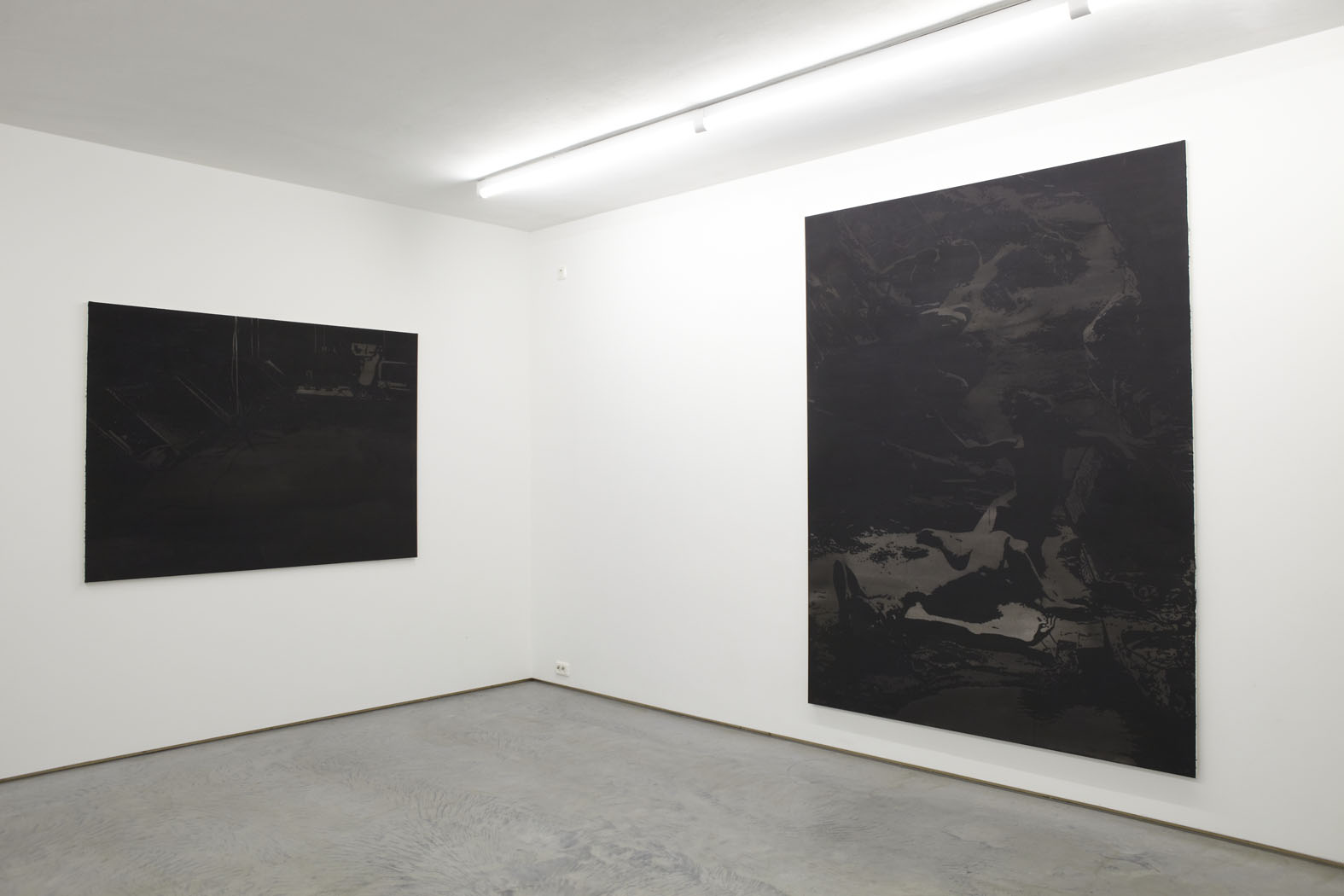 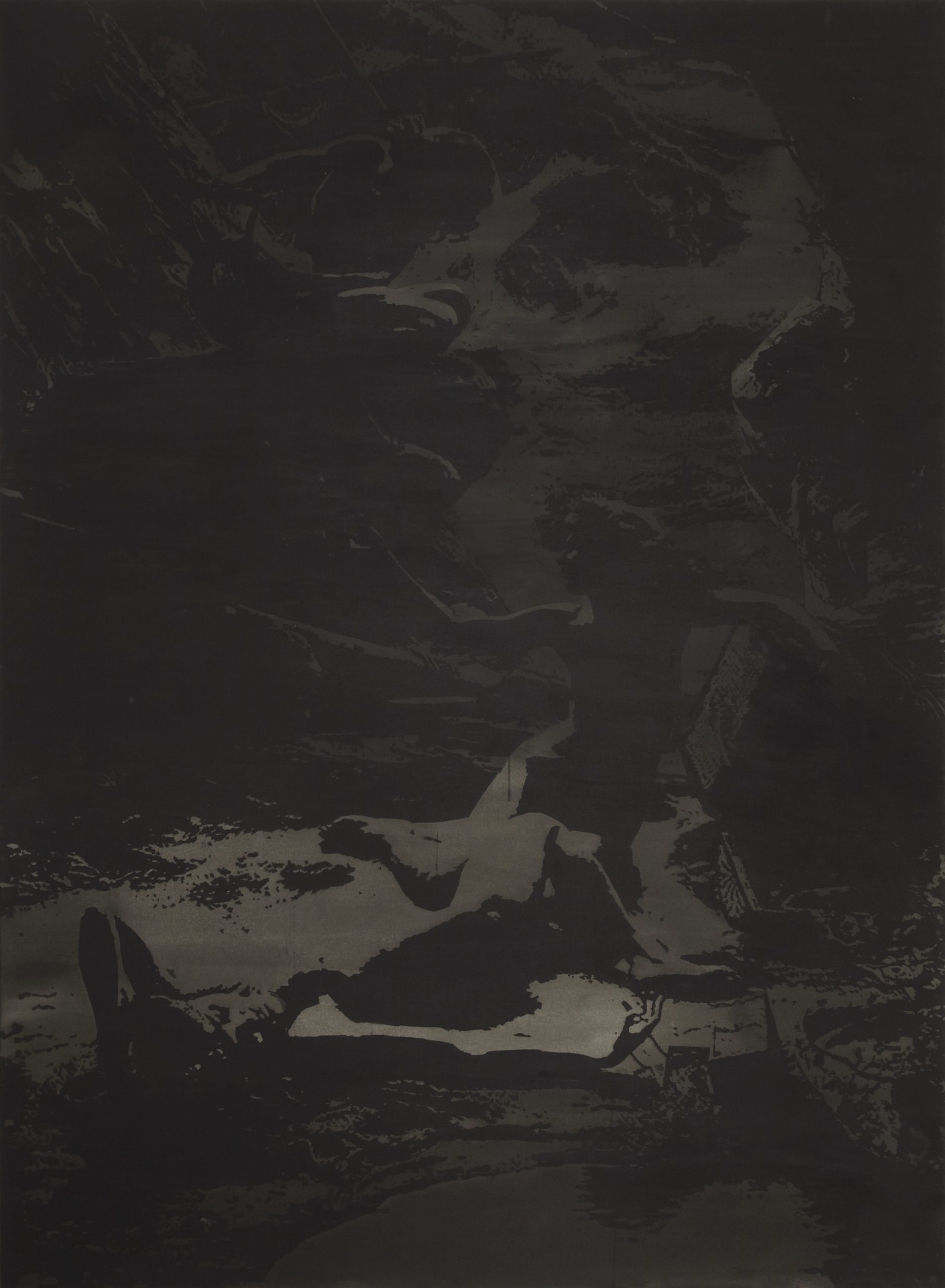 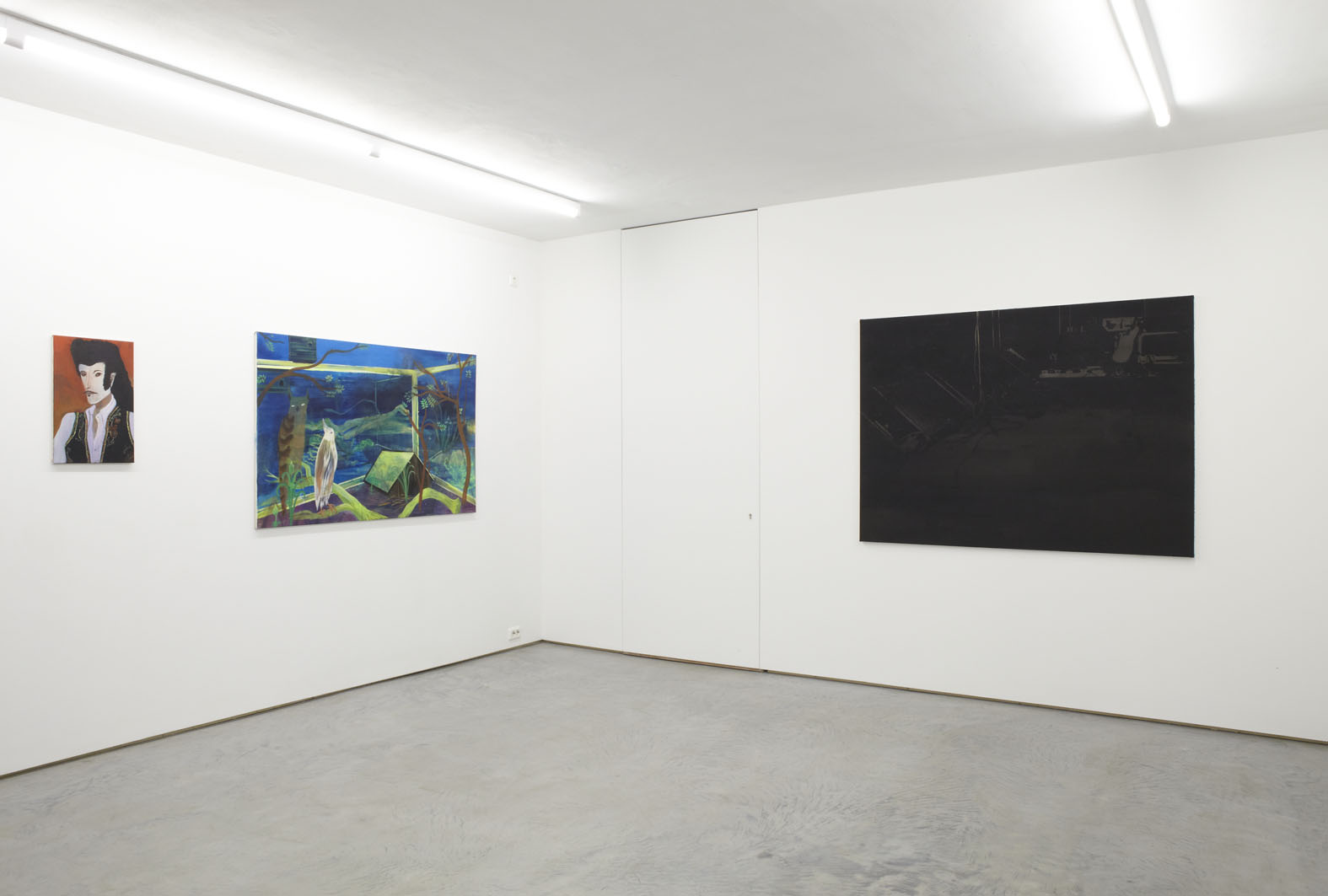 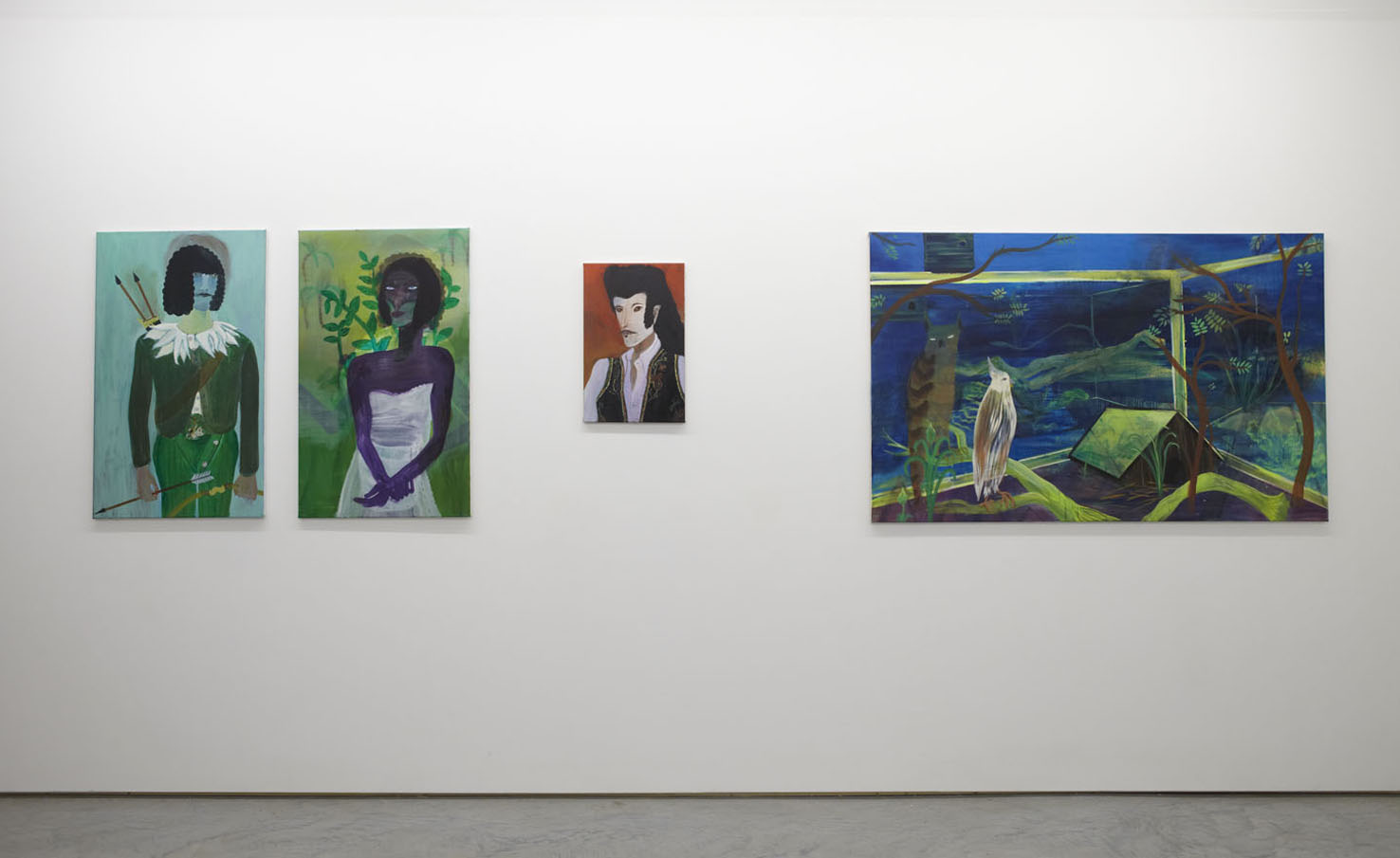 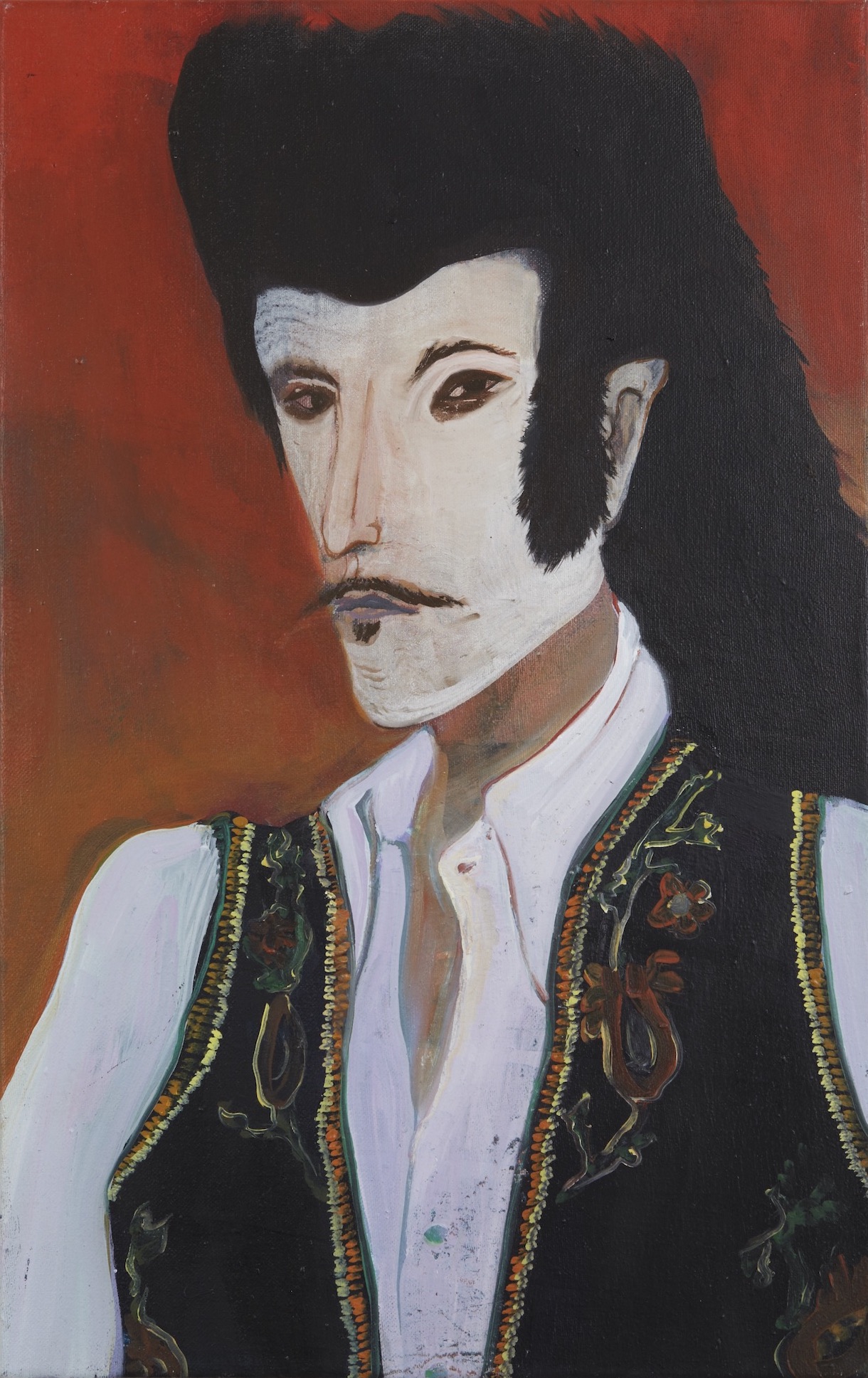 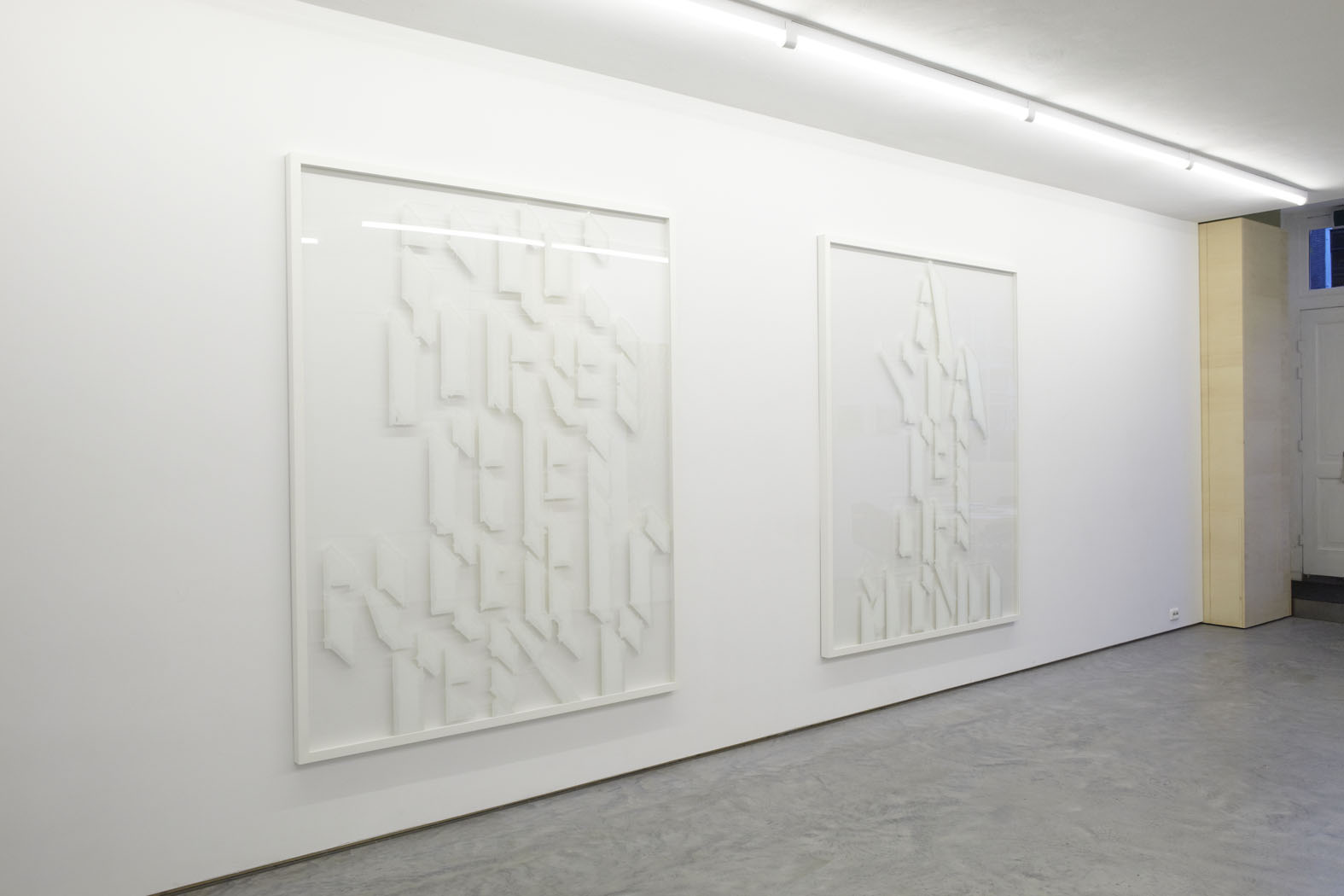 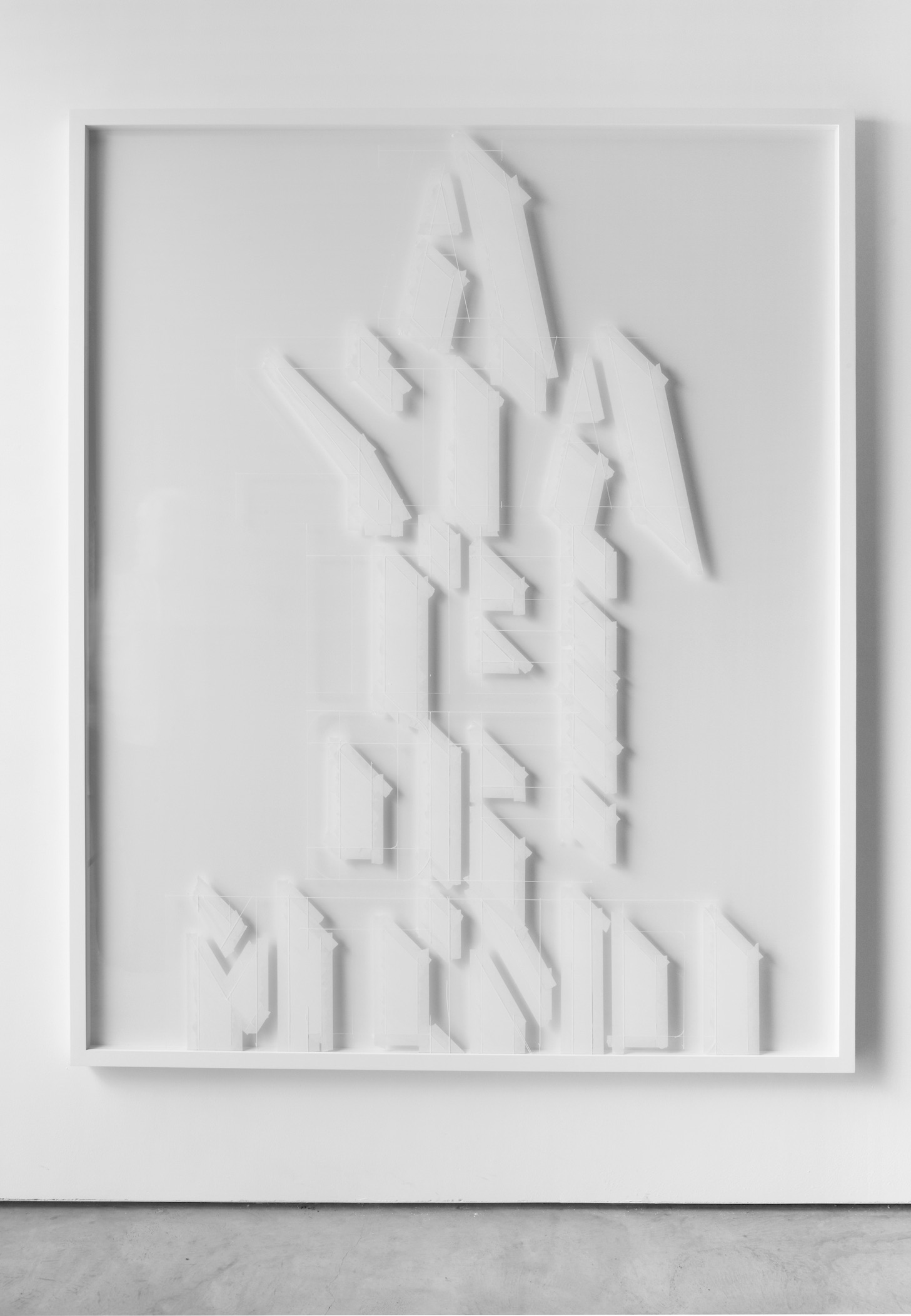 What points are being made in painting, and how is that being done? Five painters: one paints, another paints and plays in a band, yet another paints and makes objects; then there is one who paints, produces installations and doesn’t consider himself a painter, and one who paints but also does performances. The art of painting is continually being challenged to redefine itself. With the exhibition Painting, Five Perspectives, tegenboschvanvreden wishes to present various stances that shed light on painting’s current potential.

Mary Aly (Berlin 1980) describes her own work as being ‘deliberately non-conceptual’. By this she seems to mean that it involves no preconceived strategy or idea, but mainly a process in which choices come about intuitively and where the image imposes itself through that process of painting. Animals and people inhabit her paintings. The colorfully feathered birds and regal-looking apes, the human figures that appear in her landscapes or close-up portraits are the result of a wrought convergence of art-historical references, high and low culture, involving elements from day-to-day life, the here and now. She takes her inspiration from newspaper clippings, record covers or discoveries on the Internet: concrete starting points and motifs for a painting. Like the content, which leads to a certain motif, formal principles such as color and composition then determine the development of the image. The fact that Aly makes no sketches means that her paintings show a history of many layers and decisions, from the general to the specific, from the possible to the impossible: a history that gives rise to stratified images, portraits of the ‘other’, which sharpen our observation.

In the paintings of Jowan van Barneveld (Veghel, 1978) all types of black have taken the place of color. Black that has a wealth of historical connotations, black that automatically evokes associations with photography and film, black that polarizes the senses, black that suggests death and darkness; but also black that conveys silence, black that holds the calm prior to spotlights and spectacle. A black that forces us to look. From the depths of Van Barneveld’s paintings, an entirely personal world looms forth: empty spaces containing instruments, electrical cords, amplifiers and other objects associated with the pop musician (the artist’s other profession) or perhaps a scene involving figures in a landscape—where a seated nude extends her arms against a background of rocks and turbulent clouds. Such dramatics cannot be found in Van Barneveld’s ‘handwriting’, which is sooner detached and impersonal and thereby more ‘dark’. Marc Oosting (Dronten, 1975) works with paint, tape and posca markers on glass. His sizeable ‘paintings’ relate to the spatial and the sculptural. The viewer sees text, a series of letters that make up words, and then a sentence which means something. In terms of form, the series of letters has a monumental and spatial appearance due to the perspective in which these have been place and Oosting’s intelligent, sensitive use of his technique as architecture. On one side of the glass,

Marc Oosting makes a drawing. Then he takes the glass out of the frame and tapes off the drawing (a technique frequently used in abstract painting). He allows the tape to remain in order to paint over it. When that has been done, the glass is turned over again. This creates space behind the drawing, and something strange occurs. The viewer is drawn into the space of the painting, because he sees it from the vantage point normally occupied by the painting itself. Thanks to the transparency of the glass, he himself becomes the ‘image surface’ and finds himself inside it (in a manner reminiscent of Being John Malkovich).

Amir Tirandaz was born in 1984, in Shiraz, one of the oldest cities of Iran, referred to as the ‘city of roses and nightingales’. In order to escape the totalitarian regime of Ayatollah Khomeini, he fled to the Netherlands with his mother and sister in 2000. In 2009 he graduated from the Koninklijke Academie in The Hague and was then accepted at the postacademic department of The New Academy. There he began to paint small-scale portraits from black-and-white photographs of old movie stars. His oil paintings, usually modest in size and consistently in black-and-white, all share the theme of human failure. Amir Tirandaz paints the tragic side of life. This is not done in a heavy-handed manner however; he uses the technique of slapstick. The tragi-comic depiction of a world in which man has become caught in an inevitable web of blunders and miscalculations, where everything goes wrong and has no solution. As a painterly Buster Keaton, with light brushstrokes, Amir Tirandaz renders a humorous portrayal of human failing in a poetic style.*

A horizon and then, in the middle of the image, a mysterious object set against a background of red and yellow diagonal stripes. An apparent tangle of forms that lie on a dotted surface like a still life teeming with organisms seen through a microscope. Or a brightly colored image of exotic plants and flowers, interrupted by a platform with cowboy hats on sticks. In the recent paintings of Marjolijn de Wit (Bennekom, 1979) nature seems literally to have been put on stage, one where the large and the small, the natural and the artificial coexist in a recognizable and unlikely way. Every reality has its own sense of logic. In her masterfully painted images, De Wit questions the diverse manifestations of a complex and intriguing world. Her collage-like way of working betrays the analytical eye of someone who constantly experiments and plays things out in constructions that serve as alternatives to reality. By way of these images Marjolijn de Wit creates her own ‘scientific’ fiction.

*(With thanks to Felix Villanueva)