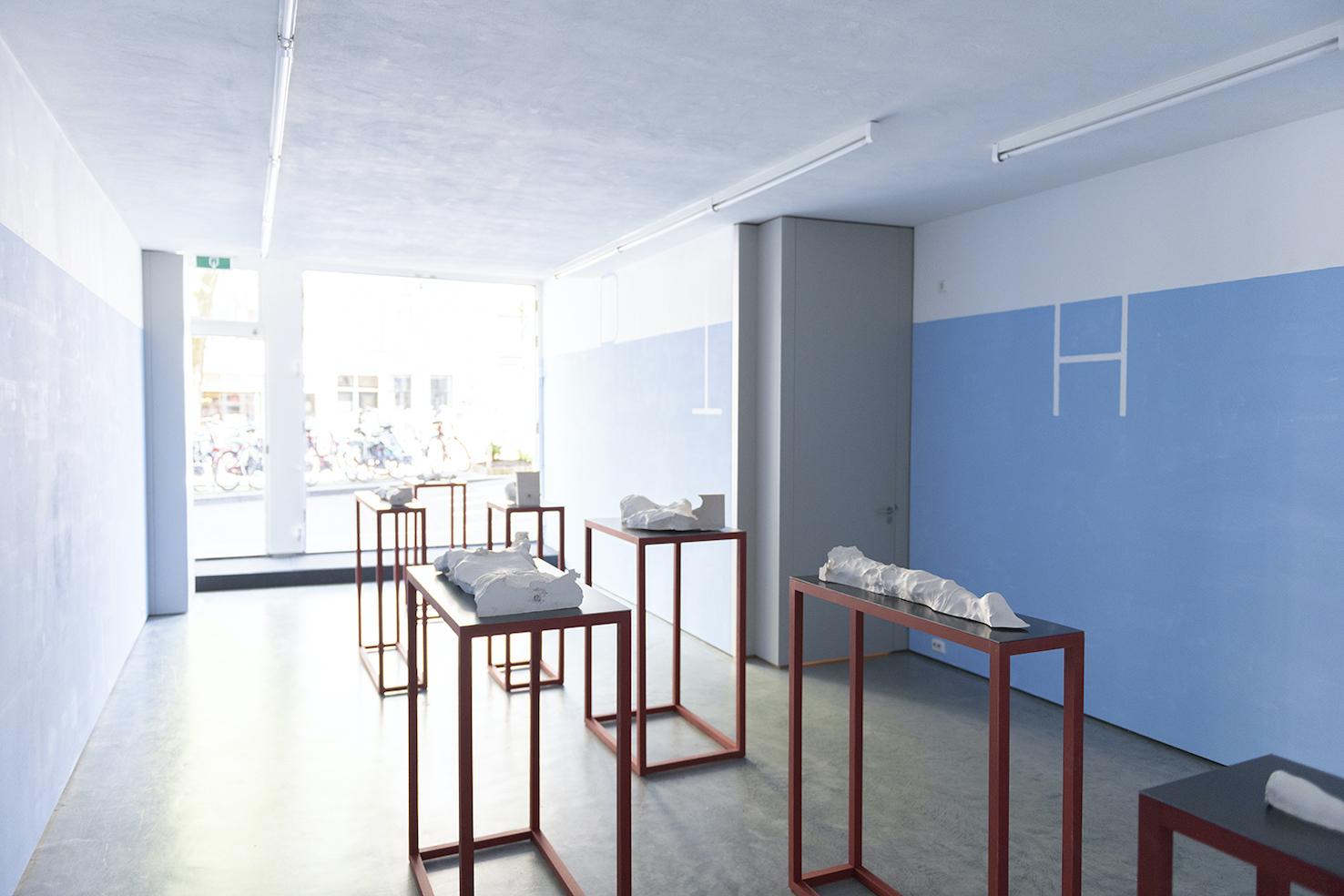 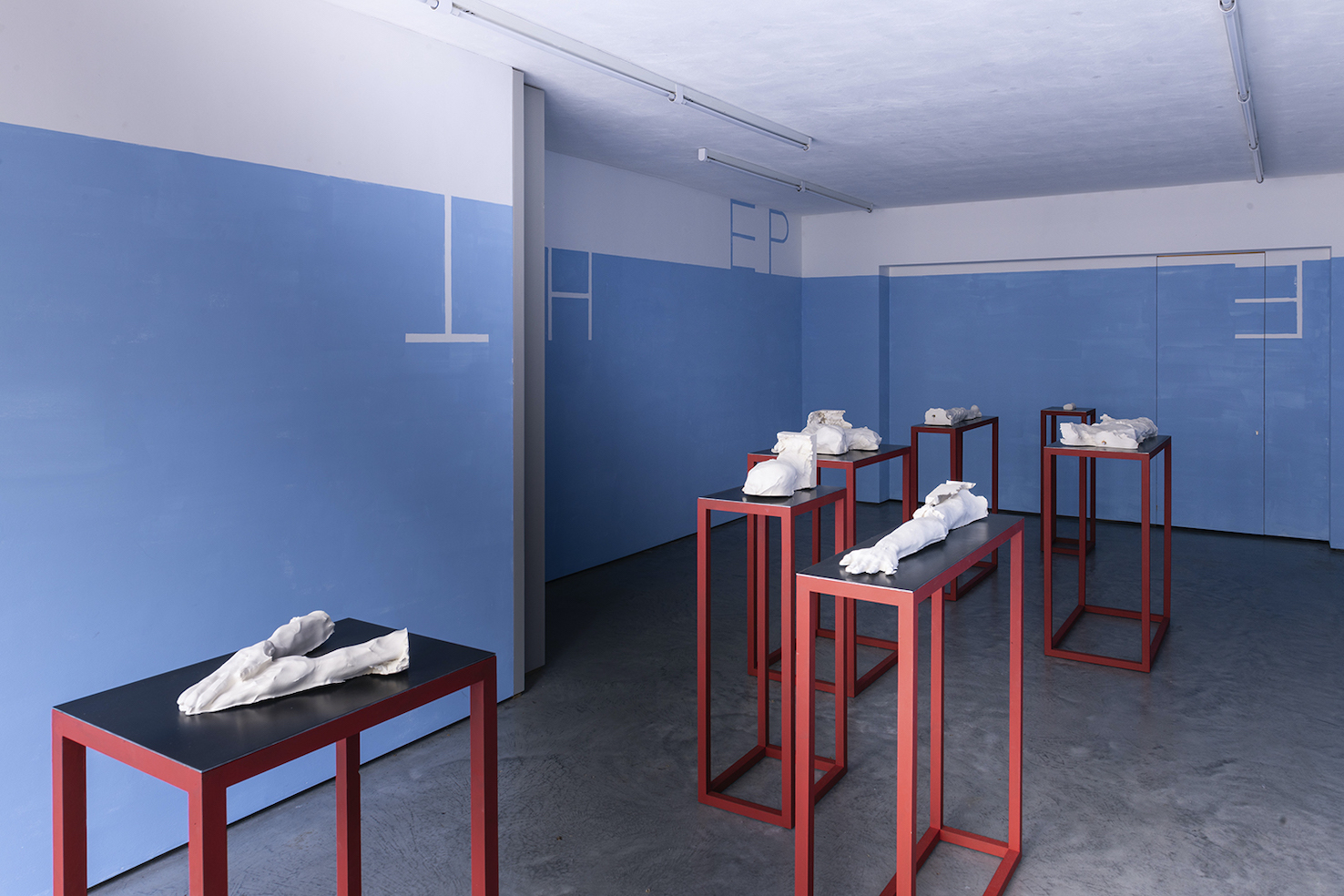 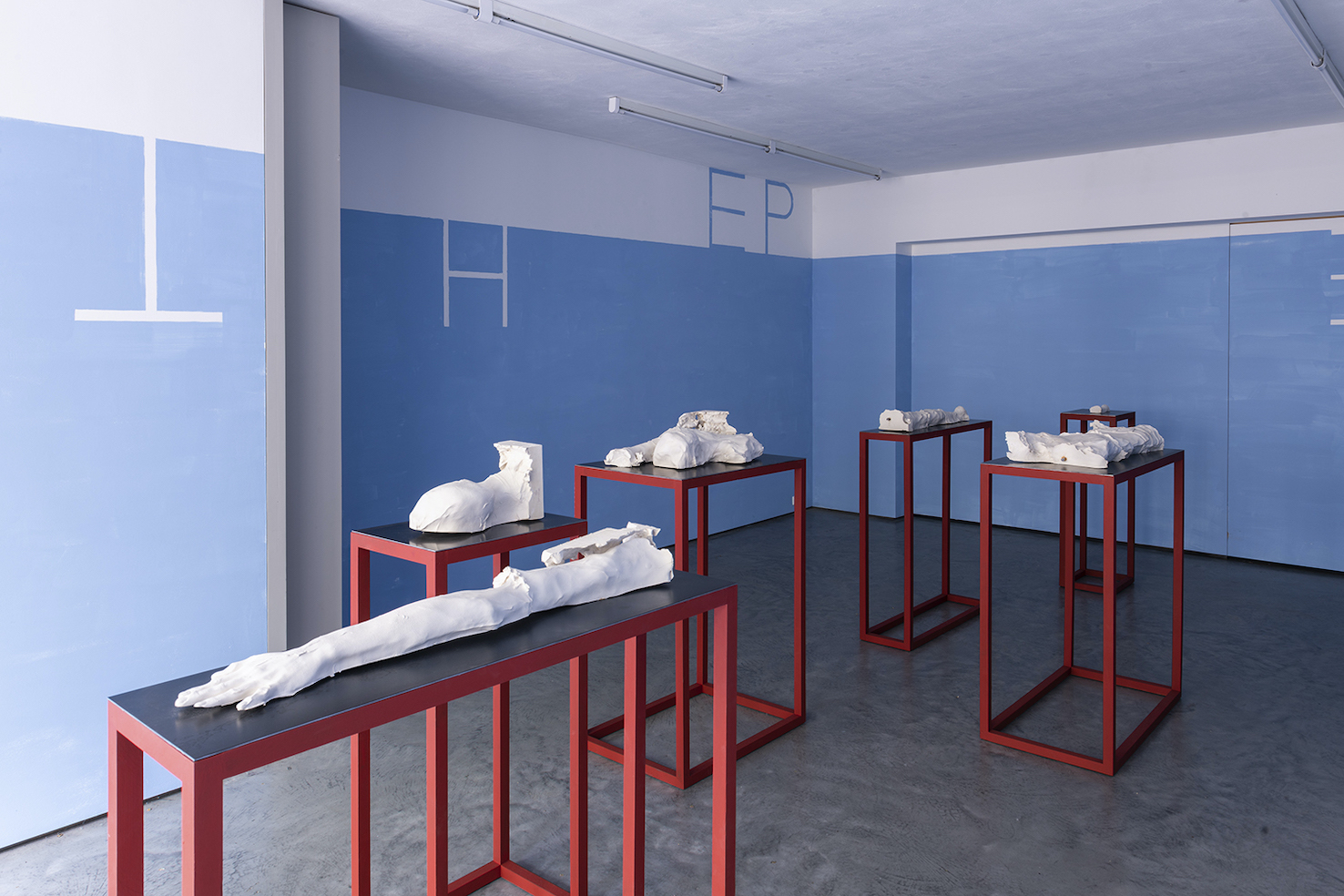 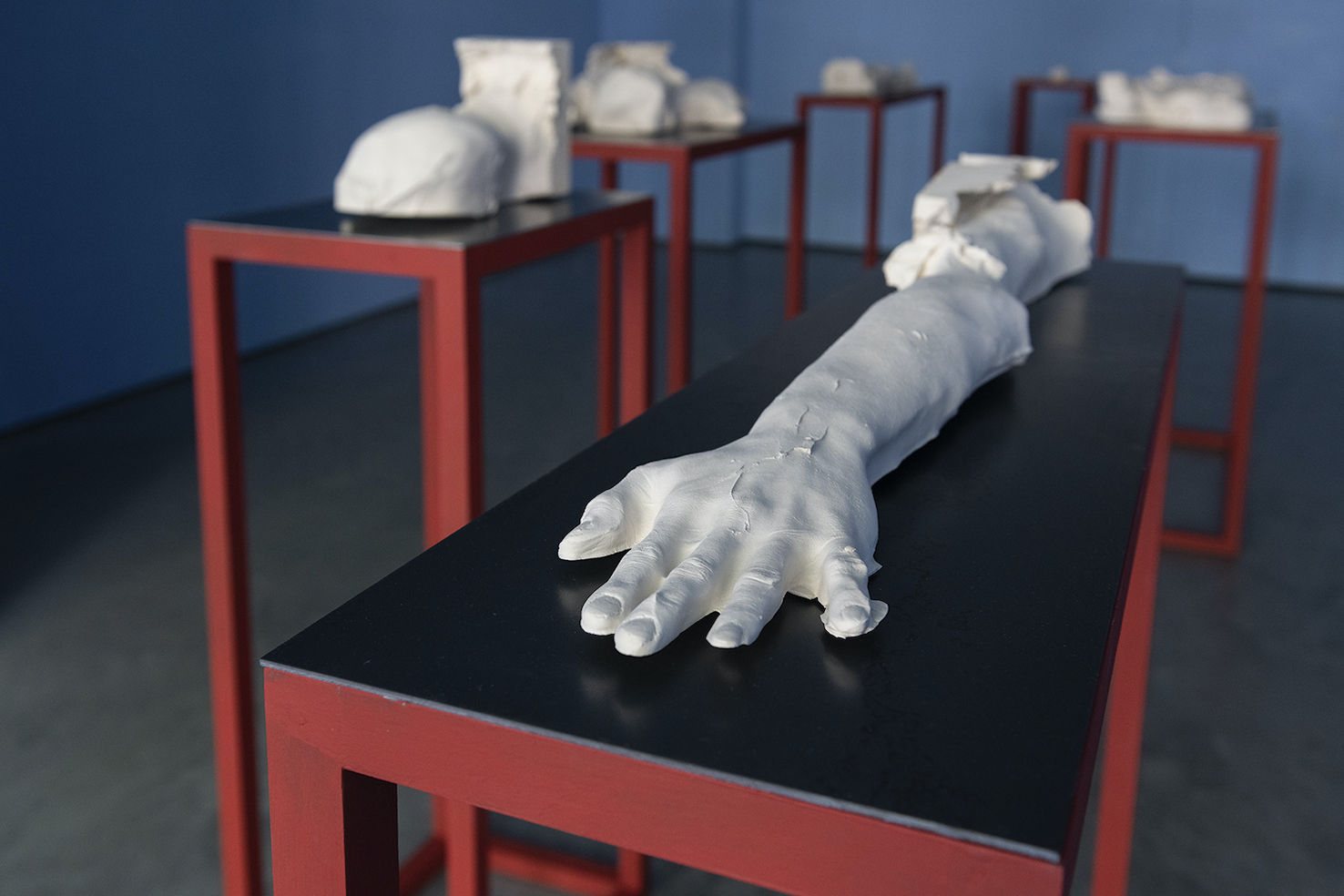 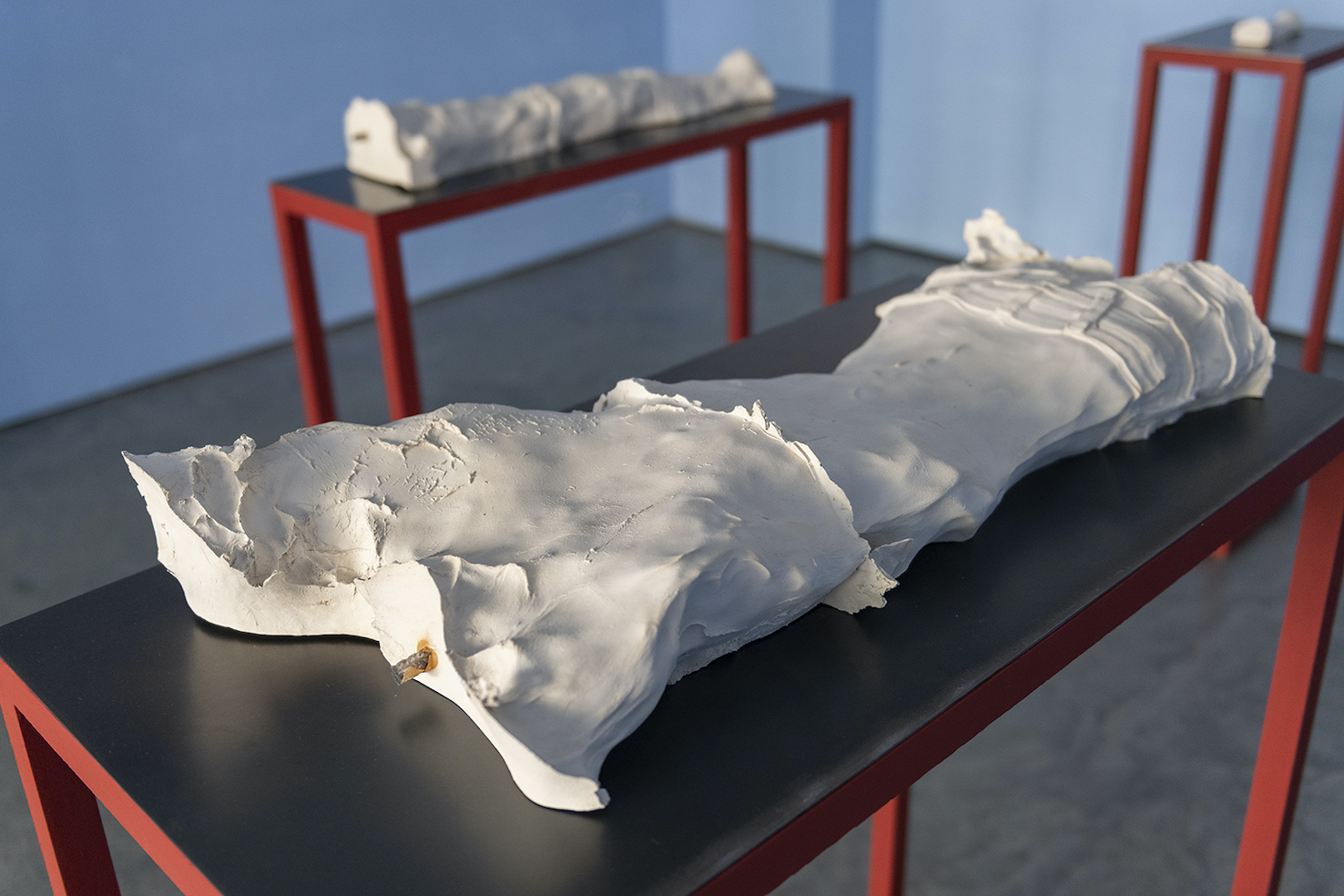 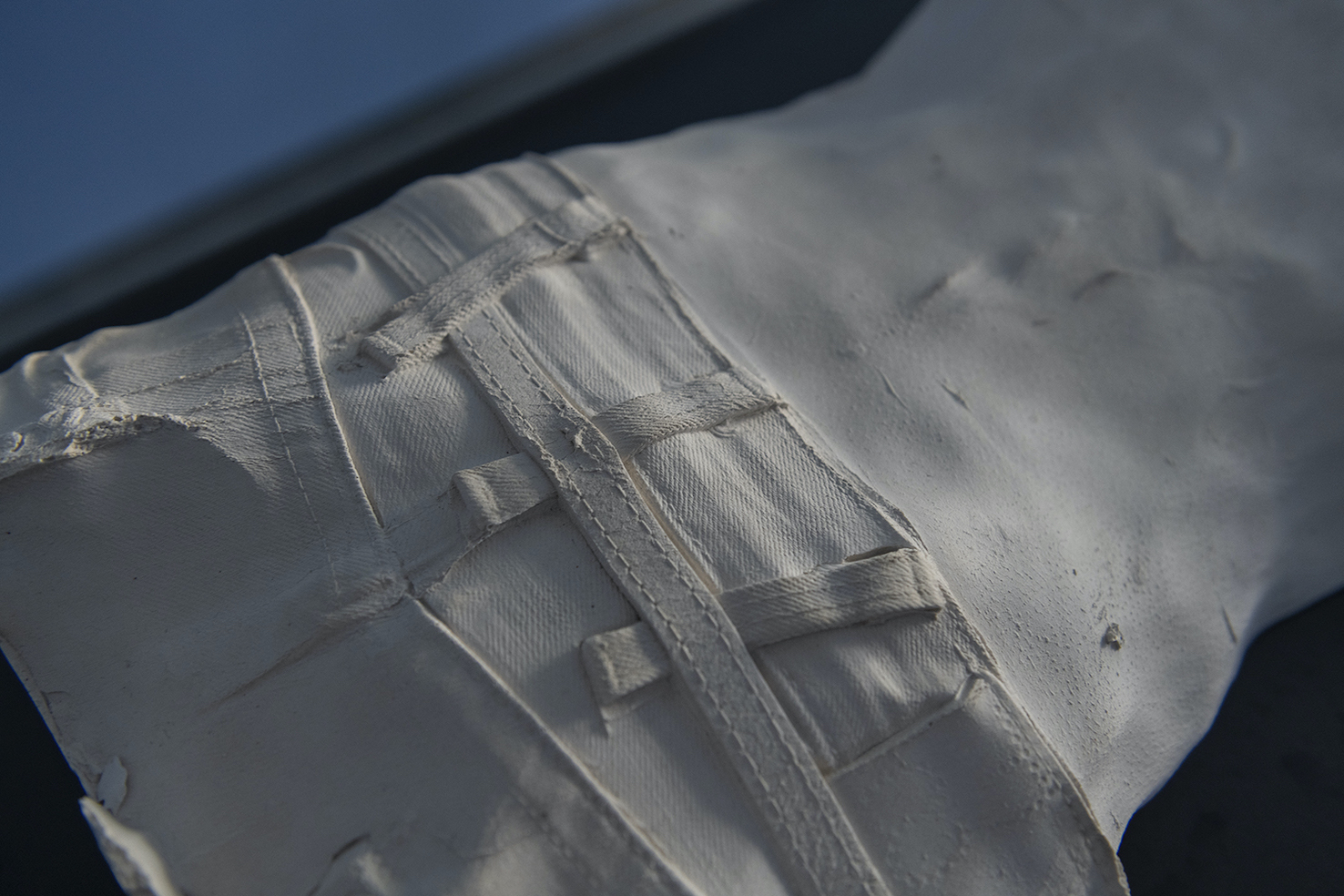 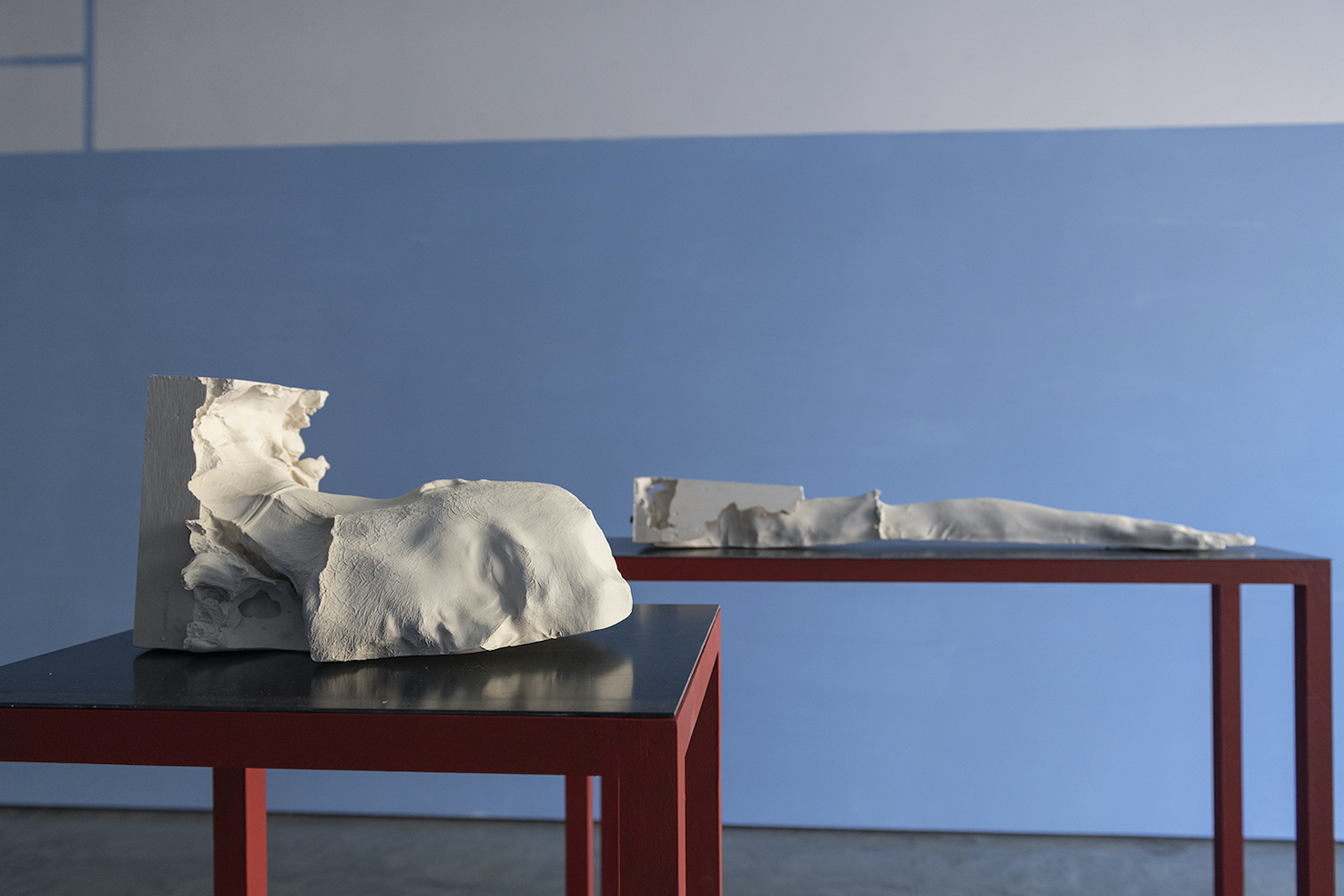 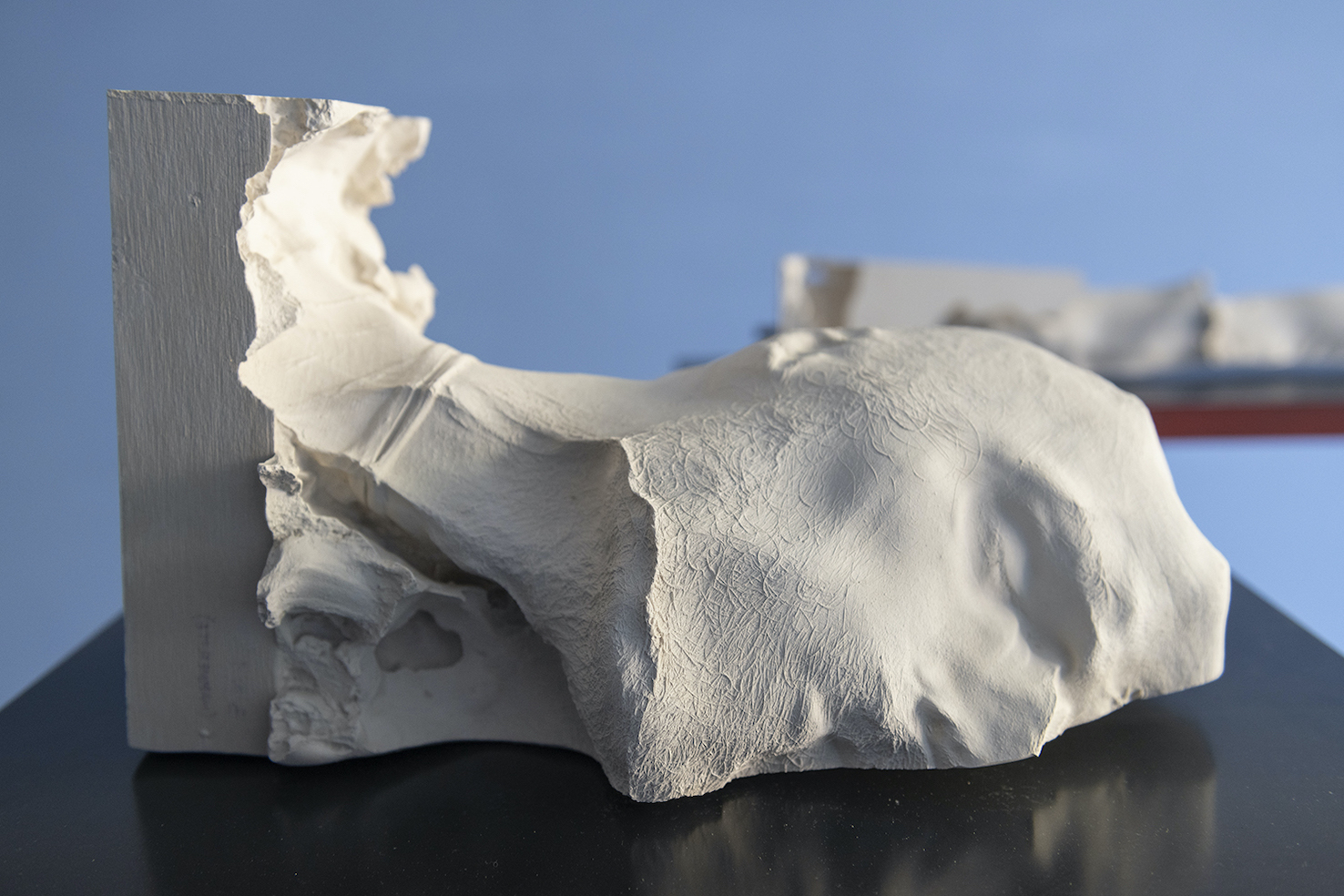 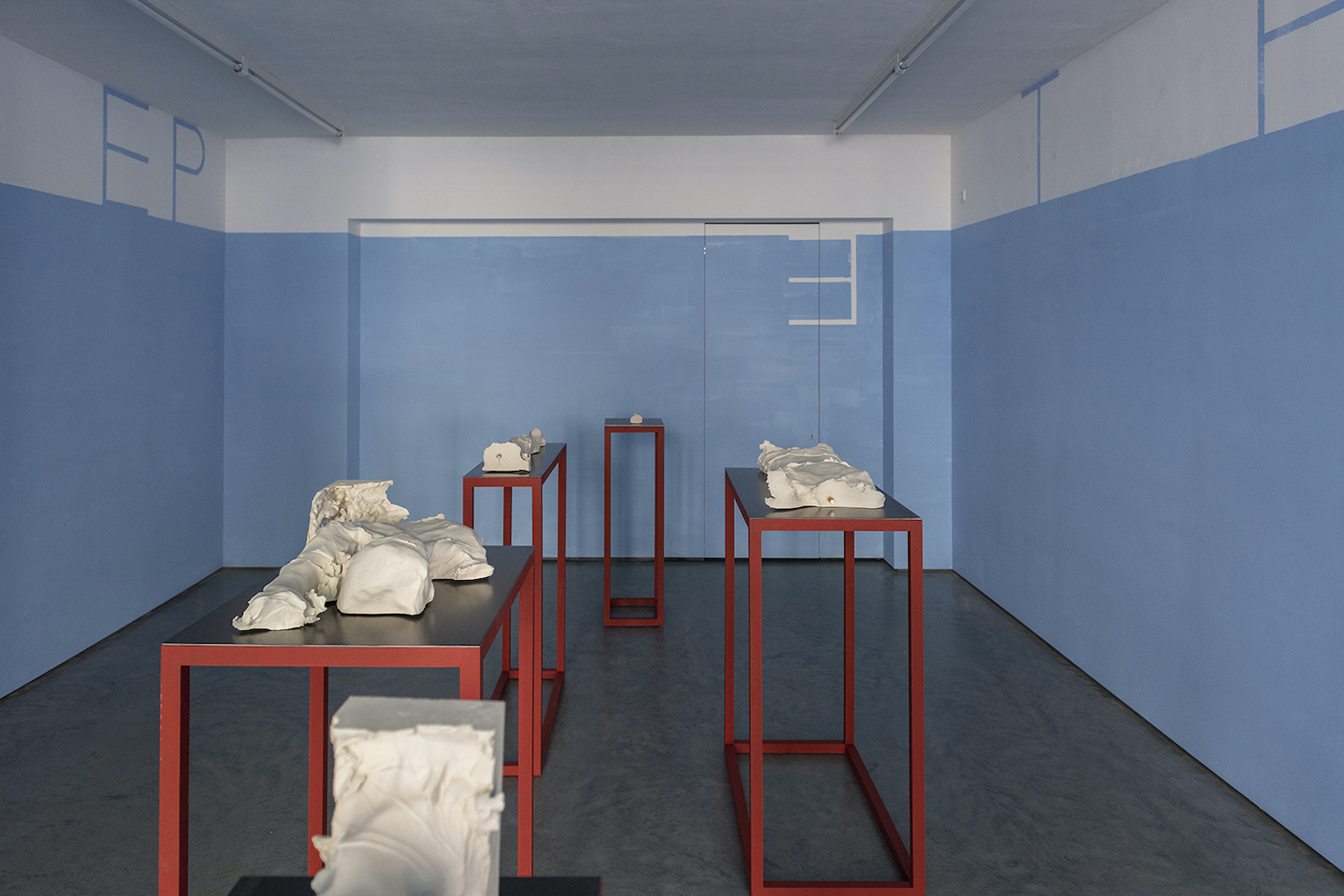 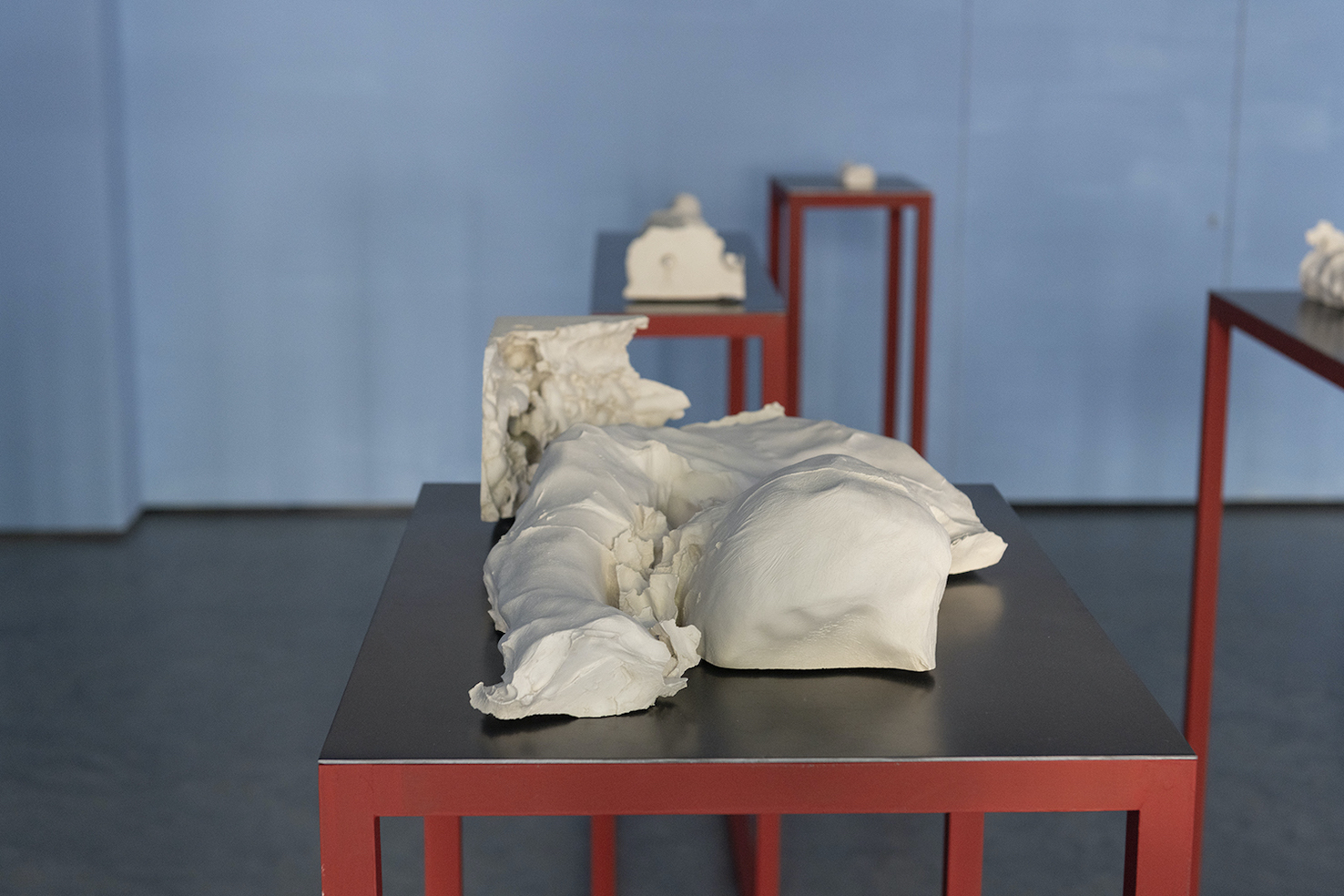 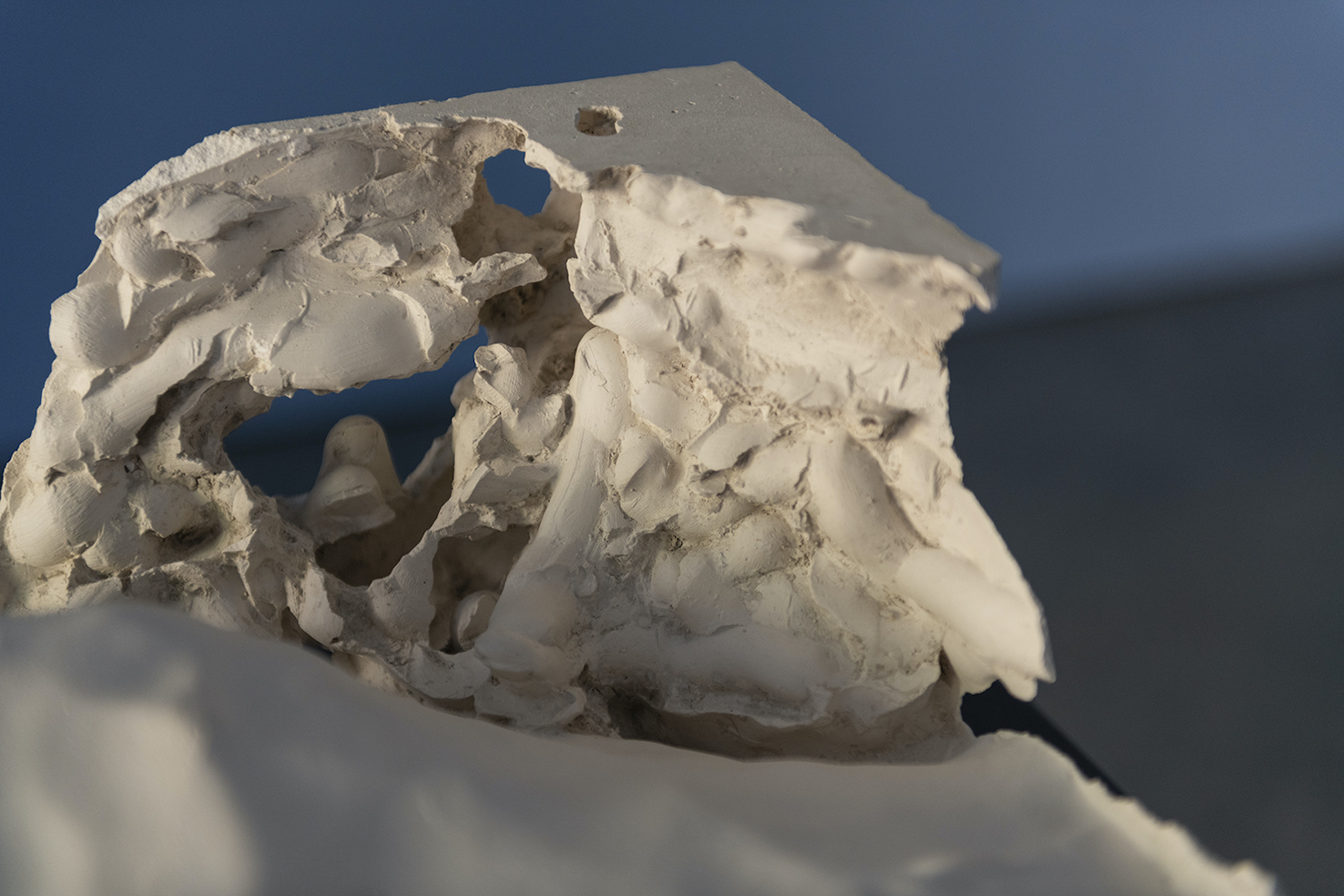 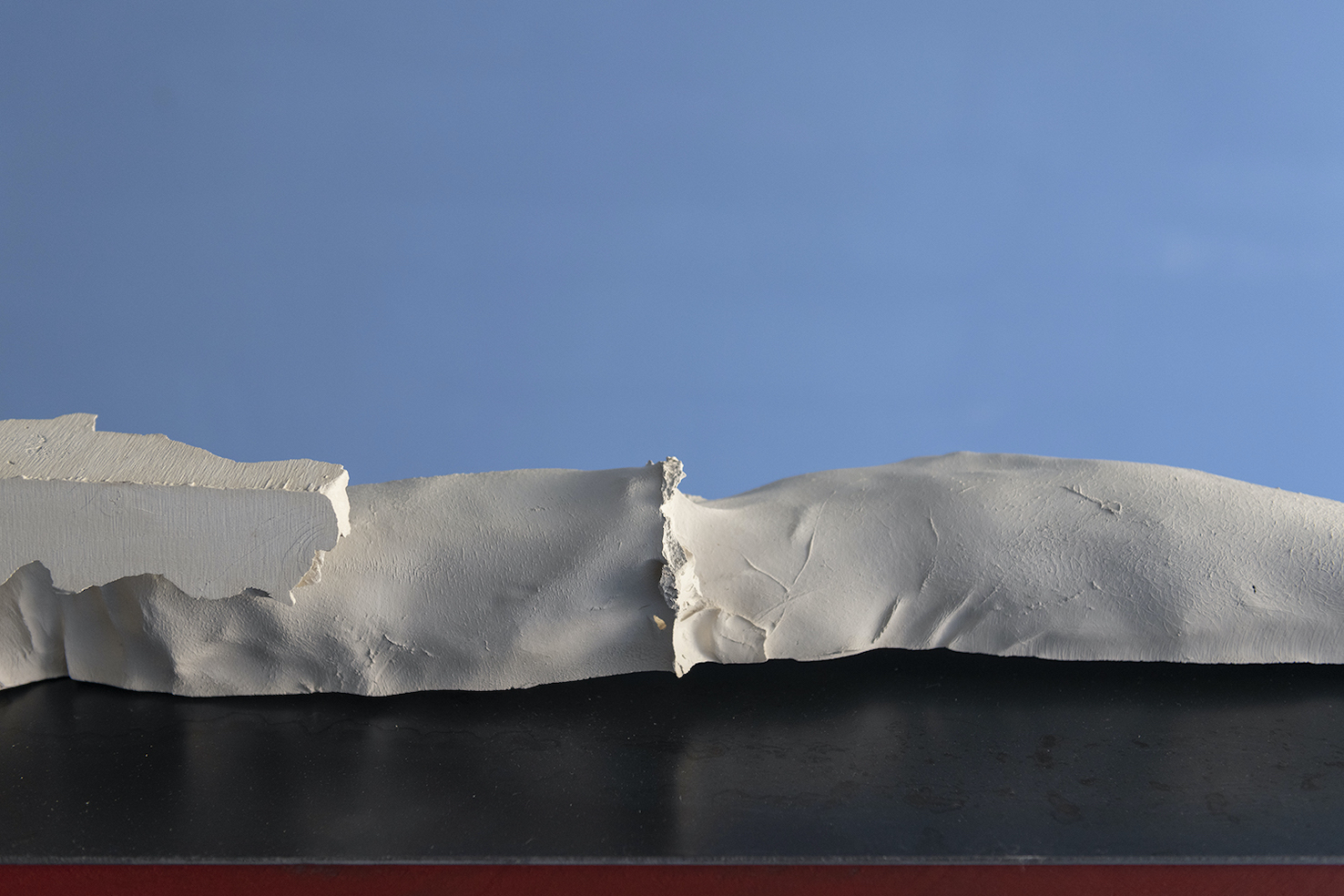 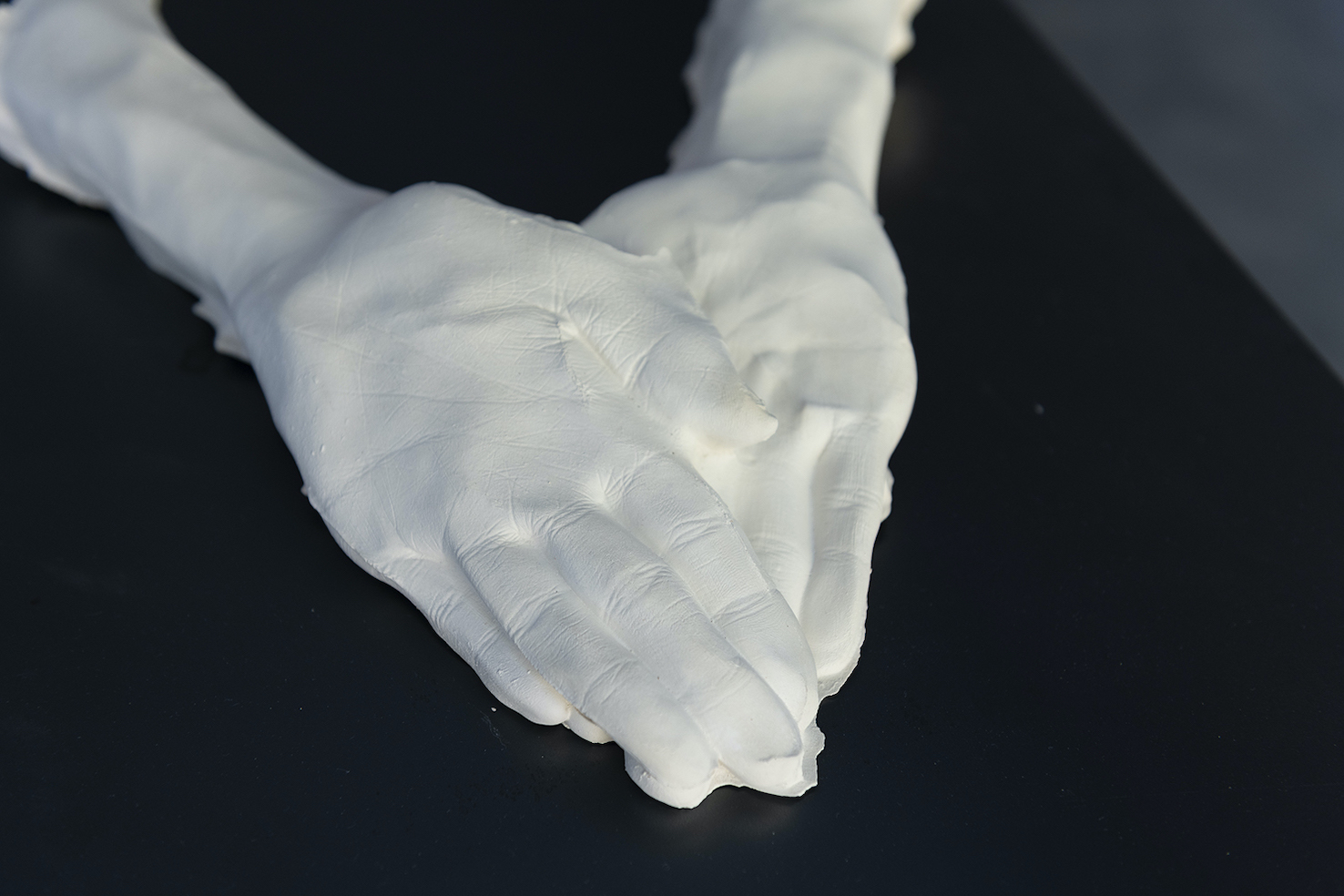 The White Cube and The Street: completely intertwined. In their solo exhibition Sander Breure & Witte van Hulzen have interpreted ‘private’ and ‘public’ as dynamic concepts that are less sharply demarcated than is often thought. In an age marked by a pandemic, the distinction between these two domains seems to correspond with the idea of security, but is that view correct? Public space is, after all, a social construct to which ‘inhabitants’ can actively give shape.

One of the connections throughout the multidisciplinary work of Breure & Van Hulzen is their interest in human behavior. That could be seen, for instance, in a previous half-year-long performance at Utrecht Central Station, where our behavior in public space was reflected in a meticulously staged choreography. Precisely because that public space had acquired new meaning in light of the Covid crisis, Breure & Van Hulzen felt the urgency to resume this theme. Outdoor urban space has truly become a place of escape over the past year: that’s where encounters took place. And as we’re cautiously getting a taste of pre-Covid freedom, there arises the question as to what that actually was, the freedom of that time. How do we operate in that freedom?

The artists connected the space of the gallery to that of the street by way of a simple gesture, a gesture with major consequences. The existing boundary between ‘private’ and ‘public’ suddenly drops away, and this puts pressure on the very notion as to what a gallery is. The notorious high threshold has vanished, just as the gallerists have. The gallery turns out to be a dramaturgical construction which is being analyzed by the artists on the basis of the notions ‘presence’ and ‘absence’. As such Open Air follows a tradition of exhibitions which, by way of their physical intervention in the space, raise philosophical questions about art’s relationship to the world.

In the new, ambiguous space that has come about in this way, the visitor moves among sculptures consisting of red ‘tables’ which hold plaster castings, fragments of a body in a stretched-out position. The tables all have the same height, and together they form a horizon that divides the ‘upper’ world from the ‘underworld’. This idea of a horizon is repeated by the broad blue band that has been painted on the walls. The colors red and blue, the tables, the posture of a dive: all of these elements are based on The Tomb of the Diver (ca. 470 B.C.) in Paestum. That tomb contains a number of frescos revolving around a symposium scene – people reclining on tables, with wine and musical instruments – and appearing on the tomb’s cover is a depiction of a figure diving into water.

The castings of the diver figure in the exhibition have been made with primitive molds of unfired clay. These molds offer no ‘lifelike’ impressions but lead instead to distortions of the image, as though the body is being seen through water. The distortions of the body which is falling apart into fragments evoke an association with the ‘underworld’ of memory and the flawed nature of recollection. What exactly was that freedom, and how do we move about in freedom? Where is the boundary between private and public, and to what depths does the diver take us in Open Air?

Open Air was realized with the support of the Mondriaan Foundation