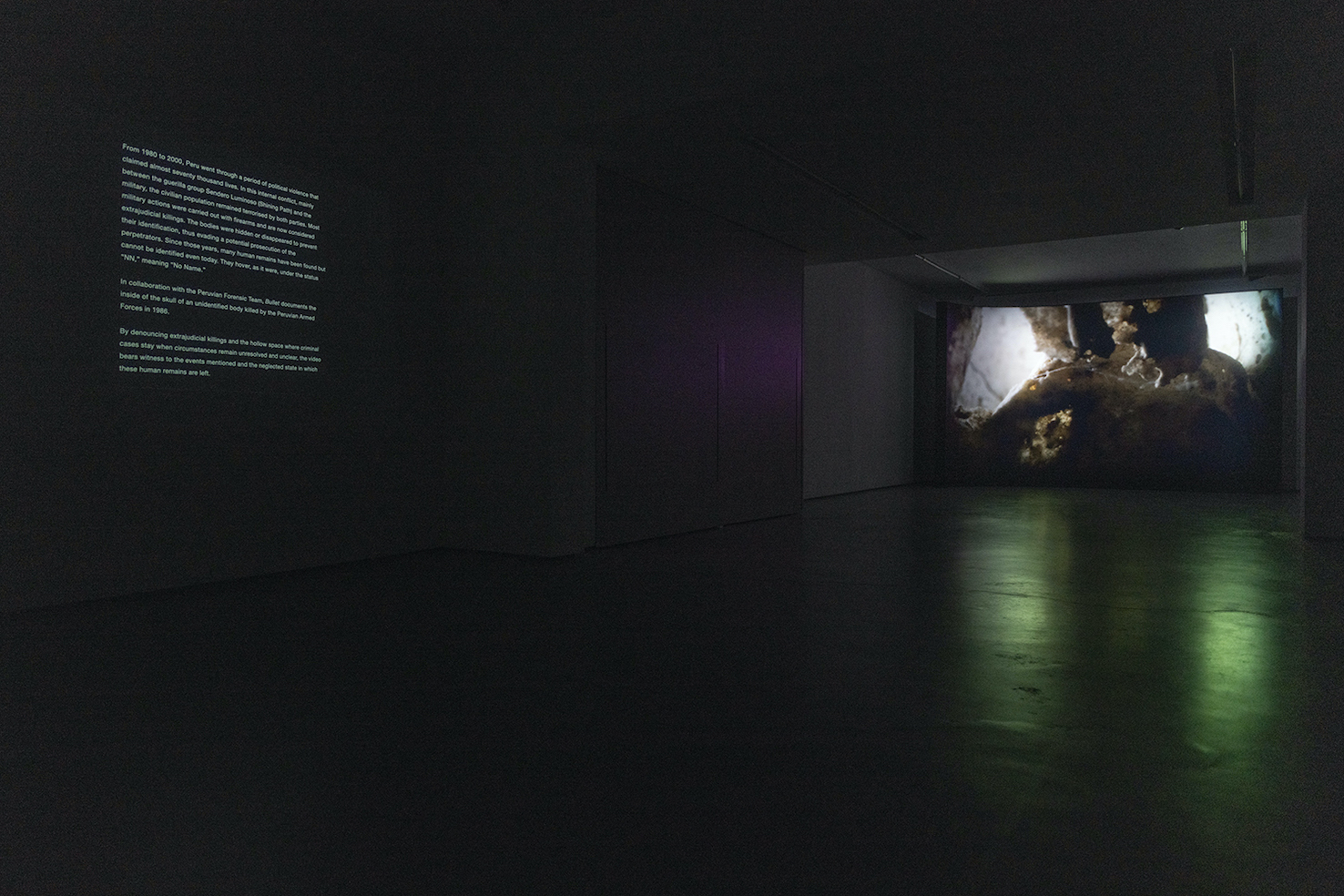 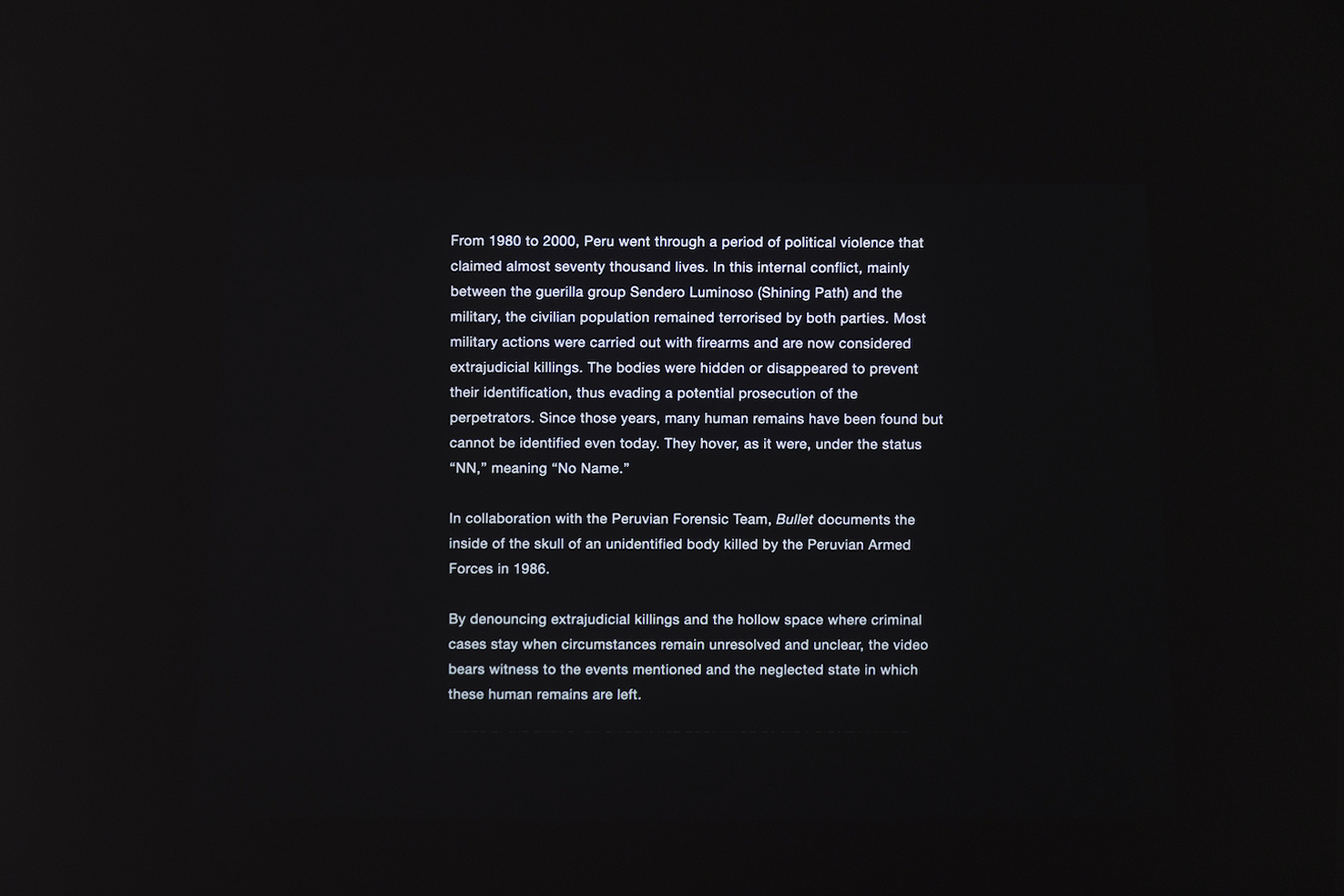 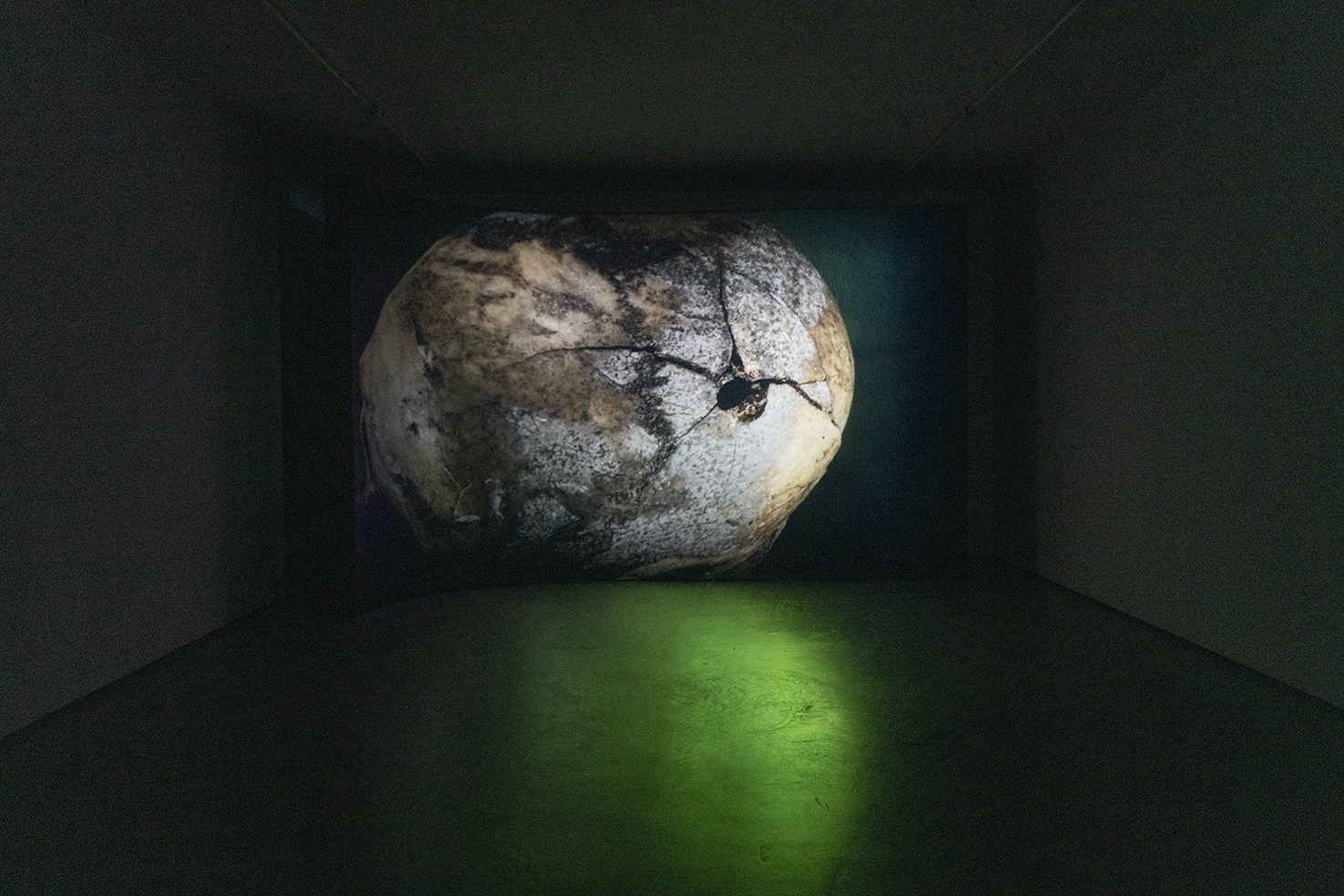 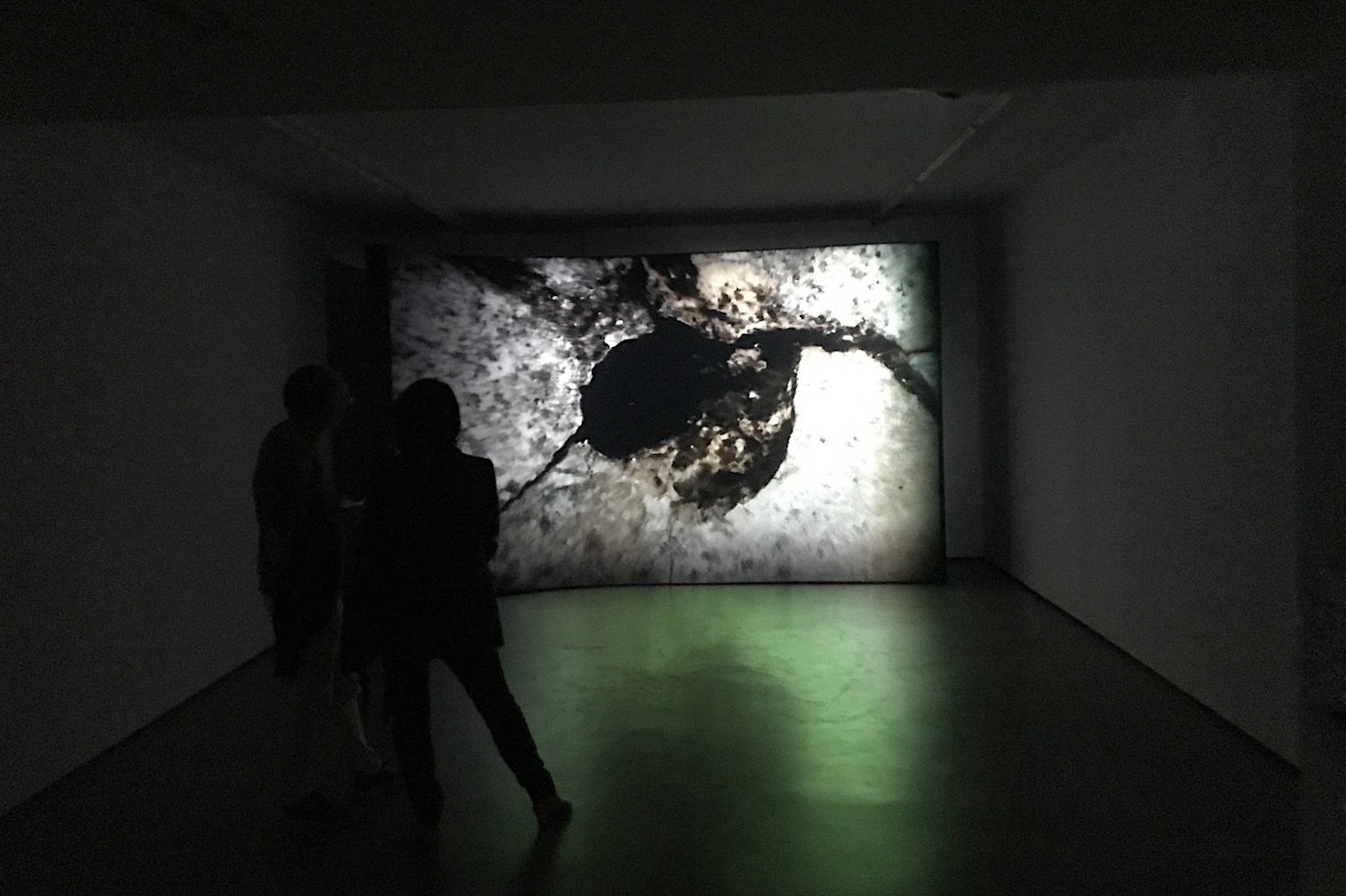 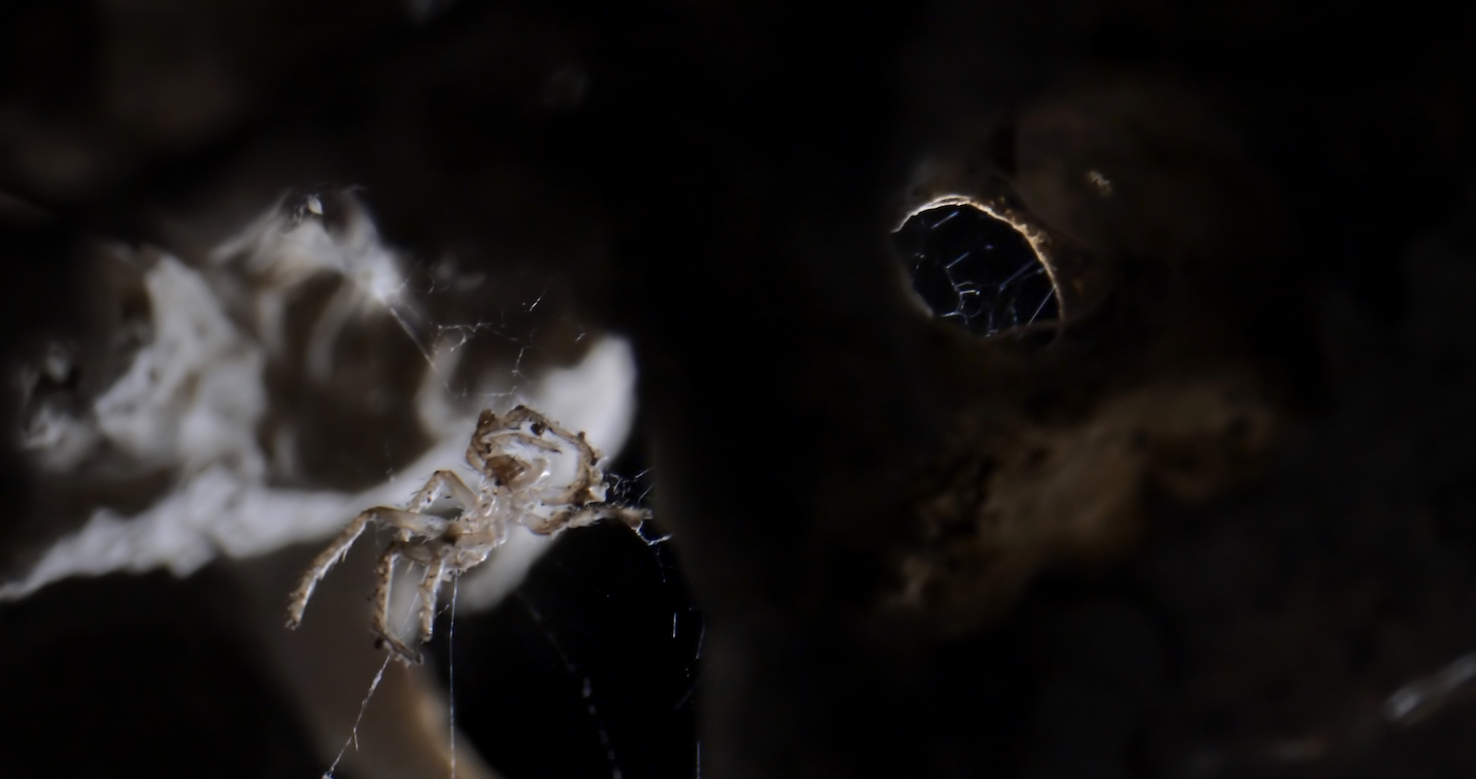 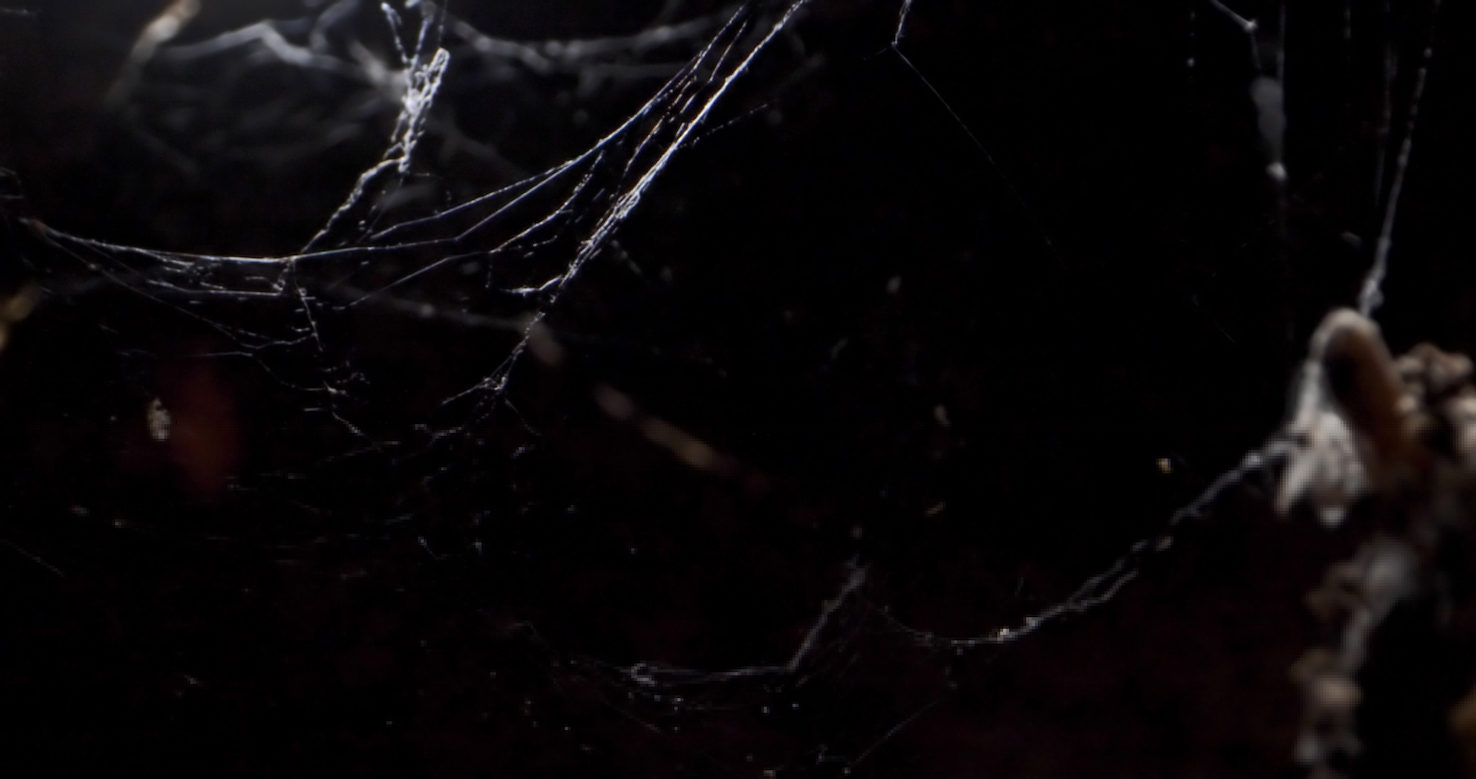 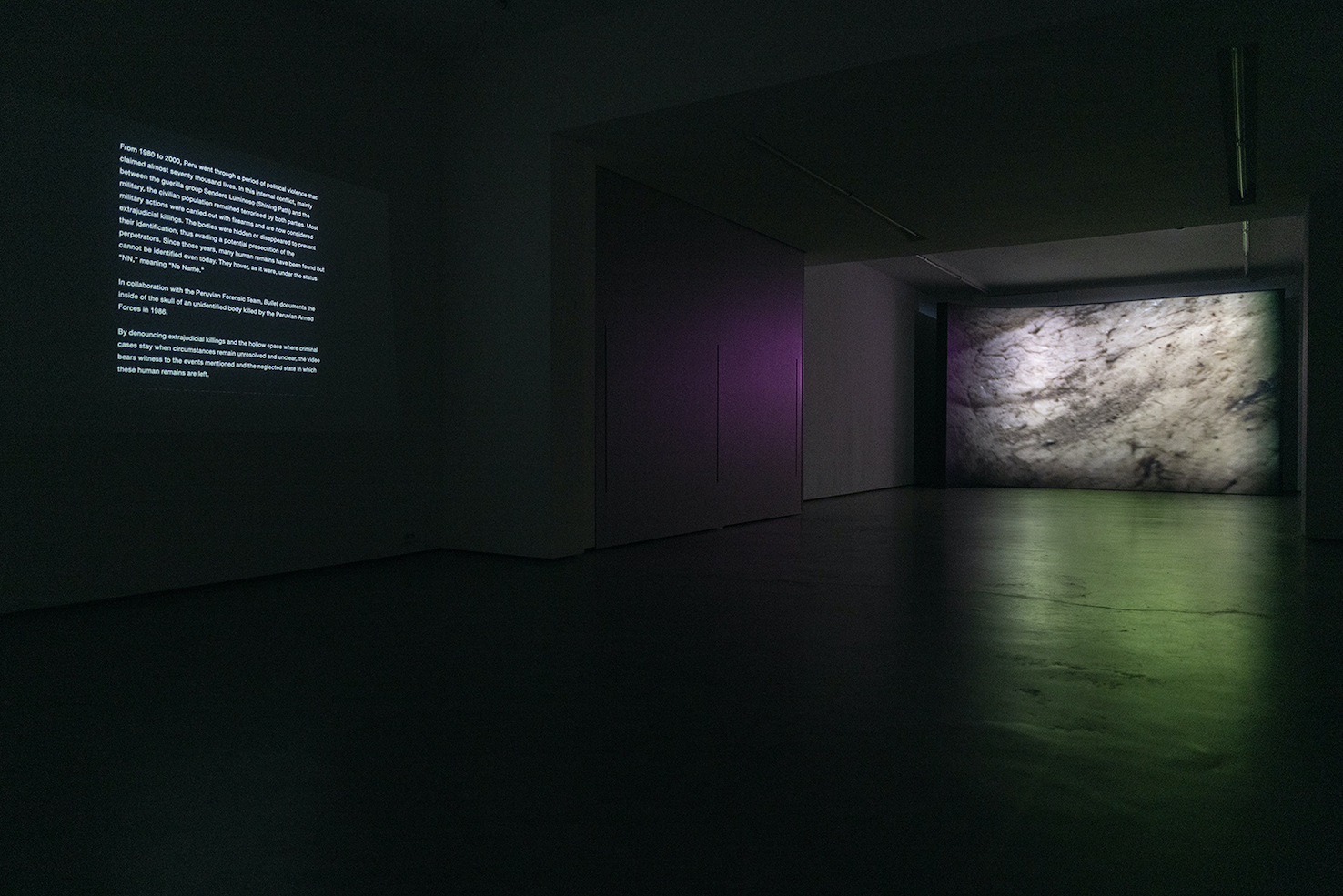 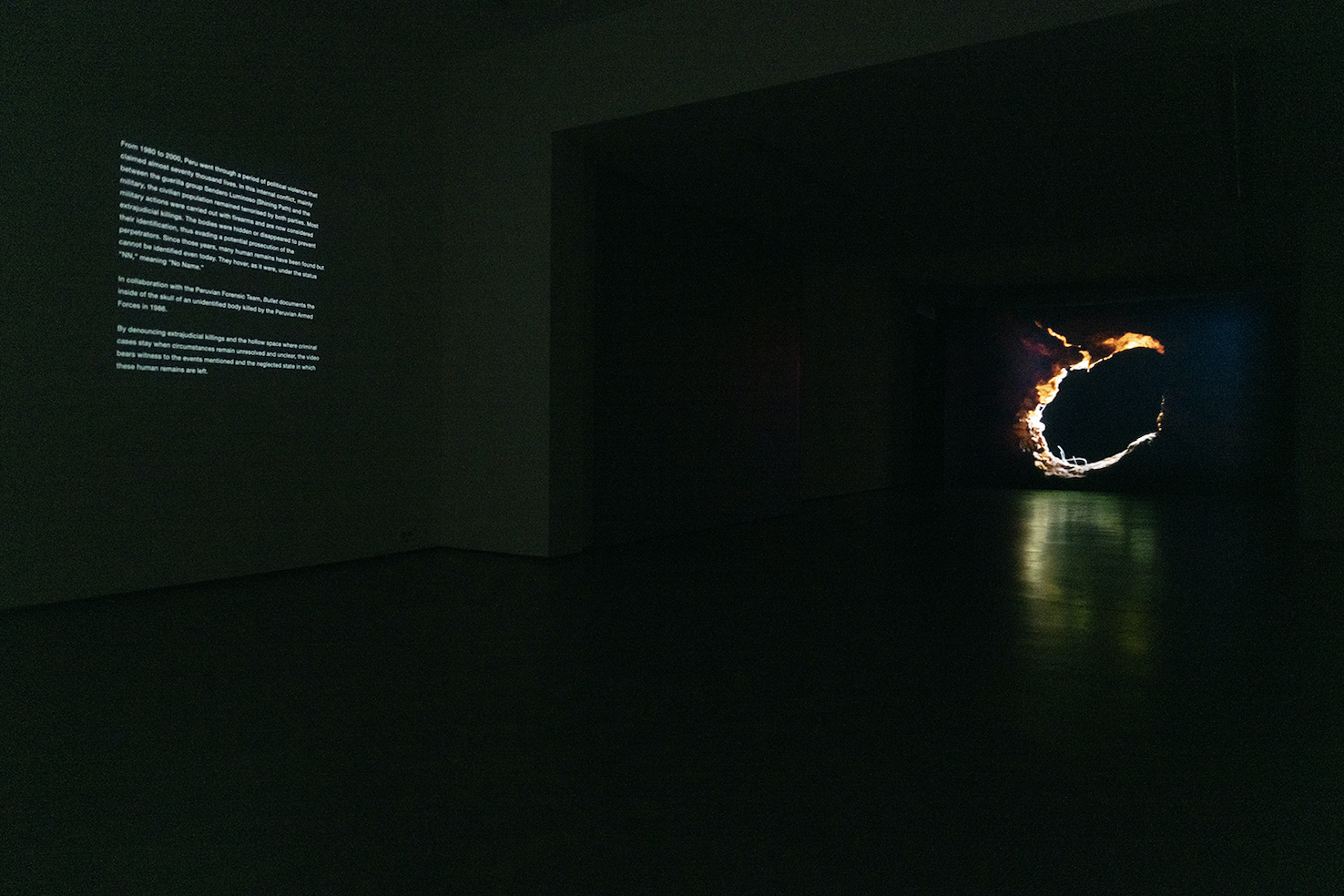 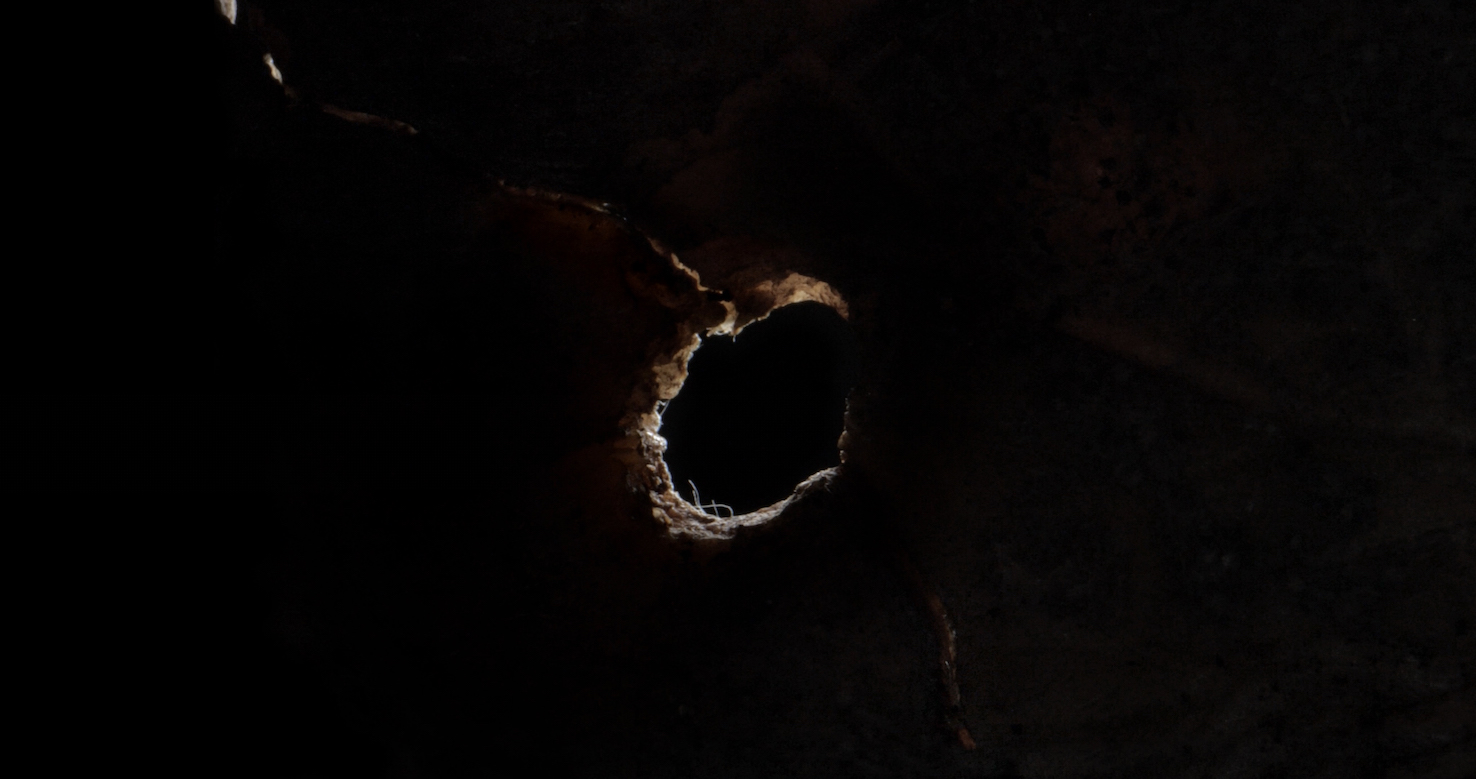 In the video work Bullet (2021) by Peruvian artist Maya Watanabe (Lima, 1983) we end up, via the camera, in a space reminiscent of a dark cave. Our gaze is taken along in a slow exploration of that space, and as we seek references that can provide answers to the question as to where we are, our focus keeps on lingering upon the faint brightening of threads in a spiderweb or the contours of a passageway. An unfamiliar landscape passes before the eye.

Watanabe’s work is situated within the context of the national trauma that resulted from a violent period in Peru lasting from 1980 to 2000, the effects of which remain palpable to this day. In this conflict, chiefly between the Maoist revolutionary group Sendero Luminoso (Shining Path) and the military, the civilian population was terrorized by both parties. Almost 70,000 people were murdered, and most of them vanished in the anonymity of mass graves.

In her work Maya Watanabe tries to shed light on the forces that can penetrate the lives of people: natural or social forces that overtake observation, the imagination and memory. She does this in video installations which have a distinctly immersive quality. Her most recent work, Bullet, constitutes an indictment of arbitrary executions and the political and judicial vacuum in which crimes go unpunished due to a lack of transparency. Most of the murders by the military were carried out with firearms. Bodies were hidden or made to disappear so that they could not be identified. Since that time, many human remains have been found, but these cannot be identified and hover, as it were, within the status ‘NN’, which means ‘No Name’. For this project Watanabe has collaborated with the Peruvian Forensic Team. She ‘documents’ the inside of a skull of an unidentified person who was killed by a bullet from a firearm.

Because of the monumental size of this work’s projection, we become physically submerged in the image. The geo-political and documentary character of her subject has its pendant in poetic images that enable the viewer to experience the work ‘from the inside out’. The scale and the balance between the obfuscating and revelatory aesthetics of the images invite reflection. A subject in which the anonymous victim plays a central role requires a clear ethical standpoint on the part of the maker. For Watanabe the large format symbolizes the monumentality of the subject matter, and the acknowledgement of that which continues to be denied, namely the need to give victims an identity.

Social developments have put a spotlight on the notion of identity – and on the individual as well as the collective interpretation of this. In our world dominated by technology, we need no names to establish our identities. Codes suffice. That bleak, functional approach to identity never proves, however, to be sufficient. Proper names play an important role in communications among people. They give expression to the individuality of the people or things bearing those names. They provide identity. Just how important that is becomes poignantly clear in the exhibition No Name.

The production of Bullet was made possible thanks to support from the Mondriaan Fonds, the BBVA Foundation – Bilbao Fine Arts Museum MULTIVERSO Grant and MOT, Museum of Contemporary Art Tokyo.