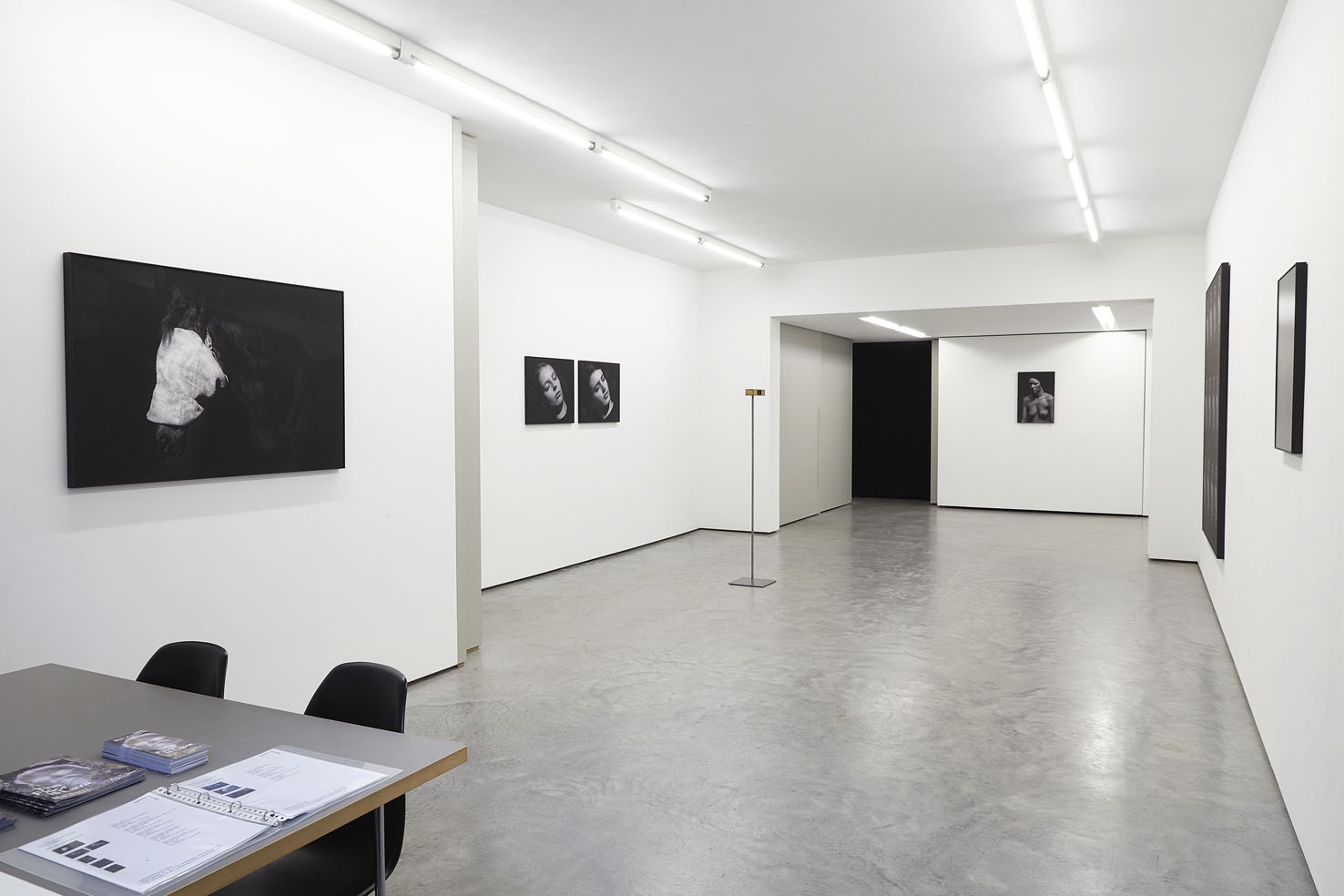 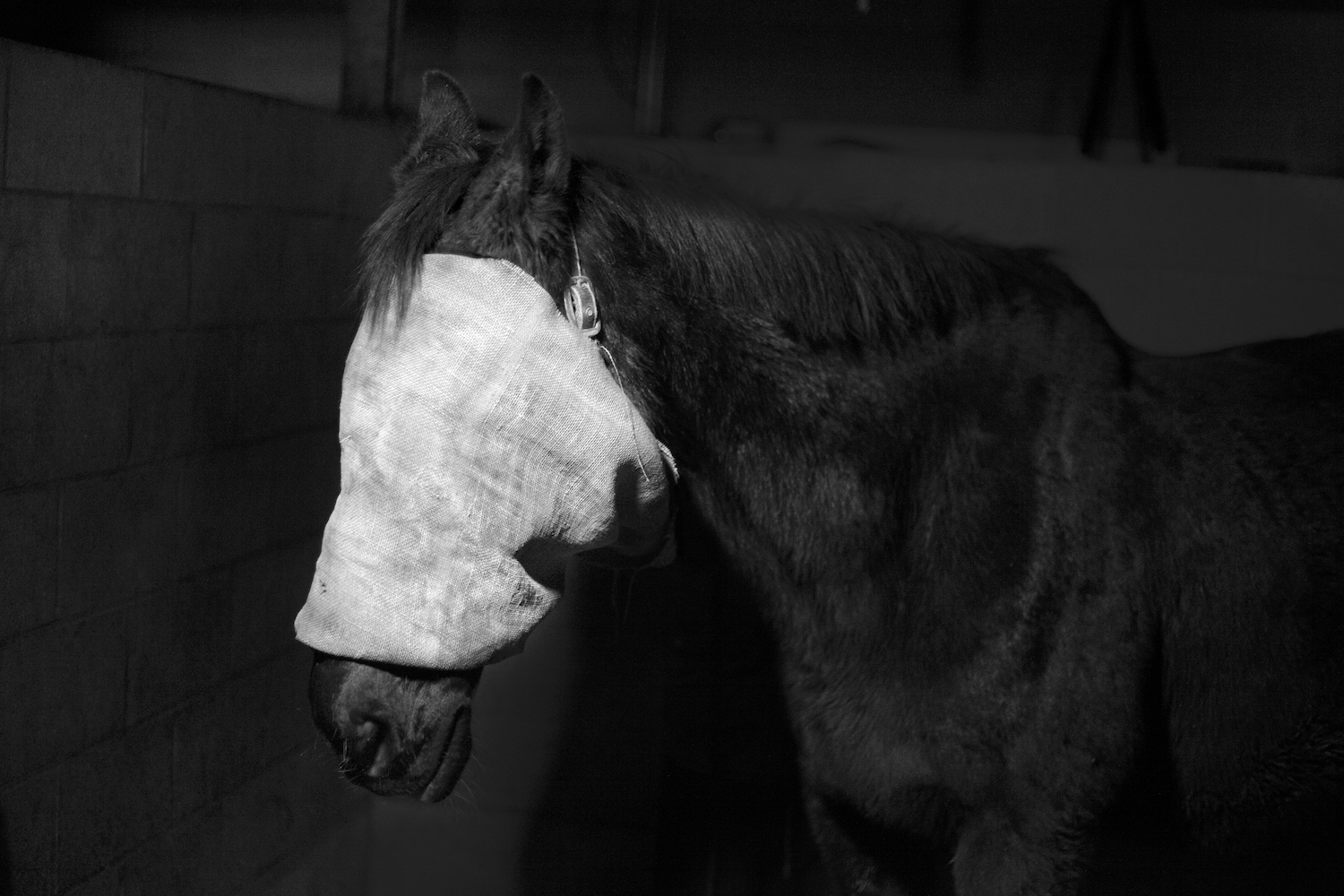 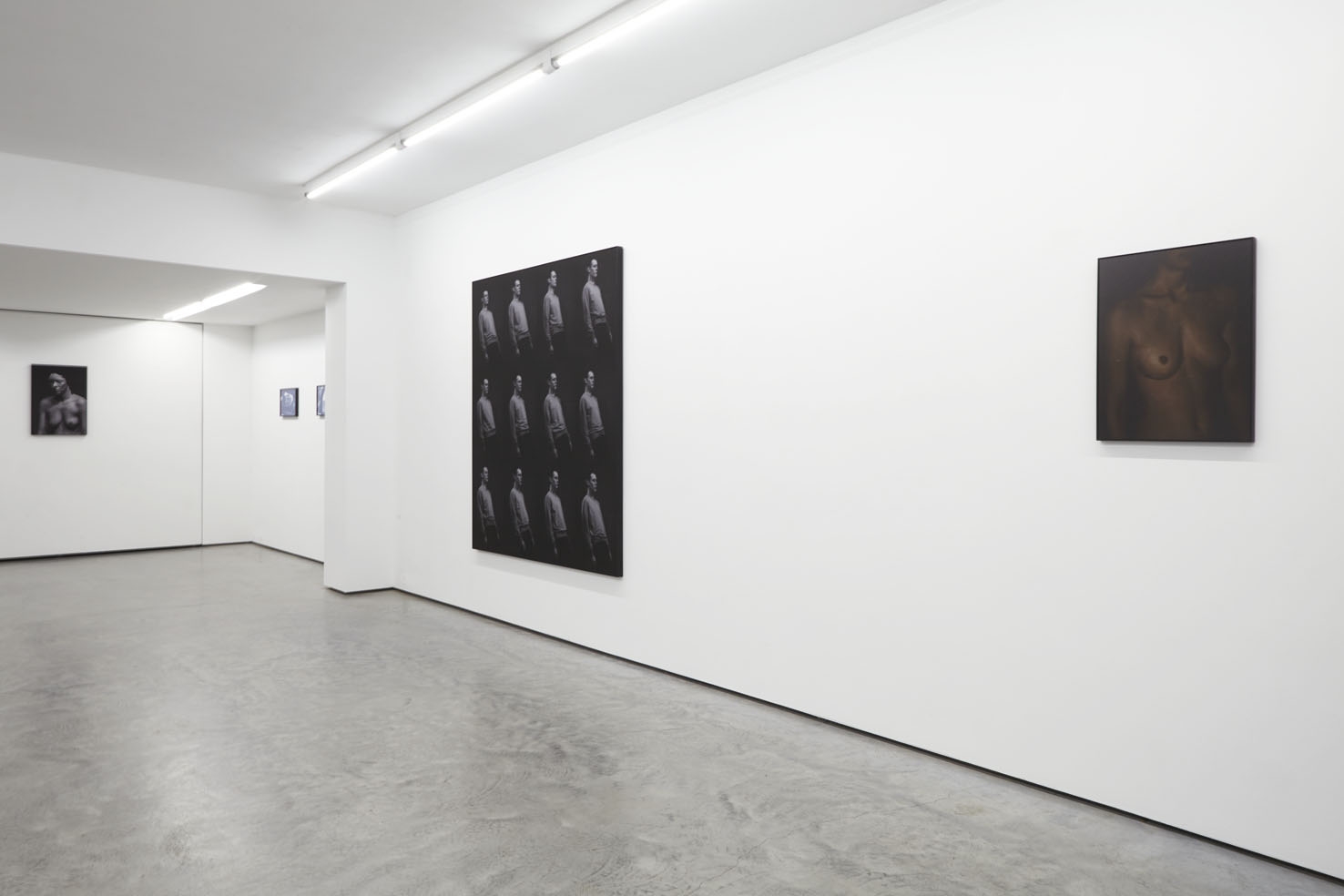 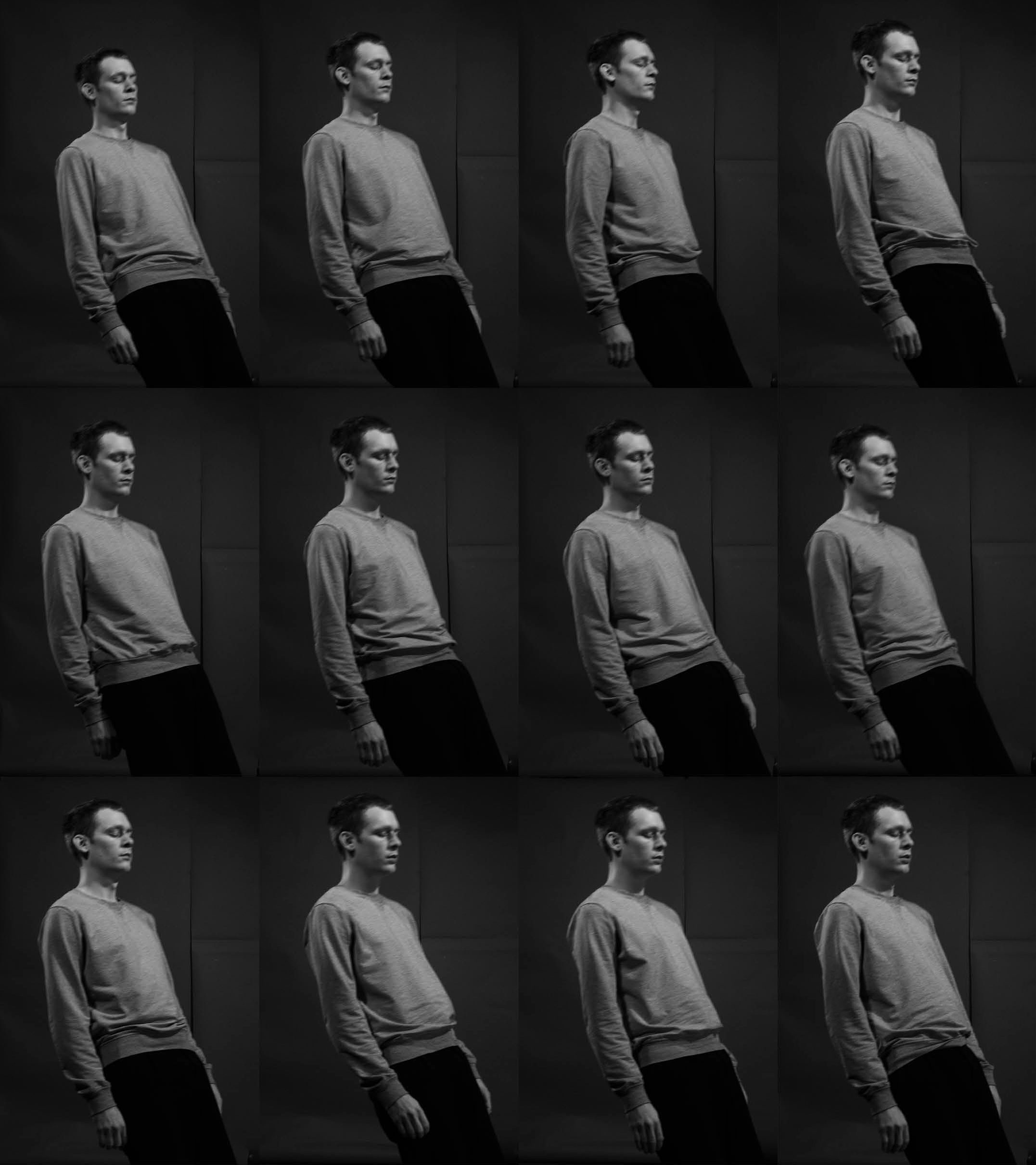 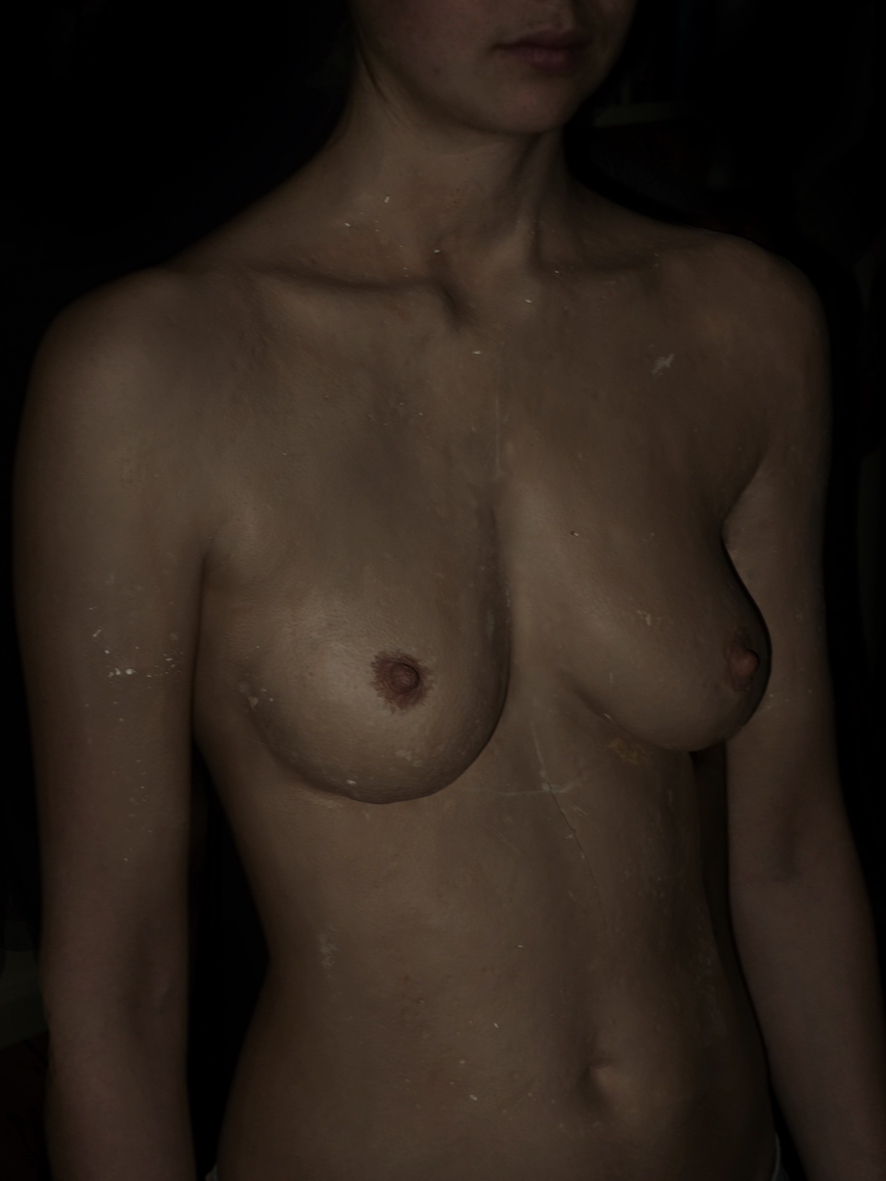 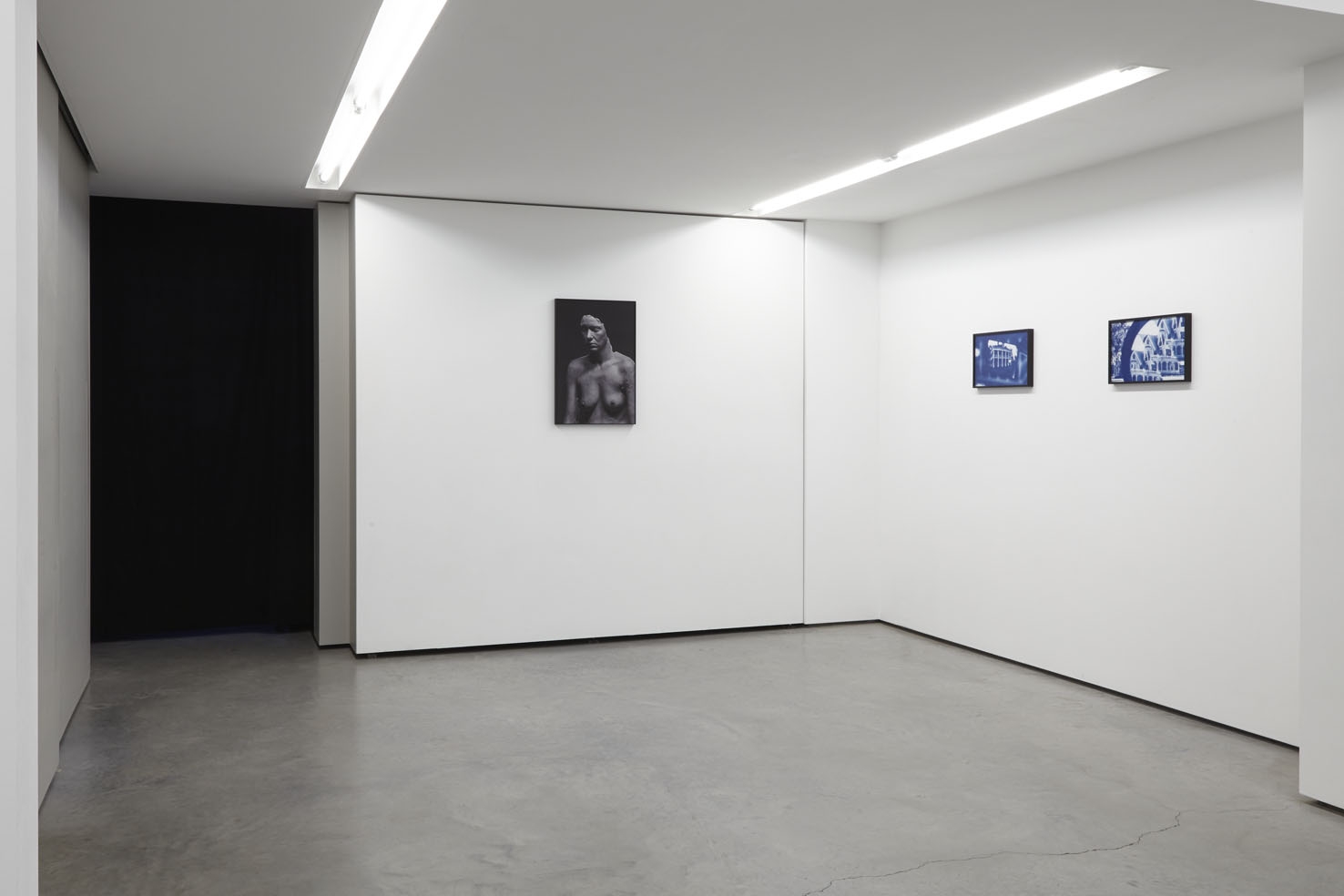 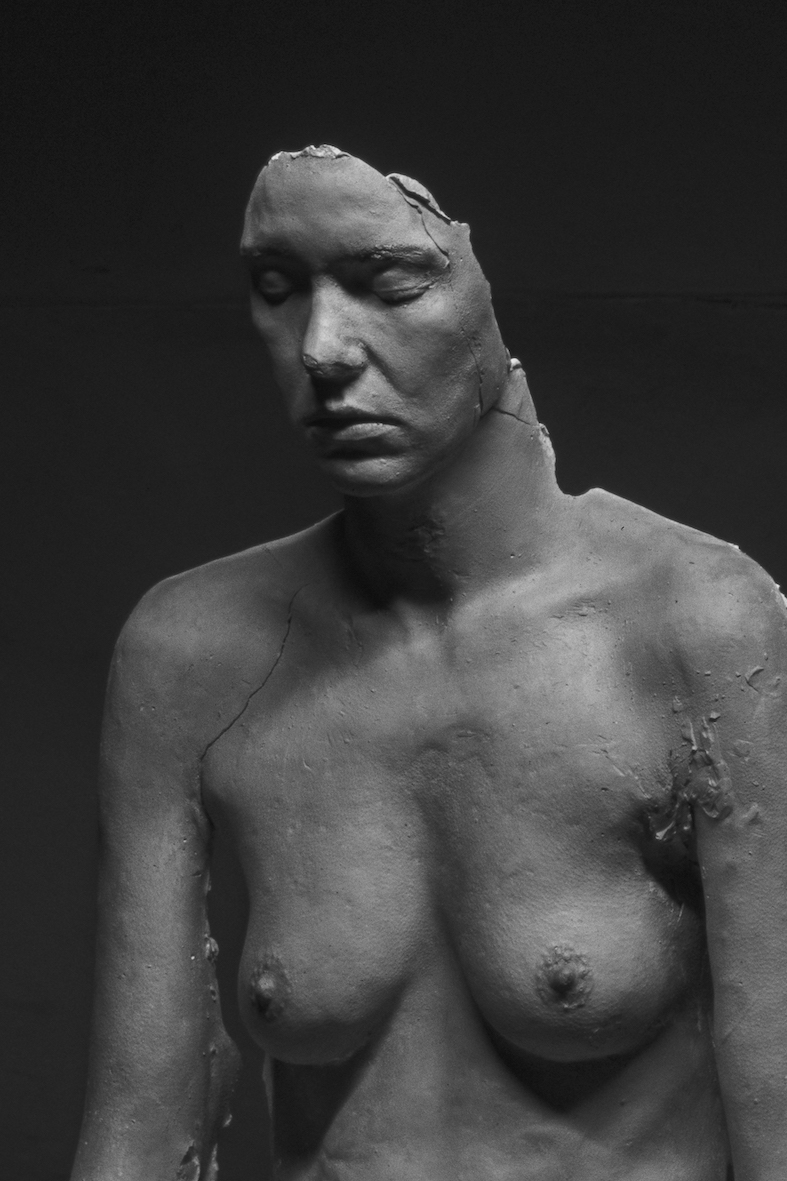 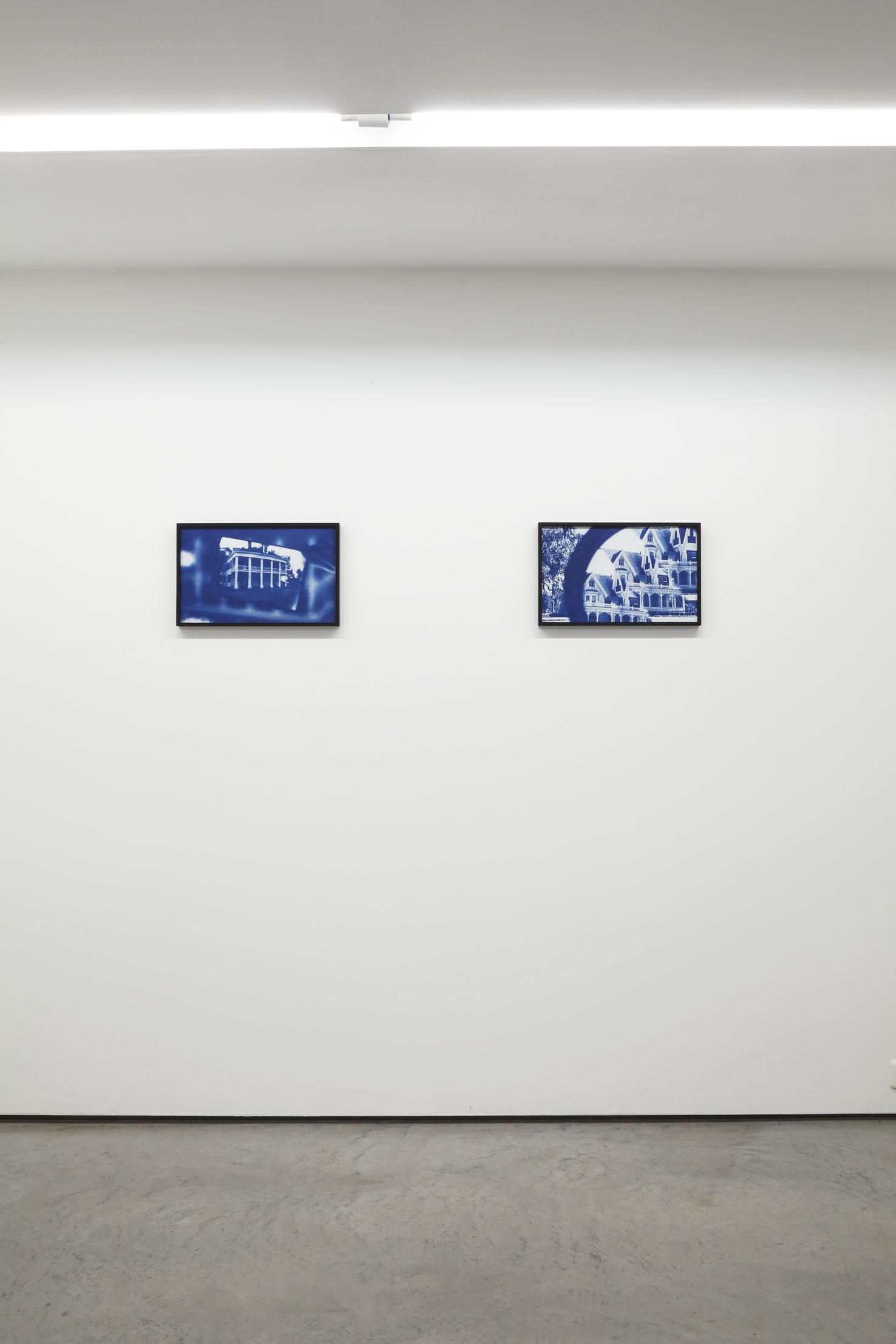 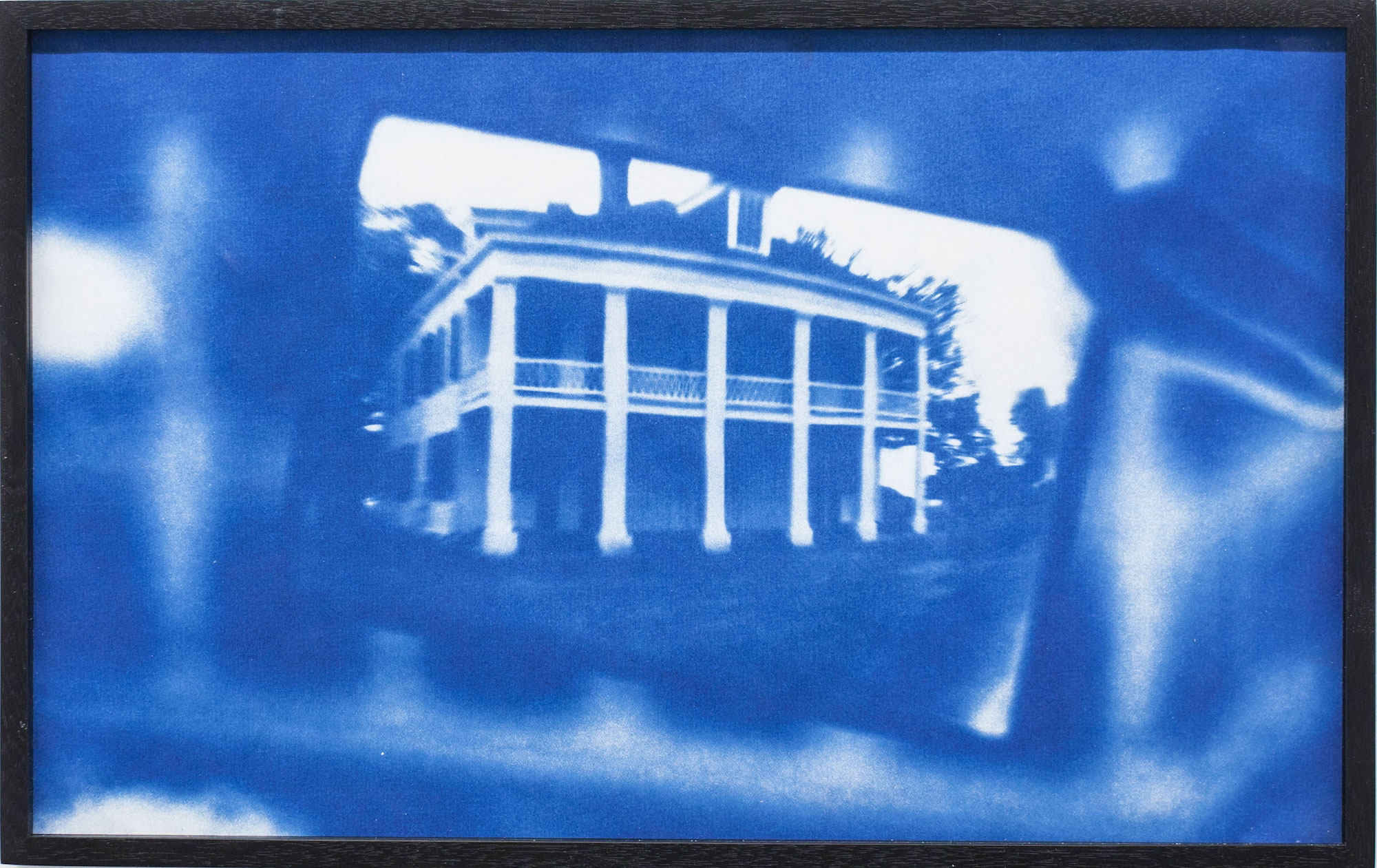 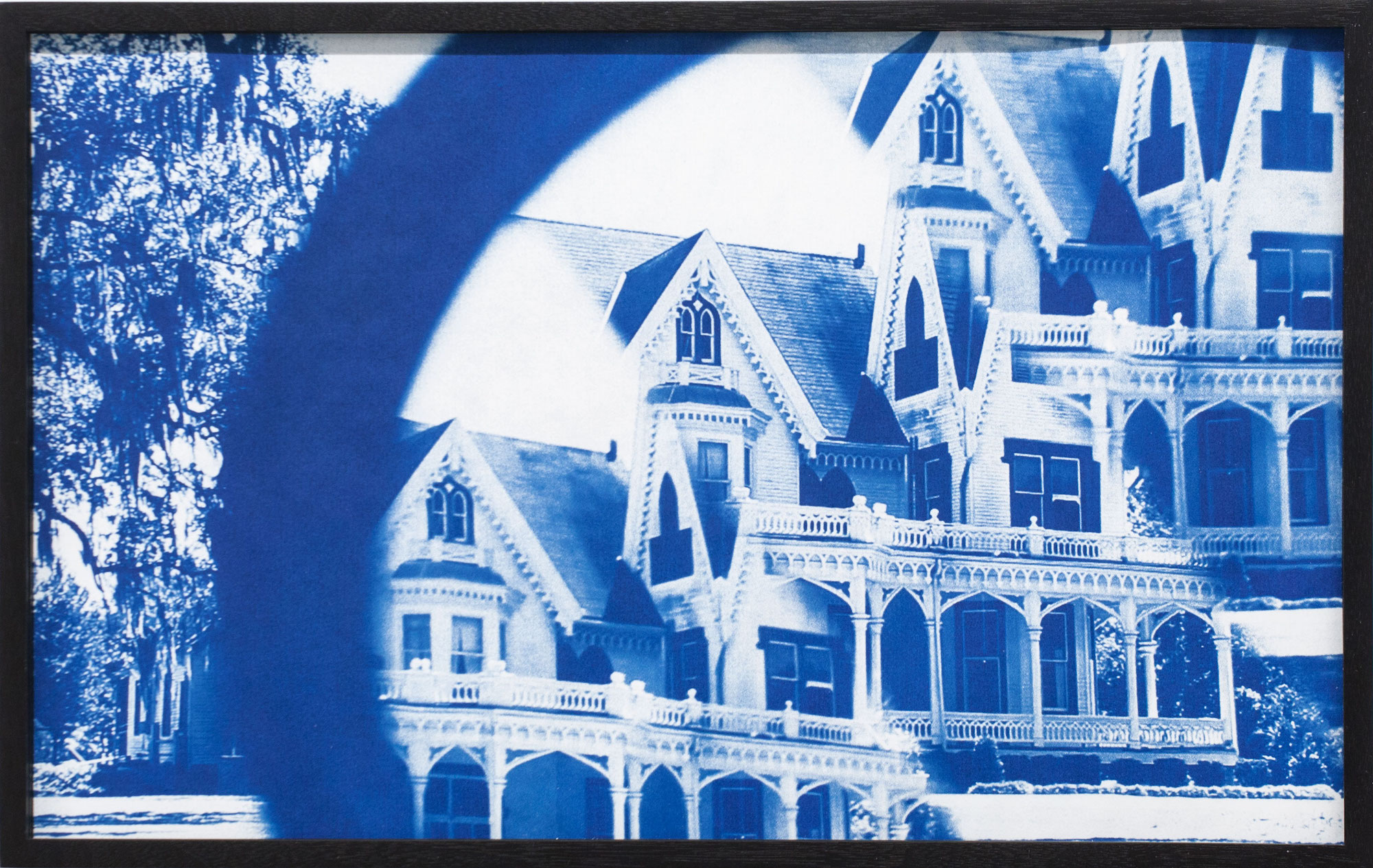 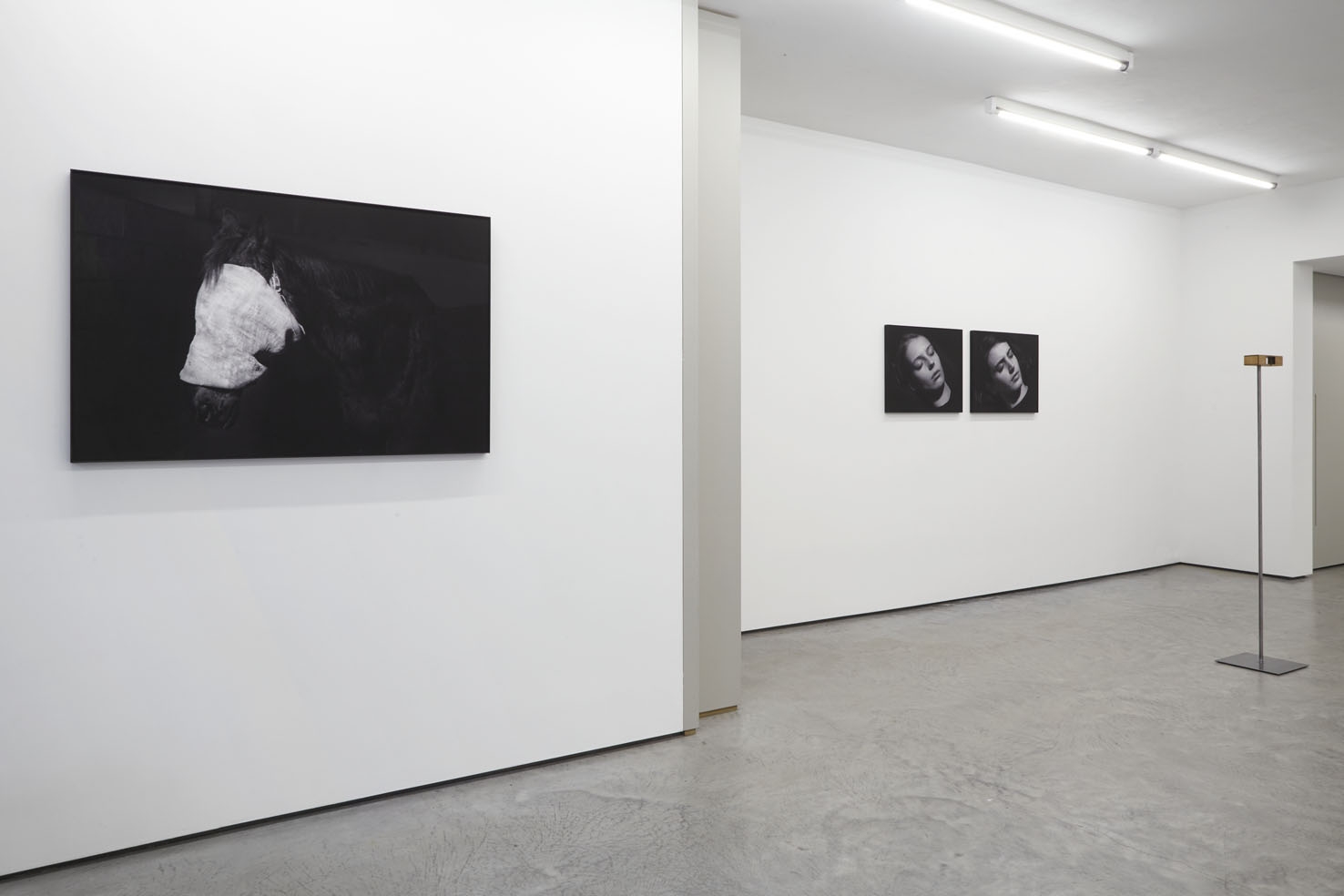 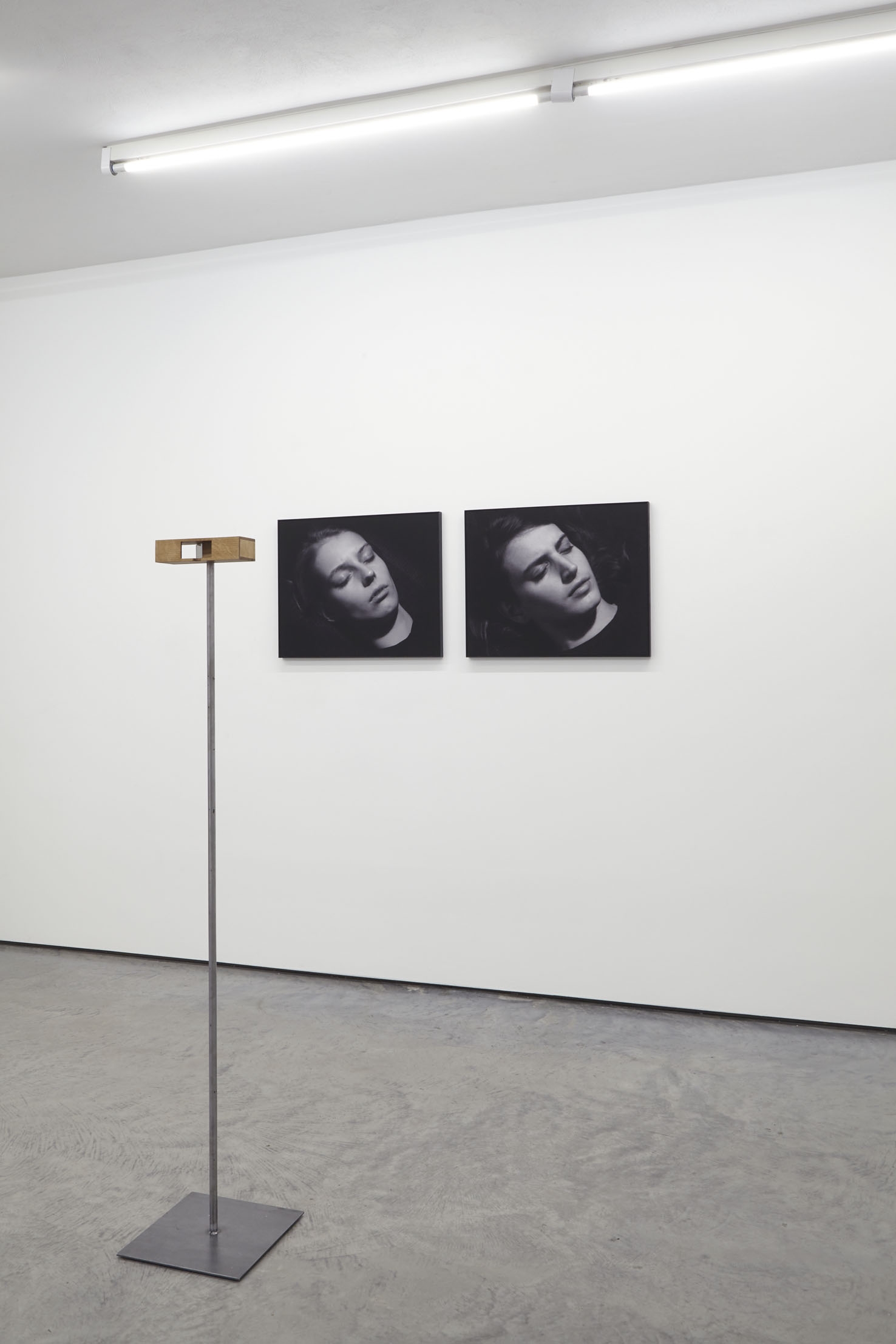 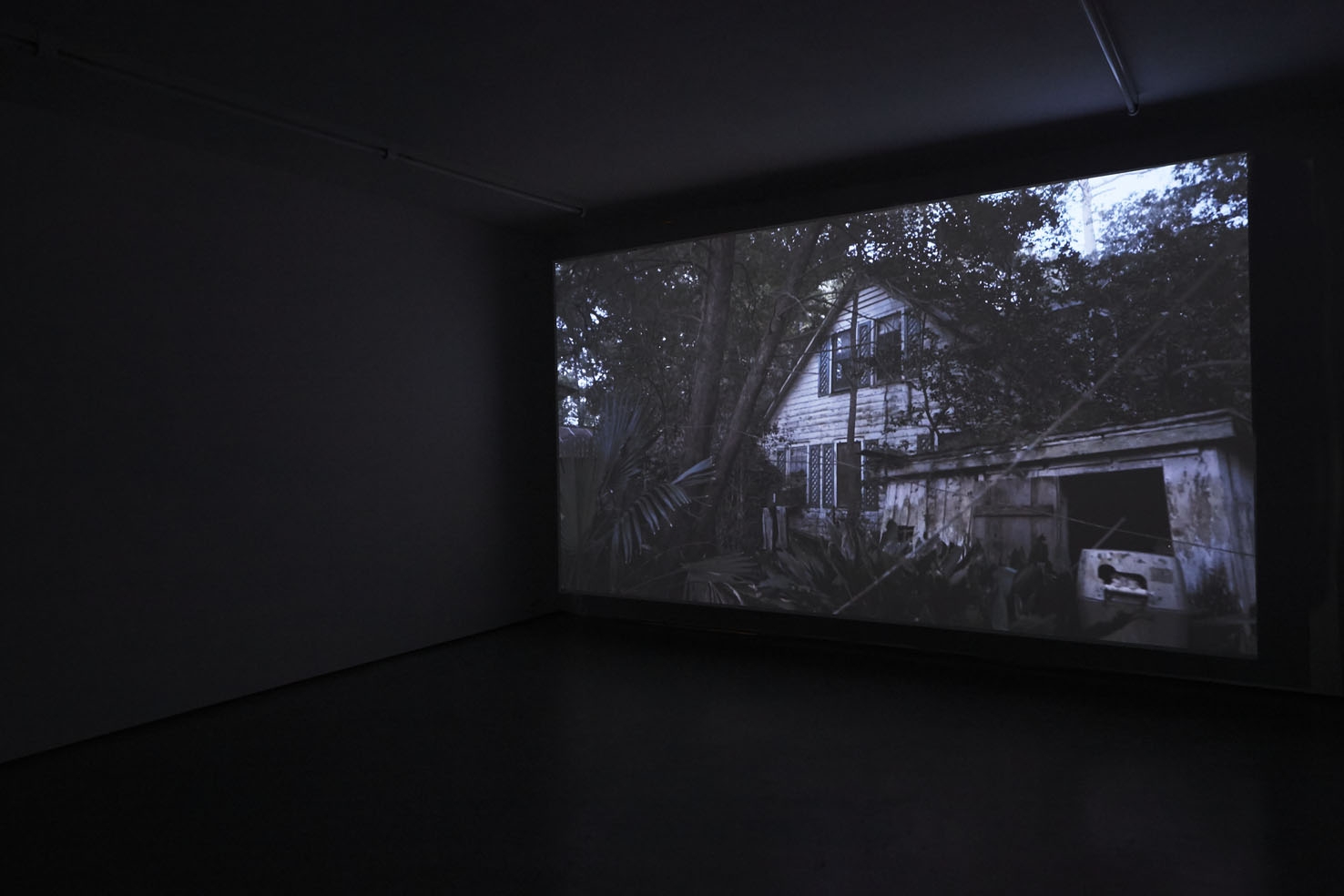 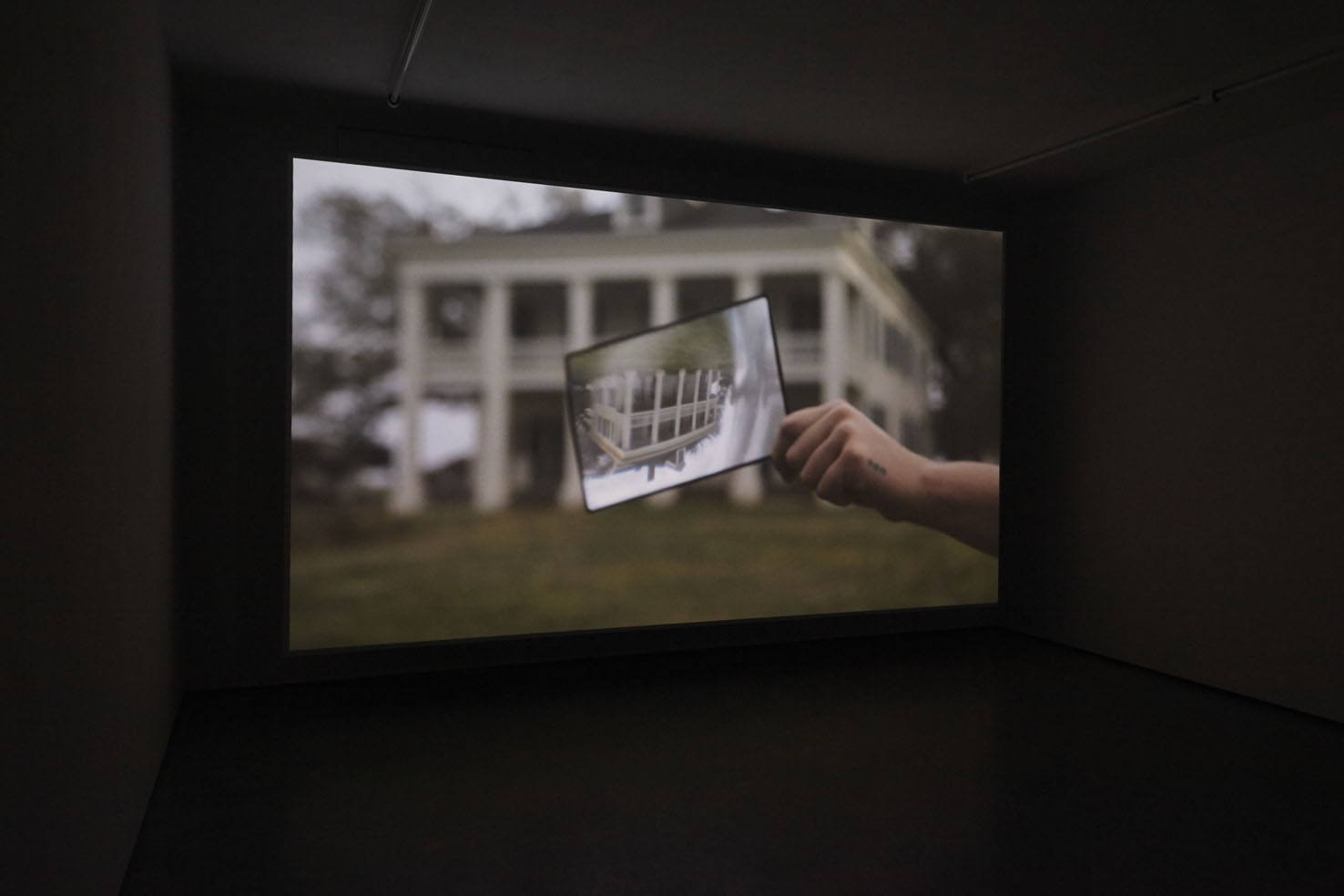 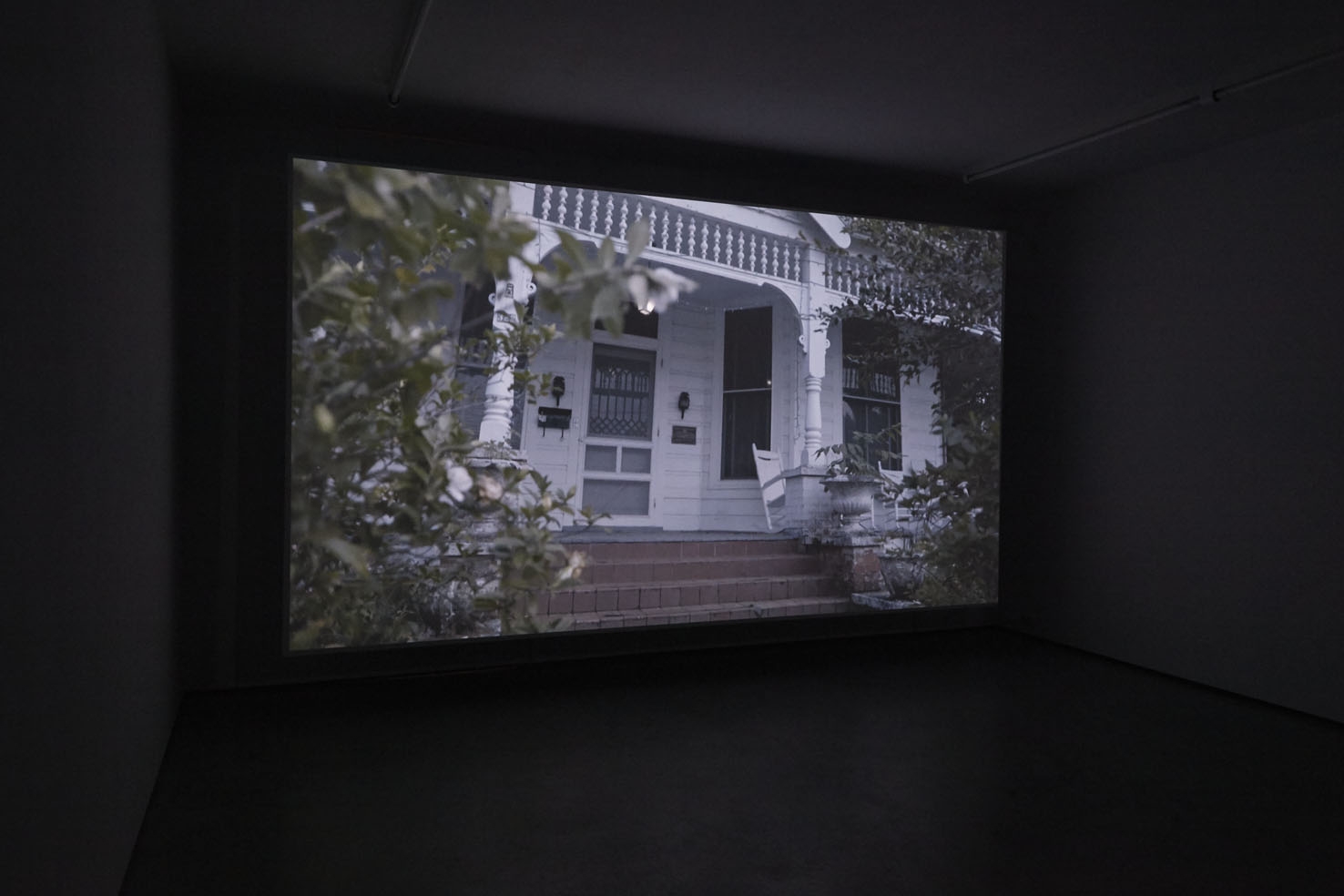 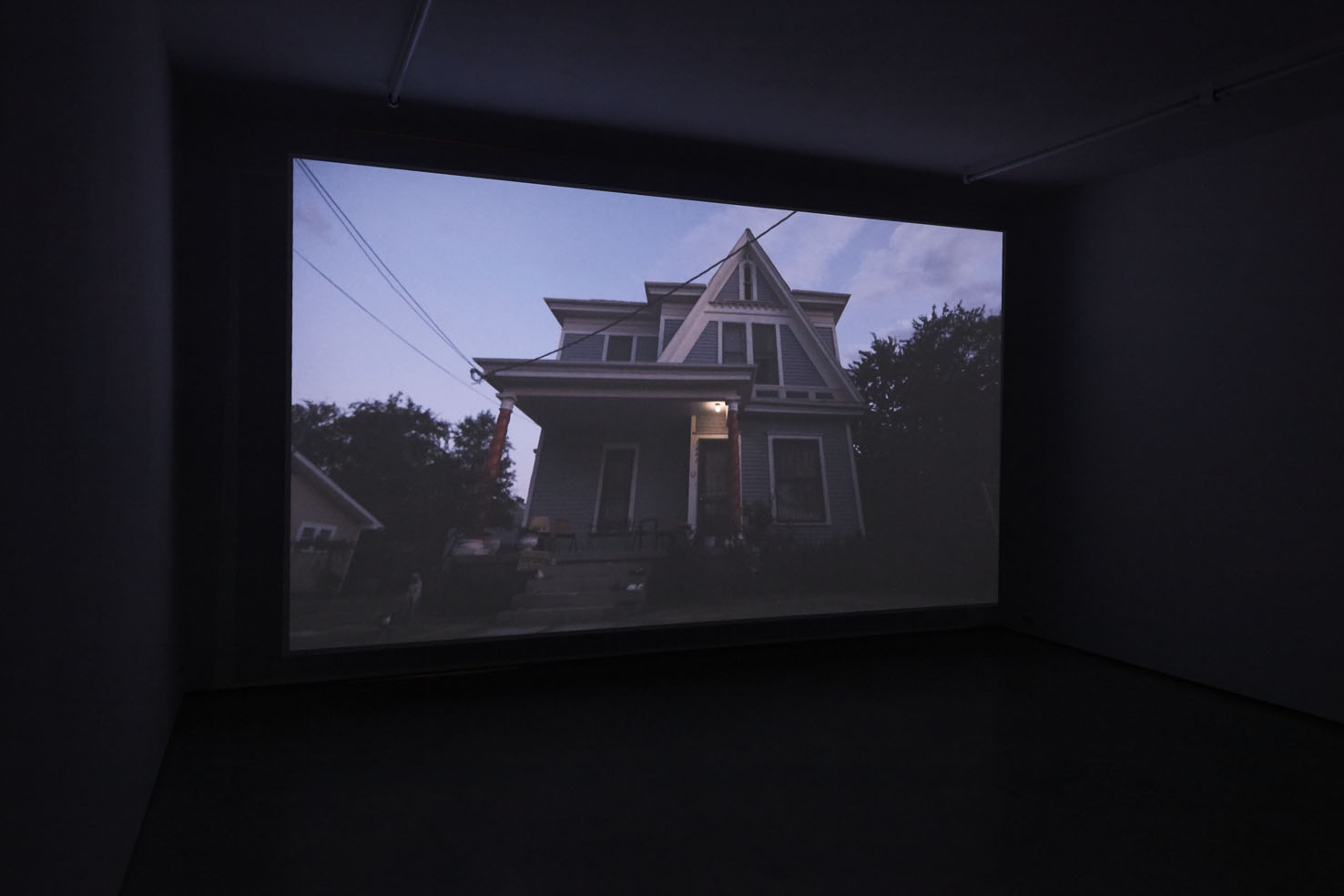 Against the dark background, the shape of a horse materialises out of shadows. In Tom Callemin’s photo Horse (2019), the animal’s head is obscured by a blindfold, which looms pale against the animal’s dark glossy coat. The horse’s ears are pricked, its senses sharp, alert. Unable to rely on its visual perception of reality, the horse apparently surrenders fully to its other senses.

NEVER ODD OR EVEN is an exhibition with work by Tom Callemin and Giovanni Giaretta. Cinematographic illusion plays a prominent role in the work of both Giaretta and Callemin. Whether it is architecture and objects (Giaretta) or people or animals (Callemin): in each body of work, fact and fiction interweave.

NEVER ODD OR EVEN is a palindrome, a phrase that reads the same whether you read it forwards or backwards. The word palindrome derives from the Greek roots ‘palin’ (‘again’) and ‘dromos’ (‘way, direction’) and thus literally means ‘a running back’. The phrase NEVER ODD OR EVEN could loosely be translated into Dutch as never equal or unequal, as never bizarre or ordinary. The exhibition title implicitly suggests the search for the meaning and interpretation of images and the reality they reflect, is one of a constant back-and-forth movement. Callemin’s photograph of the horse magically echoes the title of the exhibition in the sense that the work is an ode to all senses that can, repeatedly, expose the illusion’s ‘makeability’. Fact and fiction are never one or the other but are always fluid and conditioned constructs that are also permanently subject to change.

In La casa (ostinato crescendo), a video work made by Giovanni Giaretta in 2017 during his residency at Deltaworkers in Louisiana, a sequence of shots depicting the kind of houses that appear in mainstream horror films, evokes the stereotypical cinematic ‘house of horror’. Depicted through a series of exterior images – stripped of any immediate filmic references – the buildings serve as variations of the same elements that underpin a psychological tension and its actualization. Like actors, they perform in a fictive world. Robert Smithson once remarked: “Somewhere at the bottom of my memory are the sunken remains of all the films I have ever seen”. In La casa (ostinato crescendo), Giaretta’s cinematic house of horror is the sum, and more, of all the deep-seated images imprinted on his senses. Which infuses the mythic architecture in Giaretta’s work with a singular resonance. Callemin’s Body Double works also share a direct link with the illusion of cinema. Here, an object is portrayed in such a way that it attains the aura of a body. The object is a husk that is suddenly brought to life. NEVER ODD OR EVEN projects images as never equal or unequal, as never bizarre or ordinary.