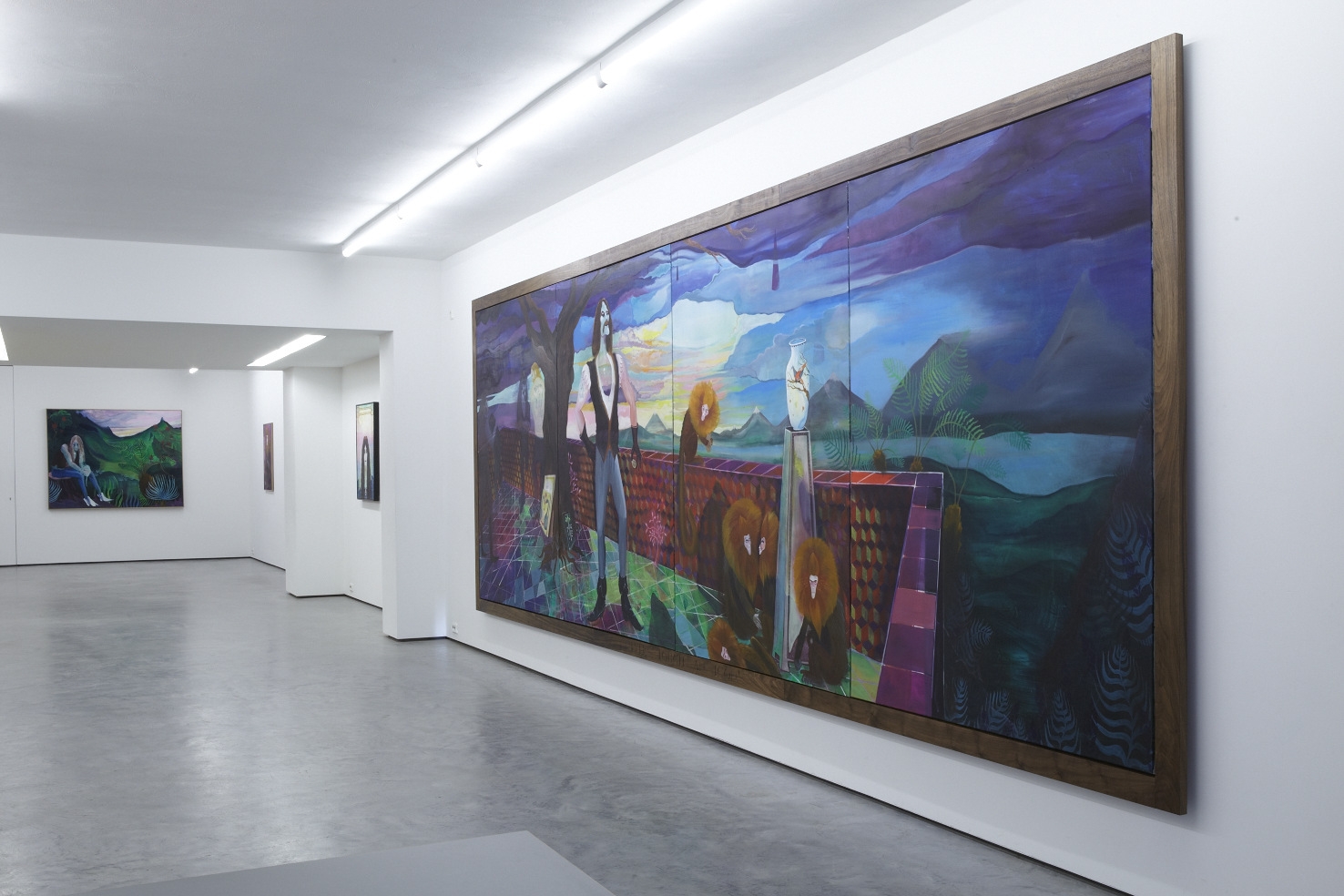 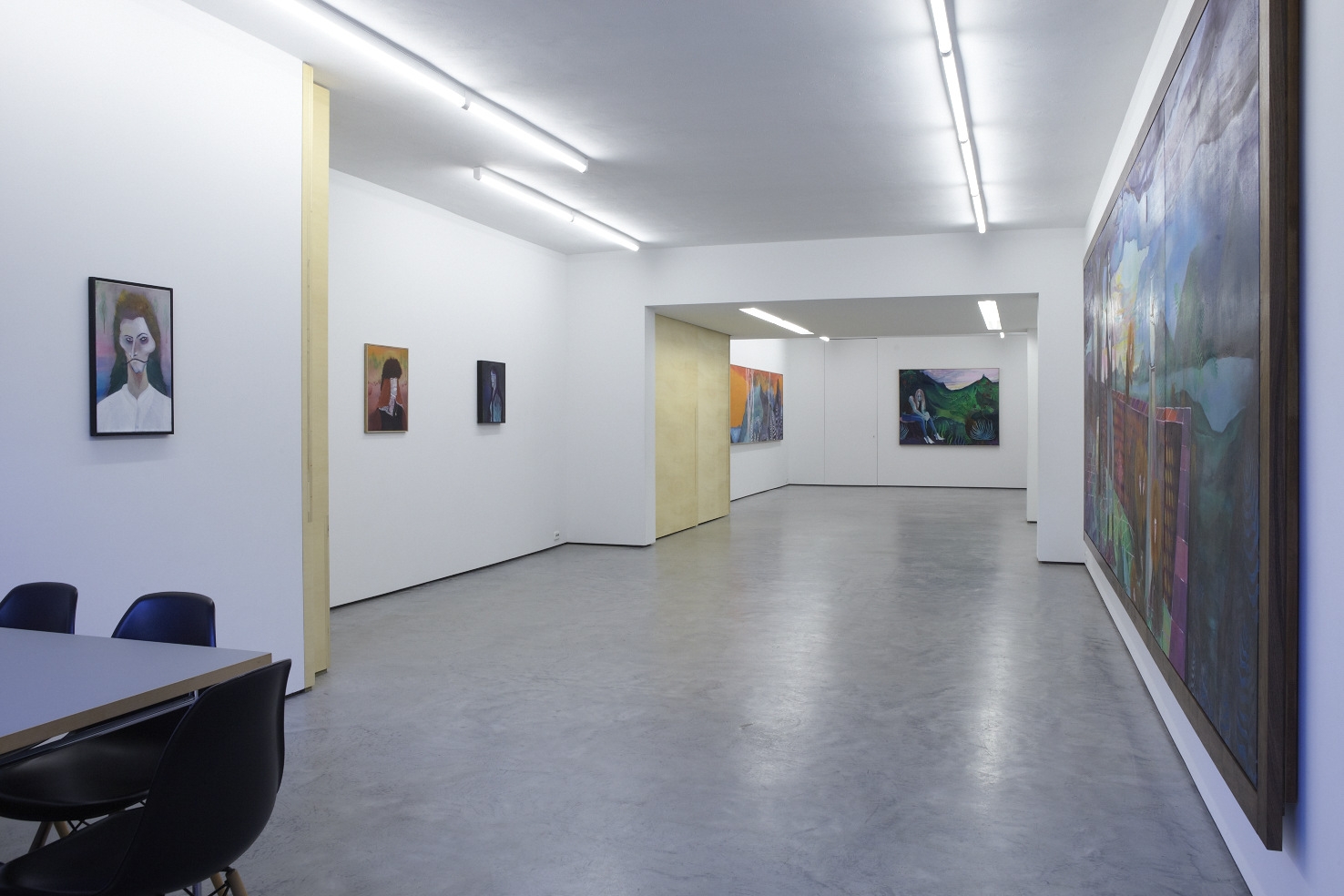 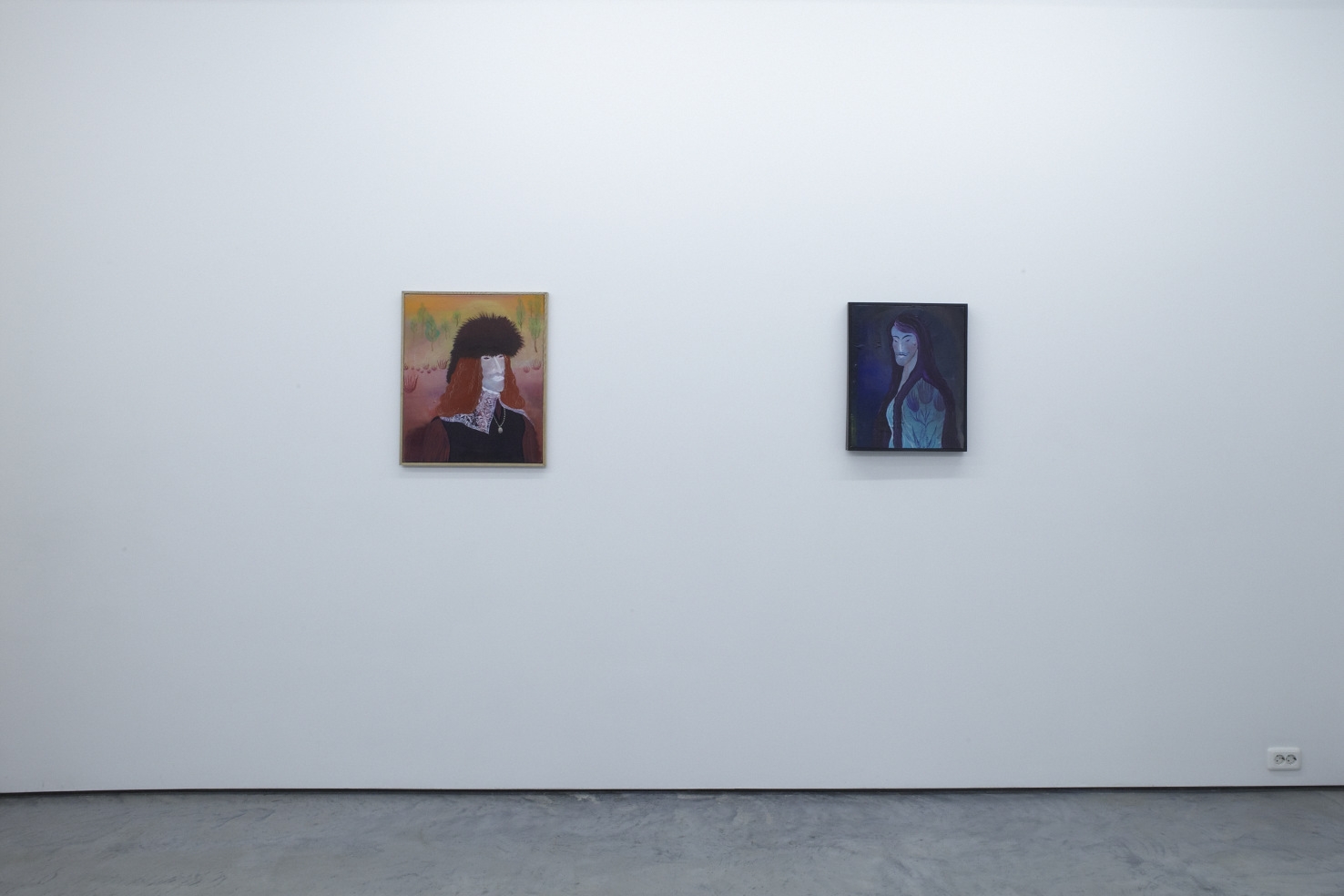 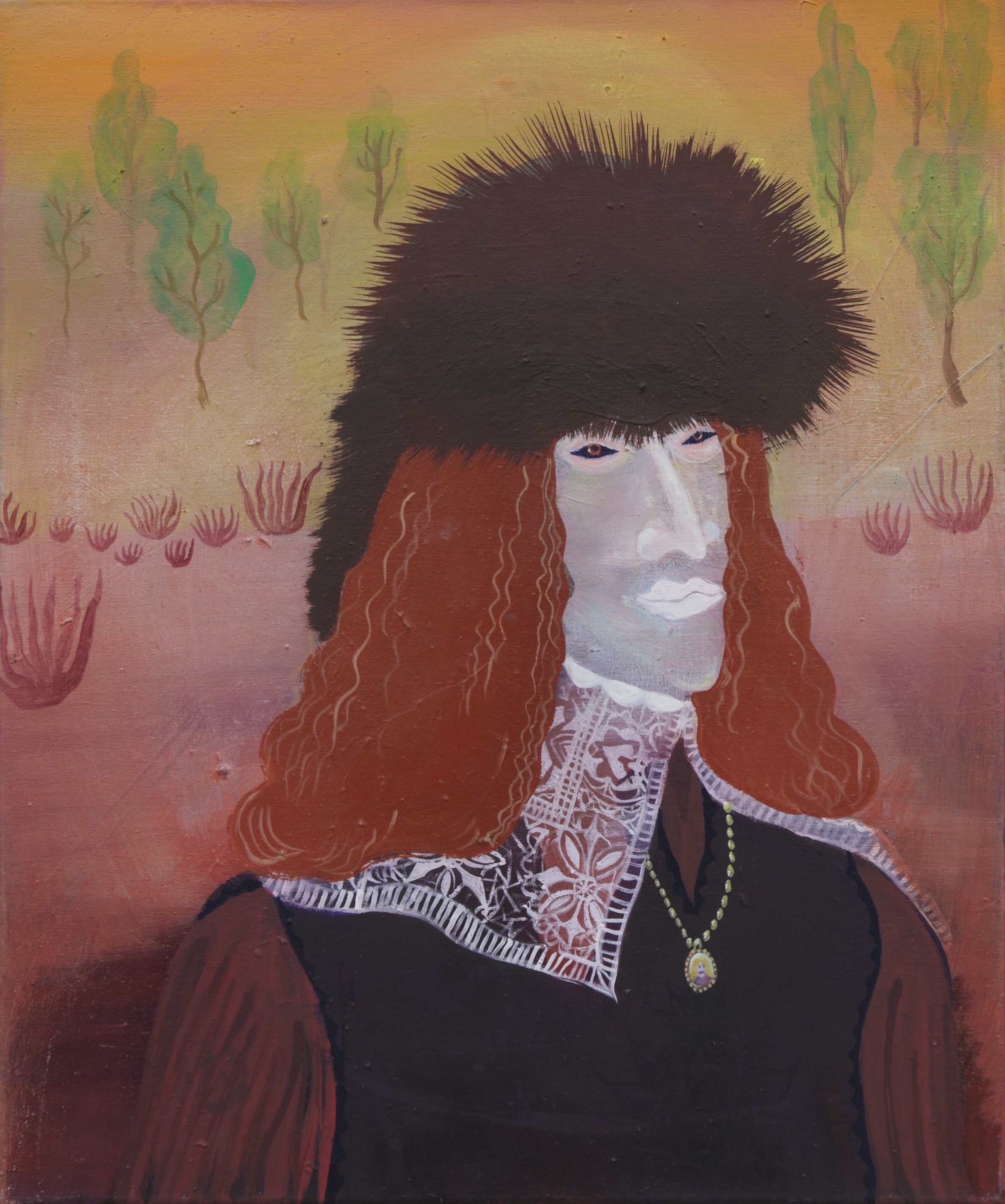 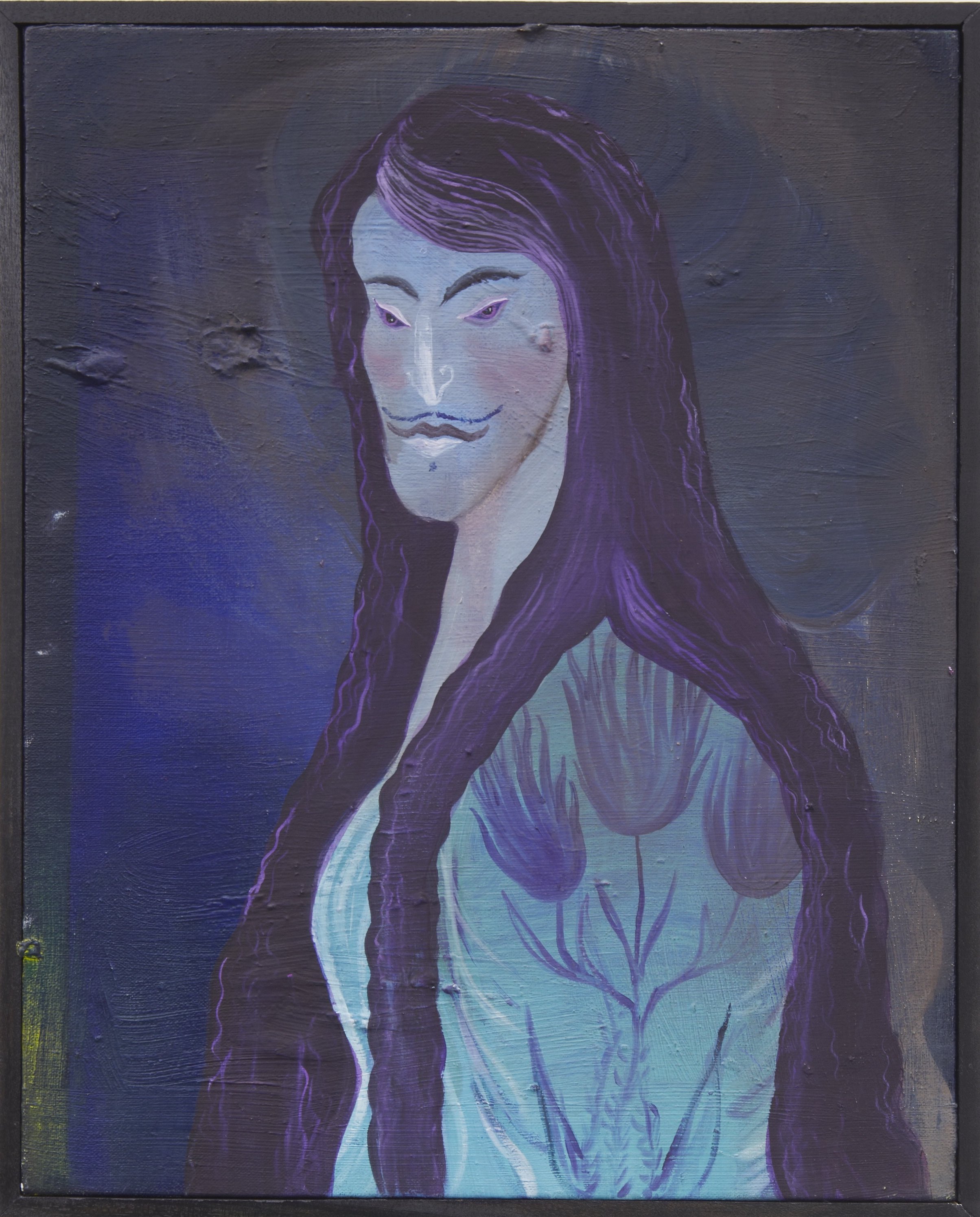 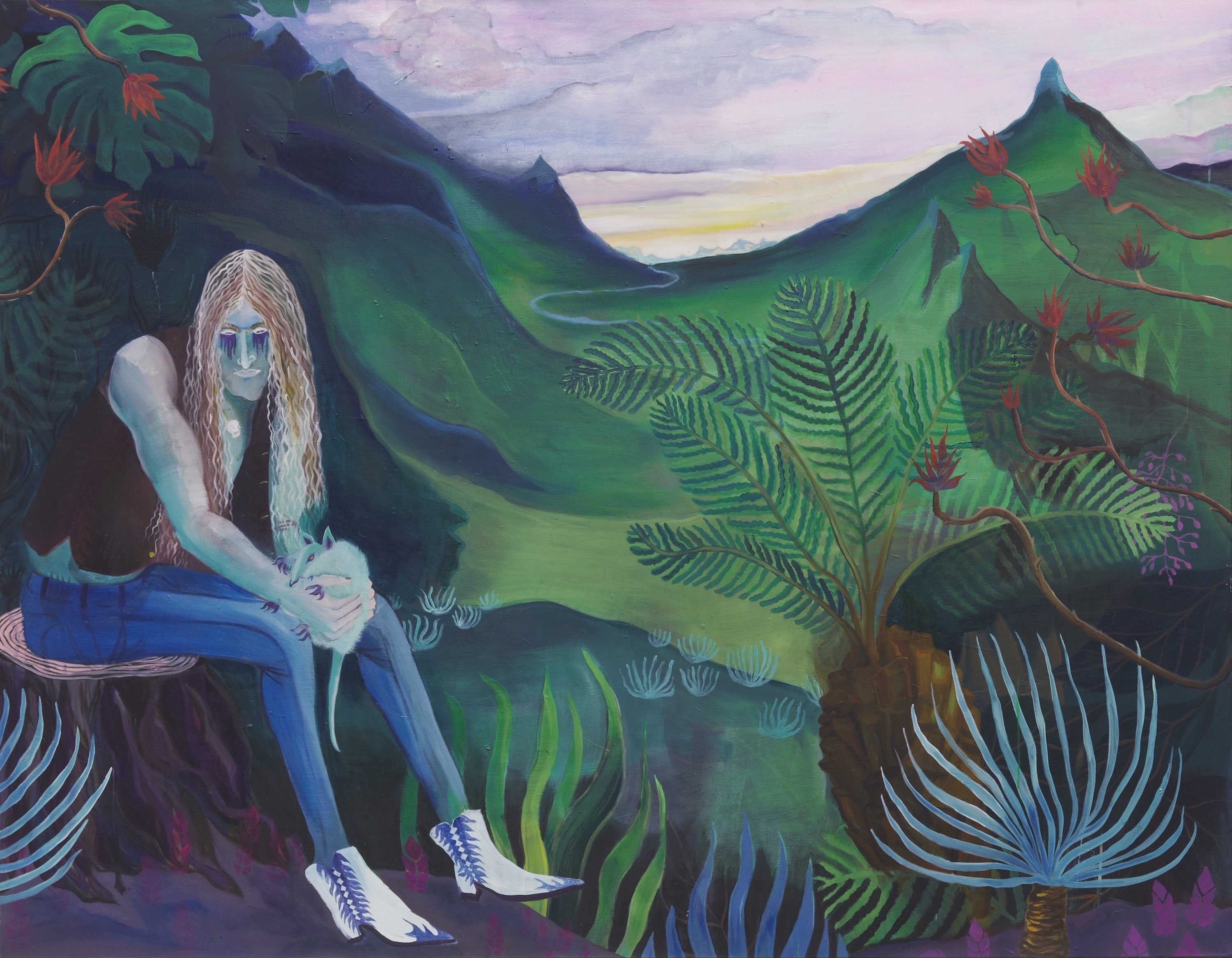 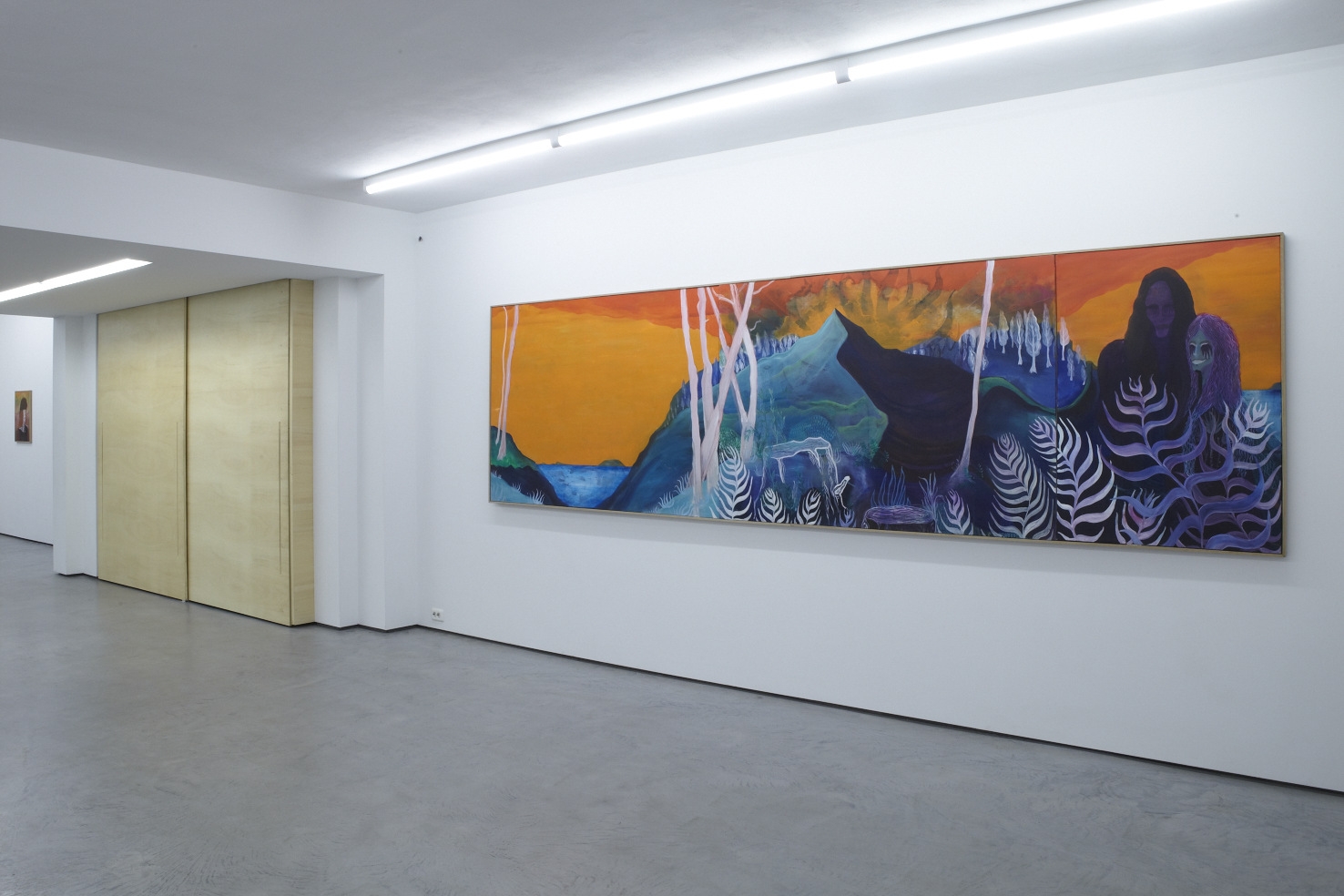 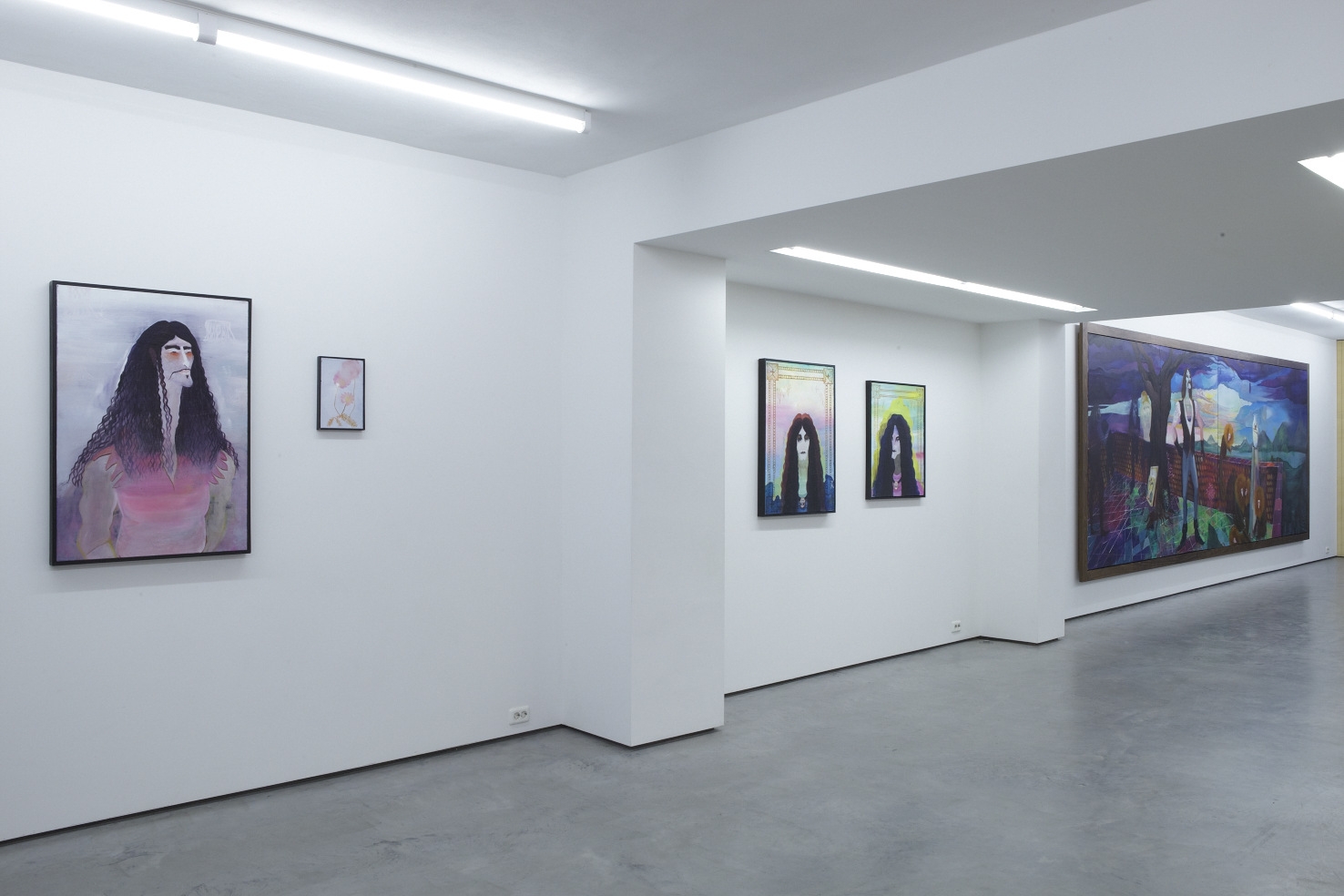 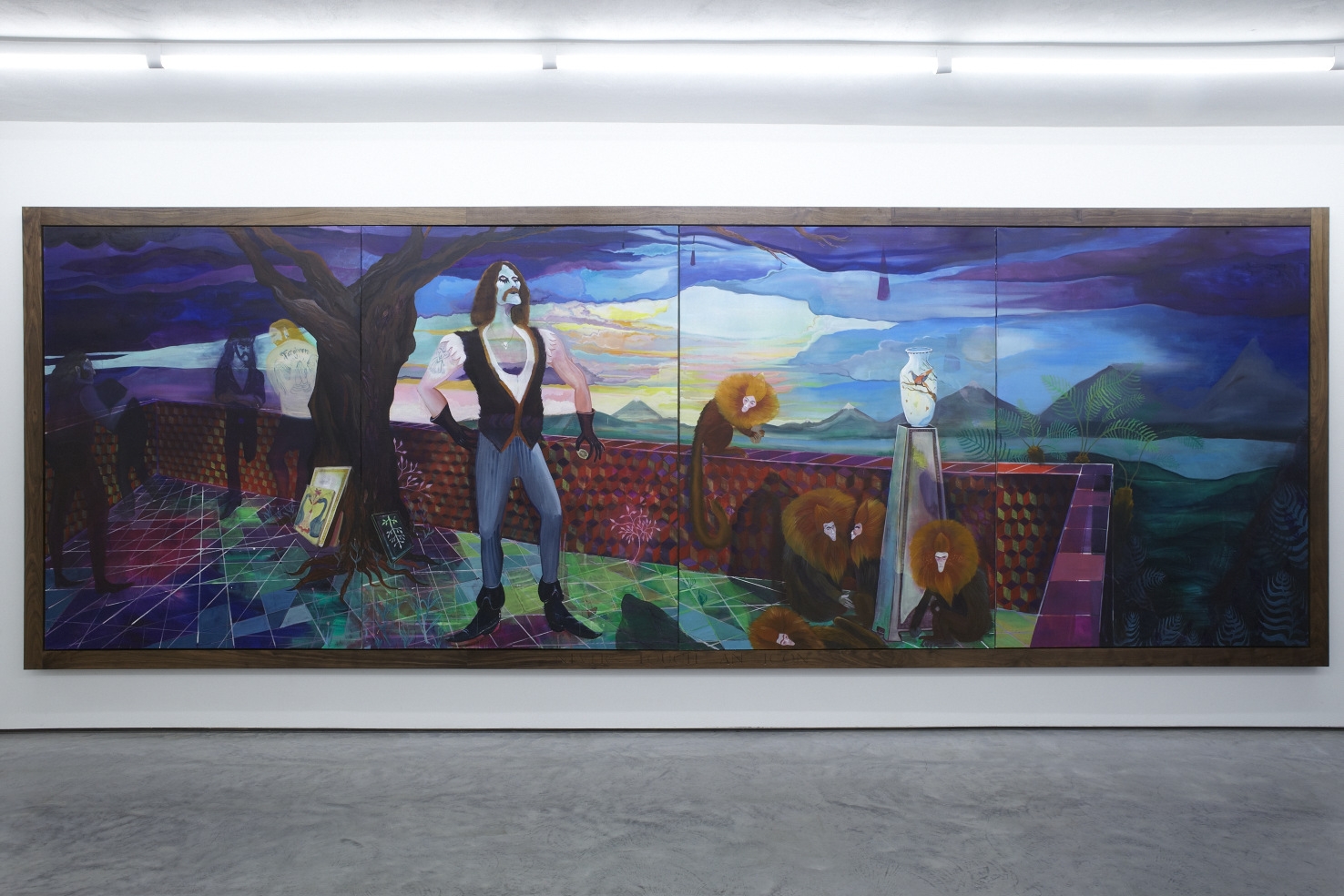 Our word ‘icon’ stems from the Greek word ‘Eikoon’, meaning ‘image’ or ‘portrayal’. Most religious icons are painted portraits of a saint, but these portraits aren’t necessarily intended as a faithful resemblance of the one portrayed. They are more of an unworldly vision of his being, of a divine presence. According to tradition, one can recognise the painter of an icon by simply looking at it. Despite the strict rules for painters of religious icons, who were mostly monks, they still managed to develop their own handwriting.

The ambiguity of the iconic – the symbiosis of the everyday and a divine presence – is continuously being played out since Andy Warhol and the rise of pop culture. The German artist Marie Aly (Berlin, 1980) plays with the concept of the iconic in the works made for her exhibition Never Touch An Icon. The characters, who she portrays close-up, or places in fictitious, dreamy landscapes derive from the world of high and low culture, from art history, or from her own everyday environment. It is not just the religious tradition, but particularly the fact that iconic images – including our contemporary icons – function as substitutes for the divine, which fascinates her.

Marie Aly’s paintings originate from a process where intuition is the most important precept, and in which the image pushes itself forward during the act of painting. She finds concrete incentives and themes from which to start a painting in magazines, on record covers or in other media. Formal principles, such as colour and composition, further determine the development of the image. The fact that Aly doesn’t make any sketches, means her paintings show a history of many painterly layers and decisions, of thick lines and details carried out to extremes, a history of possibilities and impossibilities.

On her way to her studio, Marie Aly passed a shop window, with framed photos of film stars and pop musicians. A folded piece of paper stood placed between the photos, the text on the paper read ‘Never Touch An Icon’. It seemed as though this text was meant for her and she immediately knew that, there in the window display, she had found the title for her exhibition. In the paintings of Aly, notions such as ‘aura’, ‘inspiration’, or ‘the sublime’ are questioned. She does this in an entirely personal manner: carefree, brazen and sensitive at the same time. In Never Touch An Icon Marie Aly challenges the notion of iconic presence.