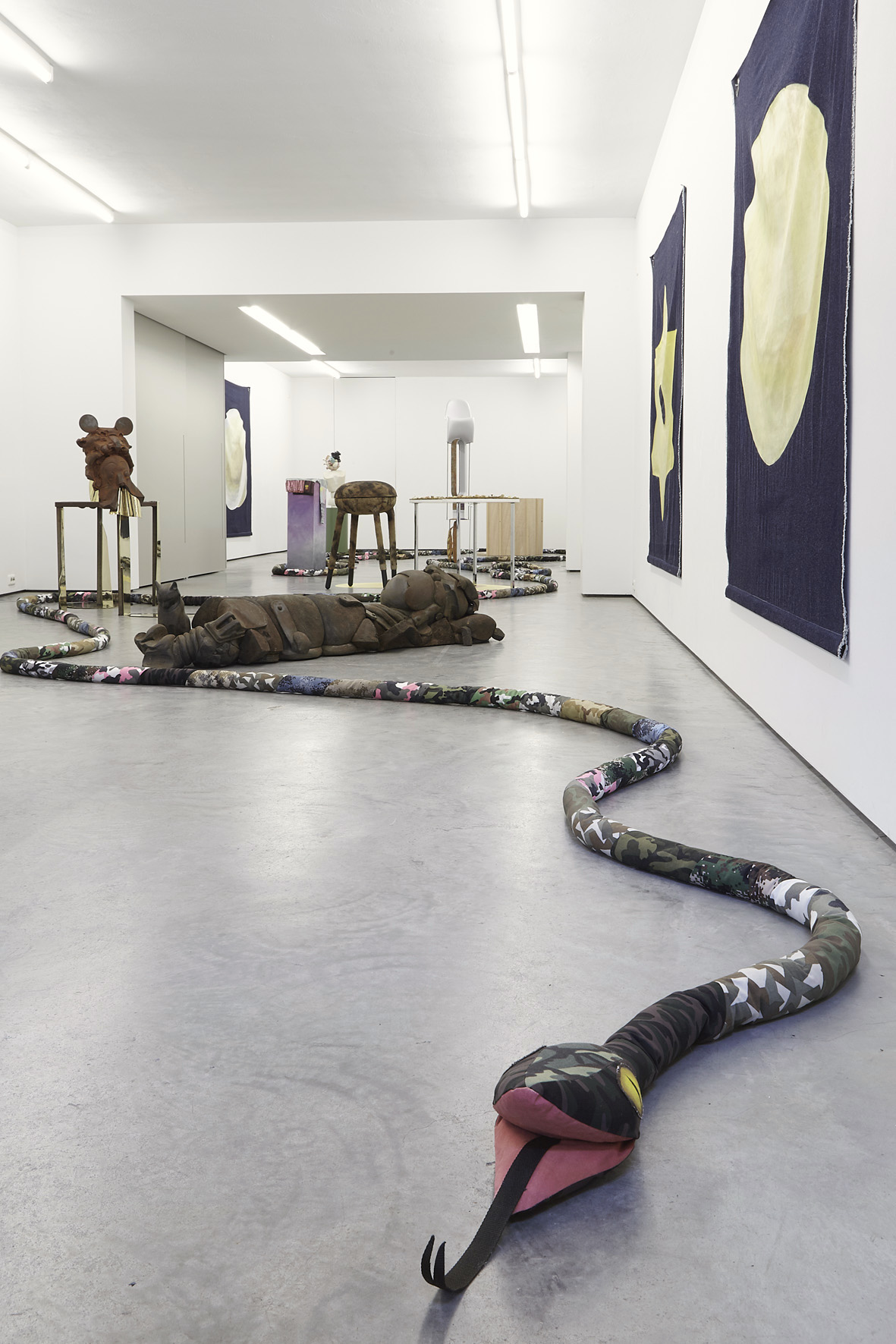 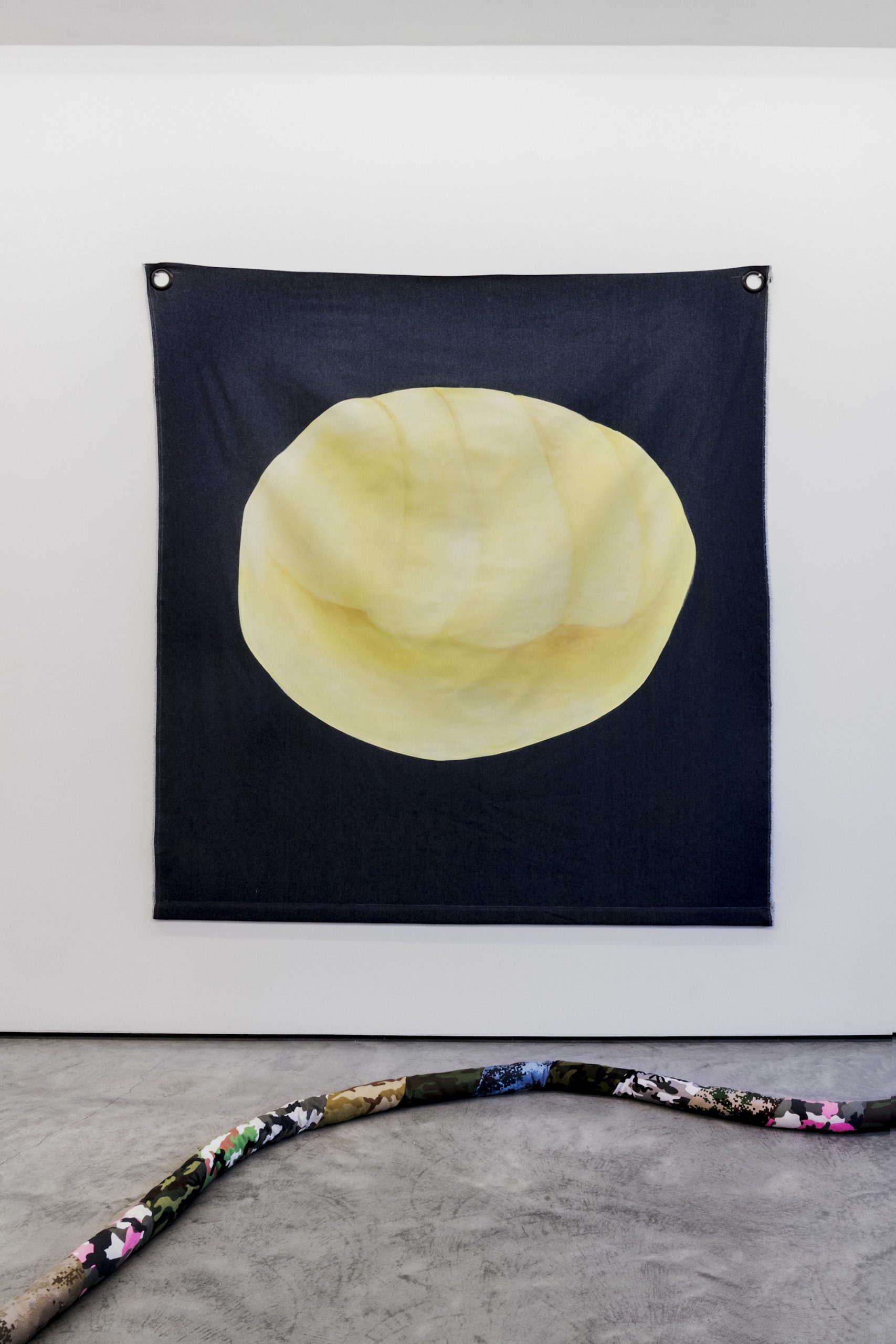 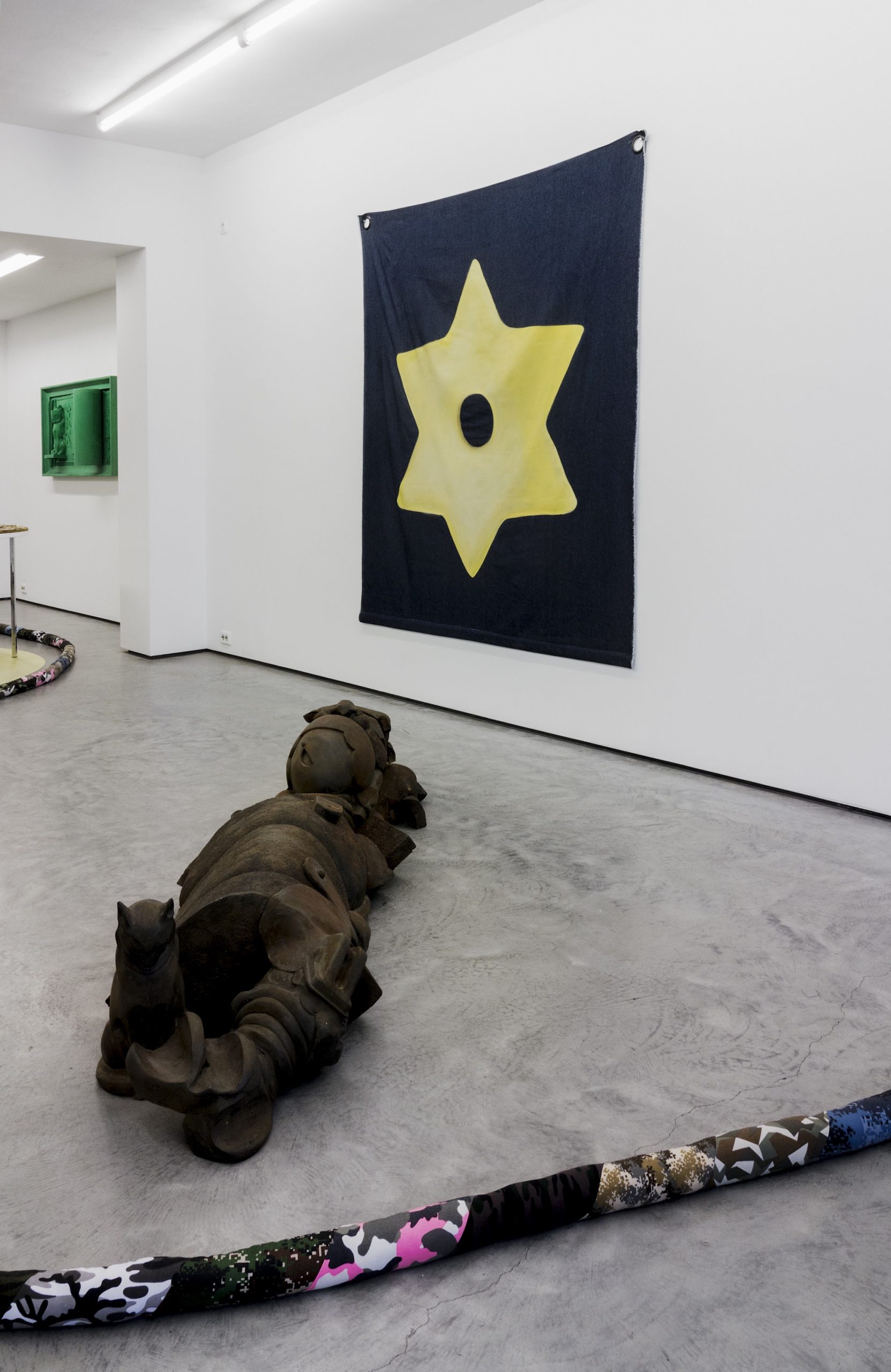 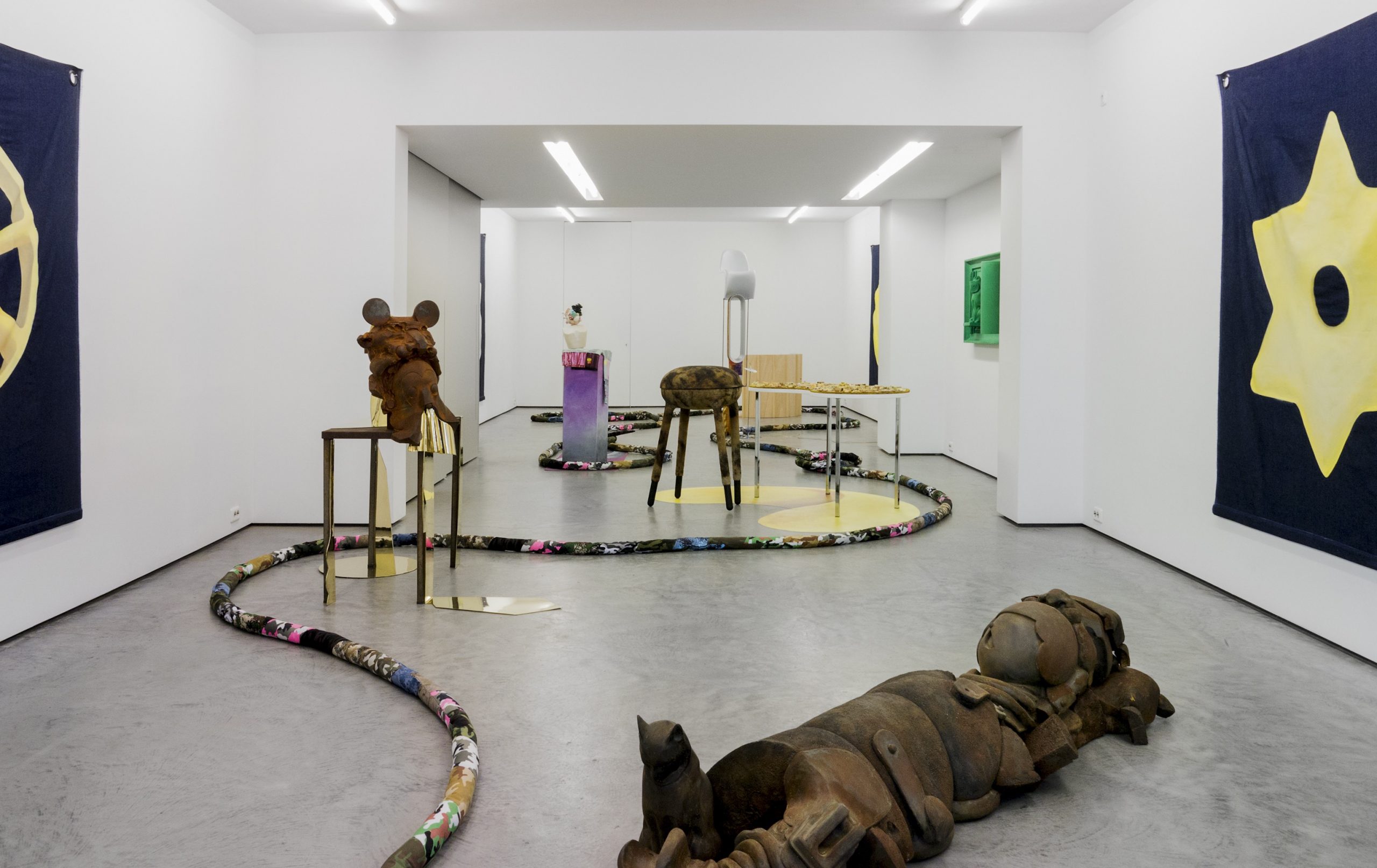 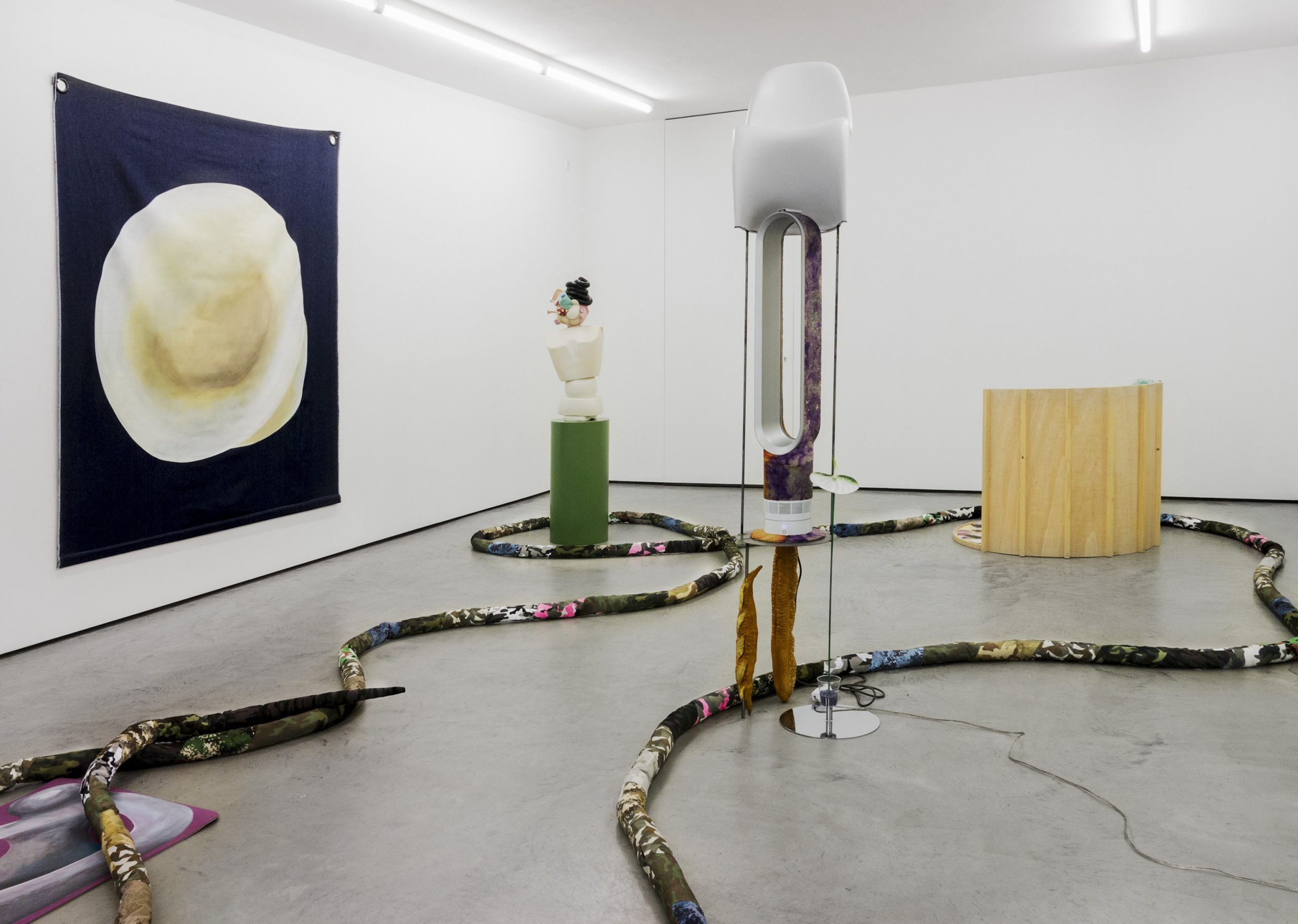 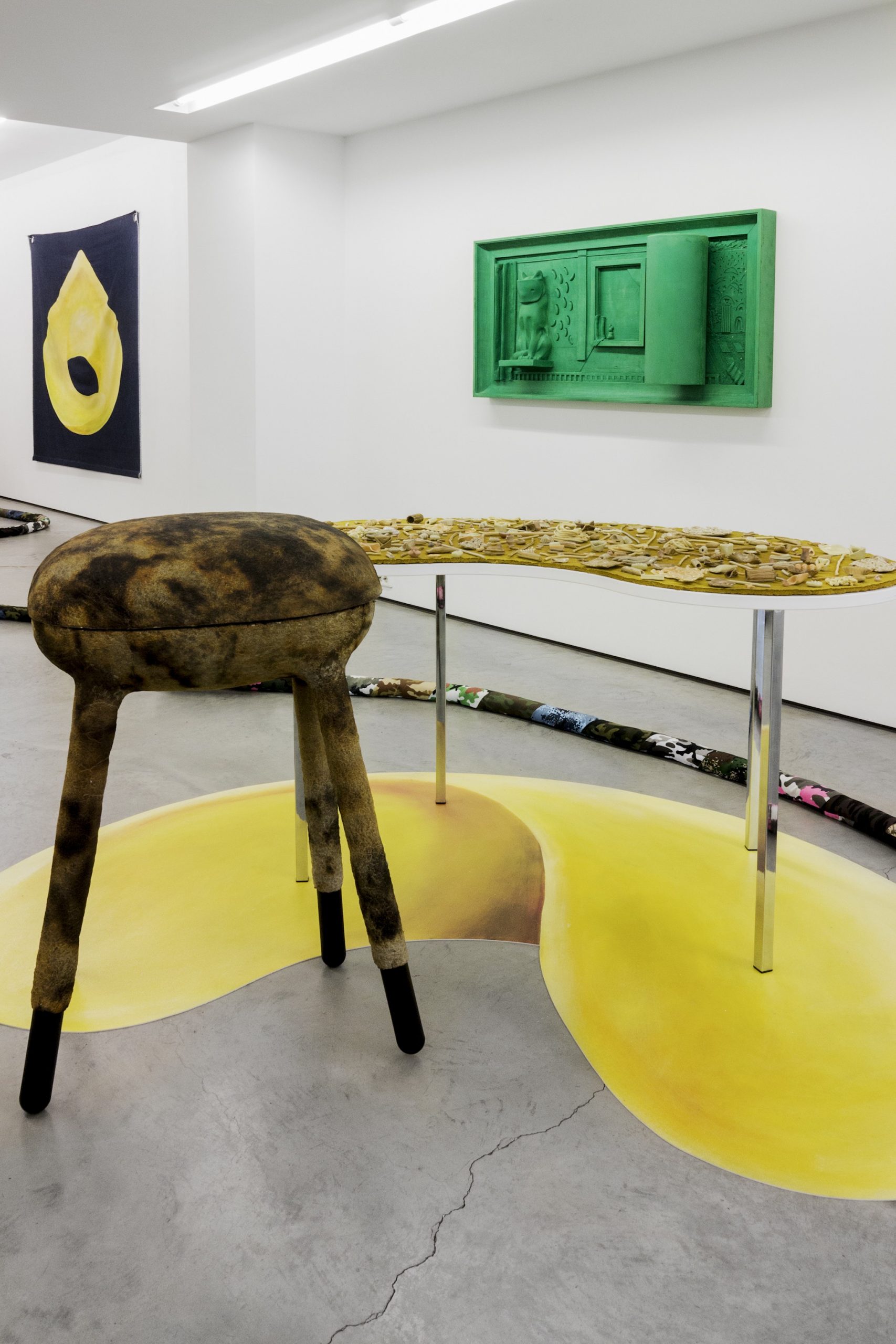 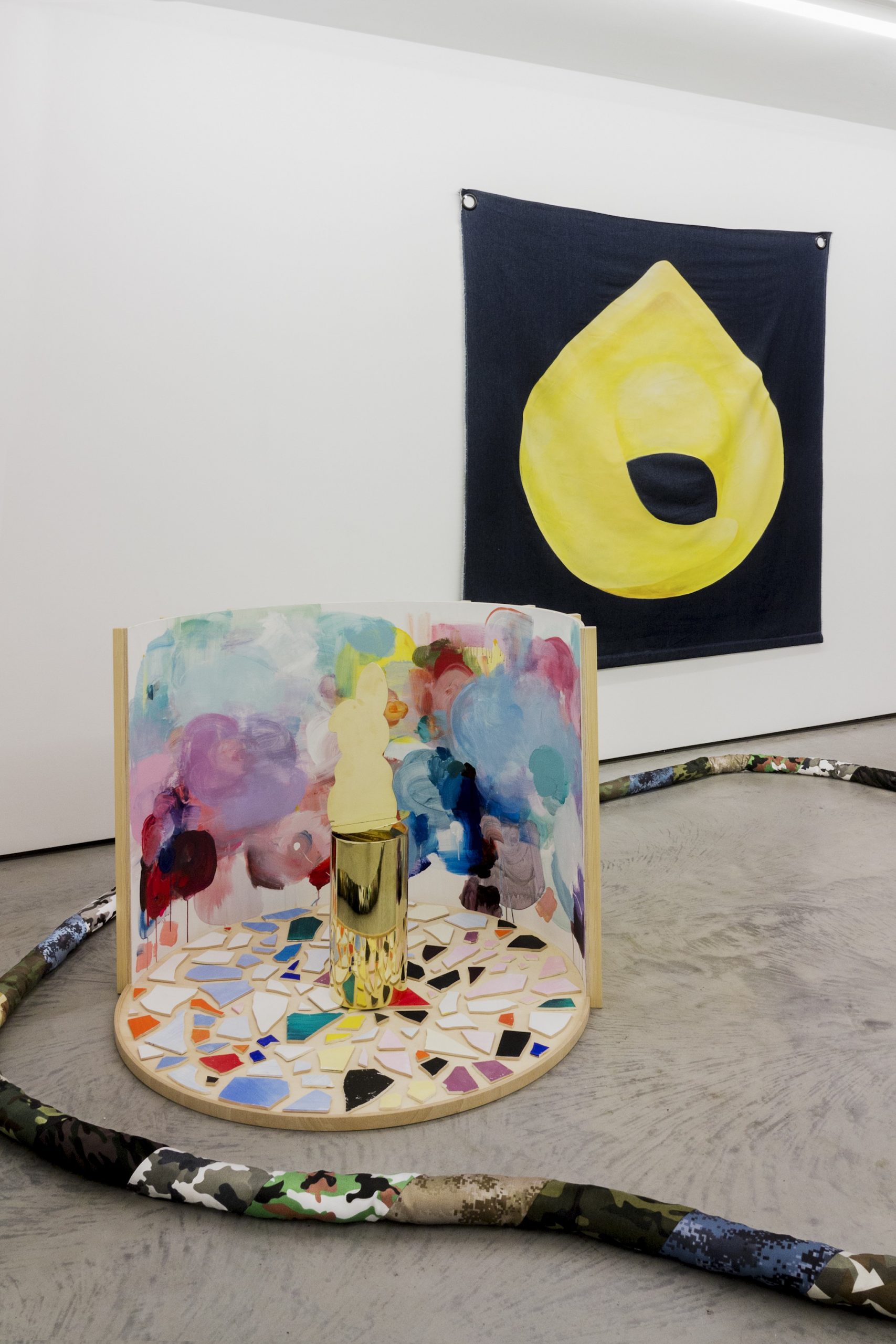 For ‘NAP2’, the collaboration of galleries in the Jordaan district of Amsterdam was expanded from six to nine gal- leries. Under the title ‘Veracht den burgerman, doch ledig zijne kruiken’ (‘Despise the solid burgherman, but drink deep of his flagon’), Joost Declercq, director of Museum Dhondt-Dhaenens – in Sint Martens-Latem in Belgium – and curator Charlotte Crevits, co-curated an exhibition comprised of nine duo presentations.

The poem ‘Vademecum voor den Dichter’ (‘Vademecum for the Poet’) written in 1929 by the Flemish poet Richard Minne, inspired the title of ‘NAP2’. Minne wrote for the Socialist newspaper ‘Vooruit’ and for the satirical magazine ‘Koekoek’ that took a light-hearted look at politics, art and other effusions of civilisation: gently mocking all that was too straitlaced or not wayward enough, adding a splash of vinegar to something overly sweet, and a spoonful of honey to whatever’s too sour! Minne’s words seemed a fitting motto for NAP2, at a time when the gallery format is facing challenges and needs to find new ways to share artists’ work with audiences.

For the first edition of NAP, in 2017, Alessandro Vincentelli, curator Exhibitions & Research of BALTIC Centre for Contemporary Art was invited as guest curator. Under the title ‘Where do we go from here?’, Vincentelli staged an exhibition that treated the separate spaces of the six participating galleries as a single exhibition venue featuring work by a selection of artists from the gallery programmes. Responding to topical issues of the day – Donald Trump’s election as president of the United States and the imminent Brexit – the general tenor of the presentation was one of social and political critique.

Joost Declercq chose to explore the relationship between the artist and the gallery for ‘NAP2’. Declercq talks of his concept as ‘theme-less’ and ‘apolitical’: “This creates a unique platform to foreground, question and even perhaps undermine, the essence of art itself. In the absence of a predetermined theme, subjectivity, spatiality, discus- sion and intuition are the prevailing concepts. Ideas that today, in a globalised and increasingly market-focused art discourse, threaten to be undermined by trivialities.”

Declercq’s intuitive approach is all about the encounter. Declercq: “In the two-person presentations I chose to bring the work of an artist represented by his or her gallery in the Jordaan into confrontation with the work of a guest artist. The specific DNA of each of the nine galleries prompted a dialogue with galleries and artists from Amsterdam and elsewhere. Longstanding connections between Belgium and the Netherlands were brought into play, and new links were discovered. What resulted were compelling combinations which, in many cases, even I had not anticipated. The artistic quality of the Jordaan extends far beyond its boundaries. Nurtured by the Rijksakademie van Beeldende Kunsten, the Stedelijk Museum, De Ateliers and De Appel, the galleries are at the European forefront of discovering, guiding and supporting young artists developing an international career.”

“My selection of artists is subjective, driven by a personal desire to deepen my understanding of certain artists and their work. Which led to conversations with artists and gallery owners. The gallery owner stands between the artist and the outside world. A gallery presents, and ‘protects’, an artist. The interplay between gallery, artist and outside world is a complex synthesis of factors, relating both to art, and to practical and strategic considerations. Hence the importance of listening not only to the voice of the artist but also to that of his or her translator, the gallery owner. The galleries’ various spaces, each with its own unique physical characteristics, also had a hand in my selection. In curating the exhibition, my intention was to foster dynamic artistic encounters – opportunities to greet each other, test each other’s boundaries, take each other’s measure. Amsterdam is remarkable for its diversity, its recalcitrance. The galleries do not affirm, nor do they consolidate; they question, and radiate vitality.”