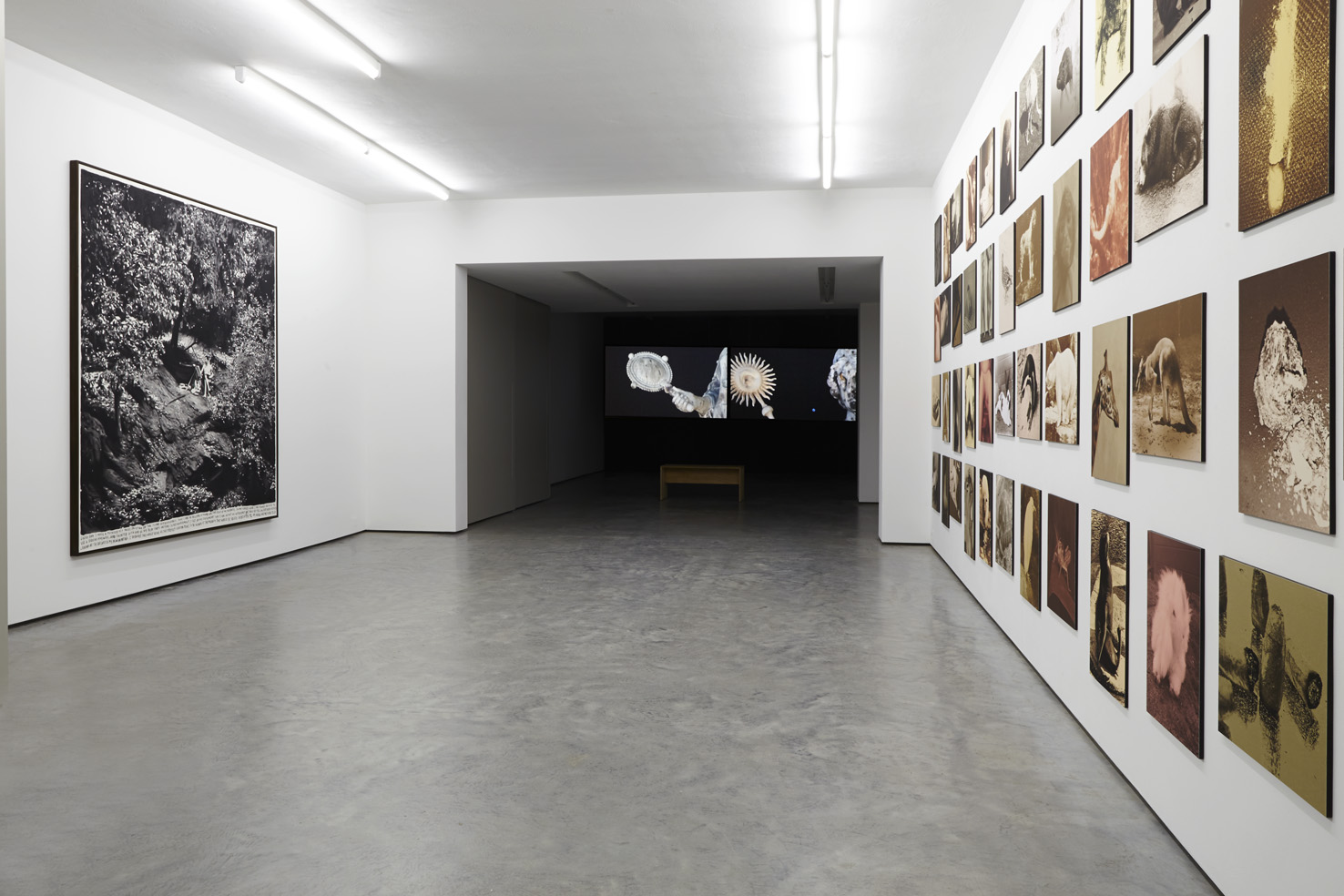 Invisible forces that determine what happens next, installation view 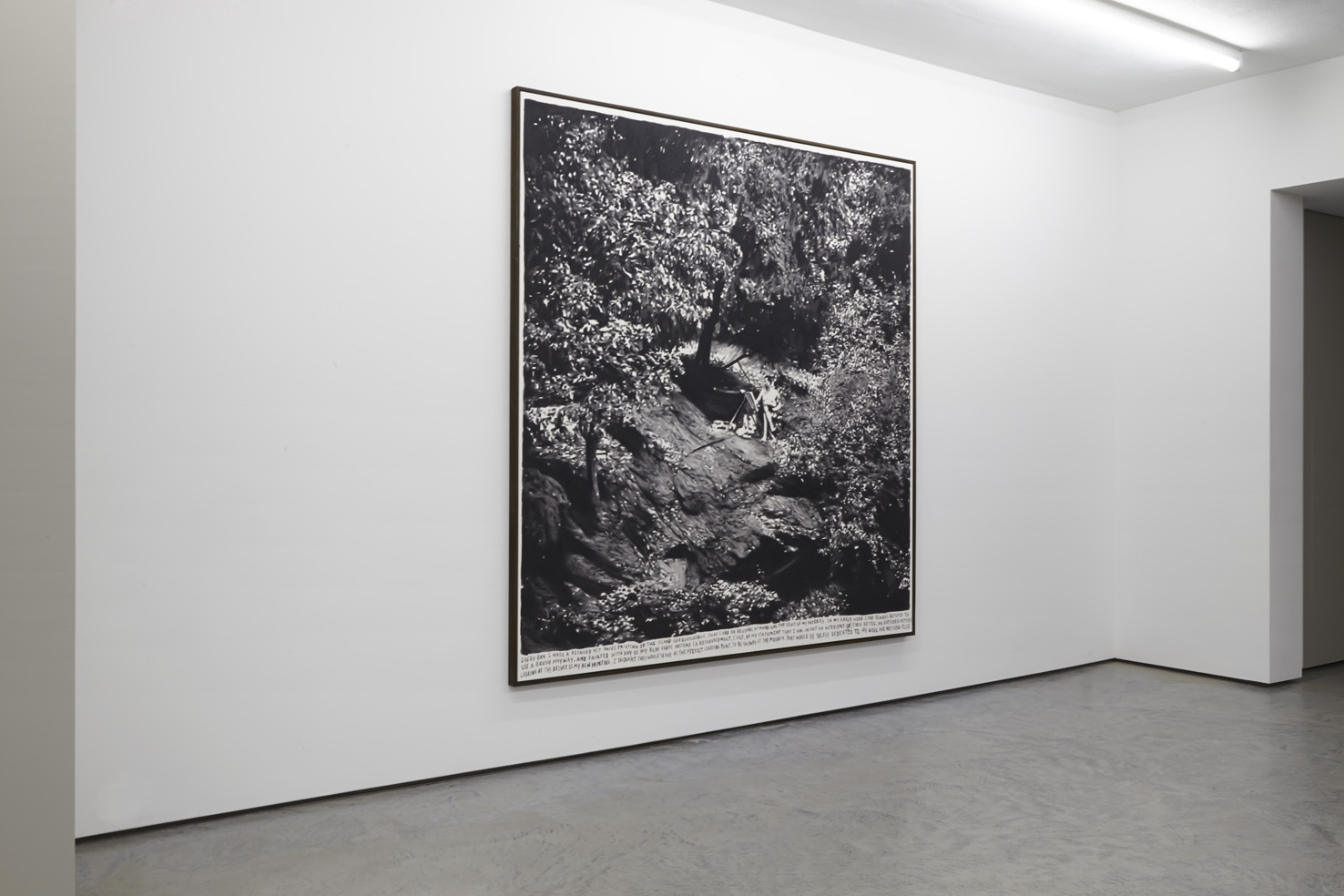 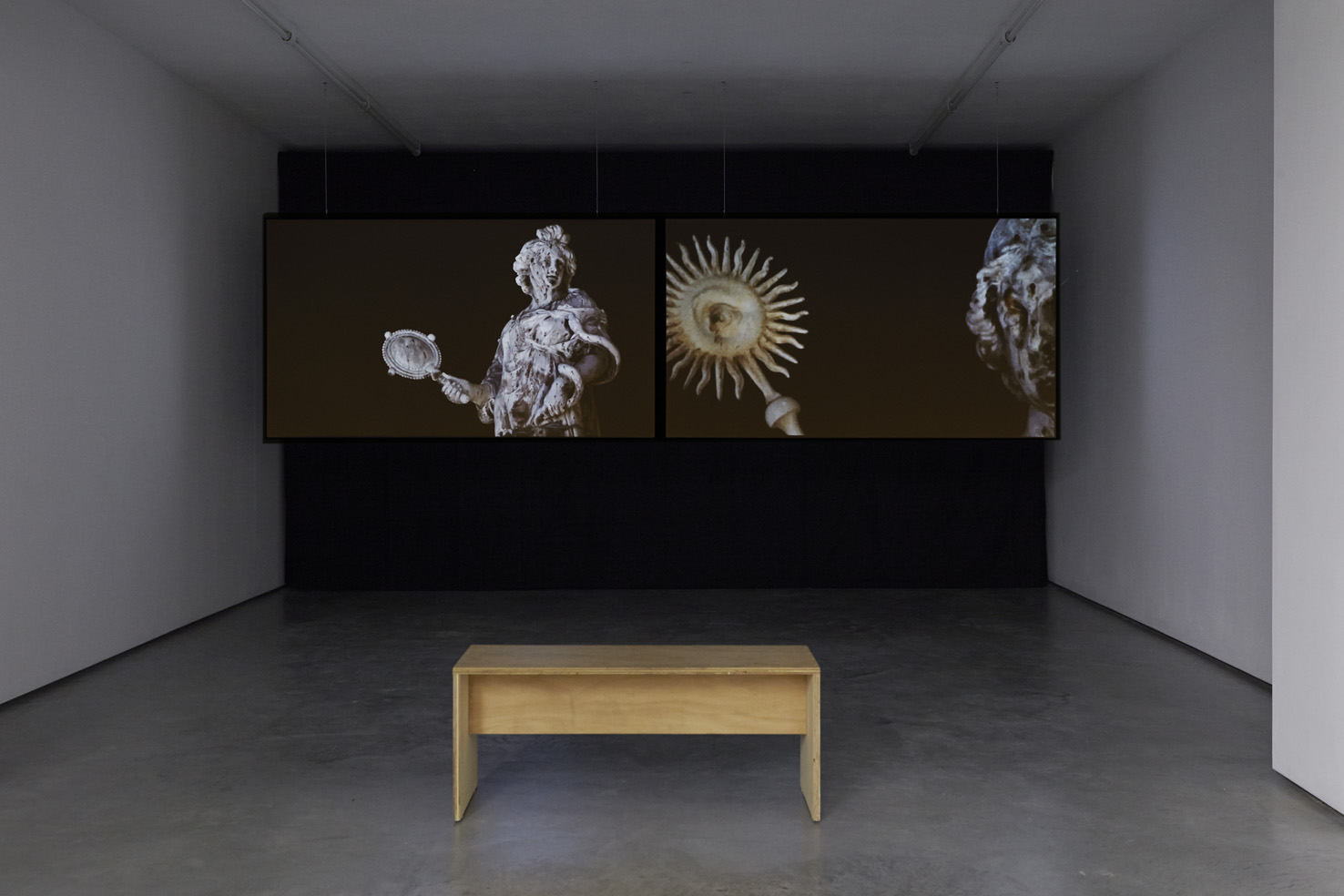 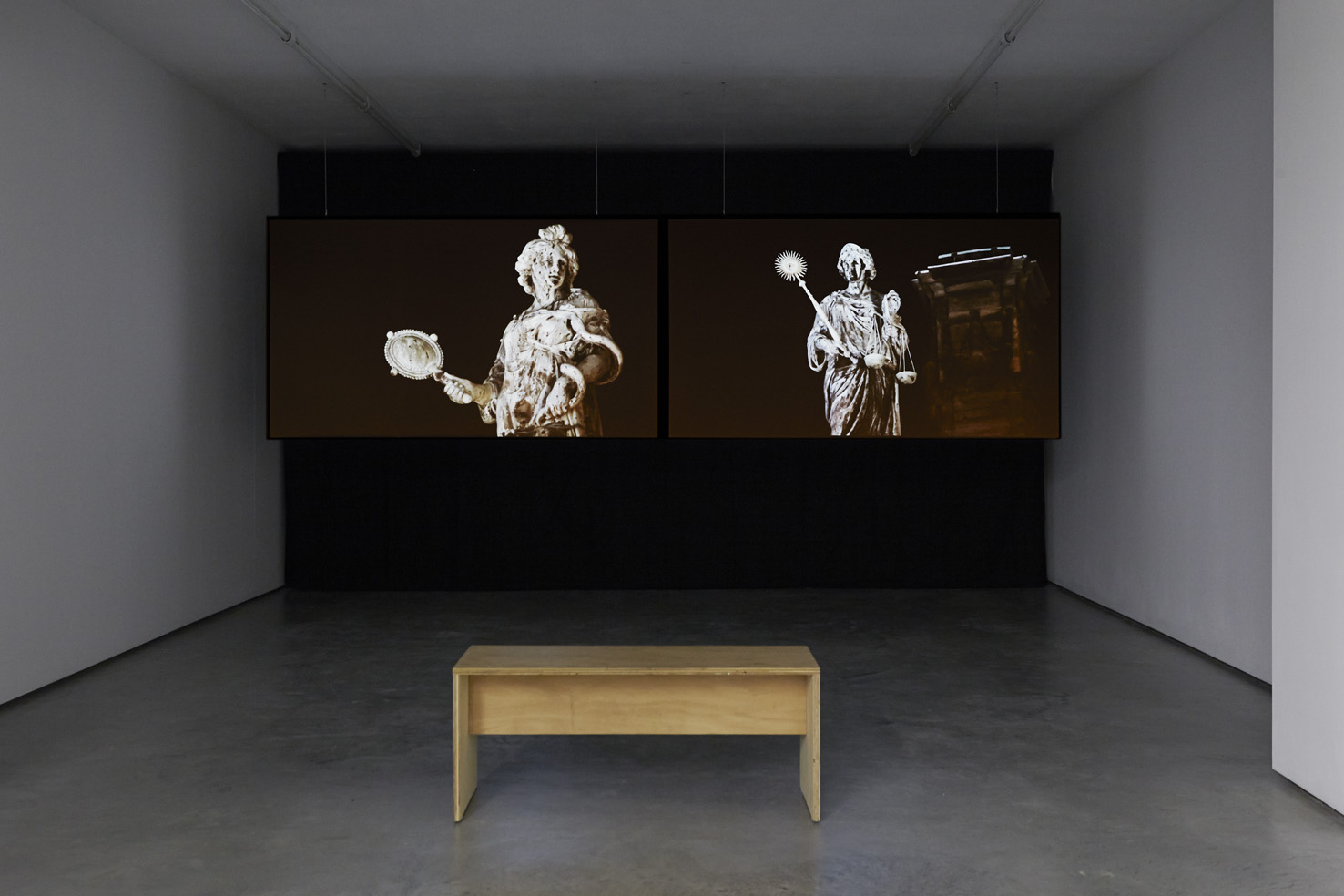 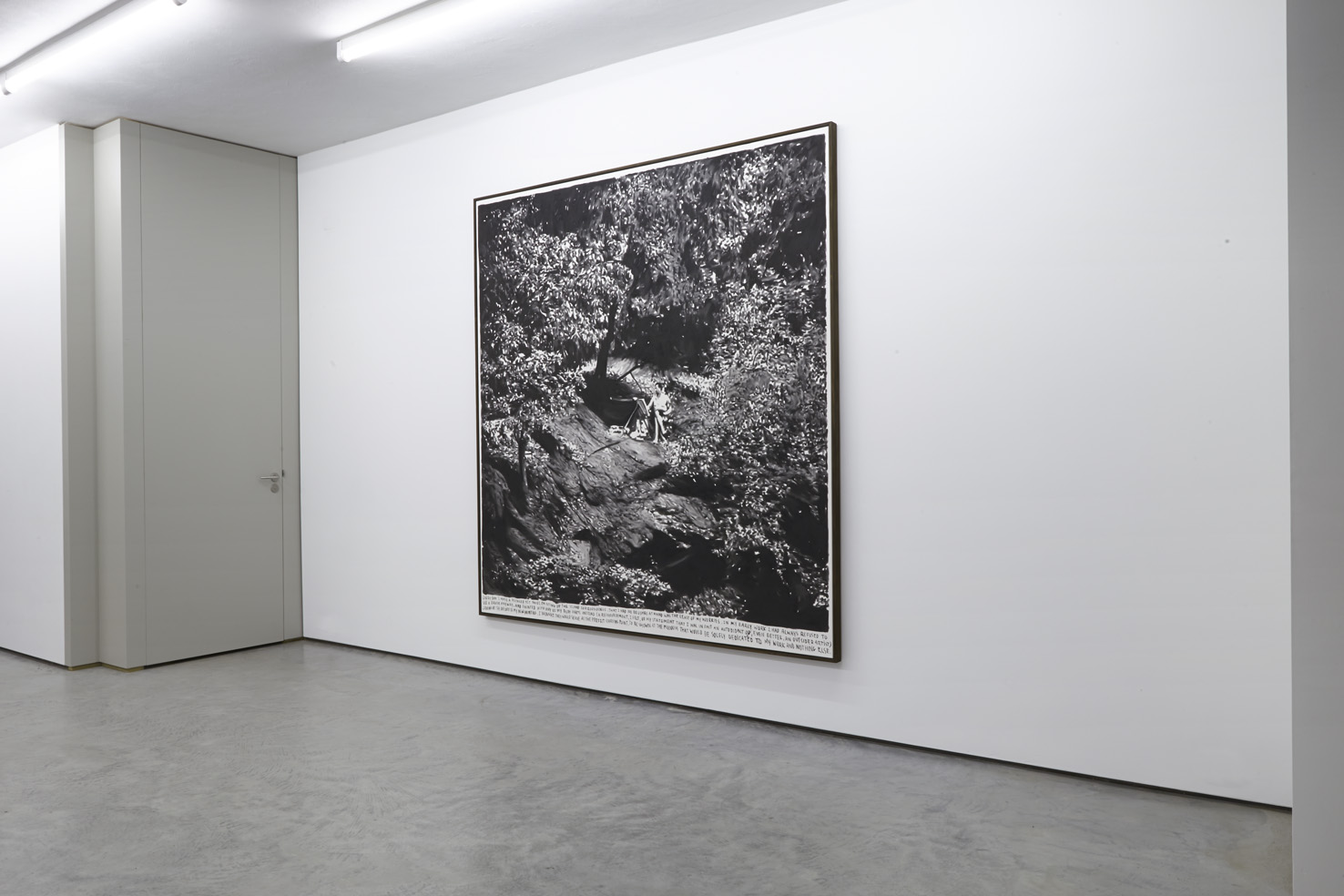 Every work of art can be regarded as a self-contained system. And every system has its own set of rules, imposed on the basis of formal and connotative principles that lie hidden in a work. It could be said that a system only becomes interesting once its own logic is disrupted. The exhibition Invisible forces that determine what happens next deals with those unseen powers that either undermine or fuel the inherent system, dividing its elements and then bringing them back together in a new image. The system demands interaction, play between the artwork and the viewer.

Paul Kooiker (Rotterdam, 1964) is showing several works from his series Nude Animal Cigar, which was recently on view at the Fotomuseum in The Hague. The title conveys precisely what the subject matter of the photographs is: nudes, animals and the remains of smoked cigars. These images have been arranged in a rigid pattern in which the subjects alternate in an irregular manner. The photographs have varying formats; and despite the fact that each one has been dipped in a different tone of sepia—ranging from brownish to greenish and pinkish hues—they initially evoke the sense of a black/white world. Kooiker, who is more apt to be considered an ‘installation’ artist rather than a photographer, never strives for ‘the perfect’ photographic image. His work takes shape in the post-production phase, in the selection and manipulation of his images. The presentation of an exhibition or the compilation of a book can be regarded as a part of that phase. Here, in the gaps of the rigid grid pattern, among photographs of nudes, animals and cigar butts with extending ashes, we see how a new image is conjured forth.

A drawing depicting a man in a desolate landscape of rocks and trees: sitting at his field easel, he takes in the surroundings. Is the artist daydreaming, about himself, about his work? The broad lines of text written below the drawing have the appearance of a cartoon caption. Sentences dissolve into words, and words break up into letters, marks. When seen close up, the image in the charcoal drawing disintegrates into black, white and grey streaks. At a greater distance the eye constructs a new image from those abrupt strokes. Rinus Van de Velde (Leuven/Louvain, 1983) once said the following about his work: “Look at it this way: a studio might be rather tedious, but it happens to be a space in which you can go on an imaginary kind of trip by way of images. Since I was a kid, I’ve always tended to look at a photograph with an urge to know ‘how it ends up’: that’s what’s so frustrating about the still. By dreaming up a story, you also create a structure; and then the images start working together and assuming a specific meaning.” While Van de Velde does opt to use existing photographs as the point of departure for his drawings, he also frequently stages scenes that he records and then incorporates into his drawings. In the transformation of the photographic image, diverse aspects converge—as do, in this work, the irrational logic of the text and the physical/tactile element—and the essence of the image is set free in an inimitable manner.

The video works of Emma van der Put (Den Bosch, 1988) are situated in a realm that hovers between reality and fiction. Van der Put films on city squares and streets, in both urban and rural areas. She observes and zooms in on day-to-day reality with her distinct eye for unusual details and coincidences. Then, in the editing room, she produces her own reality in which all of those individual images and details merge to become meaningful instruments for gaining insight on the world and on the human condition. The diptych Funfair/Justice and Funfair/ Prudence was shot while a fair was being held on the Dam in Amsterdam. The classical figures Prudentia (Wisdom) and Justitia (Justice) look down upon the fairground attractions from the roof of the Royal Palace and are, in turn, faintly illuminated by them in all sorts of colors. Van der Put allows us to reflect by way of these statues, as it were, on the world that remains out of view. Though unseen, the forces of that world play a defining role.