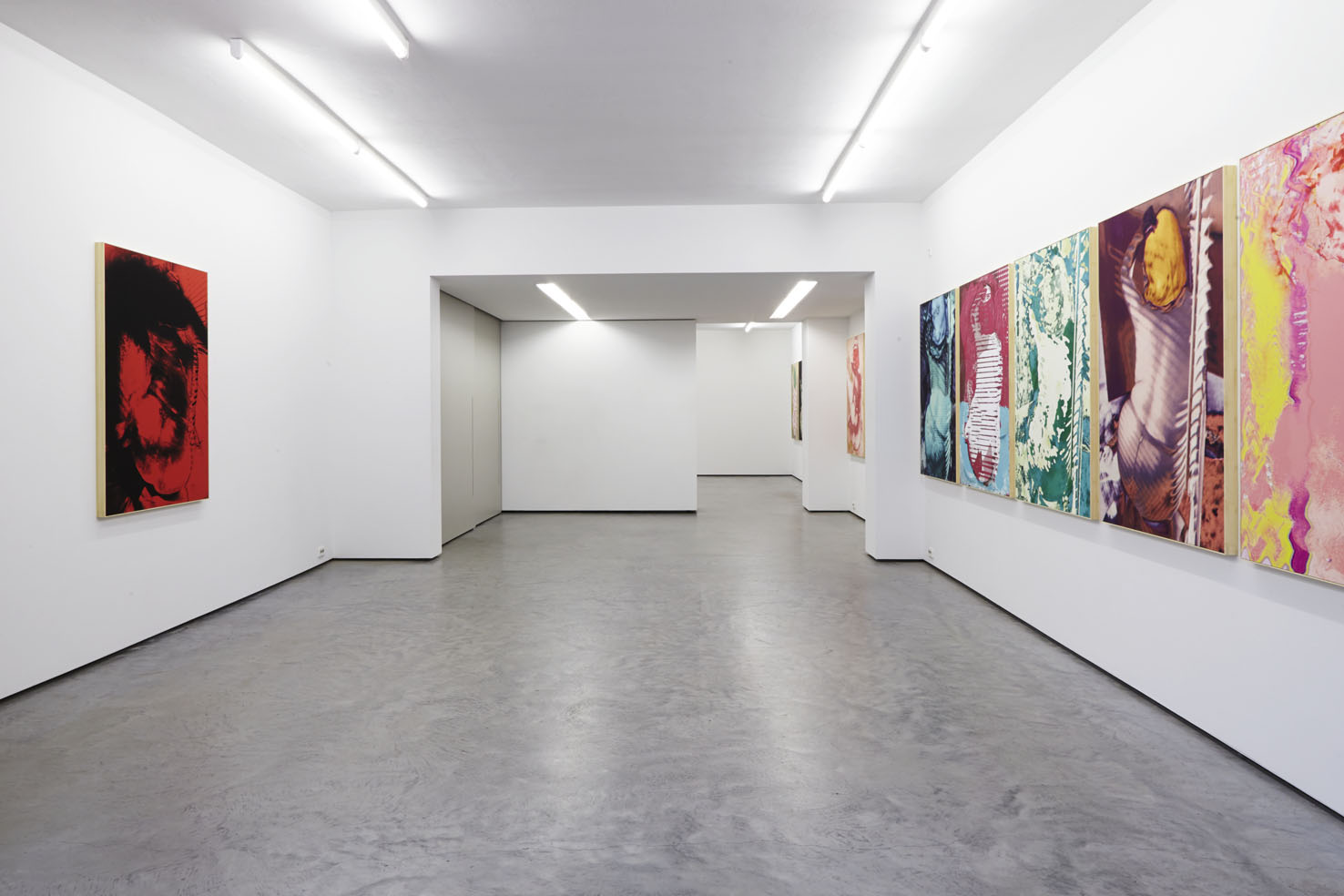 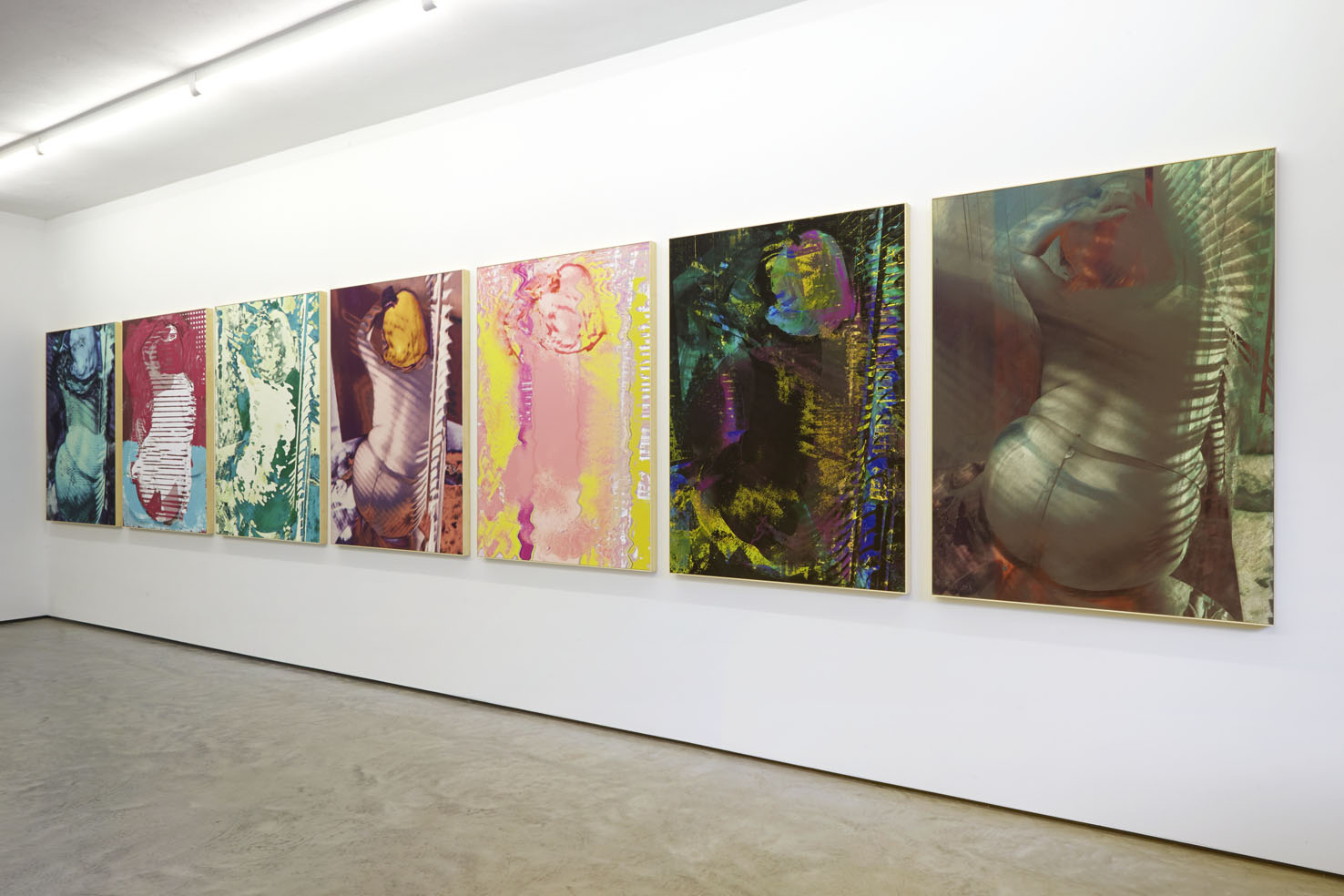 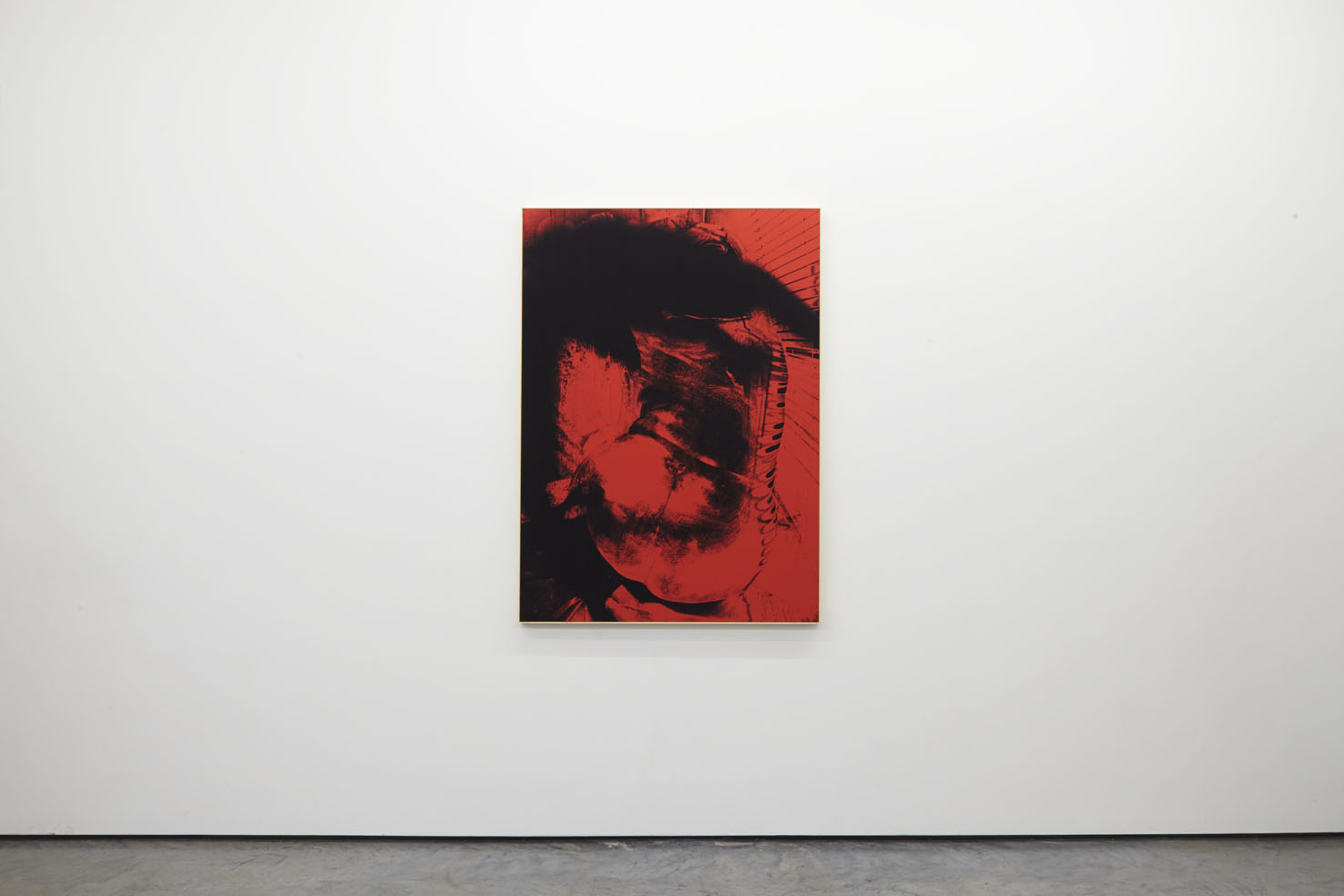 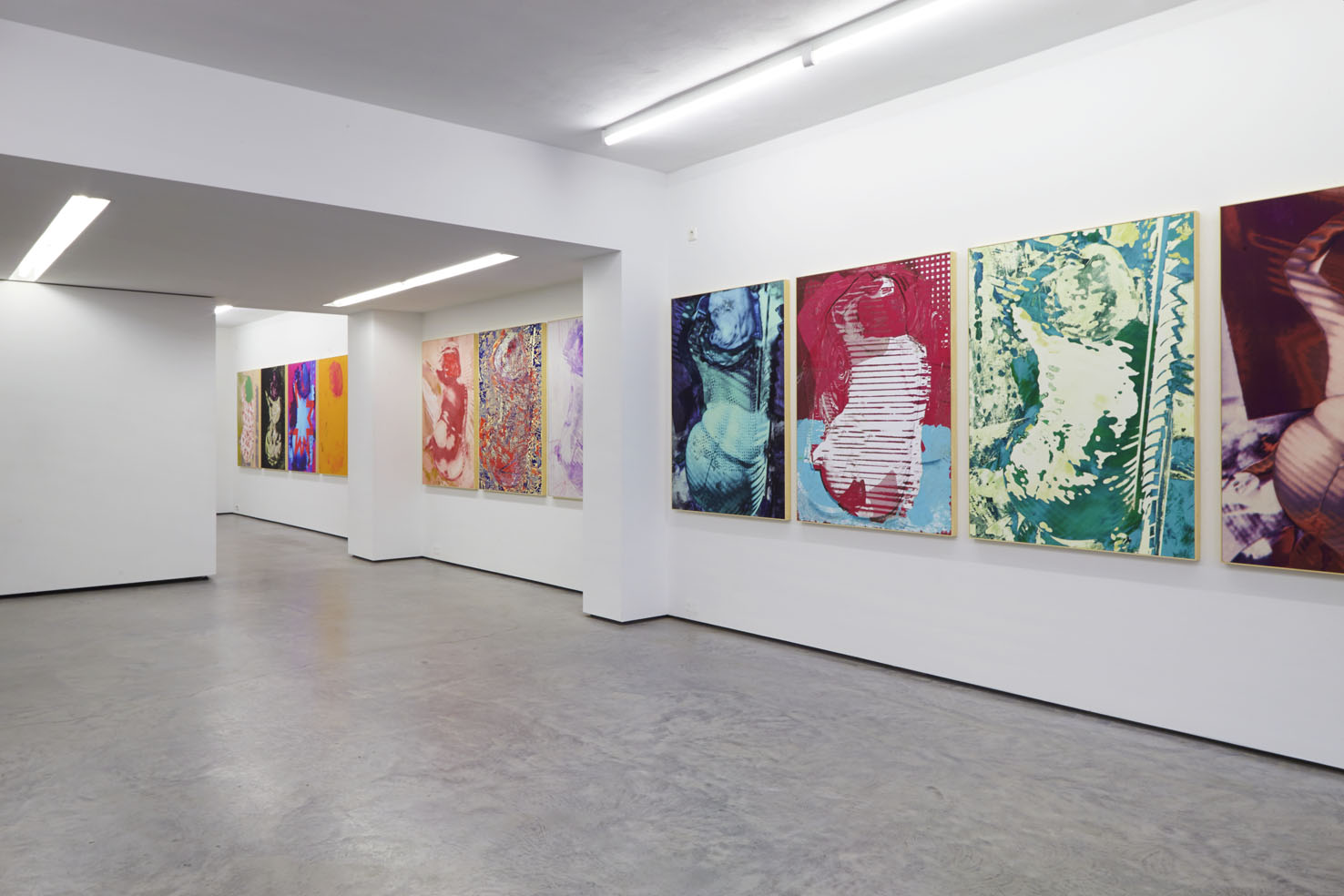 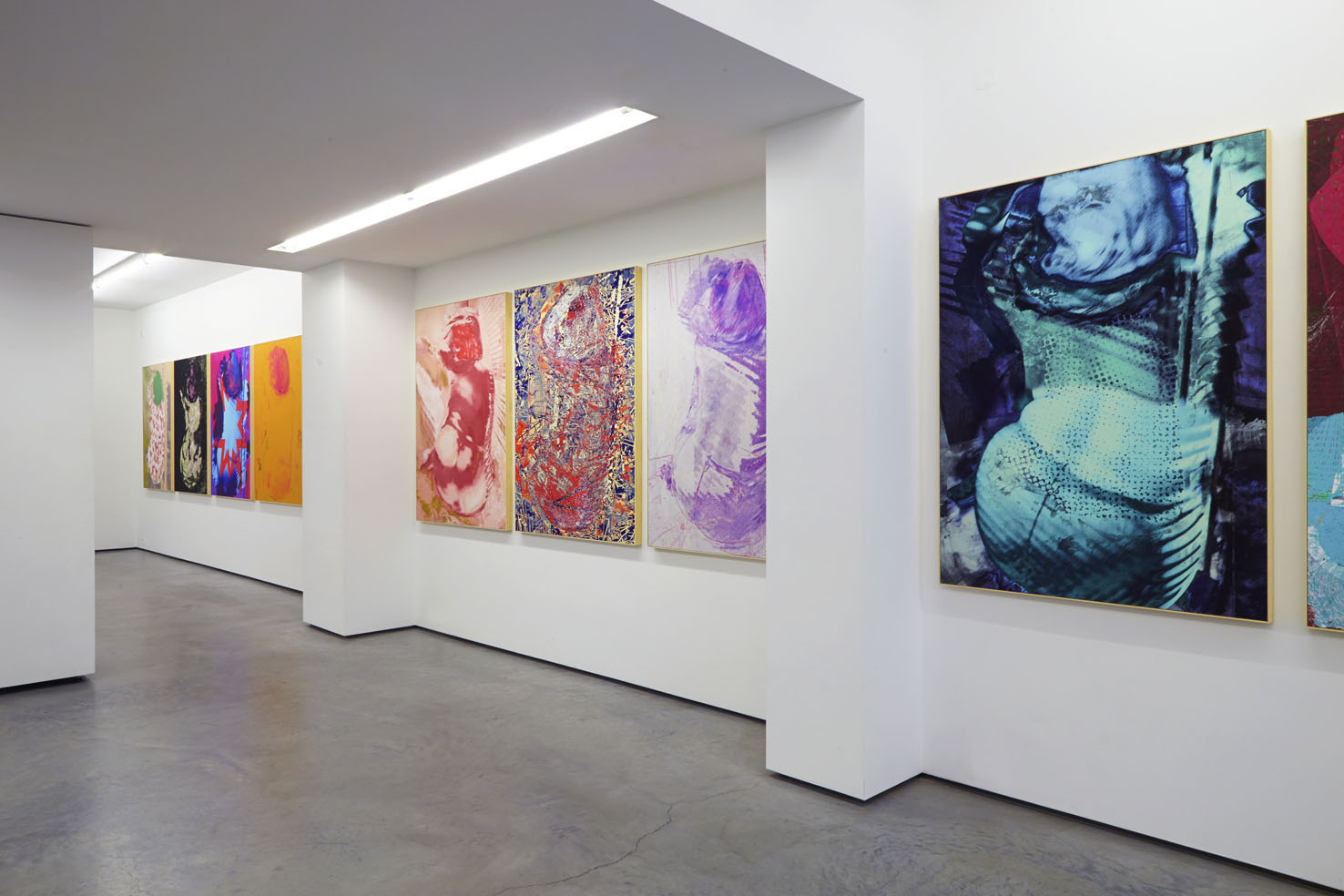 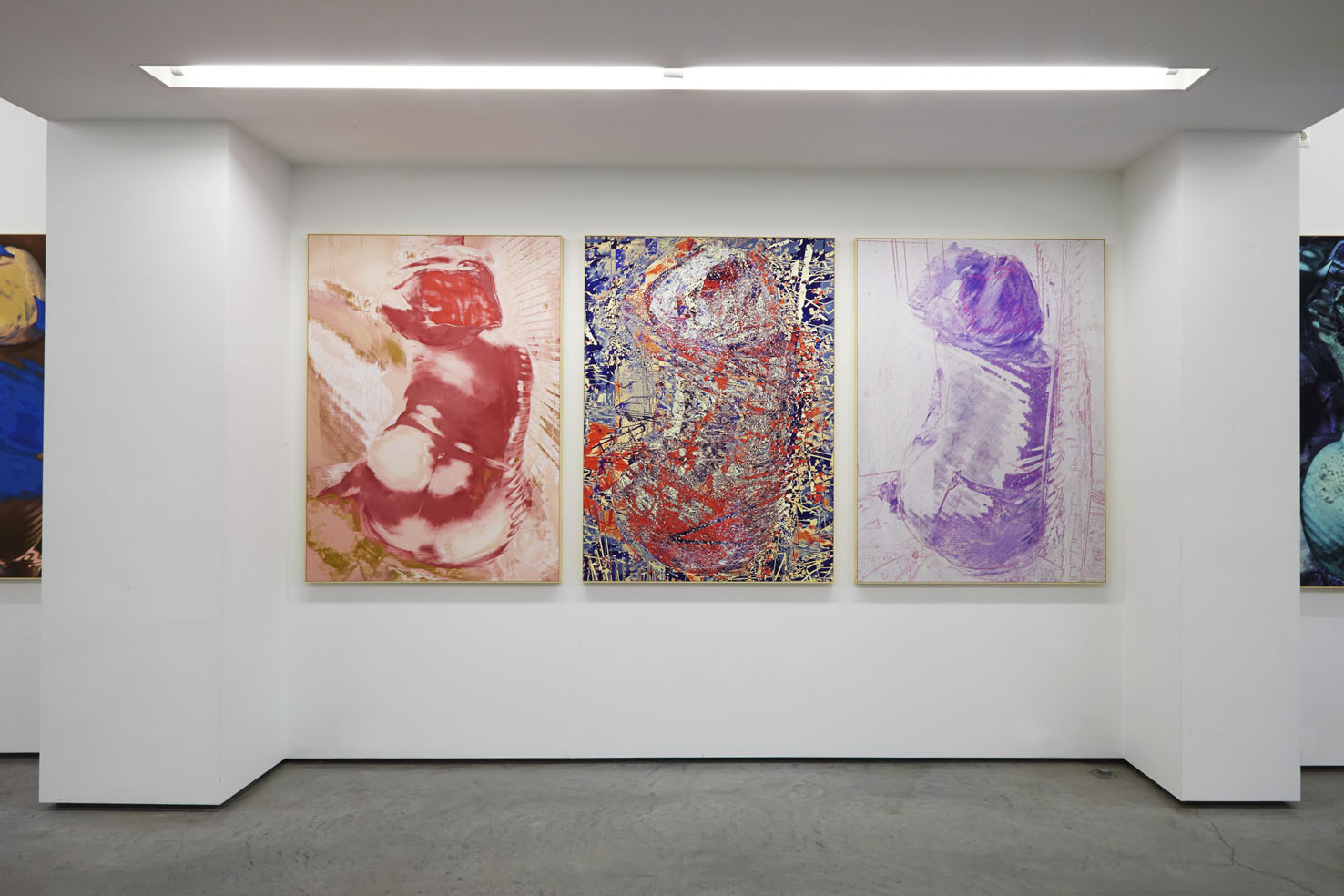 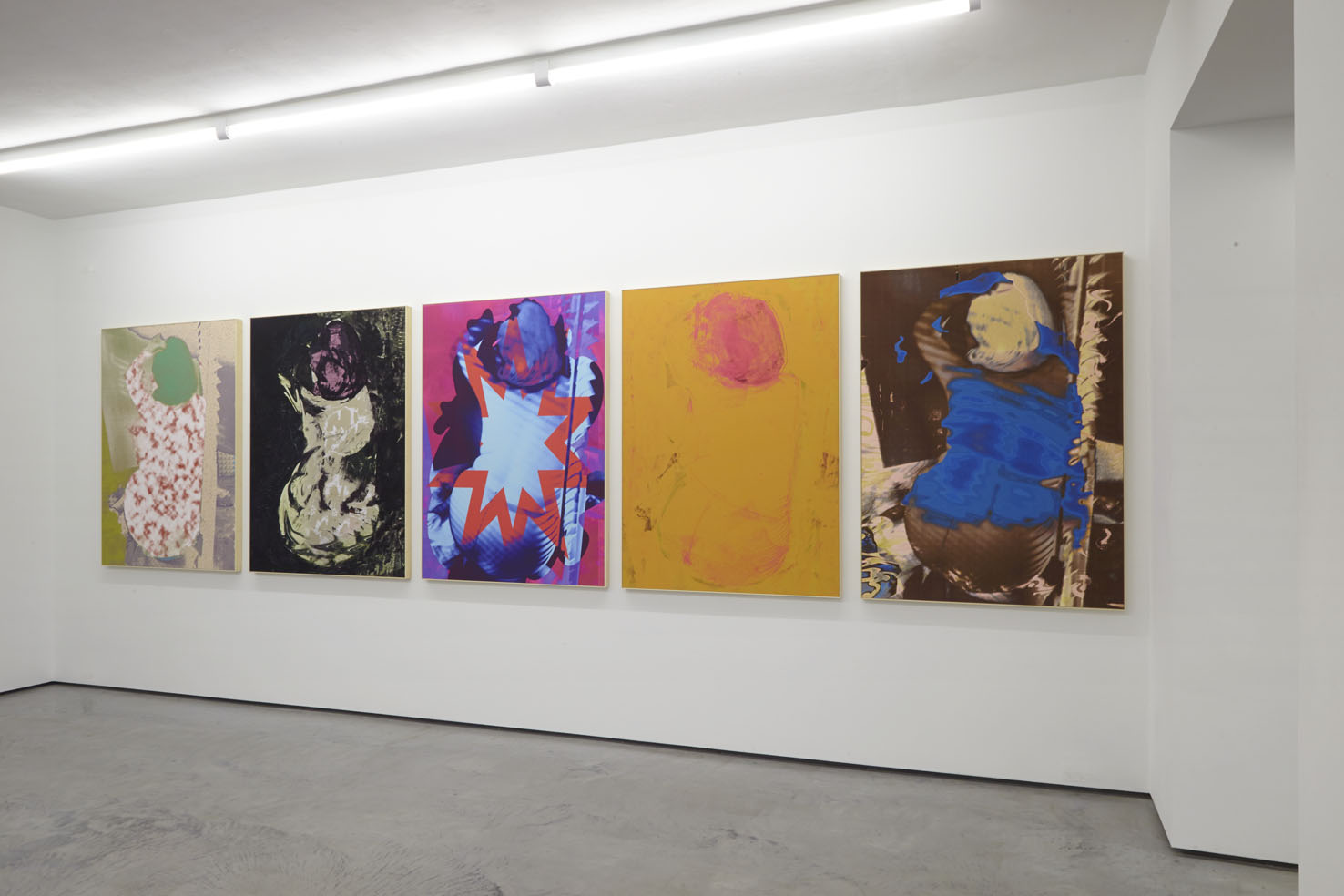 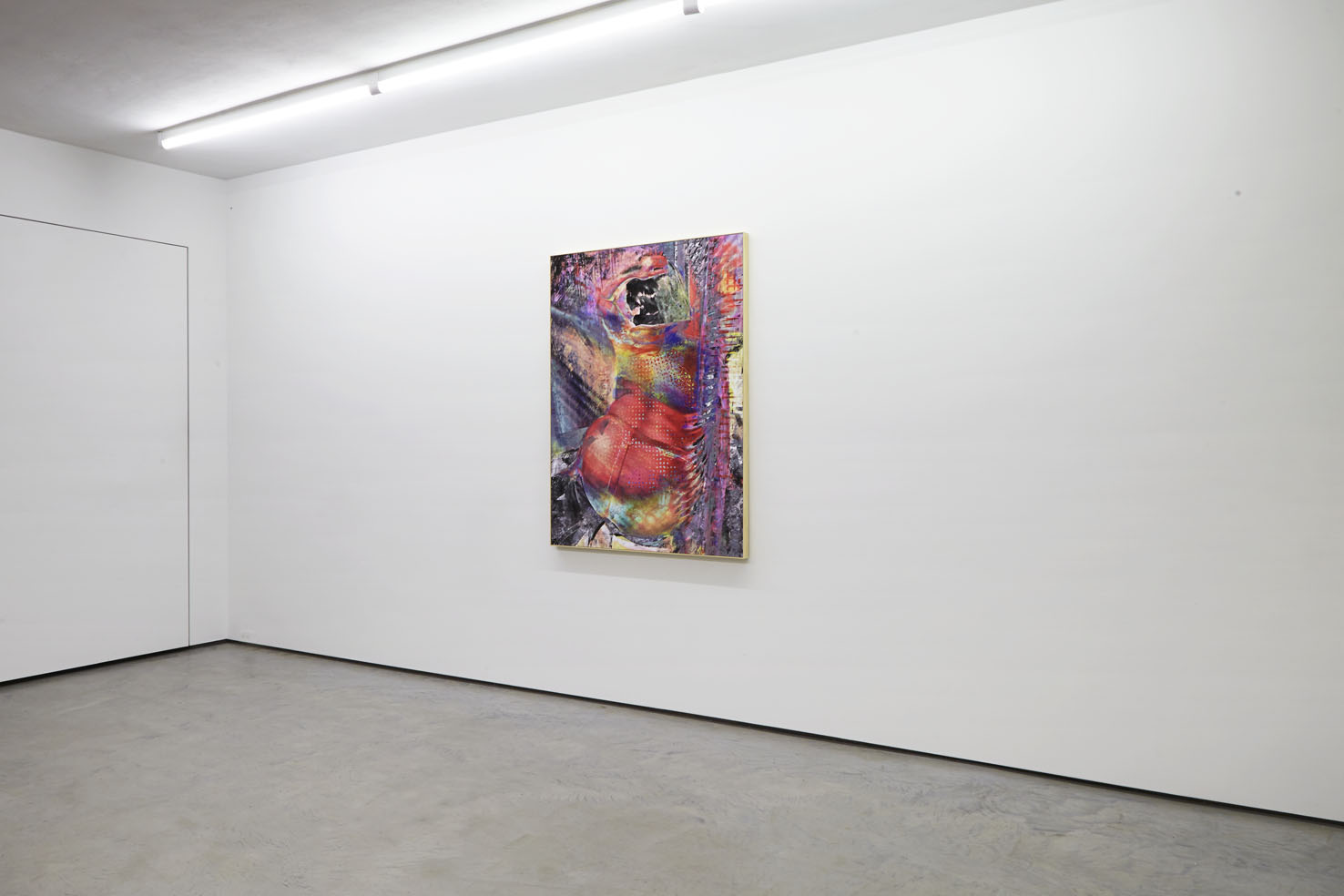 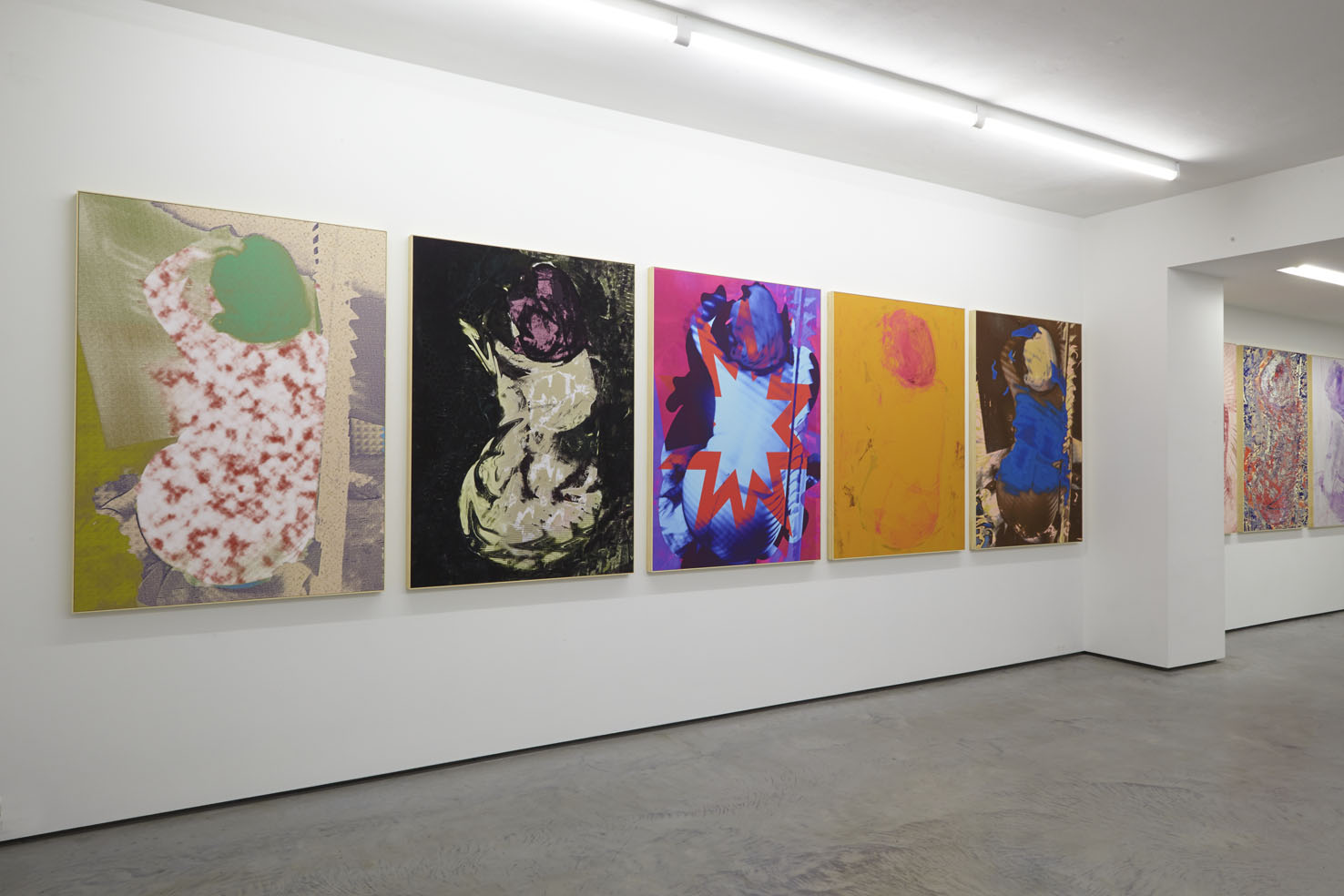 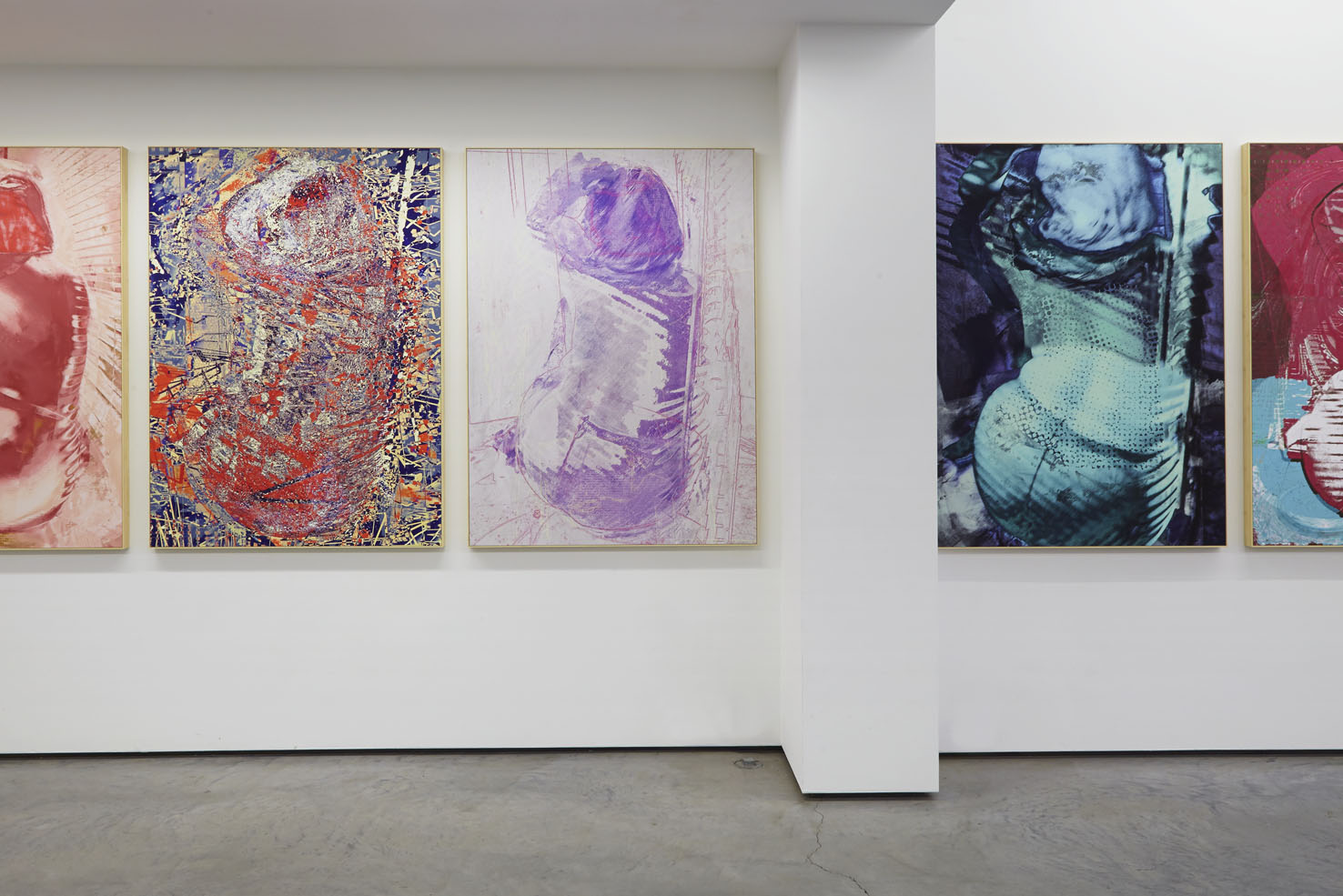 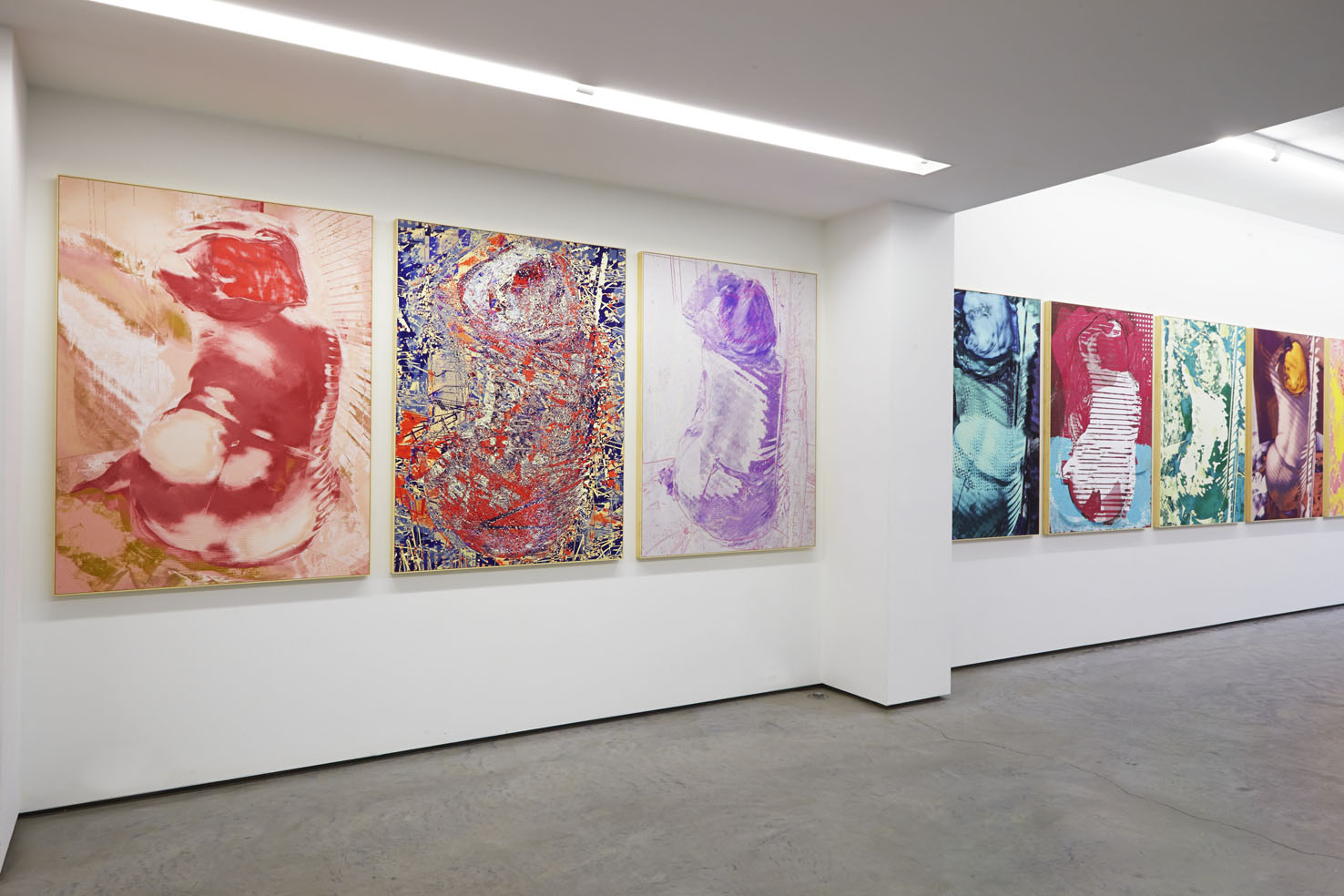 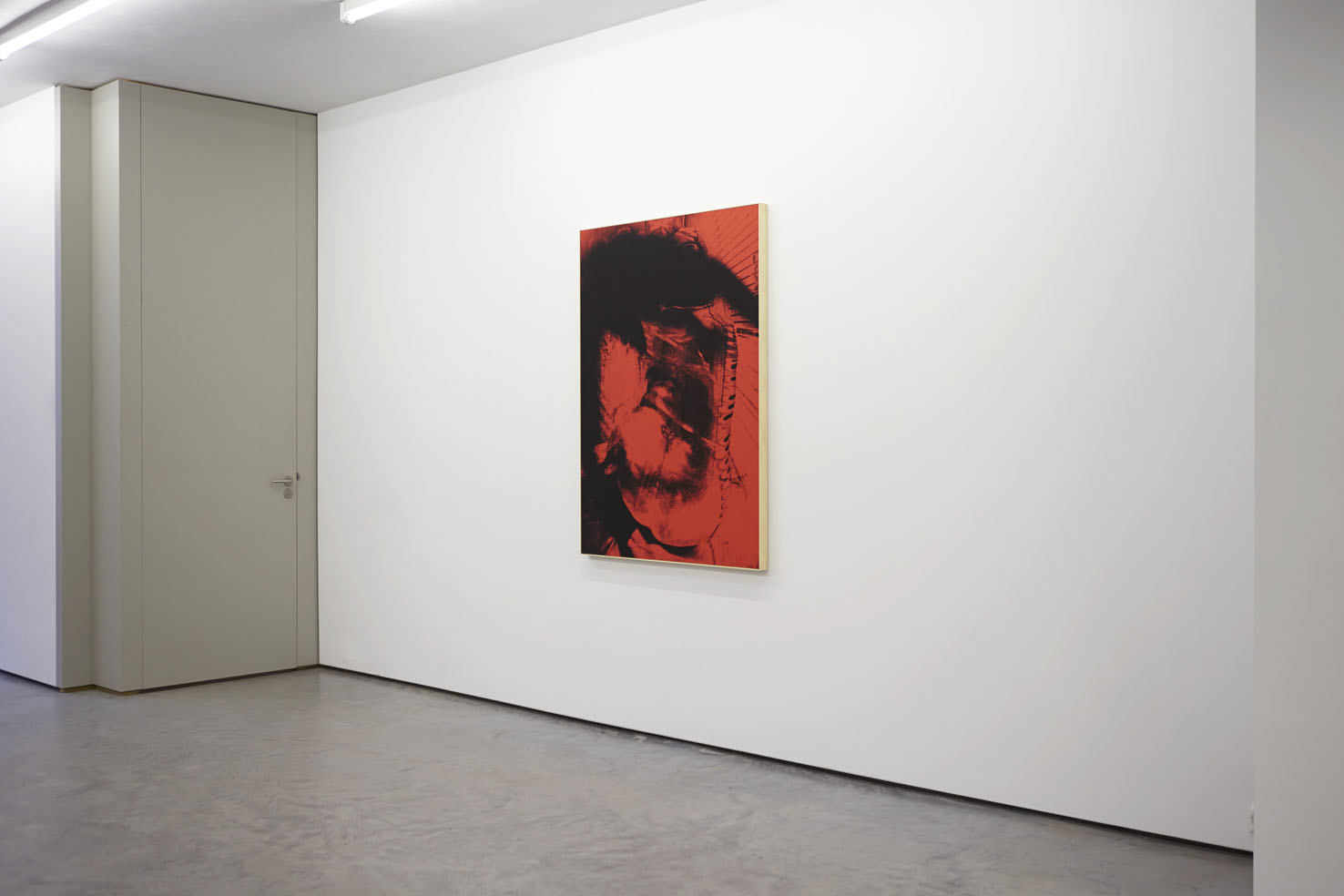 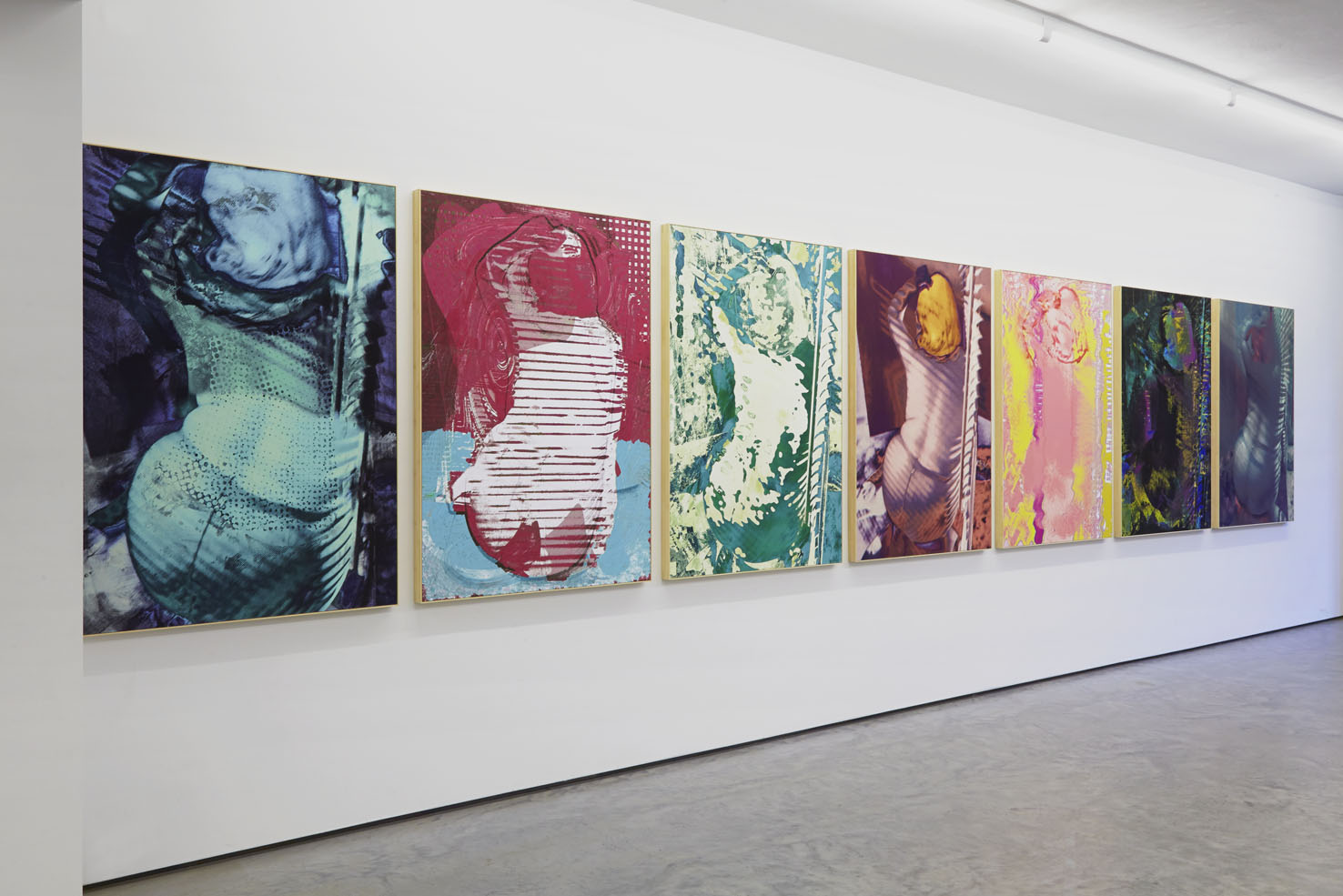 Photography is being emancipated. Many artists are pushing the boundaries and experimenting with the common ground that exists between photography and other media or disciplines. For many years now Paul Kooiker has been distinguishing himself with work in which photography is liberated, as it were, from its traditional parameters. Kooiker, who can sooner be considered an ‘installation’ artist rather than a photographer ‘pur sang’, is presenting a new series of works that express his unusual artistic stance. His first solo exhibition at tegenboschvanvreden bears the title ‘History X’.

All of the works in the exhibition are based on photographs that he took in Japan. Each relates to a particular image: that of a woman, sitting in a classic pin-up pose, with her back facing the camera. She is holding an arm up and leaning against venetian blinds, her hair swept into a wave. Endless adaptations on the computer have resulted in images where references to art history —‘Le Violon d’Ingres’ by Man Ray, or the ever-enigmatic realist nudes of Picabia—merge with depictions from the world of pinup girls. The photographs of Paul Kooiker are astonishing, colorful images that are absolutely painterly.

Kooiker never aims to achieve the perfect photographic image. In fact his work always takes shape in the post-production phase: in the selection and manipulation of his images. With ‘History X’ he has stacked successive layers on top of the original image and thereby created one new image of the archetypal pose. The computer provides the designation ‘History X’, because the history of choices made by the artist throughout the adaptation process can no longer be traced back. X stands for the mystery and the search for the ultimate image of a pose, a quest that is doomed to fail from the very start. ‘History X’ extends the boundaries of photography: with work that reflects the freedom of experimentation, which has underlying irony, which is sexy, which evokes a sense of recognition and, at the same time, cannot be led.

Paul Kooiker (Rotterdam, 1964) graduated from the Koninklijke Academie van Beeldende Kunsten in The Hague in 1986. From 1990 to 1992 he was granted a residency at the Rijksakademie in Amsterdam. He won the Prix de Rome Photography in 1996, and the A. Ronald Holst Award in 2009. The work of Paul Kooiker has been shown in many solo and group exhibitions within the Netherlands and abroad. Among the locations are the Fotomuseum in The Hague, Museum Boijmans Van Beuningen (Rotterdam), FOAM (Amsterdam), the He Xiangning Art Museum (Shenzhen, China), MMoMA, Moscow (Russia) and Istanbul Modern (Istanbul, Turkey). His work is included in both private and museum collections throughout the world.