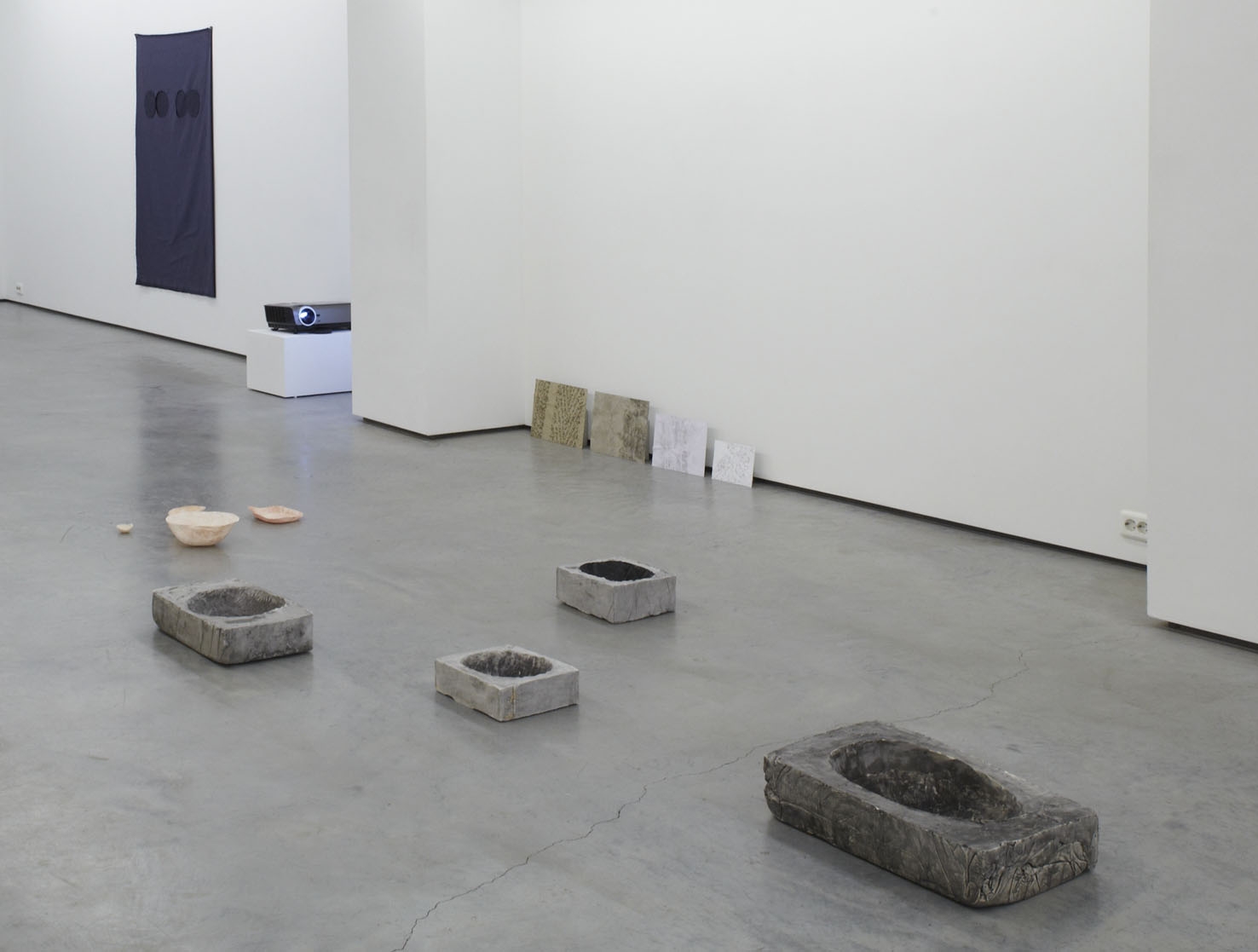 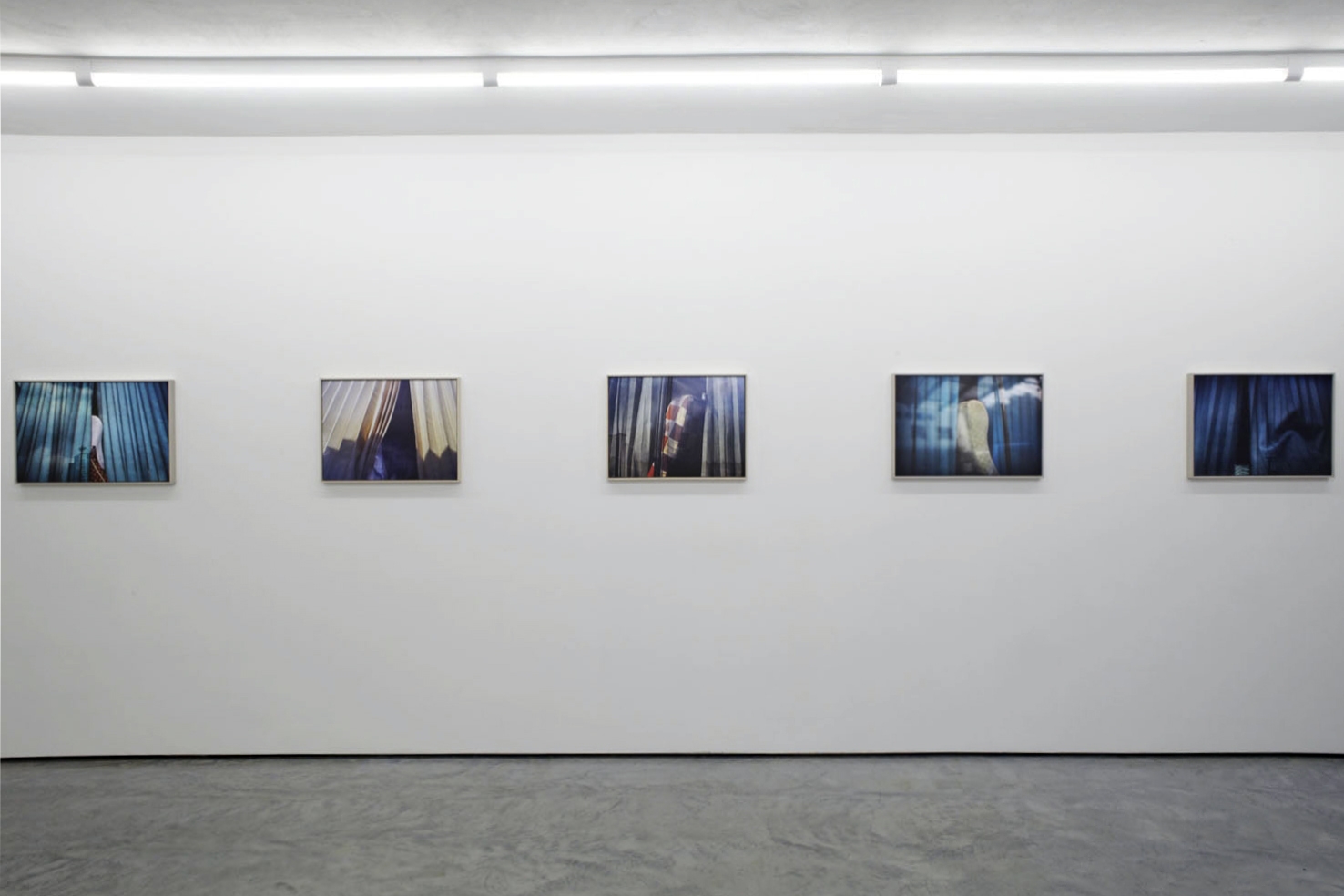 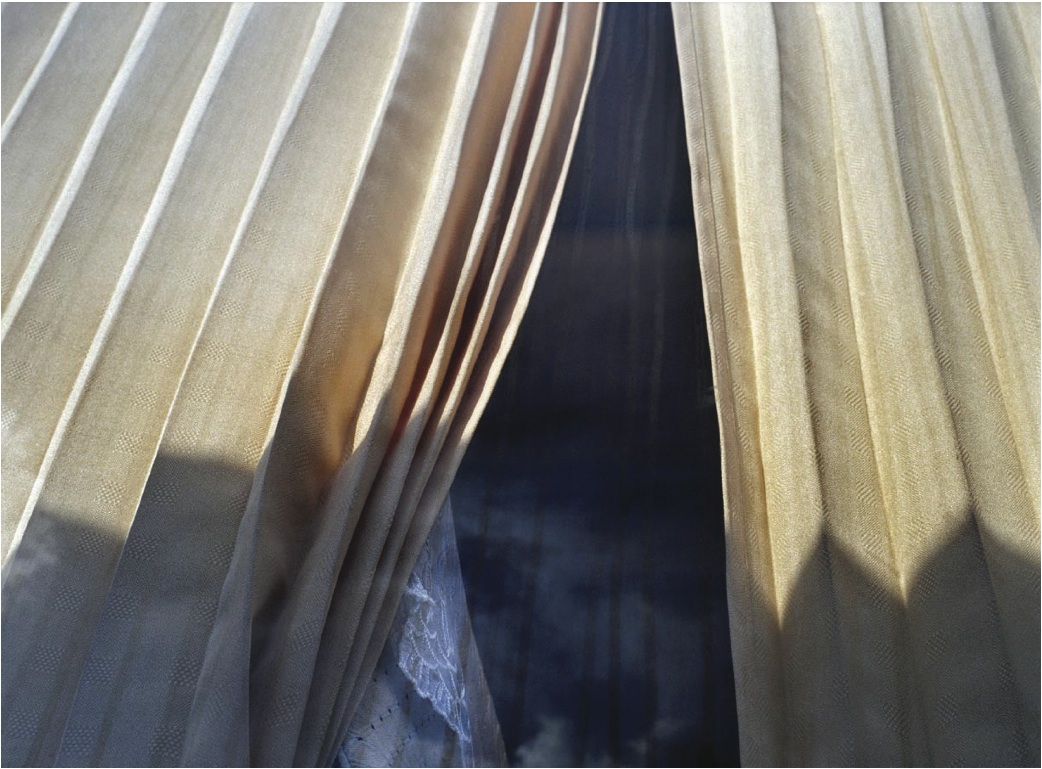 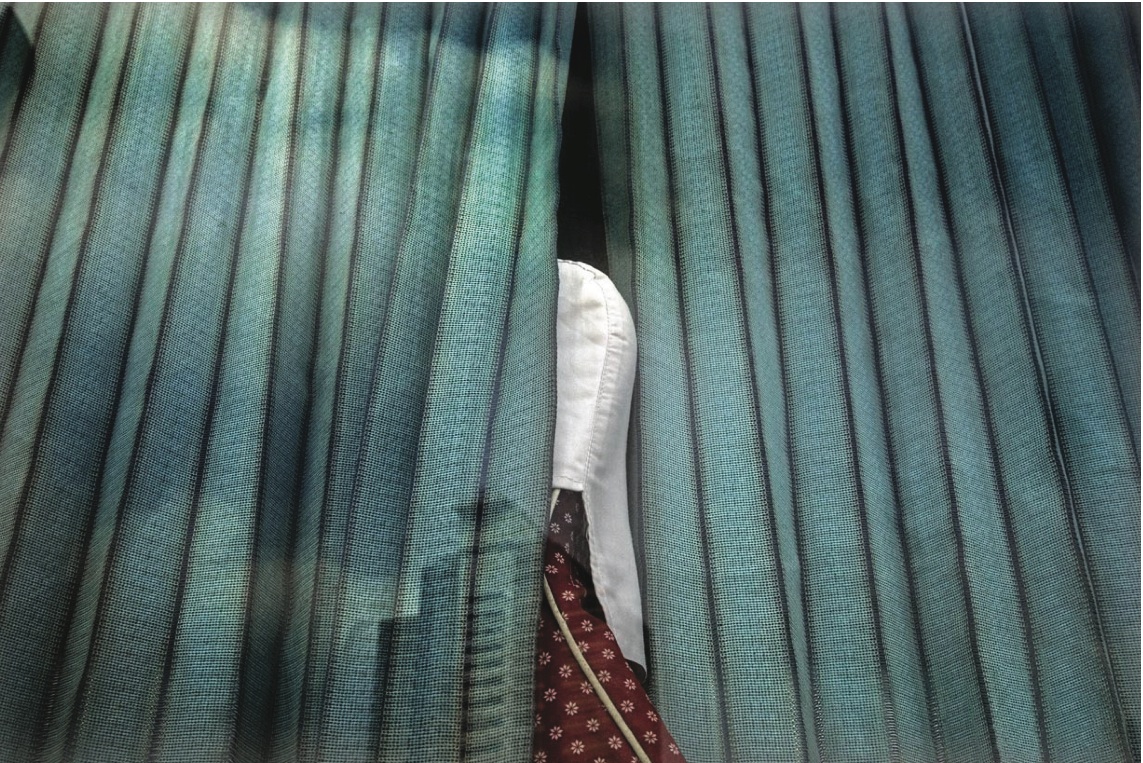 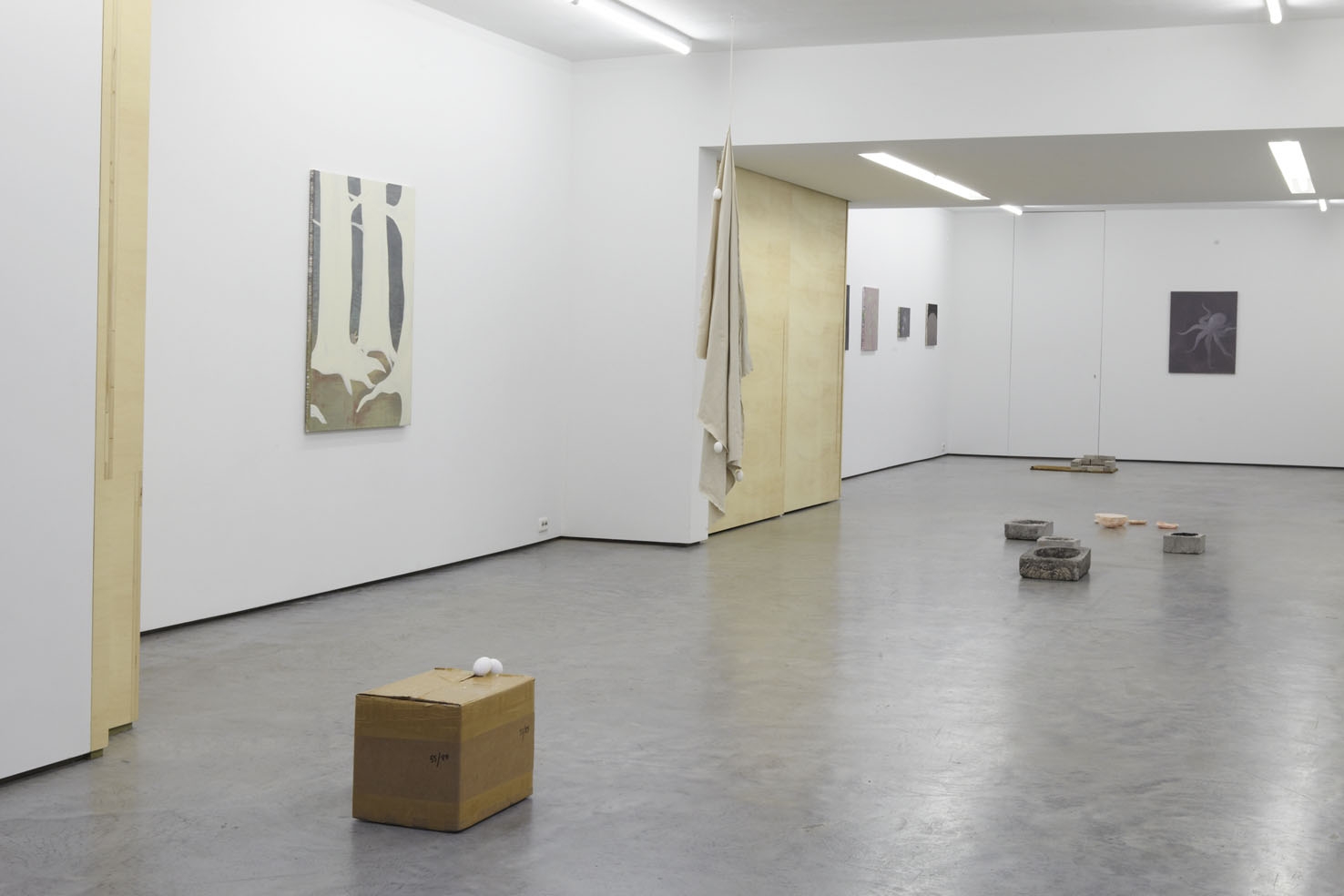 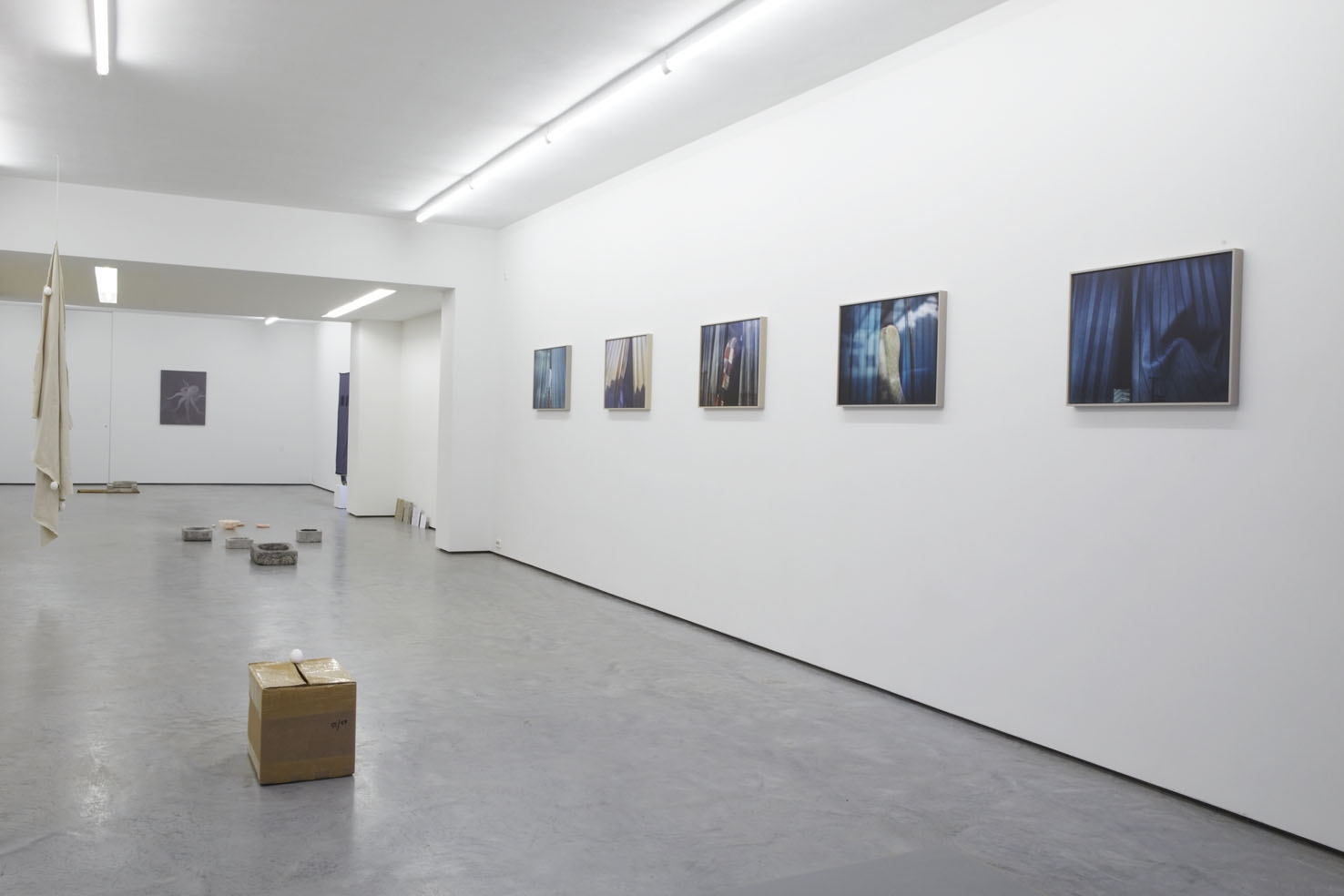 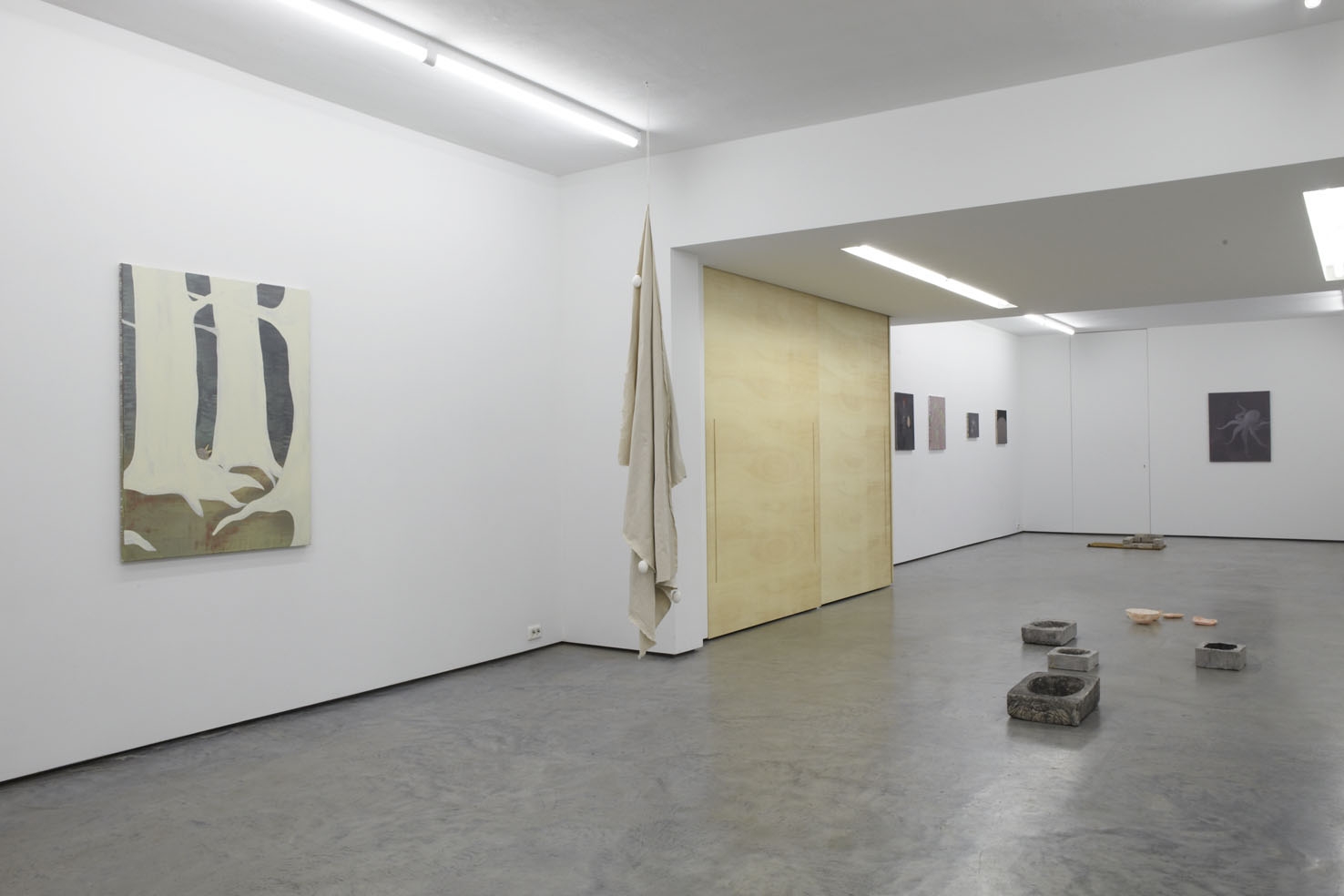 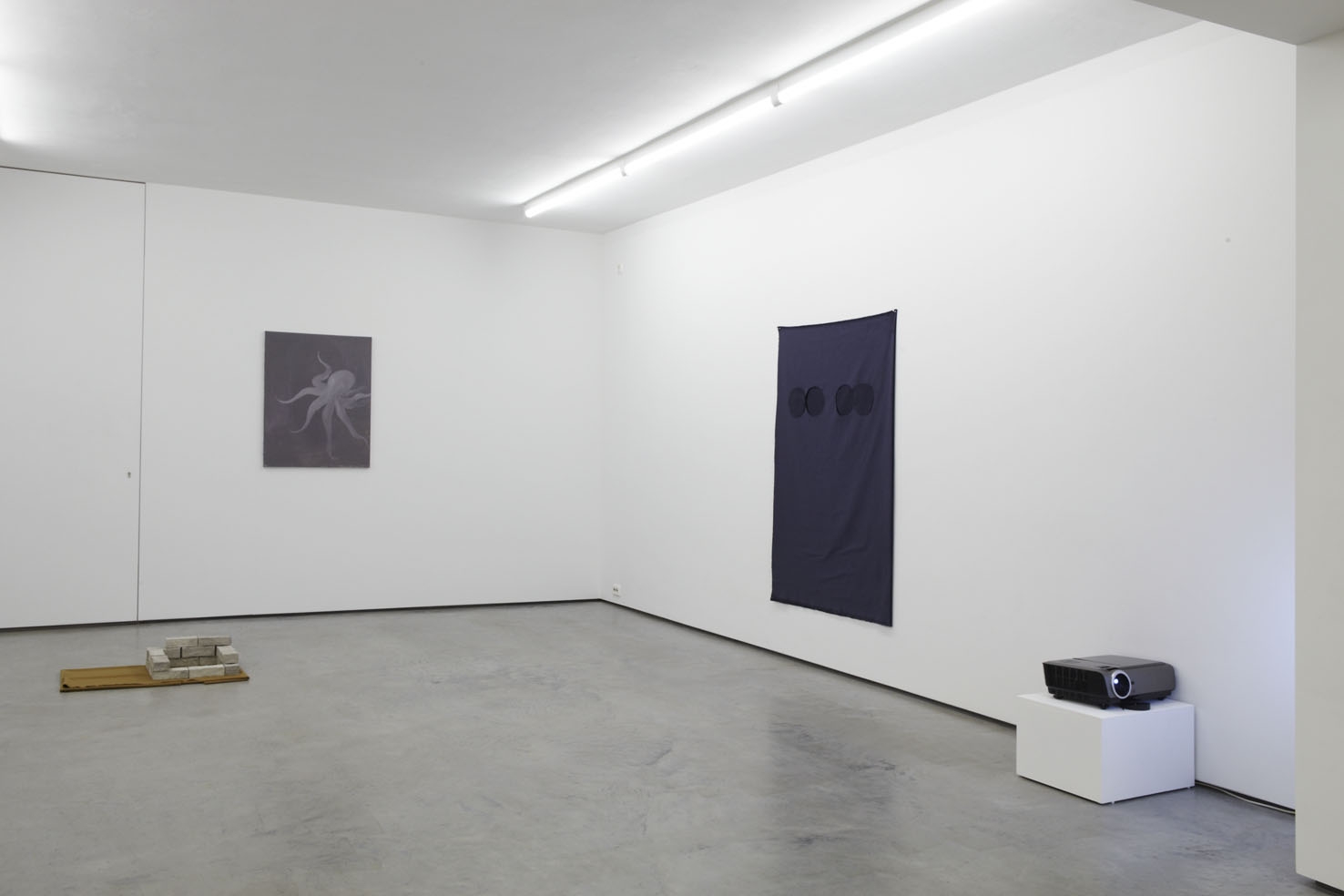 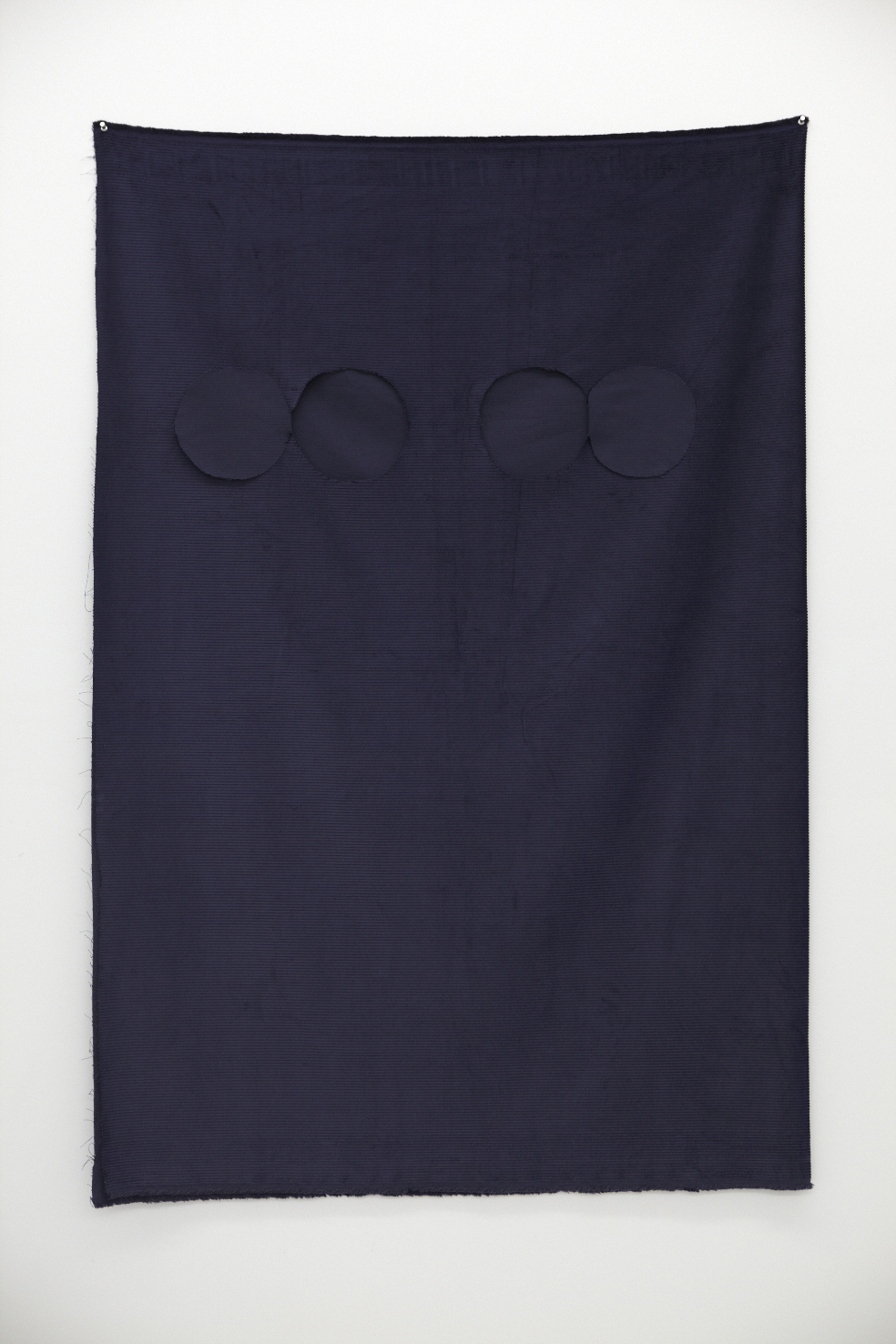 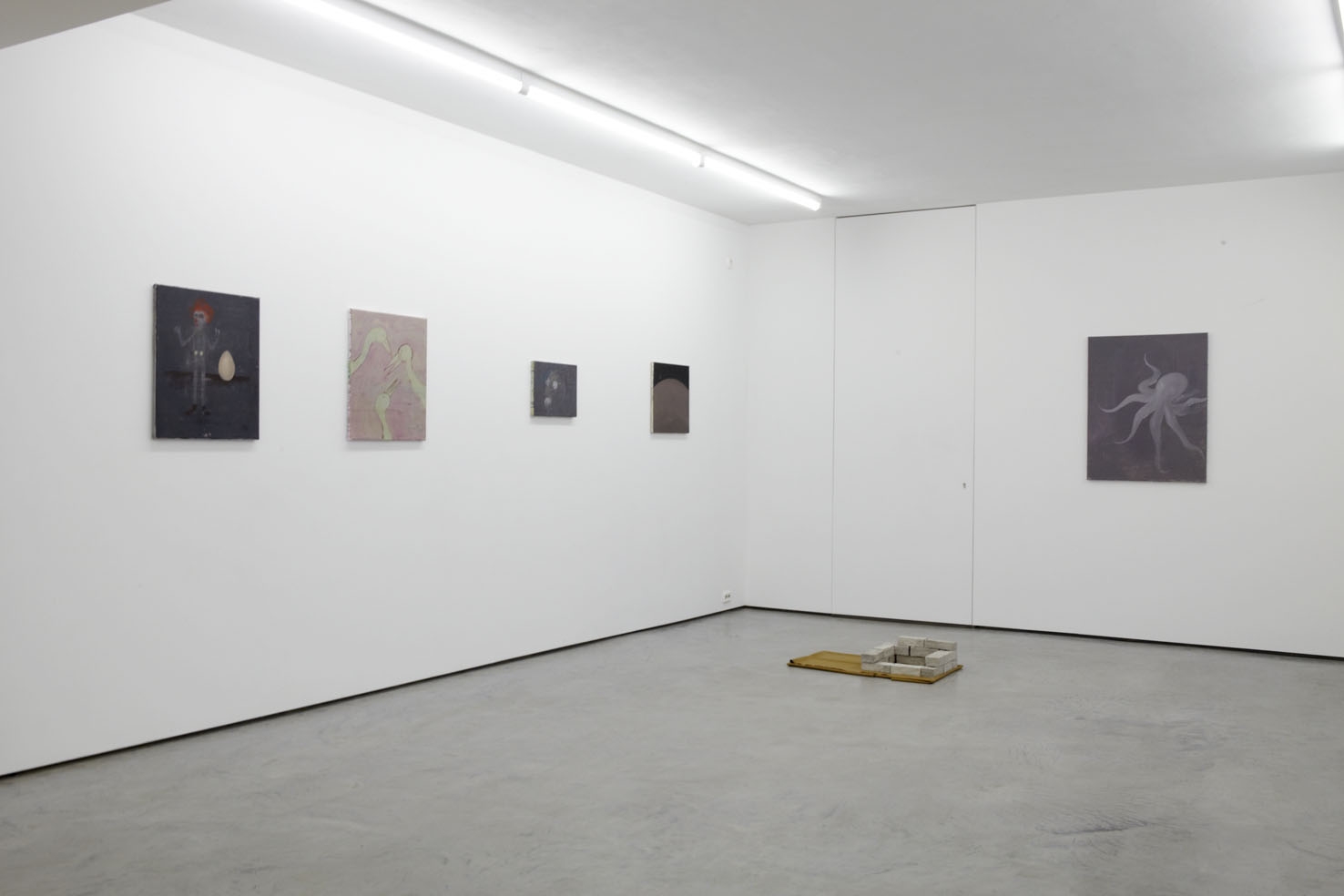 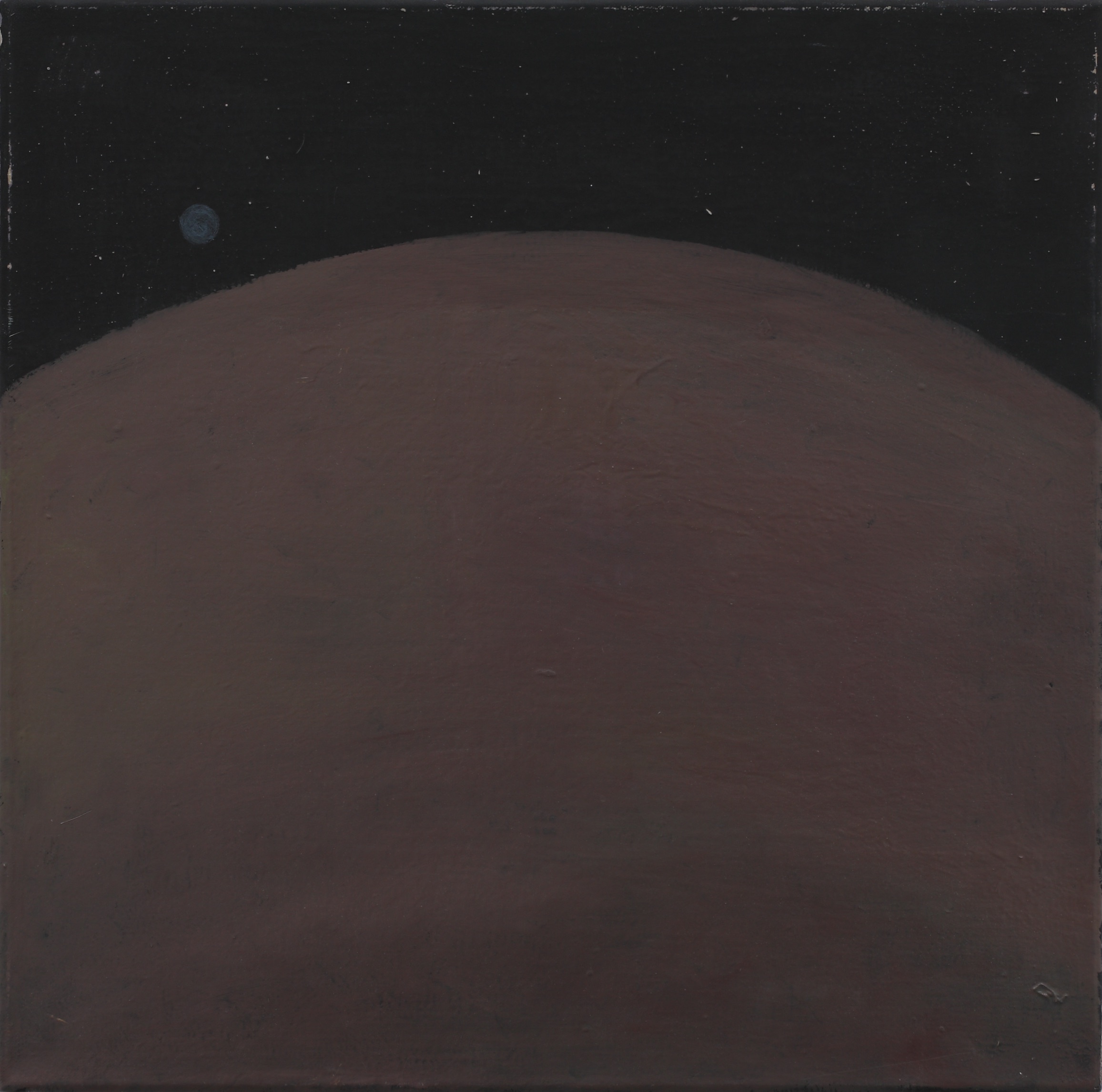 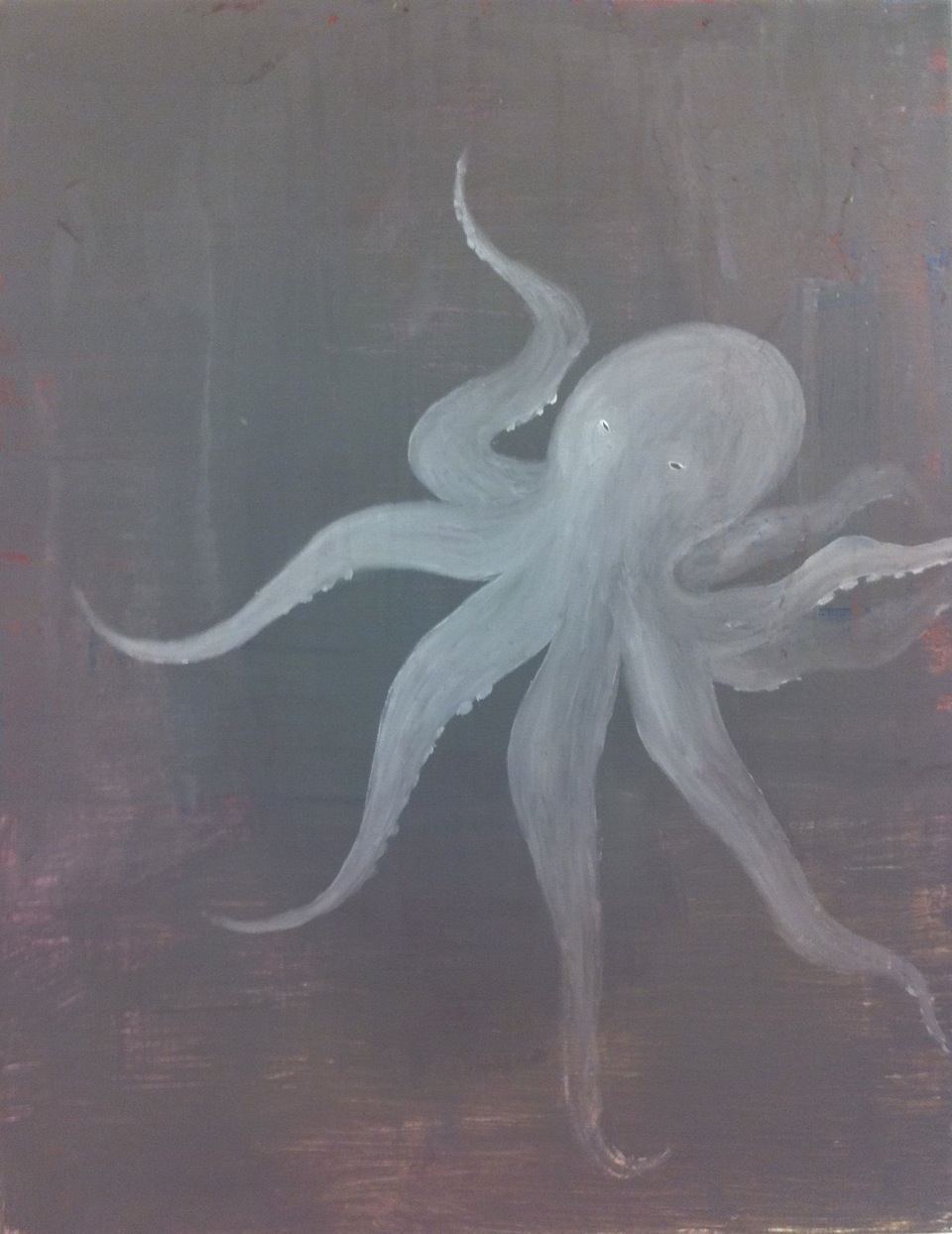 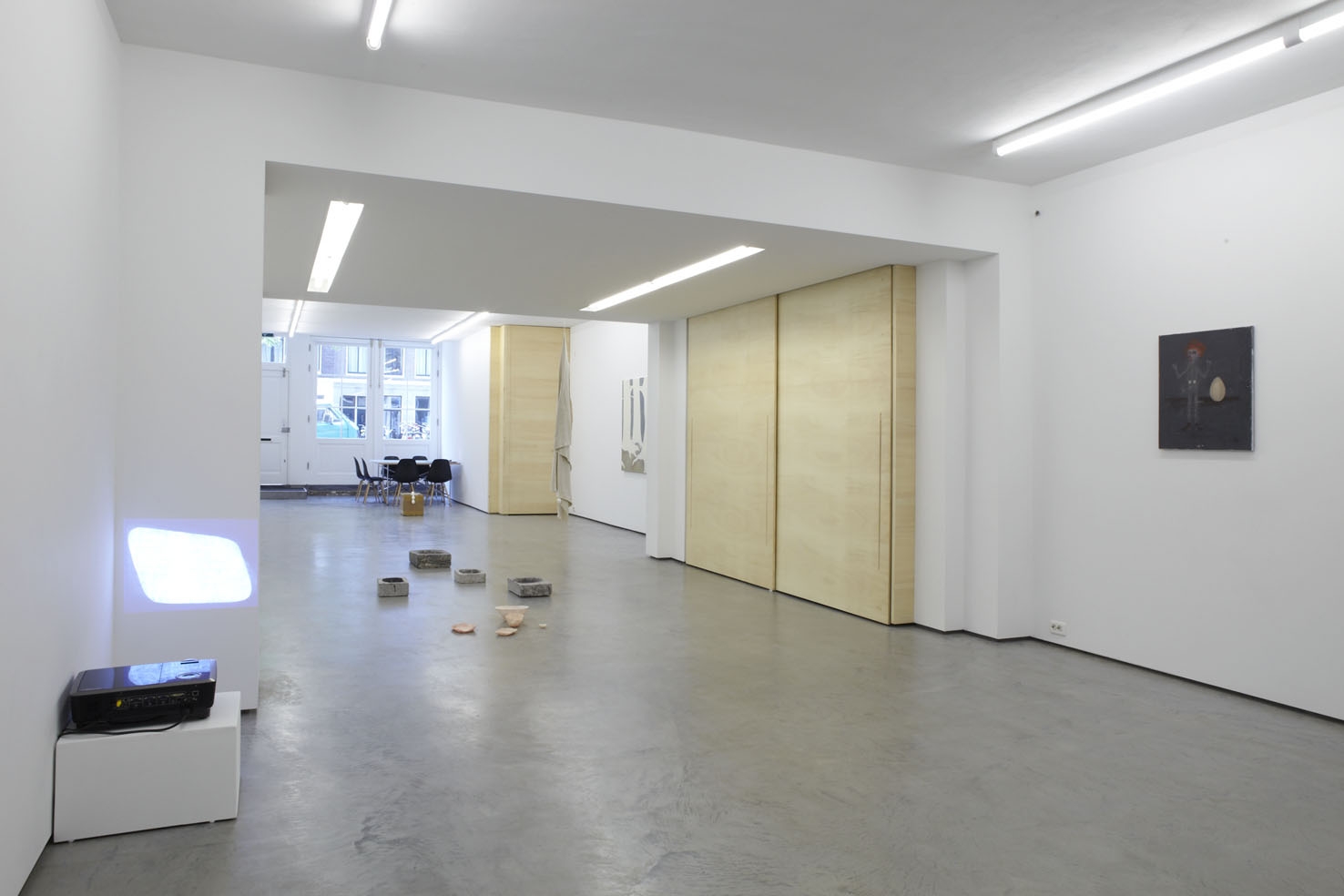 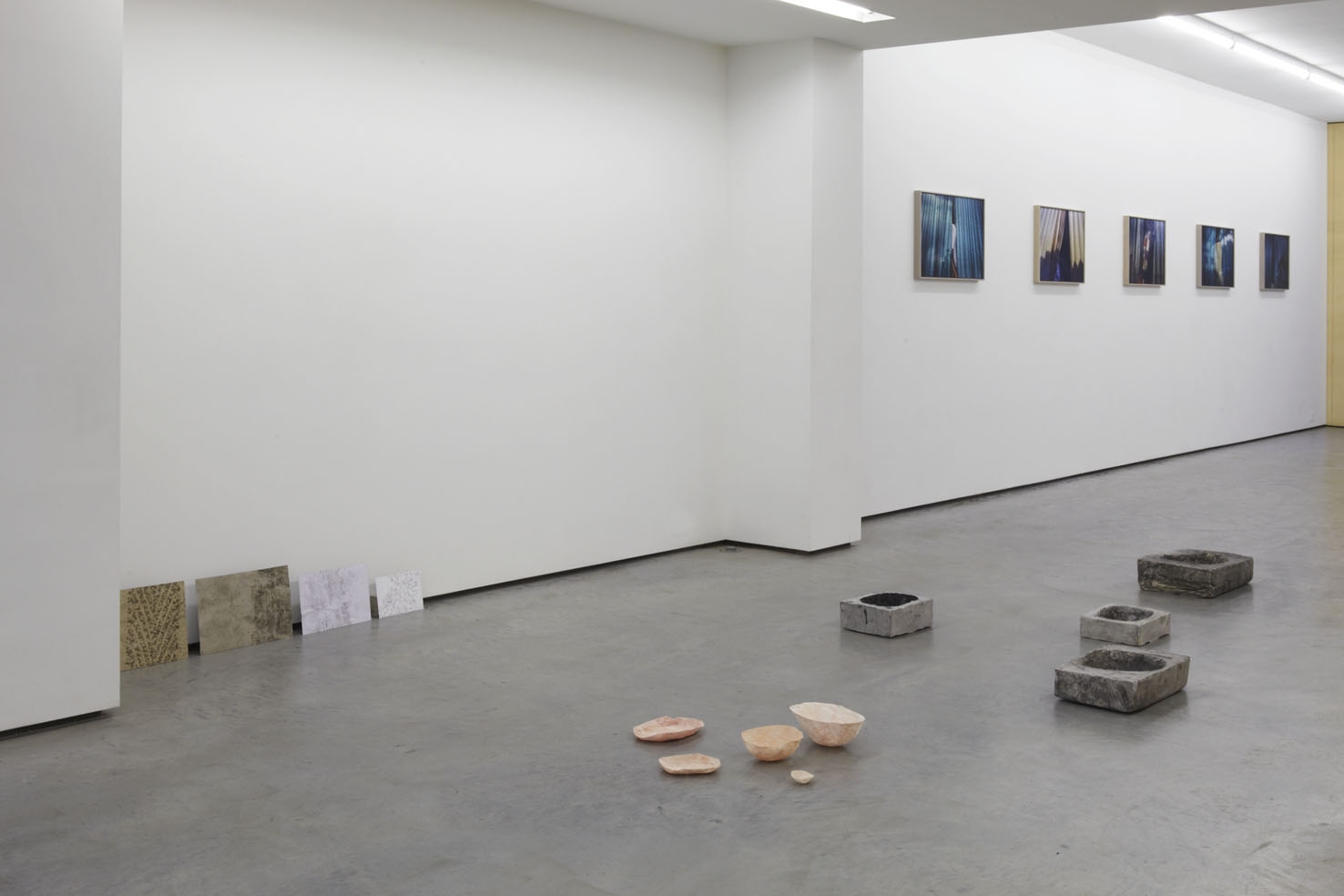 Heide Hinrichs, Tatiana Macedo, Aldwin van de Ven tegenboschvanvreden brings the season to an end with a group exhibition of work by three artists: a combination presented as a bundle of contradictions, revolving around the notion of transformation.

Bits of paper, picked up off the street after countless vehicles have left their tire marks on them, as sensitive gauges of our hectic world: tatooed, with mud and grease, into the paper’s surface are indefinable landscapes. A glance into the rearview mirror, magically transformed into concave and convex forms of papier-mâché or lost in immaterial images where past meets present. Fragile-looking egg shells and pieces of fabric, or cardboard boxes caught in each other’s grasp. Homemade bricks stacked on a woolen cloth.

In the work of German artist Heide Hinrichs (1976, Oldenburg) existing objects gradually fall into place. Never are they arranged according to a predetermined concept; on the basis of their own origins, the objects themselves always persuade the artist to make adjustments. The material used by Hinrichs usually has a history and, although that context fascinates the artist, she unquestioningly yet effectively provides existing facts with a new direction in order to show us, in her poetic installations, that all matter is in a permanent state of flux.

A vacant lot in the metropolis Shanghai. A patch of urban wasteland, where thousands of Chinese tourists get in and out of tour buses day after day. As they swarm out to the city, the Portuguese artist Tatiana Macedo (1981, Lisbon) walks between the empty buses with her camera. From below she photographs the windows; like the urban surroundings, the bus’s interior takes on a new life via her eye. The seats lean back or remain alertly upright, as though autonomous bodies, their upholstery ranging from sober solid colors to gay patterns. Now and then, a stray sneaker appears in a window. Some curtains hang in neat folds; others are casually blown aside or sagging. Reflected in the windows of the bus is time, the turning point between past and present, as the ancient city melts into a cliché of modernity with its skyline of the world’s tallest buildings. Chairs and city, East and West, inside and outside, passenger and observer: all of those levels in Macedo’s photographs give them the look of a theater that has been brought to a standstill.

To Aldwin van de Ven (1980, Den Bosch) the paintings that he creates attest, above all, to a potential presence. Looming between the foreground and background, in the various layers of paint—even in scrapings and painted-out parts of the image—is the possible. The sprouting of something from a sense, an observation or musing, a consideration, a dream that vanishes once it appears and then surfaces in another form, as a witticism, an effect, a classical image: in the visual thought of Van de Ven, everything revolves around the principle of restlessness. The images have a simple, laid-back, almost reduced appearance but are deceptive, being hybrid, descriptive by definition and independent of time and identity. Here the world flows in frozen motion: vase, squid, duck, fishermen, boat, clown, corner, face, space. Transformation upon transformation.