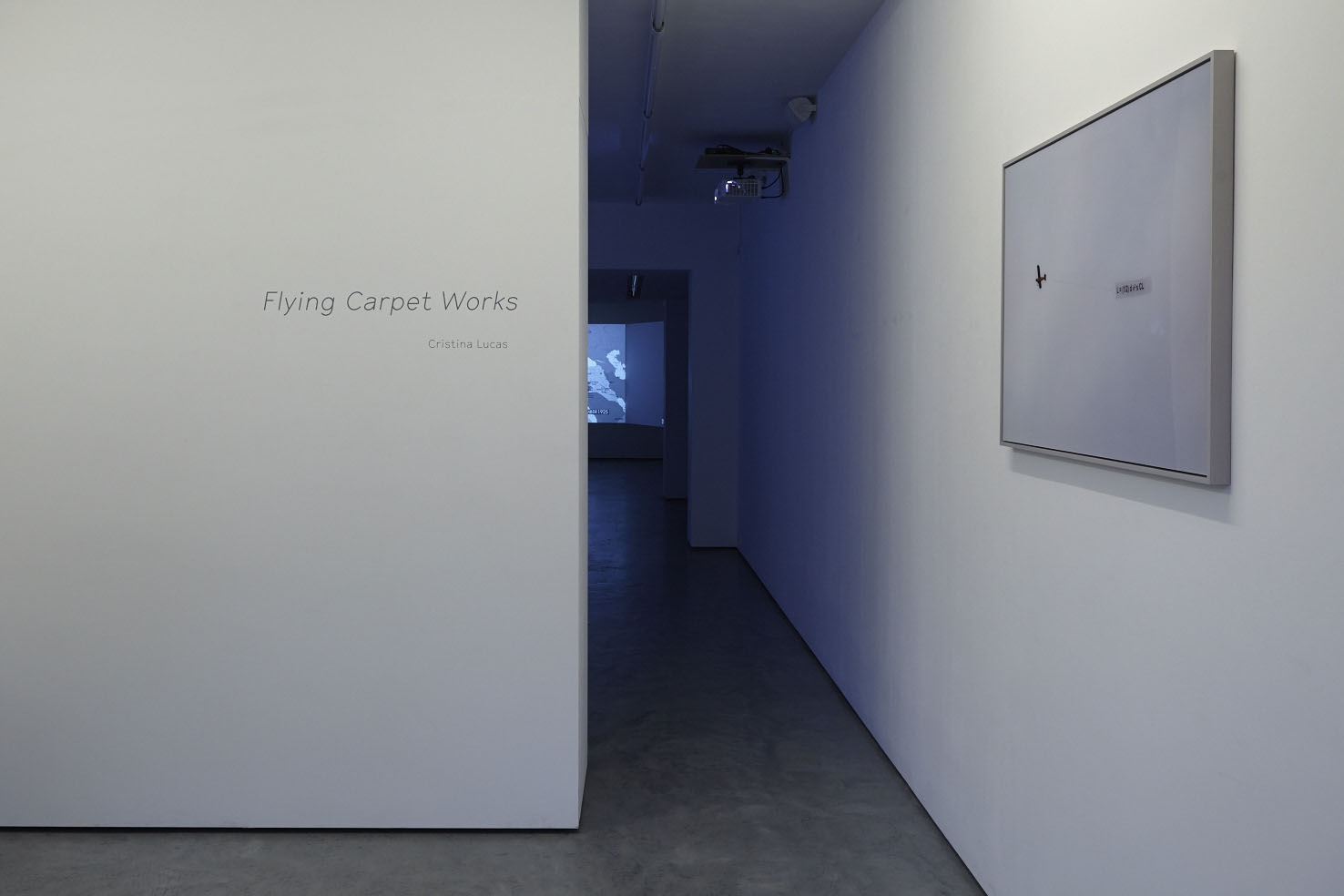 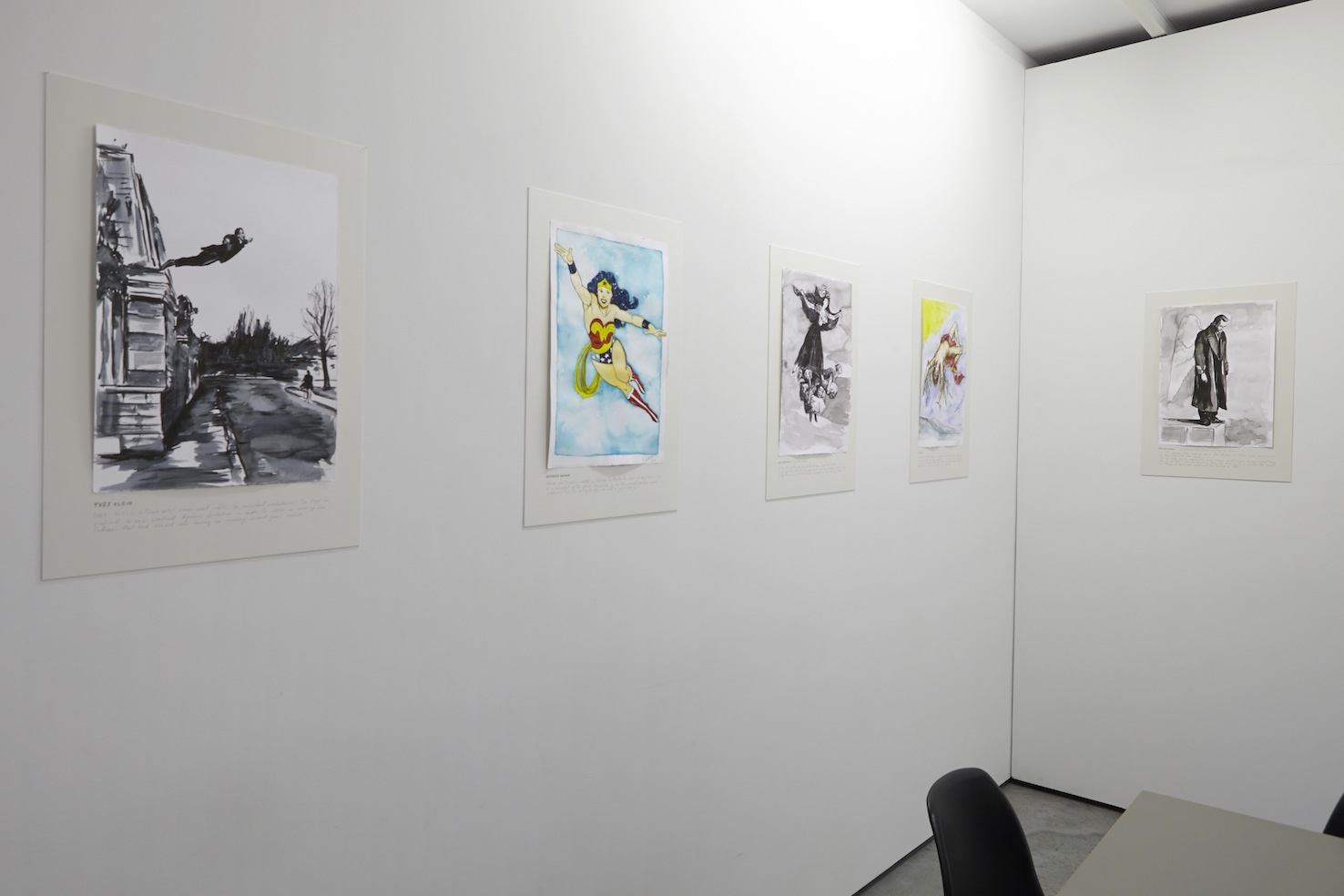 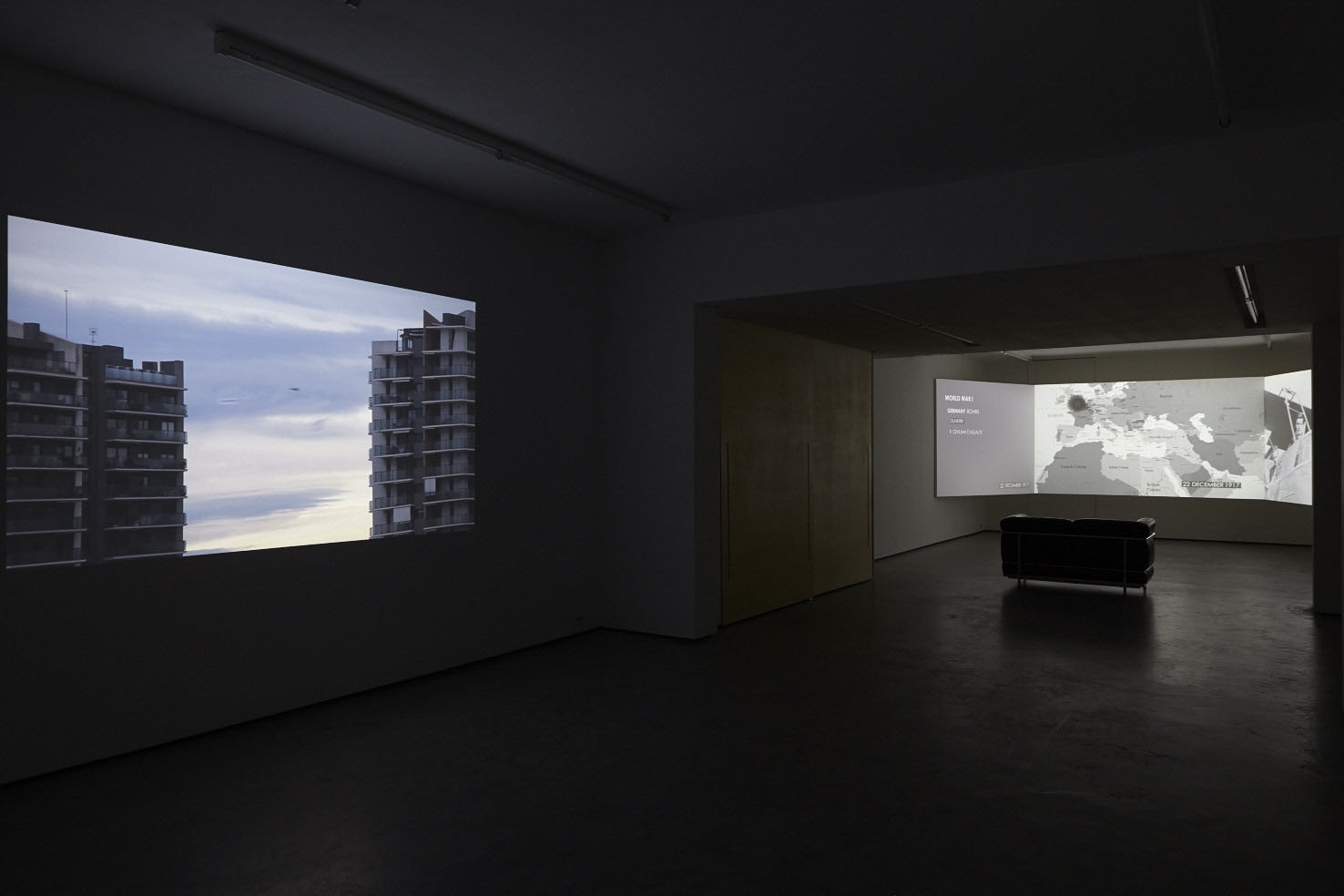 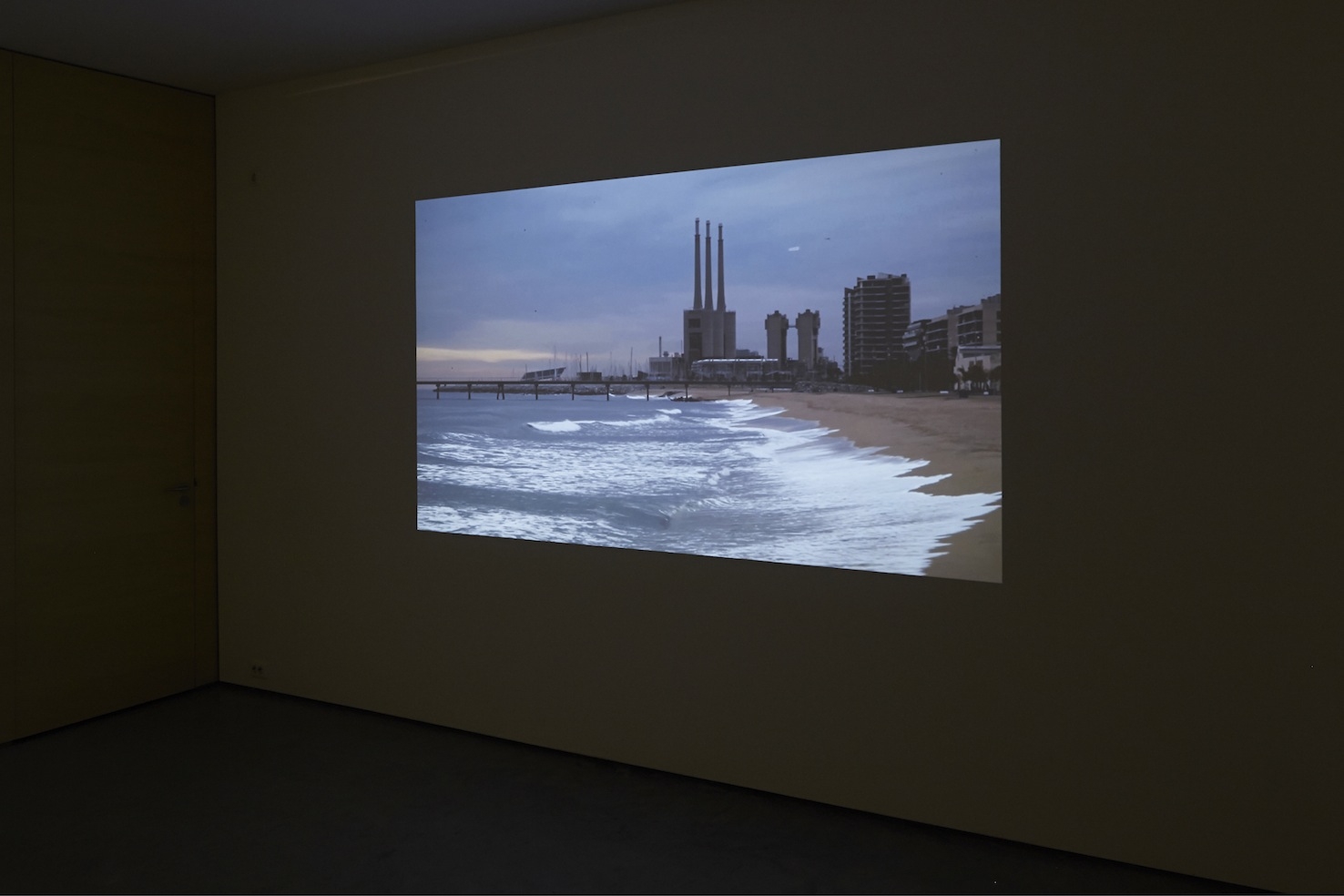 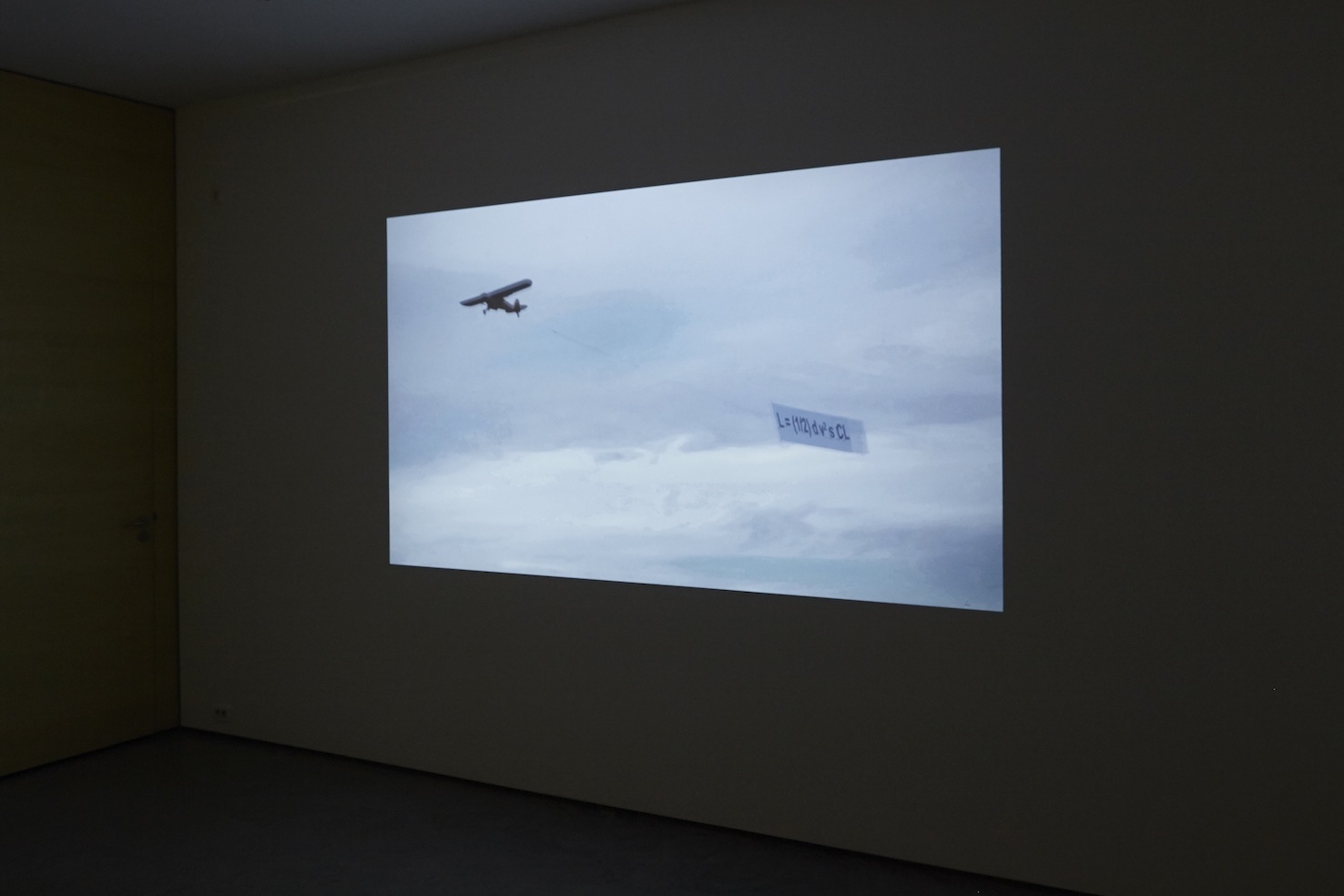 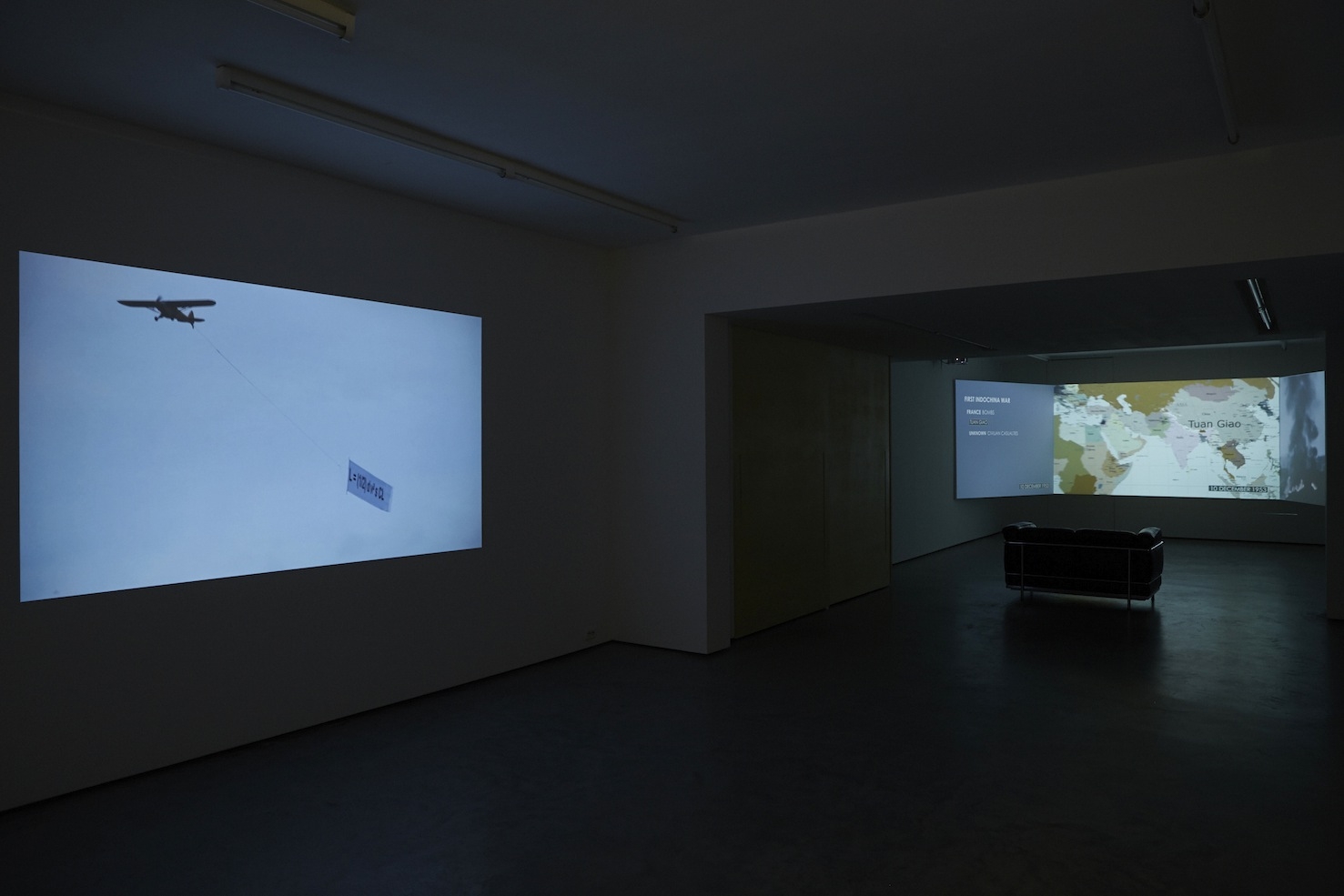 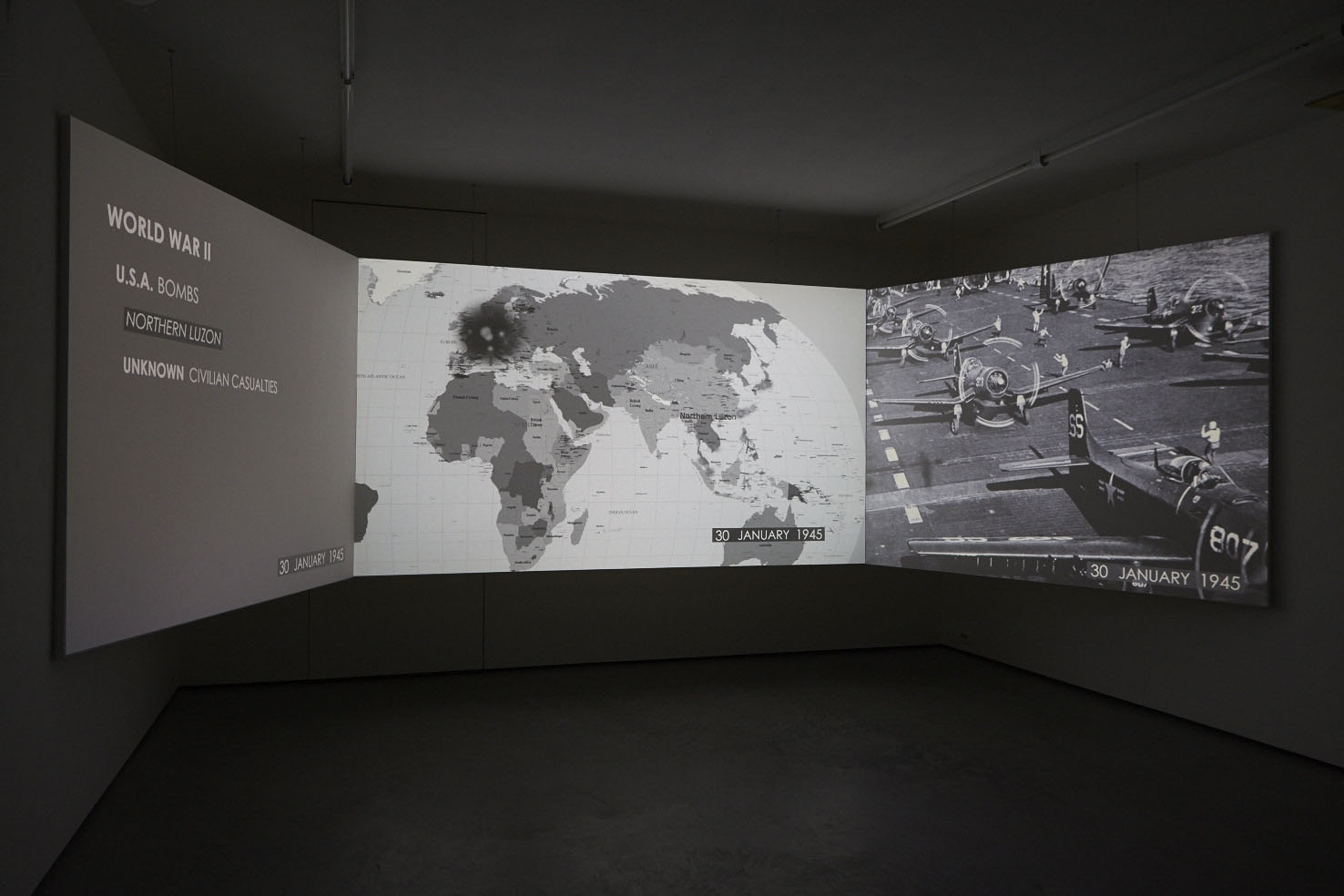 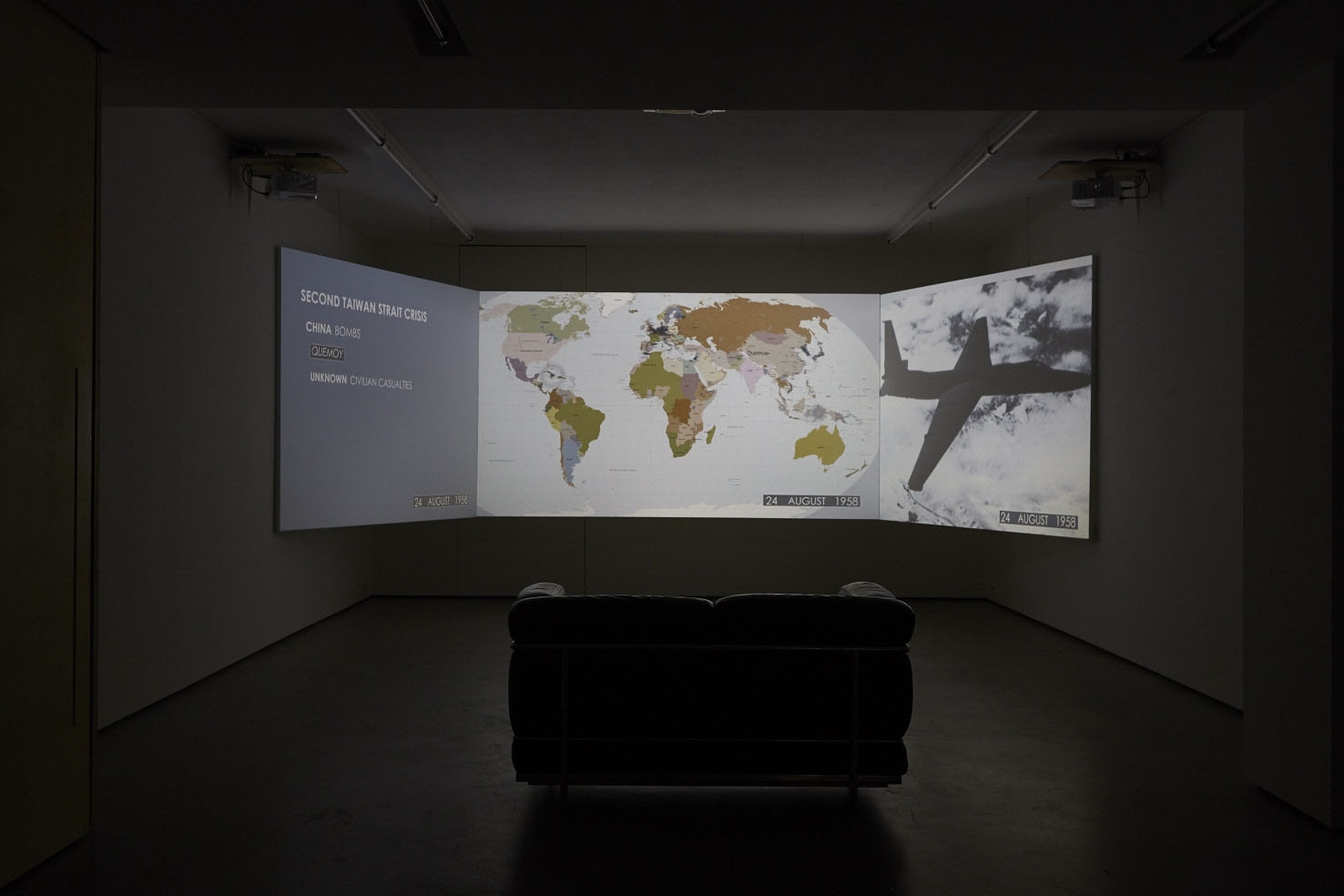 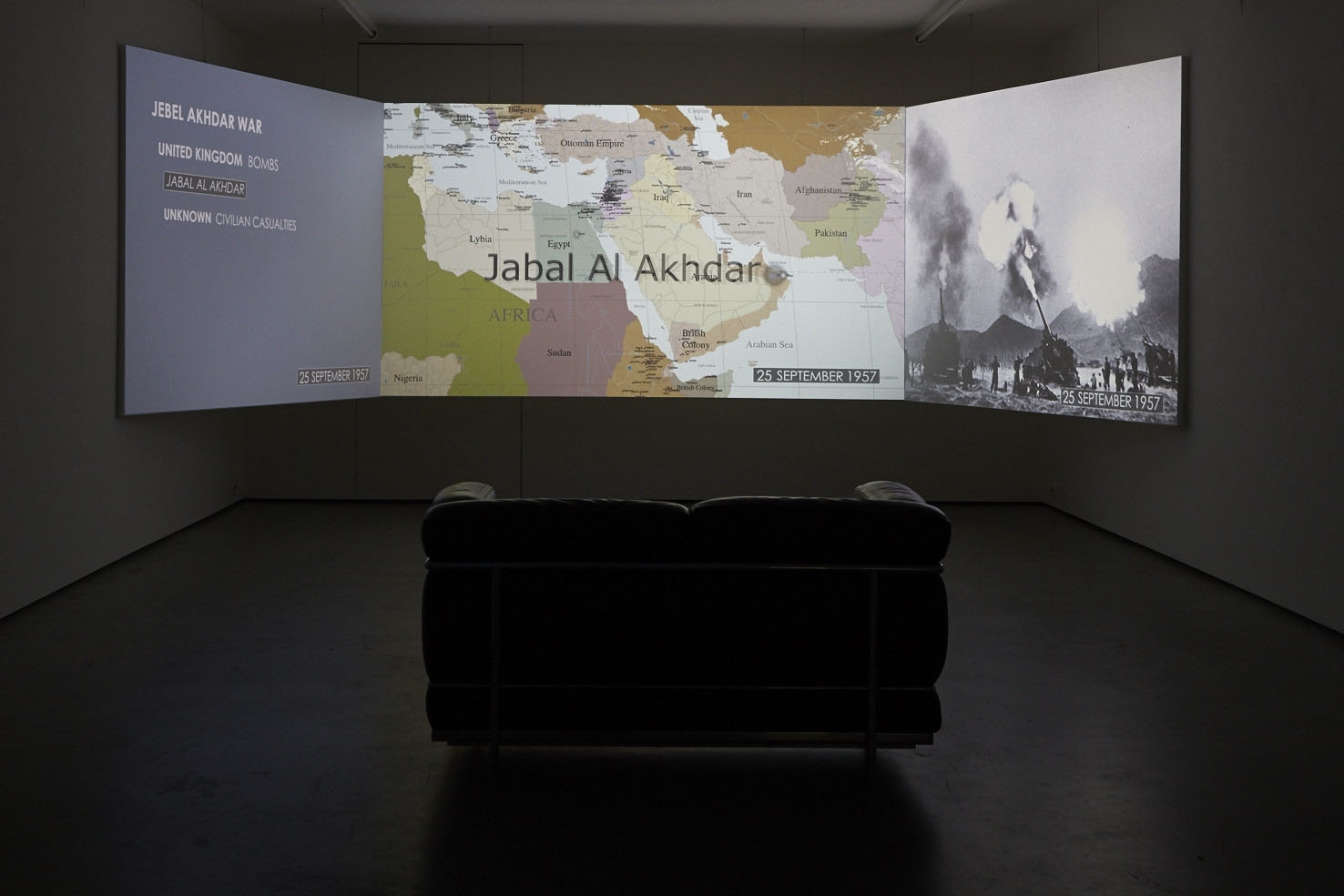 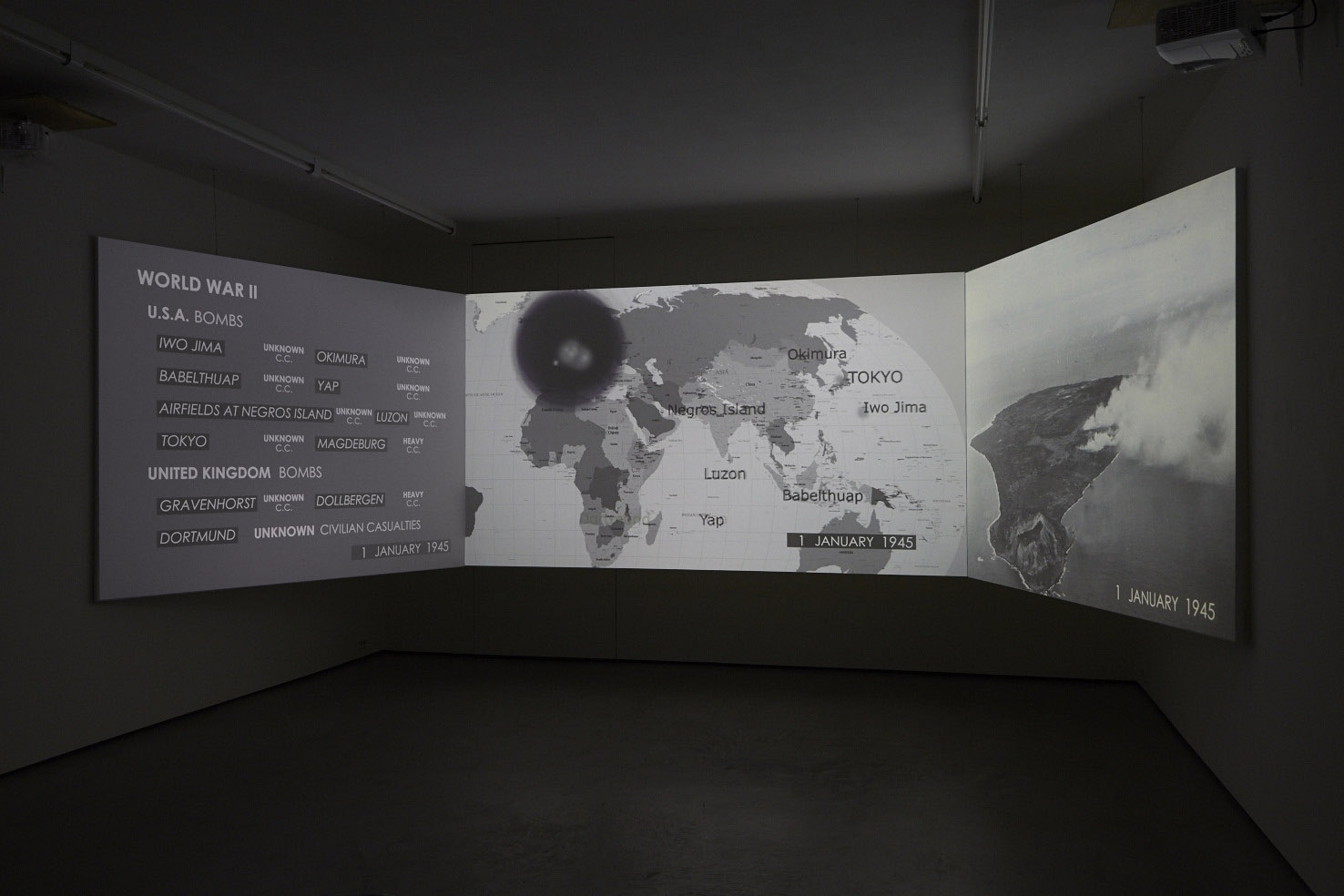 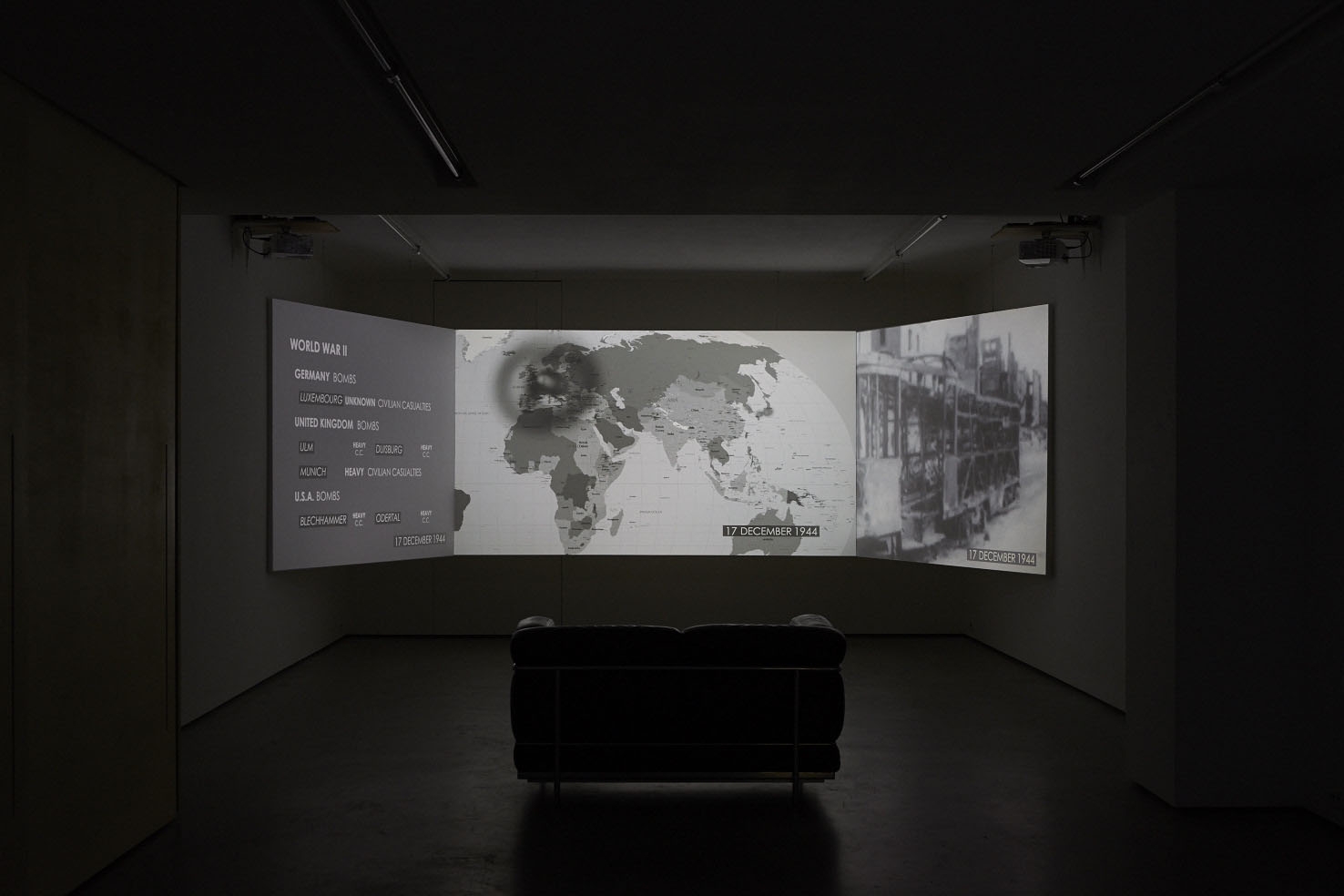 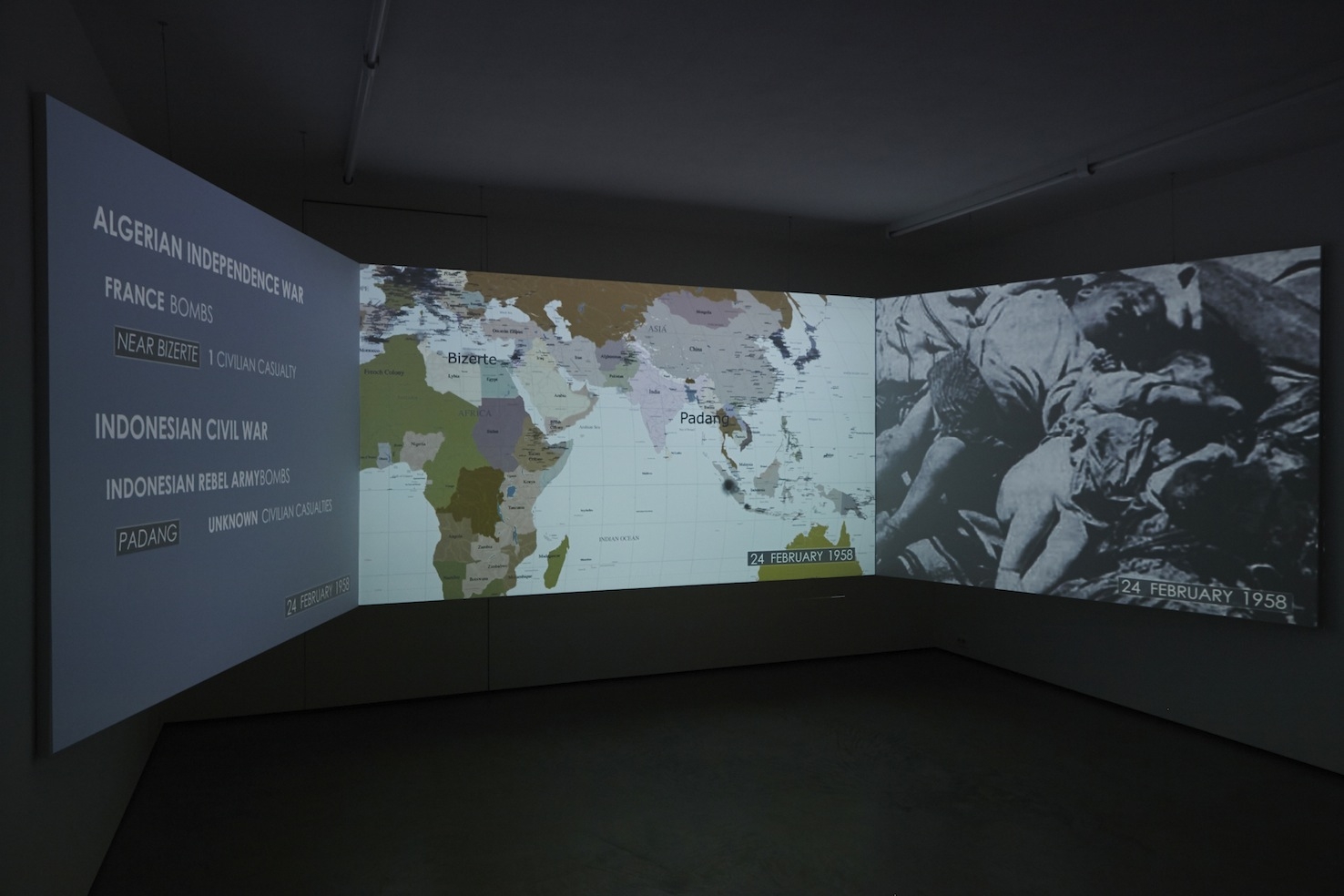 In the tale ‘Aladdin and the Wonderlamp’ from The Book of One Thousand and One Nights, the main character manages to escape predicaments time and again thanks to a mythical carpet that can glide through the air as a veritable means of transportation. For centuries the flying carpet has appealed to everyone’s imagination.

For the internationally known Spanish artist Cristina Lucas (Jaén, 1973) the title of her first solo exhibition at tegenboschvanvreden refers not only to the world of tales, or to myths and stories about the age-old human desire to fly. Her ‘Flying Carpet Works’ allude just as much to the weaving or knotting of carpets as a feminine form of coded historiography. The principal point of departure for her exhibition, however, has been her investigation into the history of bombardments. In that history the longing to fly, and thereby to discover other perspectives from a great height, transforms into the urge to conquer air space and carry out carpet-bombing. The work of Cristina Lucas attests to great social commitment. Her installations, video works, performances, drawings and photographs are often straightforwardly critical, but also serious, playful and humorous. Lucas seduces her audience with beautiful, theatrical images; yet she isn’t afraid to hold up a less inviting mirror to that audience. In her hands social, political, historical and cultural clichés are dismantled and defused in a refined as well as inevitable manner. A range of themes that deal, for instance, with the role of women, religion, the patriarchal system in society or the global supremacy of the West play an important role. And man’s ambition to dominate nature is likewise a subject that recurs frequently.

Among the works in the exhibition is the video work Piper Prometheus: here we see a small airplane pulling along a banner that shows the formula that designates flying, as ascertained by NASA. The formula signified the realization of a dream and, at the same time, the end of a myth. In the exhibition ‘Flying Carpet Works’ Lucas links the dream of being able to fly with the harsh reality of destructive processes that stem from the machinations of power.