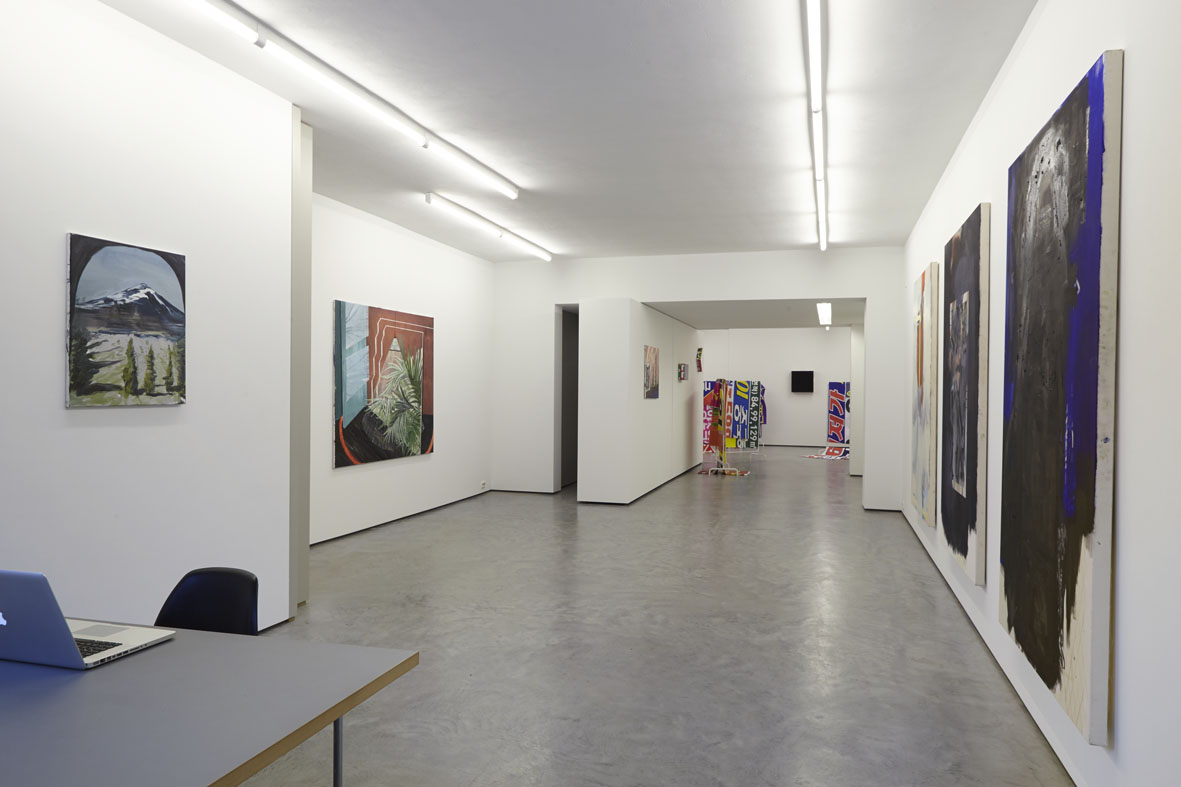 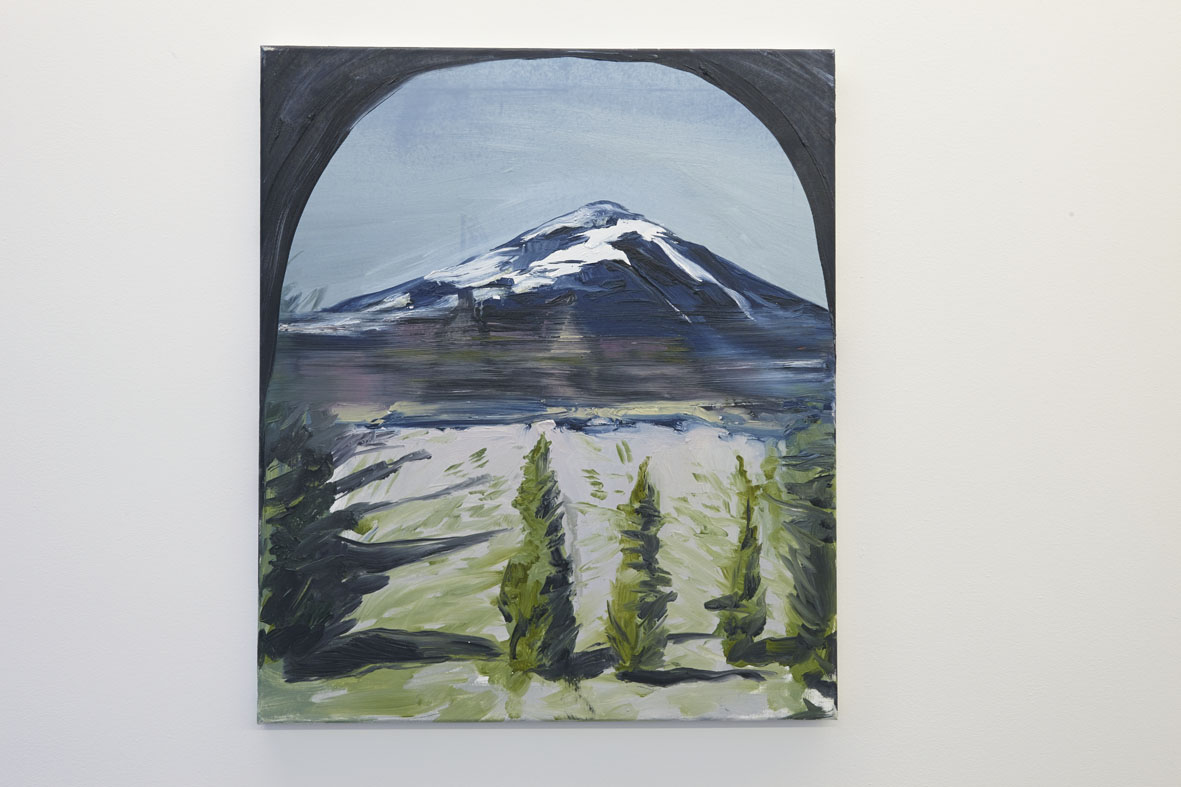 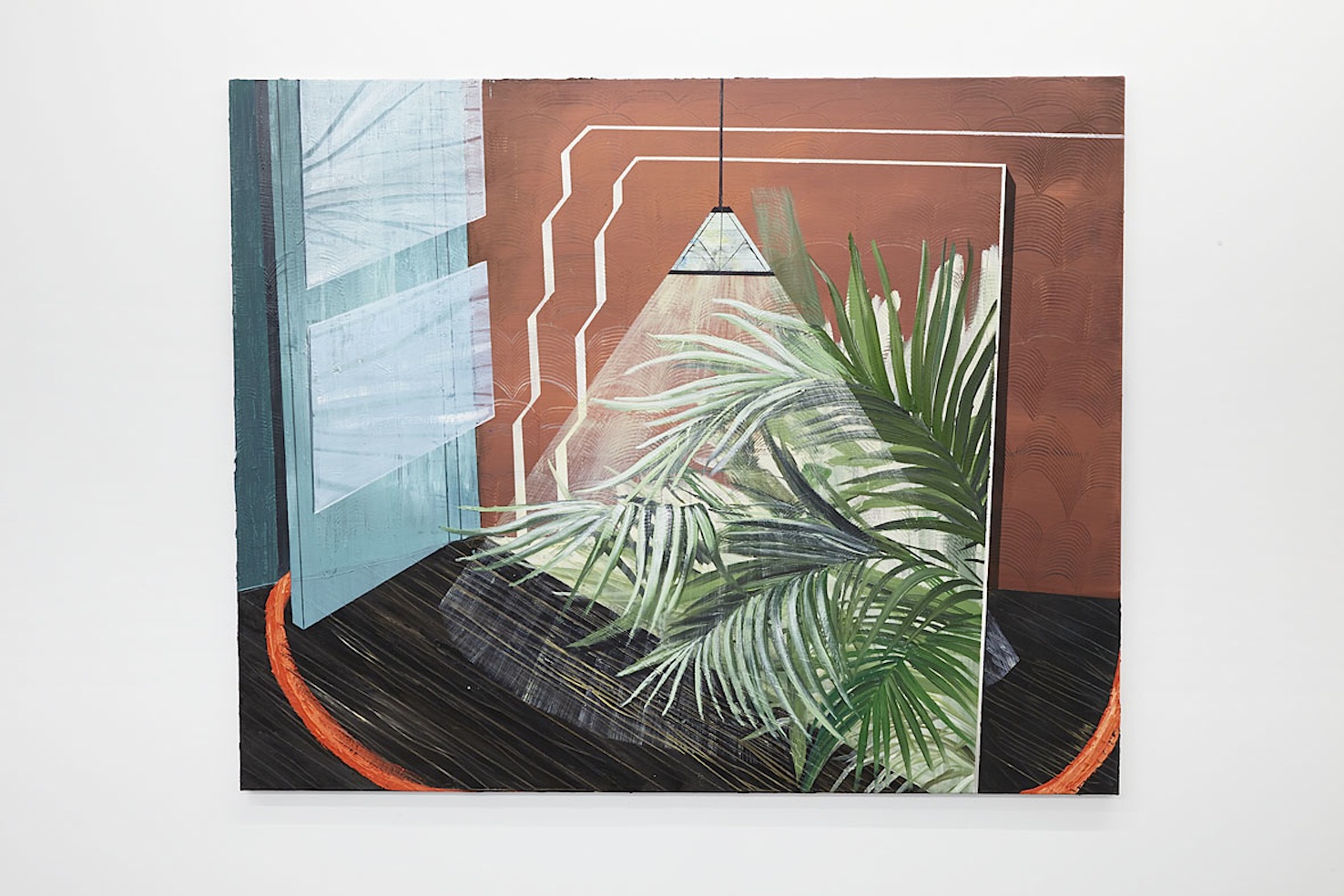 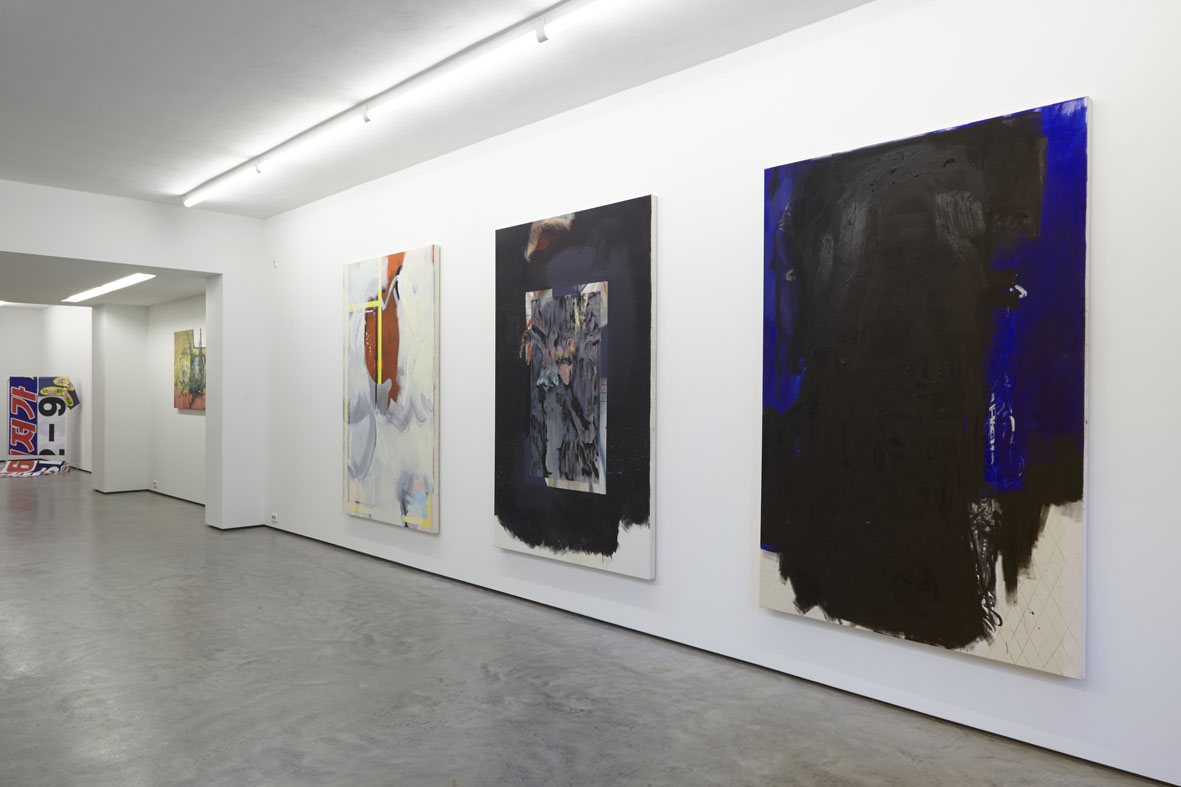 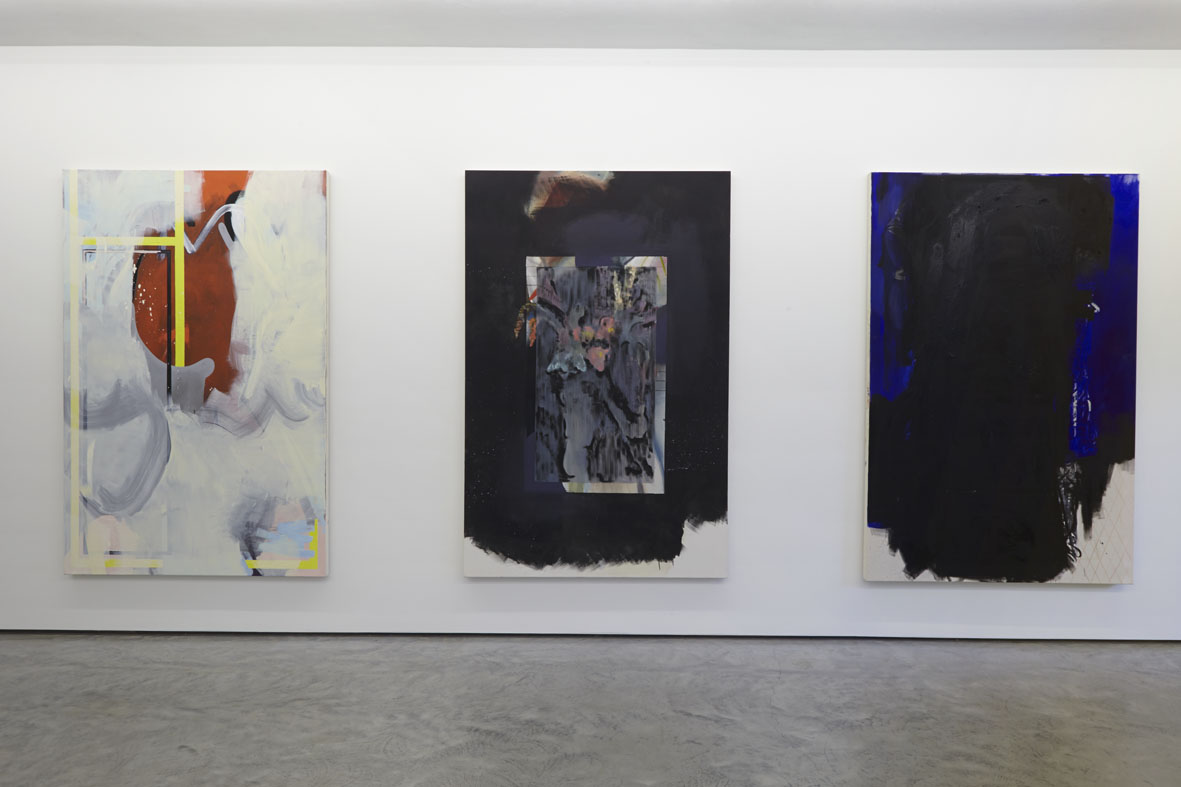 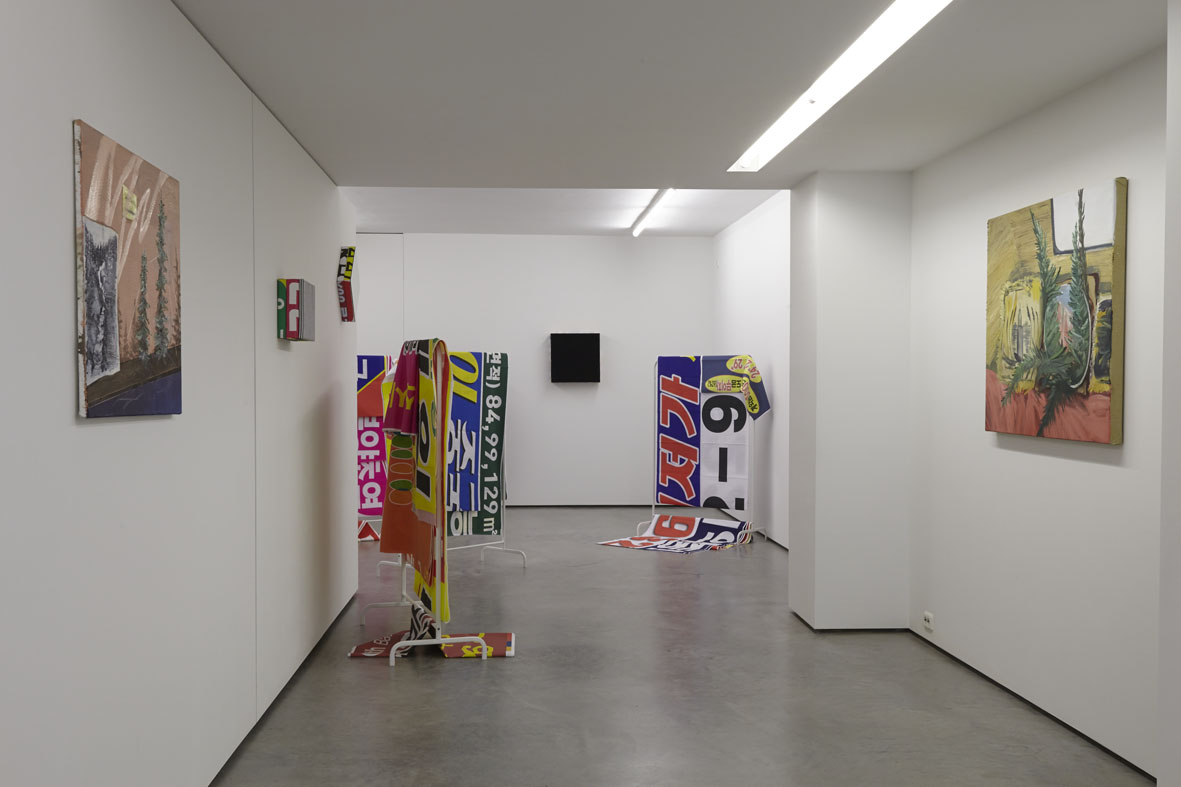 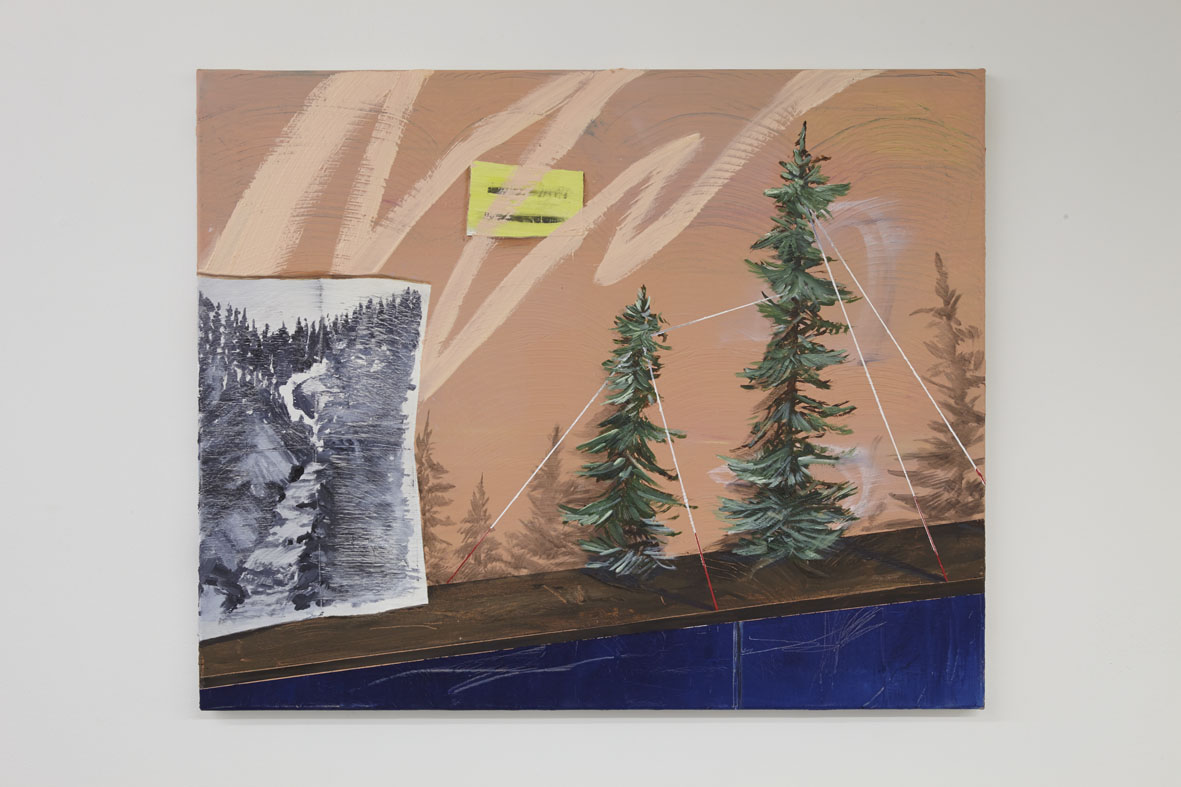 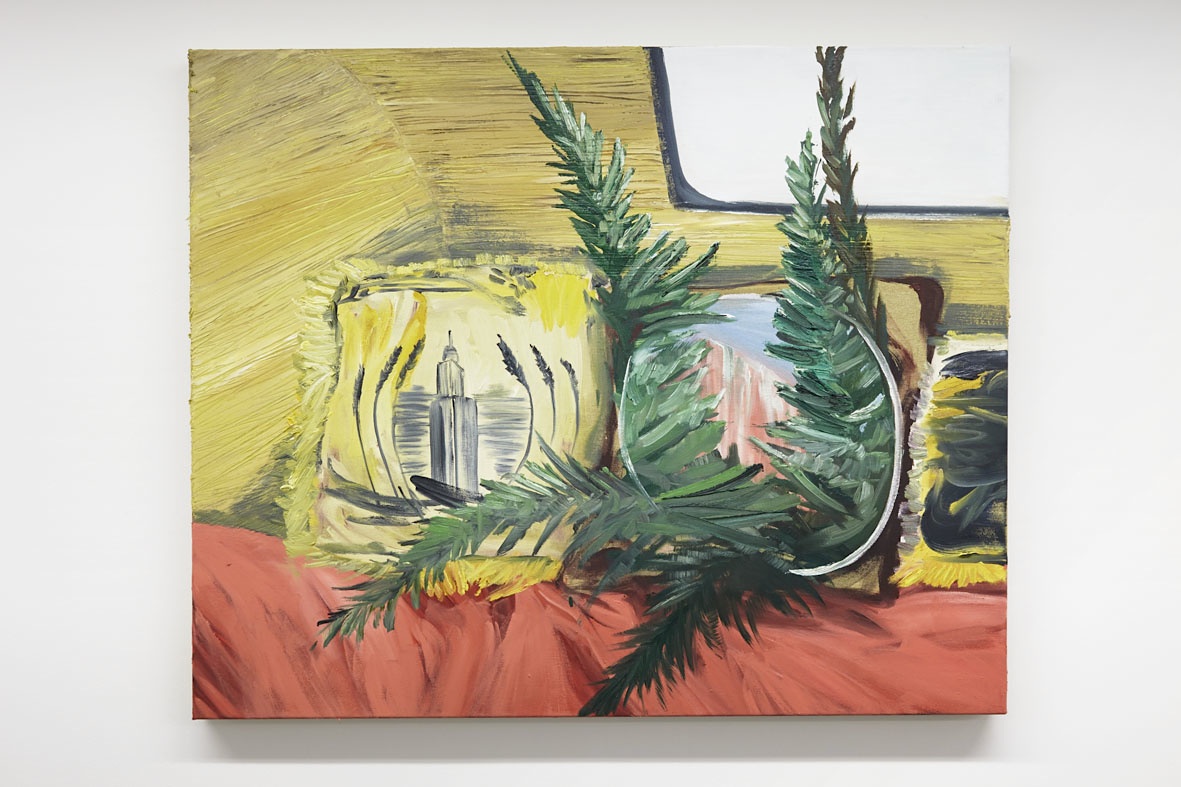 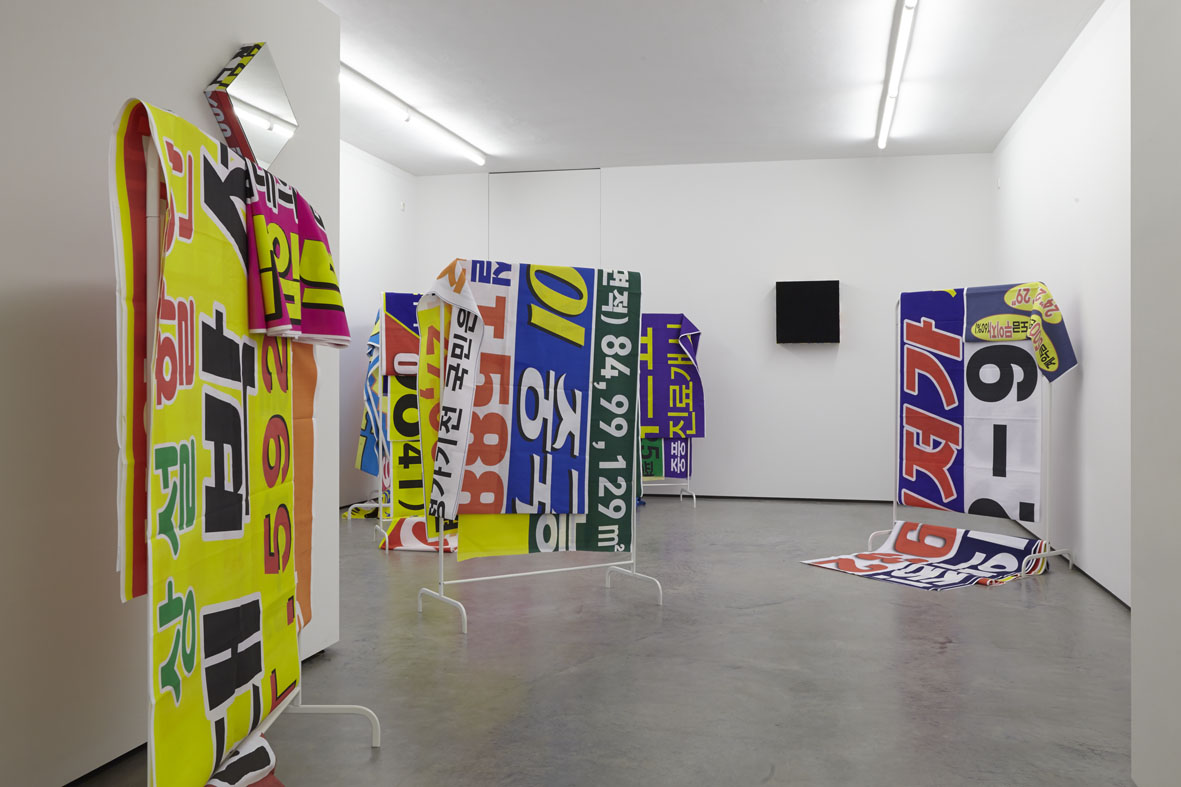 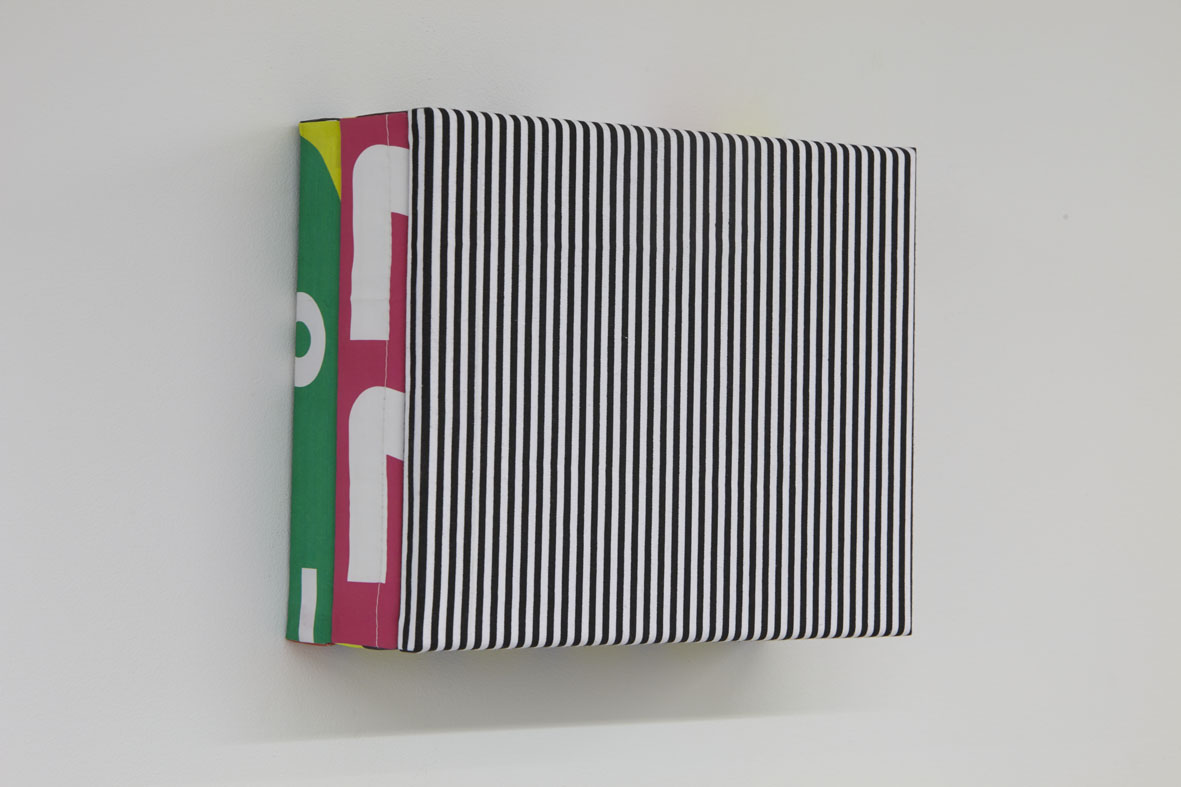 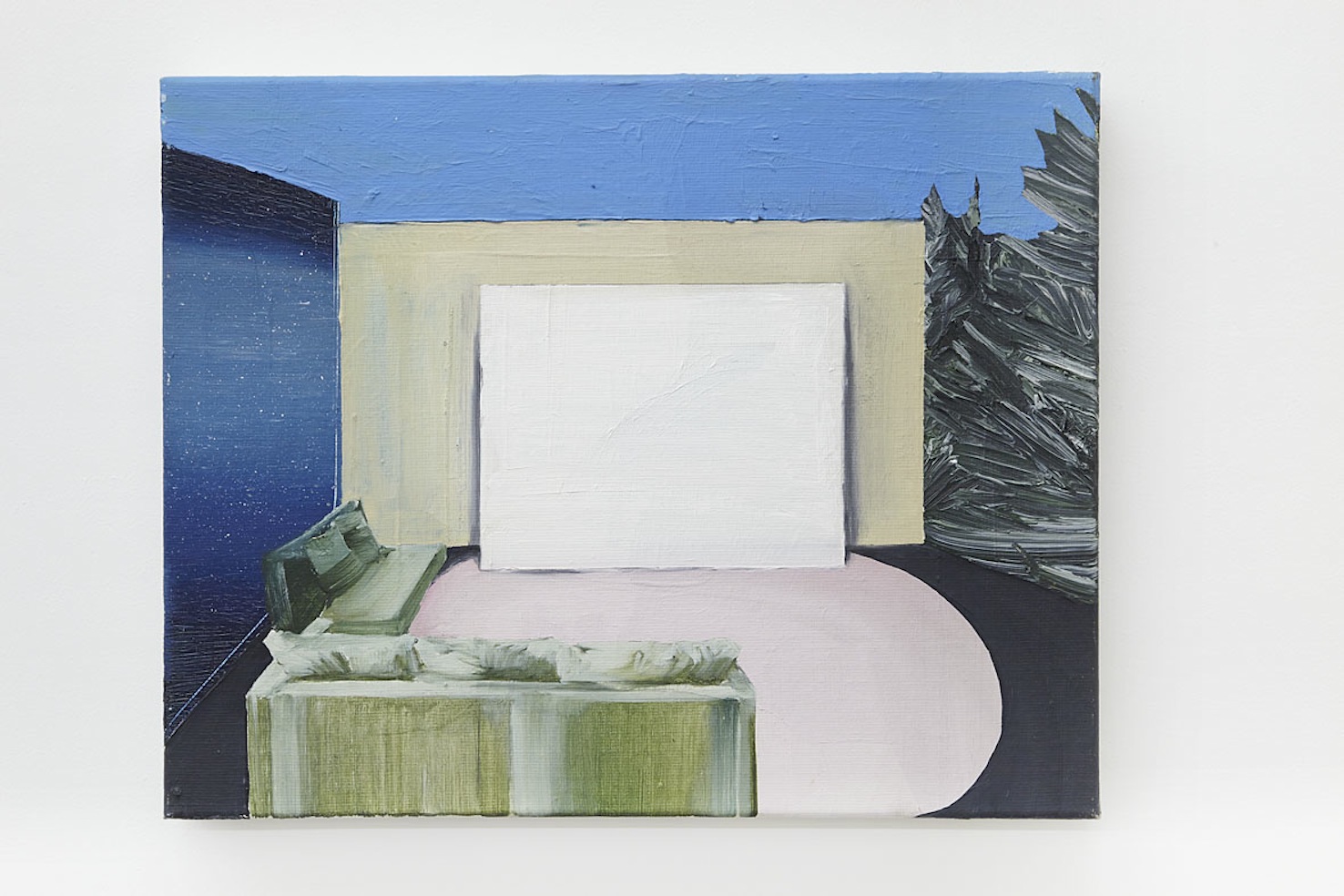 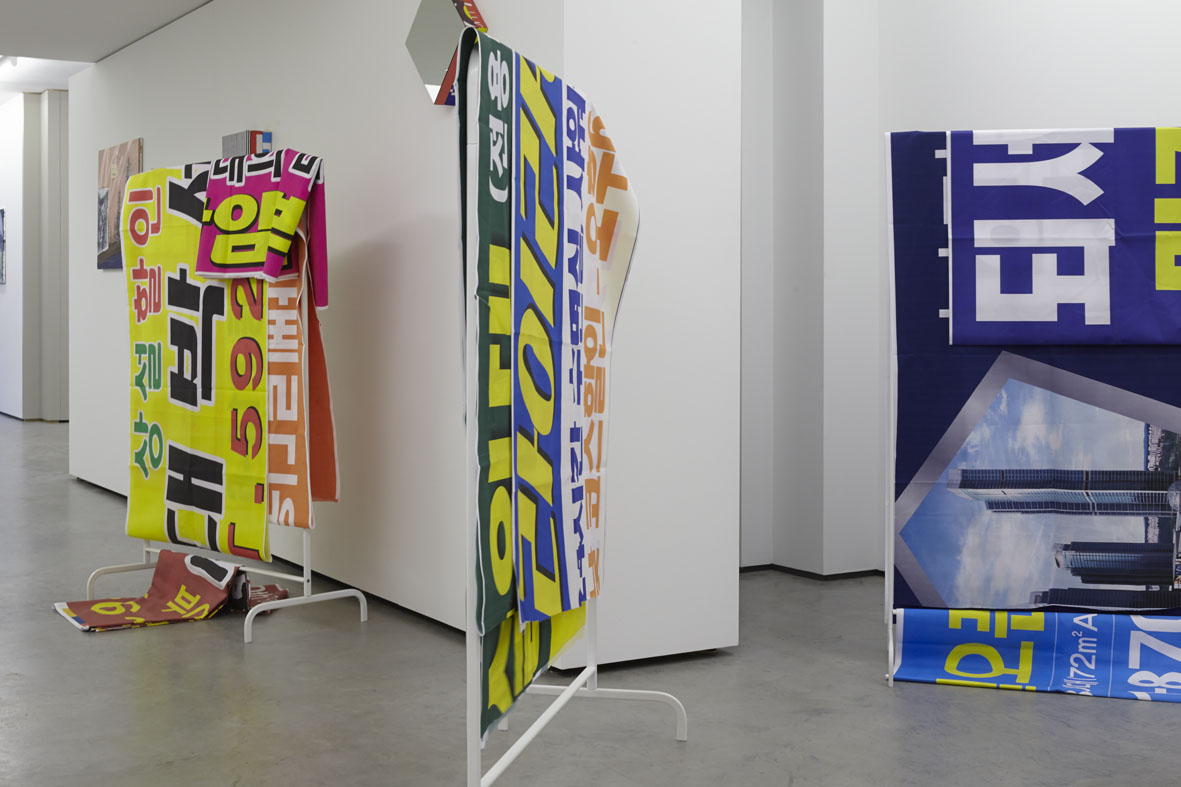 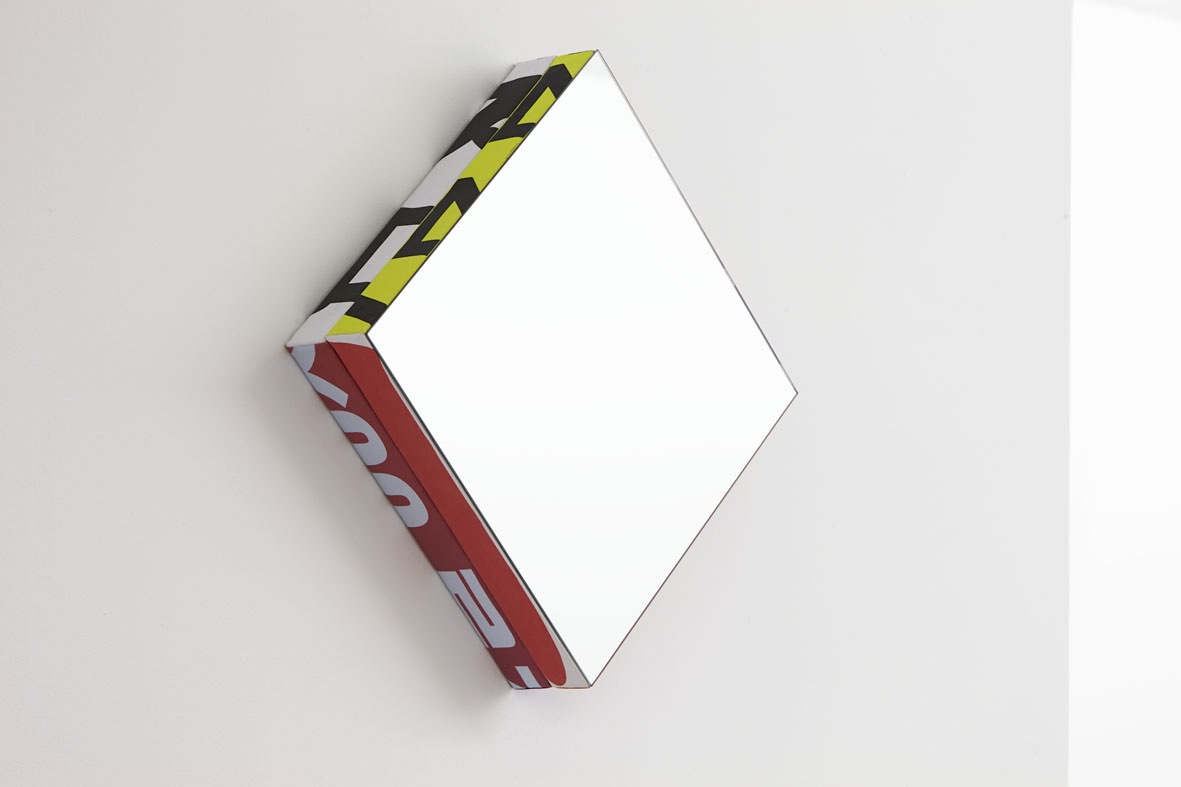 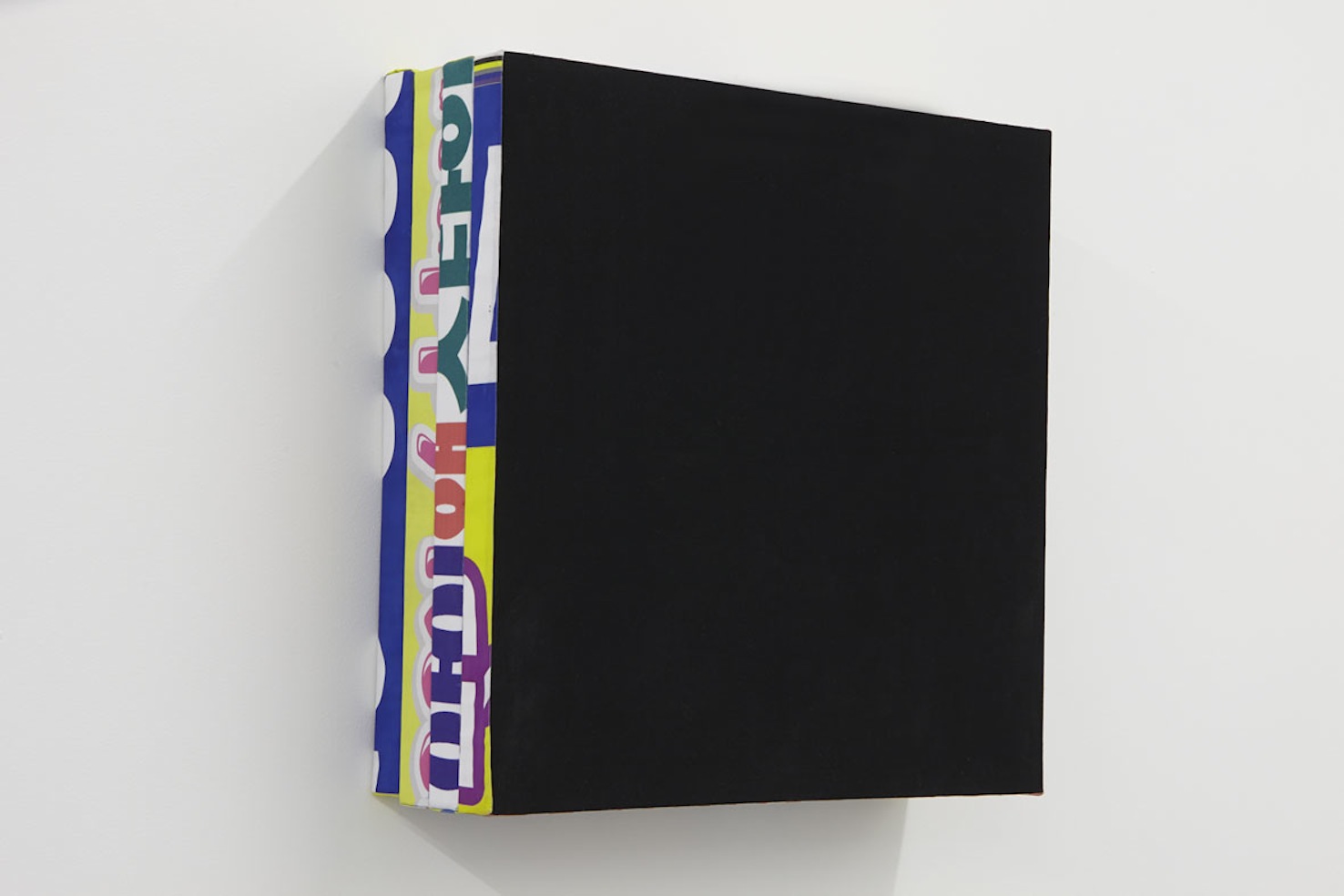 If, as some theorists maintain, painting is an activity sustained by its own history, then contemporary painting should somehow feel the pressure of that very history. Painting being produced today should, in that case, respond to the predecessors considered relevant and position itself within specific historical contexts. The key issue in painting may well be its own past: there has always been the endless lament that, despite the freedom frequently ascribed to it, painting actually has very little latitude and is in danger of collapsing beneath the weight of its own existence. Painting is, maddeningly, a prisoner of art history. Its supposed freedom is its burden: that ‘unbearable lightness of being’.

According to the American art historian and art critic James Elkins, painting has a special relationship with art history, because the terminology employed in art theory and art criticism is derived almost solely from the specific language pertaining to painting. That fact, says Elkins, is difficult for the art world to accept: “Despite the fundamental critique launched by minimalism, despite the rise of so many new media, despite the many rumors of its death, despite everything, painting remains the central medium for the articulation and historiography of the visual arts. (…) Painting is crucial for the conceptualization of visual art, and to art’s sense of its own history.” Certain theorists assert that history has lost its relevance to art and that, by adopting the ‘anything goes’ stance, painters can paint whatever they want. But Elkins refutes this: “The opposite is true: history presses down more than it ever has, and almost nothing is possible. That is why both painting and writing about painting are more challenging now than ever before.”
Entering the Painting brings into the limelight the work of three young artists, Janine van Oene, Charlott Weise and Summer Yoon who focus on the medium of painting. The idea for this exhibition came about on the basis of a fascination with the medium that continually rises from the ashes like a phoenix. How do younger artists deal with the medium and relate to the legacy of modernism? How do they deal with other media such as photography and video art? What, in a digitally oriented world, does workmanship mean to them? What in fact, in Entering the Painting, are the terms that shape the identity of painting?

Janine van Oene (1988, Kampen) has a USB stick that has about a million images on it. ‘I like, for instance, pictures imbued with that old American atmosphere, living rooms full of curiosities, walls that might have that ‘sickening’ shiny look or, the opposite, a really worn appearance, all kinds of things that strike me as being wonderful to paint.’ She laughs when adding that these are often cliché images that she takes from old books on nature. ‘Giving rise to a flow of associations for the viewer’ is how Van Oene describes what she aims to achieve in her paintings. Most of the works start out with the image of a room, an undefined space, derived from the pictures in her archive. Frequently there is a suggestion of various spaces that are interconnected in an alienating manner, as though the painting were a collage of perspectives and inner views, of recognizable and unexpected or absurd elements. Specific spaces or rooms are not what concern Janine van Oene. Nor are the thoughts that she wishes to evoke, by way of suggestion, based on any straightforwardly autobiographical aspects. These are sooner recollections of images from films that she has seen, images that have their own distinct mood.
Although her work is narrative, it doesn’t necessarily originate in figuration. This is, in fact, why she experiments with more formal elements such as the introduction of a structure in the underlying surface. She opts for the method which is best suited to the image being sought. Her most recent works are painted in a loose manner and not composed, as before, on the computer. Nowadays Janine van Oene sketches with paint or draws with pen on paper and might use a depiction on her cell phone as a point of departure, often as an efficient way to achieve a certain incidence of light. Ultimately the result is far removed from the image on which it was based. Atmosphere and color are crucial ingredients in her work. Her work expresses the conceptual freedom to allow things to take shape by accident, as it were. To Janine van Oene, painting is alive and well as a context in which she can let a wide range of media have influence. Her stance is that of an artist working in multiple forms, not guided by classical definitions but seeking the freedom of a world in which anything, basically, is possible.

The towering paintings of Charlott Weise (1991, Görlitz, Germany) are about an ambivalence of figuration and abstraction. To Weise, these are not separate worlds, as is often the case, traditionally, in art history as well as in contemporary art. Weise seeks tension in an interim realm: ‘Although figuration lies at the heart of it, the image remains twofold. It is encrypted via a vocabulary of forms and references to various realities and cannot automatically be recharged with narrativeness.’ ‘I’m not after belle peinture; what interests me is the friction between diverse spheres,’ says Weise. Words such as ‘fight’ or ‘struggle’ are the terms she uses to discuss her work, although, as she herself explains, this is ‘not solely what the work is about.’ Pronounced realistic elements are not actually visible but, singularly enough, ‘palpably’ present in her works. It is as though she brings things to light by painting them out of the picture, so to speak, and making them almost invisible. In the painting Isidore – the title referring to the goddess Isis, from Egyptian mythology – a large black surface predominates. In the black, one can vaguely discern the outline of a figure. An almost luminous blue has been painted beneath the figure. And hidden beneath that blue are mysteriously translucent, pale calligraphic marks that emerge in a fragmented way. In all of her works, elements pop up from the underlying strata. ‘I often start out with a blank canvas,’ says Weise, ‘and work my way out of the painting with mental pictures that no longer matter once the work is finished.’
After having studied painting in Dresden for a number of years, Weise attended the Rietveld Academie in Amsterdam, where the self-evidence of the painterly approach was systematically questioned. In her own practice she encounters all of the clichés intrinsic to painting, and then ‘erases’ these in order to liberate the image, as it were, from the paint. Weise speaks about her paintings as though they were characters, each with its own name. ‘The intense presence of strong forms stems from the gap between abstract gestures and subtle allusions to reality. The coded painted image and, combined with this, the ambivalence between familiar and unknown forms give the work an ambiguous quality. Rather than prompting doubt, this actually intensifies the image.’ Charlott Weise deliberately opts to balance on the very edge of painting.

Summer Yoon (1986, Cheonan, South Korea) has a fascination with material and with the notion of ‘unoriginality’. In her home country she was trained in the department of Western Painting at the art school in Seoul. The question as to what the medium of painting actually involved, however, was not raised. In order to gain a broader understanding of a more theoretical and connotative approach to art, she came to the Netherlands for a Master’s program at the Frank Mohr Instituut in Groningen.
Having an open-minded stance, Yoon experimented with different subjects, styles and materials – such as digital images – until she discovered that she was actually looking for ways to ‘erase’ herself in her work, as it were, in order to be original: a line of thought that took her back to Duchamp and Zero. She then gathered all sorts of textiles – tablecloths, handkerchiefs, remnants of fabric on which words were printed – and combined these in collages. With Summer Yoon it all revolves around the relationship between the object and the viewer. In her case that doesn’t entail a focus on purely formal aspects. She wishes to show a context in which the idea of body language plays a vital role: how does the viewer physically relate to an object, to the cultural surroundings and, also literally, to the surrounding space? Yoon works with banners that are used, in her home country, in the advertising industry and which cleverly capitalize on human needs or desires, relating to anything from food, fashion, real estate or sport clubs. Numbers and words dominate the brightly colored remnants. She hangs or drapes the banners over and under the tall clothing racks and places the ‘clothed’ objects in a jumble, as though wanting to choreograph the course of the viewer’s approach. She also stretches these banners onto small paintings and stacks them into three-dimensional ‘blocks’, which can then be hung on the wall or placed on the floor. “My work is very related to painting because I consider this as where I come from”, says Summer Yoon. She ‘travels’ back and forth between Western art history and what, to her, is the more familiar Oriental idea of flatness, the absence of spatial illusion. These two worlds are connected by way of the commercial world of consumer society. In this position of the tourist Summer Yoon feels at home.