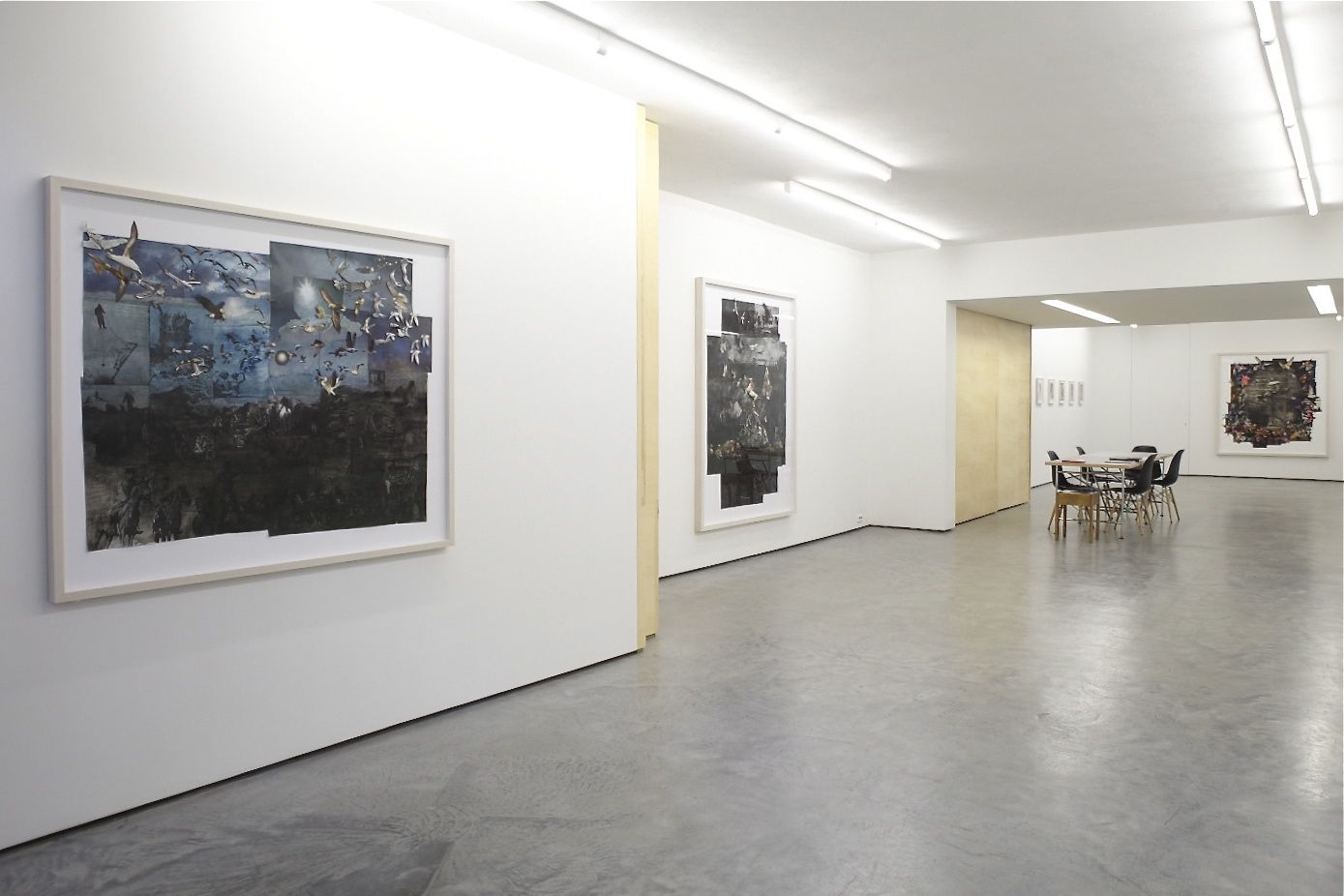 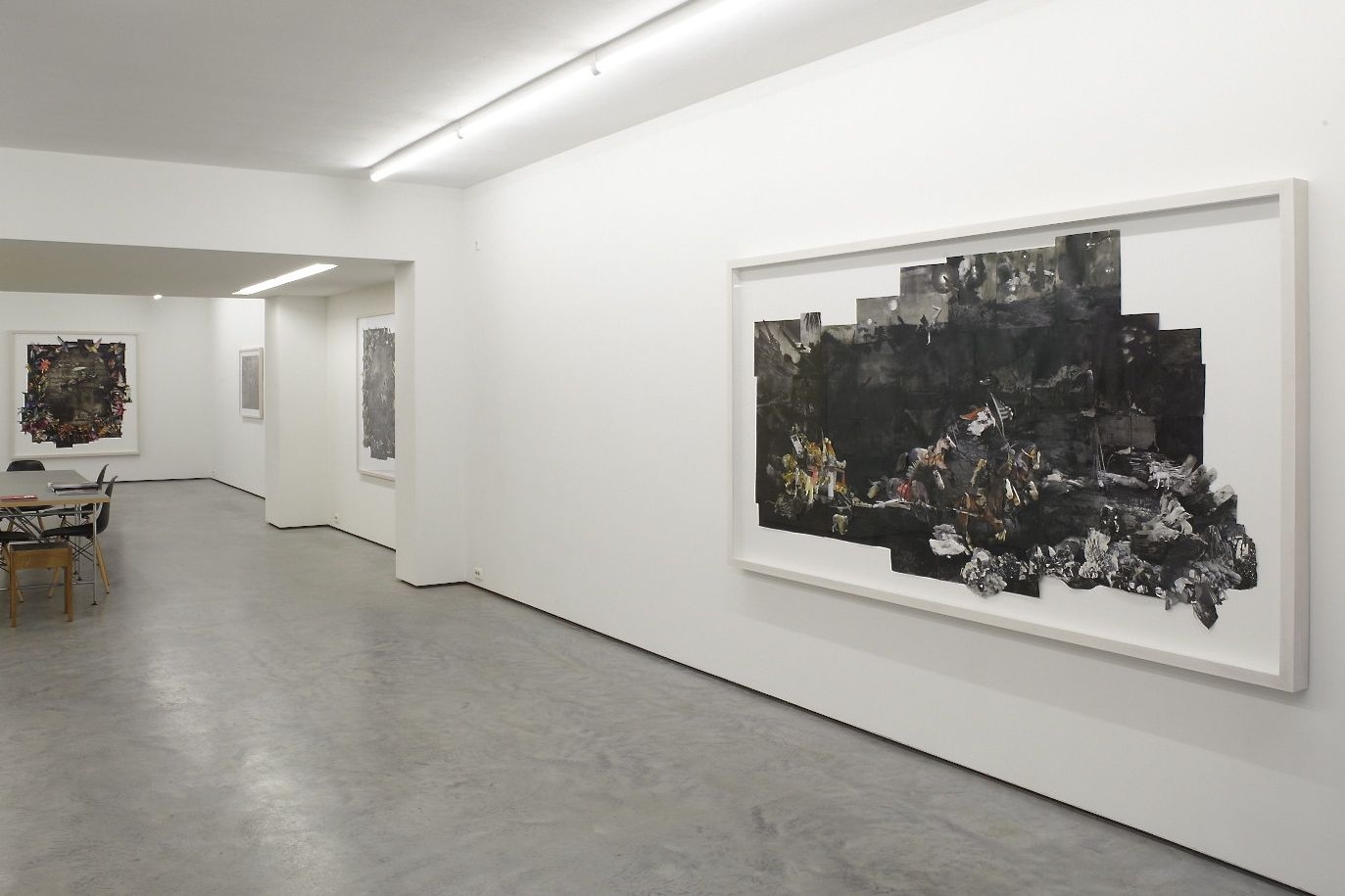 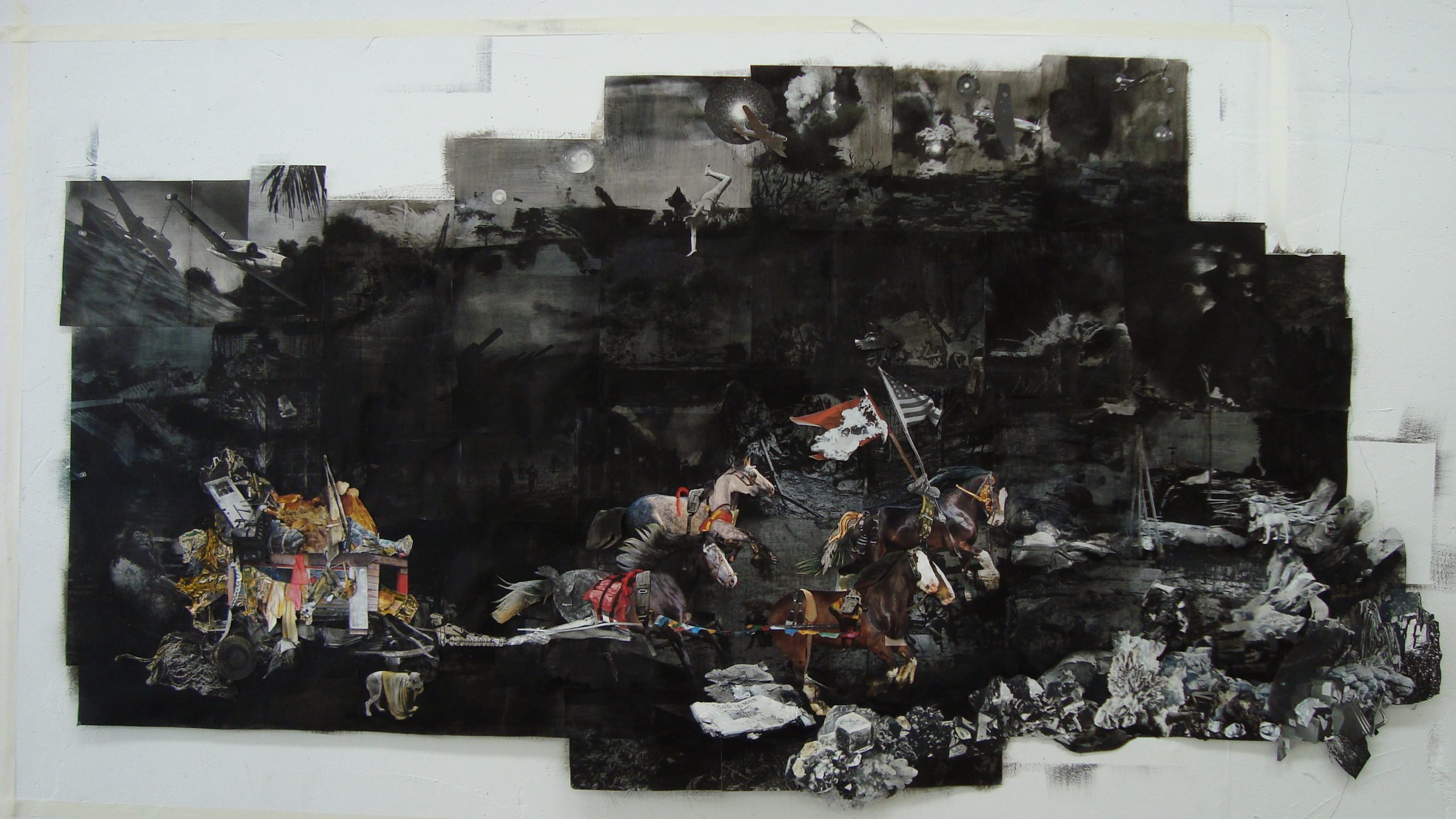 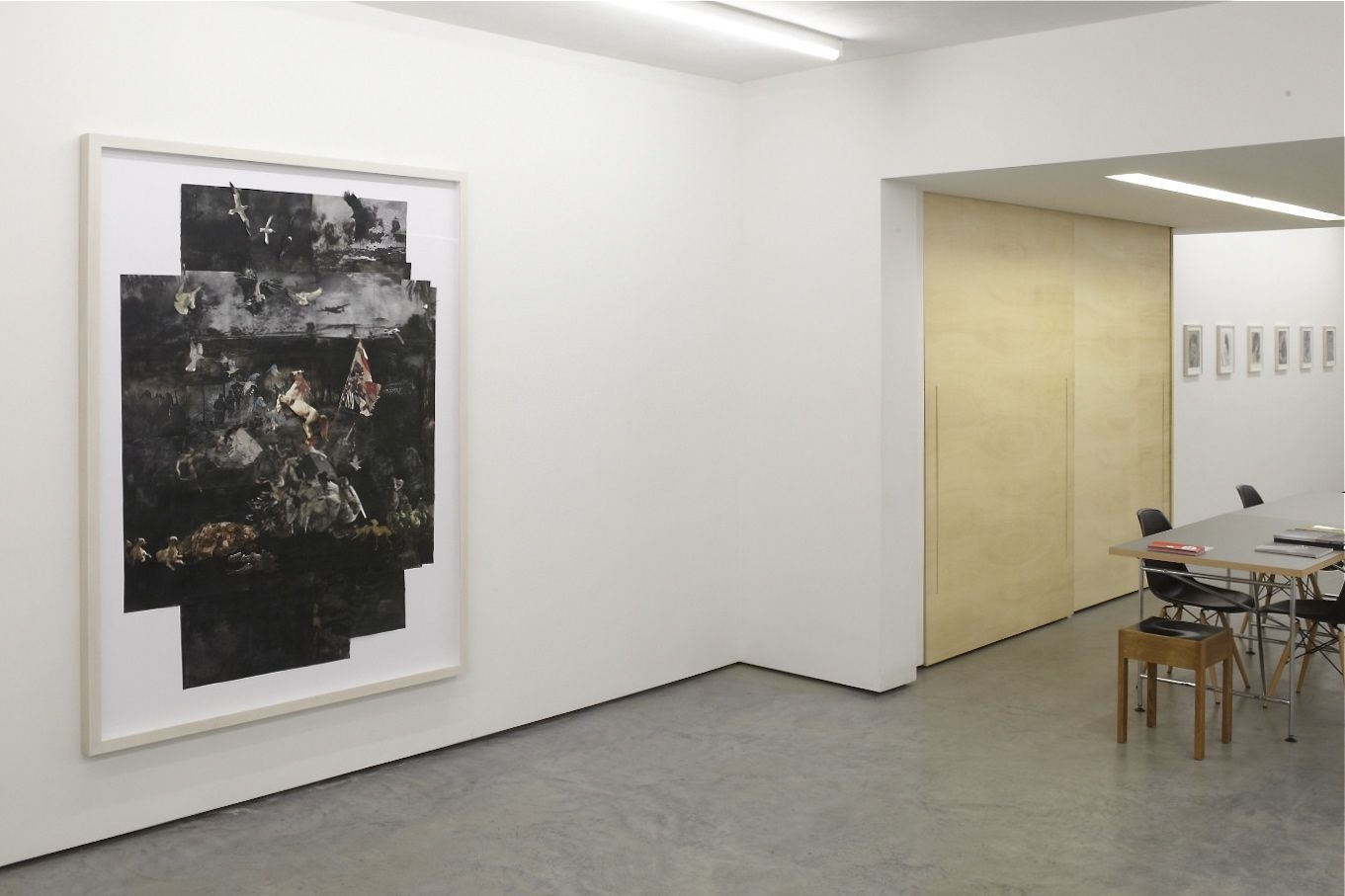 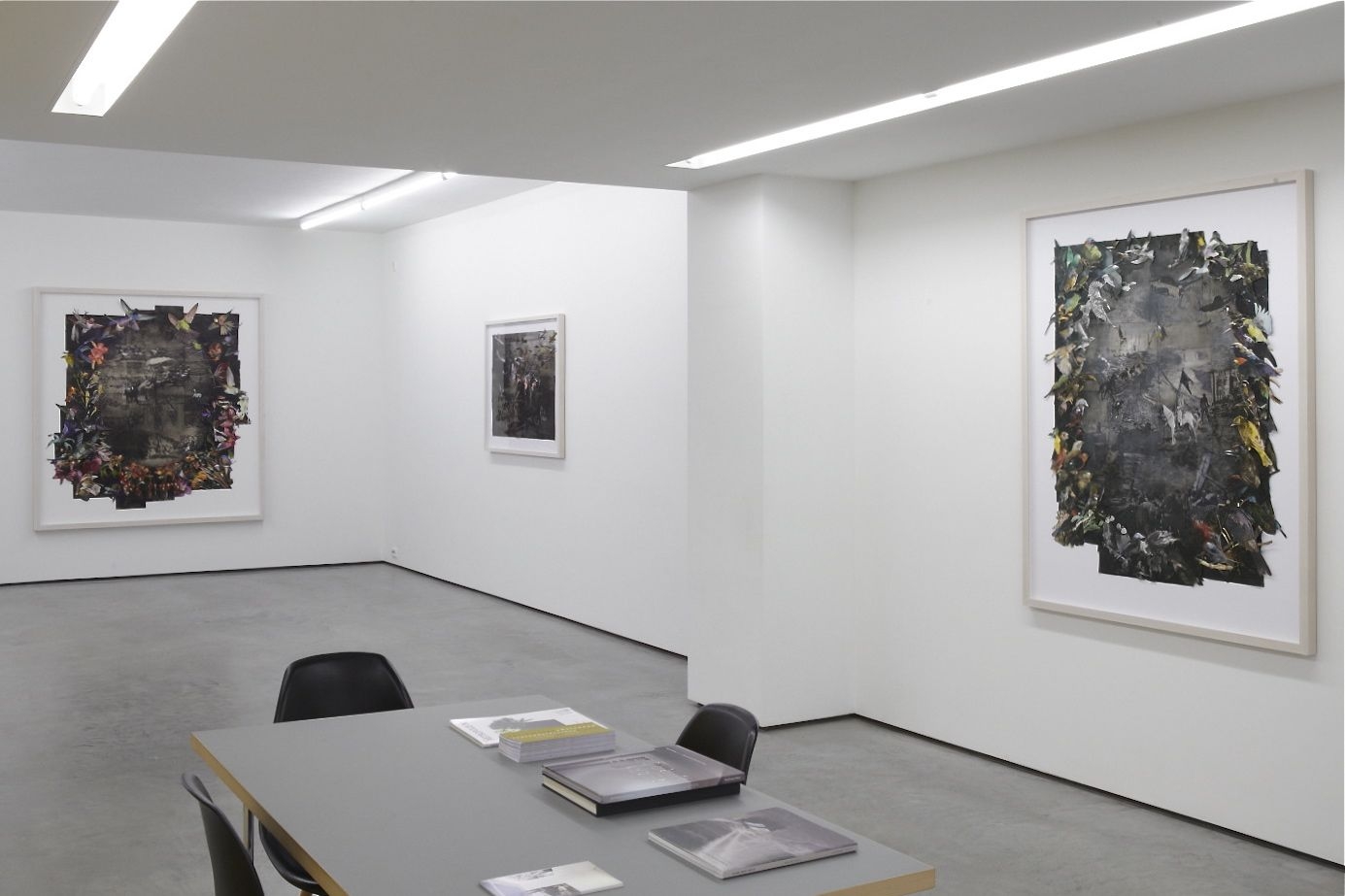 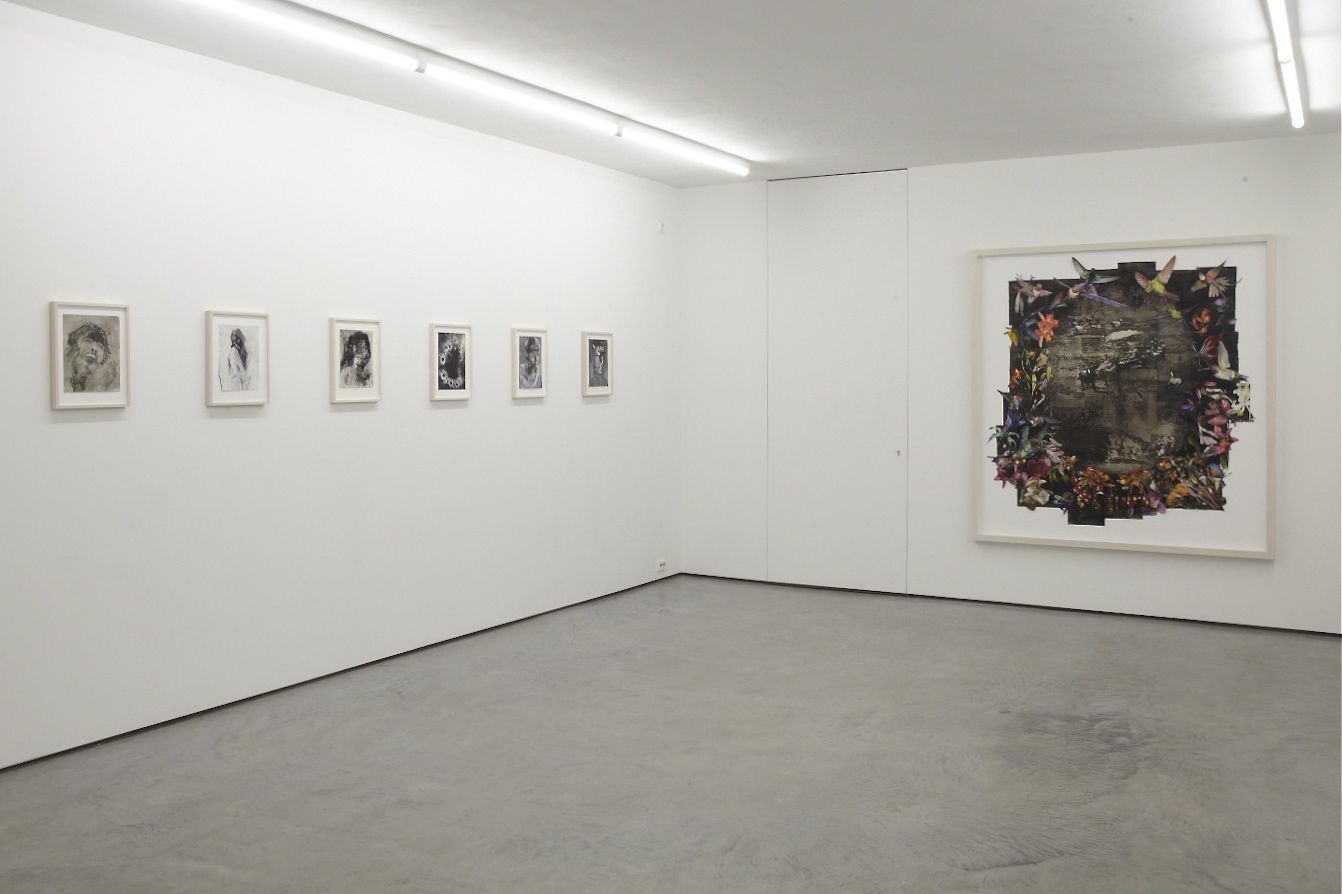 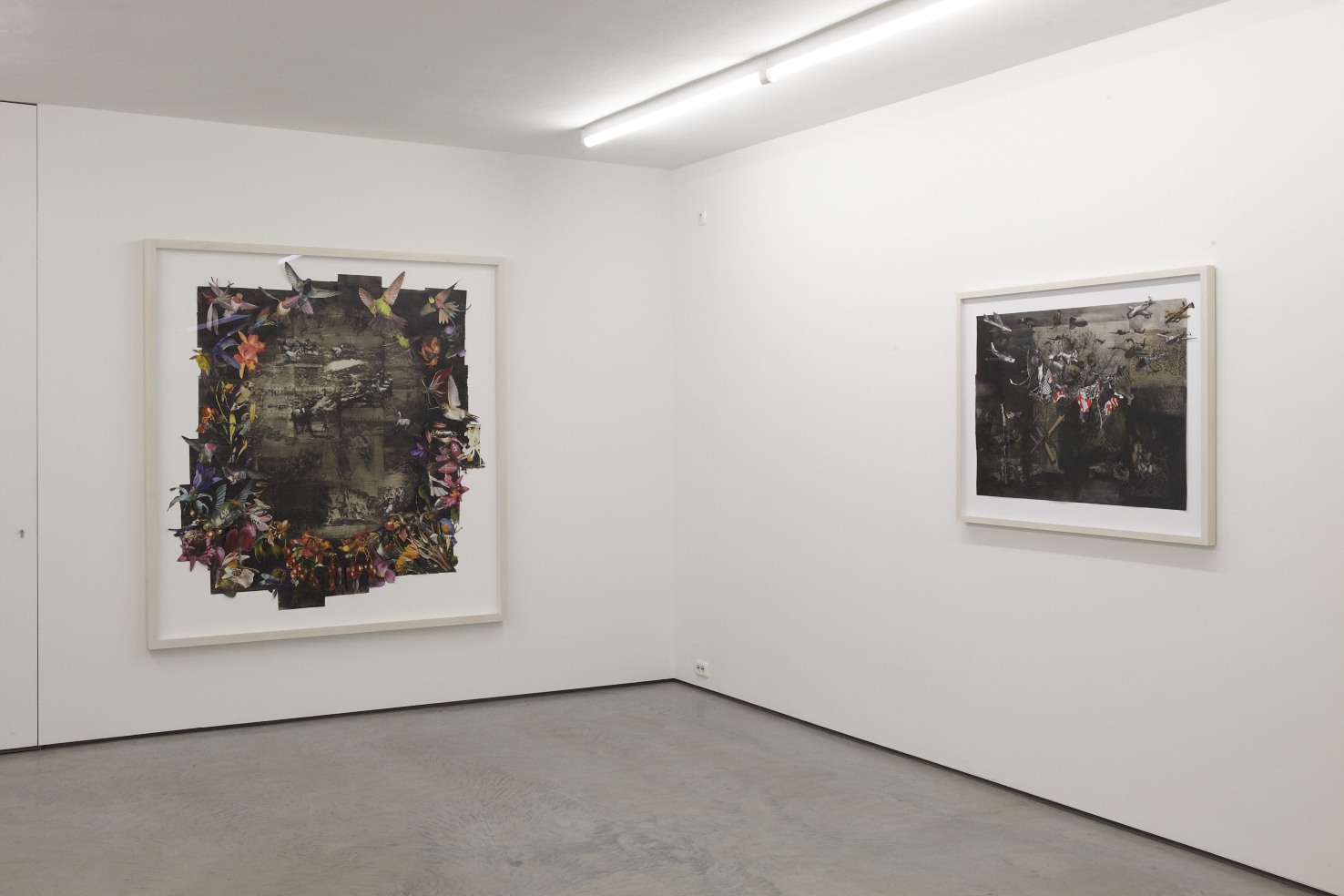 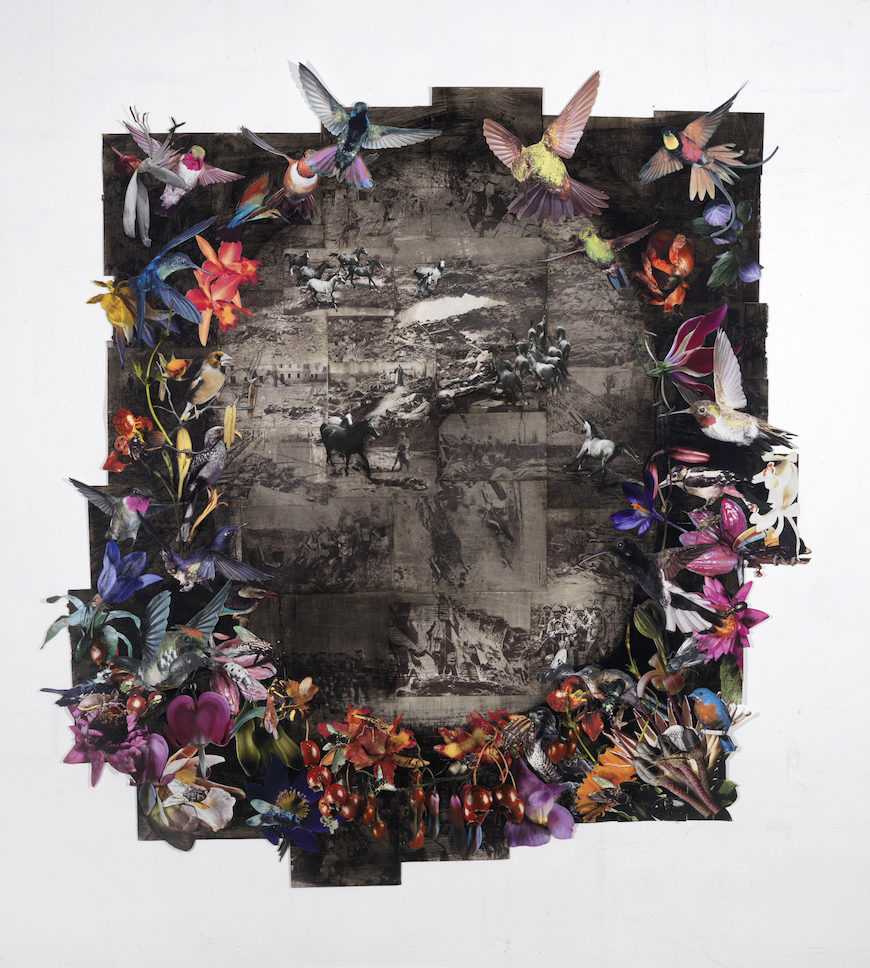 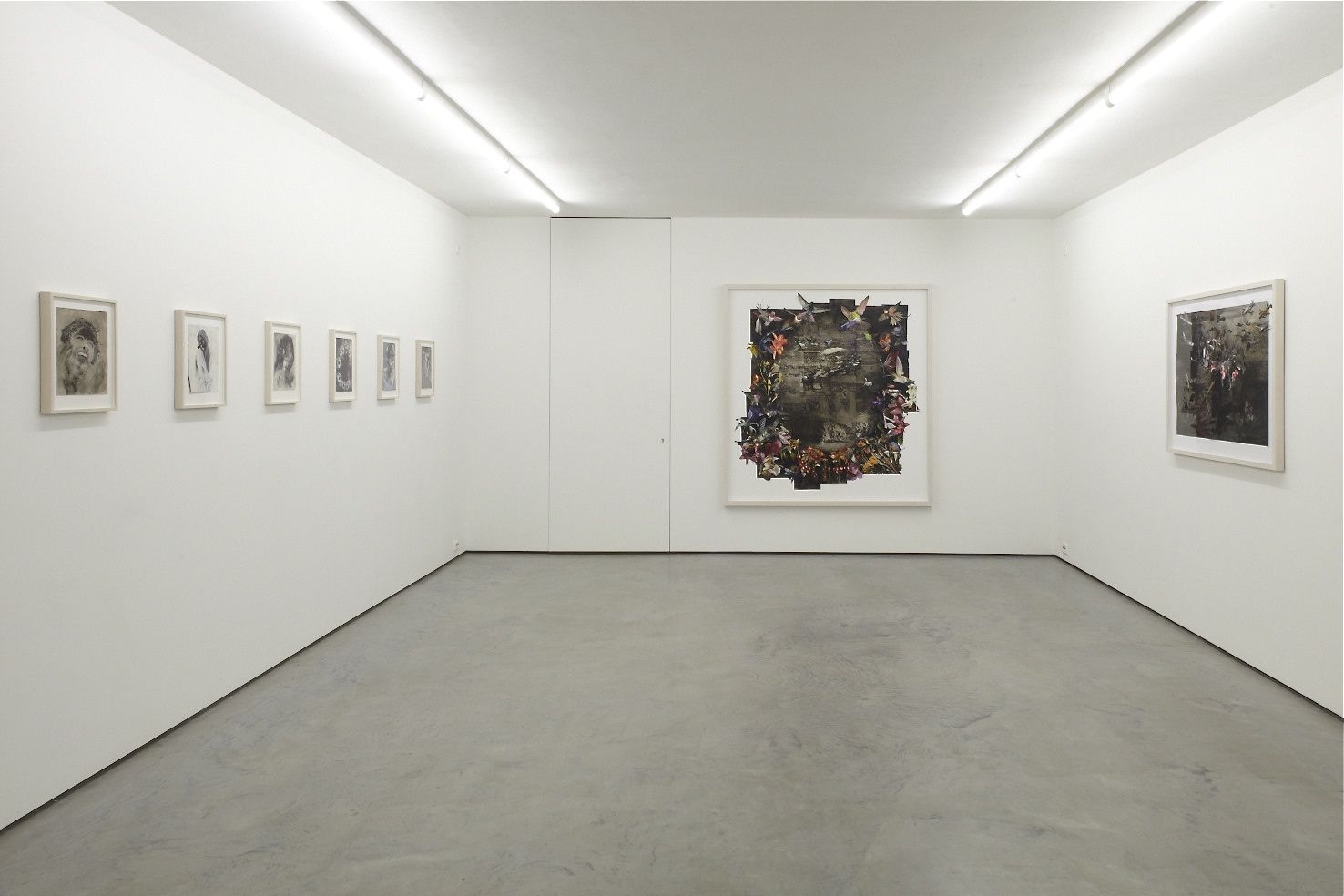 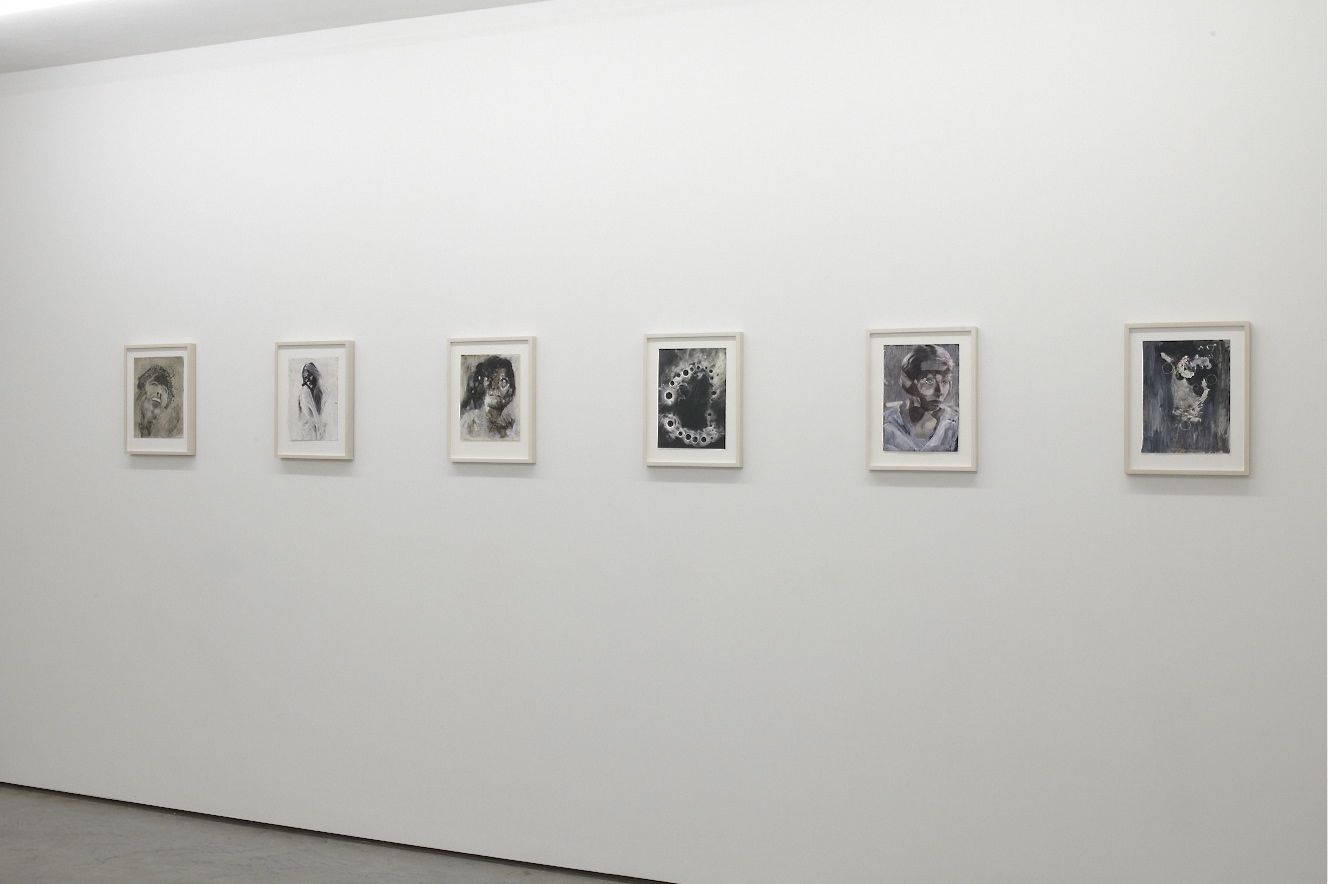 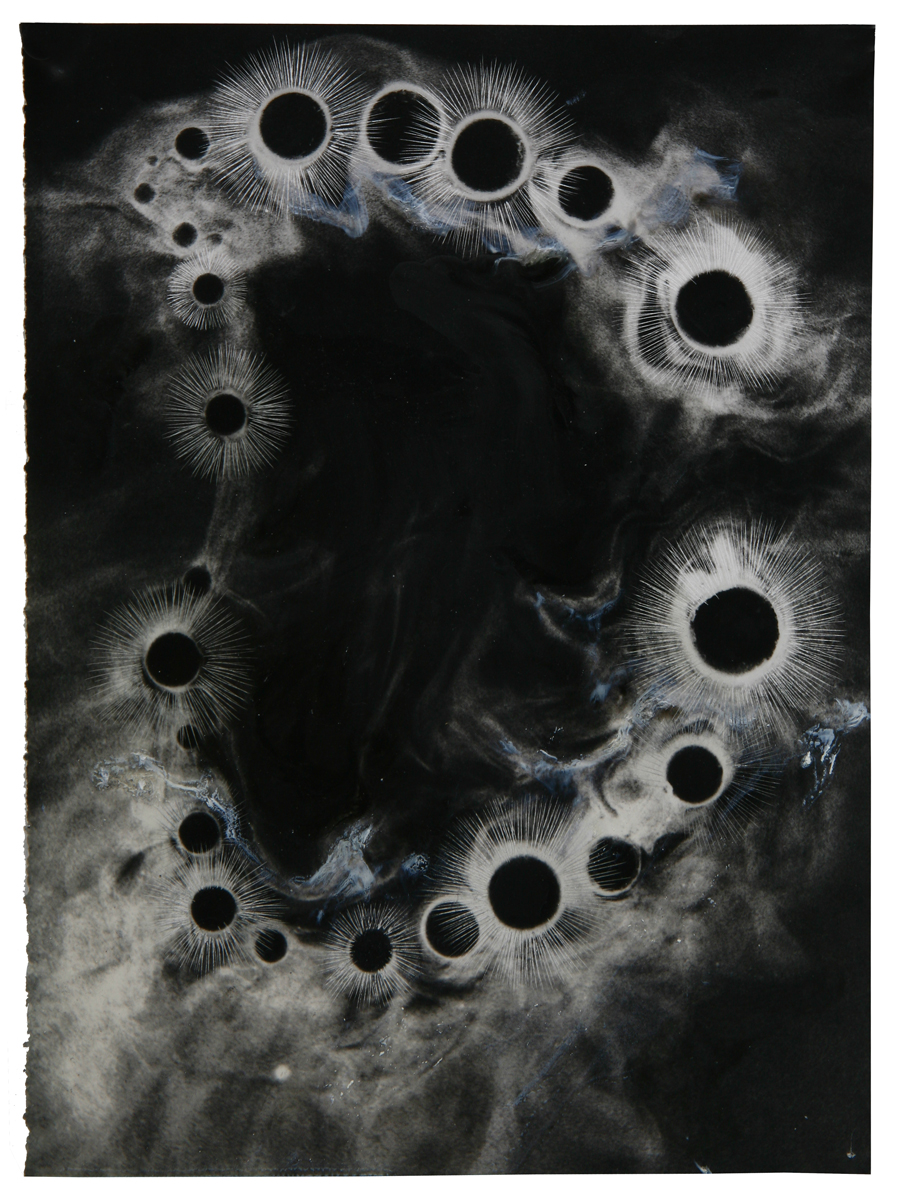 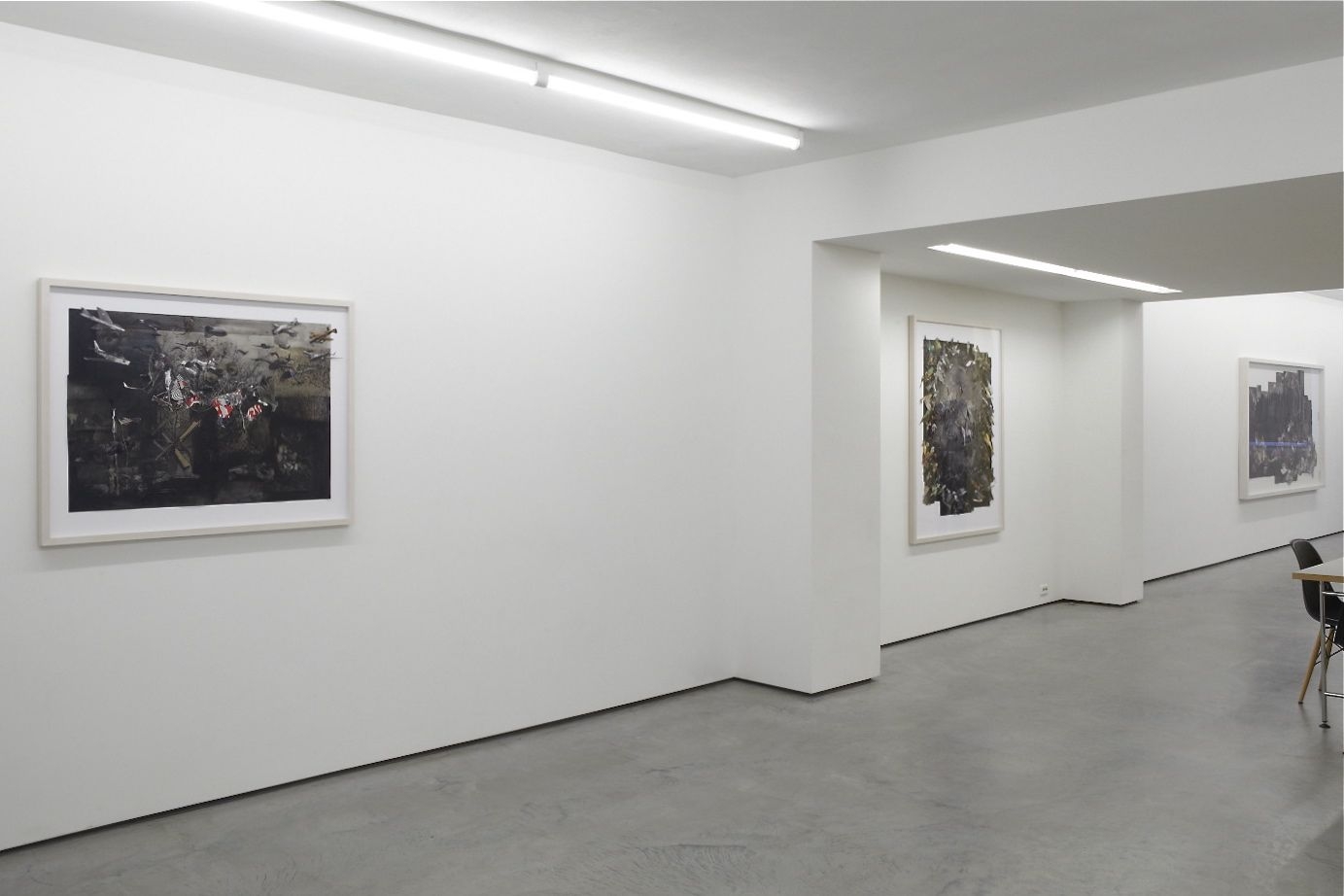 There was a time when painters were also poets, and poets scientists, and scientists philosophers. All of them, guided by great yearning that was intrinsic to a personal aim, allowed themselves to be swept along in a fervent play of suppositions.

Speculation is also a guiding principle in the work of Dieuwke Spaans (1973). In her collages fact and fiction become caught in each other’s intricate webs. Confusion, deception, temptation and entanglement carry on a passionate dialogue which results in complex images. Images where speculation is done on interrelationships, on time, on history, on beauty, on rituals, metaphors and symbols; and where no fixed stance can be discerned. Surveying these ‘front lines’, where things clash, Dieuwke Spaans sees that everything remains constantly in motion.

For her collages Spaans makes use of an extensive archive of existing visual material from books, newspapers and magazines. War constitutes the (topical) theme of most of the work now being shown at tegenboschvanvreden. Spaans is fascinated with ideologies and with images of battle throughout the centuries. Her collages comprise depictions that she fits together like a puzzle, arriving at an irregularly formed whole. By subsequently painting over that underlying basis, she gives rise to a whimsical landscape in which dozens of horizons make up one single horizon and where various perspectives jointly create depth, where different types of plants yield exotic growth and a motley collection of animals and people find refuge. On top of that substructure of the assembled landscape, Spaans adds a new level as though building a relief, a collage of pictures appropriated by the act of clipping. These can be anything from flowers to horses, dogs or birds; and in contrast to the monochrome layer beneath, the clippings are often shiny and colorful. Every element has its own meaning and evokes its own associations. Spaans borrows from art history as freely as she does from the world of ornamentation and aesthetics. And she does so in a pointed, intelligent and lighthearted manner. Though her collages may sometimes have an apocalyptic character, they do put things in perspective as lively, enigmatic, and above all, credible evocations.

Usually the process of observation takes a fairly unconscious route. The eye absorbs things, focuses, and then an image takes shape. Those who contemplate the work of Dieuwke Spaans will realize that looking doesn’t necessarily mean ‘seeing’. In order truly to ‘see’, we need to do more than simply look. In Spaans’s collages there is so much going on that the eye must make an effort to get through to the image; it has to move along that ‘front line’. Following our investigating eyes, our minds and hearts are drawn into the tangle of Spaans’s persuasive speculations.