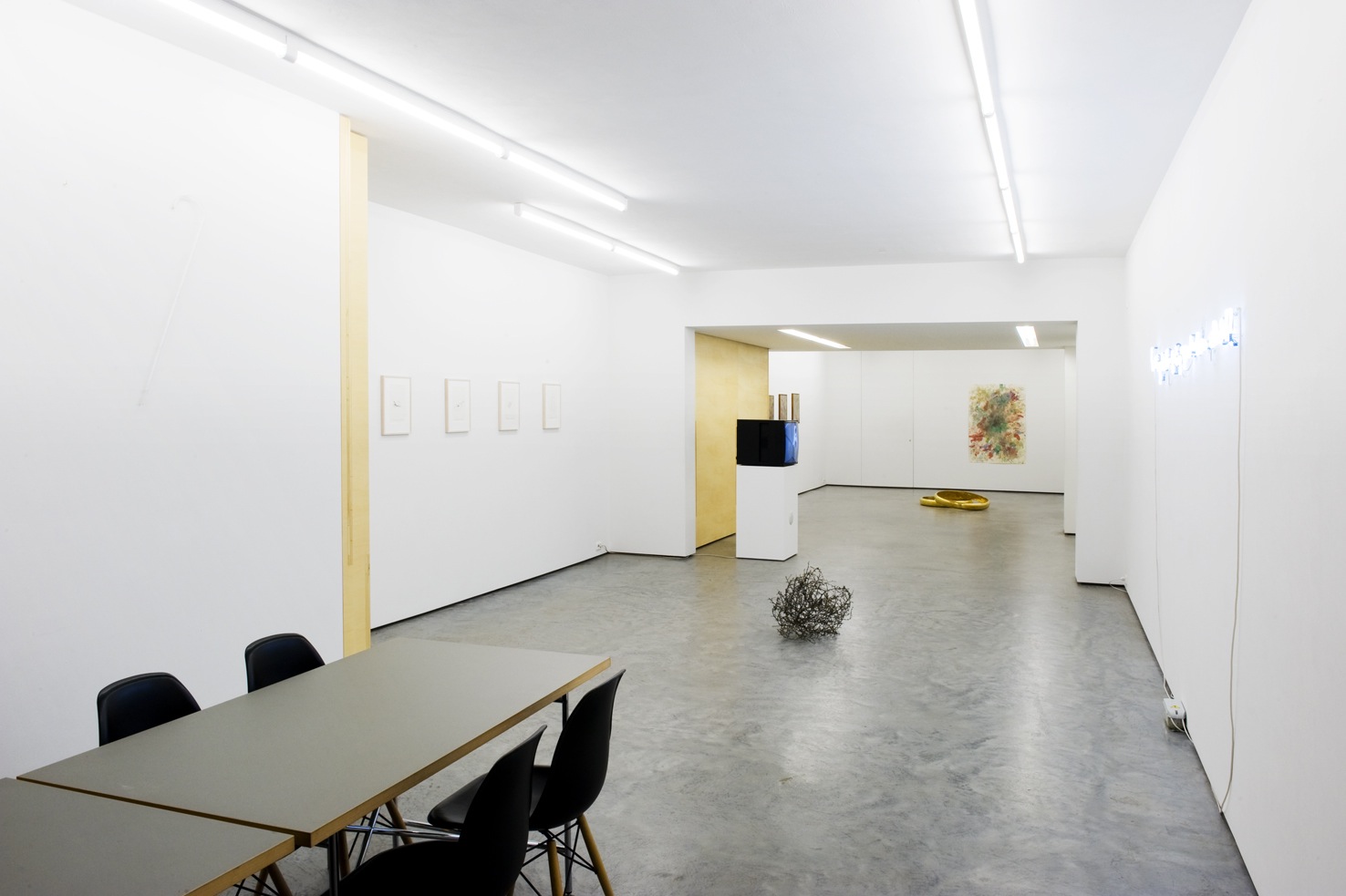 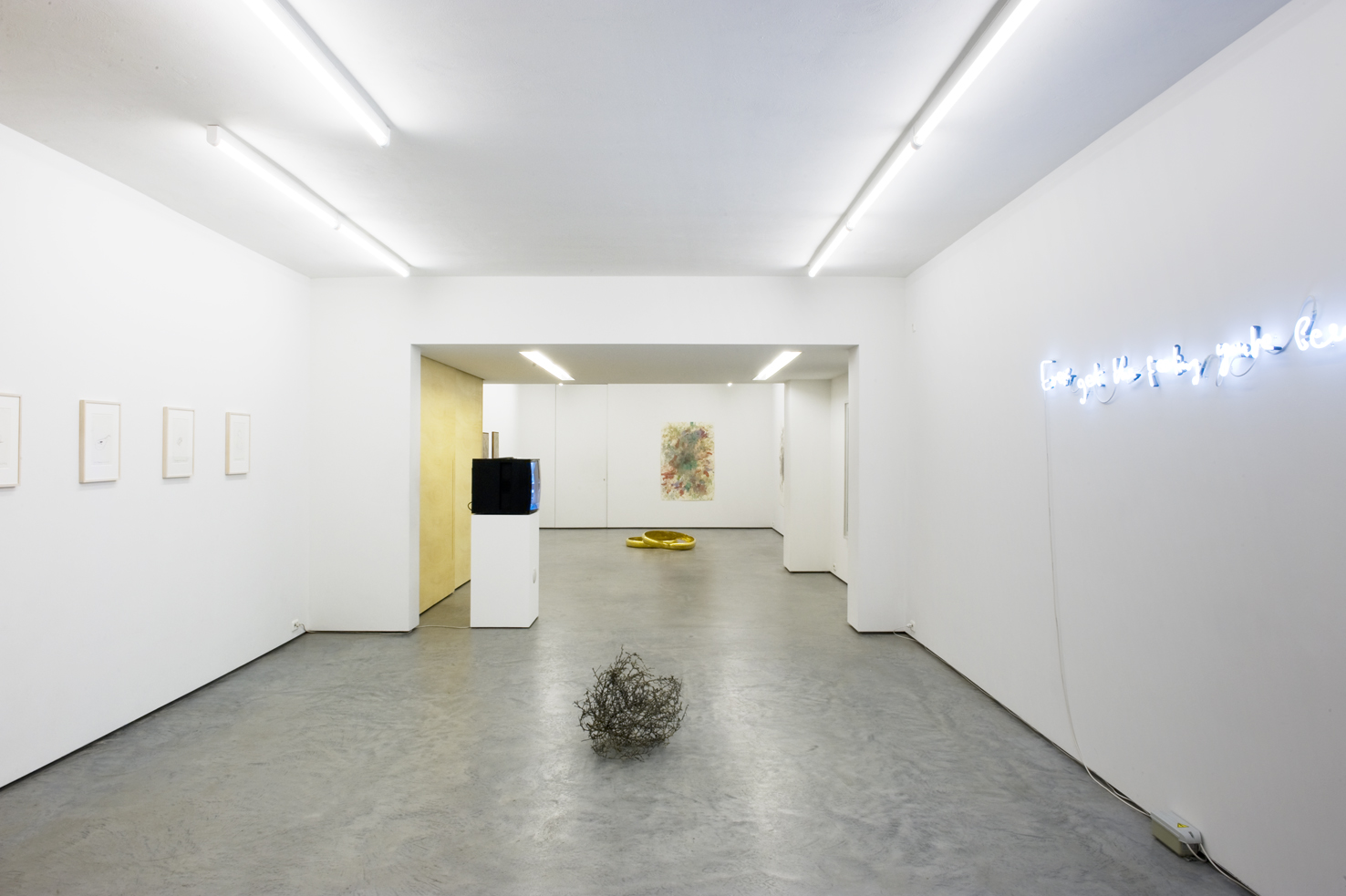 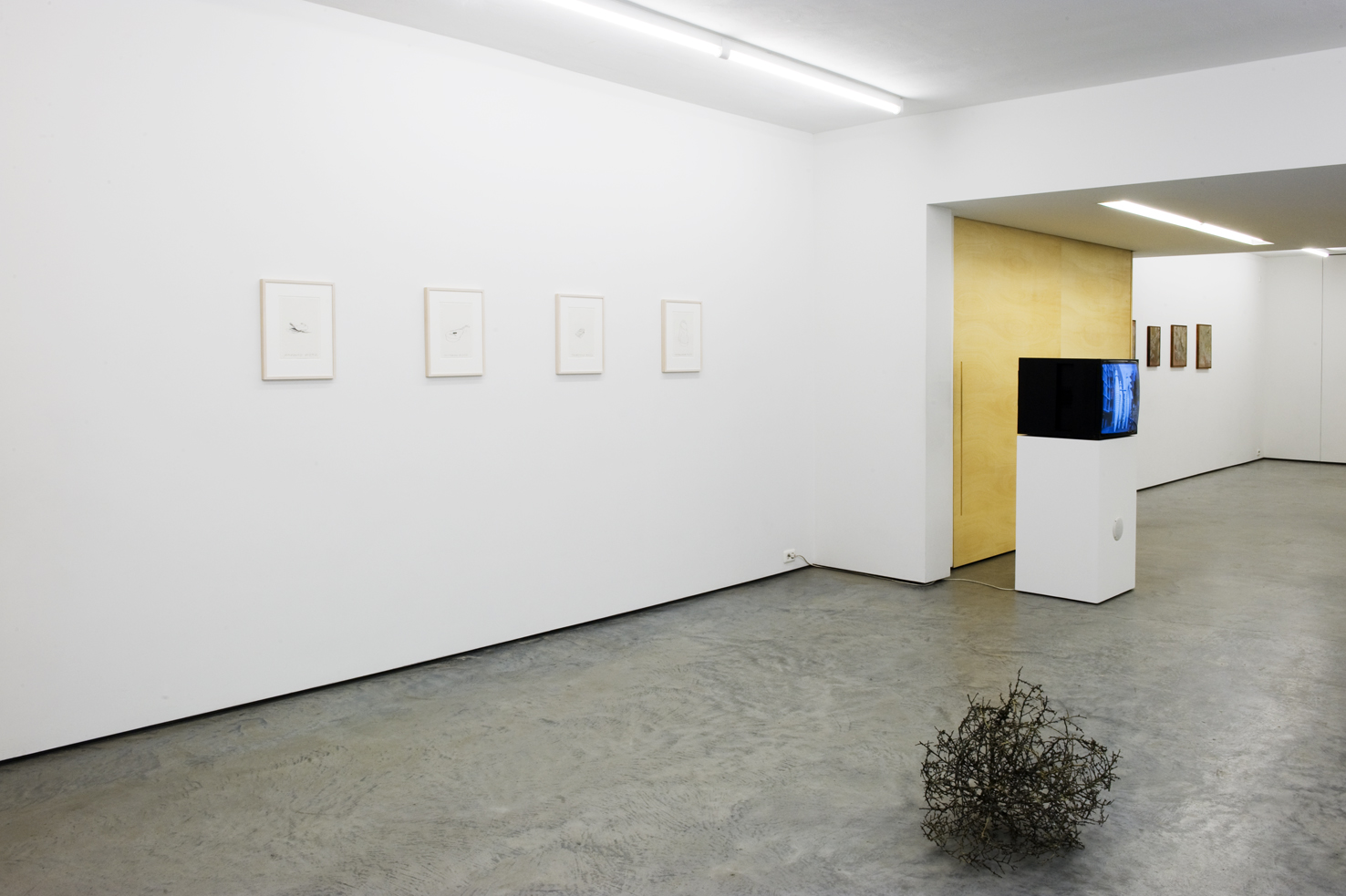 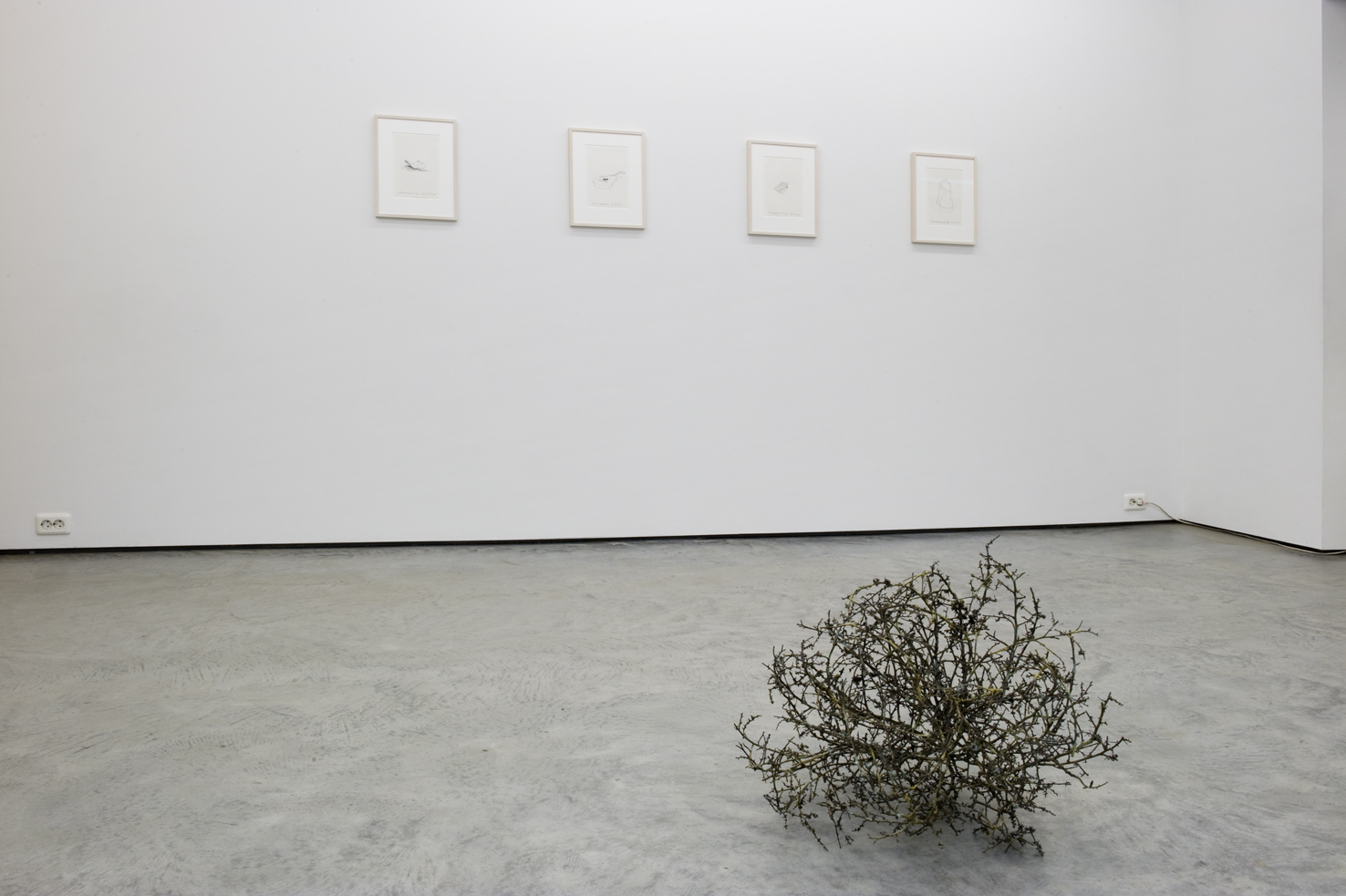 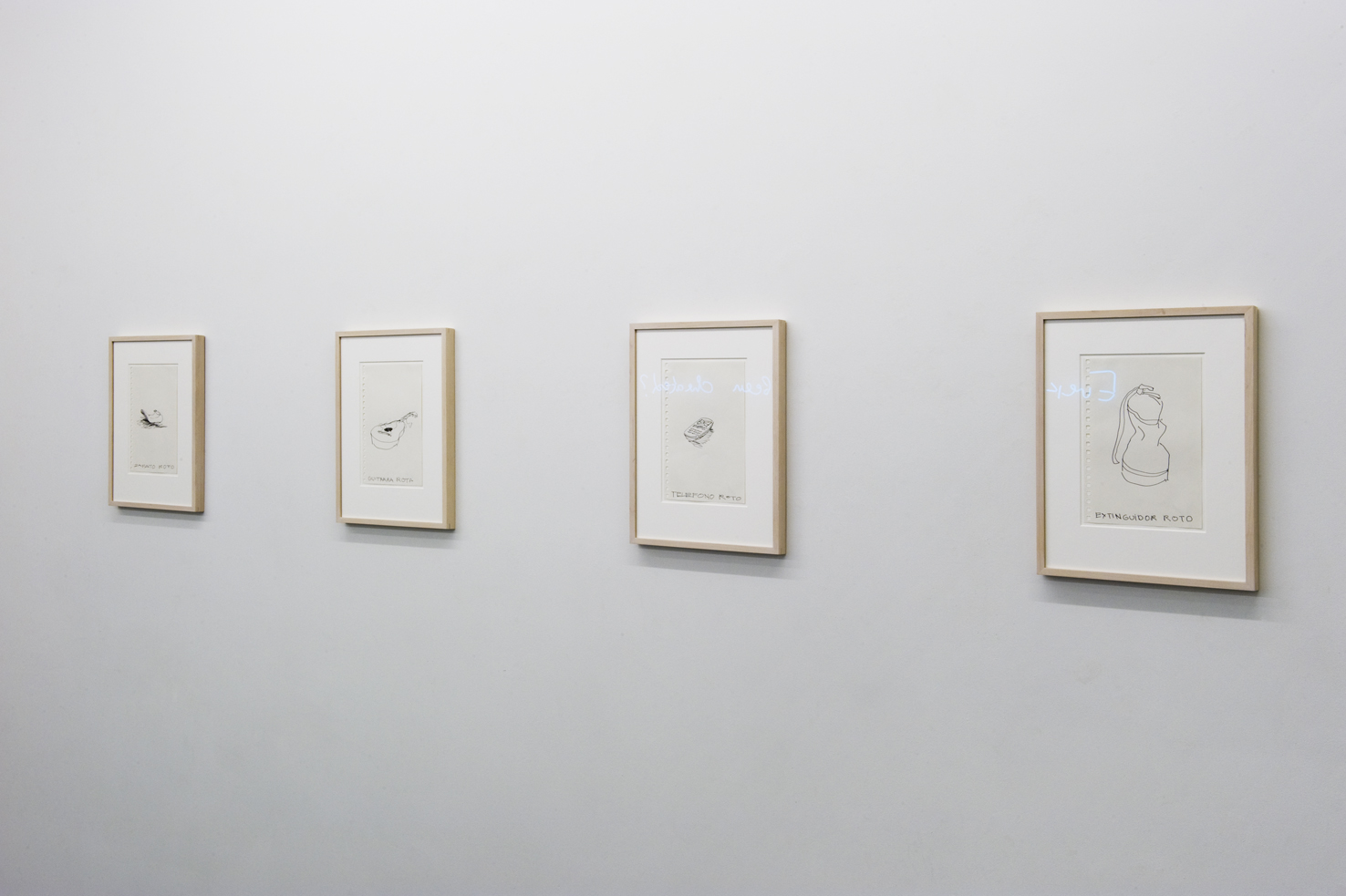 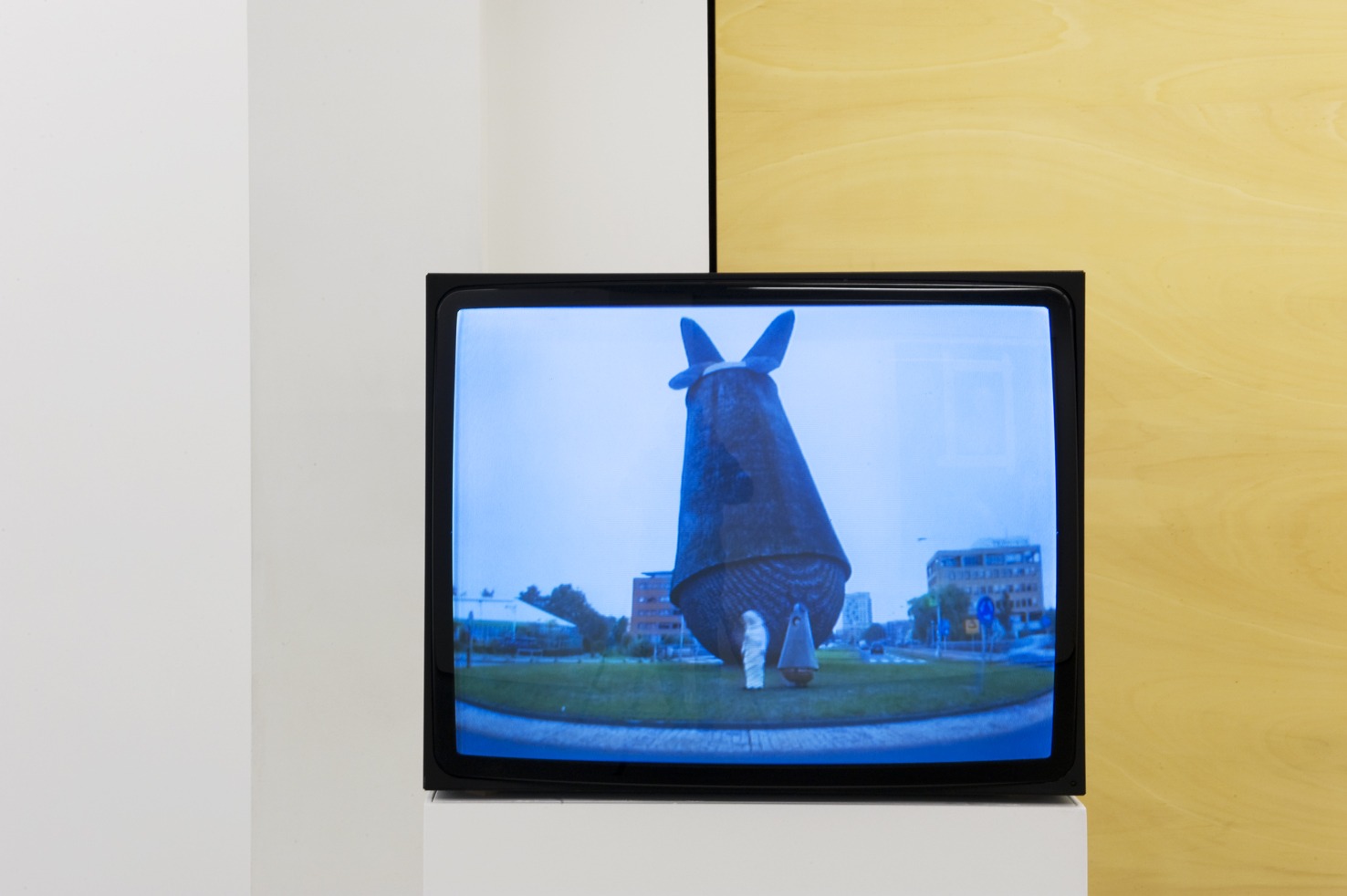 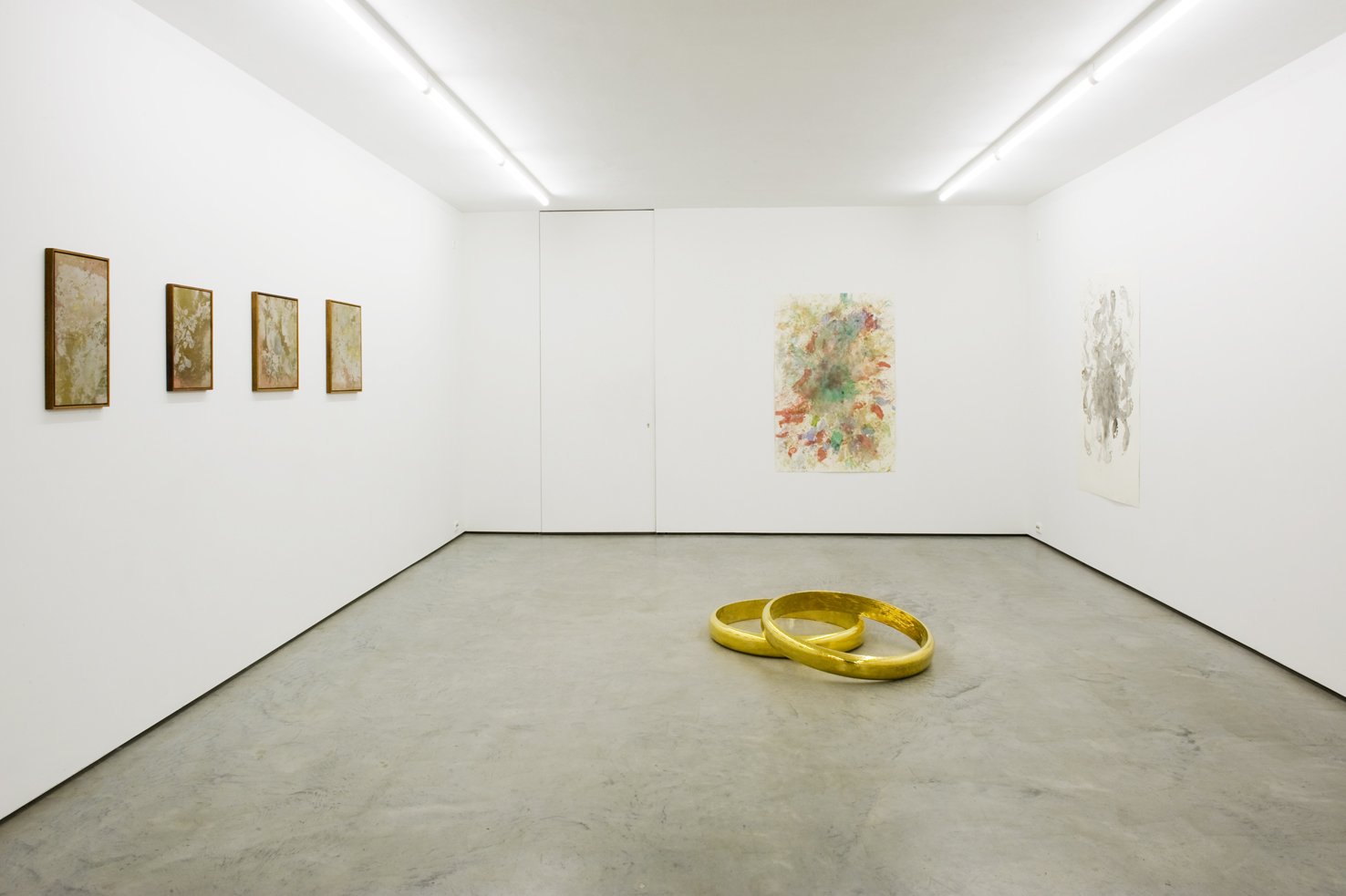 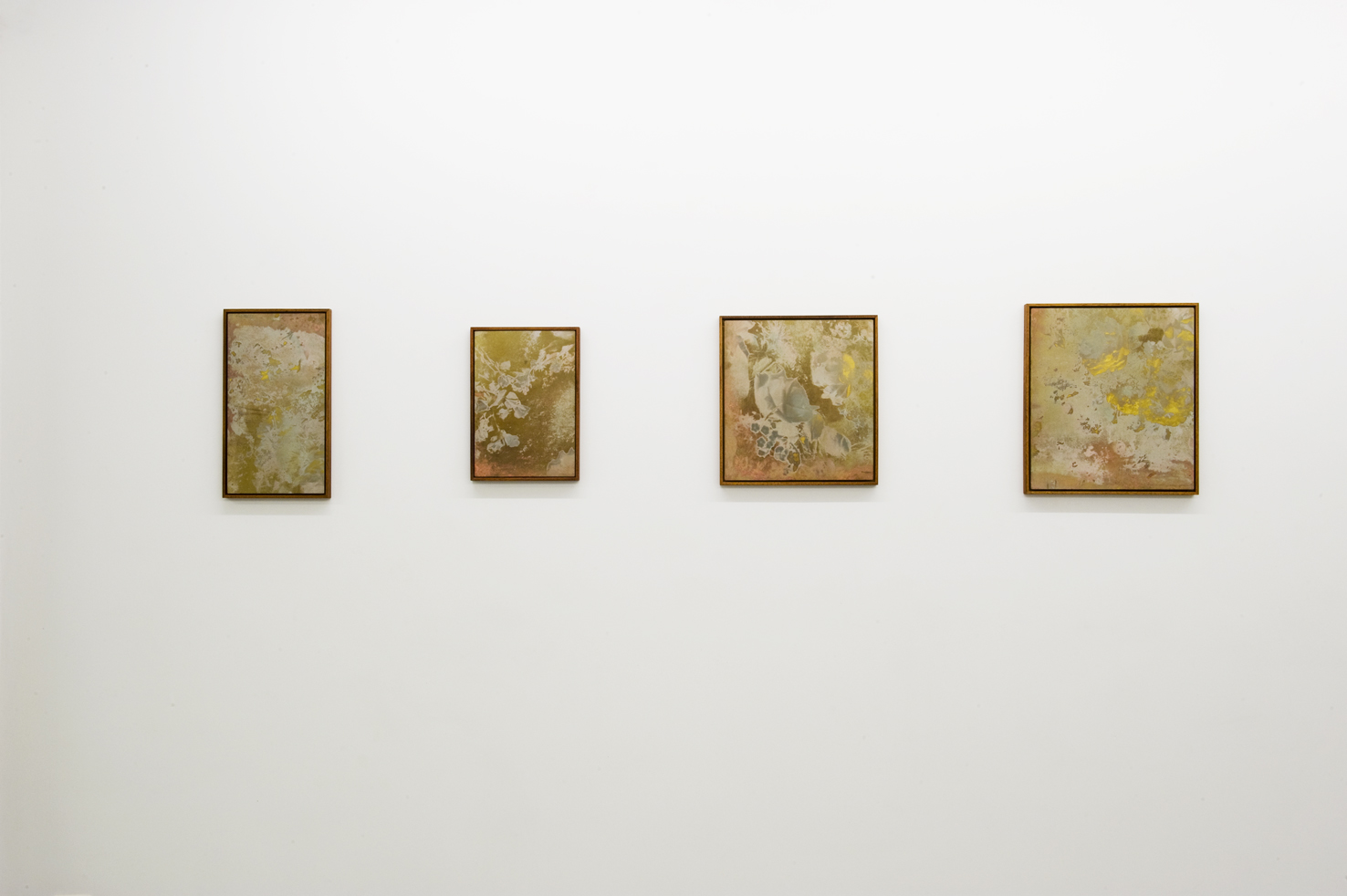 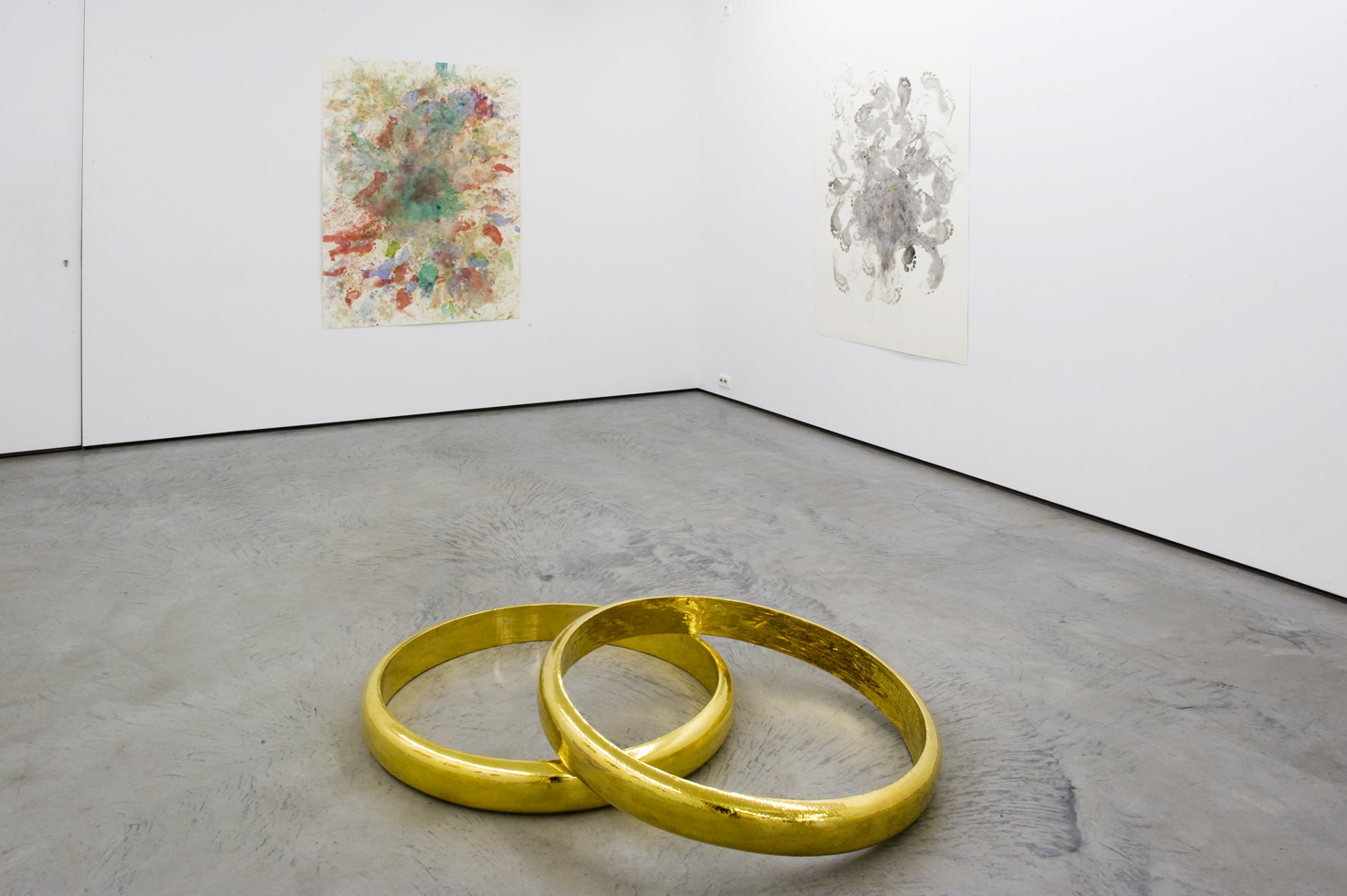 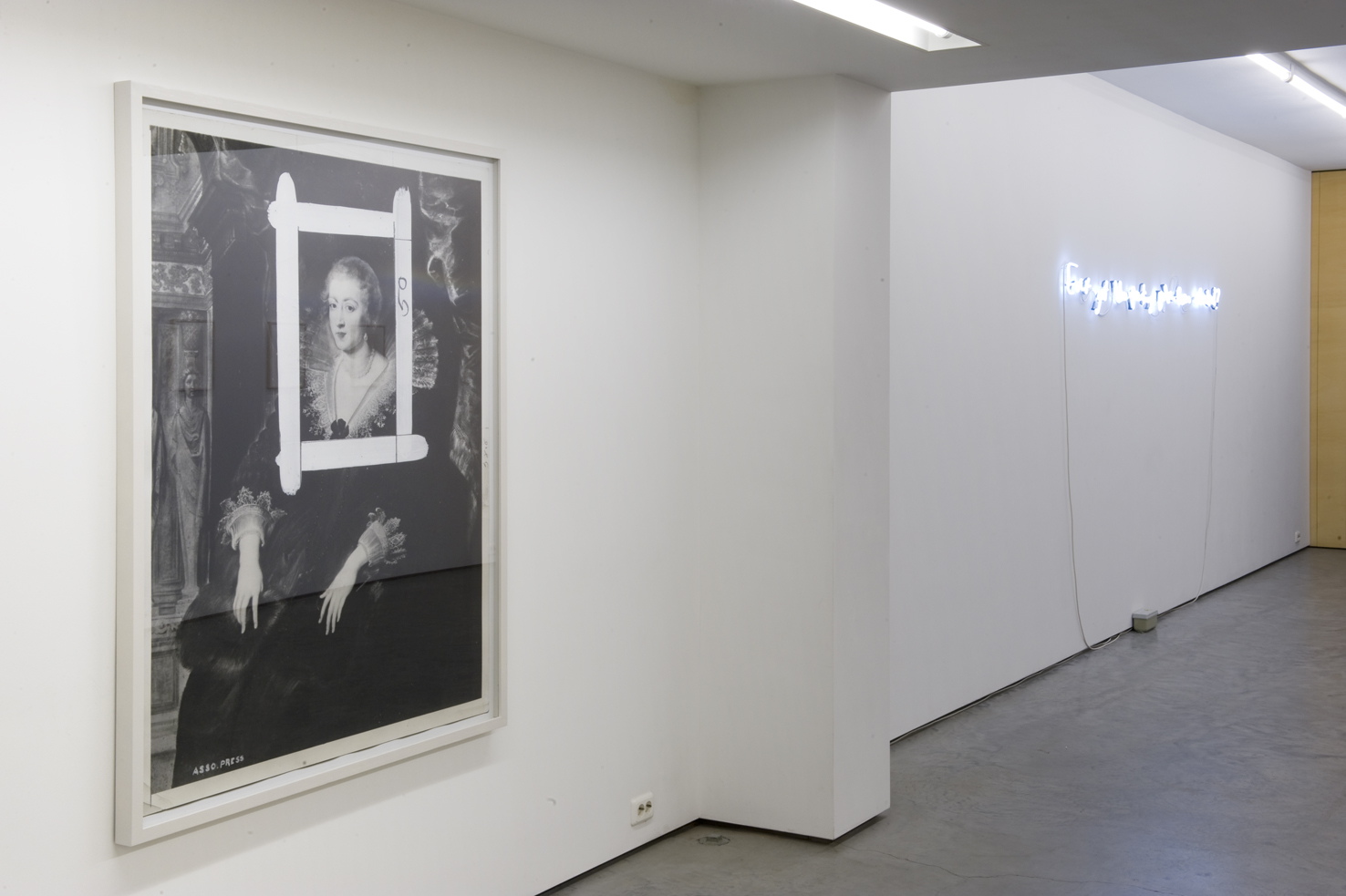 Easily Broken, which is to say: fragile, delicate, brittle, tenuous, sensitive, frail, thin, vulnerable, meagre, flimsy, tender, slight, soft, perishable, precarious, weak. Easily Broken is an exhibition concerning synonyms of the word ‘fragile’, a presentation in which diverse and even antithetical stances are adopted. Easily Broken revolves around a play of deceptions, involves both confirmation and denial, lets beauty go hand in hand with decay and deploys humor to a visual end. Including work by Daniëlle van Ark, Aníbal López, Chaim van Luit, Ana Navas and Fernando Sánchez Castillo, Easily Broken offers an unusual perspective on the notion of vulnerability.

Daniëlle van Ark (Schiedam, 1974) —who has just concluded her residency at the Rijksakademie with a spectacular presentation — has the remarkable talent of arriving at an image very rapidly. Whether it be photography, installations, ceramic work or the infinitely patient creation of a carpet in sand: her capricious conceptual thought seems, from the very start, to find a fitting image in an organic manner. She takes her inspiration from the visual languages of different (sub)cultures: these can range from music to the image archive of a news agency, or the world of religious rituals. A recurrent theme throughout her work is the lapsing of time: mortality as the inescapable shadow of status, fame and glamour. The transitory as the flip side of the infinite. When will it end?, 2013, consists of two huge rings, covered in gold luster, that immediately evoke the association with wedding rings. The title, ‘engraved’ in the uppermost ring, seems to be a cynical comment, yet the rings lie on top of each other in a figure eight, the symbol of infinity.

Aníbal López (1964, Guatemala City, Guatemala), whose work made a strong impression at the last Documenta in Kassel, is also known under the pseudonym of A-153167, which is the number of his ID card. Since 1997 he has used it to ‘sign’ a number of his actions, thus questioning the method used to transform a person’s identity into coded information. The work of López focuses on the fragility of human existence and thereby deals with the position of the artist in a country such as Guatemala. In Central America López is regarded as a pioneer in the field of performance art. With the revolutionary bravura of a Latin American guerrillero, he turned Guatemala City, for instance, into a platform for politically slanted interventions by covering the road surface with charcoal just before a military parade was about to march across it. And he dumped a truckload of books onto the city’s busiest intersection, as a result of which the traffic came to a complete halt and people started reading in the street or walked away cheerfully with armfuls of books. Included in the exhibition is the drawing Camino de la via IV, 2012. The acts and interventions carried out by López—in this case footsteps on paper — reveal, once they come to a standstill in the image, their own visual strength. Here footsteps have become both fierce and delicate.

The work of Chaim van Luit (Heerlen, 1985) has a performative character. In his exhibition Third Rail, at the Bonnefanten Museum through 26 January, he shows that in his hands everyday experiences and observations can develop into monumental images. His intuitive way of thinking and working, combined with a surprising use of materials and elements, links his work directly to the tradition that goes from Duchamp to Dadaism to conceptual art and, at the same time, gives it the urgency of the topical. There is a fragile balance between total freedom and the risks that this freedom involves. Van Luit likes to play with that delicate balance. This becomes manifest in the work Cane, 2013, which consists of a glass tube that has been sawn apart and then put back together again in the shape of a walking stick. The cane hangs high on the wall, almost as pointer that gives direction to the exhibition. An object that normally provides support is, as it were, denied its meaning in this form.

Ana Navas (Quito, Ecuador, 1984) employs various media such as video, performance, photography, sculpture and installations. In 2014 she will finish her residency at De Ateliers in Amsterdam. Her work deals with subjects such as the examination of cultural identities and structures in public space; but she also has a fascination with language and with the possibilities and impossibilities of communication, including the translation of language into images. In the exhibition Ana Navas presents a video work in which the city is scrutinized, both humorously and shrewdly, as an extension of the museum. A voiceover describes works of art that the artist has dreamed about. Artworks come to life as aliens in an urban environment. She allows well-known images from public space to encounter and ‘question’ each other. Just how heavy can the light-footed be?

Revolutionary, 2013, by Fernando Sánchez Castillo (Madrid, Spain, 1970) is comprised of a plant cast in bronze. Known as ‘tumbleweed’, this plant has become detached from its roots and consequently dried up. Tumbleweed is blown about by the wind. In Western films tumbleweed often appears as a symbol of the loneliness of American ‘cowboy country’. Sánchez Castillo discerns a revolutionary force in the plant’s capacity to rotate. His Revolutionary has a poetic beauty. The sculpture seems to portray art’s potential to bring about connections — due to its capacity to rotate. But Sánchez Castillo would not be Sánchez Castillo if he didn’t provide beauty’s alleged helplessness with his own twist: in alternating contexts he allows the sculpture to show its seductive or its dangerous aspect.