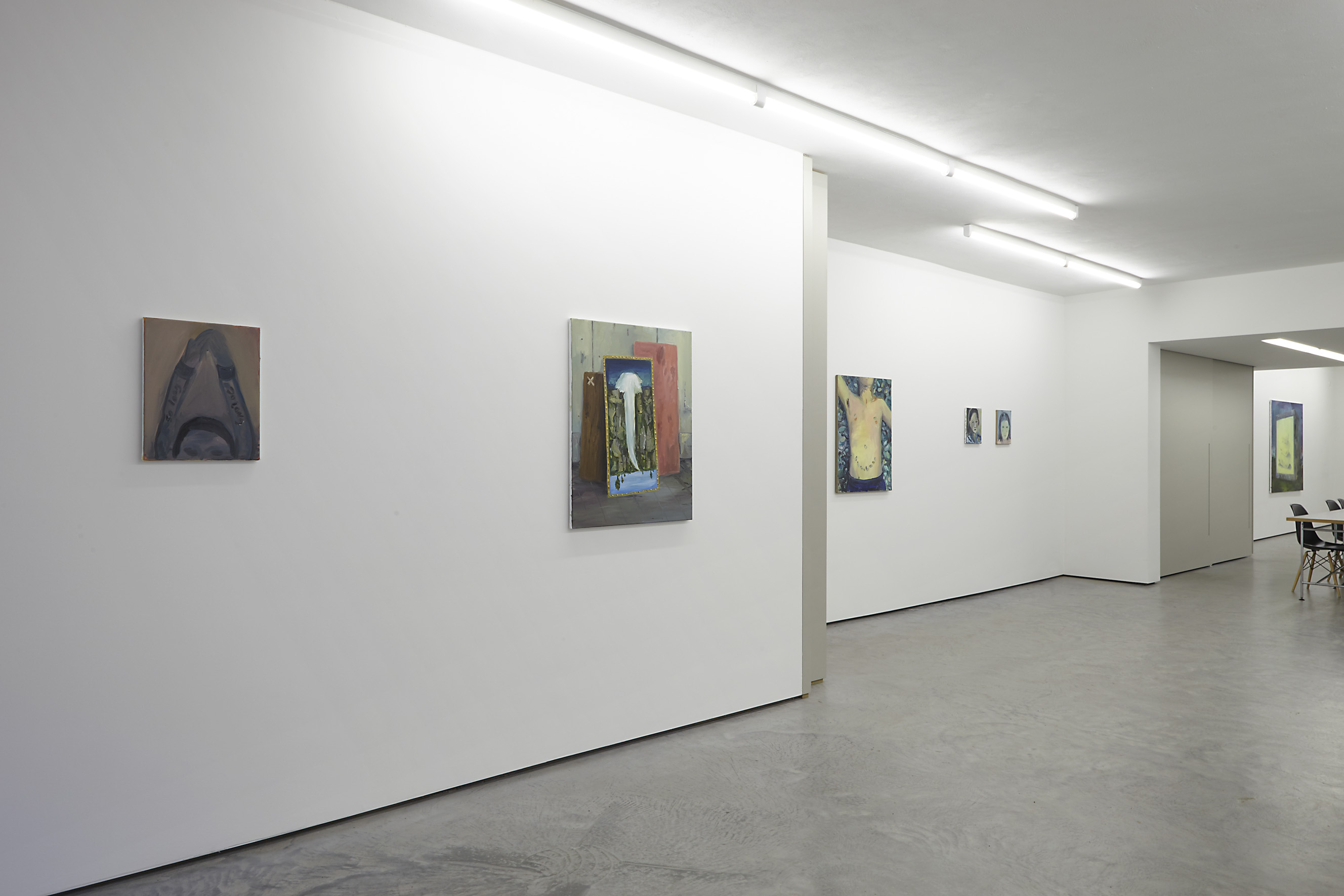 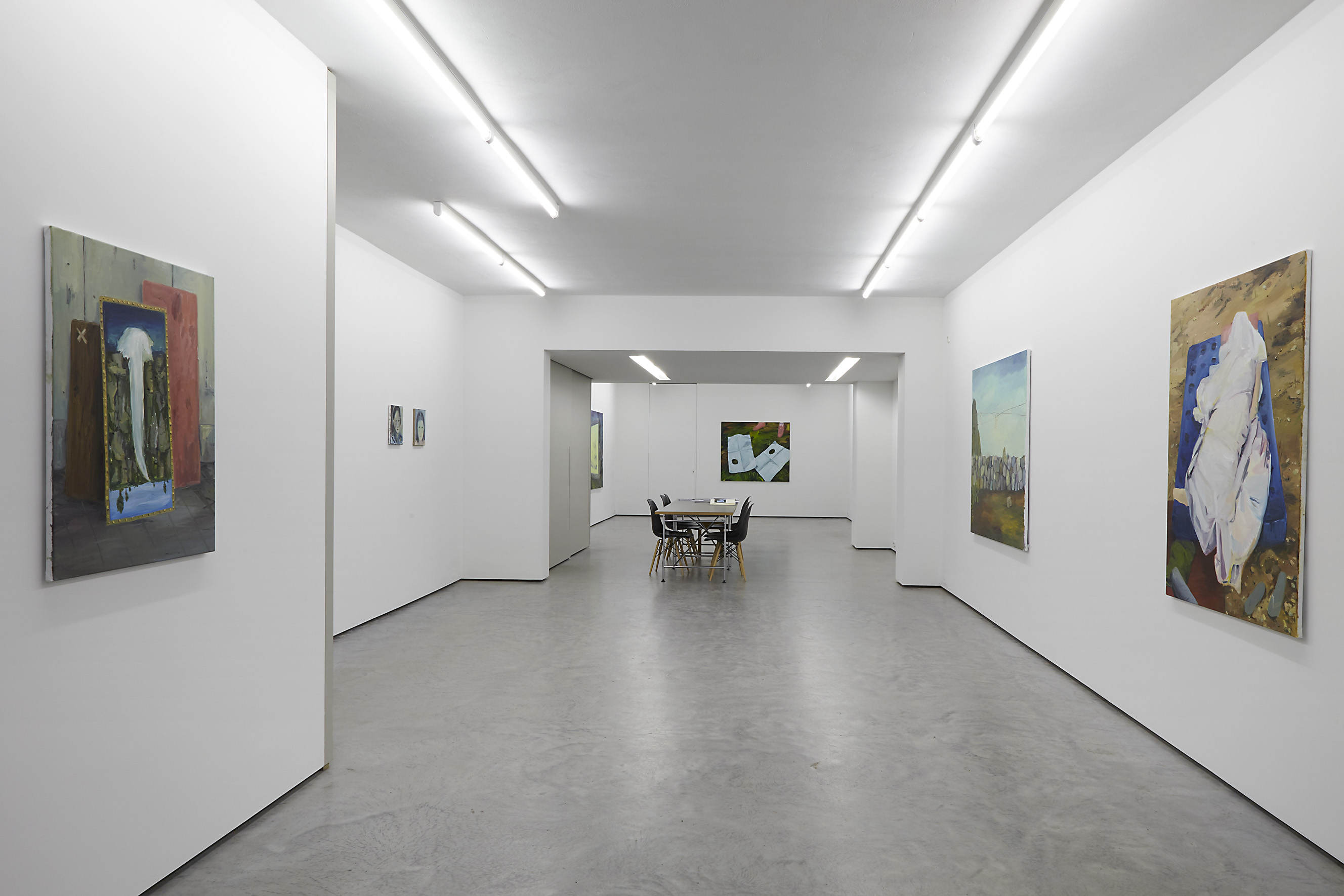 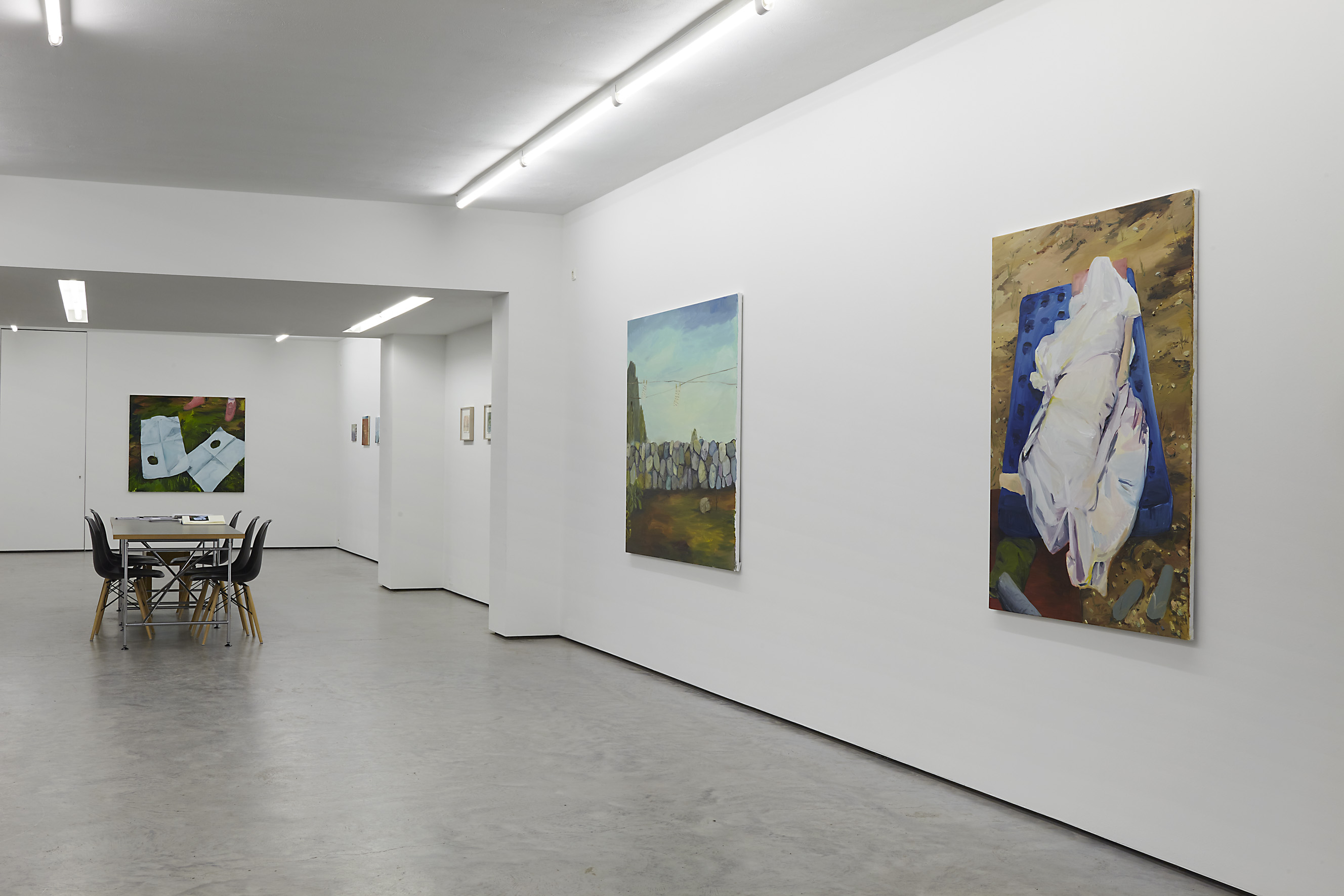 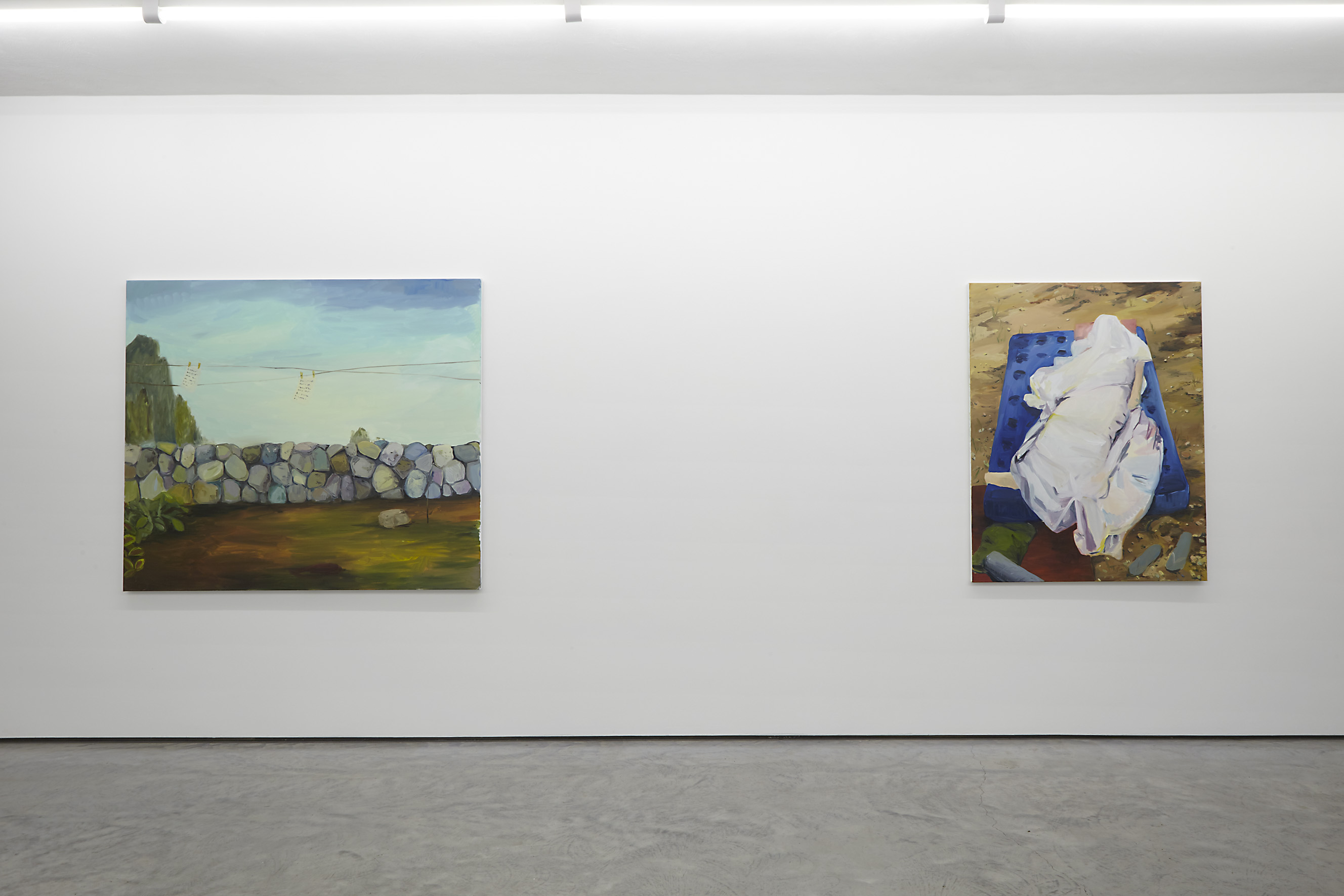 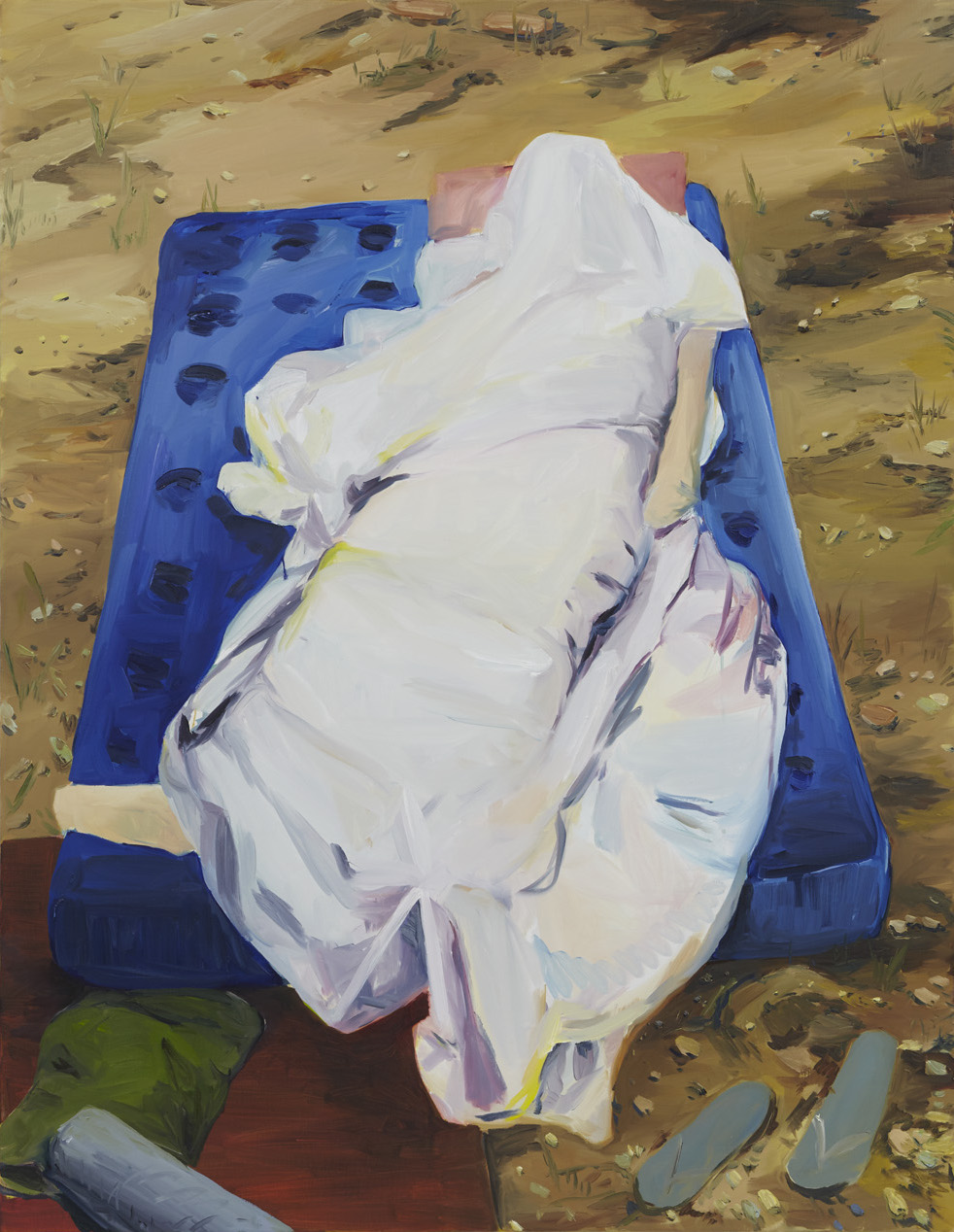 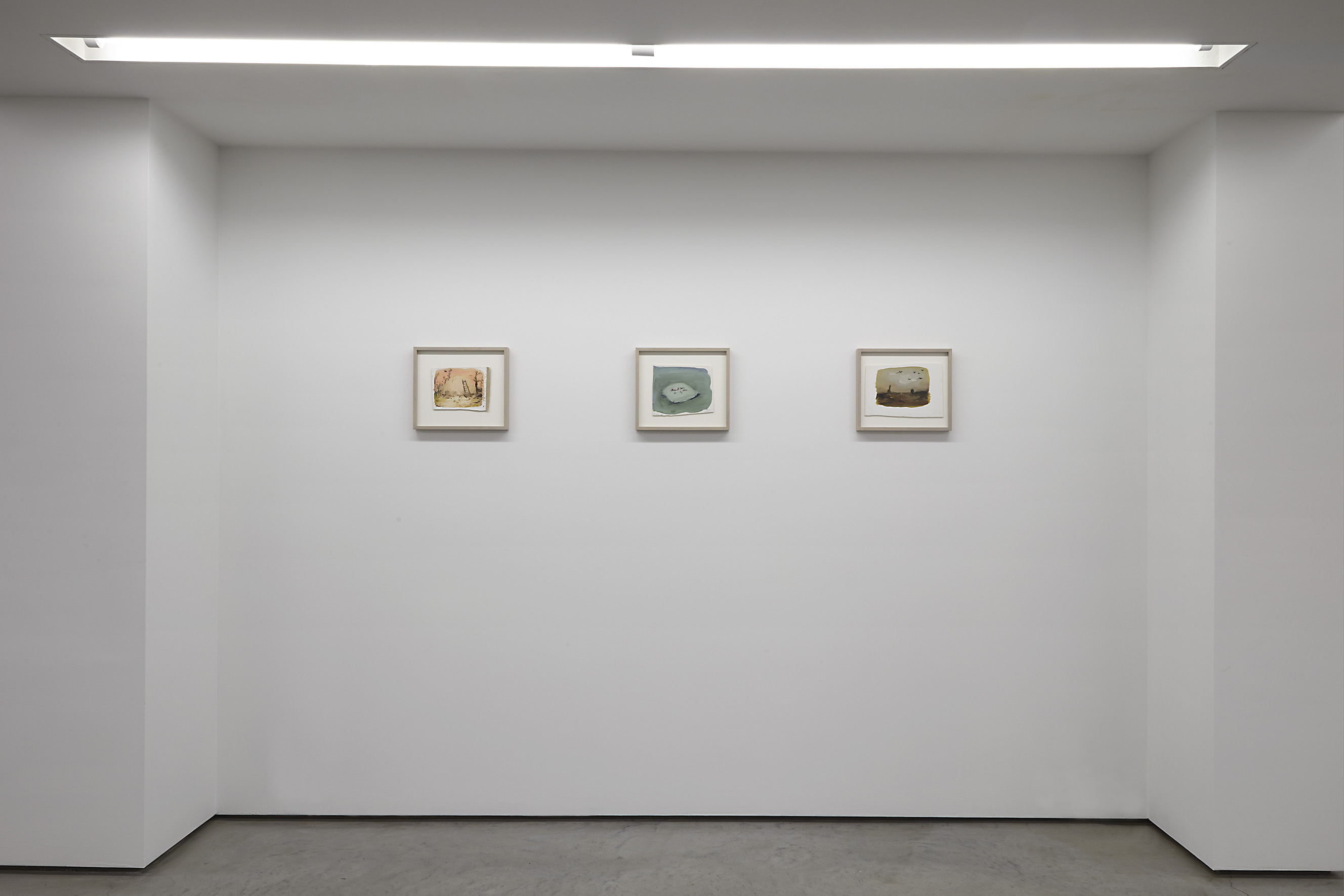 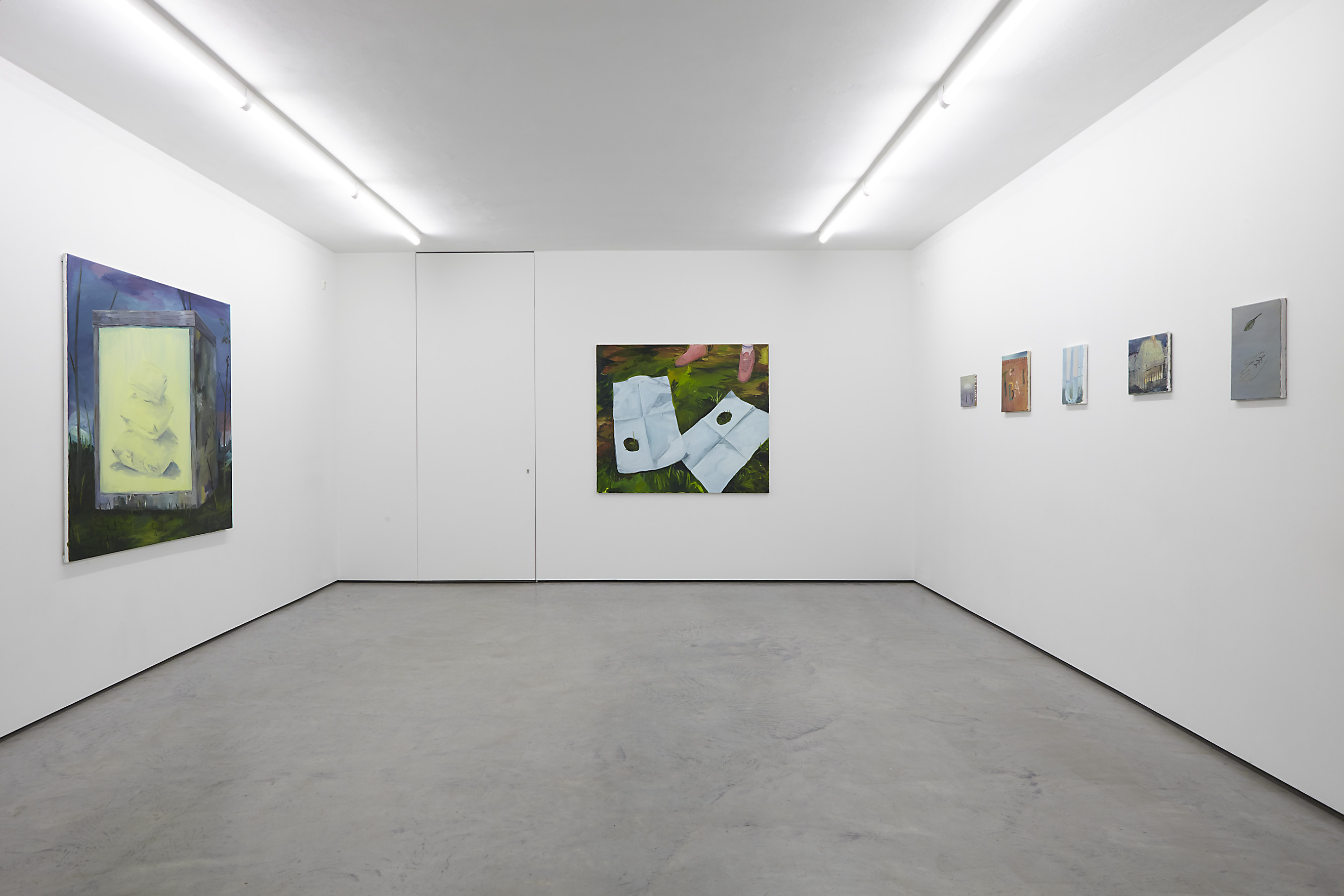 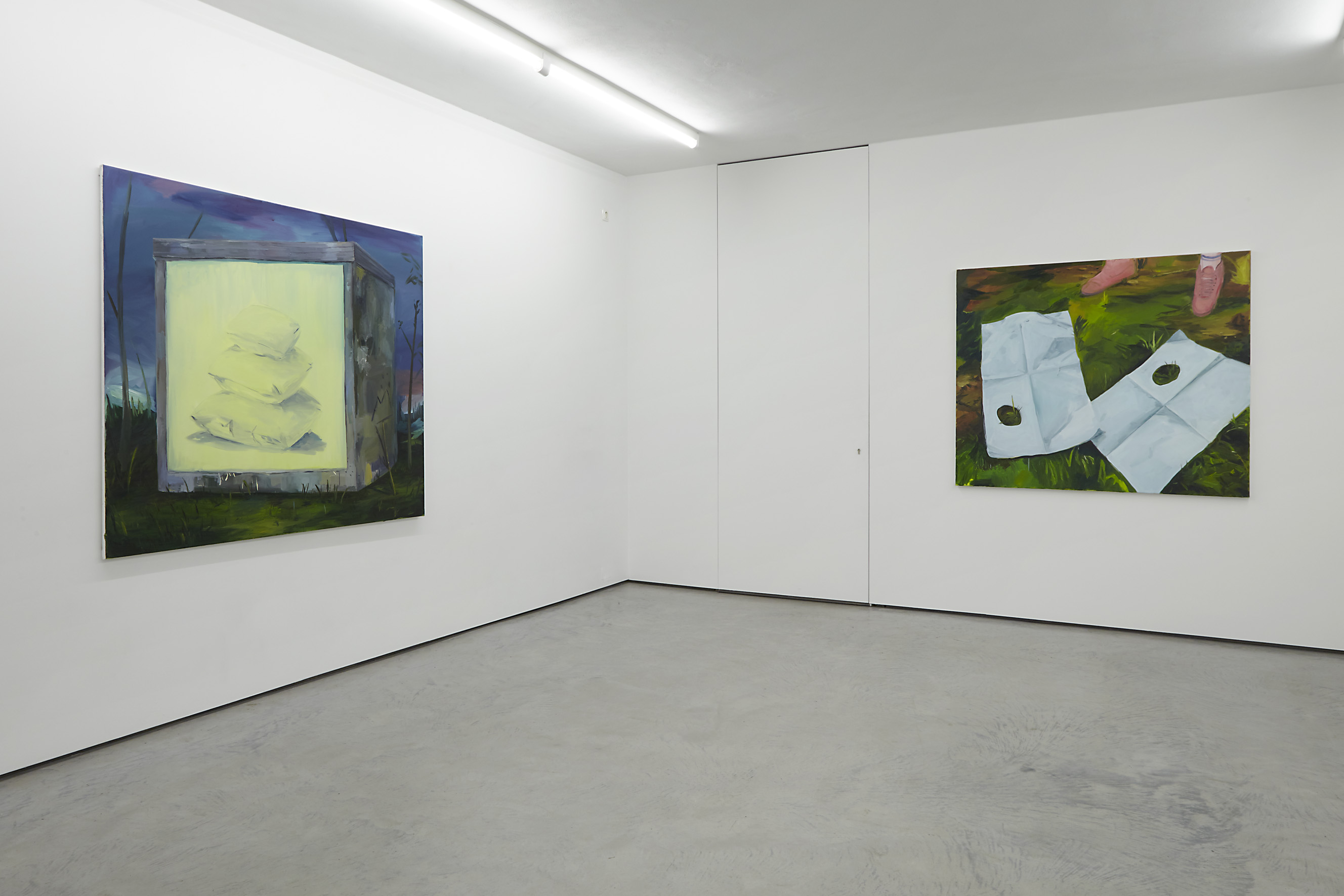 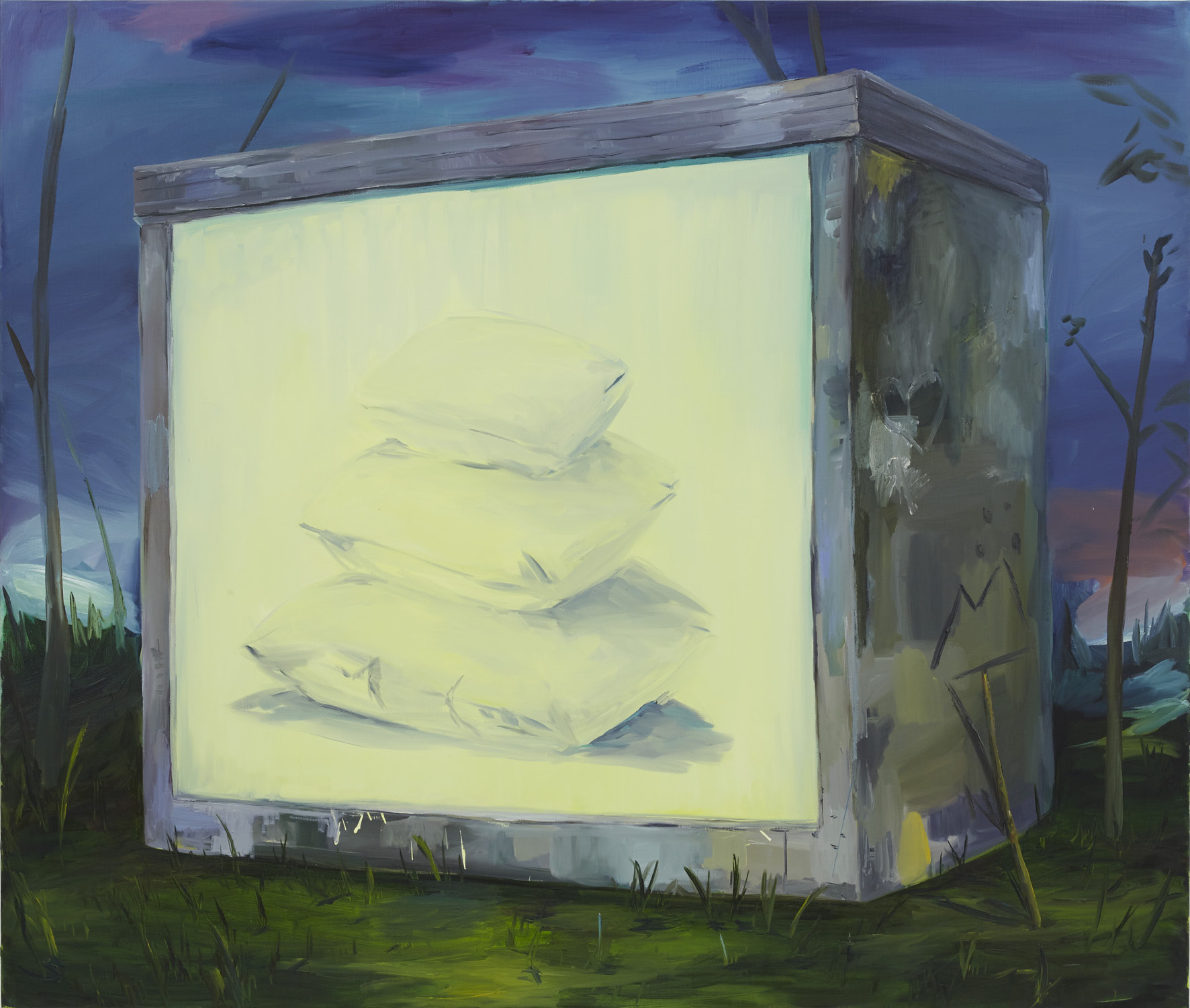 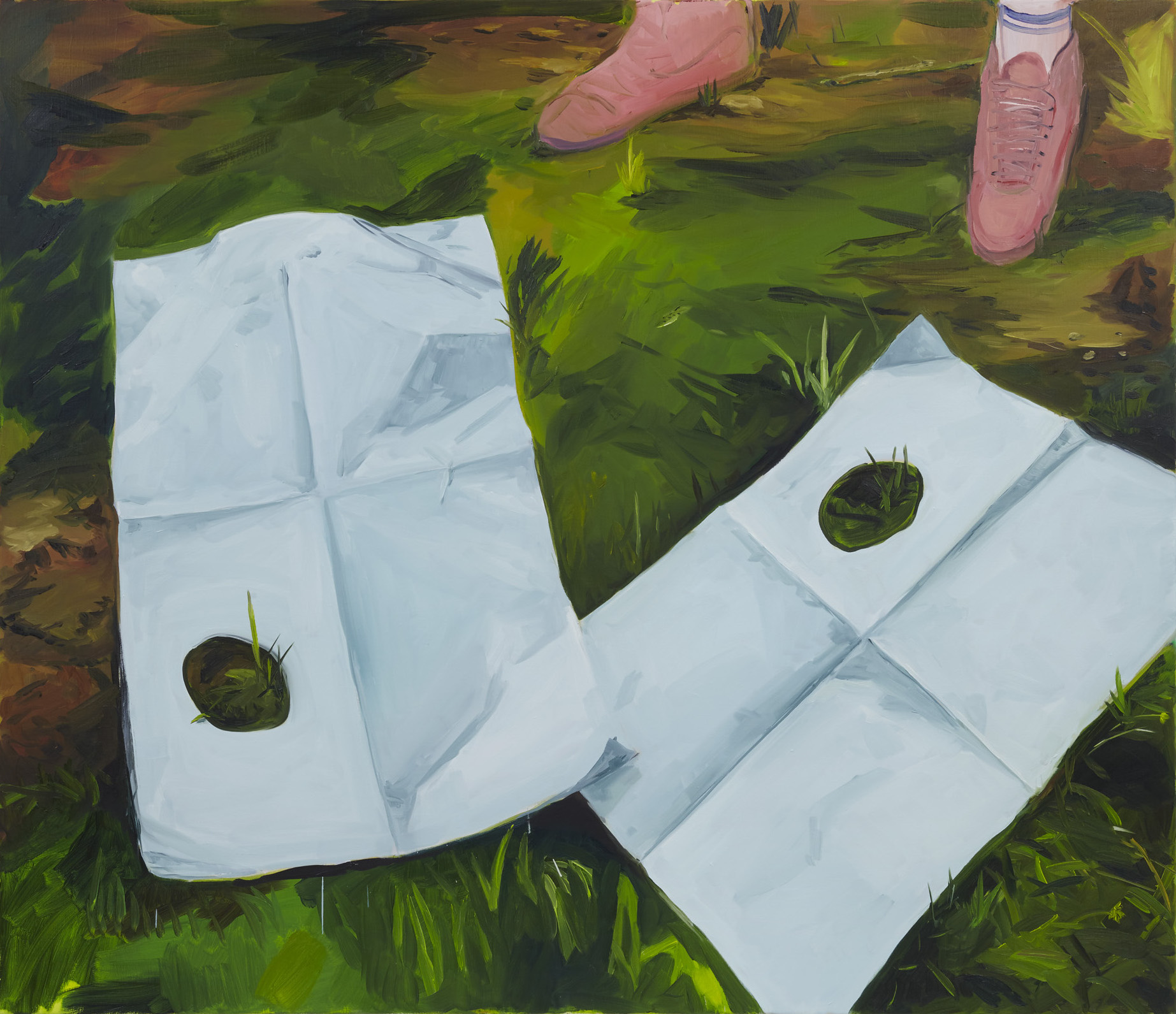 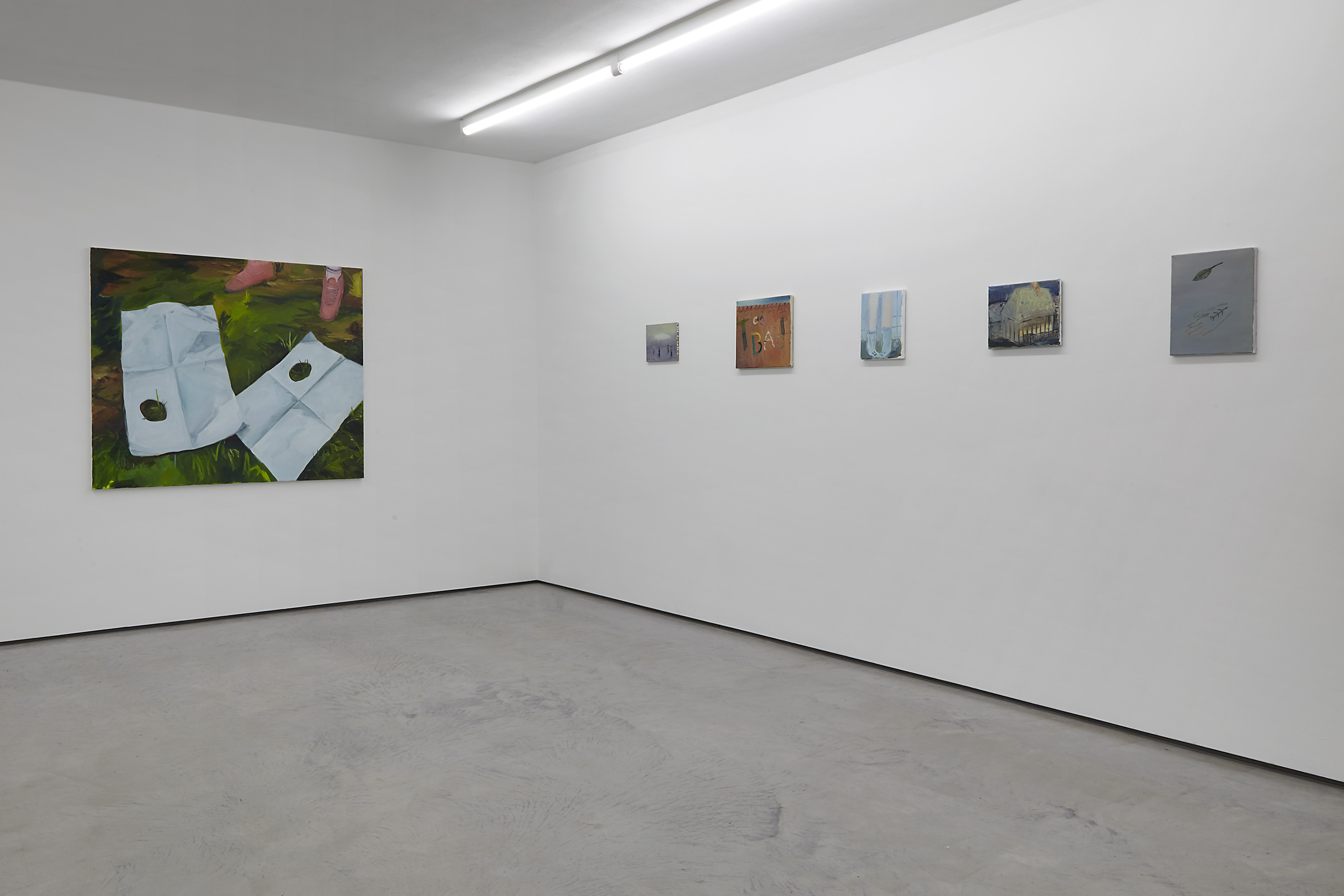 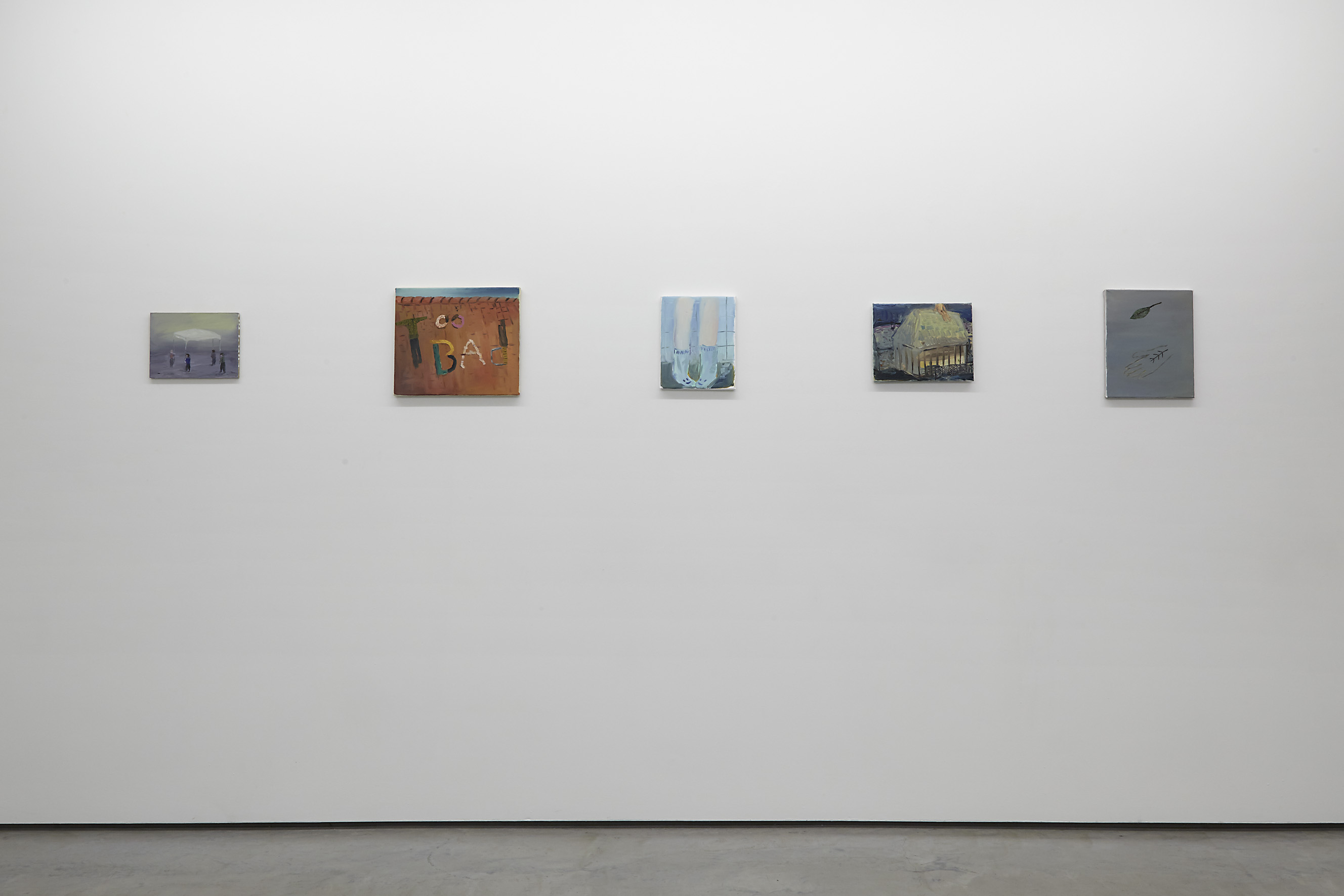 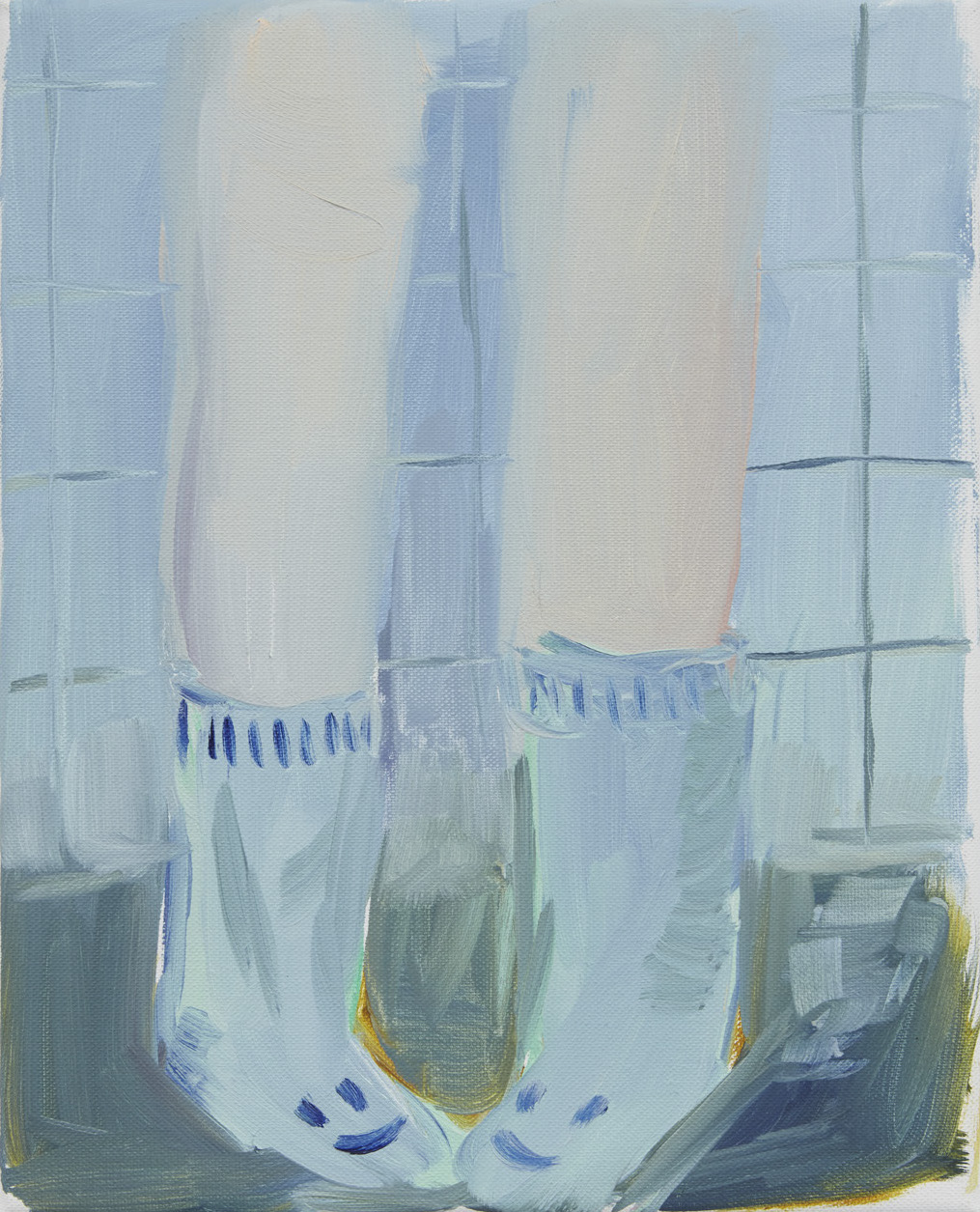 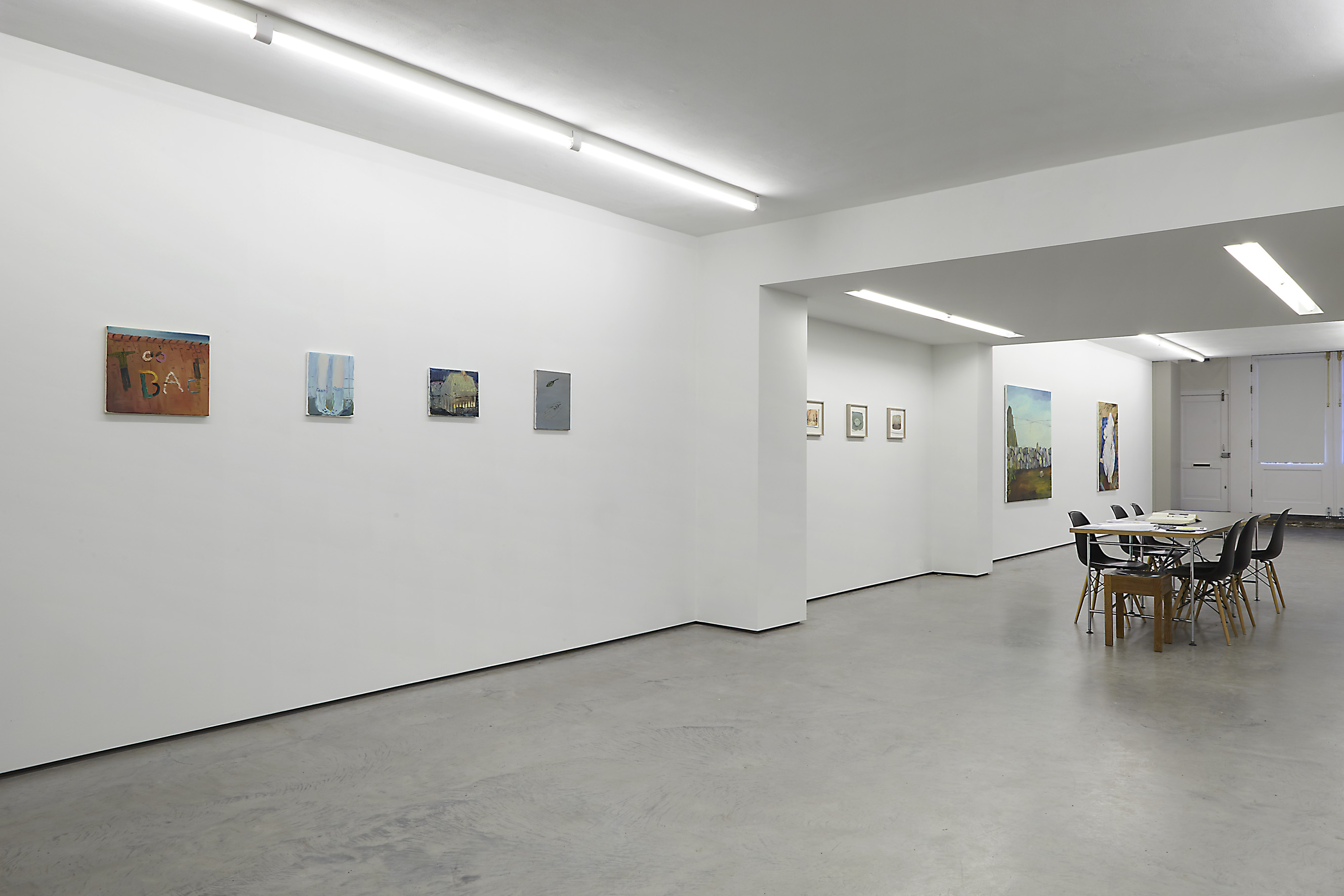 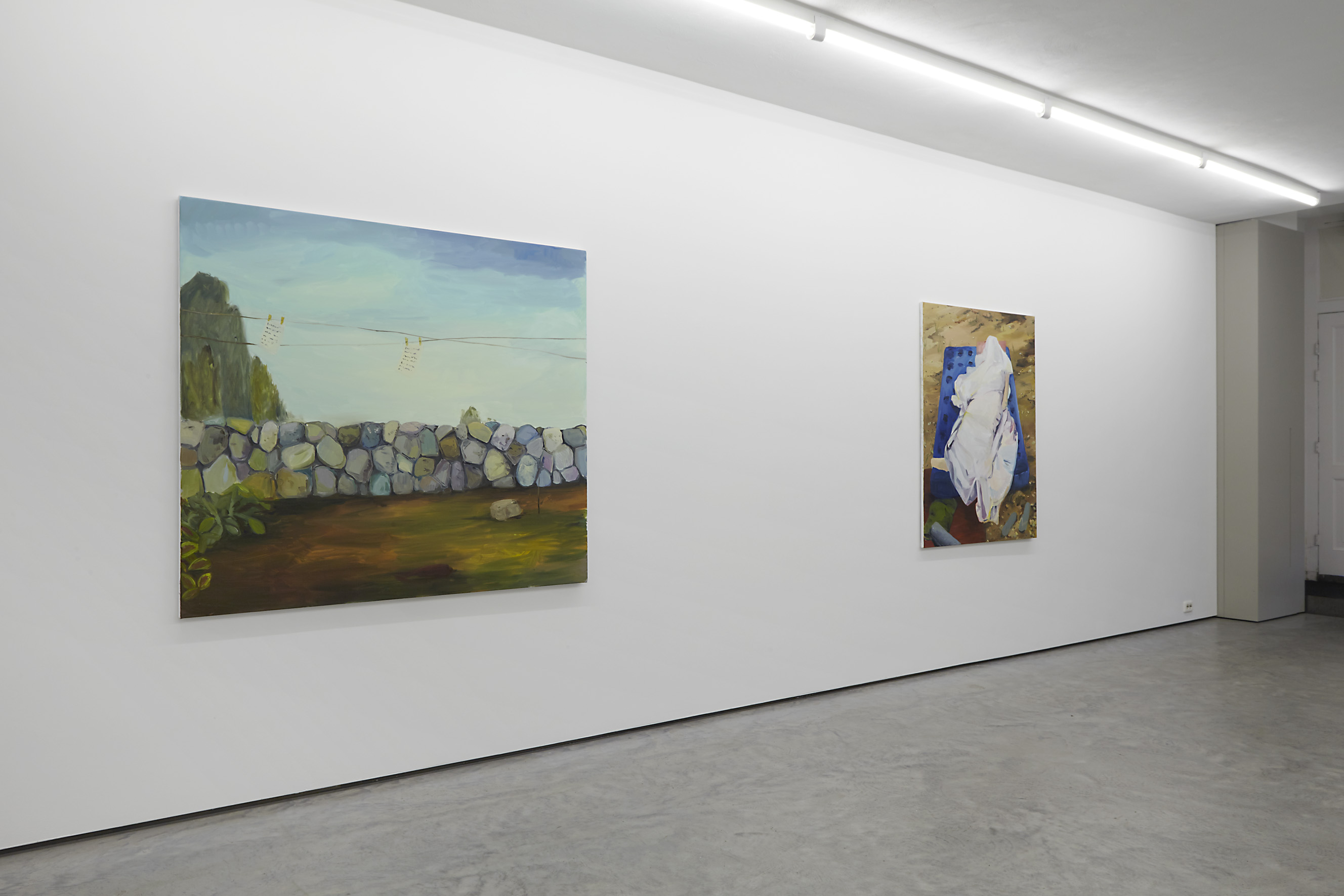 A figure wrapped in sheets is lying, face up, on a velvety blue air mattress. We see a foot and a limp arm carelessly sticking out from beneath the sheet, flip-flops to the side: an intriguing image. ‘When We Saw the Sun Come Down’, 2016/17, by Sanne Rous (1984, NL) has its origins in an innocent vacation photograph. In the context of the present times, however, the image instantly takes on a relationship to countless all-too-familiar photographs, in the media, of refugees cast ashore. What is our connection to these people? In places where suffering literally washes onto the shores, some people are having vacations; others deliberately stay far away from this. The ambiguous title of this painting by Rous accentuates the implications of making the distinction ‘us’ and ‘them’.

The work of Sanne Rous consists of paintings and drawings. Her ideas about painting are grounded in the awareness that painting is engaged in a continual interaction with other media – including installations, photography, video and performance – and is thereby part of a world of images that extends far beyond the limits of the painted canvas. Her (painterly) thinking revolves around observation and the stimulation of this. In this age of digital manipulation, painting offers opportunities: it can be disobedient, even subversive, because – after having been repeatedly pronounced dead – it has broken free of the ballast of traditional expectations associated with it. Rous makes rewarding use of this freedom.

The works that Rous has produced for her solo presentation have a range of origins. They have developed from observations and memories, but also from stories and photographs. What links the works is not so much a narrative aspect as their common ground in a world that focuses on the sensory experience of looking (looking that also involves feeling and exploring). Rous: “These are painted reveries about images that I see around me. For the most part they are images that cannot be interpreted immediately. They can take different directions. Just as a cloud isn’t simply a rain cloud or a snow cloud: it can assume both forms, depending on the circumstances.” The painting ‘Clouds of Rain, Clouds of Snow’, 2017, from which the exhibition takes its title, portrays this stratification in the white of the paper that reflects the white of the sky, in anticipation of the inevitable shadow of passing clouds. The world is revealed in the white of the paper, which becomes a screen – a metaphor for a work of art.

“It often starts with something that I see, a fleeting moment that stays with me. I try to be open about this. Anything has the potential to be a subject. As I paint I explore an image. Usually I first make small paintings in which I’m simply trying things out and investigating. The speed and casualness with which images can take shape while I’m painting on a smaller surface fascinates me: the painting becomes an expanding mental space where the possibilities of the image are tested.”

The work ‘Messages’, 2017, shows a low wall and, above it, a line on which two written notes are hung. The image comes from a childhood memory. It expresses a desire for communication, while conveying emptiness at the same time. The writers of the notes remain out of view, and perhaps nobody at all will ever read these two notes. Man is a social being, but in a certain sense that is precisely what makes him lonely. While contact is sought, there arises the question as to how much contact is actually possible. All that talking, but no listening. In the work of Sanne Rous, the outer world and inner world encounter each other by way of the imagination. We need only to be guided by our own focus, our own intuitive observation, in order to discover the light that her work casts on the world.