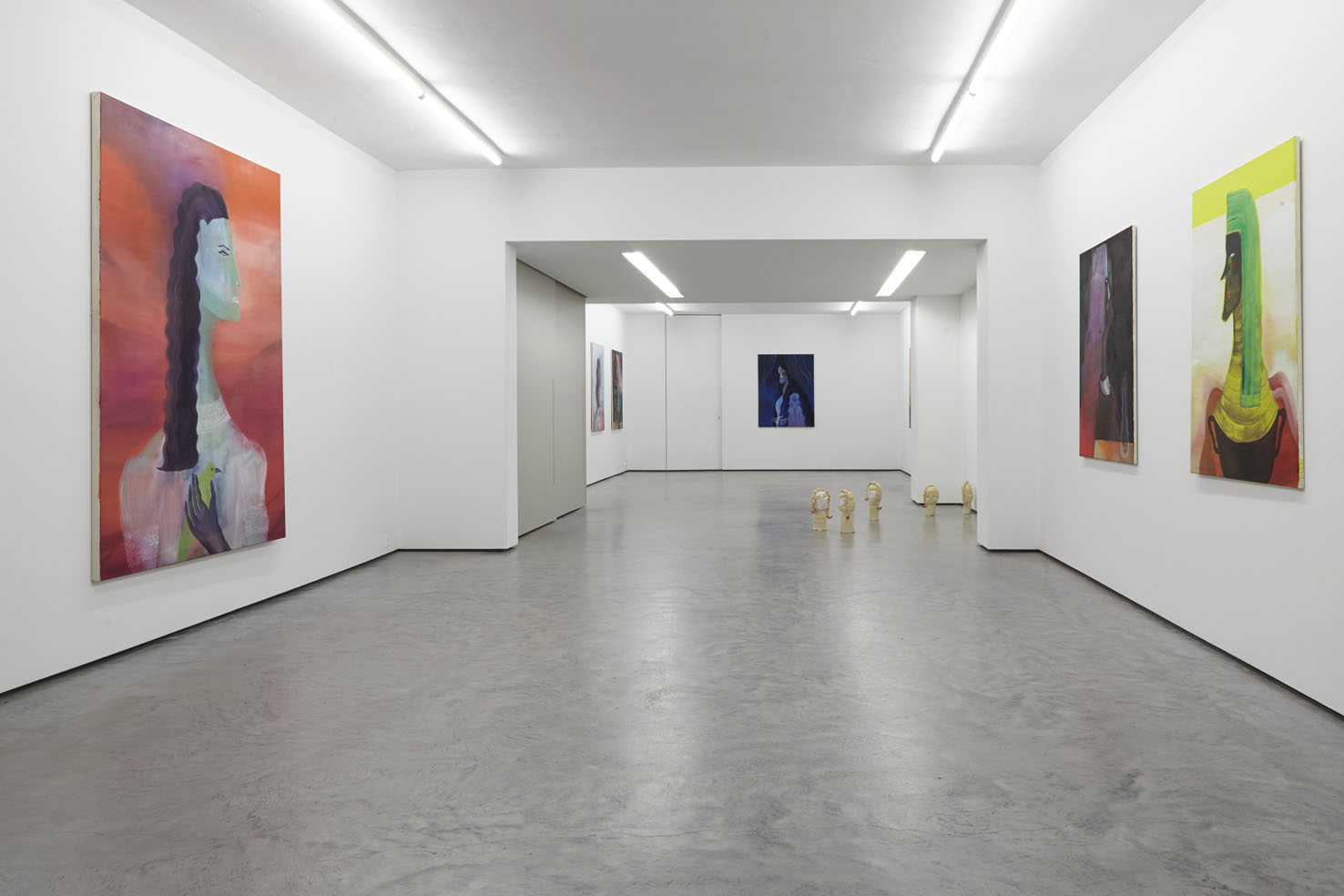 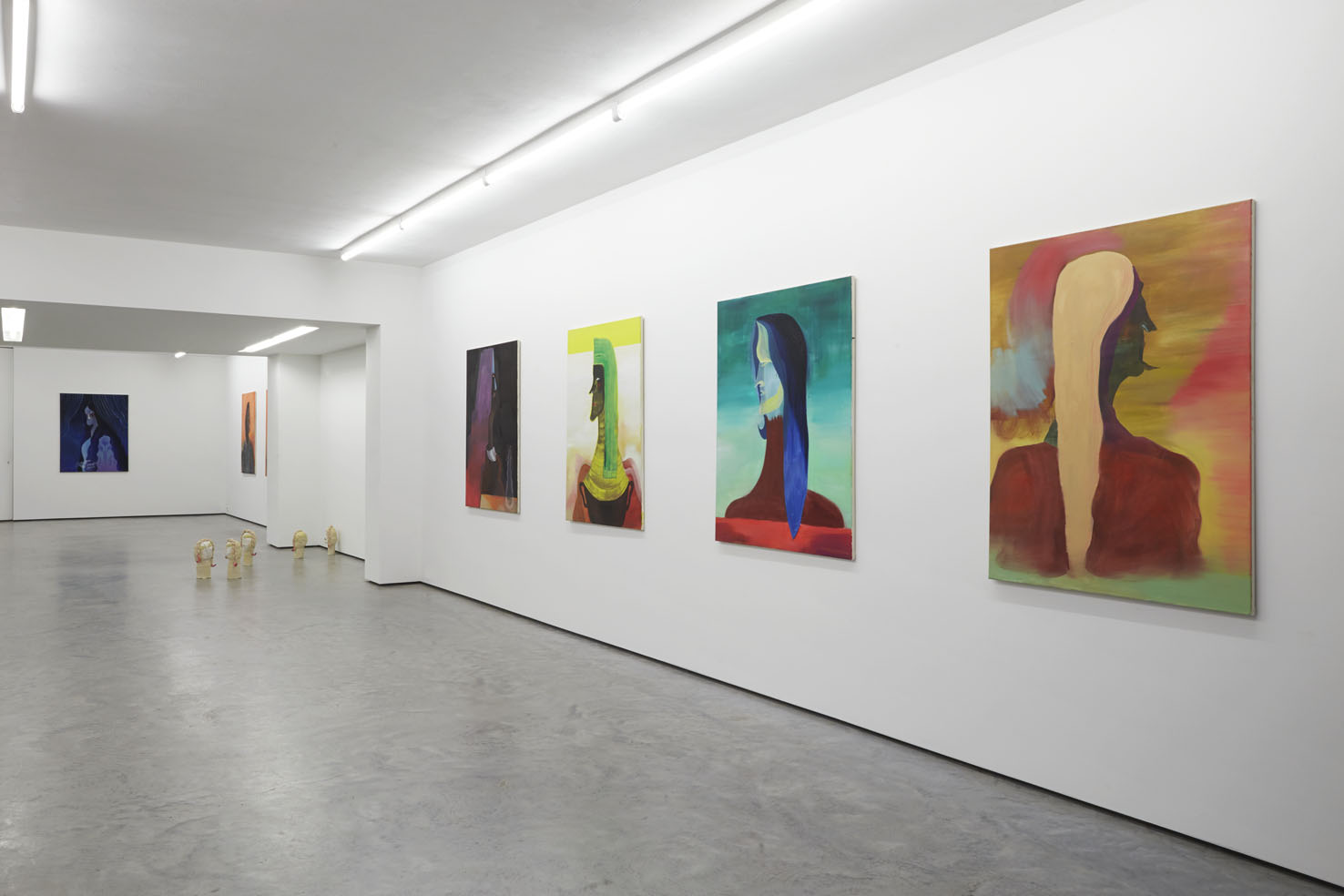 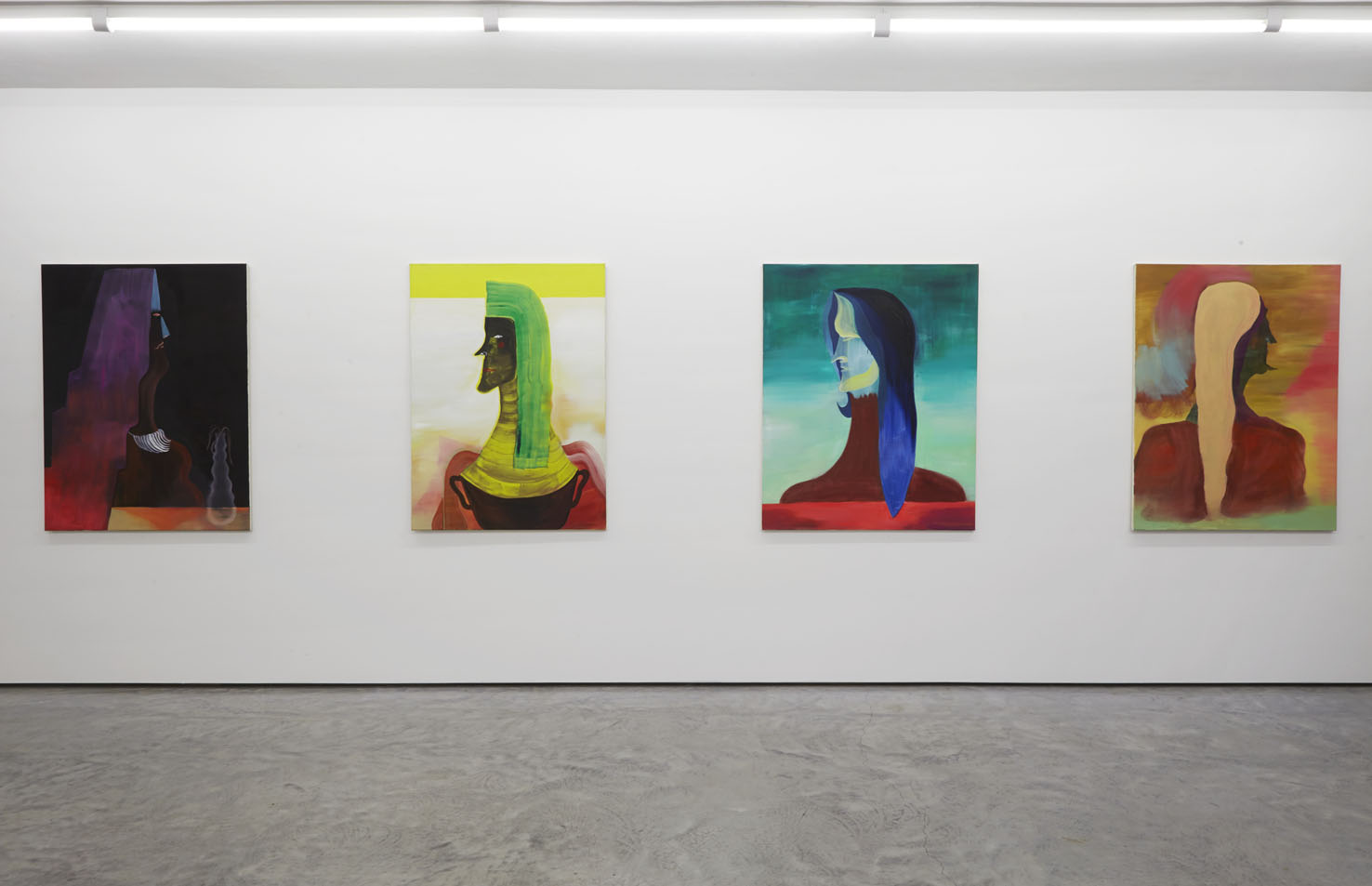 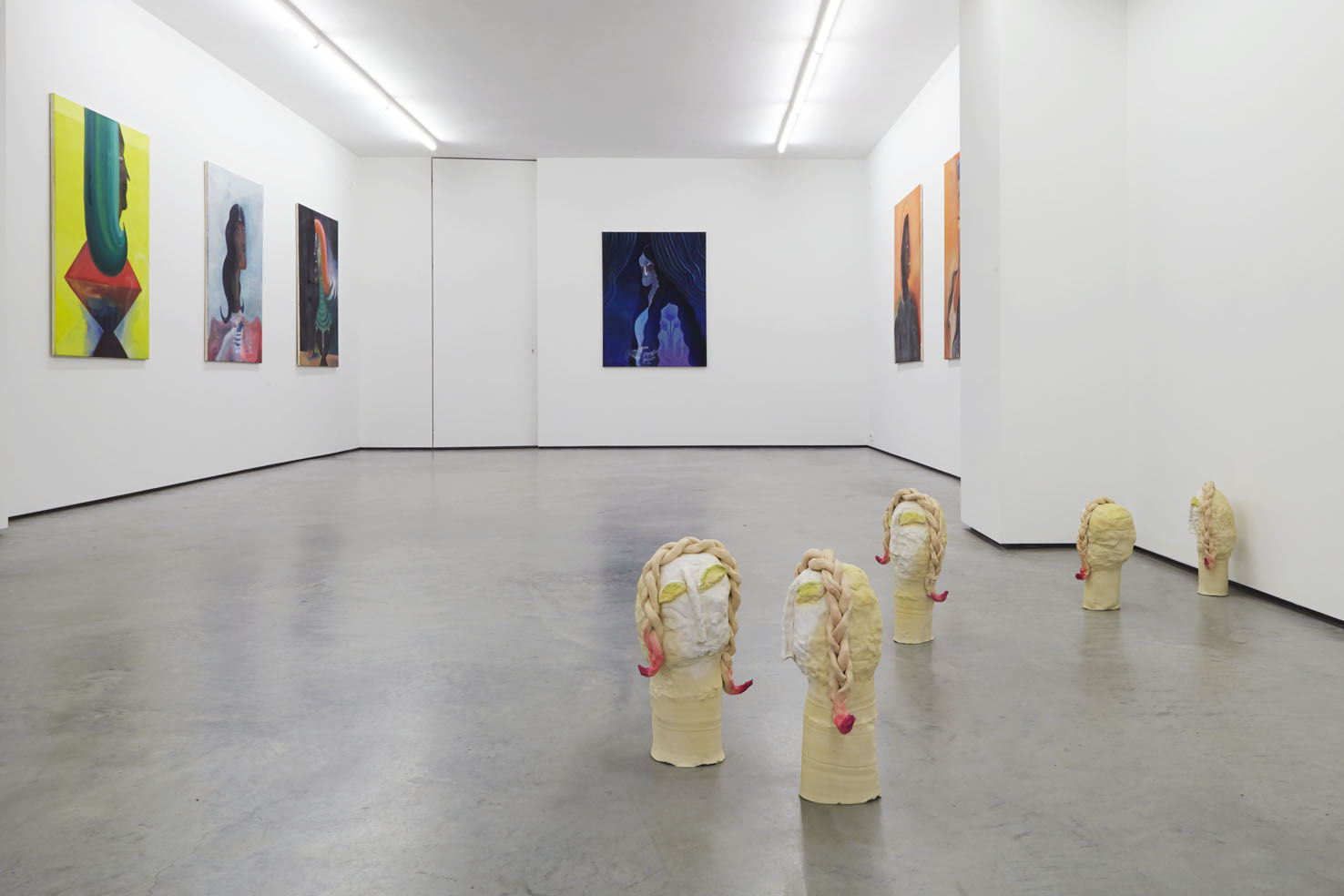 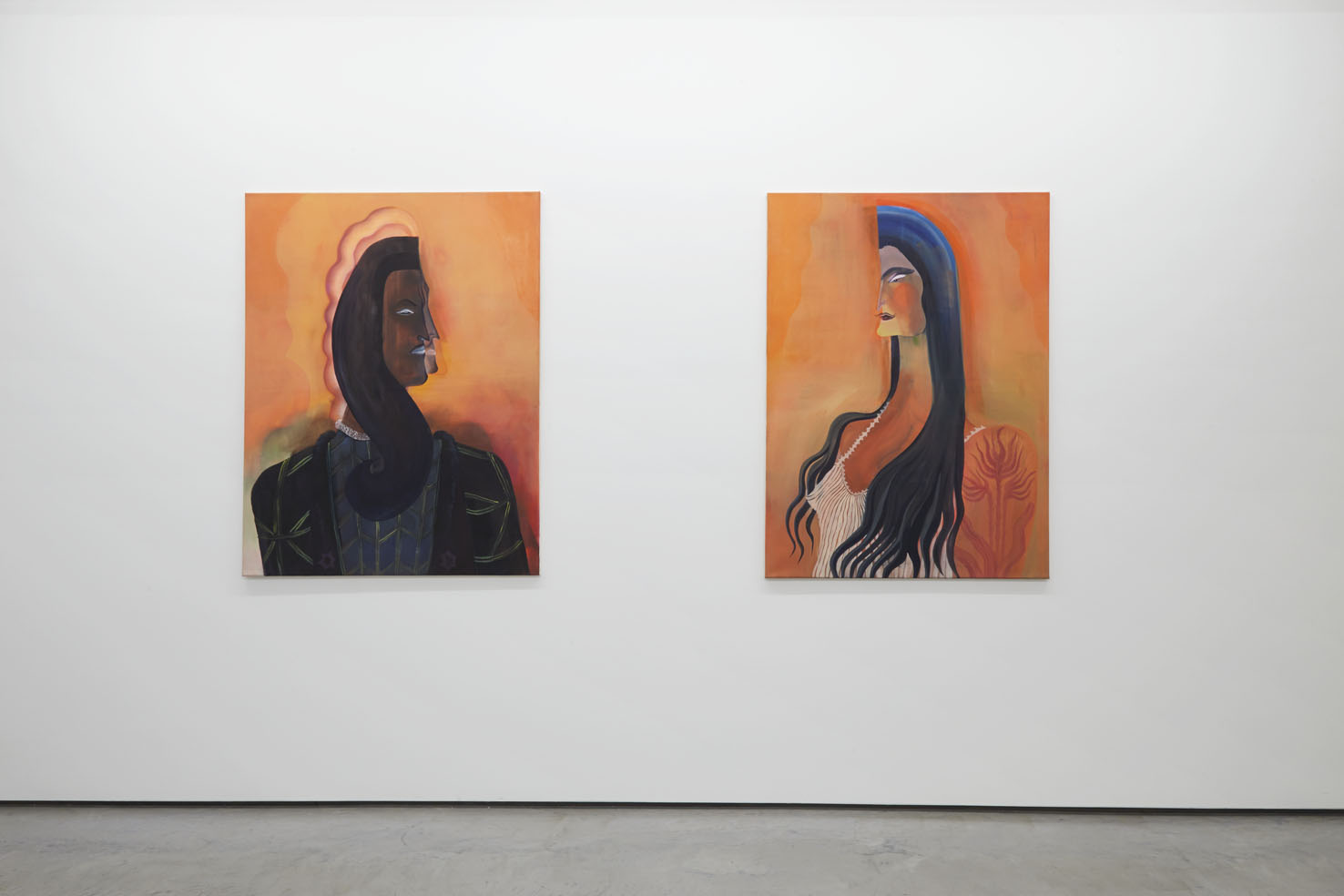 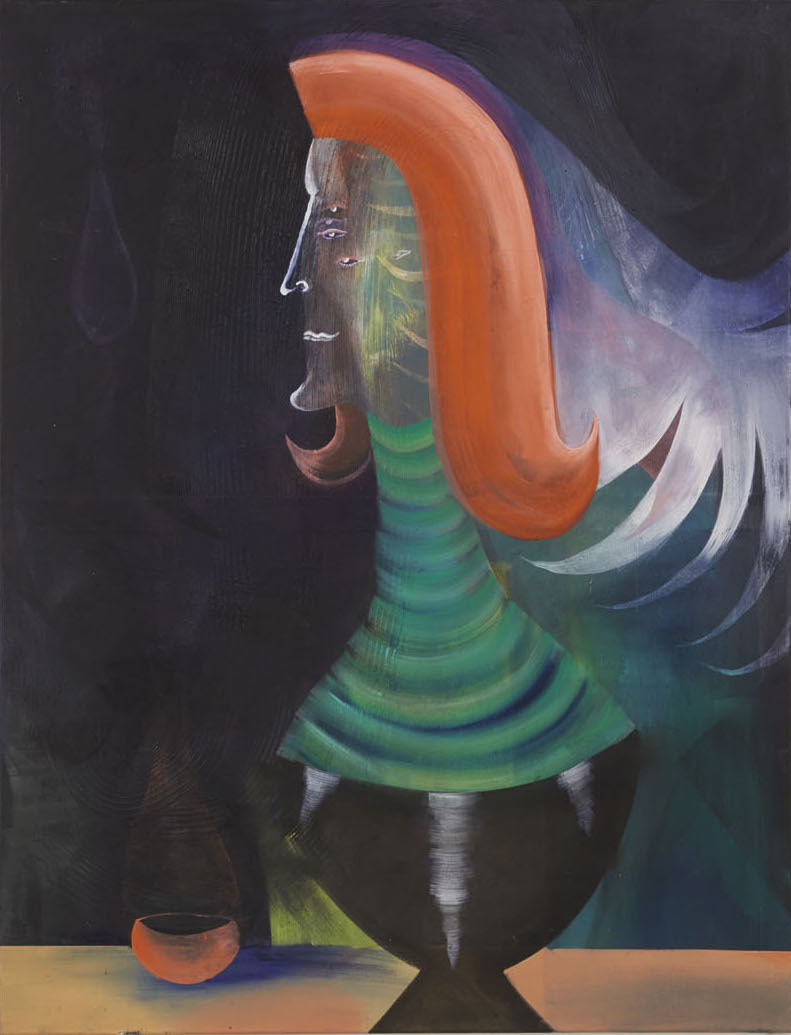 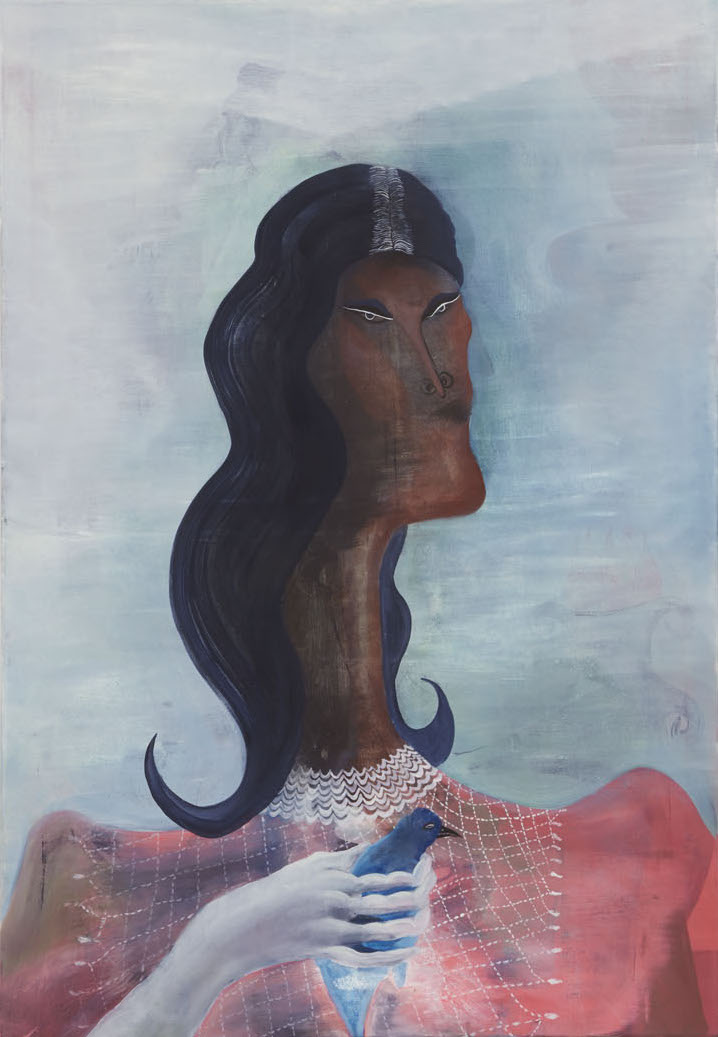 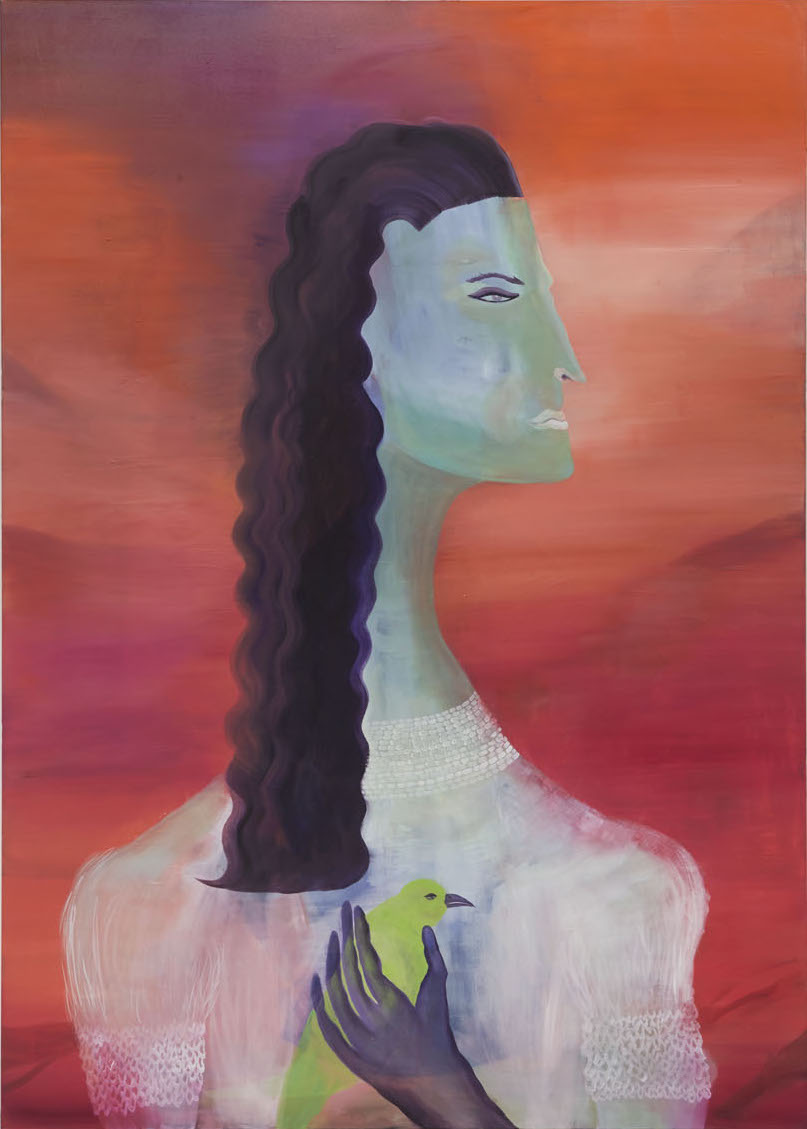 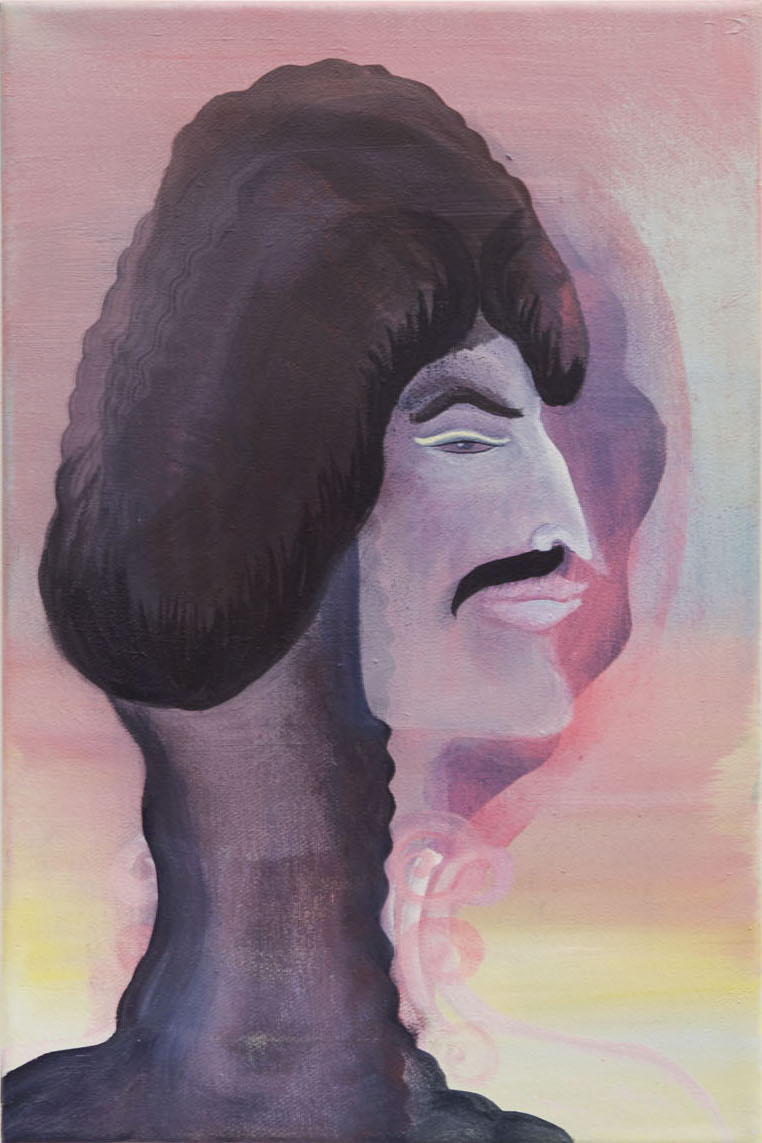 To Marie Aly there is no question that painting does continue to hold urgency during an age that is dominated by ephemeral concepts and the projected image. She senses that urgency through her experience of everyday life, the complexity of today’s reality that she brings to a halt in the painted image. In her very own way Marie Aly juxtaposes prevailing cultural views with concepts and visual techniques from other times and other fields: her images produce friction, being both ‘foreign’ and familiar. The role of the painted image itself is brought into focus. By doing this Marie Aly puts a twist on painting and links the age-old medium with the current scene.

She likes video art and takes inspiration from installations, sculpture, performances and music; she has a passion for historical narratives. Aly is moved by the simple, almost naive simplicity of motifs painted on Greek vases and fascinated with the work of other artists, such as the exotic as well as magical landscapes of Peter Doig. Or the poetic installations of Lithuanian artist Zilvinas Landzbergas, with whom she feels a deep affinity.

The world manifests itself to Marie Aly (Berlin, 1980) in terms of shapes, colors and materials. Images, narratives, memories and associations set off her imagination, an endless flow that matter-of-factly assumes a fixed form in her paintings. A characteristic of Marie Aly’s recent work is her approach to the painterly process as an entity of intuitive decisions in which images are layered so that they run together. Within the very context of the commonplace, she gives rise to the question as to how the current age can be represented.

In the exhibition ‘Calypso’ Marie Aly shows a series of portraits. These are fictitious figures, protagonists in a play of concepts and connotations. Calypso, whose name means ‘to hide’ or ‘to deceive’, is one of the ravishingly beautiful daughters of Nereus who fell in love with Odysseus and held this mythical hero captive on a deserted island for many years, until she was commanded by Zeus to let him go. Was Calypso the most beautiful of the fifty daughters? Is this all about a conflict of beauty, pride and independence? Is it about the individual or the larger whole? In this exhibition of portraits by Marie Aly, each portrait could be the likeness of Calypso.

Marie Aly (Berlin, 1980) studied, among other disciplines, painting and printmaking under Ralf Kerbach at the art academy in Dresden. There the focus was mainly on the craftsmanly and technical aspects of painting. Here she soon developed a fondness for art history and the painterly tradition of Cranach, Dürer, Bosch and Grünewald. From 2008 to 2010 she was a resident at de Ateliers in Amsterdam. In 2009 she won the Royal Award for Modern Painting and, in 2013, received a commission to produce four murals for Kasteel Slangenburg in Doetinchem. Her work has been shown at various locations, throughout the Netherlands and abroad, and is included in both Dutch and foreign collections.