A Sunday as A Sunday, installation view 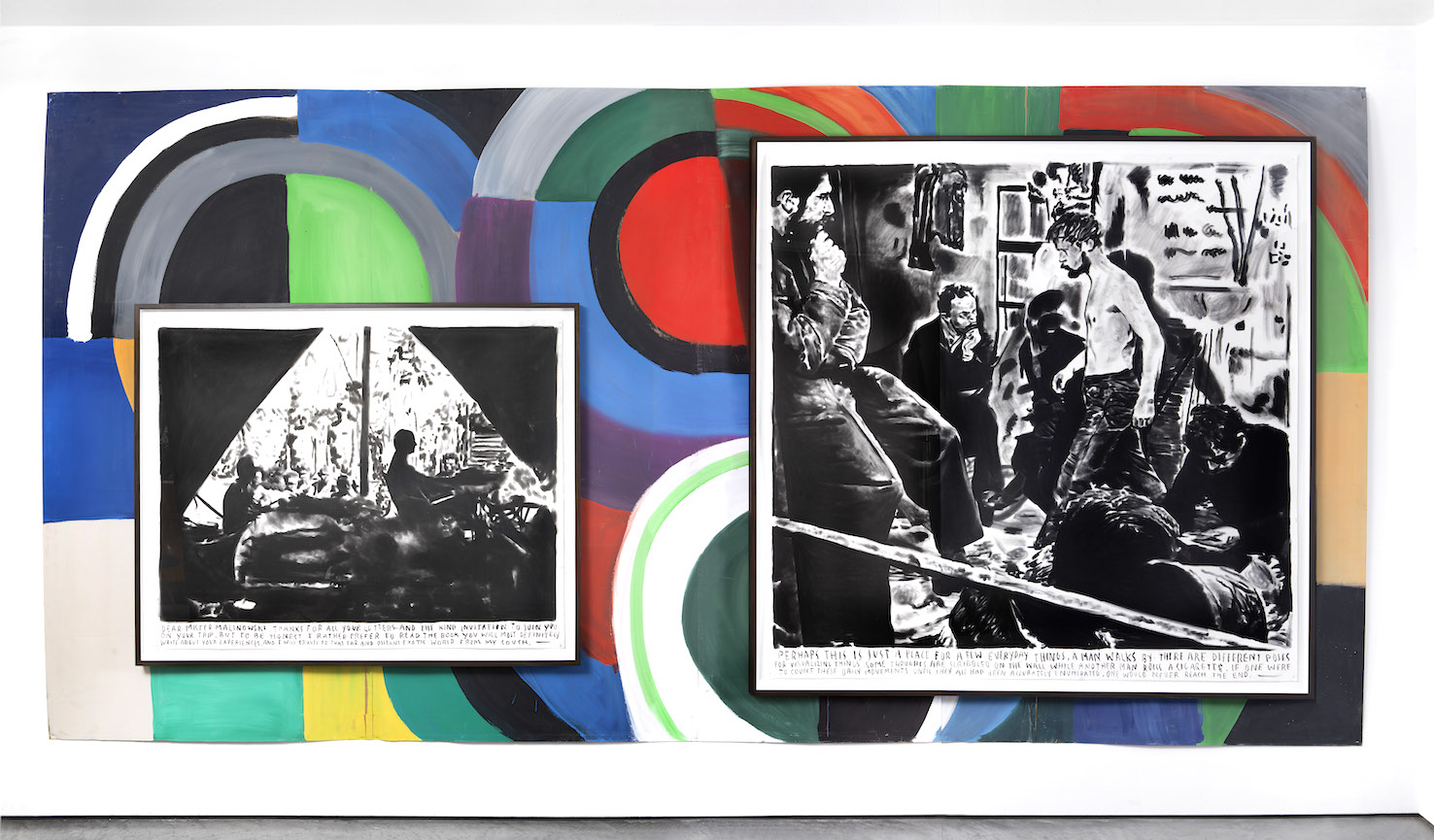 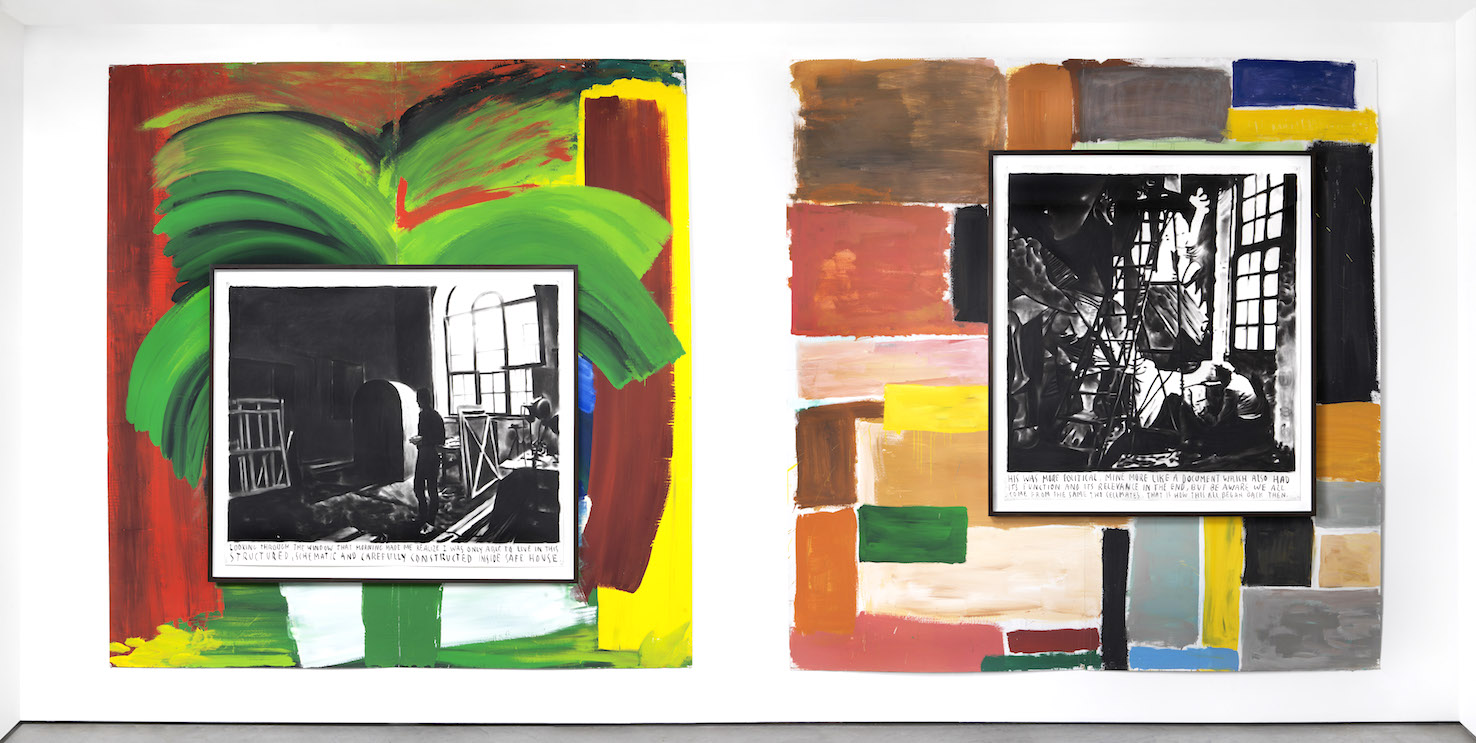 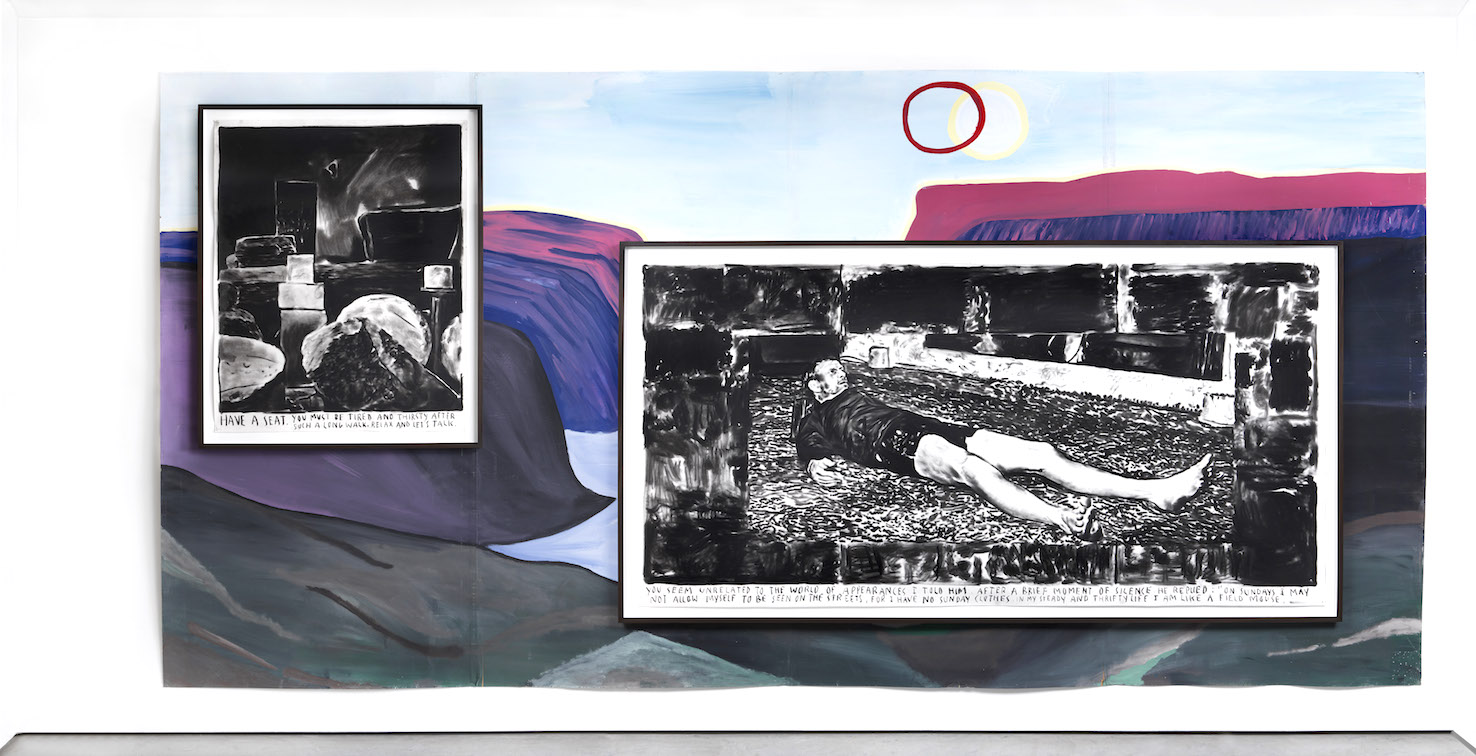 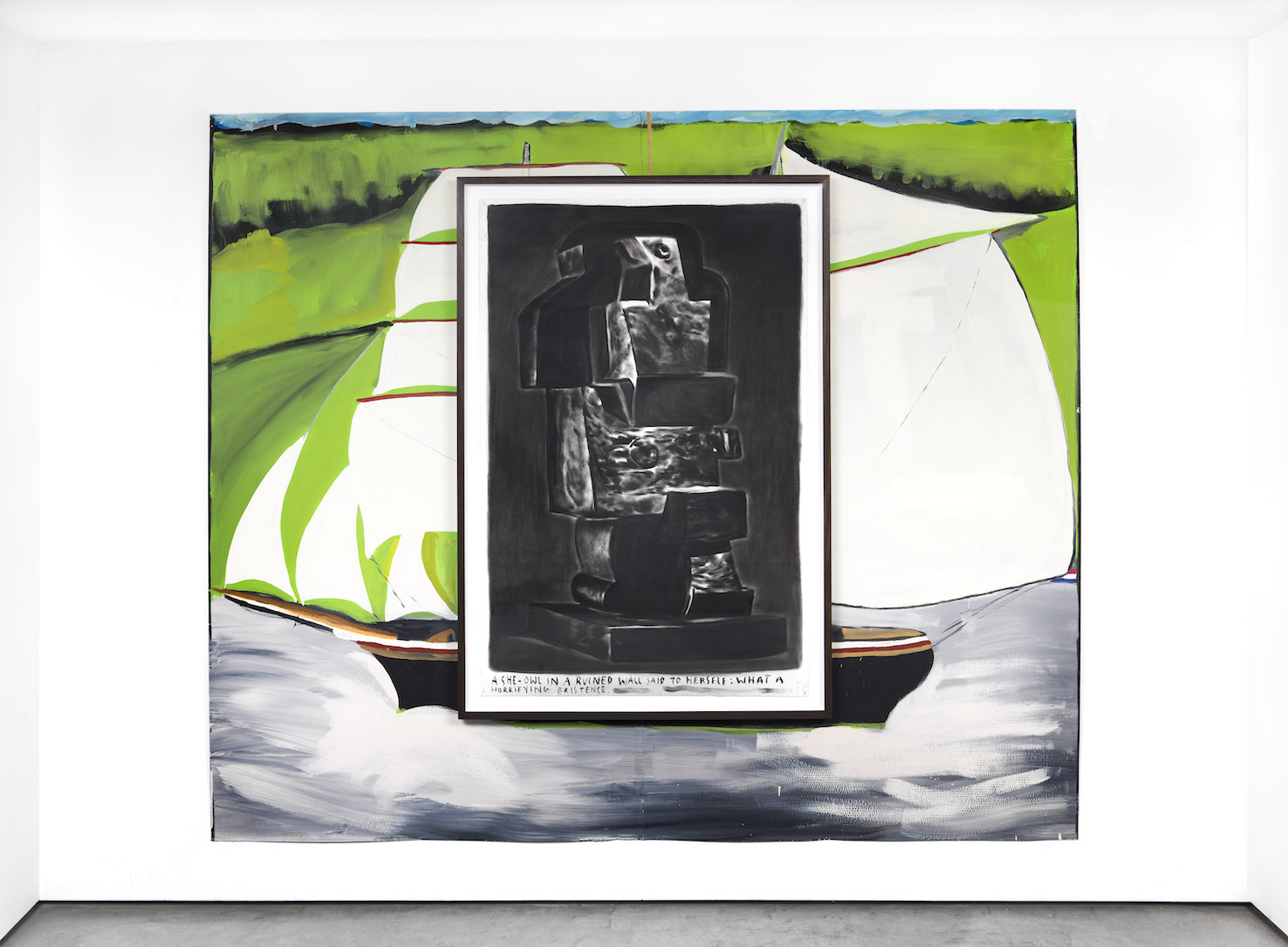 Sunday: a dreary atmosphere, boredom lingering in the air. Sunday, a day of rituals, a day of clichés. A Sunday as a Sunday: the title of Rinus Van de Velde’s solo exhibition refers to the Sunday that is simply itself, having all the traits associated with this. Nevertheless the familiar appearance of an ordinary Sunday can suddenly be disrupted by the presence of villainous, demonic traits. Ripples in the placid surface of our day of rest, odd distortions of a dead-certain reality.
For A Sunday as a Sunday Rinus Van de Velde produced a series of black-and-white drawings related to the theme of the antihero. The gallery will be transformed into an installation involving furniture and colorful cardboard ‘wall hangings’ based on existing abstract paintings by such figures as Robert Delaunay, Howard Hodgkin, Gunther Förg and Mark Rothko. These serve as the mental and conceptual setting for the narrative of Van de Velde’s drawings.

Amid the tension that arises through the extremes of A Sunday as a Sunday, Van de Velde’s antihero comes to life. This character never wants to go outside and experiences every day as if it were a Sunday. The household indoor world of the gallery (or the studio) is where his life takes place. One of the drawings shows a room with two beds; lying in each bed is a man and a woman. The curtains are shut, and the light cast on the couples seems to come from a television which remains out of view. Written beneath the scene is the following: “Suddenly I saw an unspeakable heaviness in all this haste and hurry, and I told myself: ‘This hugger-mugger totality wants nothing and does nothing’.” The story has no beginning or end. Aside from the appearance of an imaginary character – his ‘anti-rock ‘n roll’ life and the writings expressing the artist’s alter ego, the outsider in himself – no other connection exists among the drawings. Settled in the disconcerting strangeness of day-to-day life, he transcends that life, which is to say the ‘ordinary’, in order to seek autonomous images, options and (im)possibilities, a parallel dimension. It is that autonomy which this exhibition questions, in an empathizing manner, on the basis of its greatest taboo: narrativeness.

Van de Velde’s previous solo exhibition at tegenboschvanvreden marked the start of a long series of drawings based on photographs of staged scenes, in which the artist himself appeared. Paper was replaced with canvas, and the size of the works continued to grow. Last spring this series culminated in the installation Donogoo Tonka, involving ten works on a monument scale, at the S.M.A.K. in Ghent. Objects that he had used for his staging stood in the space like props.A Sunday as a Sunday is likewise the starting point for a new development. Van de Velde has now returned to paper again – this allowing for more speed and thereby more experimentation and risk-taking –  and his own likeness does not appear in the works for this exhibition. The furniture and colorful ‘tapestries’ of cardboard are no longer a collection of props, but an installation. The exhibition as a whole puts each drawing on edge and gives rise to questions about the narrative in Van de Velde’s work, about the ‘coordinations’ on which his images are based, about its relationship to photography, about the role of color and the significance of writing. And remarkably: an interesting dialogue with (the history of) abstract art is generated.