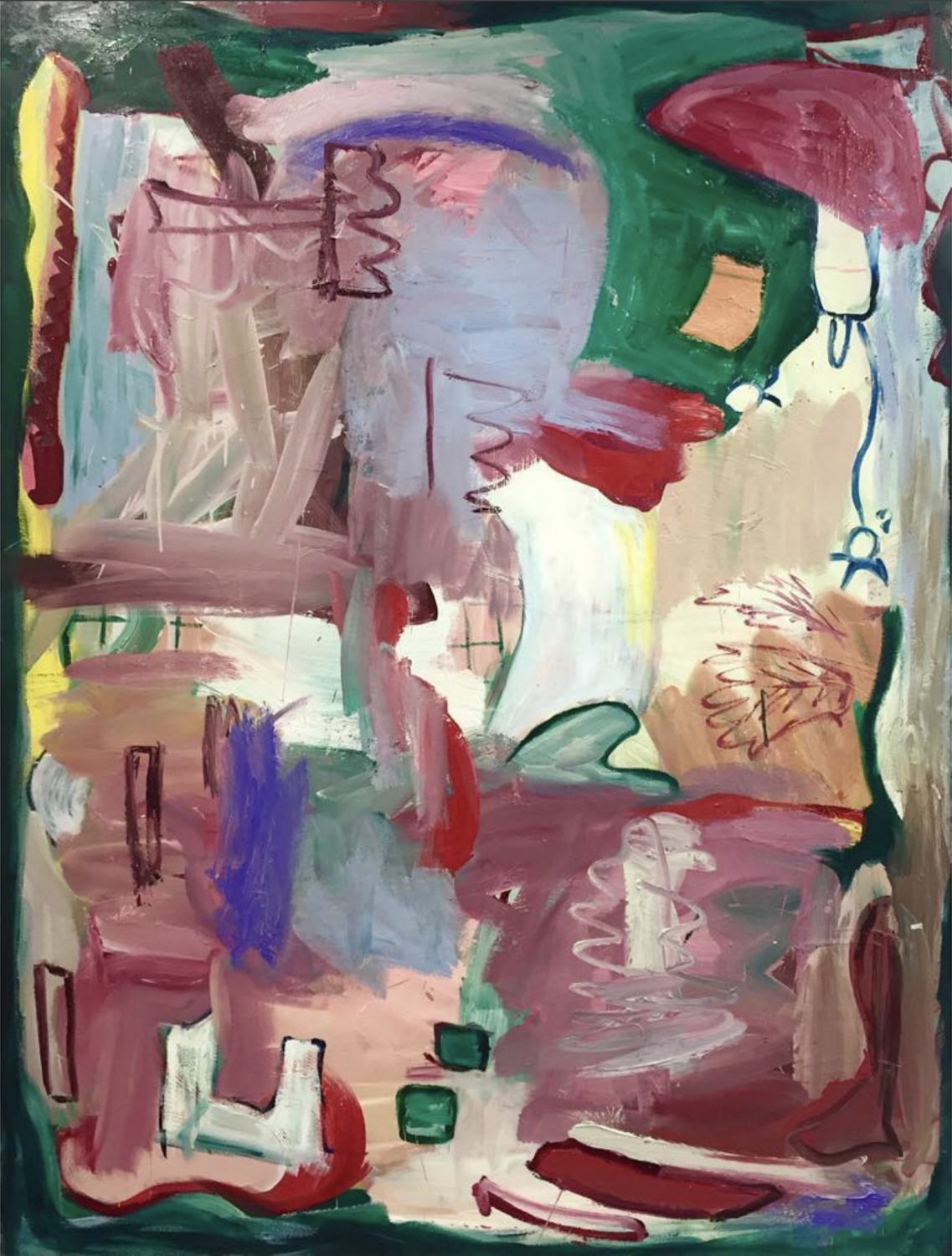 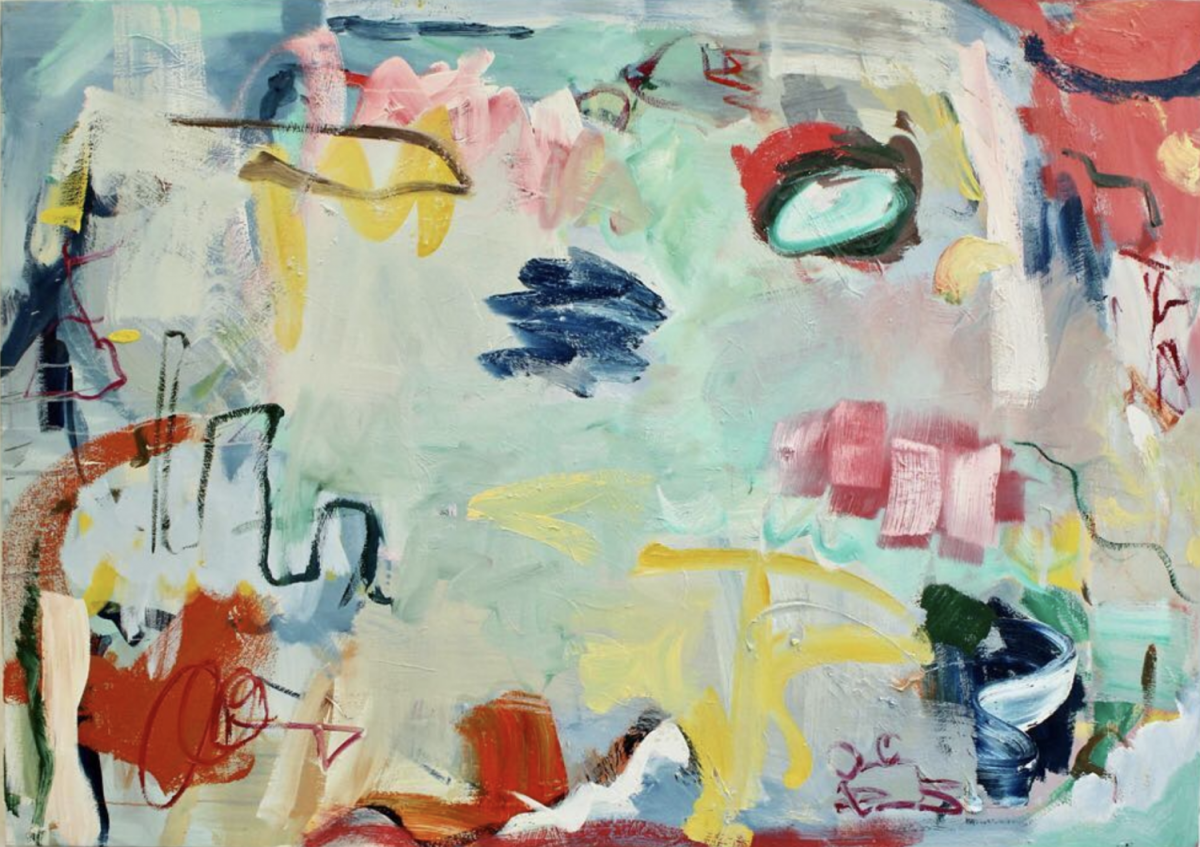 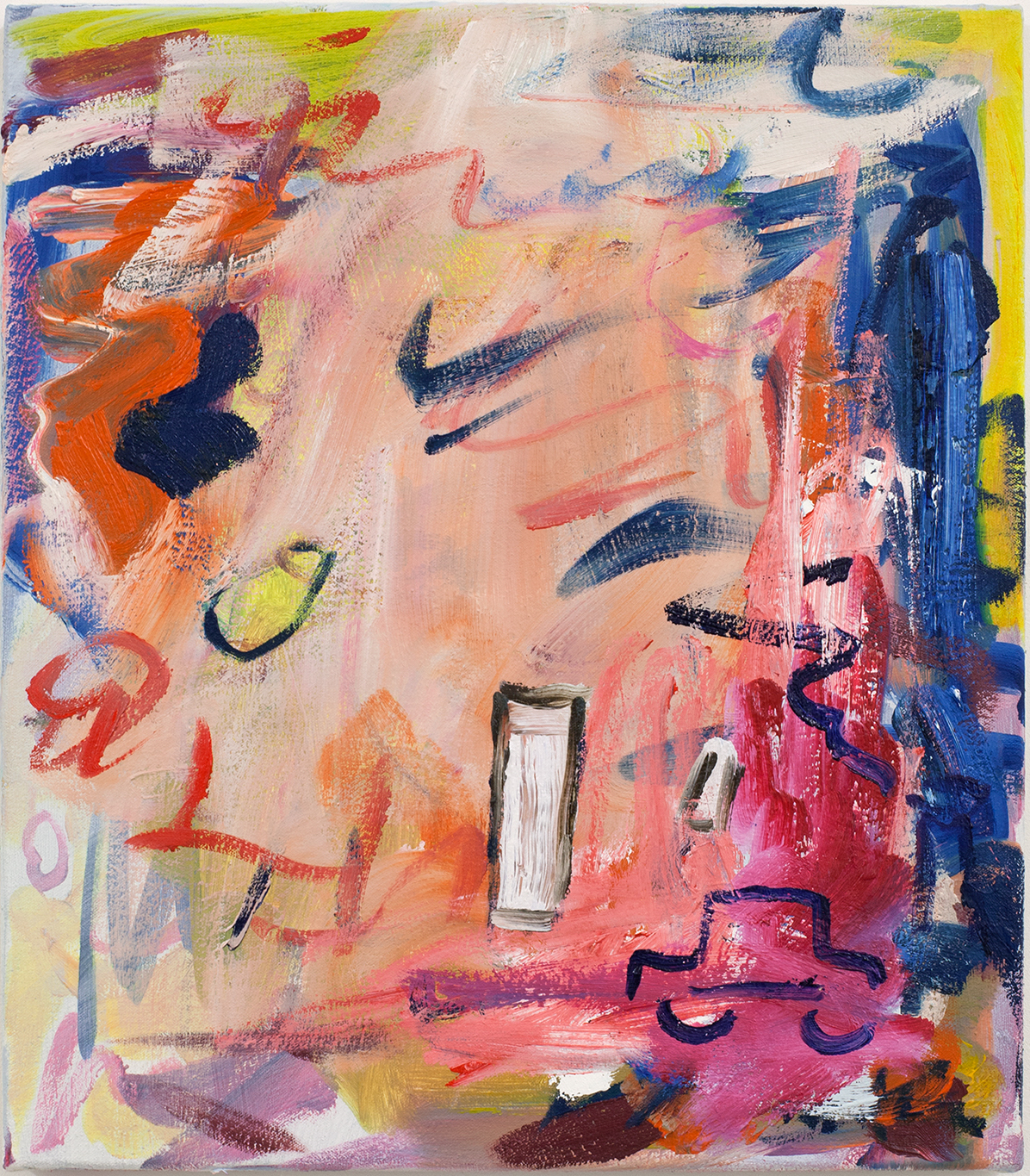 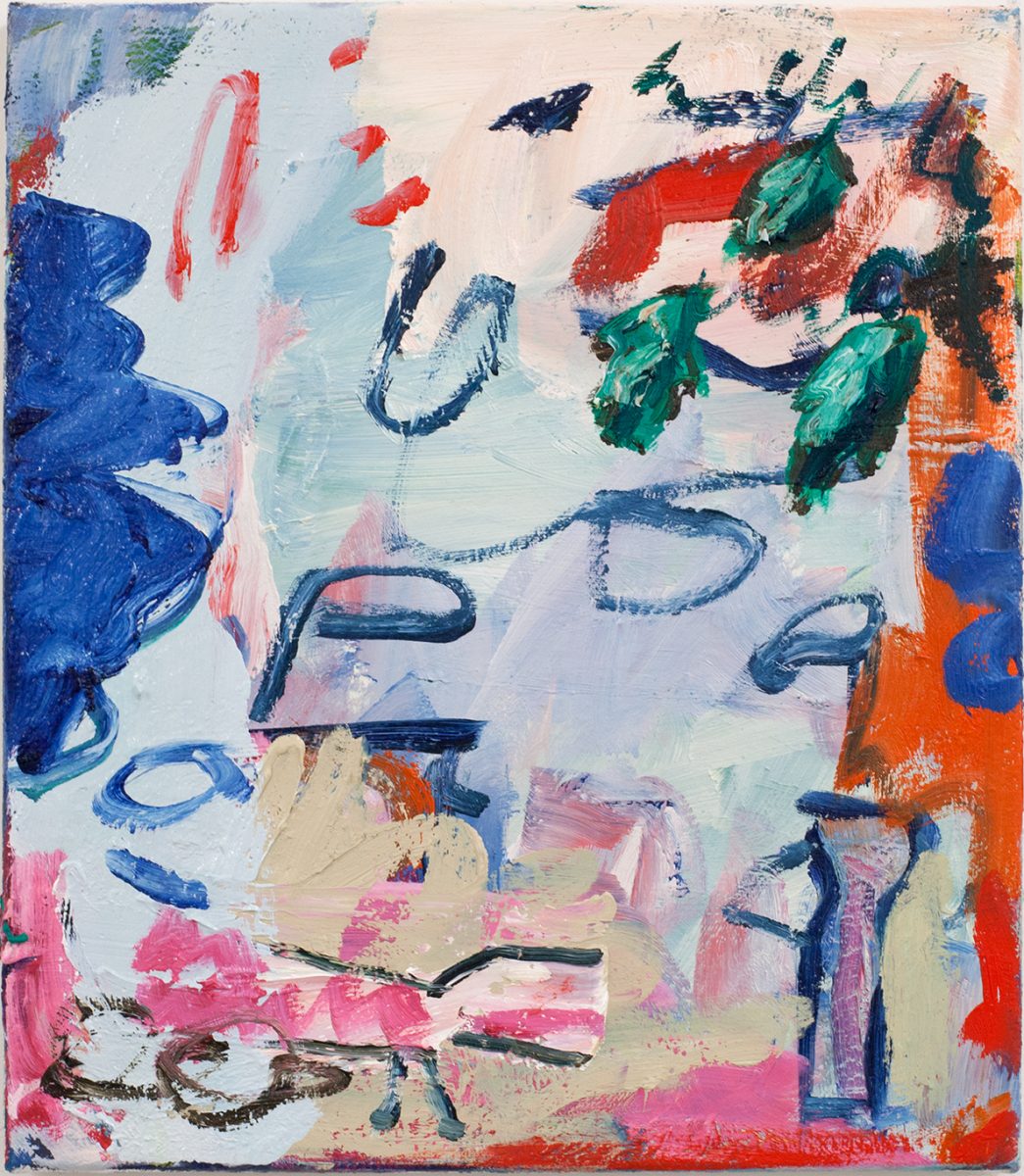 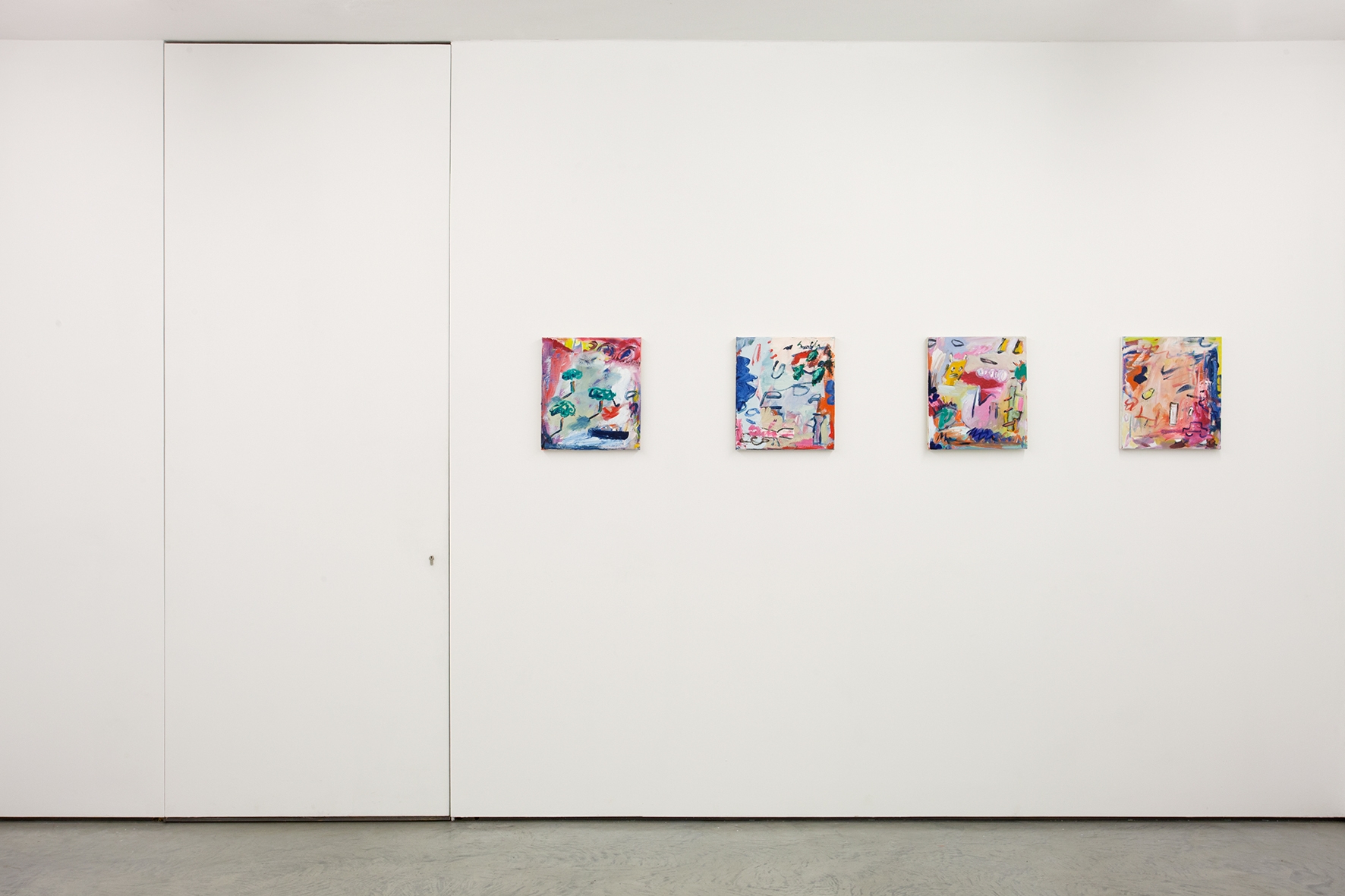 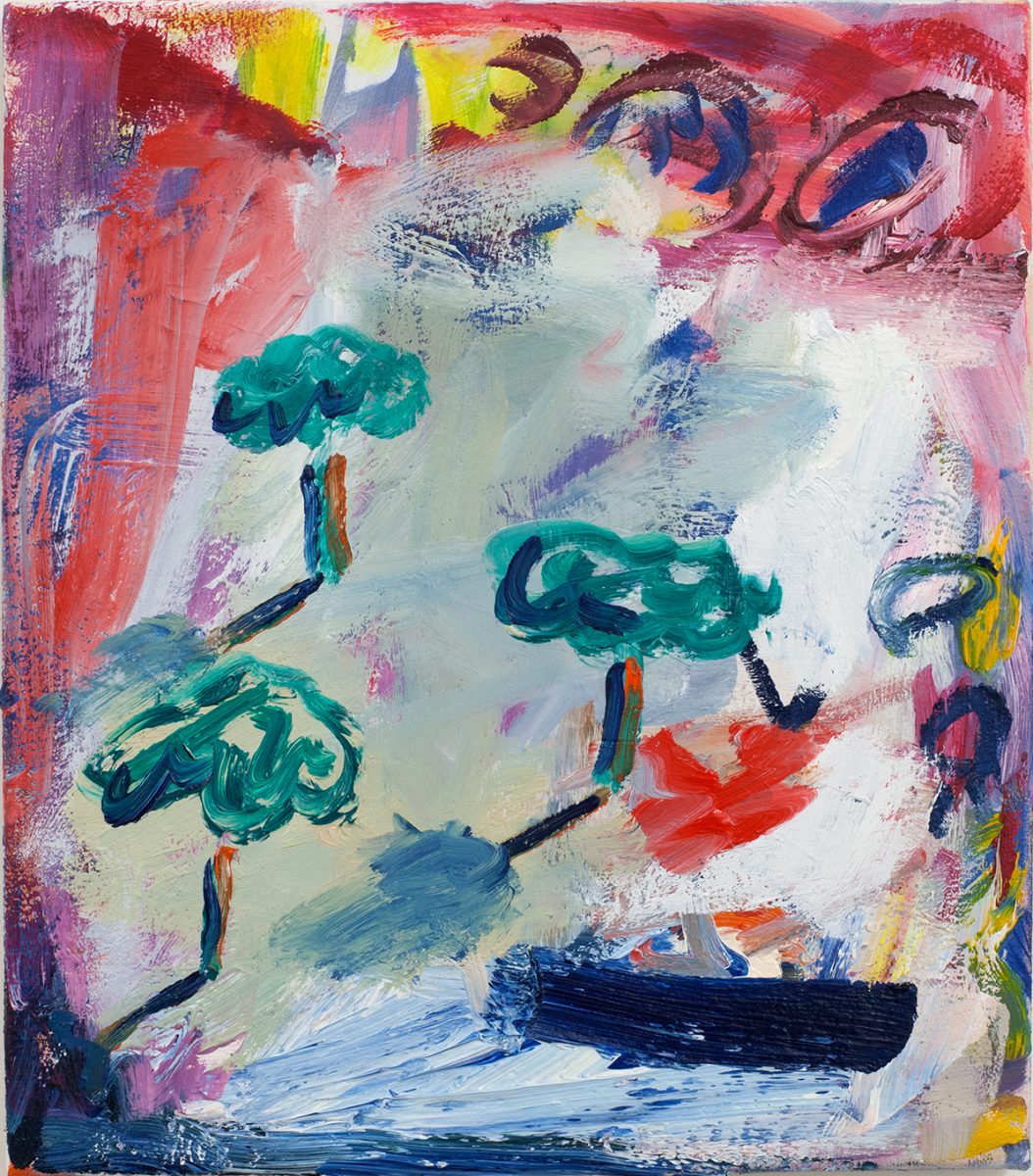 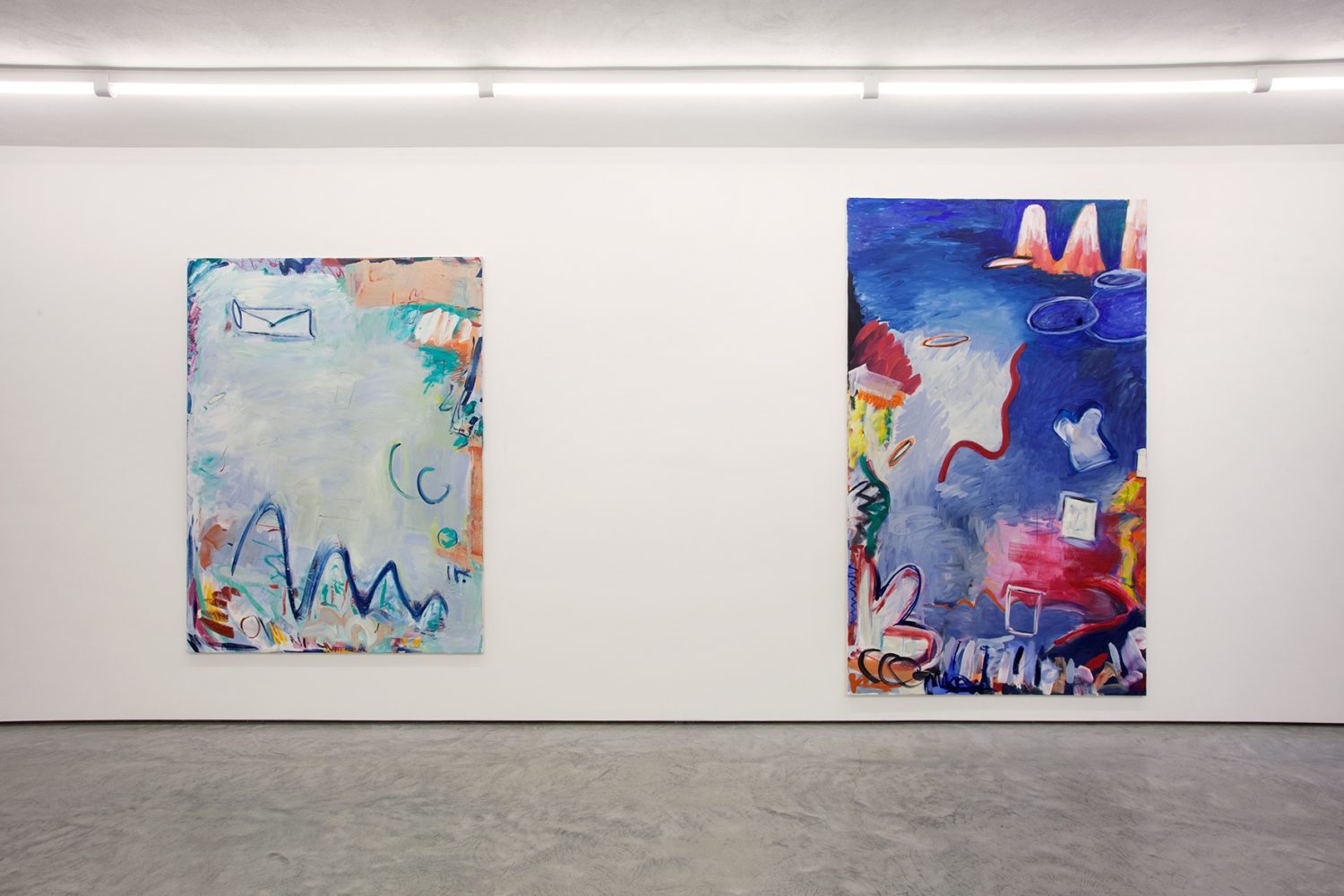 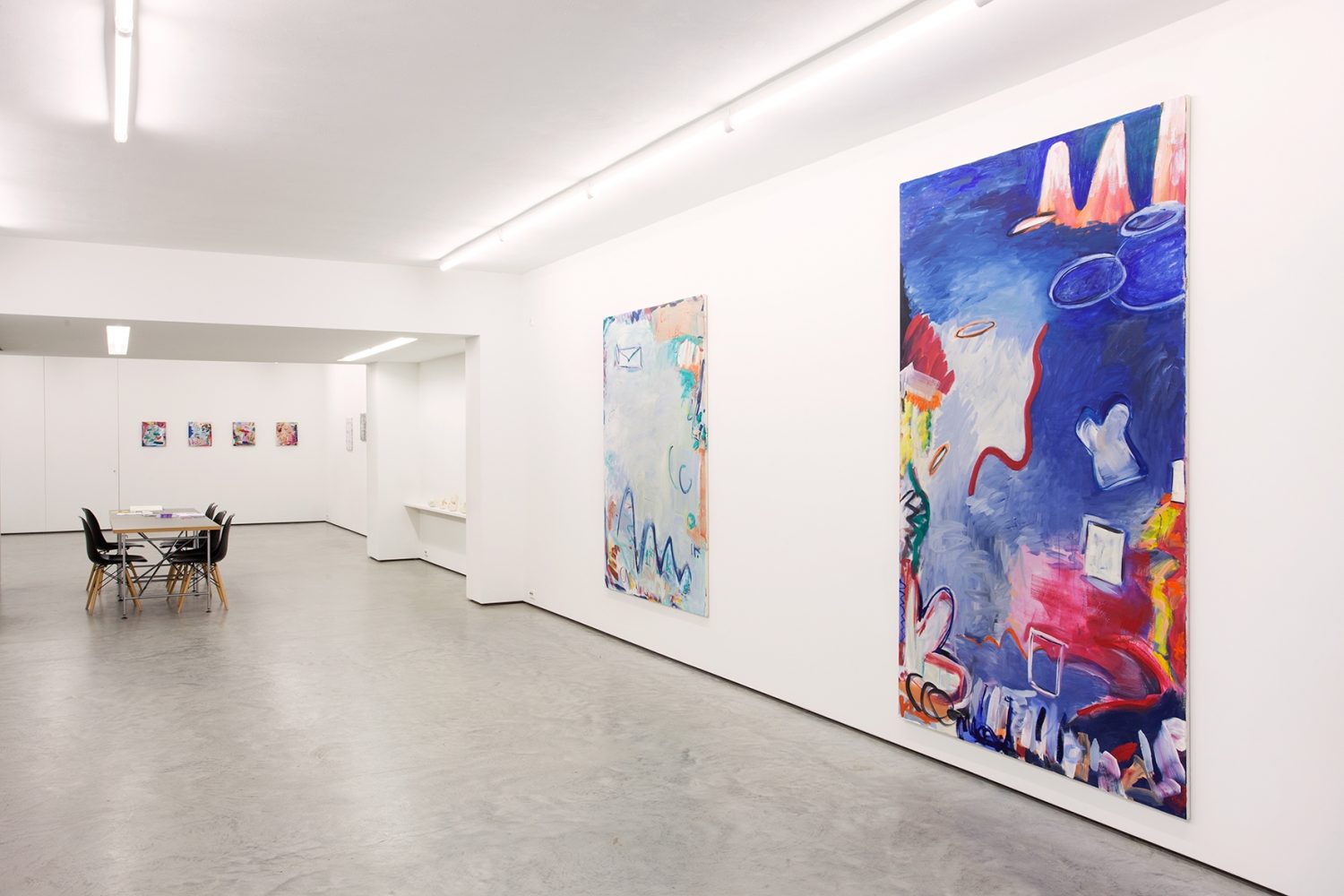 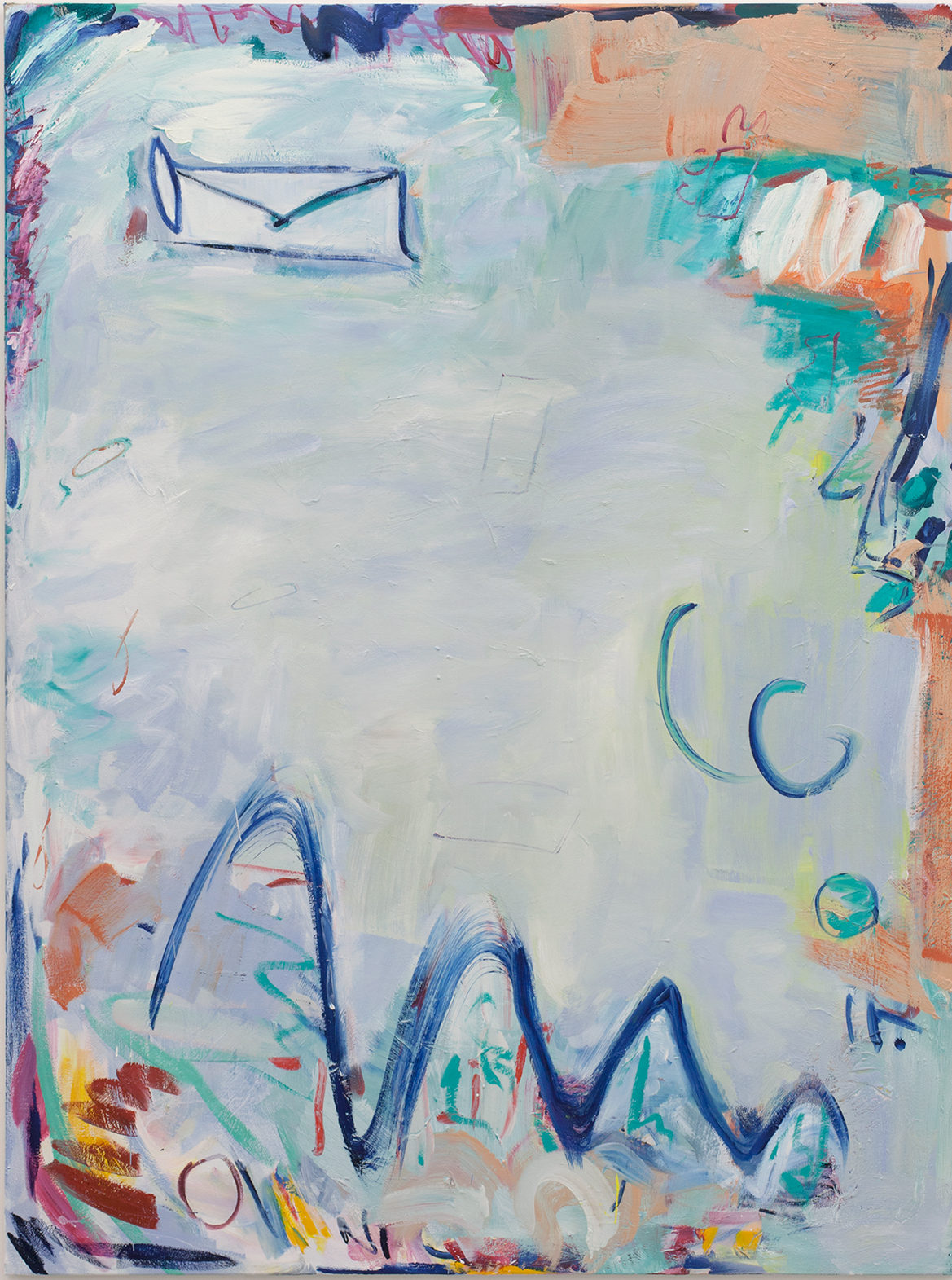 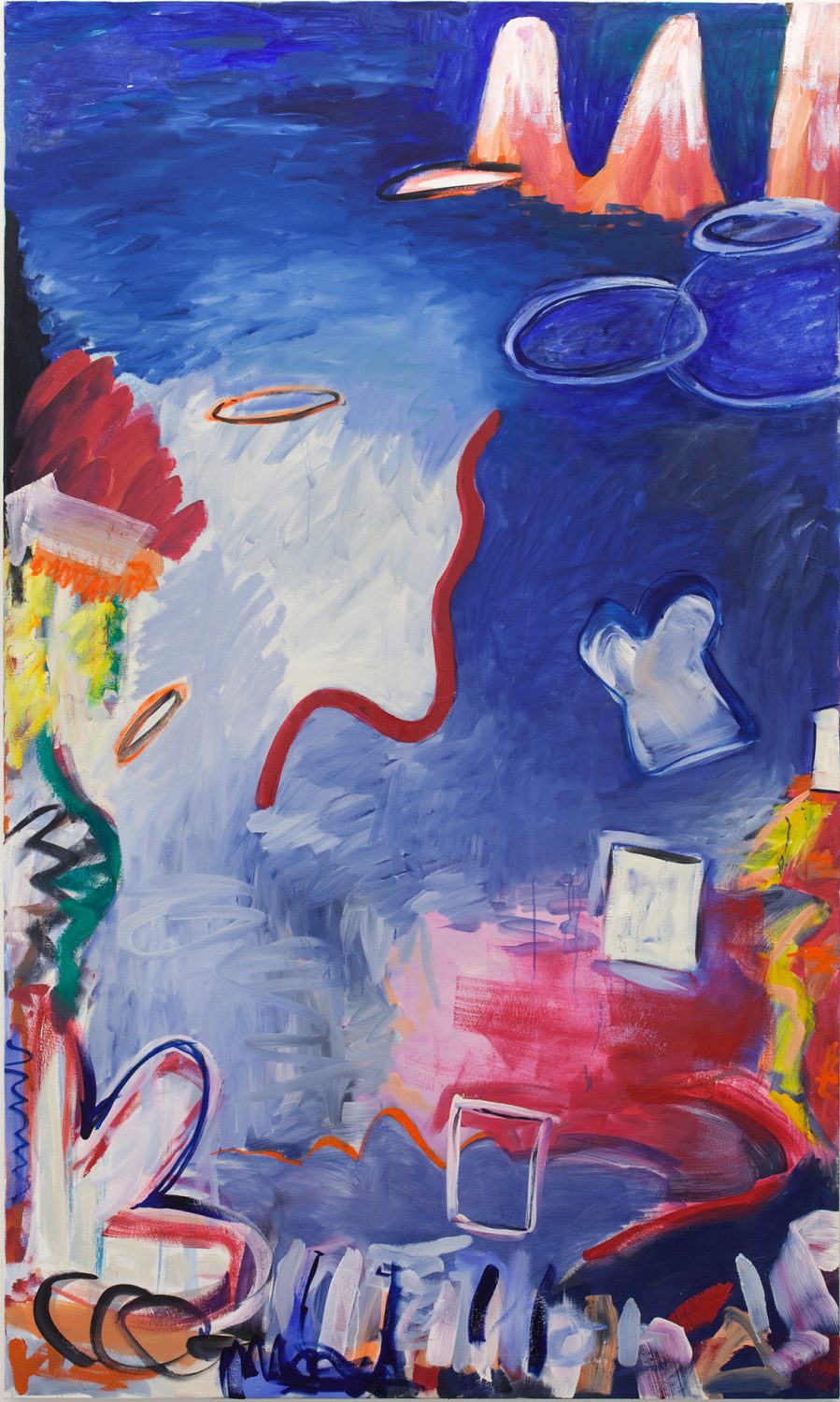 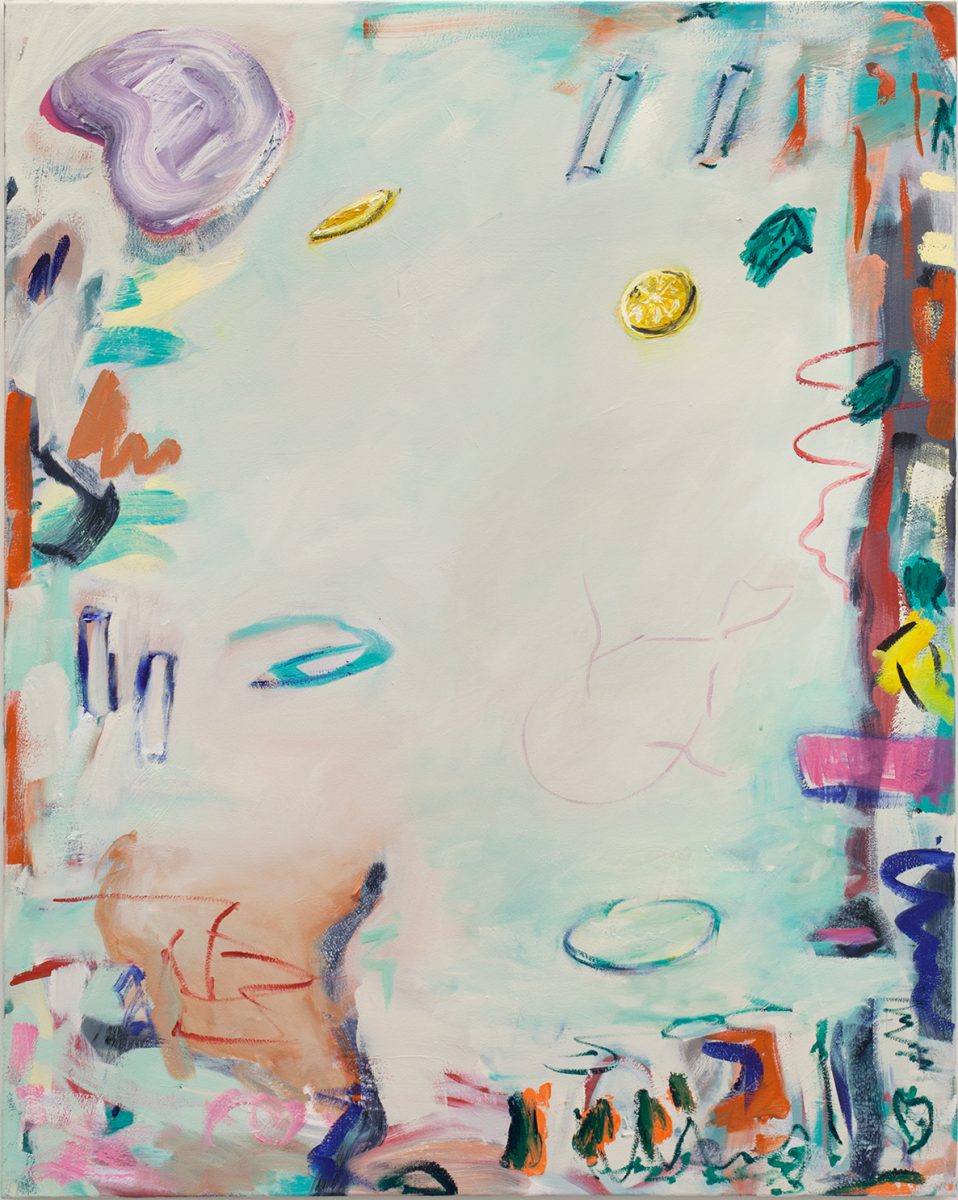 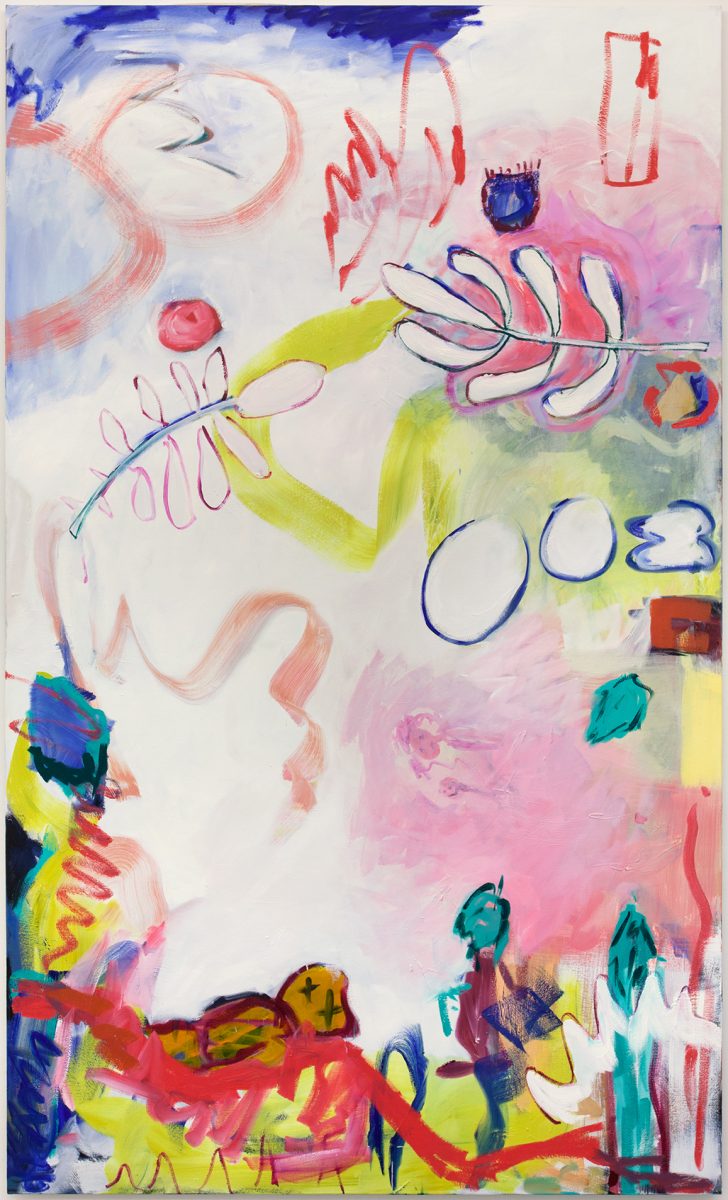 The works of Anouk van Zwieten (NL, 1991) are painterly crystallizations of all that she experiences in her day-to-day life. Often a painting begins with a quick drawing in paint on the canvas. That drawing gives rise to associations, to which she then responds. A form takes shape; on top of that comes another drawing, and new forms take shape; and it goes on like that: Van Zwieten’s approach is intuitive and has a fun-loving, cavorting character. Perhaps that is partly due to the fact that her works always involve recognizable objects from reality, anything from lemons, cigarettes, dead fish and cans to industrial areas. But the most intriguing aspect of her ‘crowded’ paintings is, in fact, a certain emptiness. The abundance of forms and objects is supported, as it were, by parts of the image that have been painted away. The tension of suggestion determines the appeal of Van Zwieten’s whirling works. Van Zwieten: “I observe reality like a kind of crime scene and connect it with my gestures as a painter, not to be recognized as specific brushstrokes or as the objects’ image itself, but to compose new observations and feelings on canvas.”

Anouk van Zwieten was born in Amsterdam (1991, NL) and lives and works in Utrecht (NL). After her graduation from the Hogeschool van de Kunsten in Utrecht in 2017, she was nominated for several awards and stipends, like the Royal Prize for Painting, in 2017. Her work was part of group exhibitions at de Pastoe Factory, Utrecht (2017, NL): Kunstruimte De Nederlandsche Bank, Amsterdam (2017, NL); Paleis op de Dam, Amsterdam (2017, NL); WATCHAMACALLIT, Utrecht (2017, NL) and several group shows at tegenboschvanvreden. The work of Anouk van Zwieten is part of several private and corporate collections.