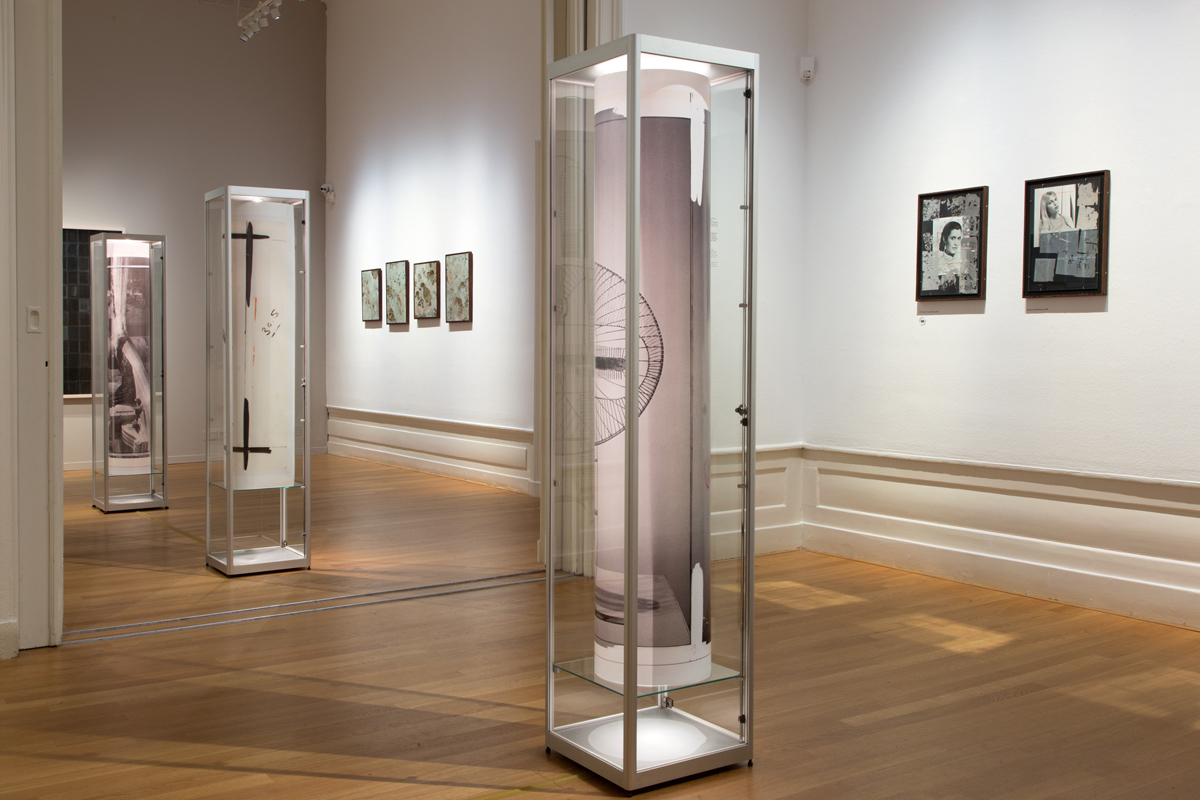 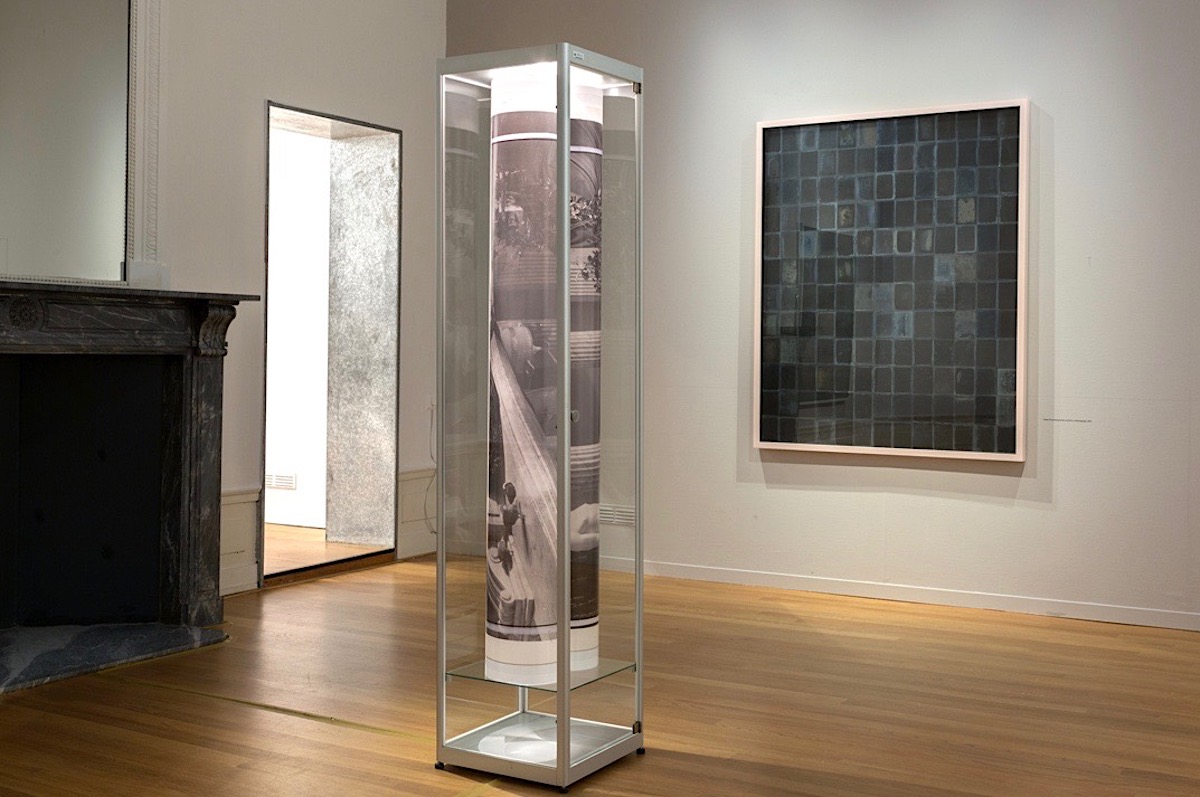 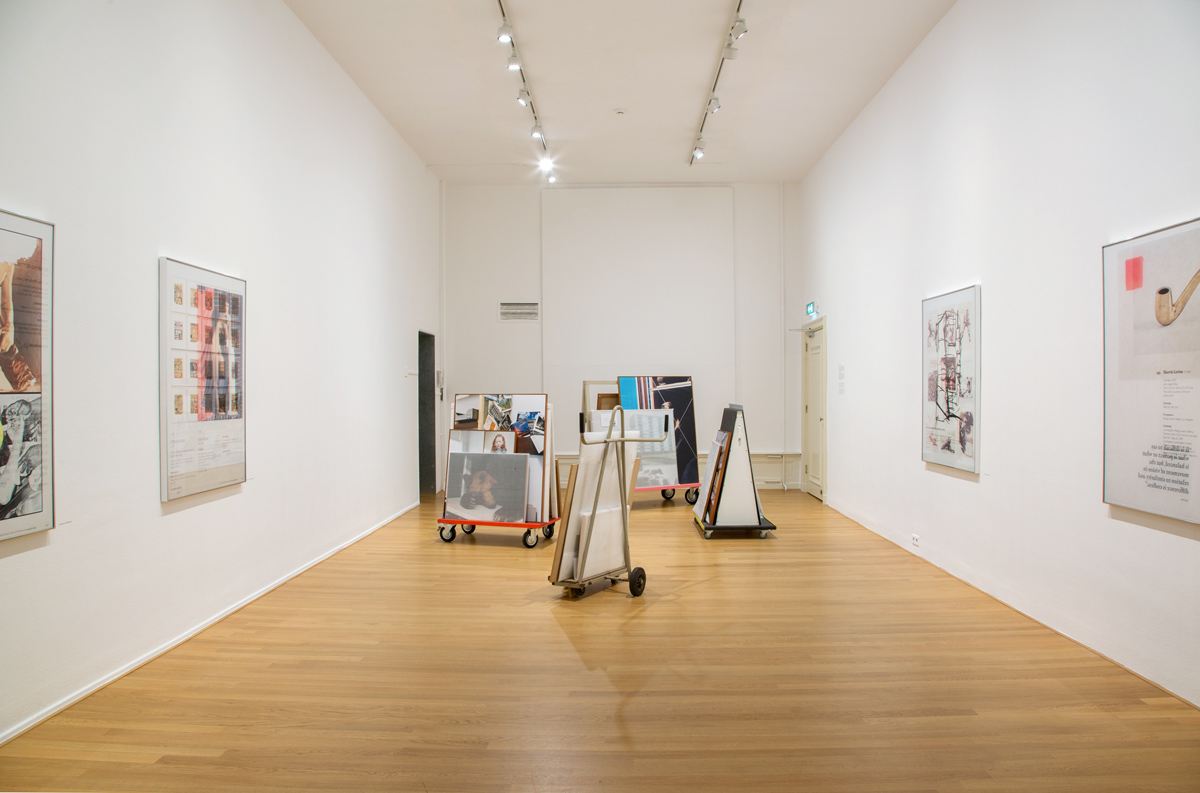 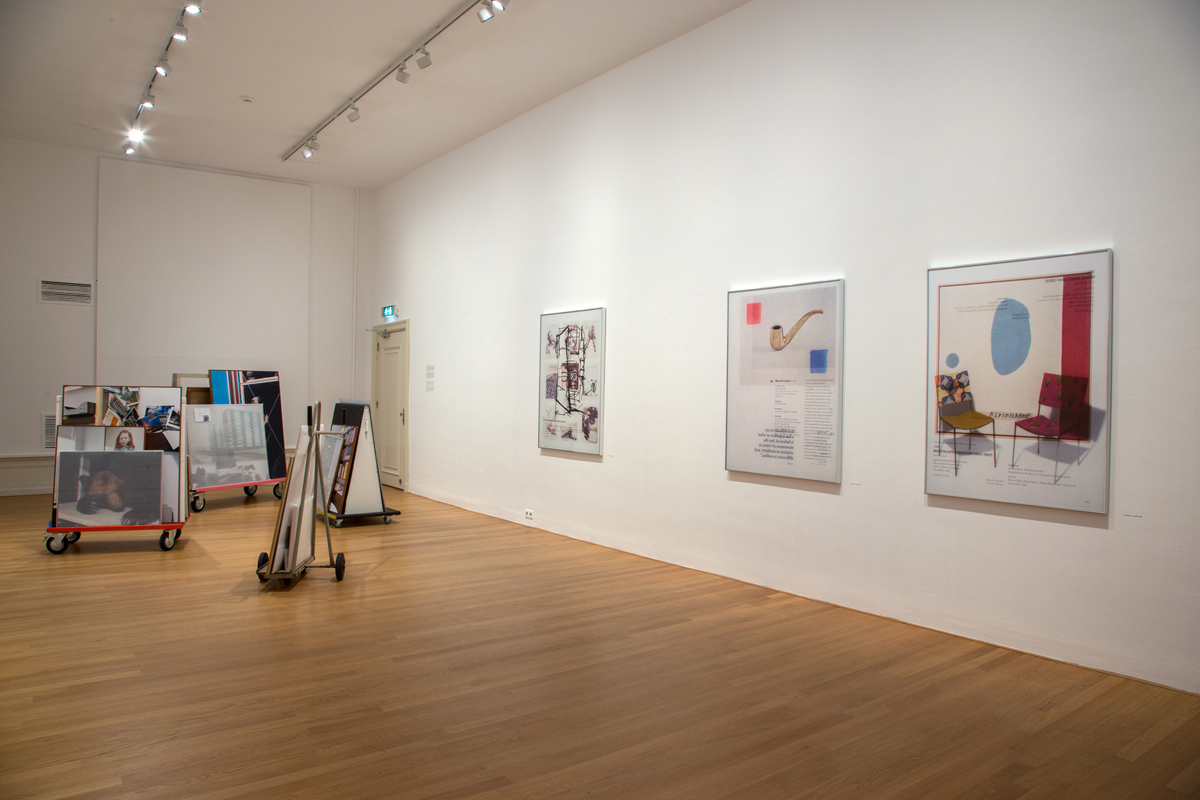 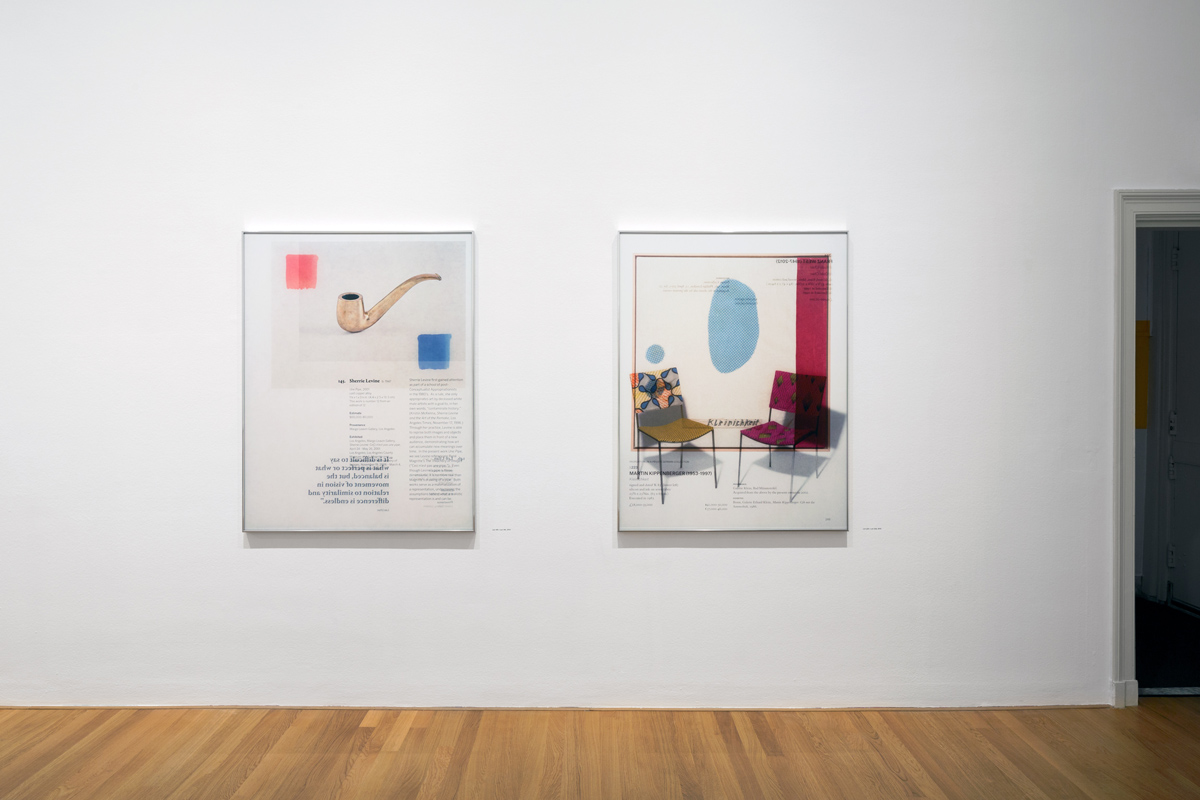 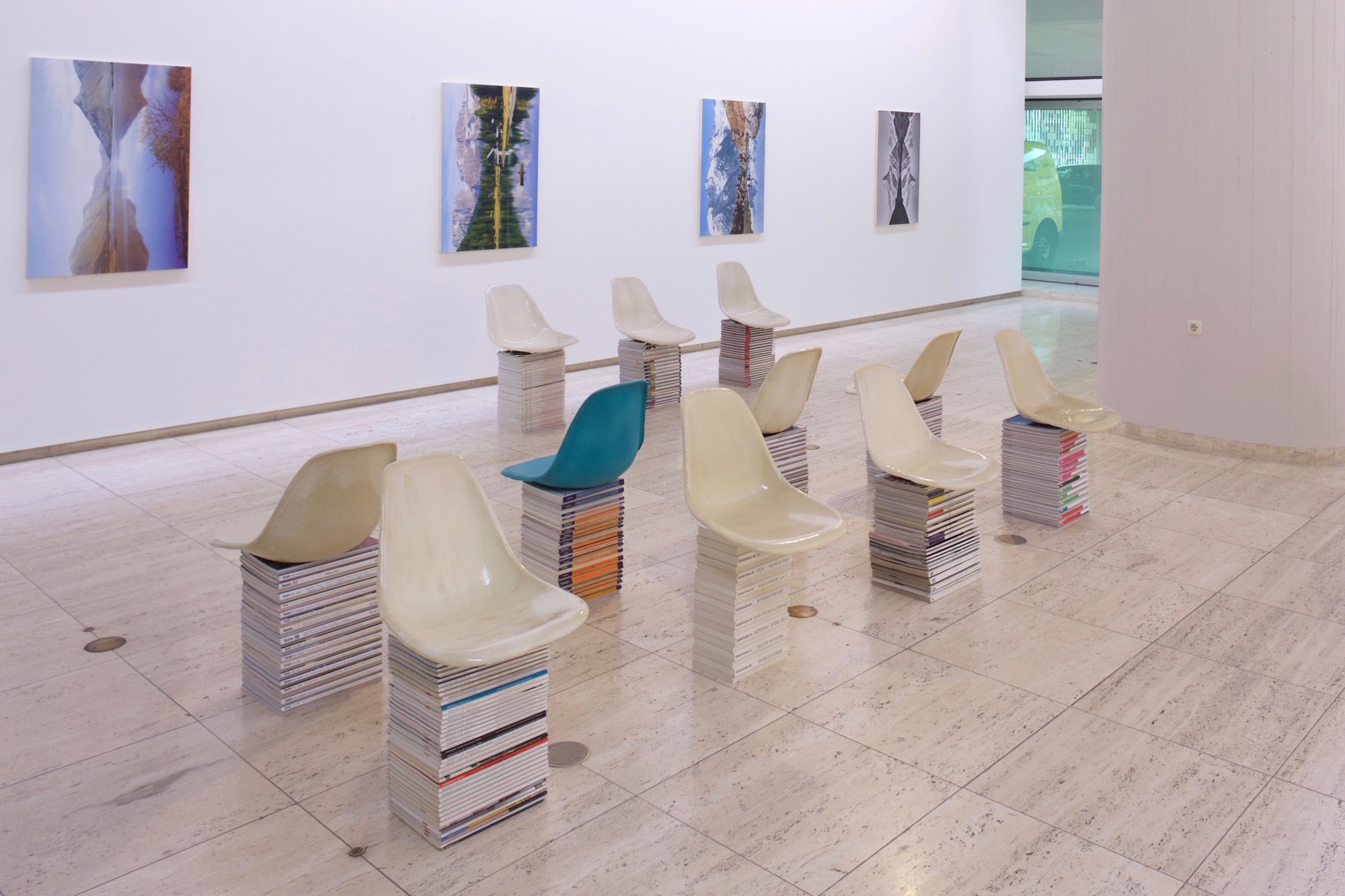 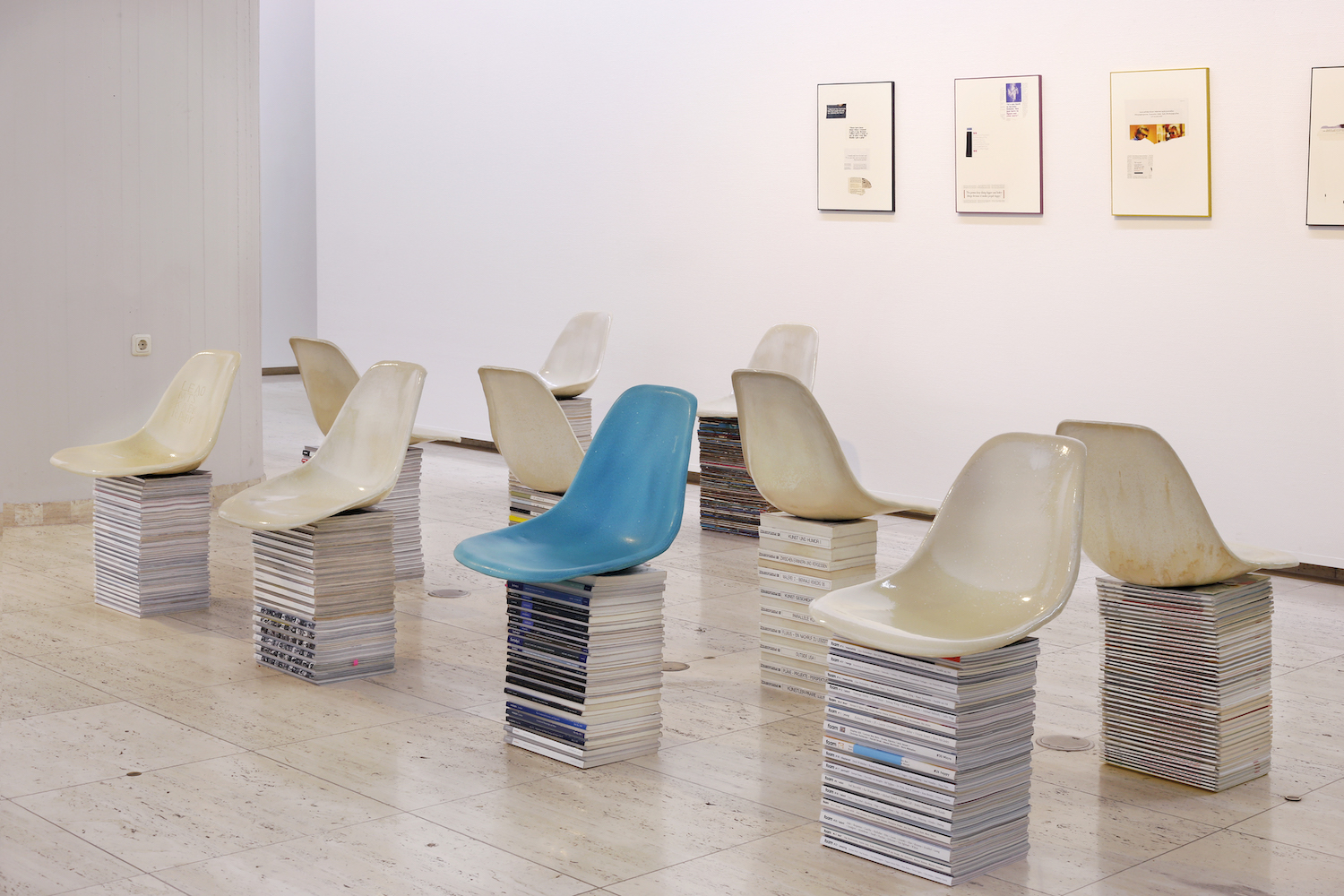 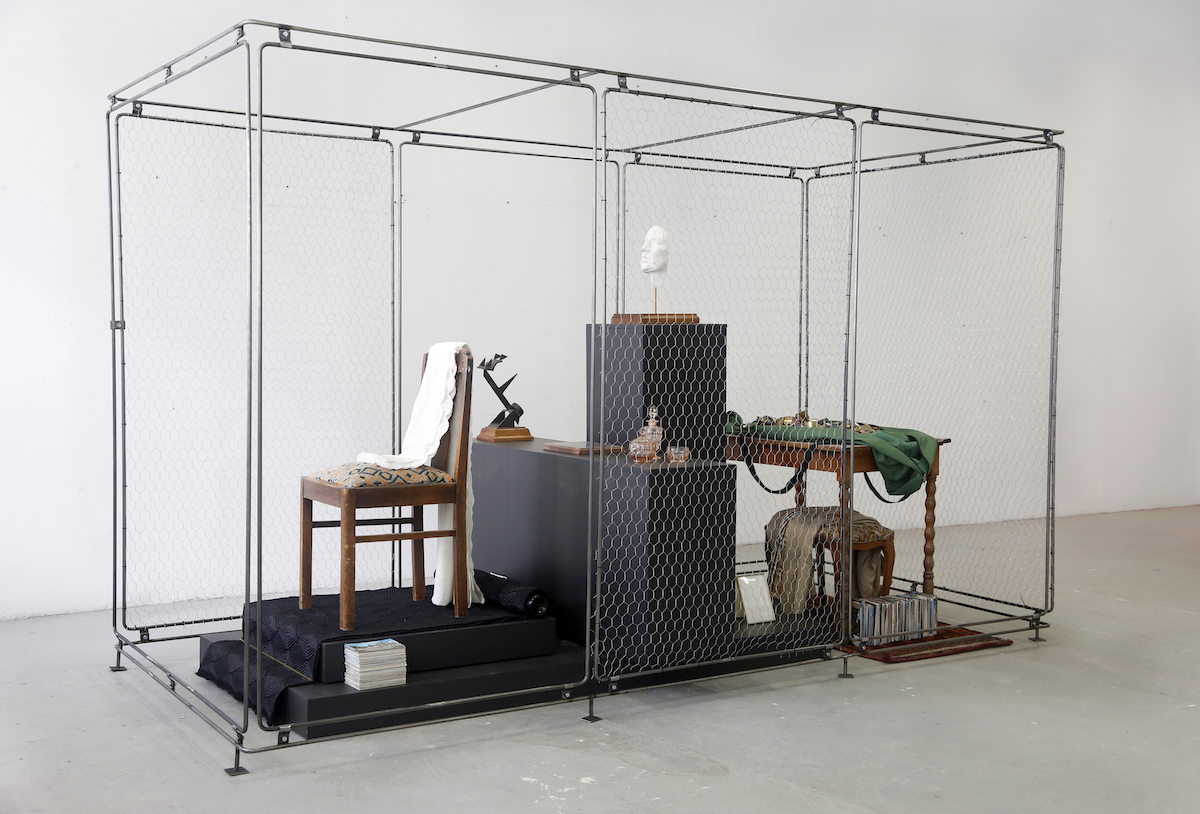 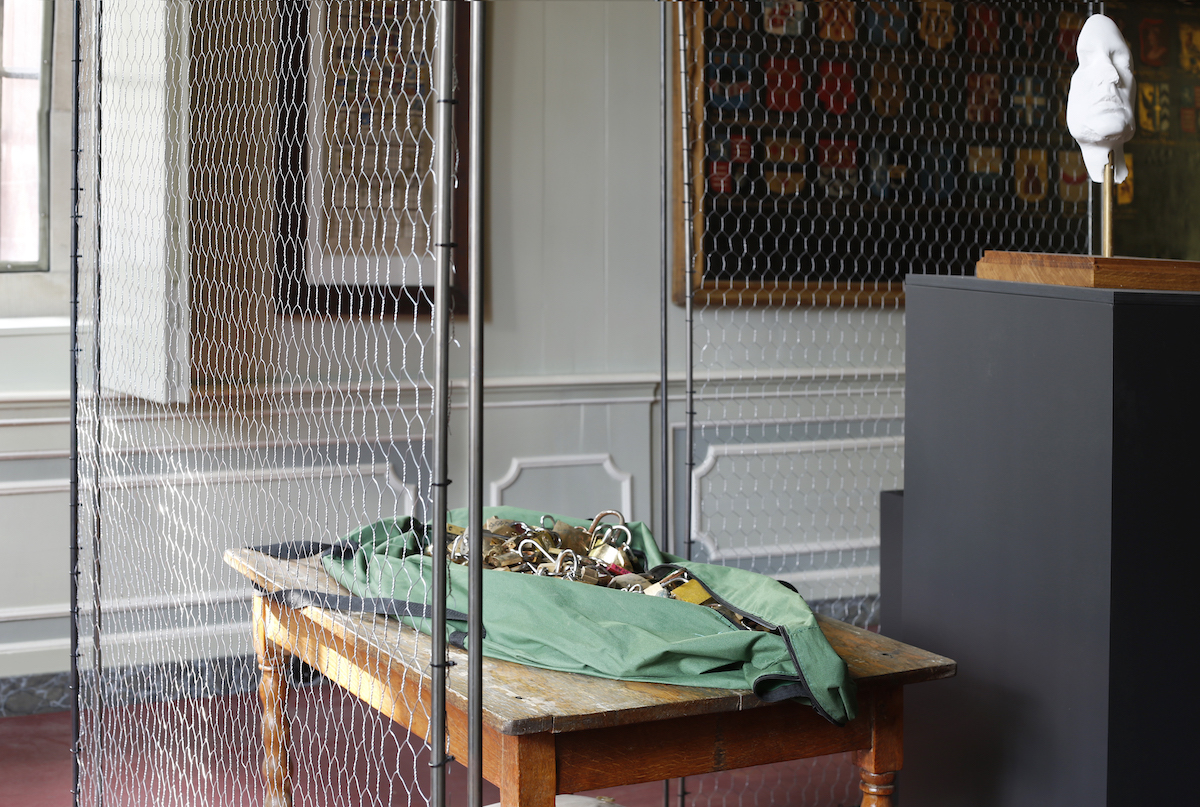 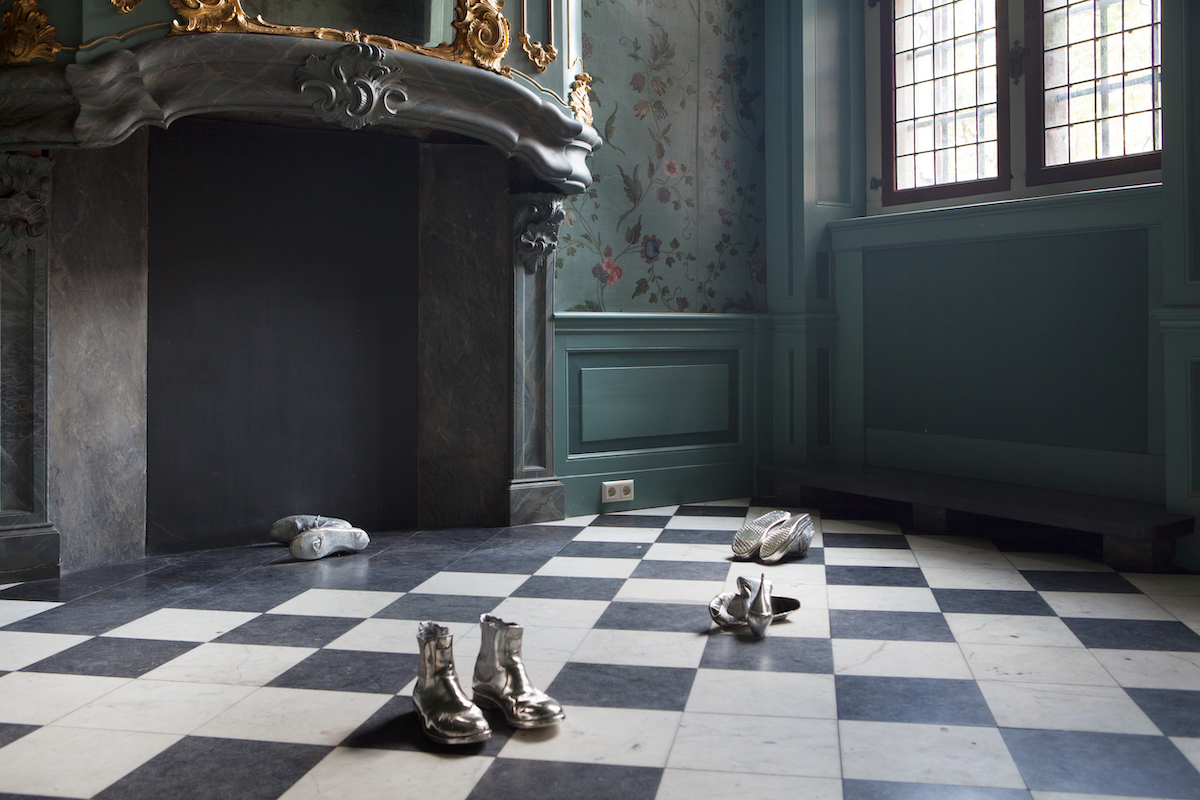 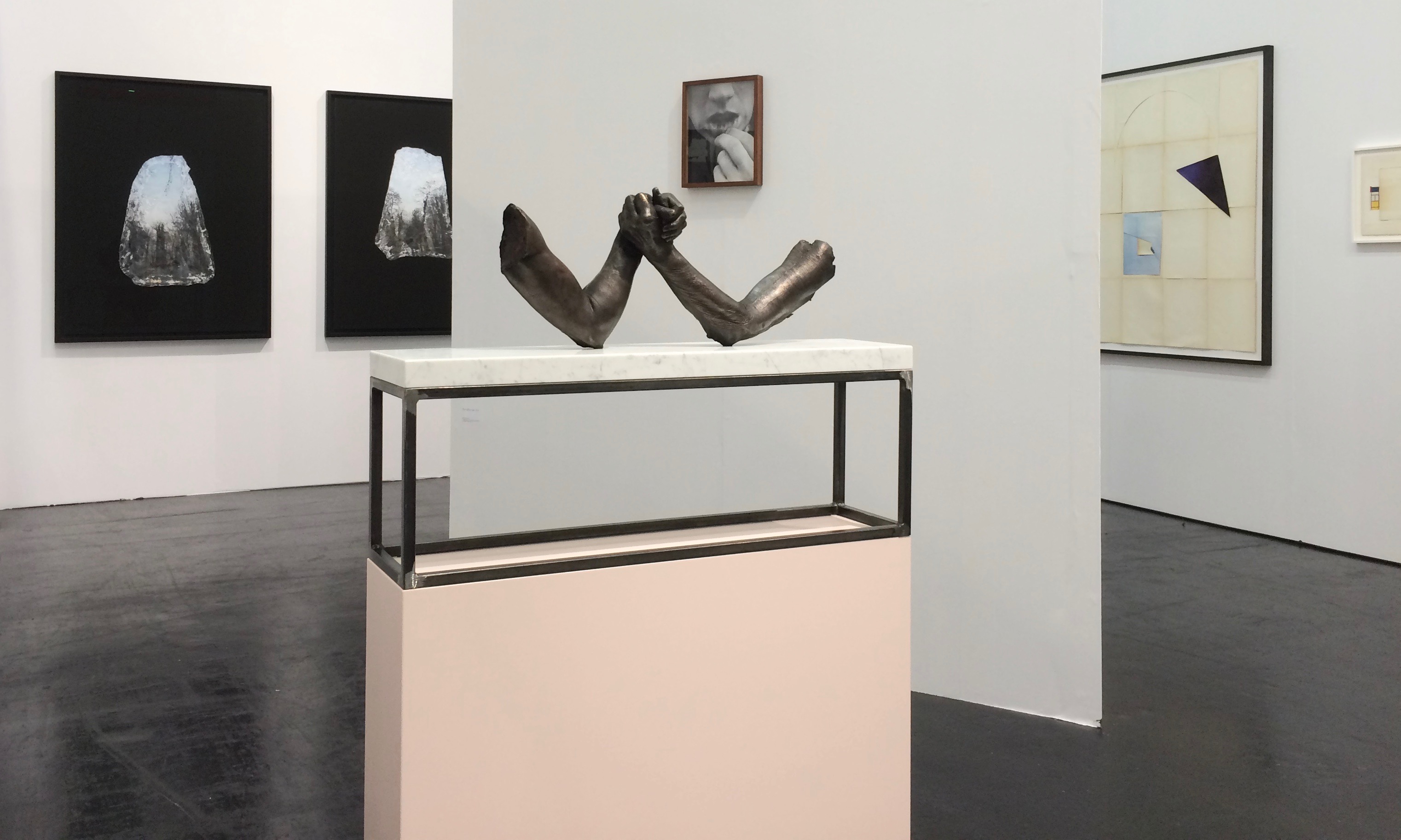 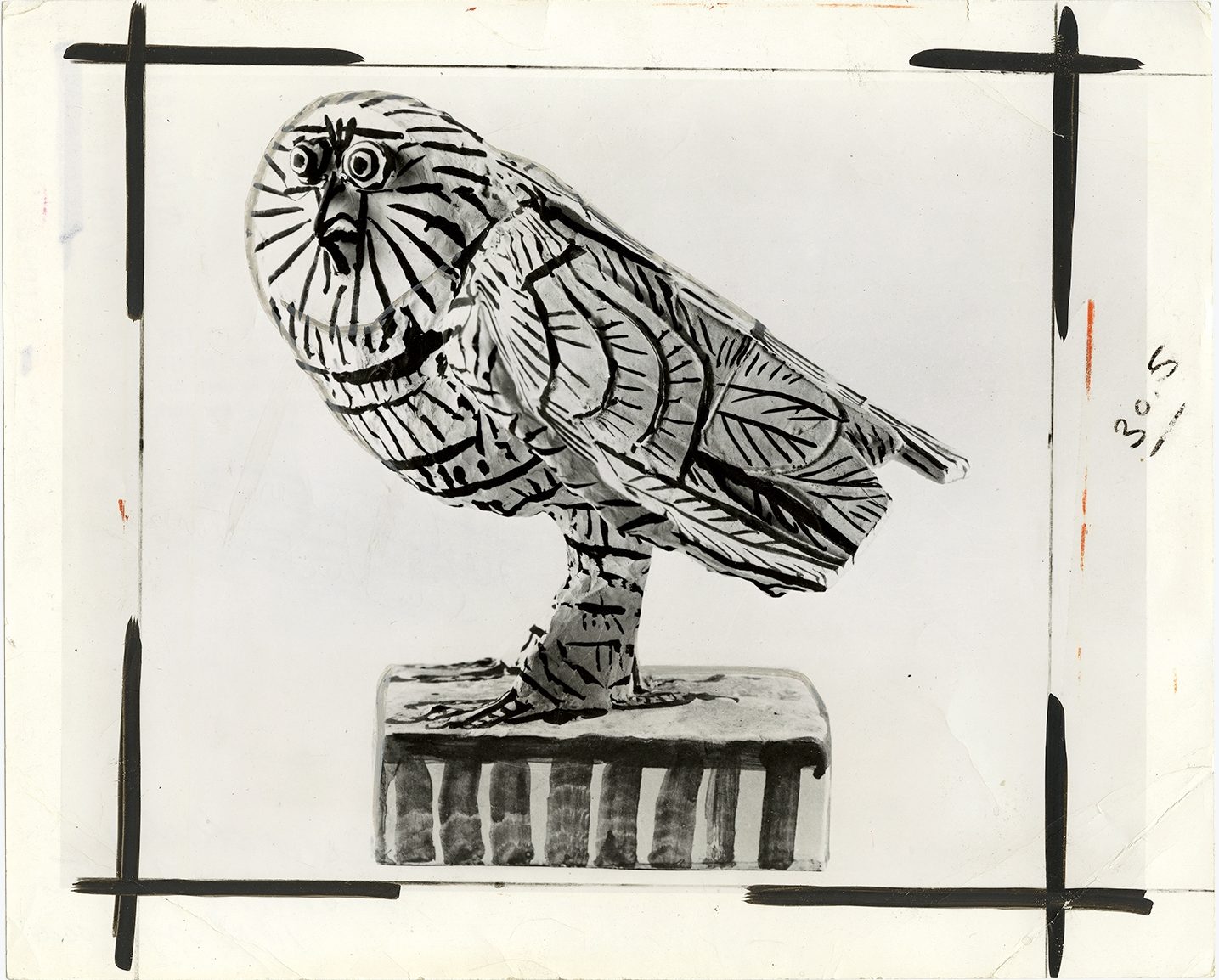 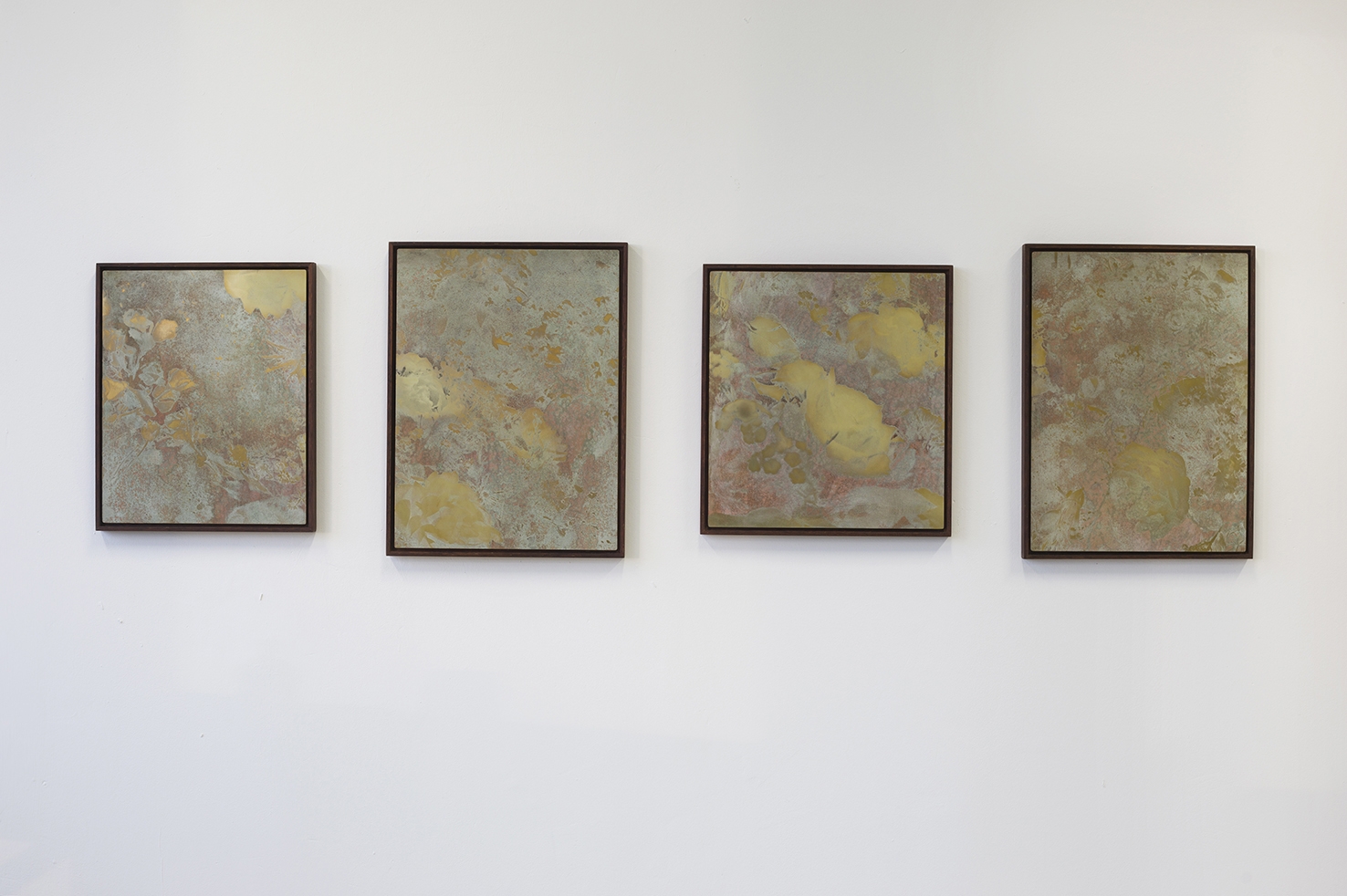 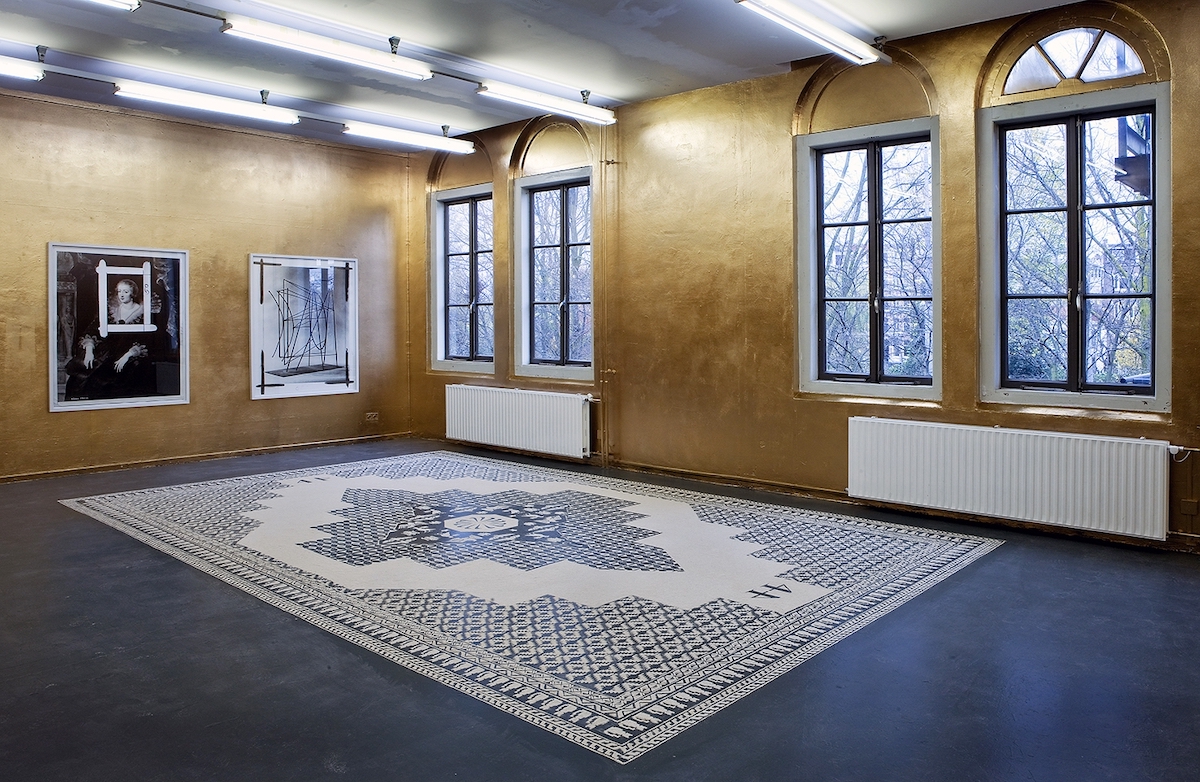 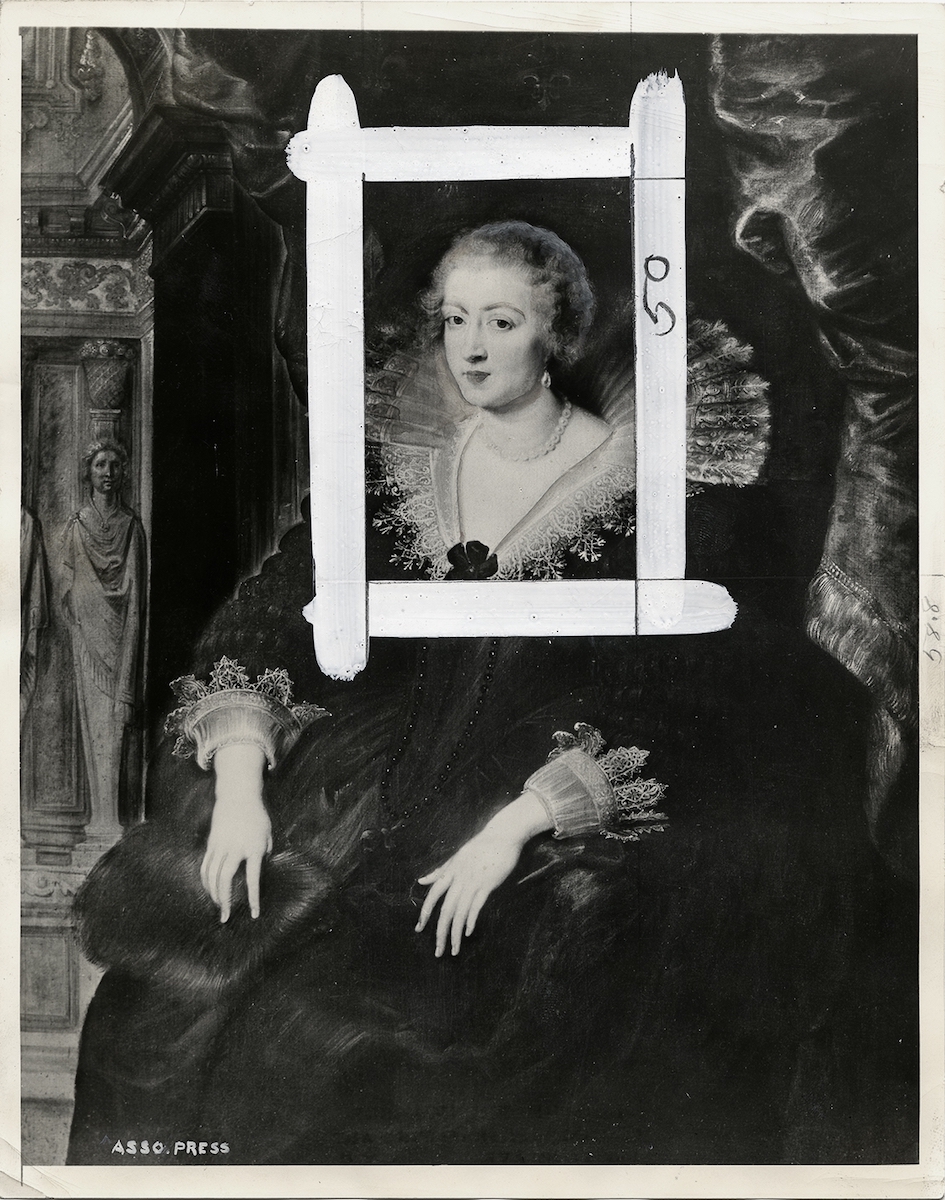 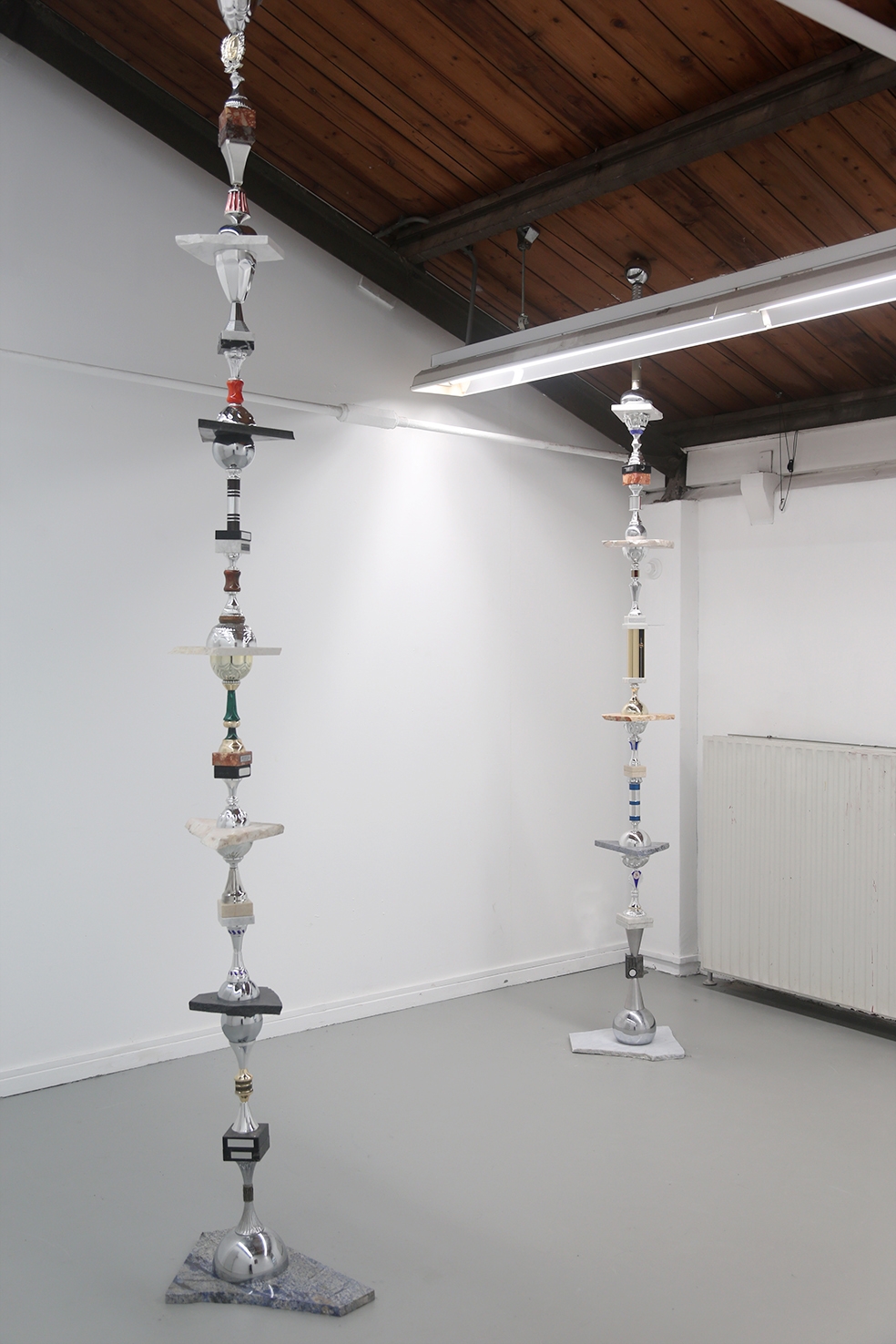 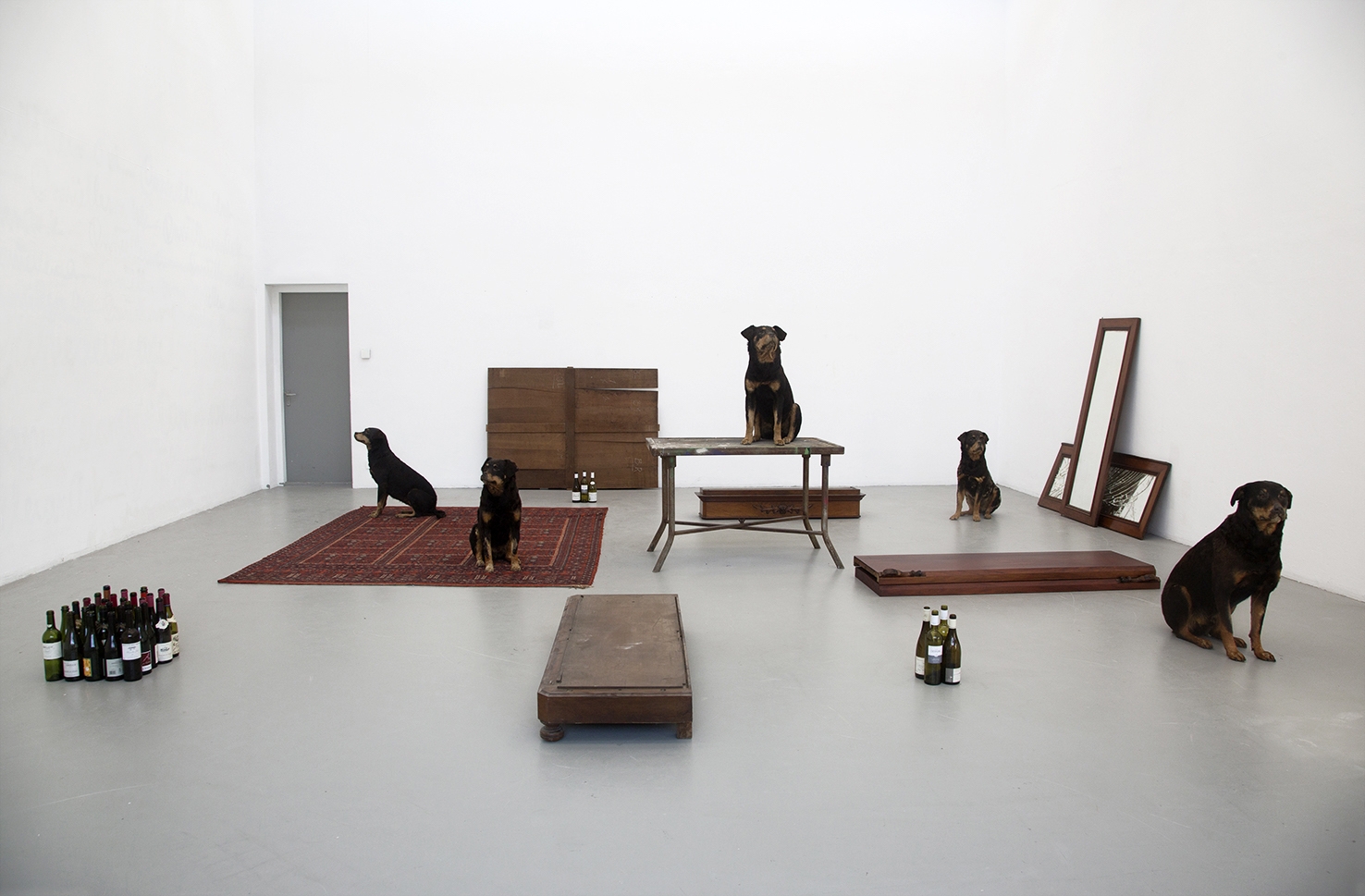 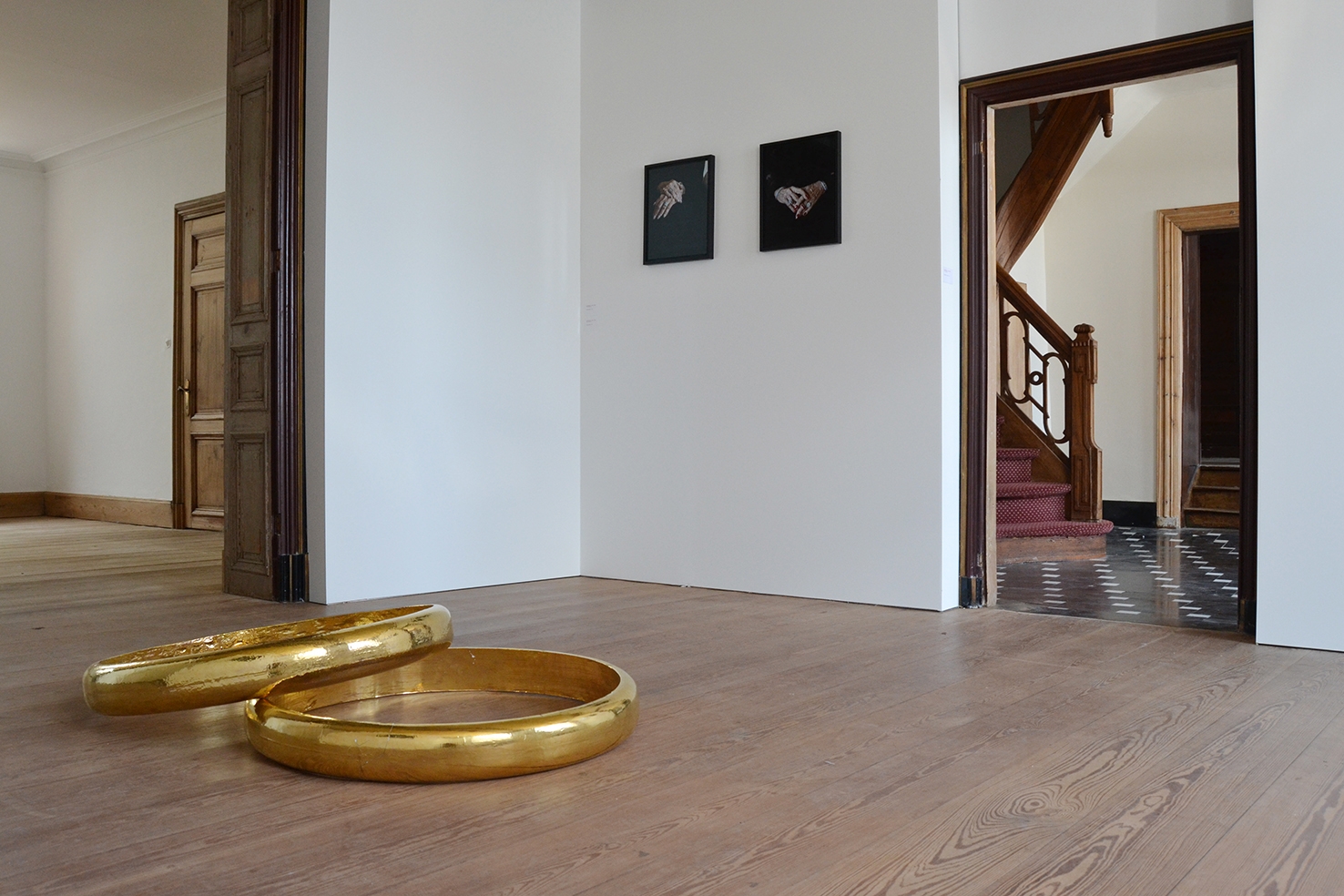 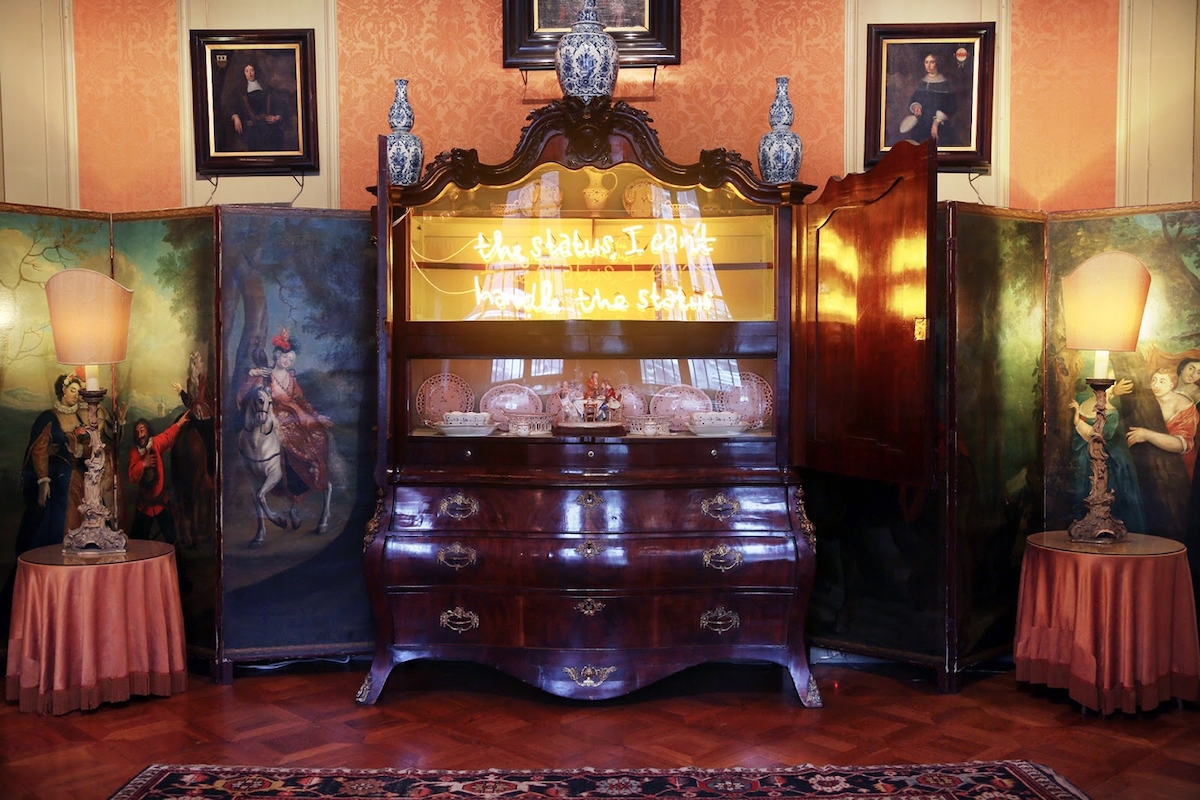 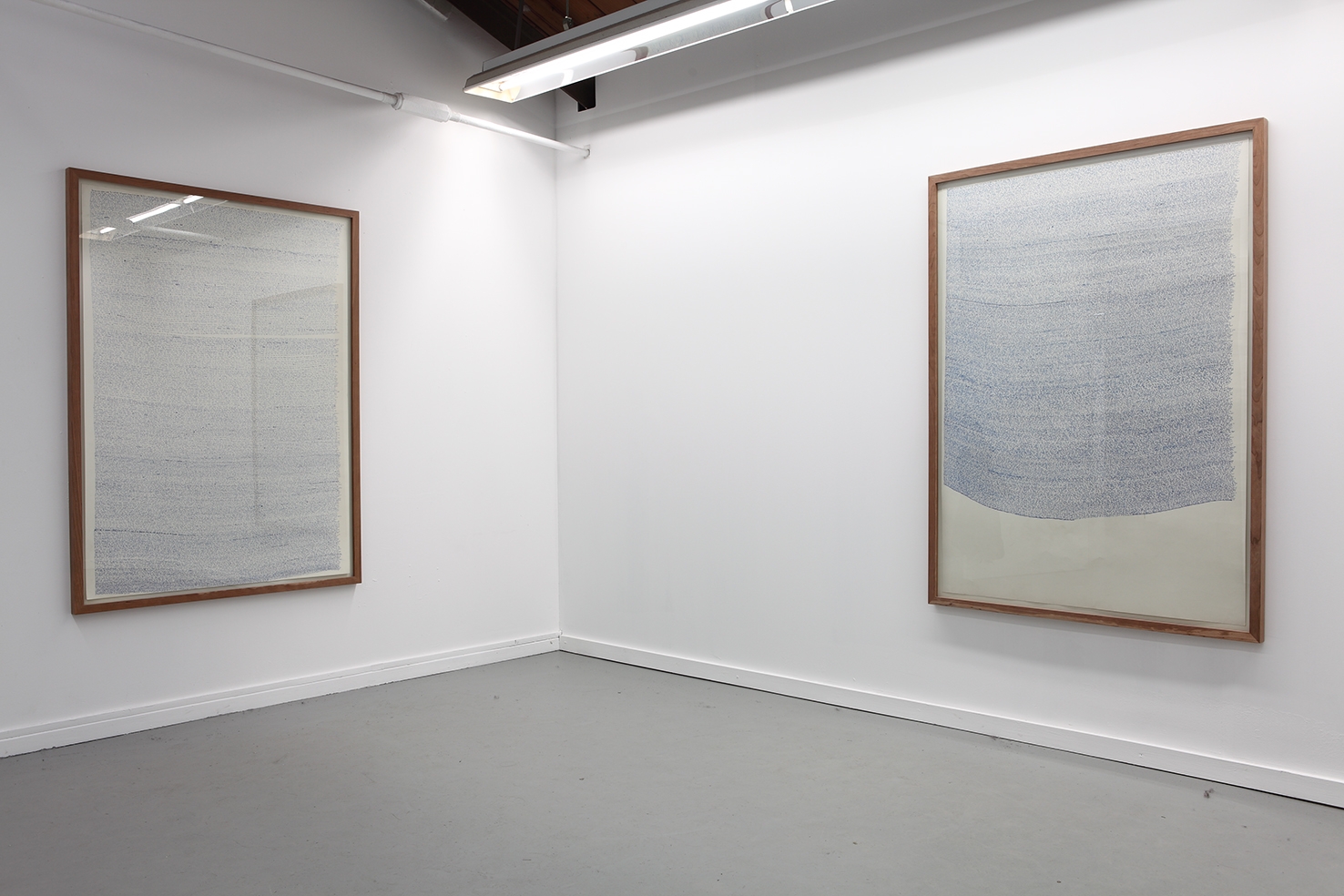 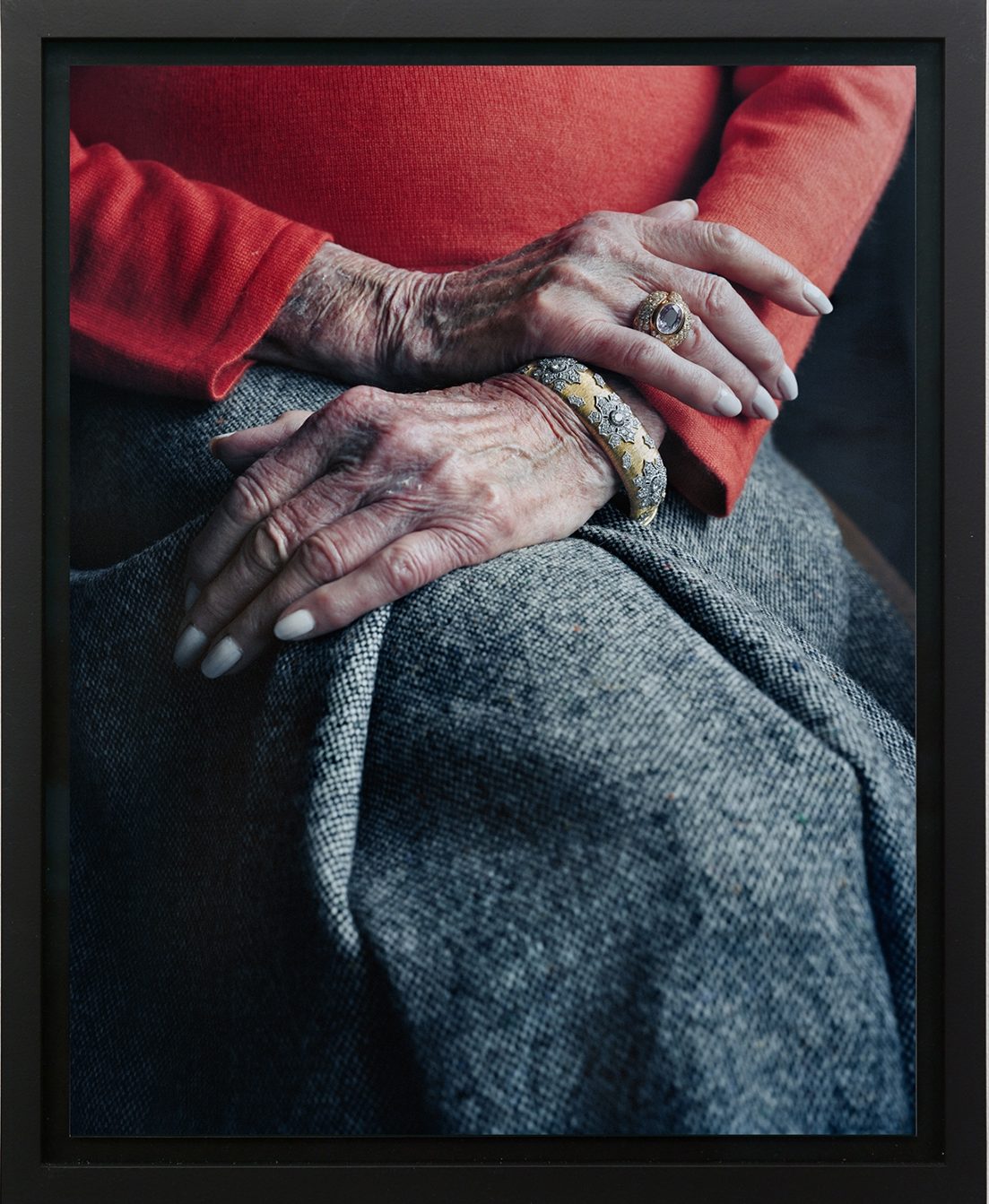 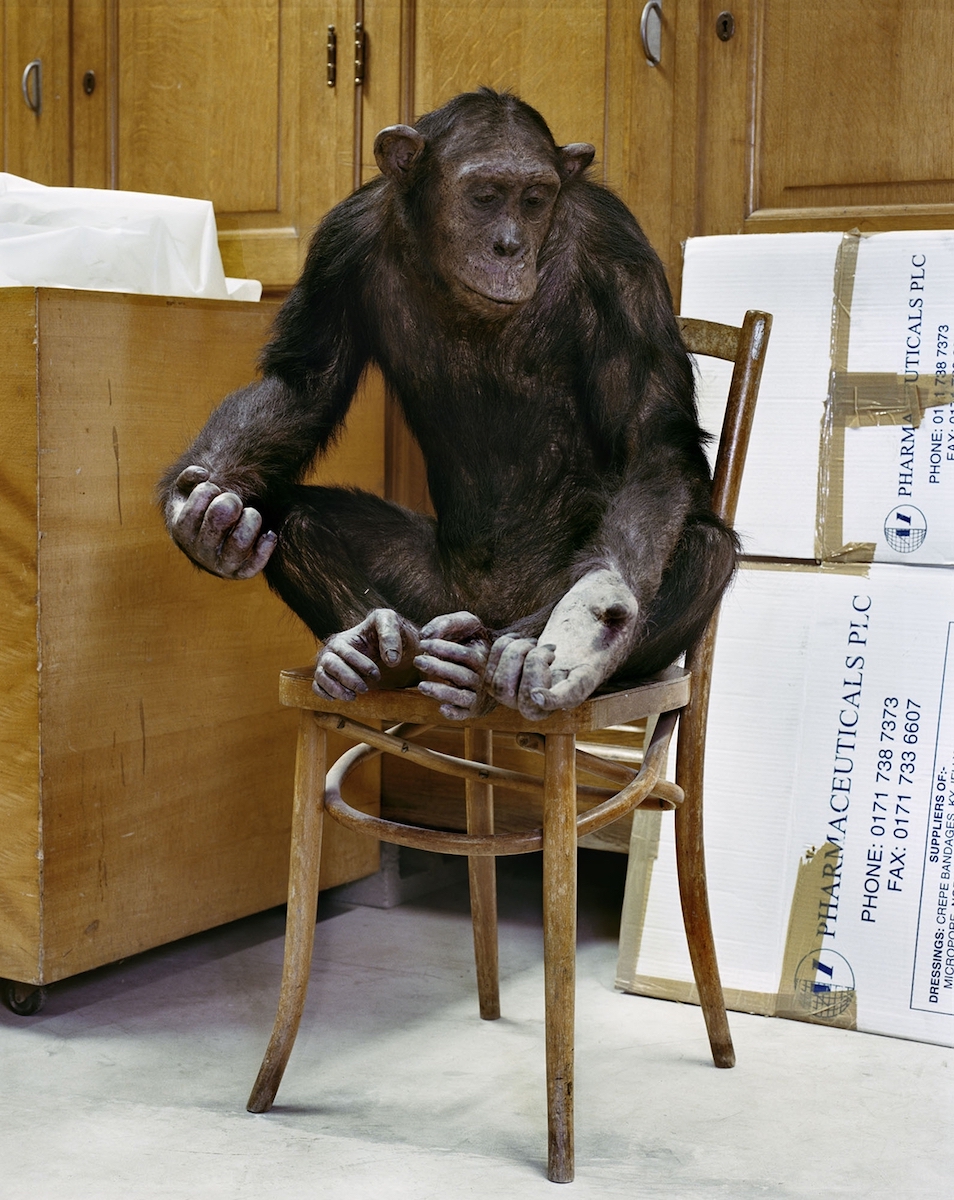 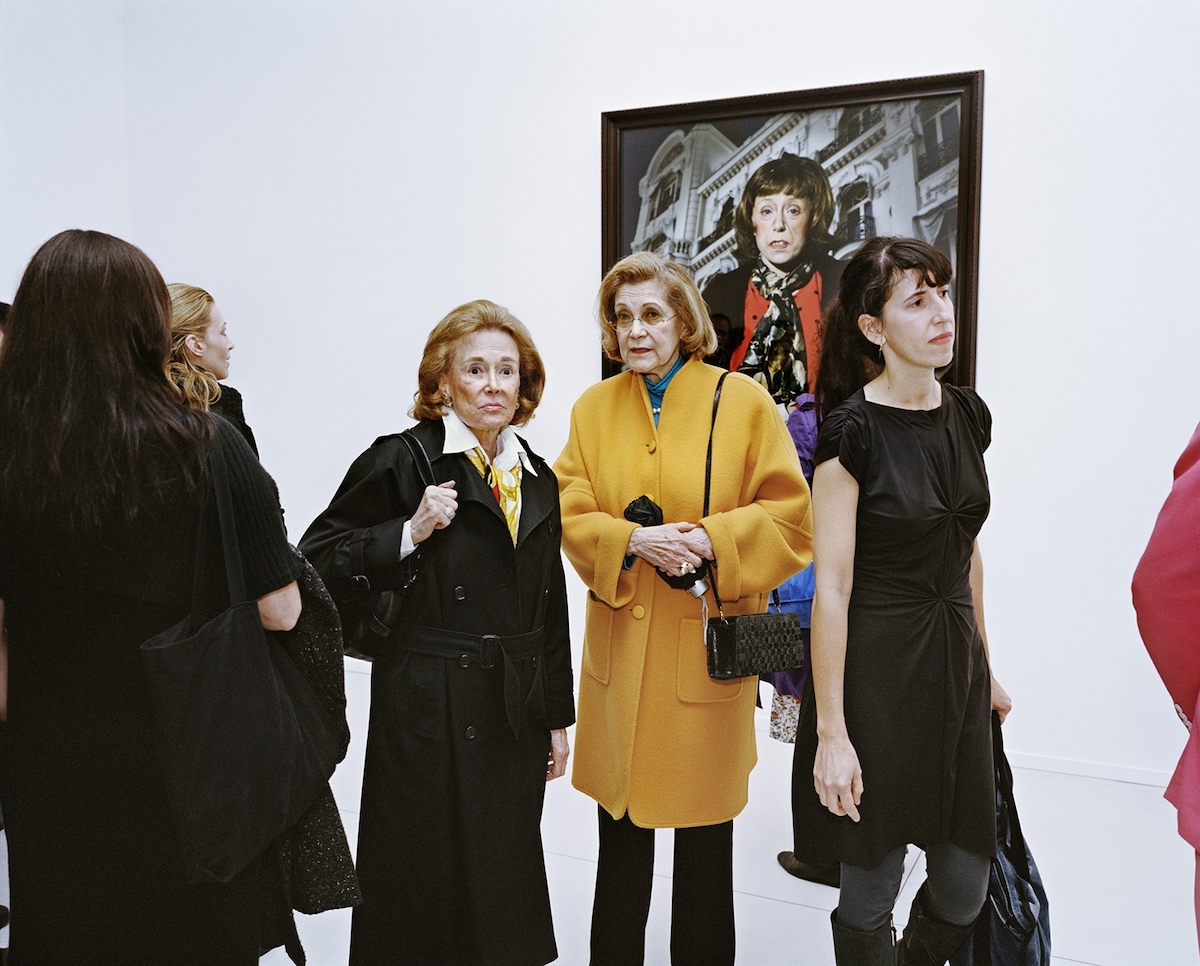 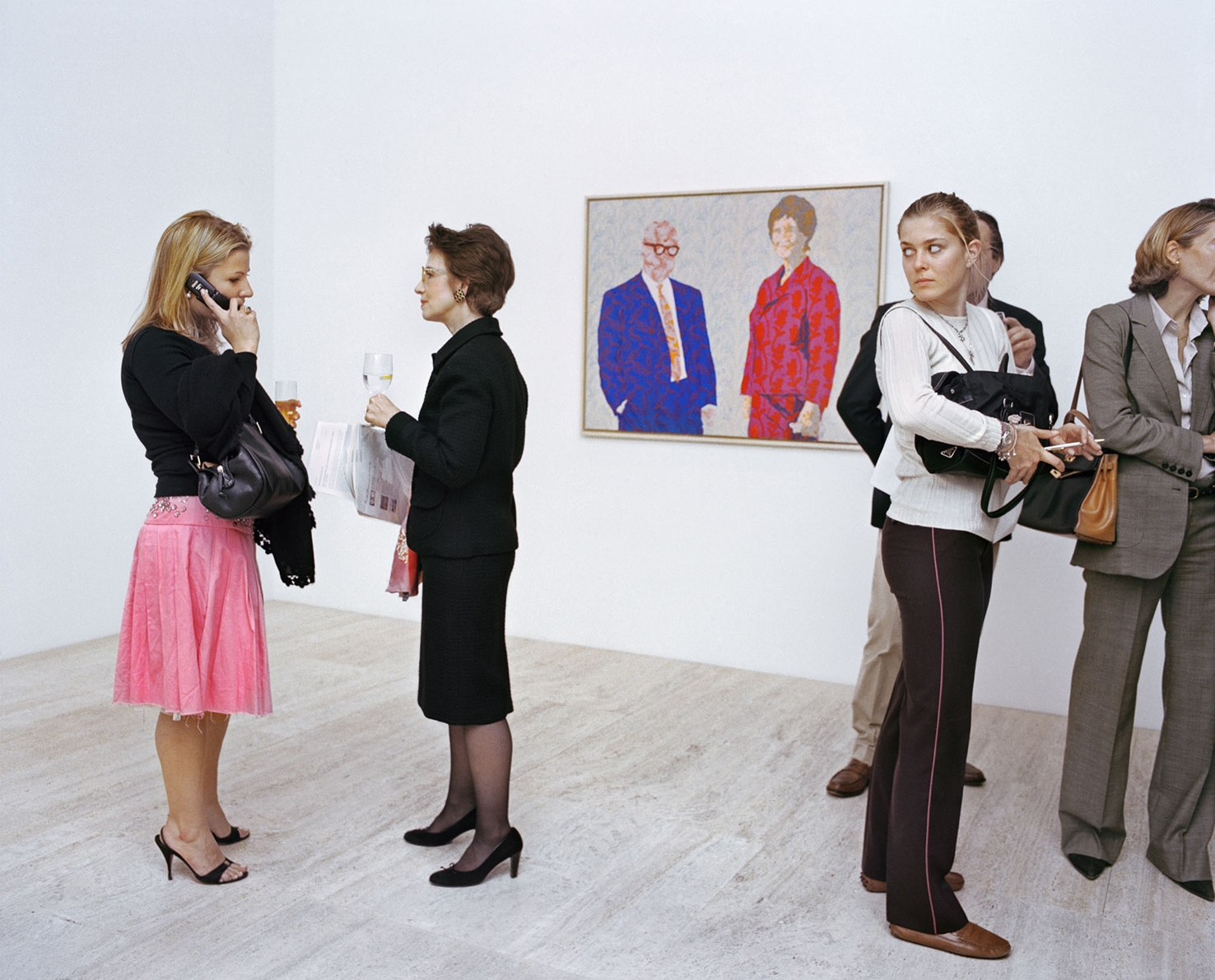 Daniëlle van Ark started her artistic career as a photographer. She made her international breakthrough with her series For Art’s Sake – shown in Foam, Amsterdam, in 2006 – for which she captured the appearance and attitude of the New York art world during gallery openings in the New York neighborhood Chelsea. In 2012 she successfully decided to participate in the residency program of the Rijksakademie van Beeldende Kunsten in Amsterdam. Danielle van Ark is a multimedia artist and she has the unusual ability to arrive at an image quickly: her butterfly-like conceptual thought seems to find an appropriate form immediately. She takes inspiration from the visual language of diverse cultures and atmospheres. This can be music or the image bank of a news agency, but she can also be moved by fetish-like objects of historical value. Flexibility characterizes her artistic stance. A recurrent theme in her work is the passing of time: mortality as the inescapable shadow of status, fame and glamour, but also as the catalyst of existing relationships. Her work also contains both critical and playful visual ‘comments’ on (cultural) power structures. In her personal quest to fathom things as they are, Van Ark invites the viewer to follow her gaze and her hand.

Daniëlle van Ark was born in Schiedam, NL, in 1974. She graduated as a photographer from the Royal Academy in The Hague in 2005. She spent a period in New York, became known as a photographer and won several prizes. In 2012 she decided to broaden her horizons and she started working in other media. She was a resident at the Rijksakademie van Beeldende Kunsten in 2012 and 2013. In 2015/16 she had her first solo exhibition at tegenboschvanvreden. She has made solo-presentations in a.o. Foam, Amsterdam (2018, NL); Kunstruimte De Nederlandsche Bank, Amsterdam (2017, NL); AMC Brummelkamp galerie, Amsterdam (2014, NL); Museum Van Loon, Amsterdam (2012,NL). Her work was also part of group exhibitions in a.o. Museum Kranenburgh, Bergen (2018, NL);  Rijksmuseum van Oudheden, Leiden (2018, NL); Van Doesburghuis, Meudon (2017, FR);  Oude Kerk, Amsterdam (2016, NL); Kunstvereniging Diepenheim, Diepenheim (2015, NL); Nest, The Hague (2014, NL); Huis Marseille, Amsterdam (2012, NL), GEM, The Hague (2012, NL). Van Ark’s work is part of public and private collections at home and abroad.